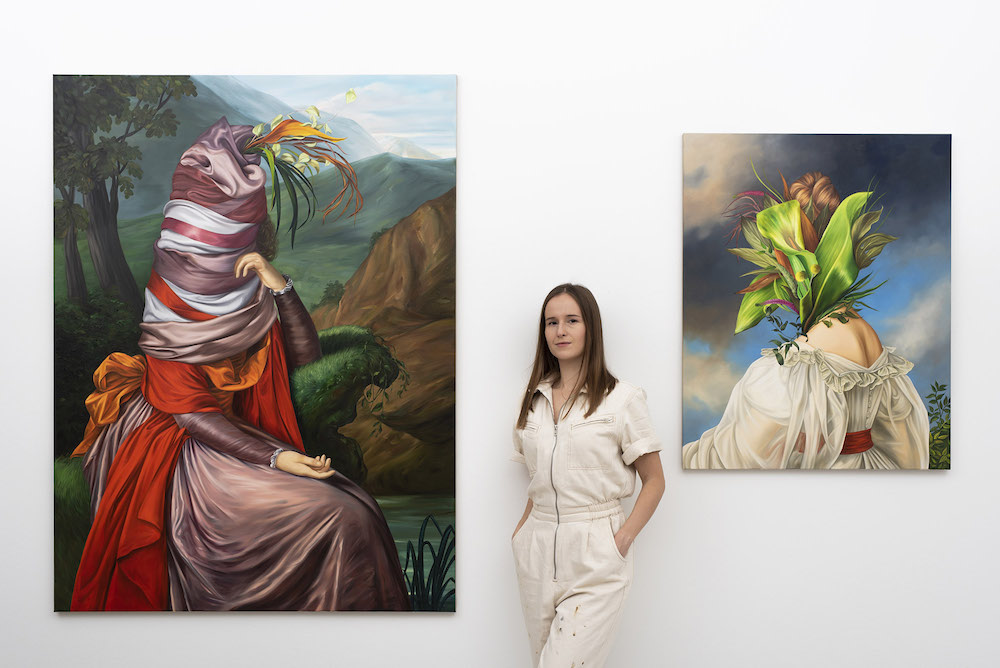 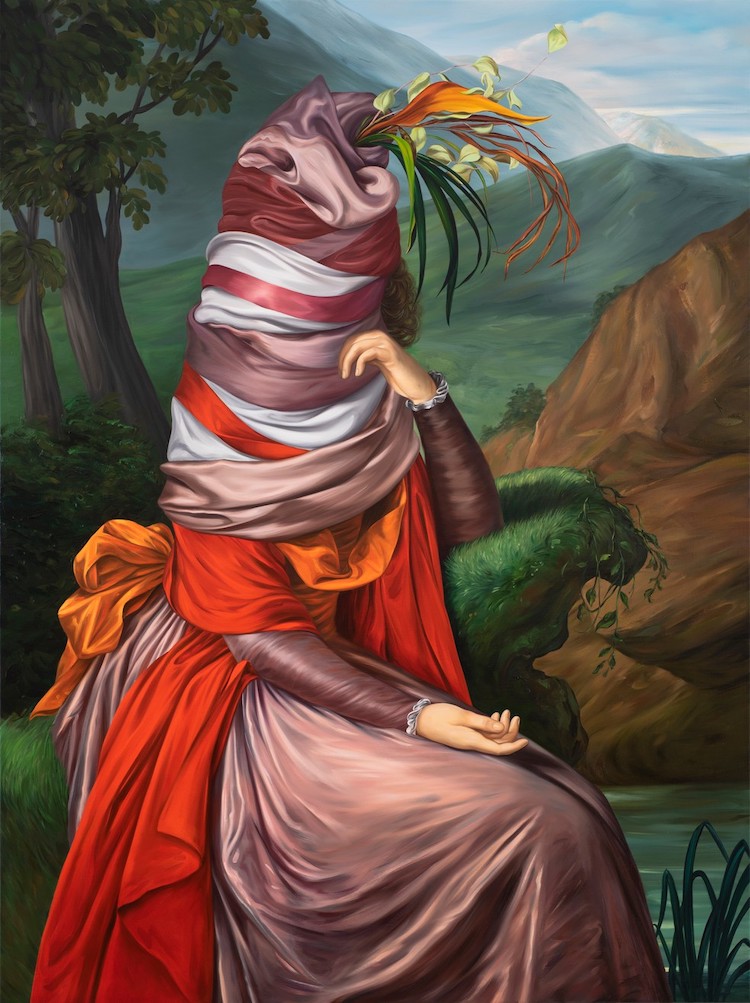 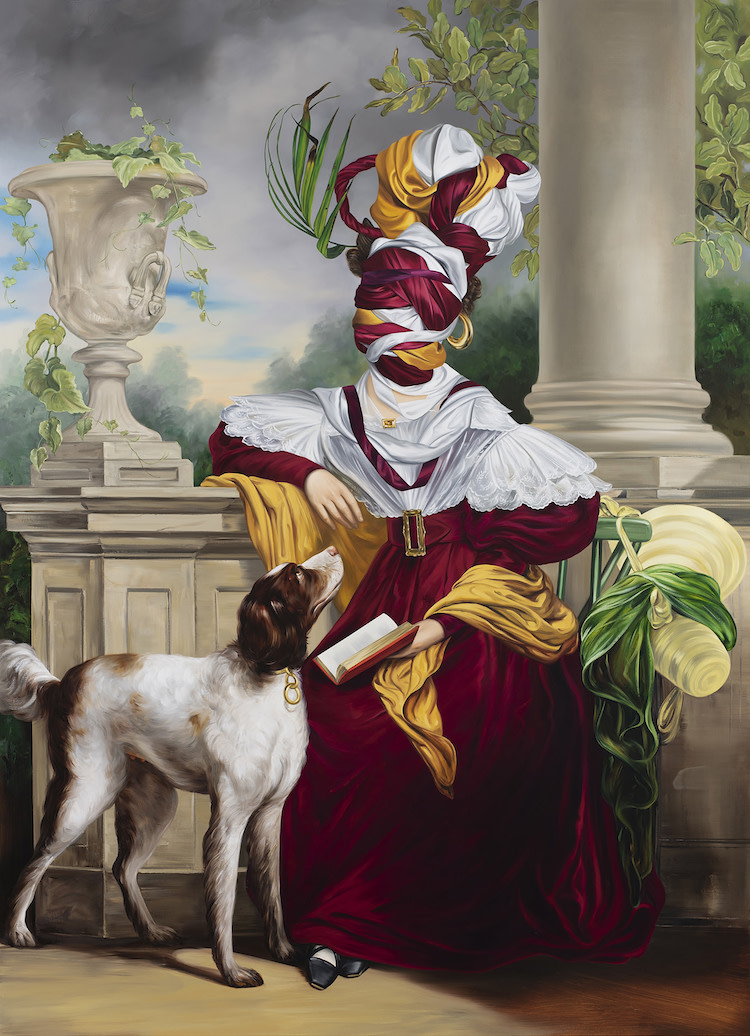 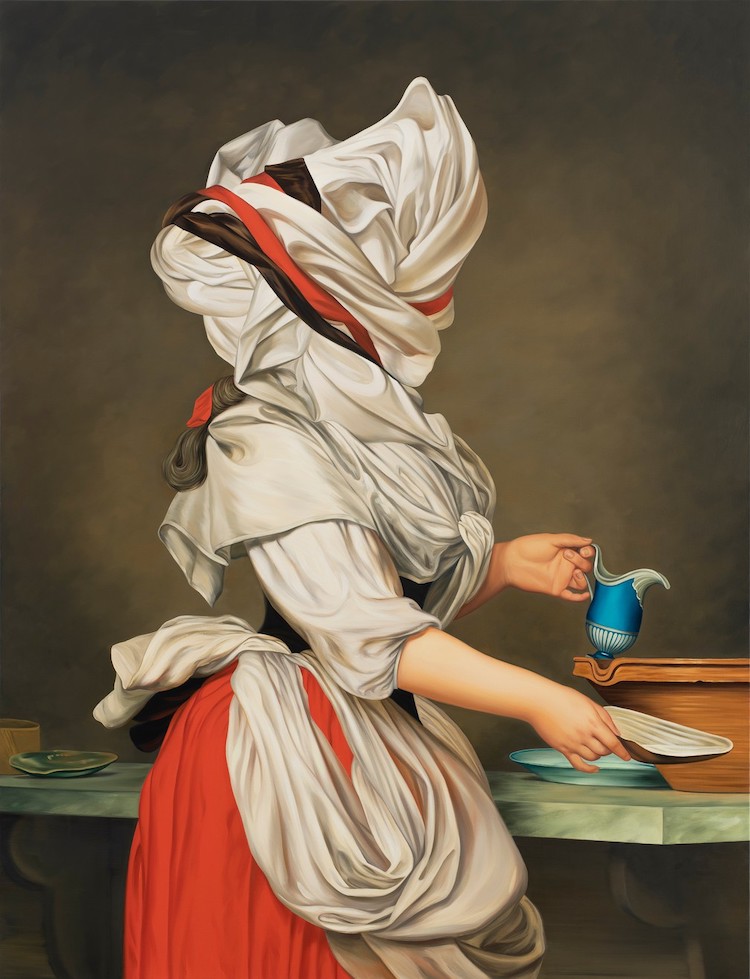 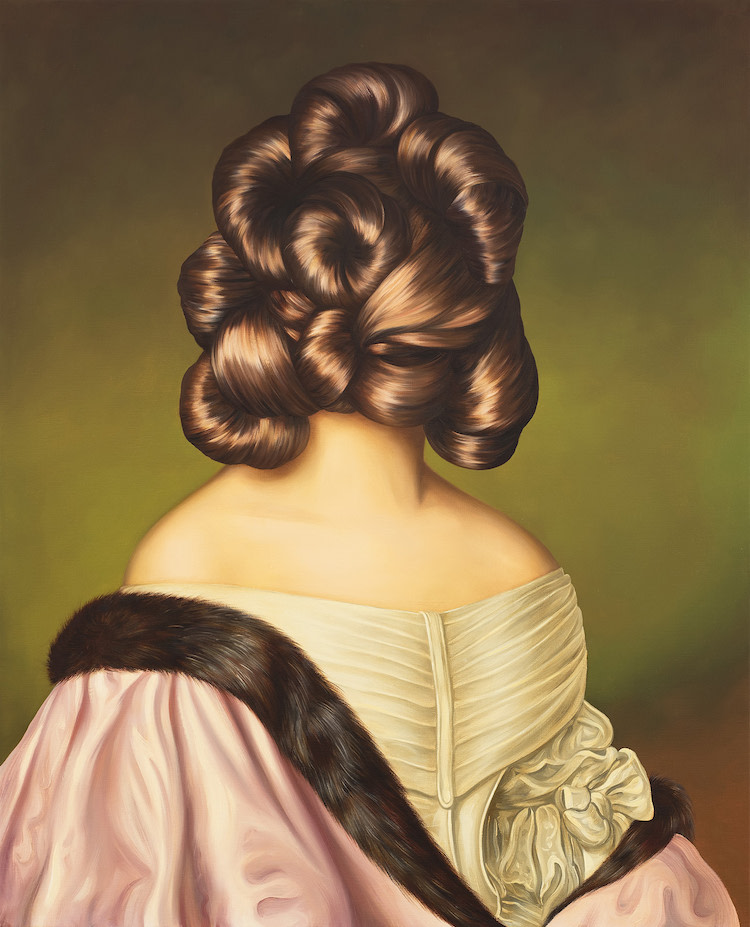 At the end of October, the world's attention shifted towards Poland, where the largest demonstrations since the fall of communism in 1989 were taking place. In protest of a a near-total ban on abortion, hundreds of thousands poured into the streets, defying the risk of COVID-19  and charges of “epidemiological threat" to fight for a fundamental right. The demonstrations evolved into a women’s strike that took place across 60 cities, recalling the enormous street protests in 2016 and 2017 when the ruling conservative party last attempted to change the law to ban all abortions.

Keep this in mind when looking at the work by Ewa Juszkiewicz, the Gdańsk-born and Warsaw-based painter who makes her debut with Gagosian in New York on November 17, 2020. In vain her feet in sparkling laces glow features six new paintings that portray a different kind of dissent. Rather than women marching and chanting, the subjects repose in perfect posture, swathed in luxurious satins, recalling historical European portraits from the Renaissance through the nineteenth century. While those traditional paintings illustrate the women almost without expression, usually identified as a nobleman’s wife or mistress, Juskiewicz emphasizes  the practice by eradicating their faces entirely.  If the character is going to be covered, then cover it, and she does in swaths of silk. The immediate allure of brilliant, saturated color gives way to wondering who is beneath the sparkle.

Juszkiewicz has been exploring this theme since 2011. By referencing  renowned masterpieces from the Western culture and  completely removing the subject's identity,  she references classical genres and constructs a new narrative around these archetypes. The works comprising her debut with Gagosian are made after celebrated examples by the likes of Joseph Karl Stieler, Elisabeth Vigée Le Brun, Jan Adam Kruseman, or Adolf Ulrik Wertmüller.  In flourishes  of humor, surrealism, fantasy, and even the grotesque, she reinvents stereotypical images, while deconstructing ideals of feminine beauty and other societal clichés. Rendered in meticulous technique and color schematics she offers an unexpected interpretation of a long time struggle for identity —Sasha Bogojev