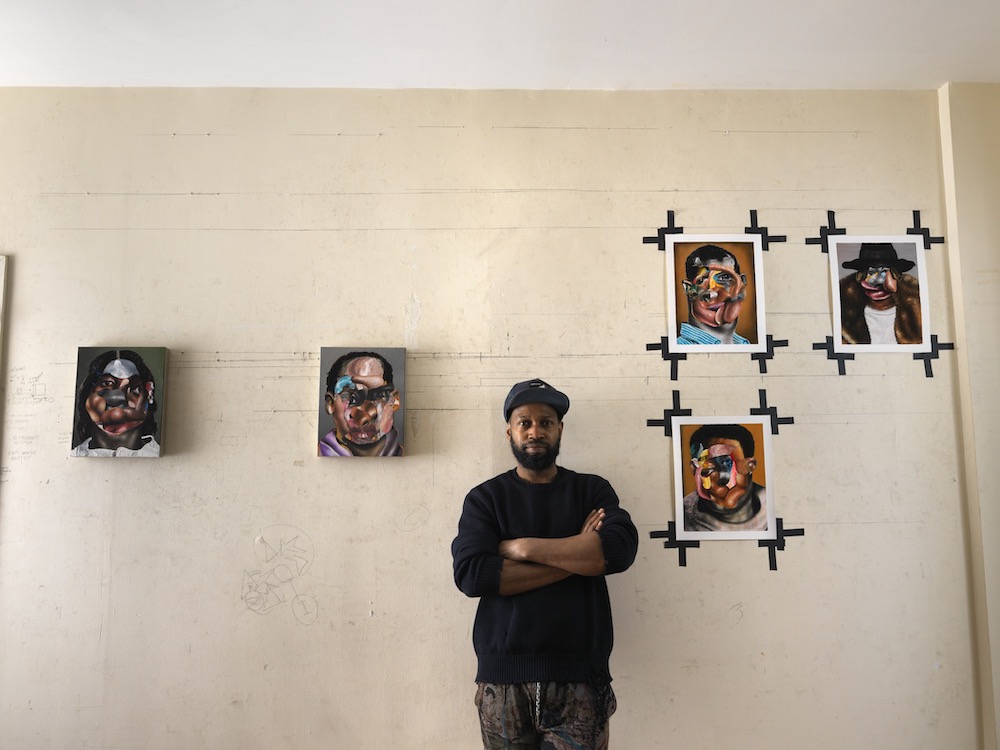 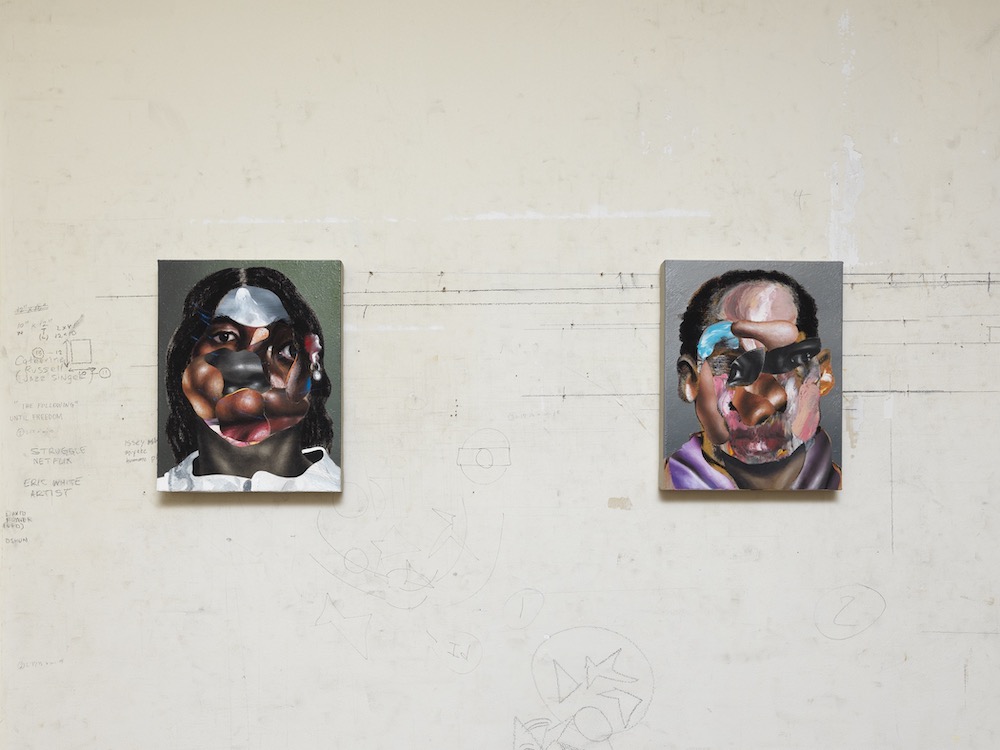 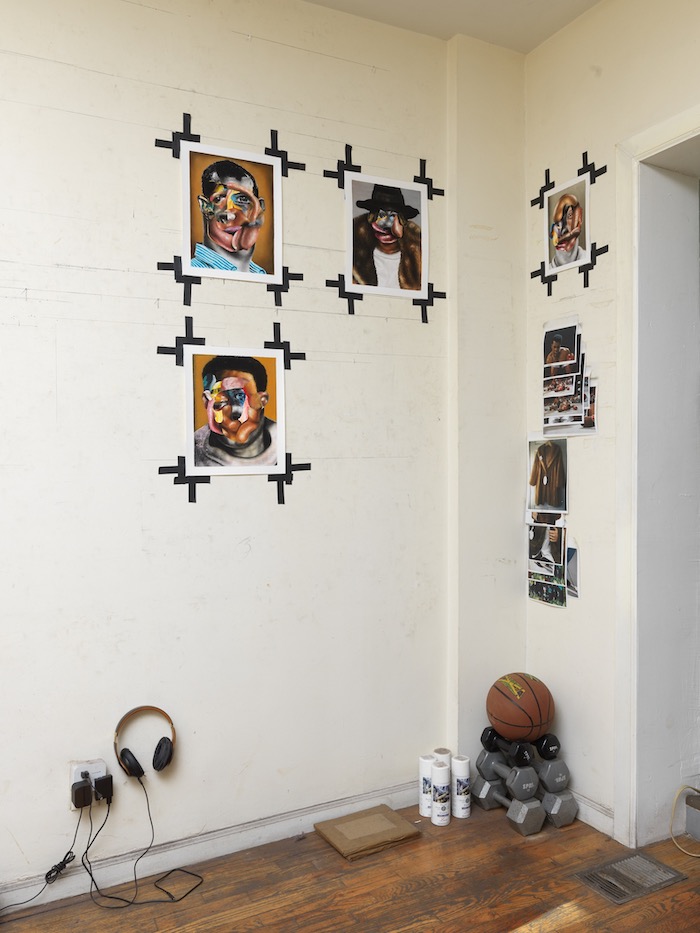 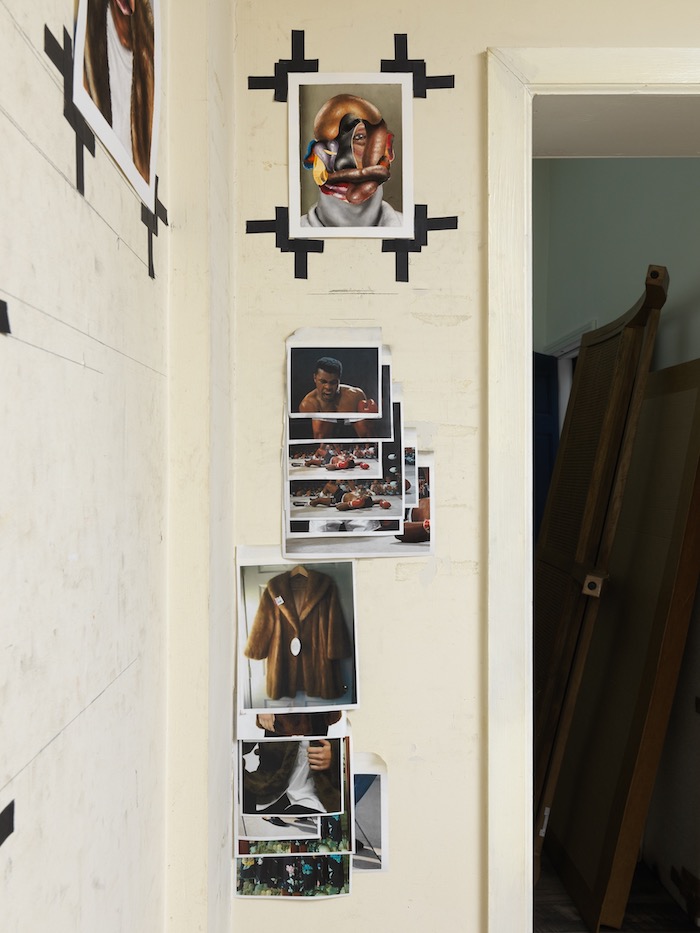 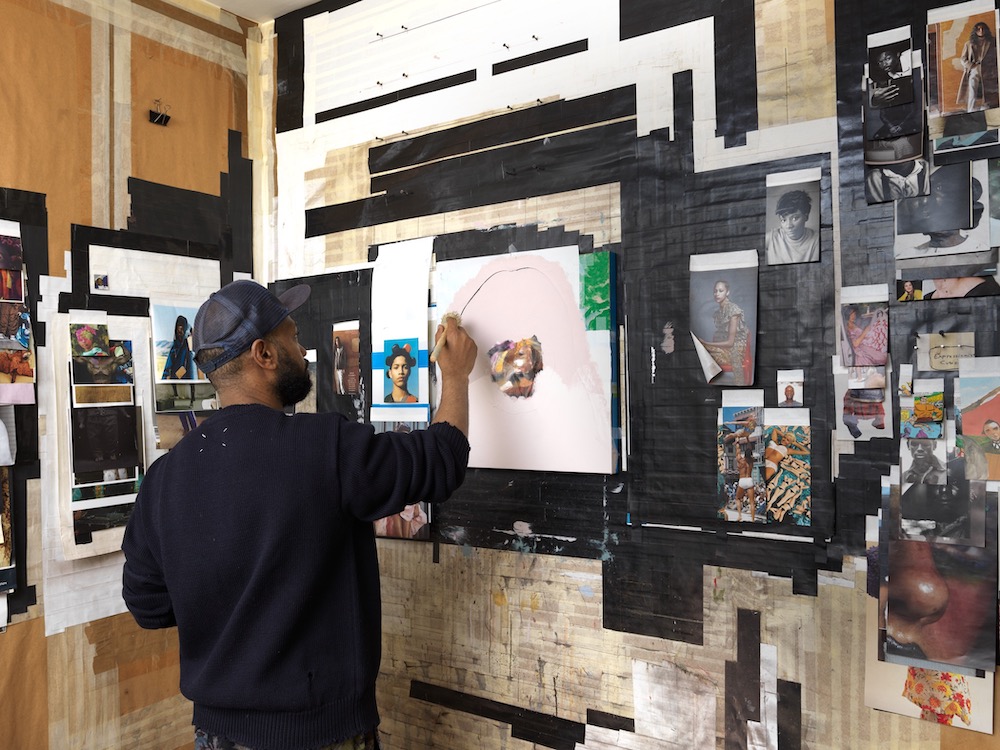 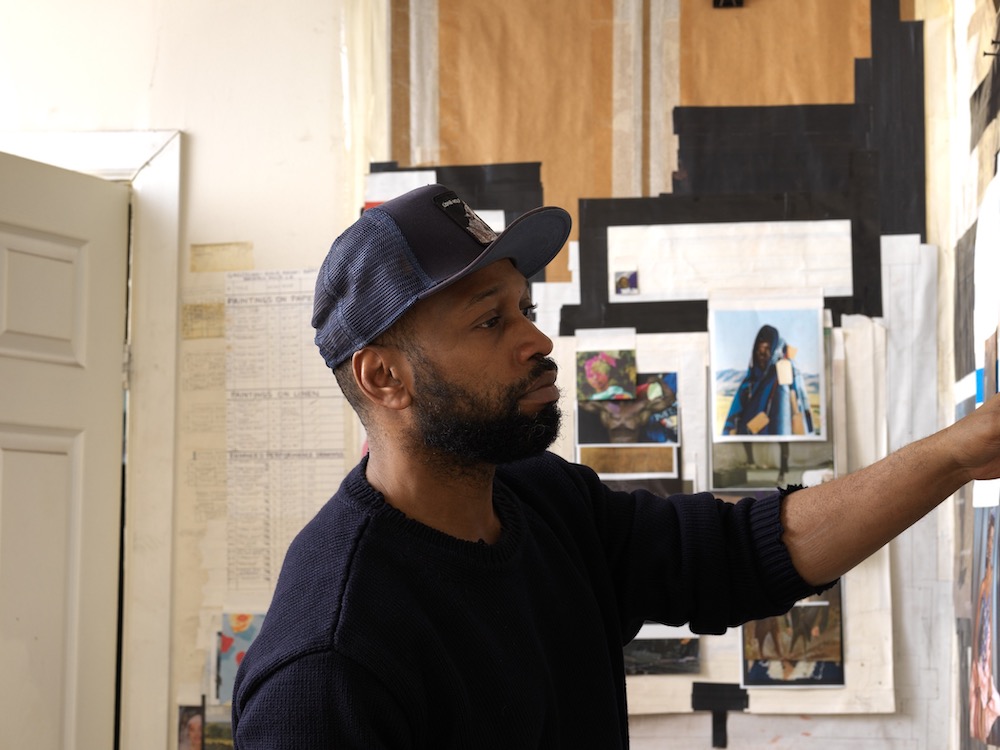 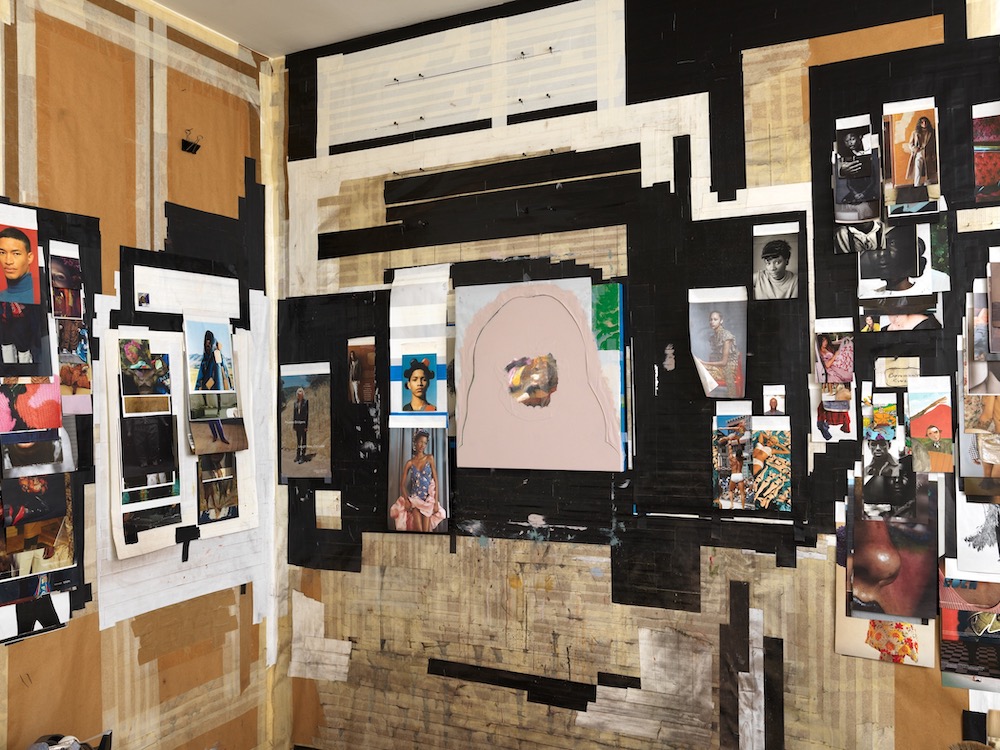 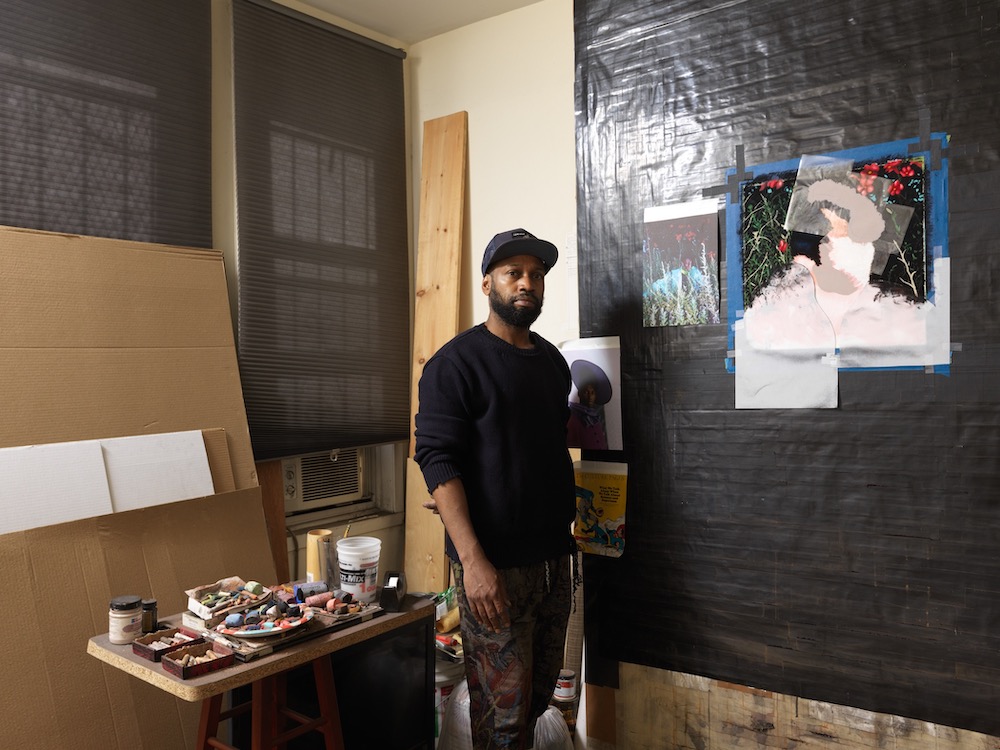 Two years since his debut with the gallery at their Brussels space, Nathaniel Mary Quinn is wrapping up a new body of work for his 2nd collaboration with Almine Rech. Between June 4th-20th, In the Valley is set to take place as the inaugural show of the gallery's new 900-square-foot project space in Aspen, Colorado.

We've been following the work by the widely celebrate painter for years, ever since featuring him in our magazine back in 2017, all the way to the recent conversation we've had ahead of his big debut with Gagosian last year, so we were excited to get an exclusive peek into his studio ahead of this solo presentation. Continuously focused on the thorough exploration of human identity which permeates every aspect of his work, Quinn will be introducing a new series of paintings that are constructed by forcefully puzzling together different visuals in an effort to illustrate the homogeneous human nature. Aiming to portray the sheer diversity of multifaceted identity and the intricate complexity of each individual, the Brooklyn-based artist developed a laborious process that successfully brings to light such compounded structure.

Starting from his personal experience, from the upbringing in Chicago's housing projects to the realization of his passion and conviction for art, Quinn's portrait amalgamations include everything from references to his childhood comics, over popular culture elements, all the way to parts of historically significant masterpieces. Simultaneously portraying the imaginary sitter while revealing himself, these deconstructed figures unveil relationships with friends and family, memories, reflections on contemporary culture, doubts, insecurities, fears, and the overall experience of being present. "The art is an avenue through which you can bring into existence a subconscious atmosphere that might not be at the forefront of your mind," he mentioned in a Cerebral Women Art Talk Podcast a few months ago, suggesting the encompassing and therapeutic aspect of his practice. Adopting the notion of being "in collaboration" with his materials, it's the way he uses, or better pushes them, that creates an ongoing comparison with collages. Working on each section individually by masking out other parts, Quinn is able to fully focus on respective qualities and contrive this disconnected co-existence of traits and features. In the end, if feels as if the blend of soft pastels, oils, paint sticks, and charcoal adds another layer of physicality to Lucian Freud or Francis Bacon's deconstruction-based exploration of the human form. —Sasha Bogojev