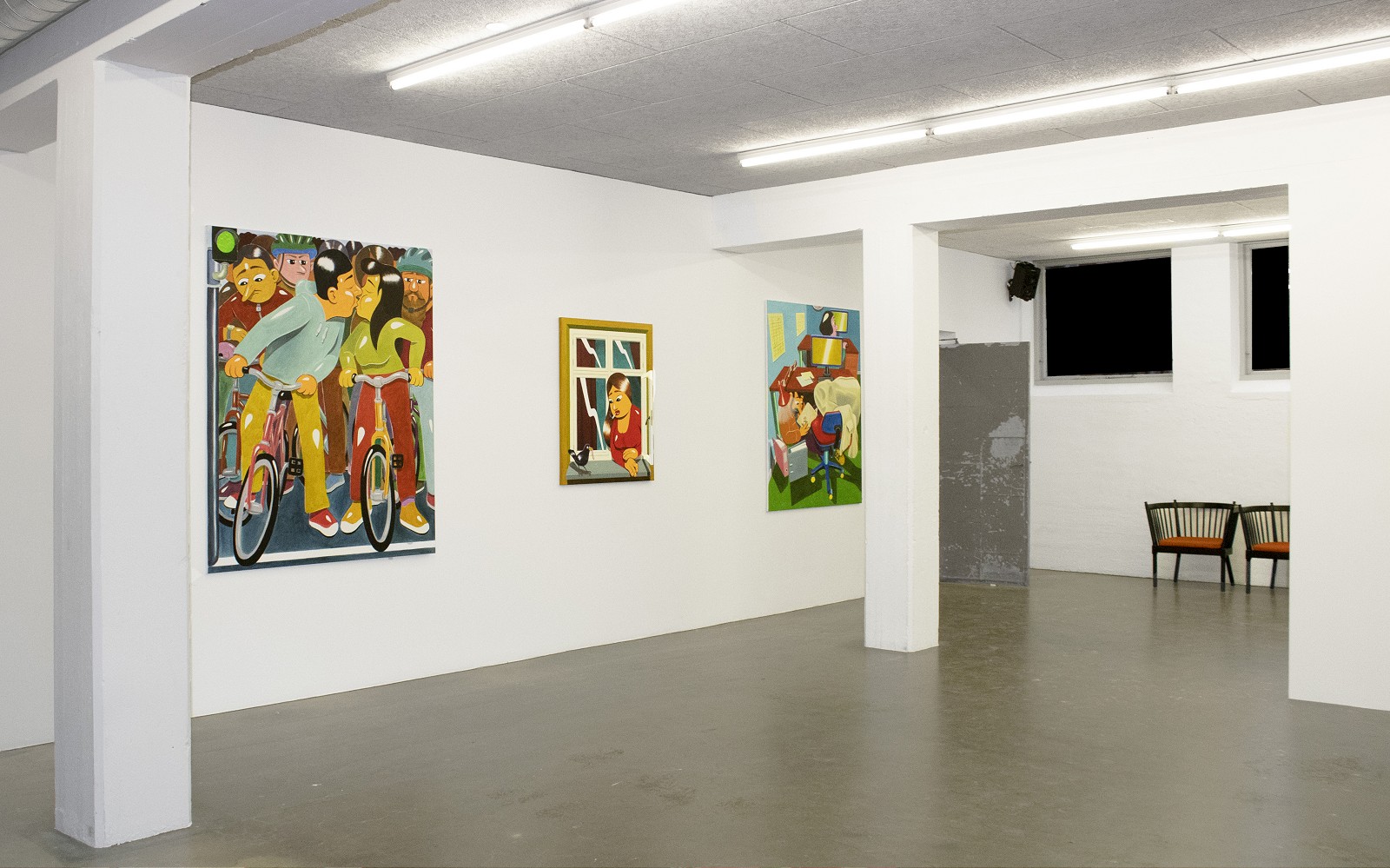 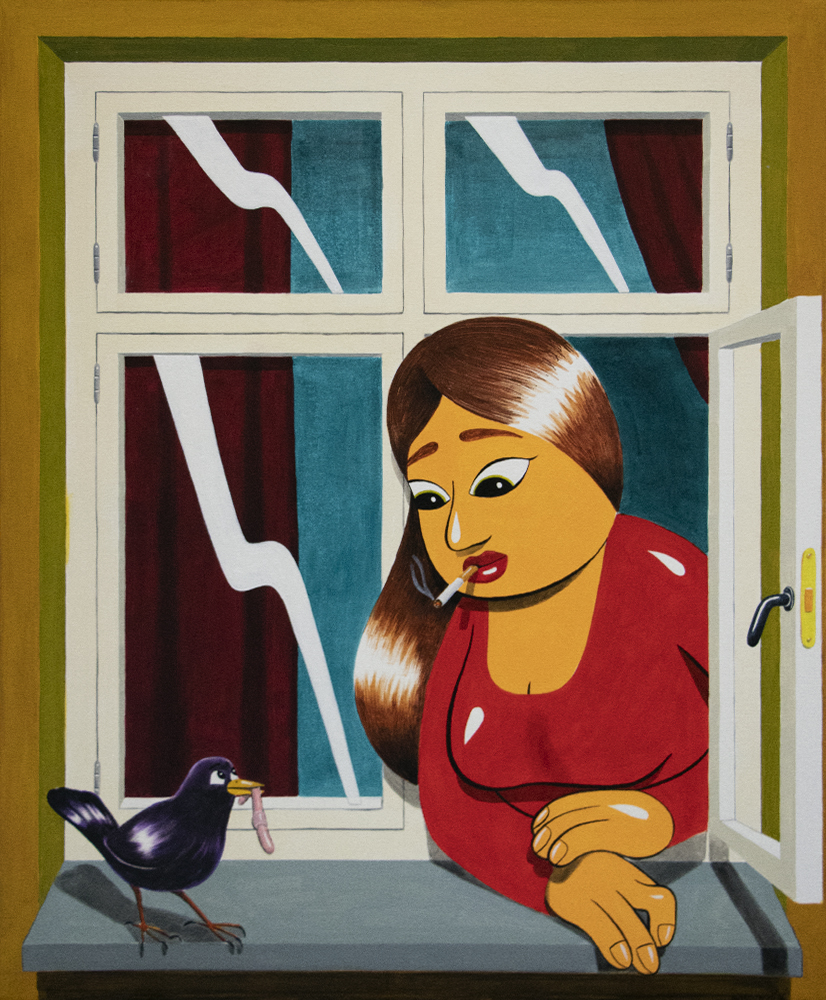 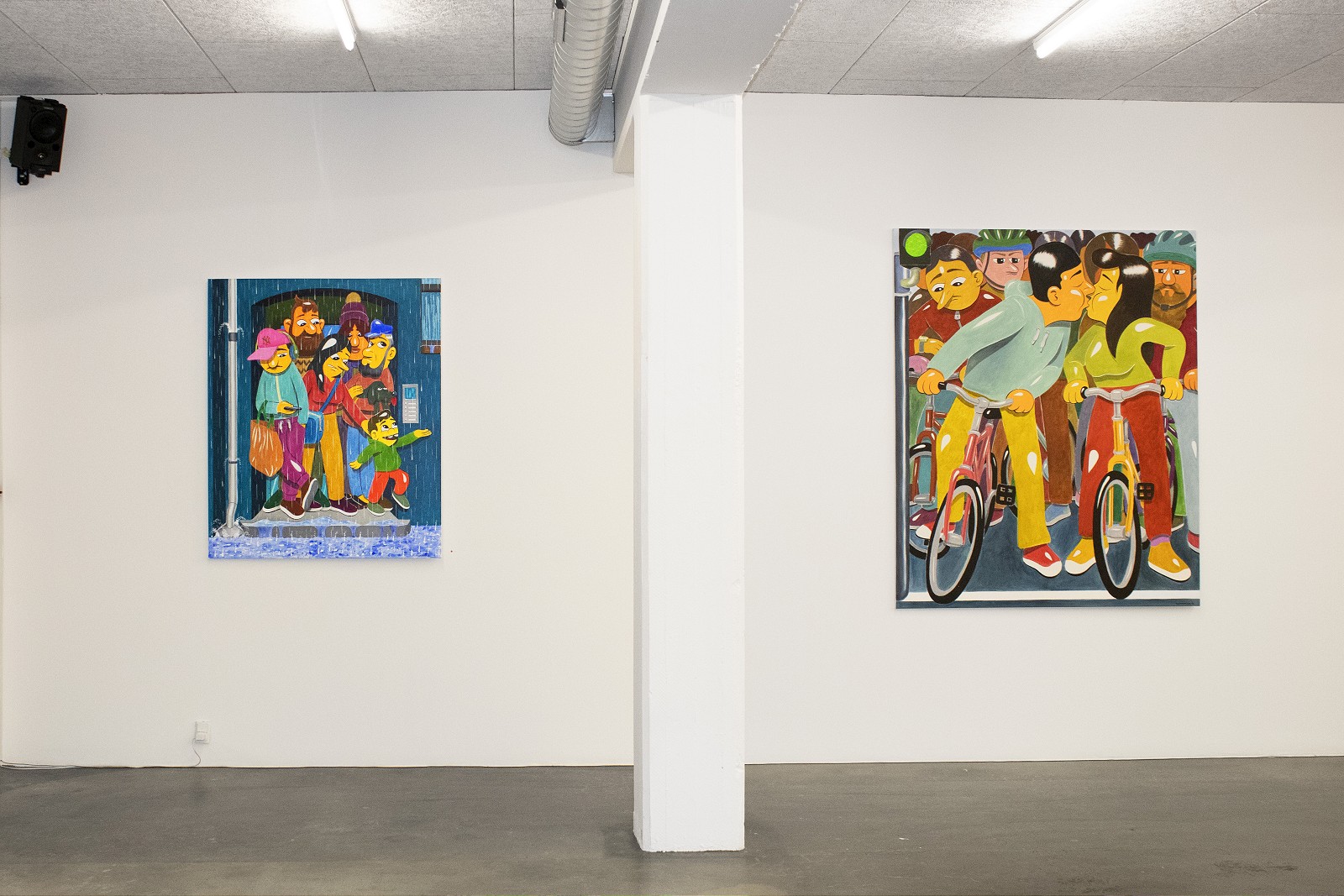 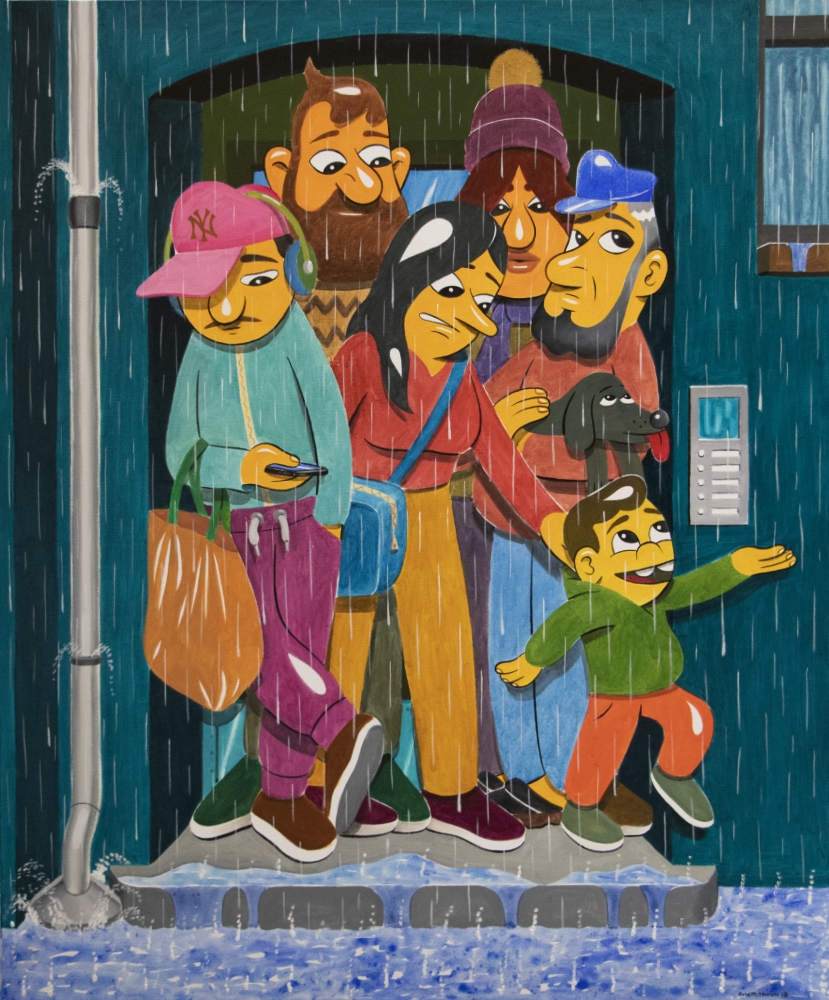 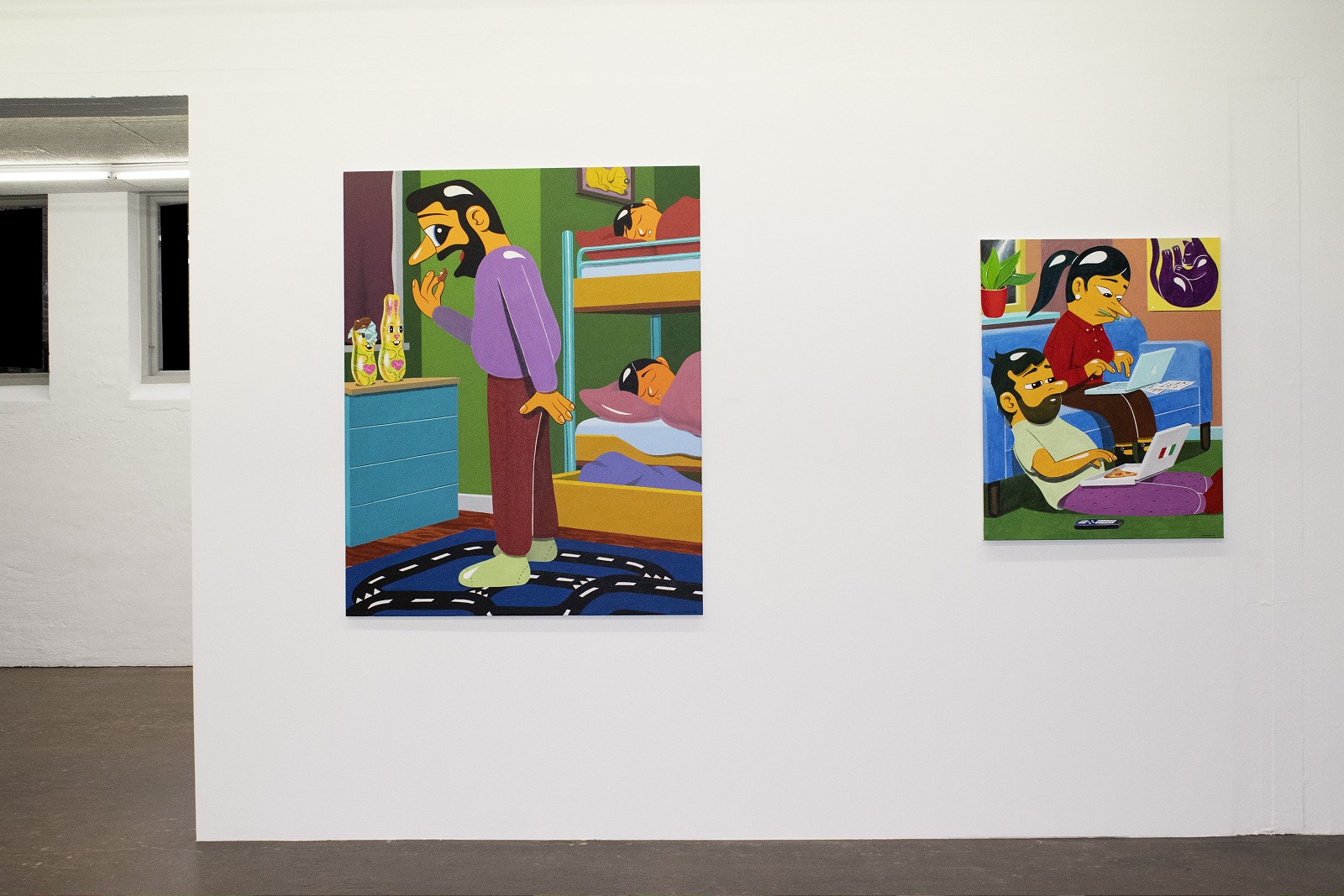 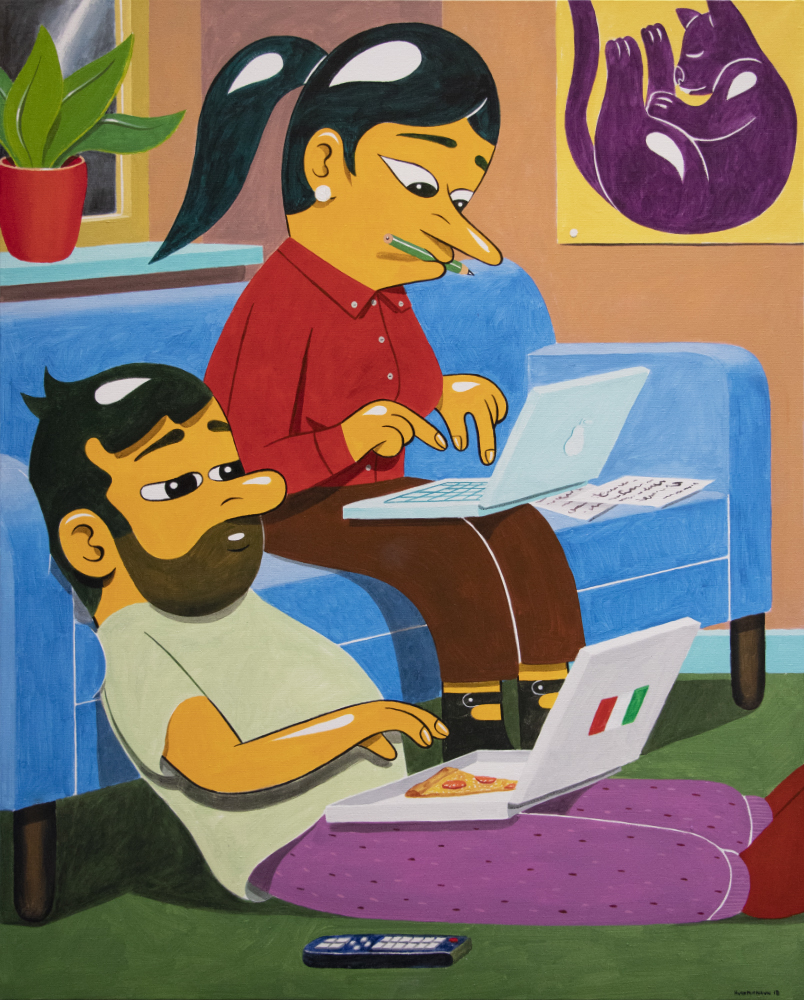 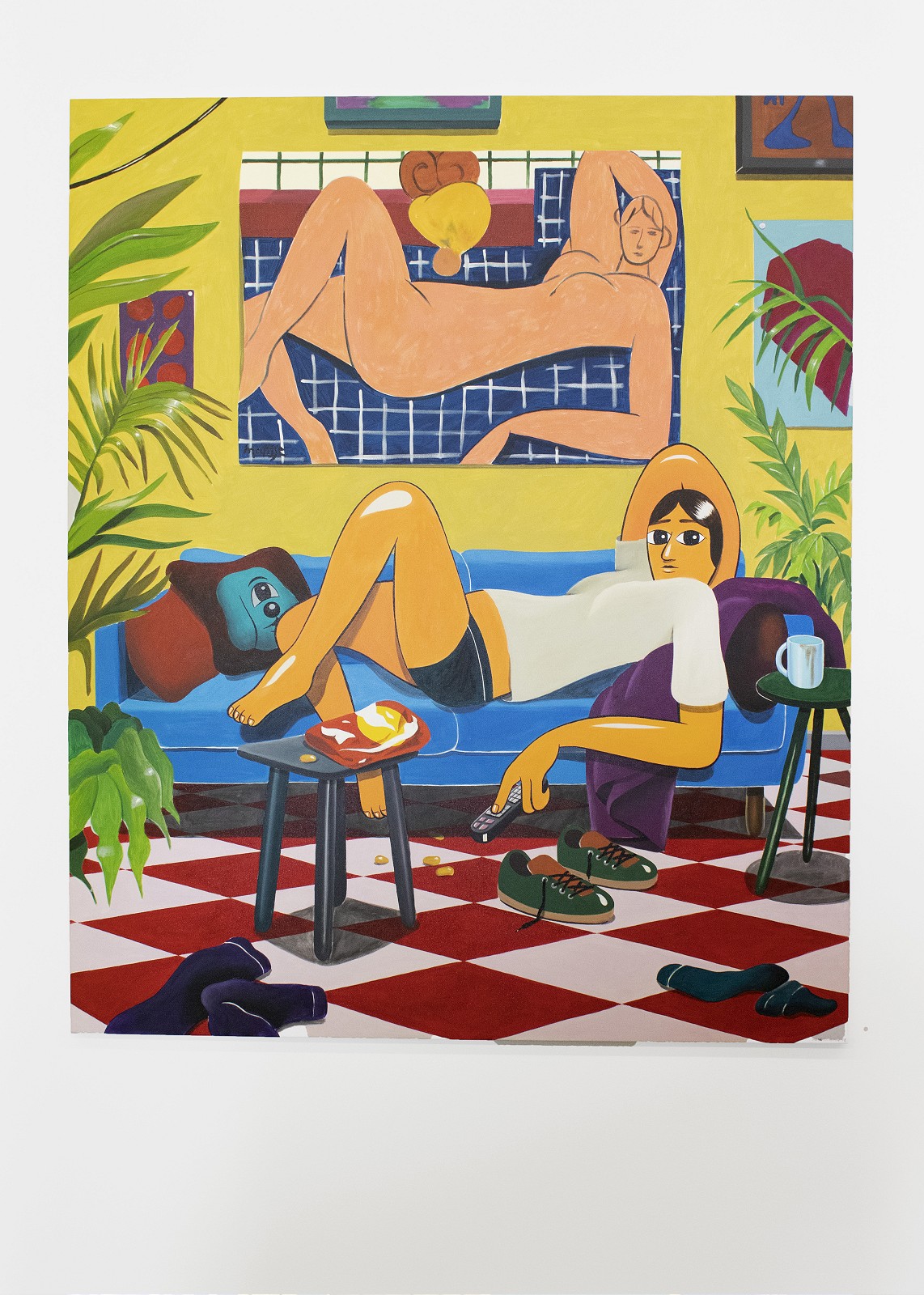 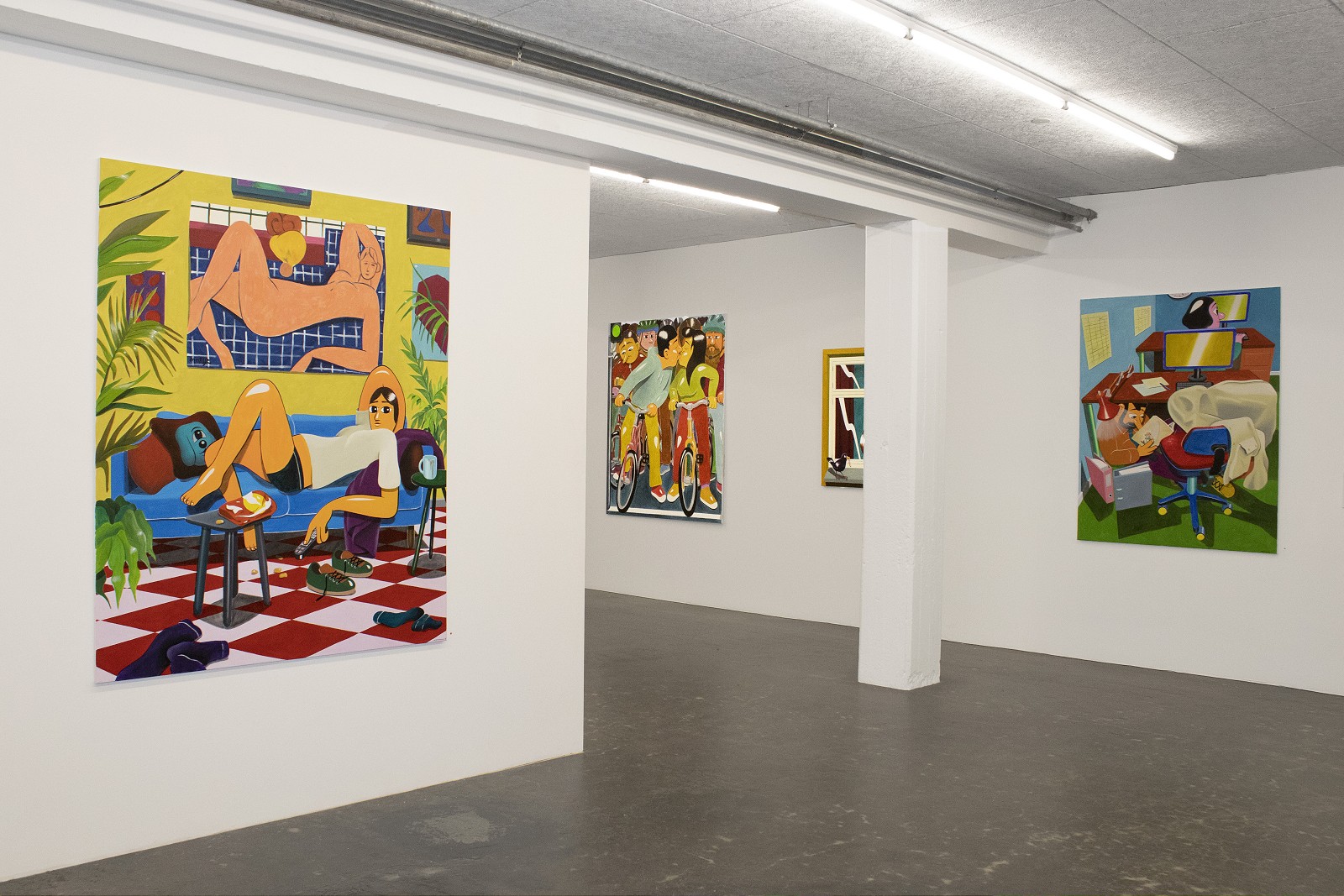 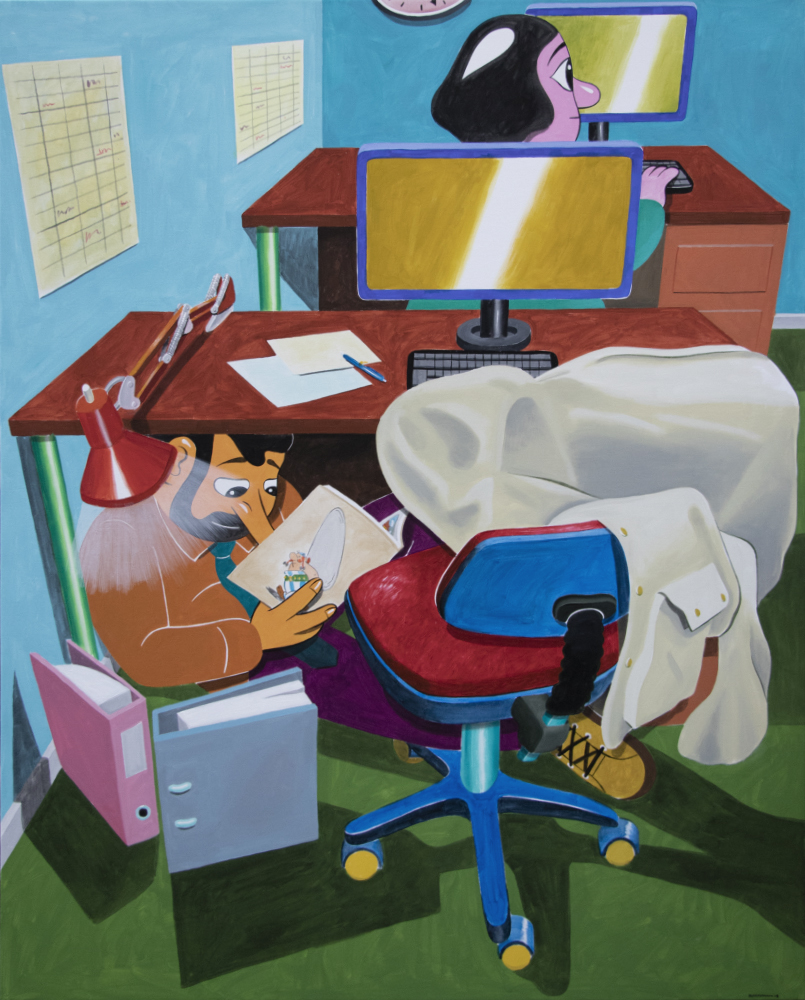 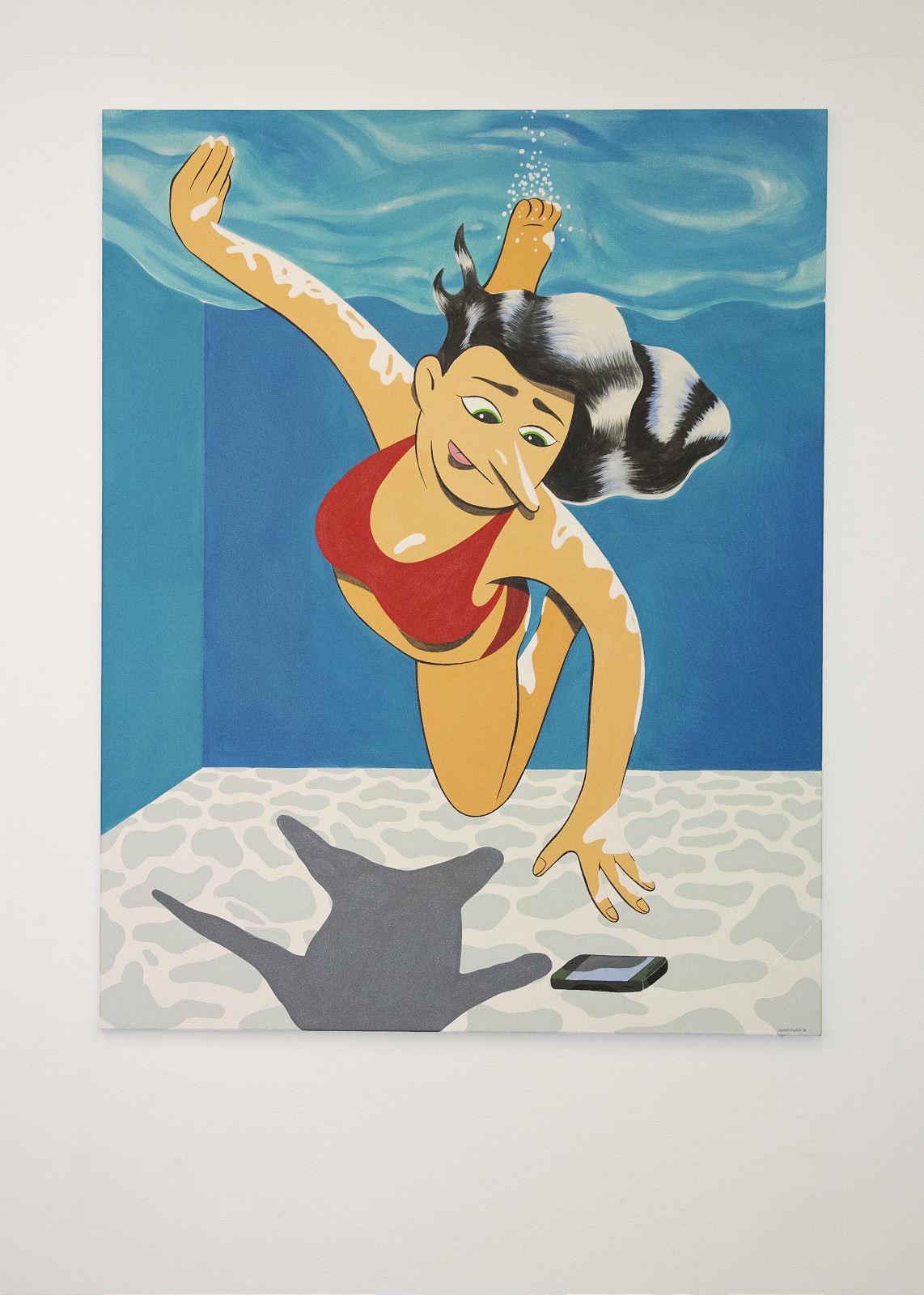 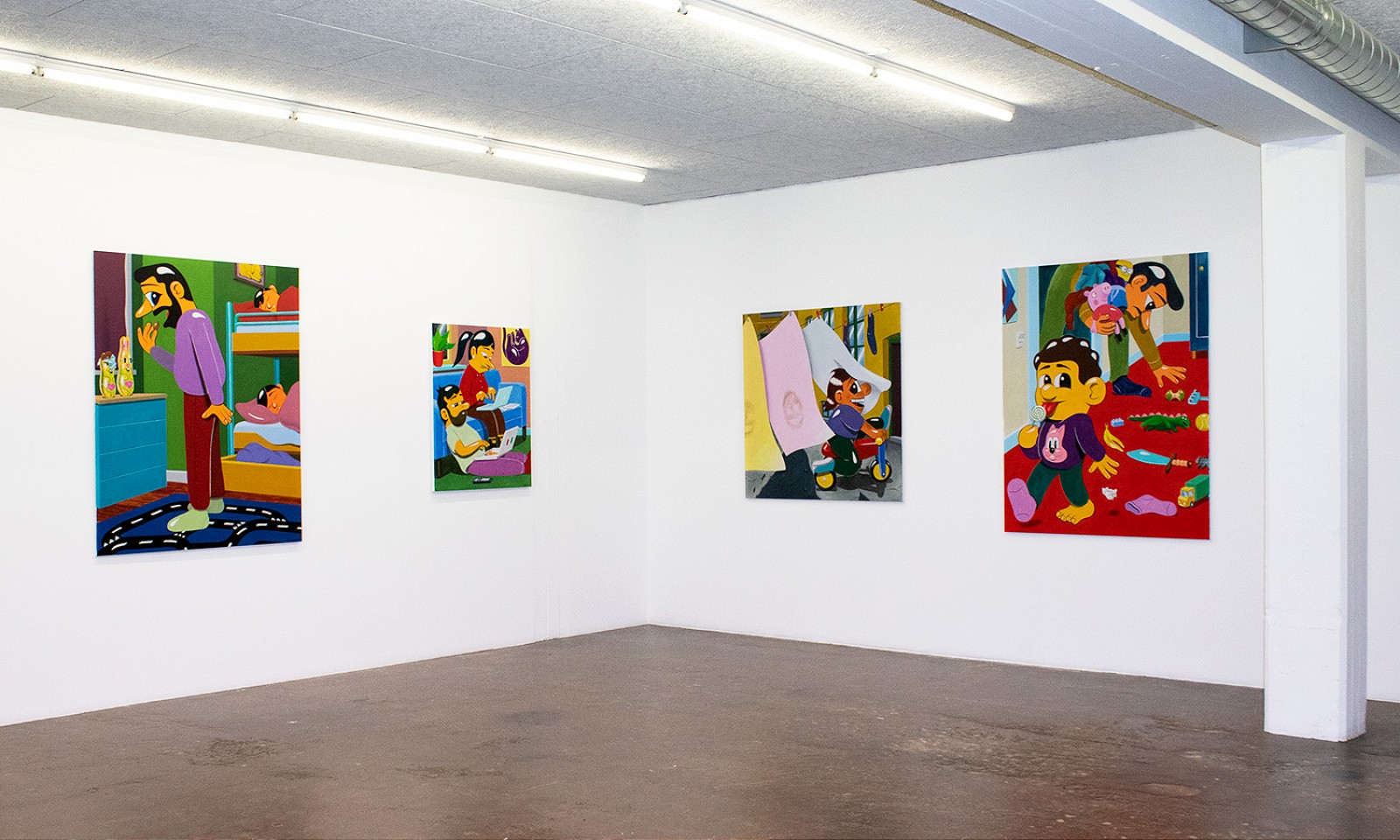 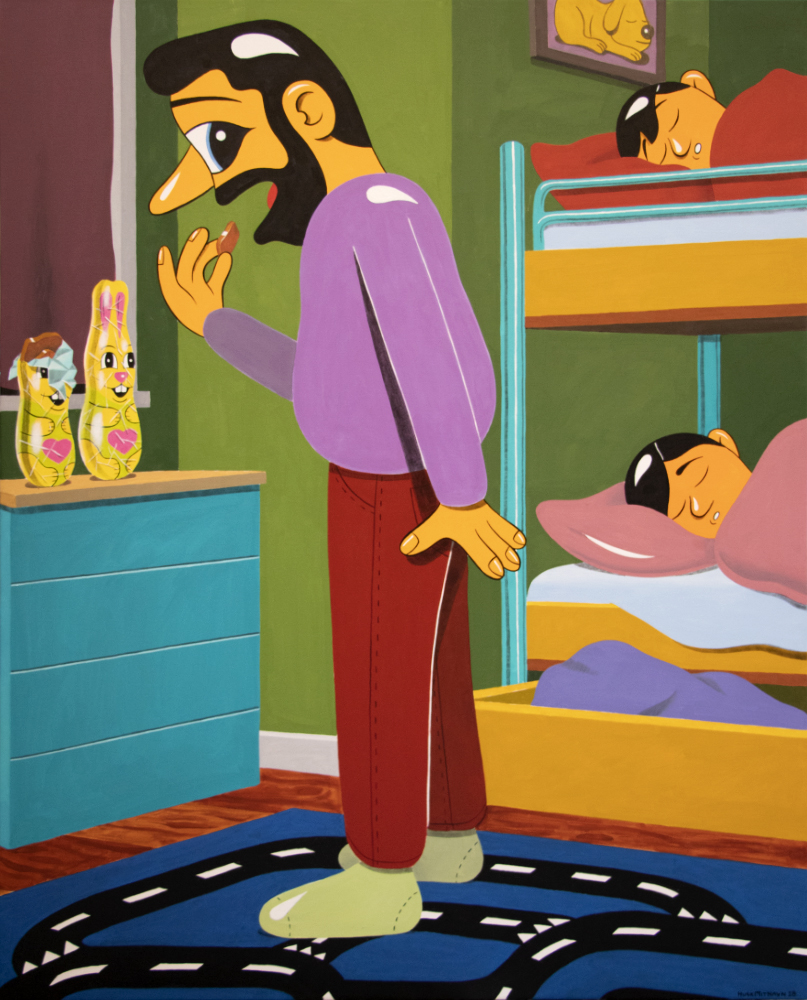 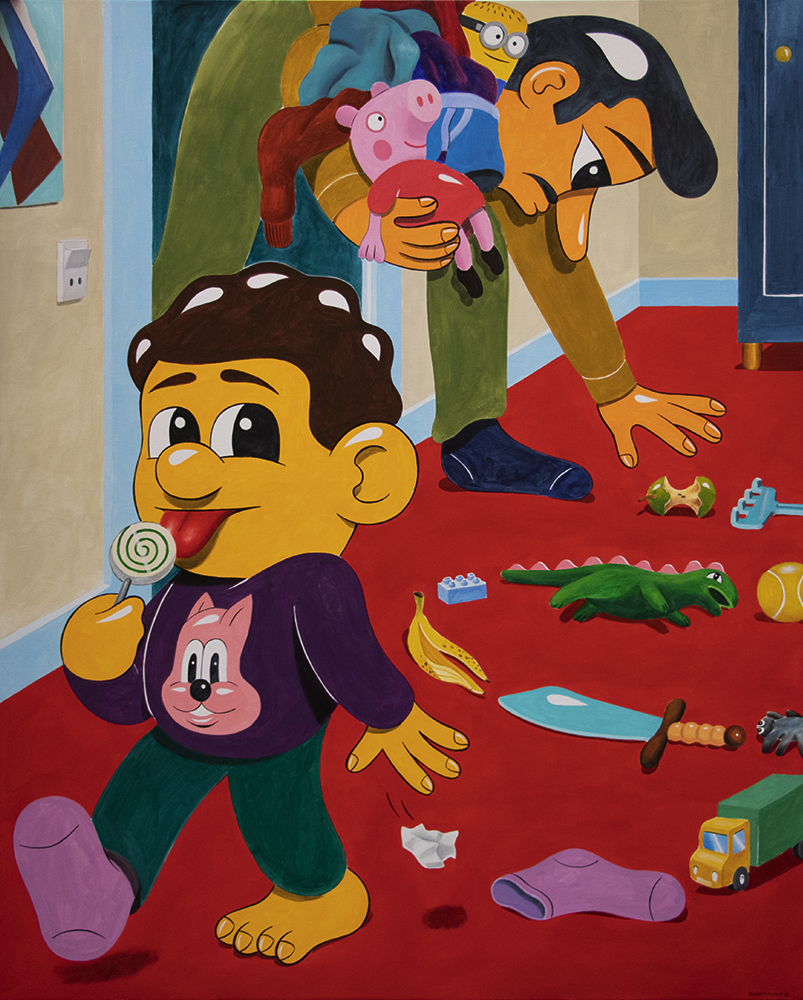 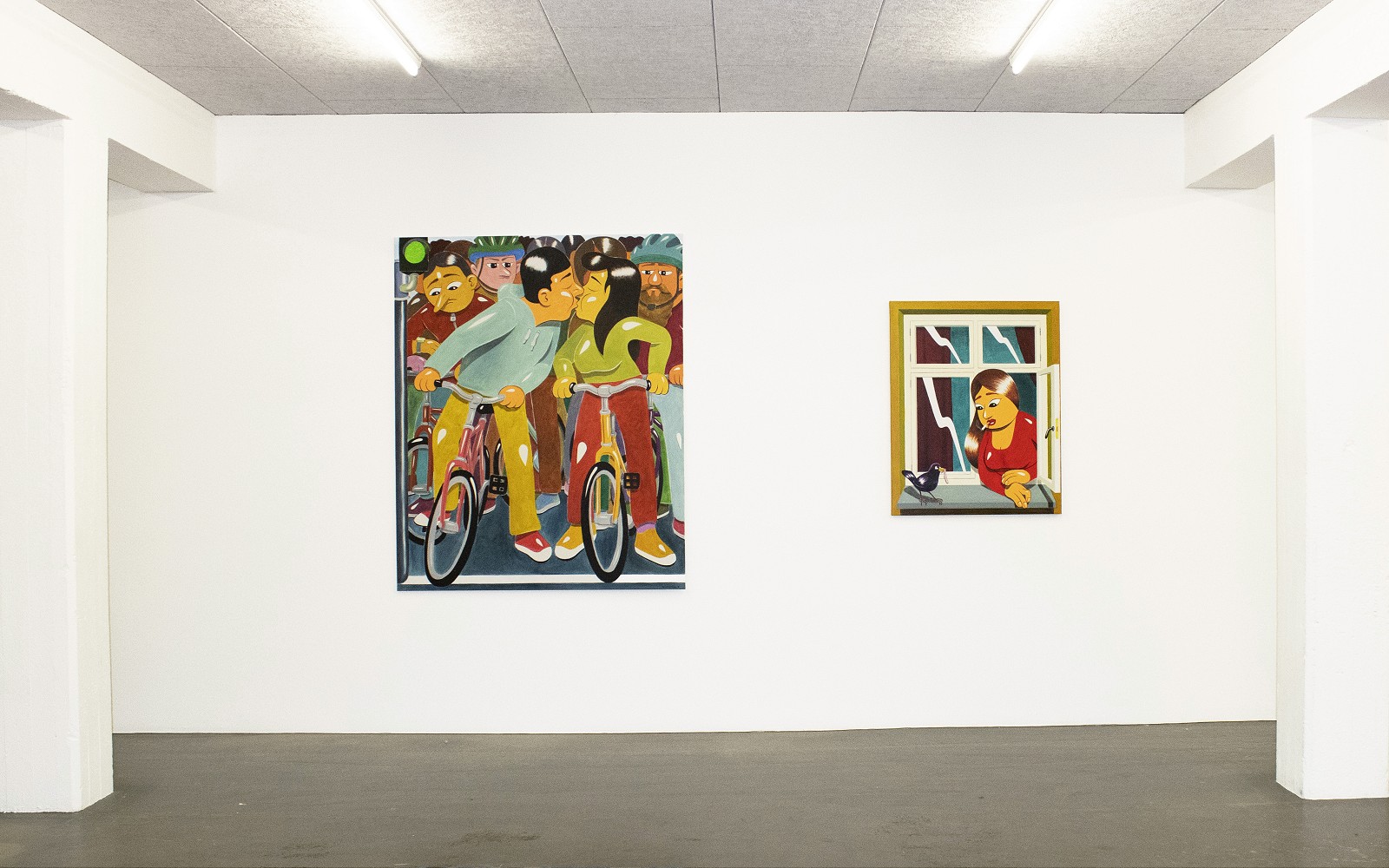 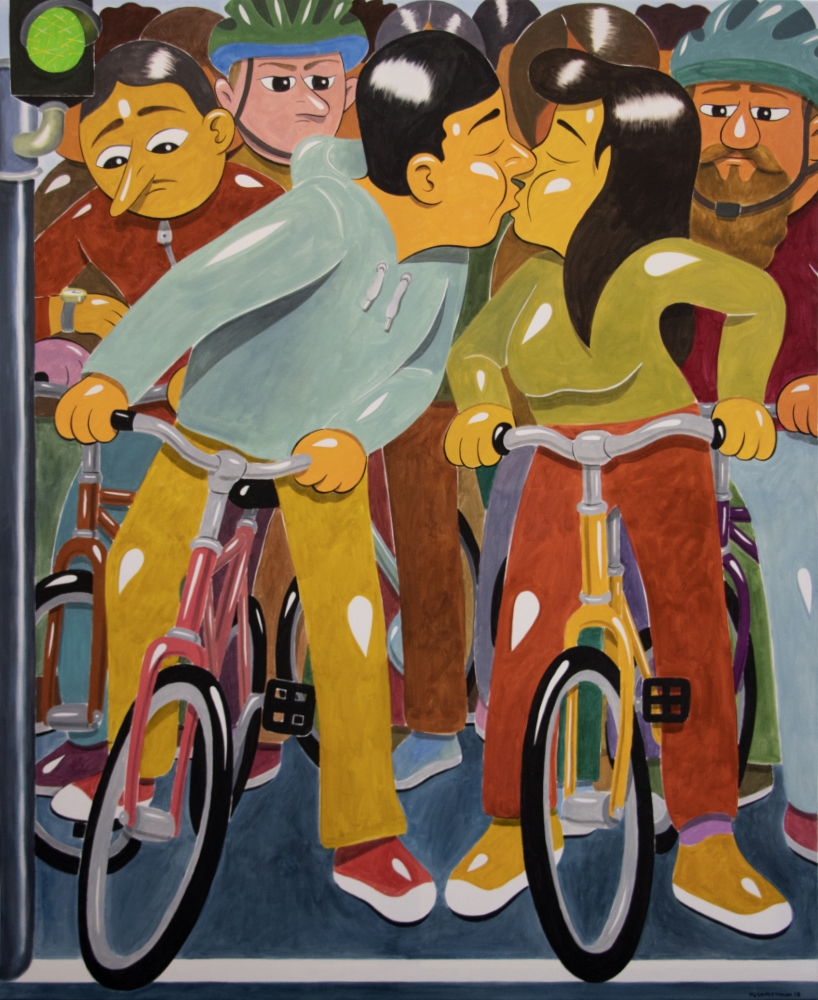 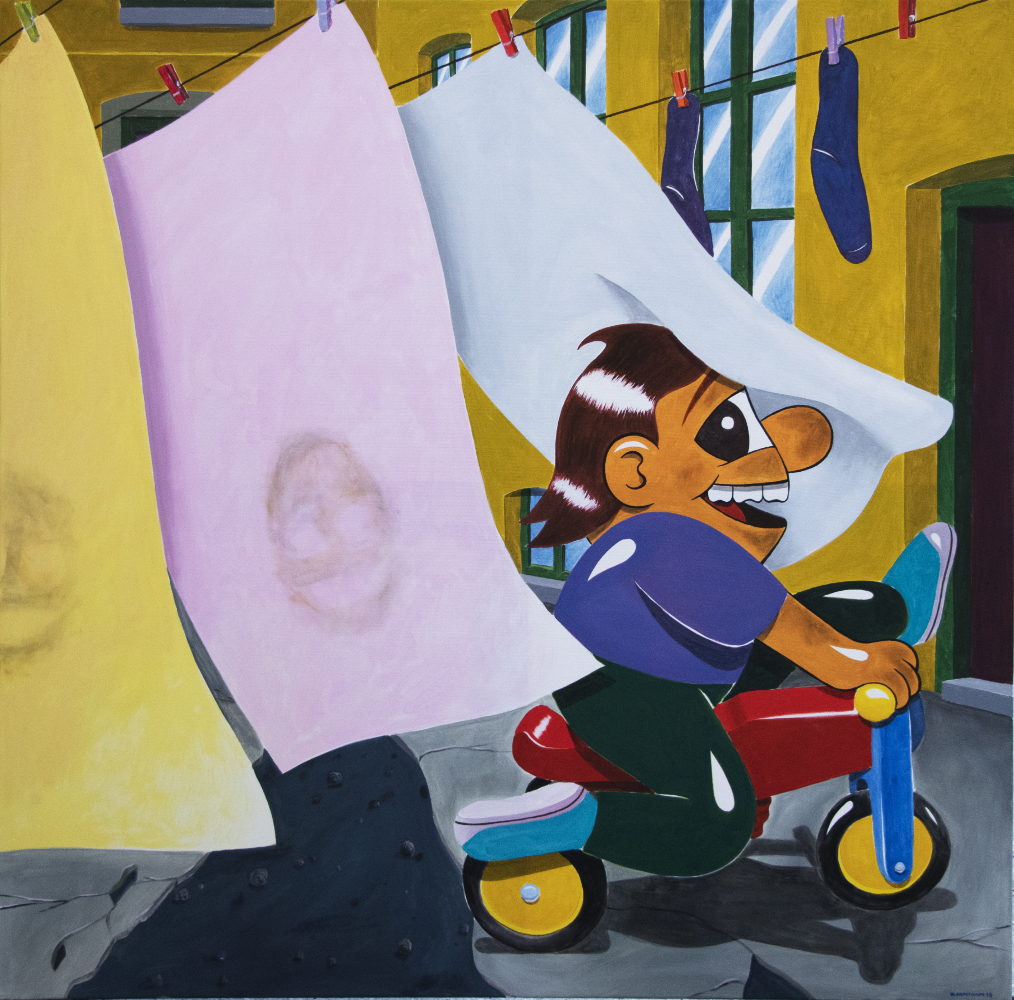 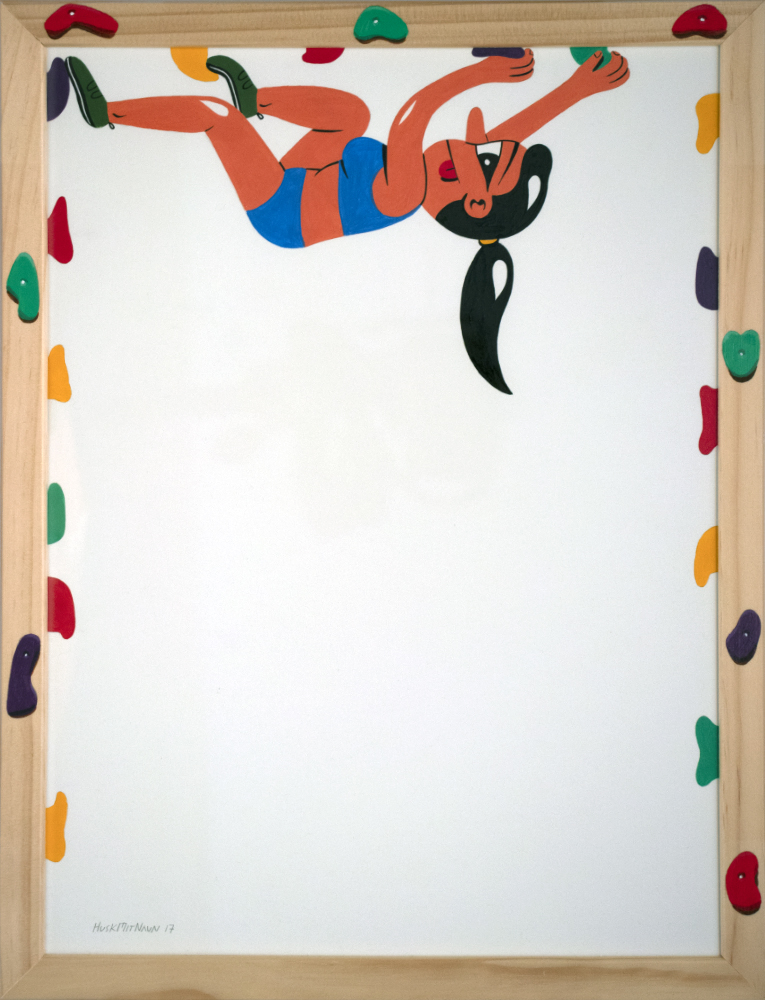 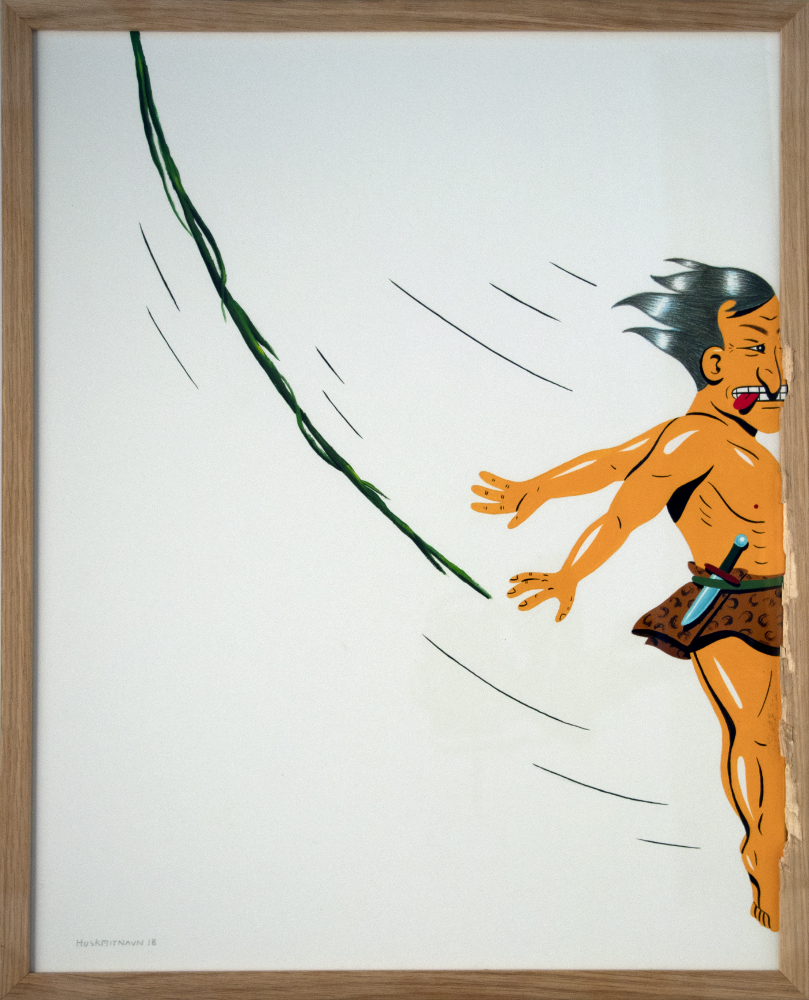 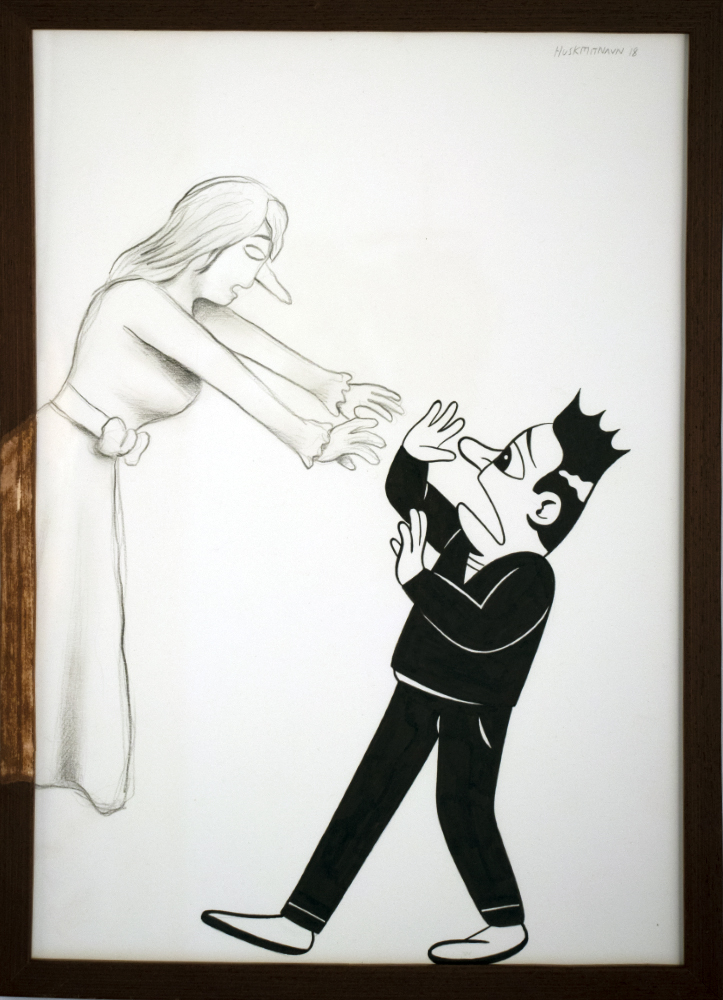 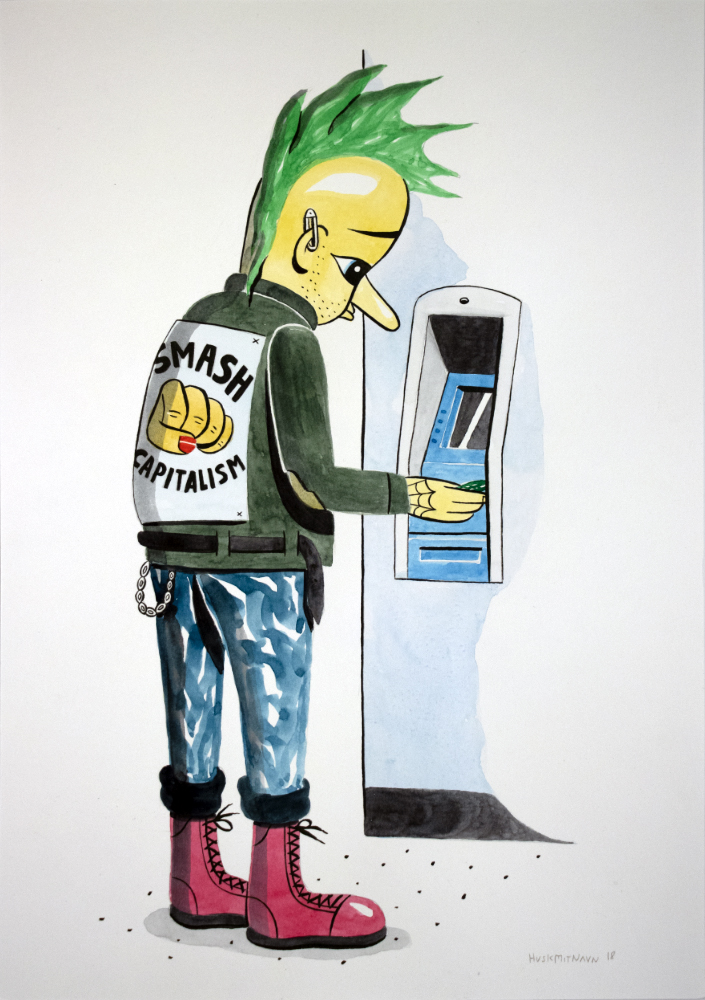 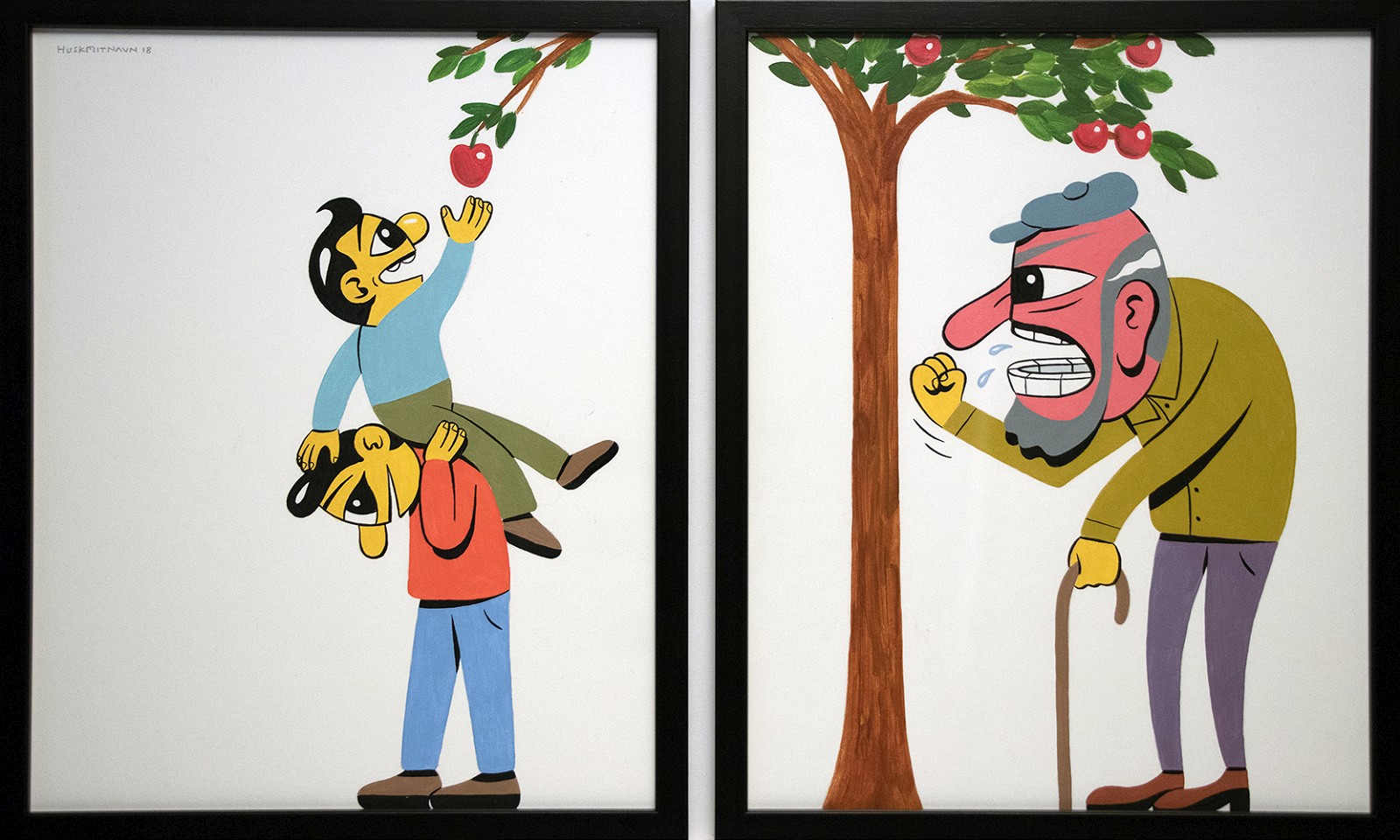 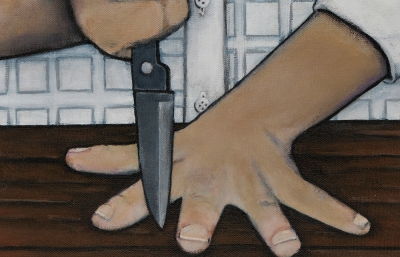 Three years since his last showcase with the gallery, HuskMitNavn is back at Charlotte Fogh Gallery in Aarhus, Denmark with a new solo exhibition titled Days Like These. Keeping his focus on aspects of everyday life, the renowned Danish artist produced a series of new drawings and paintings as a critical and humorous commentary on modern life.

Through his career Copenhagen-based artist has been creating works that were directly influenced by his personal experiences and observations. Keeping his anonymity over the years enabled the artist to blend within his surroundings and get an unmediated view at all the little life joys, trials and routines. Curious about exploring techniques and mediums and unladen by the "rules" of the fine art world, he developed different ways of manipulating materials in order to create the right commentary on generally universally recognizable affairs. Through such effort, he developed a recognizable visual language that is recognized worldwide and earned him somewhat of a household name status in his homeland. The current solo showcase opened just days after his biggest solo show to date closed @ Nikolaj Kunsthal in Copenhagen.

While his previous exhibitions were usually focused on one particular aspect of life, the current showcase connects many themes he explored previously. Subjects of parenting, ideals, growing up, hobbies, social interactions, family or work, are some of the recurring themes that are included in the large body of work that forms a coherent series of snapshots of everyday modern life. Along with those, the artist presented a new series of works in which he is further experimenting with the materials used, extending the image beyond the traditional format. By scratching, breaking, painting or adding the elements to the simple frame of his ink on paper drawings, HuskMitNavn is in a way borrowing the aesthetics of his graffiti or site-specific public interventions. —Sasha Bogojev