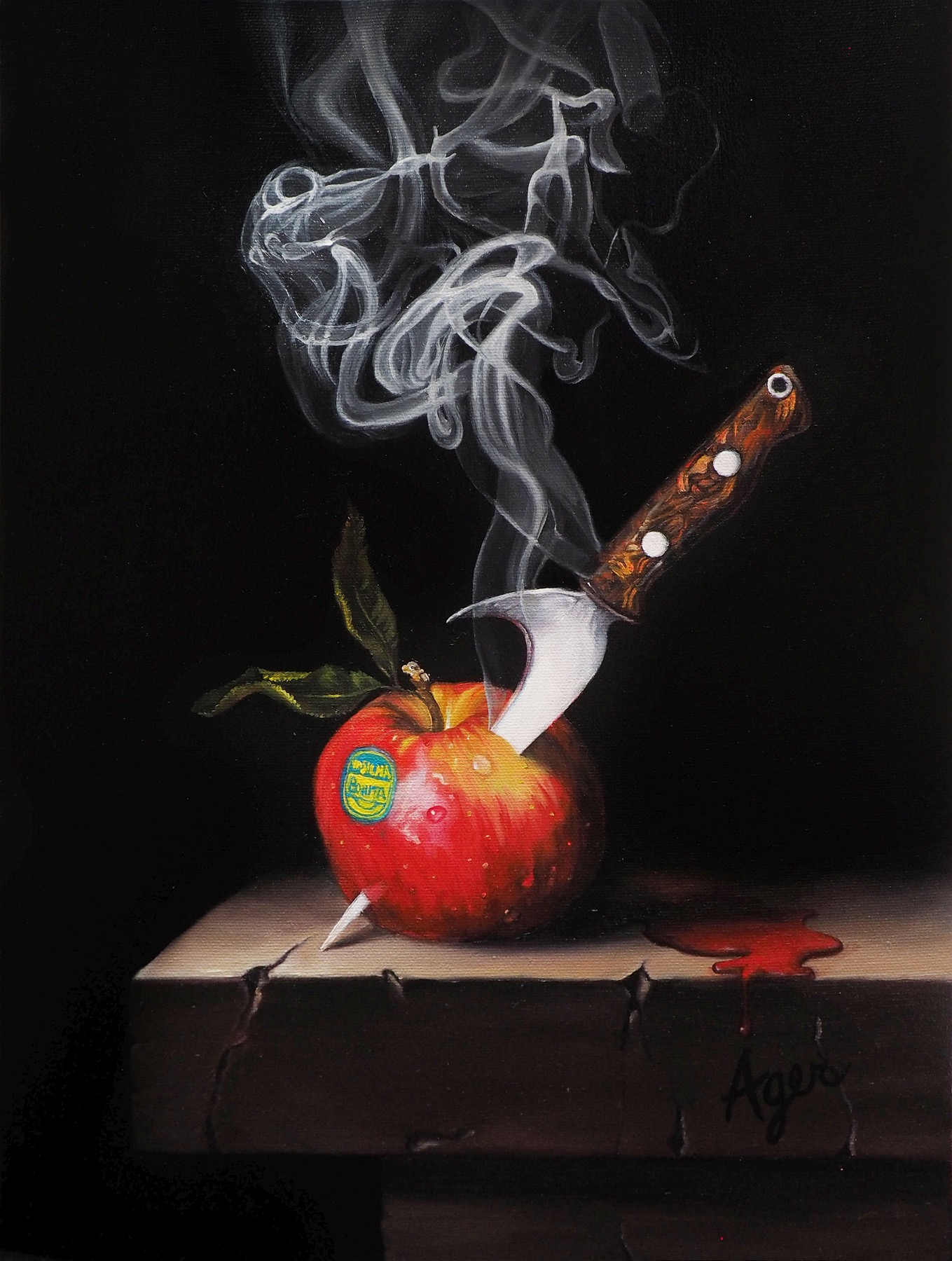 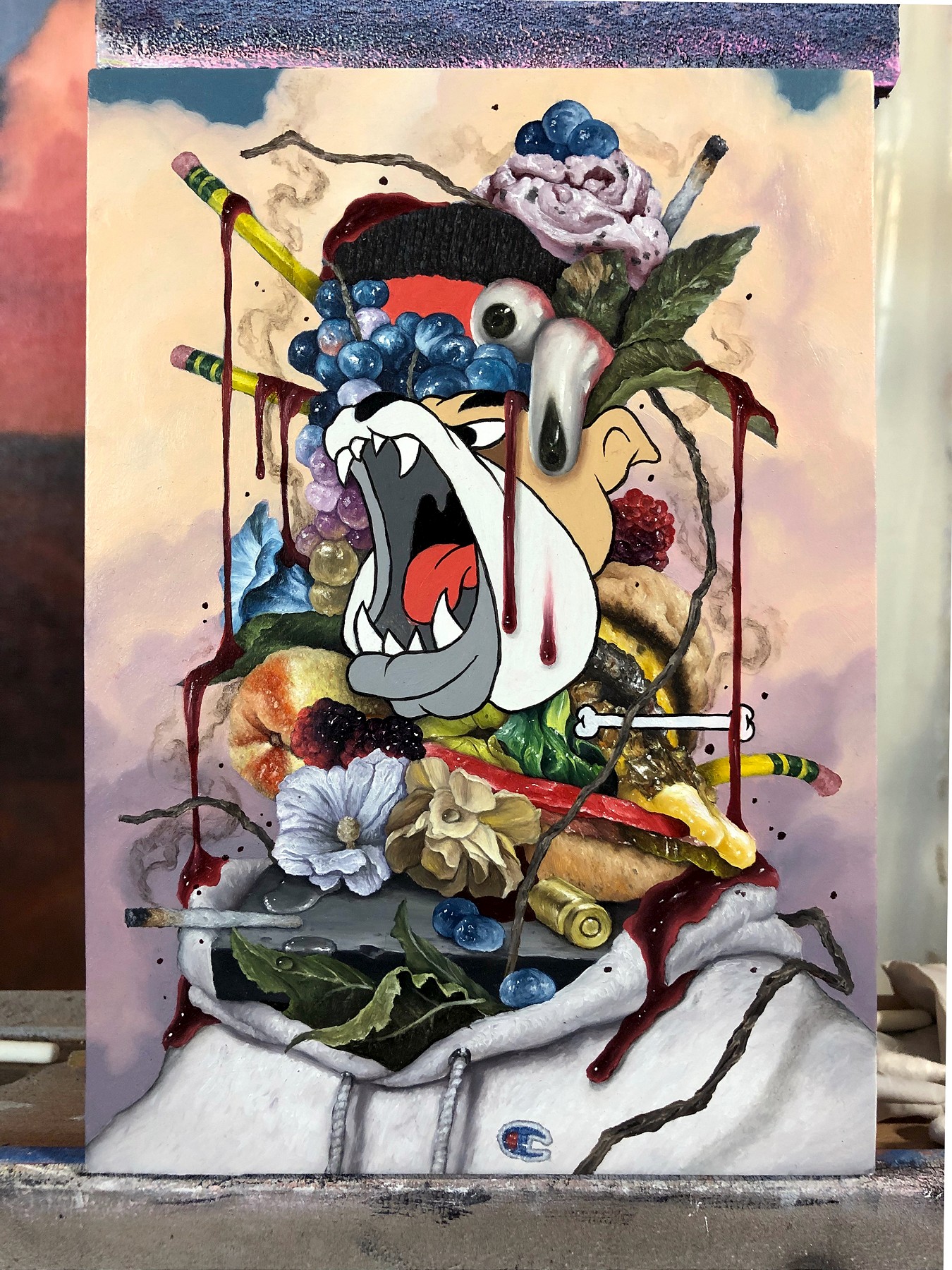 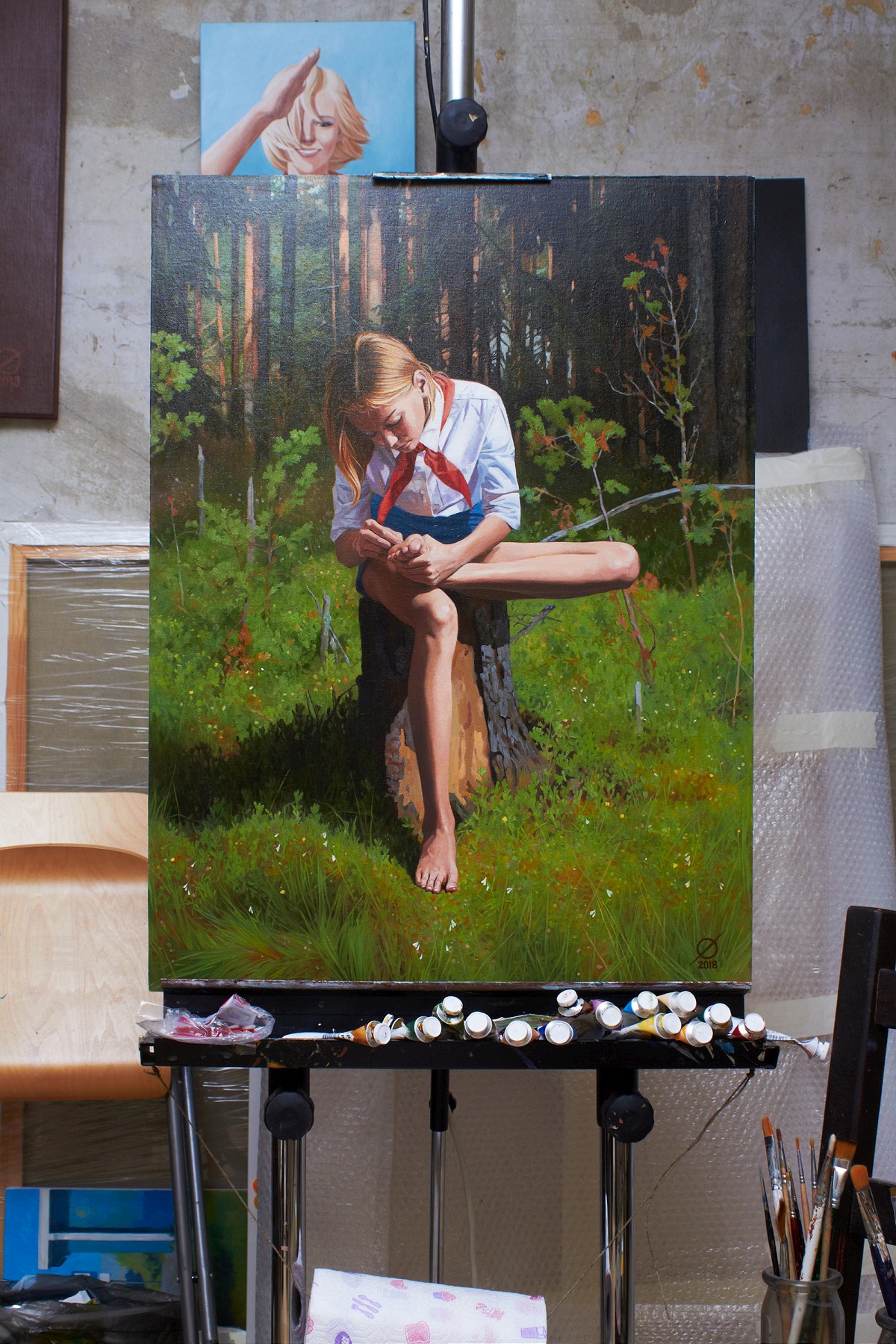 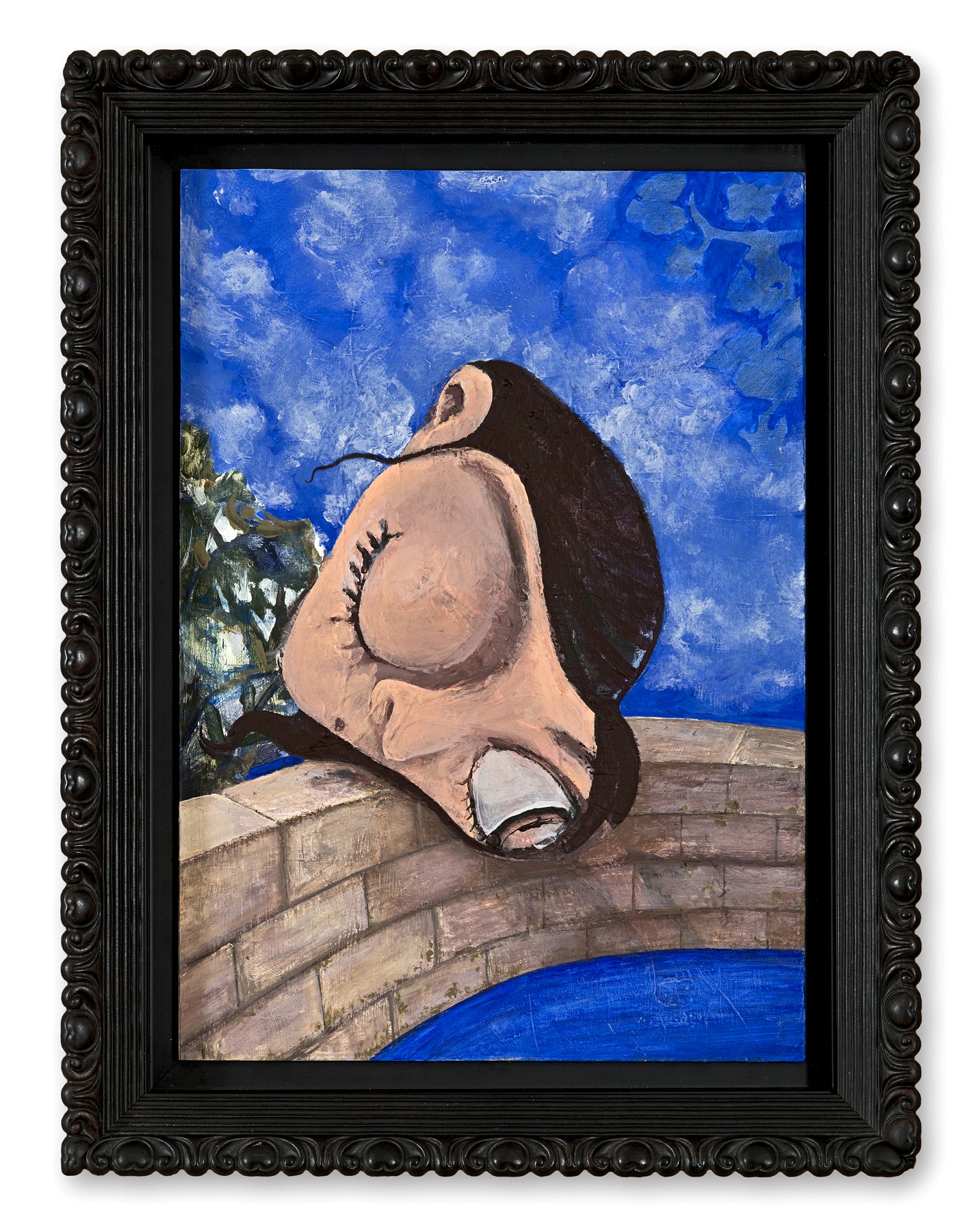 Galerie C.O.A. in Montreal is opening a new group exhibition titled New Classics featuring works by 11 international artists. Curated by Sasha Bogojev, the presentation will include works by selected artists whose practice revolves around utilizing the visual languages, atmospheres, aesthetics, or other elements of renowned artistic movements or individual masters.

The featured artists cleverly play with the notion and appearance of what is widely considered "the classics." Borrowing (de)construction methods of Cubism or Expressionism; creating the elegant atmosphere of old masters' masterpieces; reinventing the formats of the classical portrait; or depicting the new, contemporary motifs using historically relevant visual languages, these artists produce "new classics."

Working with a diverse range of techniques and materials, these artists hailing from all over the globe are creating pieces which challenge the recognized qualities of masterpieces and critically acclaimed art. Holding onto one or a few of the key aspects of such work, all while introducing a whole selection of new visual treats, their takes on classic art is refreshing and bold, as well as a direct reflection of our contemporary society.

Through the selection of some 25+ pieces created for this large exhibition, the participating artists were challenged to showcase what their contribution to the imaginary art history museum would be. New Classics aims to simultaneously encourage the unconstrained and determined attitude of young creatives to play and experiment with the art history's legacy while nurturing the appreciation and love for classic masterpieces.

Eleanor Mccaughey - Irish painter has been working with a classical bust or head portrait format, but reducing her subjects to a silhouette sculped in shiny, often reflective material. Allowing only certain features to stay recognizable, and providing the illusion that the viewer can see his reflection in the image, McCaughey's work is criticizing the creation of false identities on social media.

Pablo Benzo - Chilean artist is working with soft, subdued tones, creating curious arrangements that evoke the motif of a vase with flowers but deprived of any dimensional or physical rules. The results are surreal still-life images that carry the evident aesthetic and feel of works by such classical masters as Picasso, Dali or Duchamp.

Ted Pim - Irish painter whose work has been reinventing the aesthetics and technical elements of the old masters. From floral, still-life compositions that include urban paint drip into their lush composition to adding another dimension by double stretching his masterful takes on classical portraits, the works are keeping the quality of old masterpieces while adding subtle and effective contemporary twists.

Erkut Terliksiz - Turkish painter and designer who has been creating rich irreverent works in the manner of most prominent names of expressionist painting. Mixing elements of surrealism, classic portraiture, and openly flirting with abstraction, both his work and creative process are full of discoveries, experimentations, and unexpected surprises.

Emilio Villalba - LA-based artist has been working with the deconstruction of classic portraits recently started developing a new body of work that explores interior spaces, personal artifacts, and the symbols of life. Using his imposing brushwork and painterly technique, Villalba creates texture-rich abstract assemblages of realistically rendered objects or symbols.

Sean Norvet - LA-based artist has been using the traditional portraiture format to compose bizarre, surreal depictions of imaginary creatures by patching up familiar objects and imagery. Primarily focused on creating an amusing image, he often comments on how lifestyle and society can shape an individual by literally assembling his subjects from what they consume.

Kathy Ager - Canadian artist and designer is focused on painting fresh take on still life by constructing chic and eerie still life compositions. Rendered in oil her works are intertwining the elements of Urban, street, and popular culture along with visuals from her personal life, all within the atmosphere and the elegance of Dutch masters' classics.

Julio Anaya Cabanding - Spanish artist whose practice is based on creating meticulous replicas of the renowned museum-worthy images in surprising public locations or on found objects. Painting replicas of masterpieces of Renaissance, Baroque, Impressionism, etc, he is developing puzzling creations which challenge notions about the relationship with fine art.

Doping-Pong - Russian art collective whose work strongly relies on the legacy of realism, Socialist romanticism, and the iconic Socialist propaganda imagery. In their work, they are often mixing the signature imagery from their homeland's rich history, regularly mixing it with fairy tales, movies, myths, or surreal elements.

Aldo Sergio - Italian painter whose oil paintings are reinventing the classical imagery by pixelating the main segment of the image. Applied both to portraiture and still life formats, this hallmark element is juxtaposed against a delicately rendered background which evokes the profound aesthetics of classical oil paintings.

Mathieu Cherkit - French painter whose highly textured and atmospheric images are mixing the aesthetics of Impressionist classics along with clear influences of contemporary painters such as Heidkamp, Wood, or Hockney. Not strict on perspective or depth, his impasto canvases have an irresistible naive feel to them and are mainly focused on representing the space on a flat surface.

Sasha Bogojev has been a writer for multiple online art-related platforms and is currently working as a contributing editor of Juxtapoz magazine. He also contributed to a number of books and monographs focusing on urban/street or contemporary art, and has curated a couple of shows worldwide showing a distinctive taste for consequential contemporary figurative art.