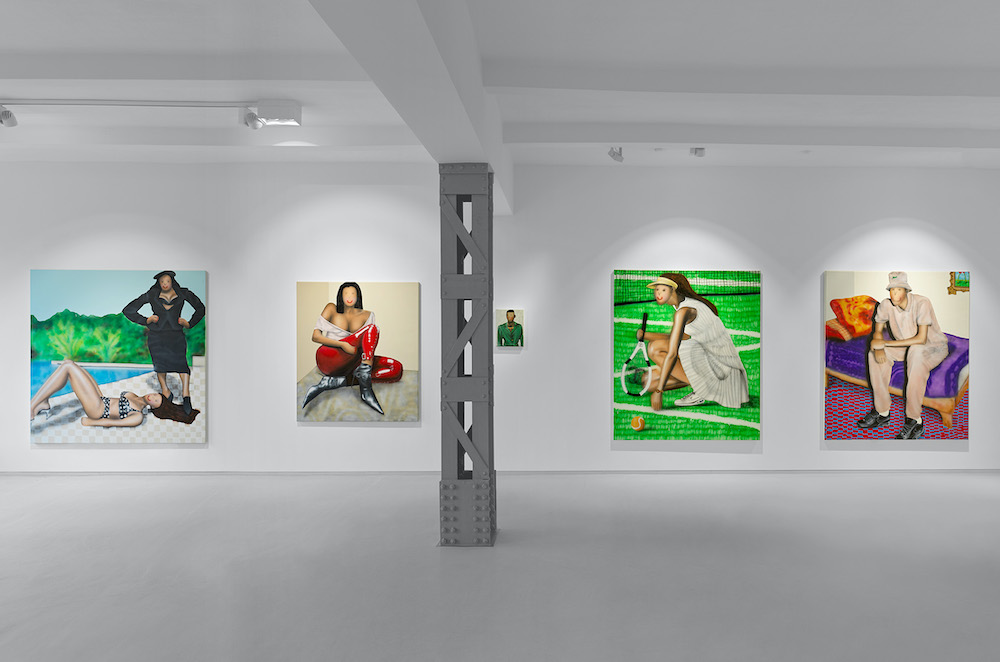 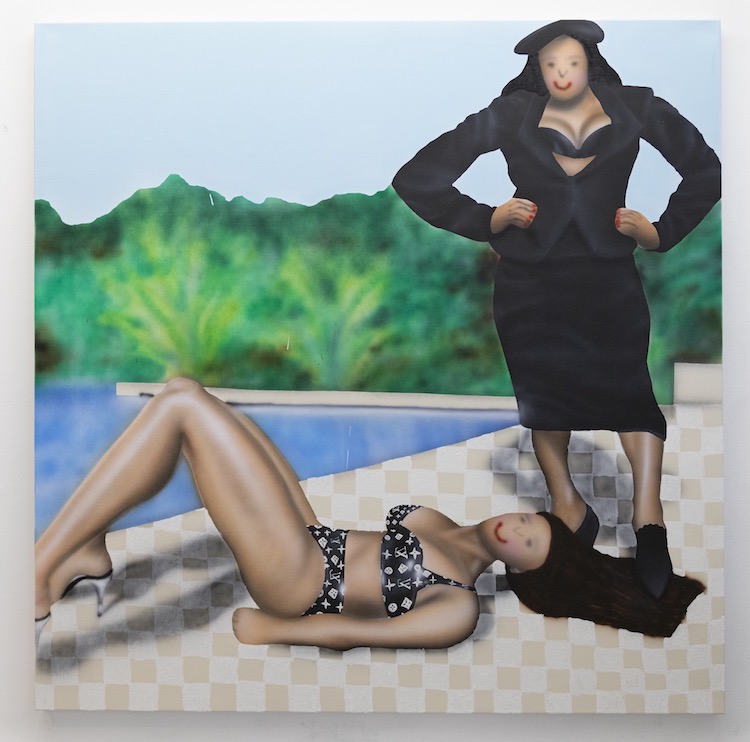 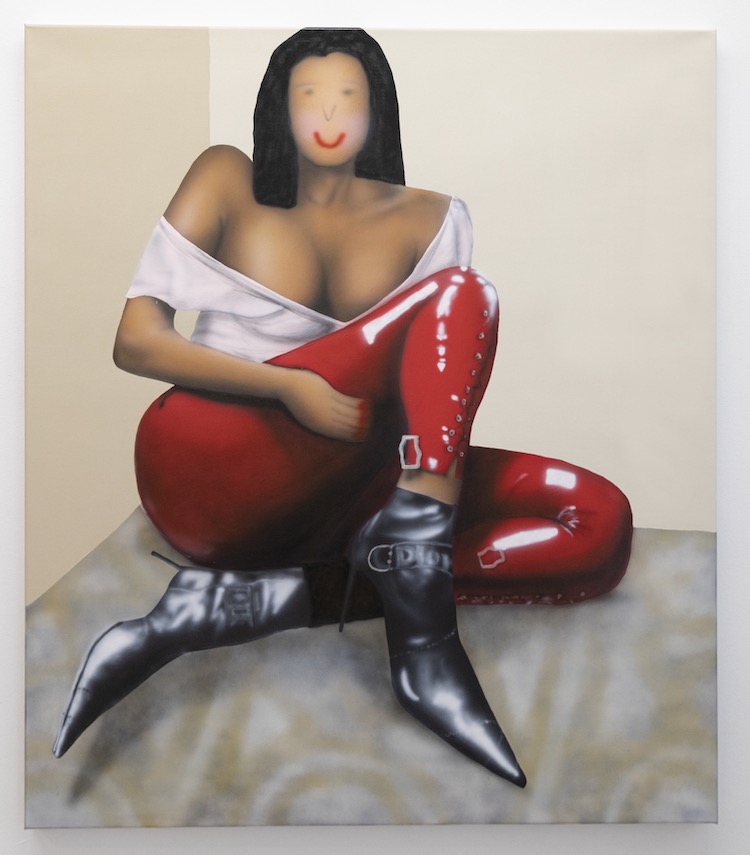 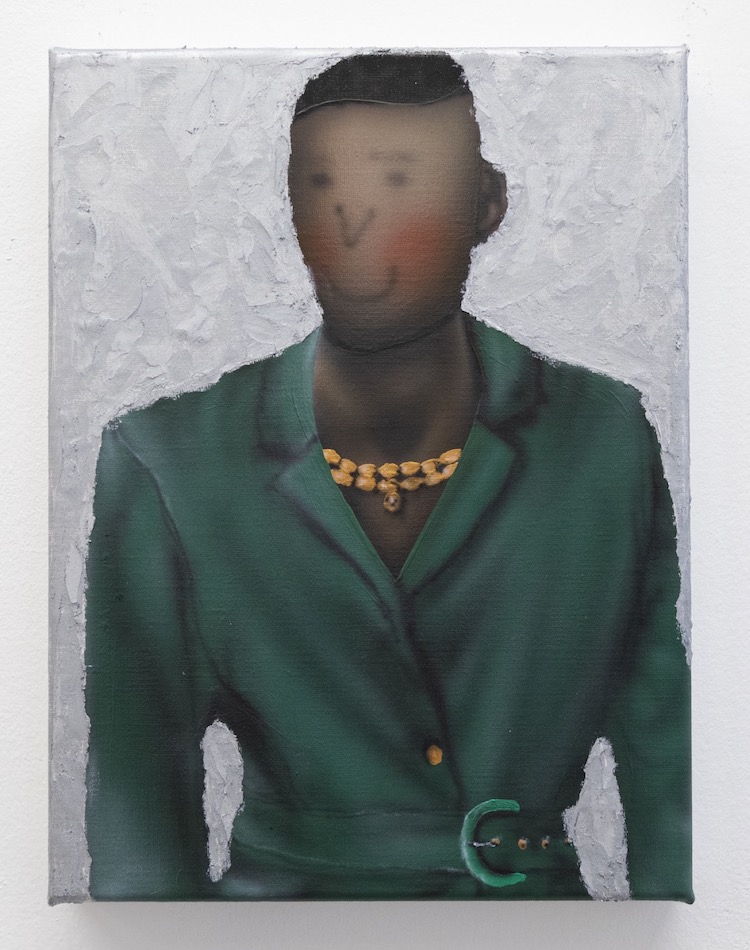 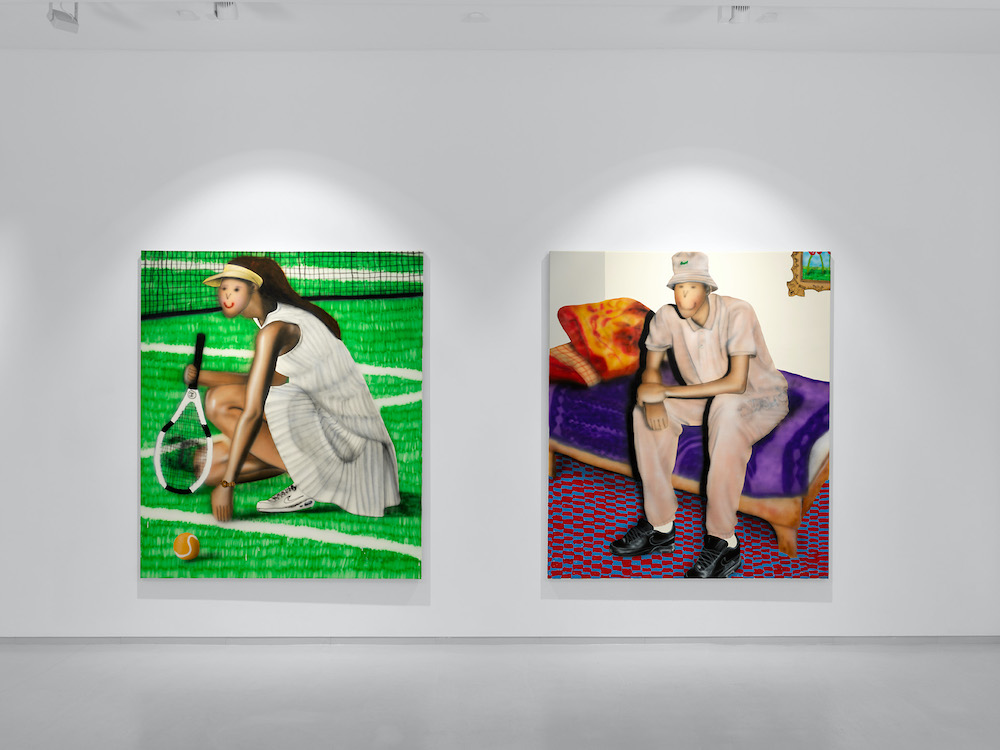 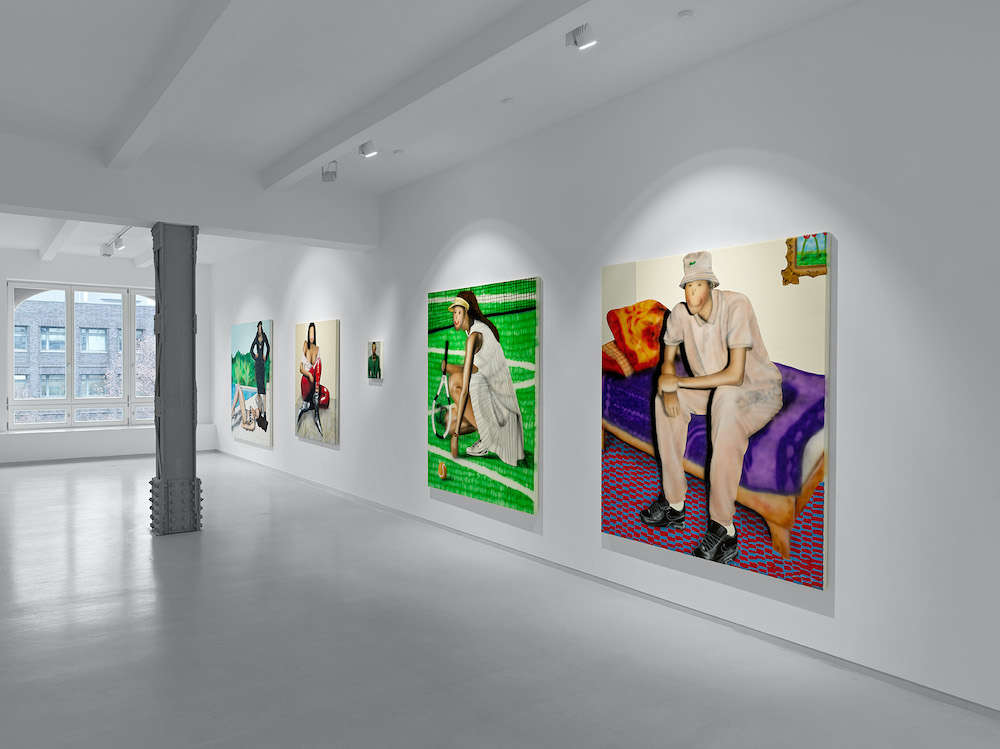 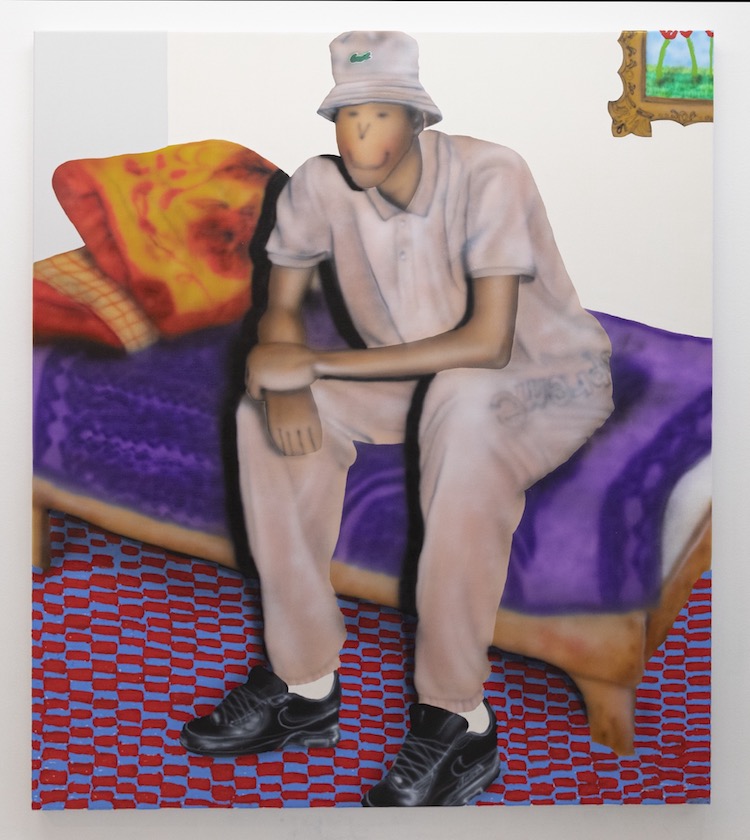 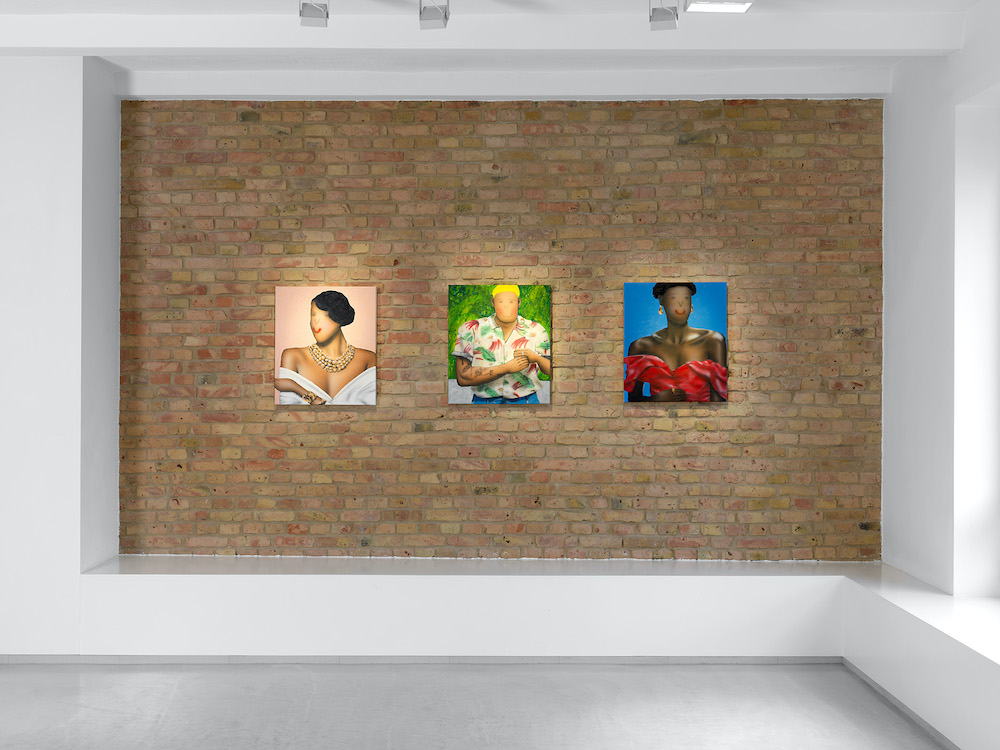 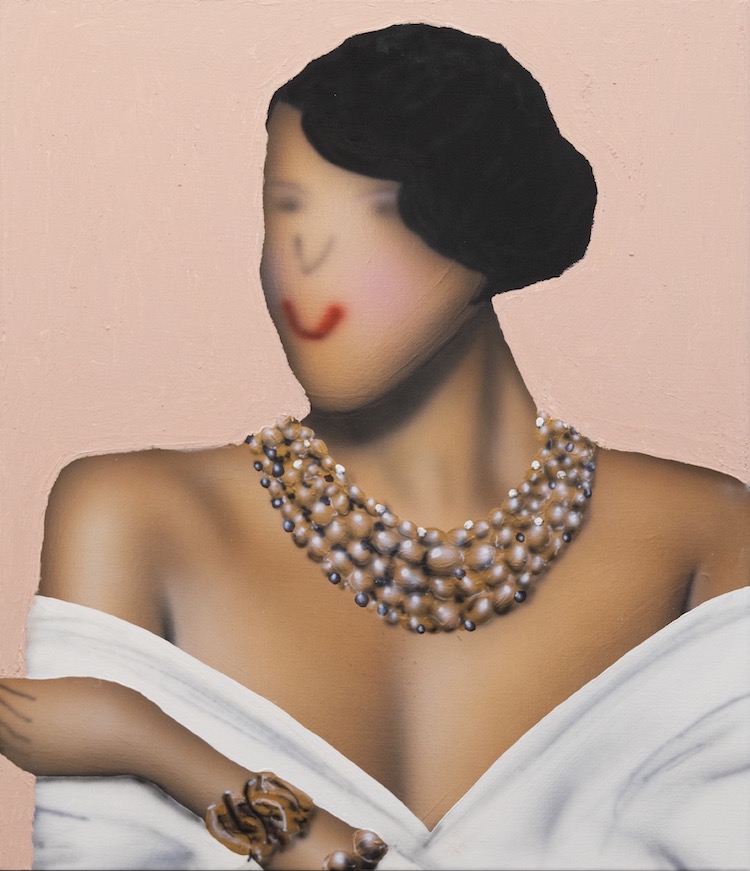 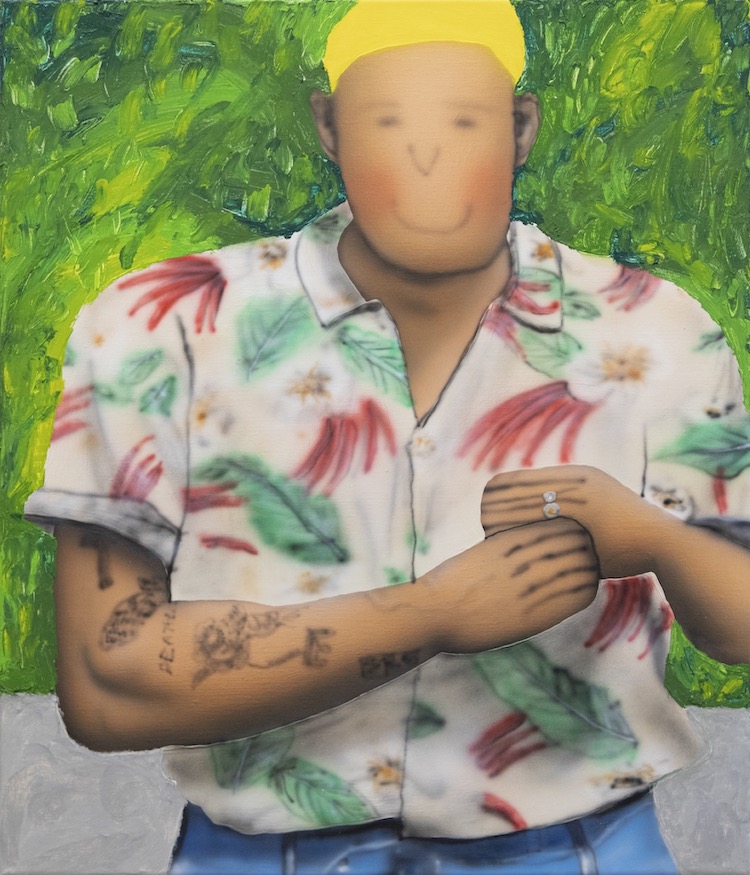 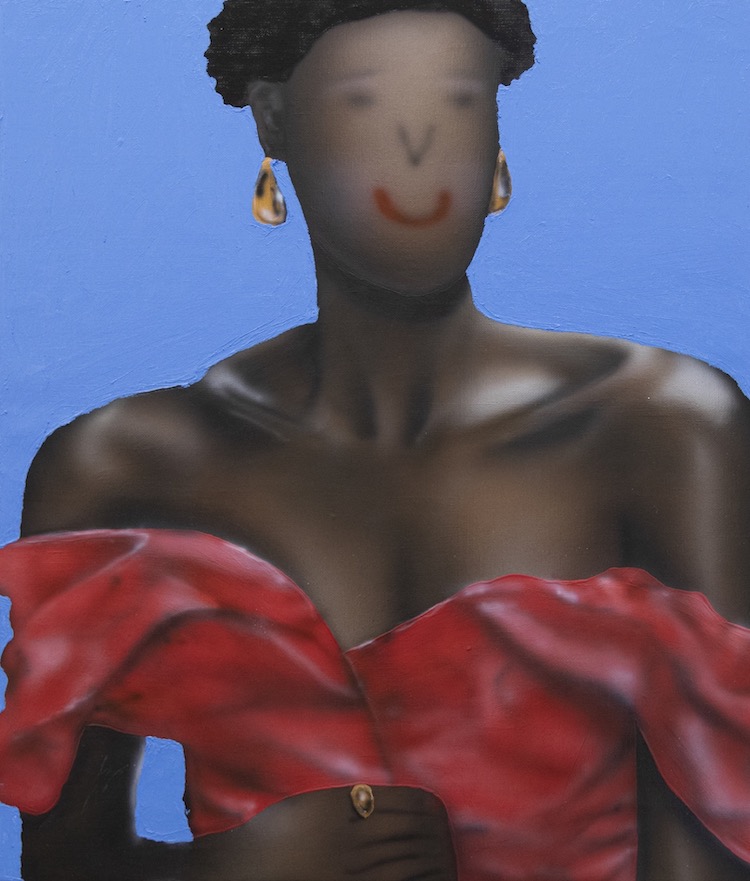 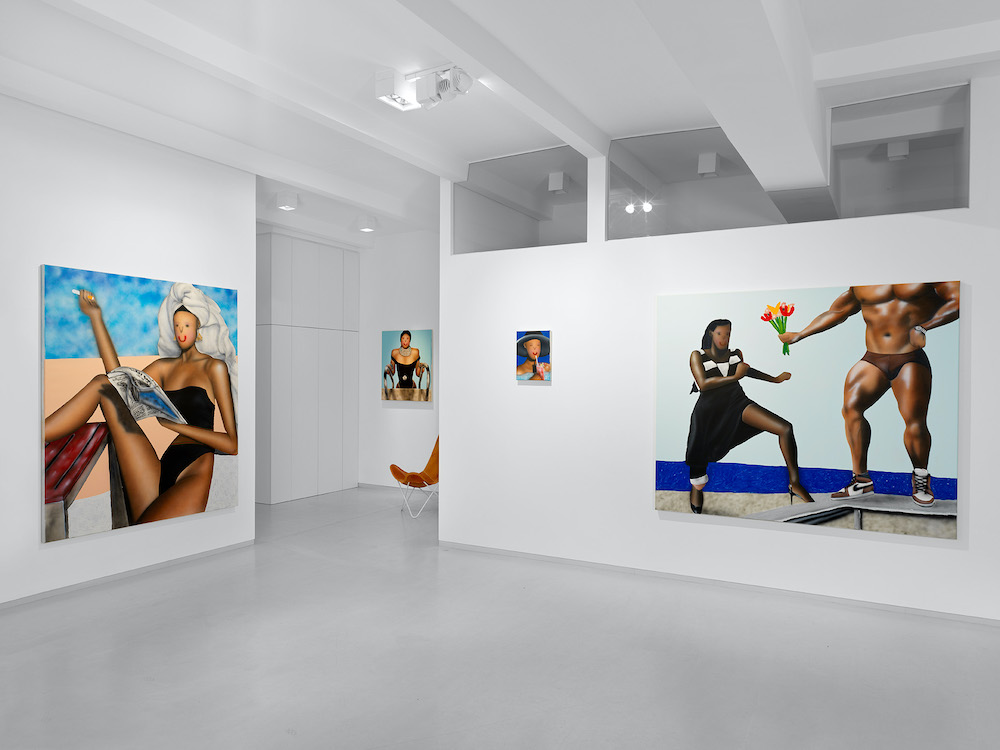 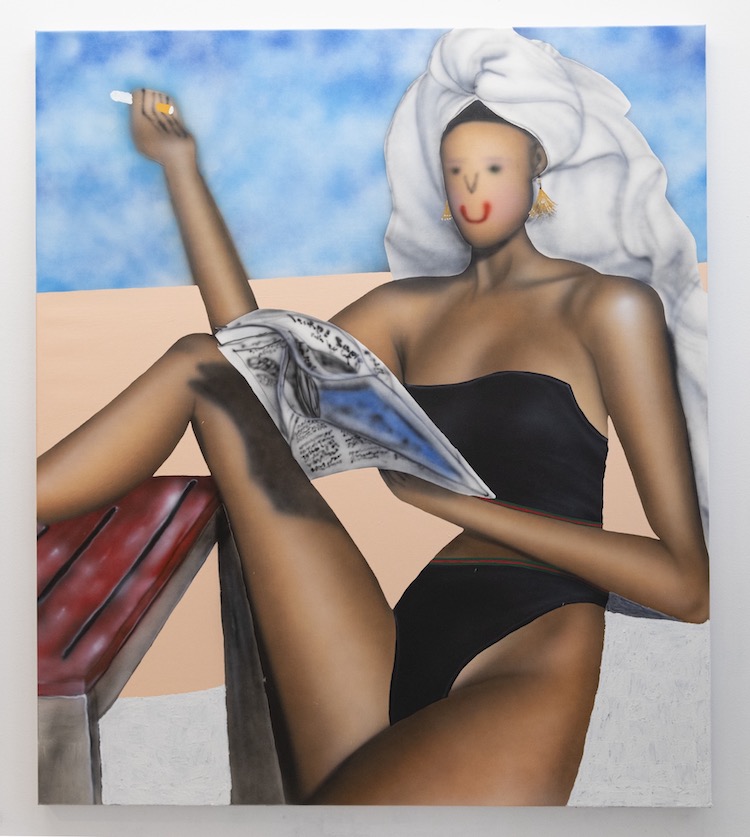 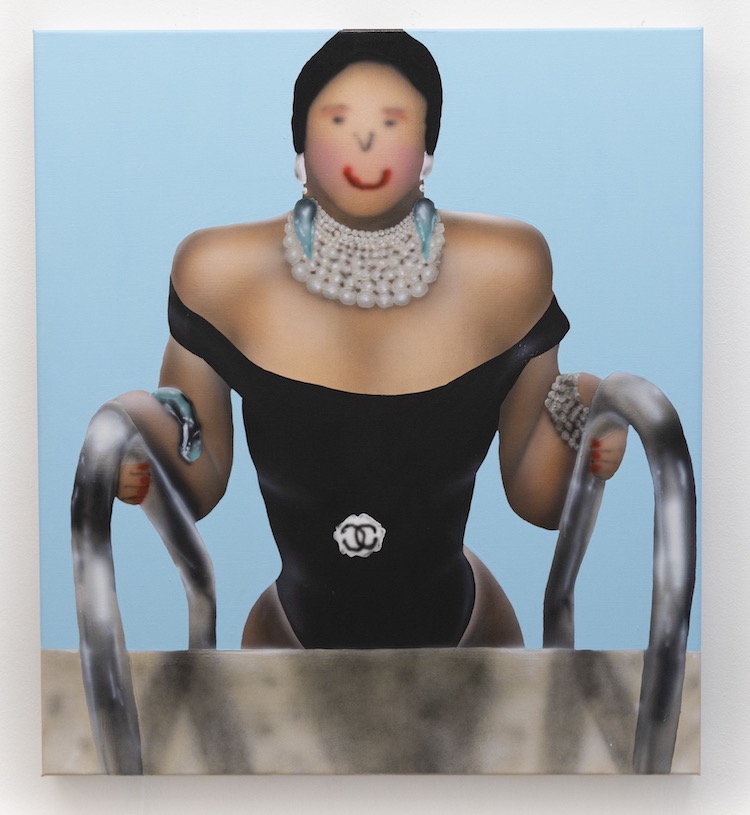 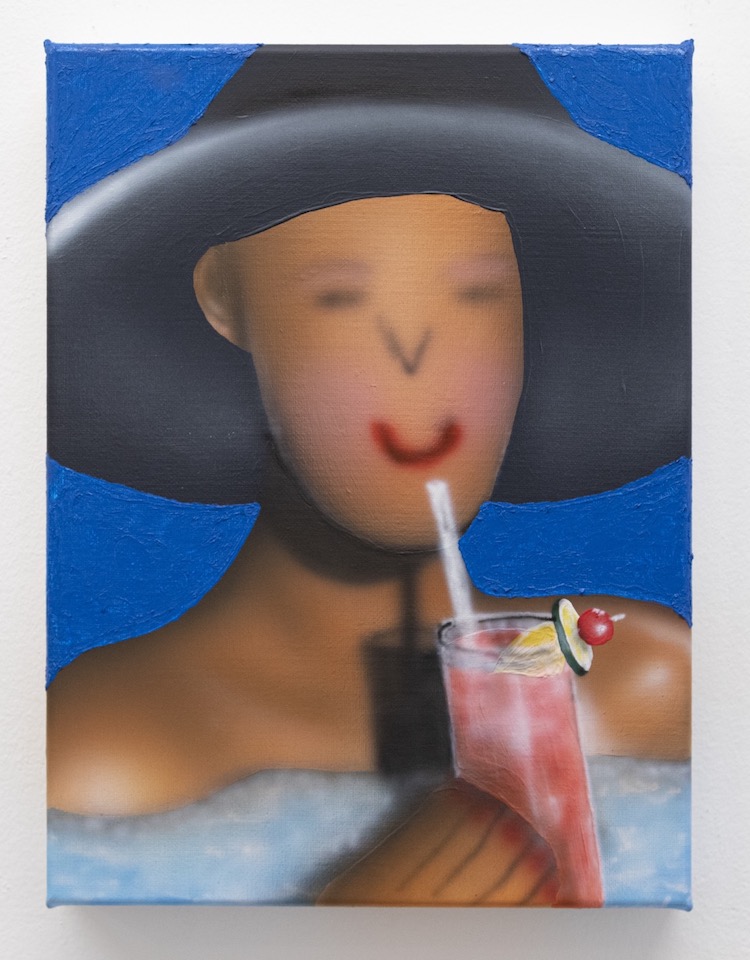 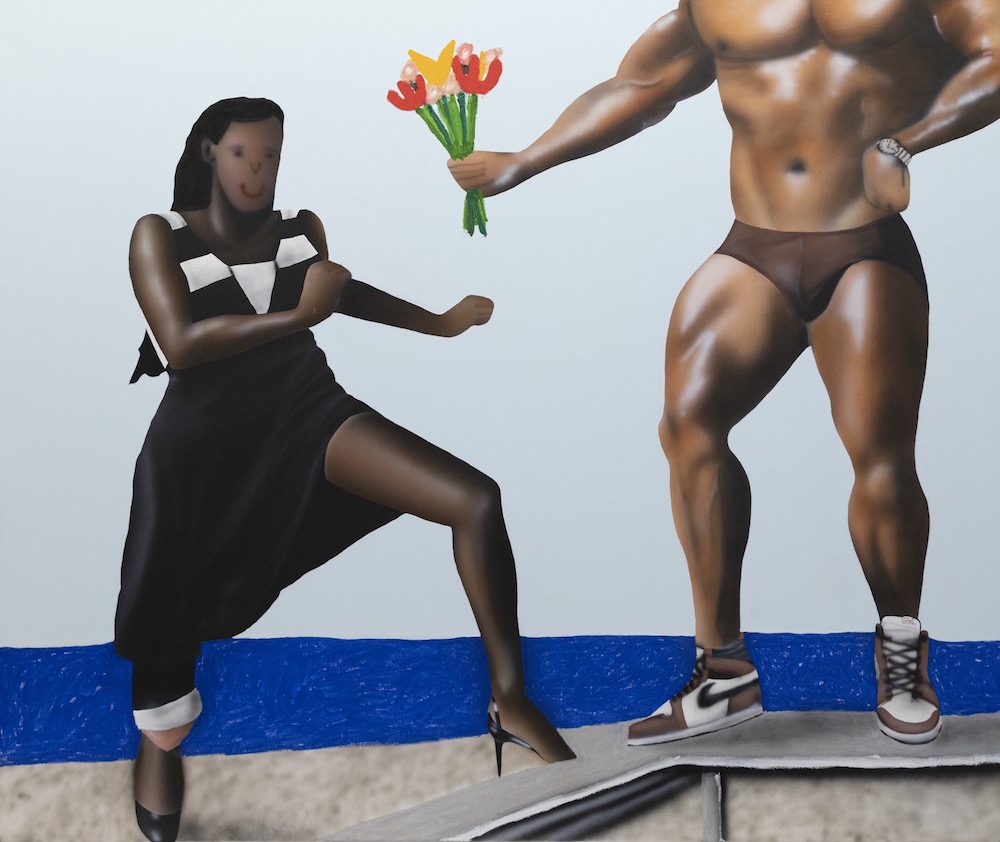 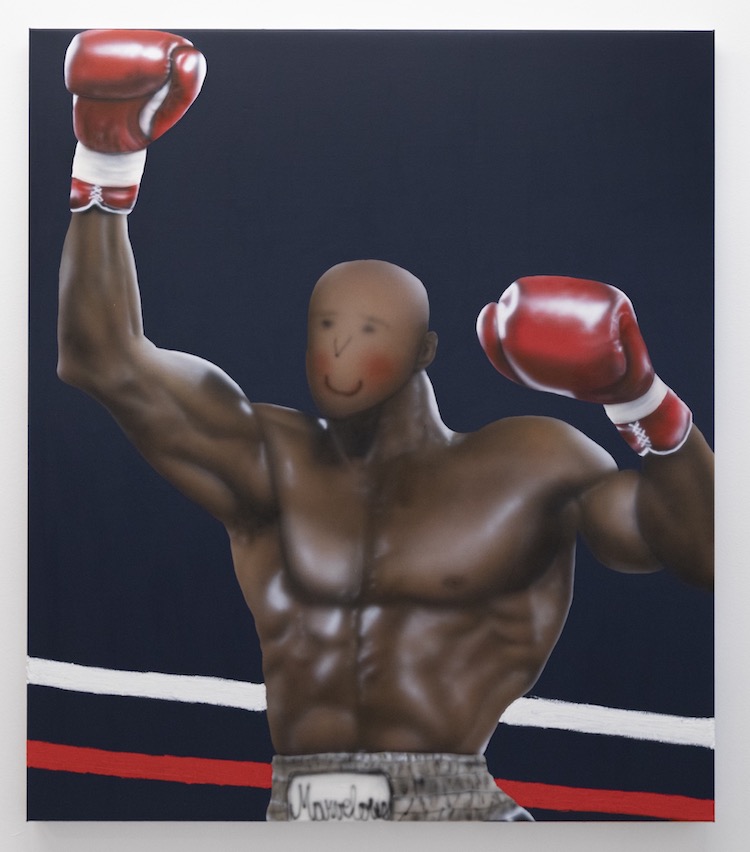 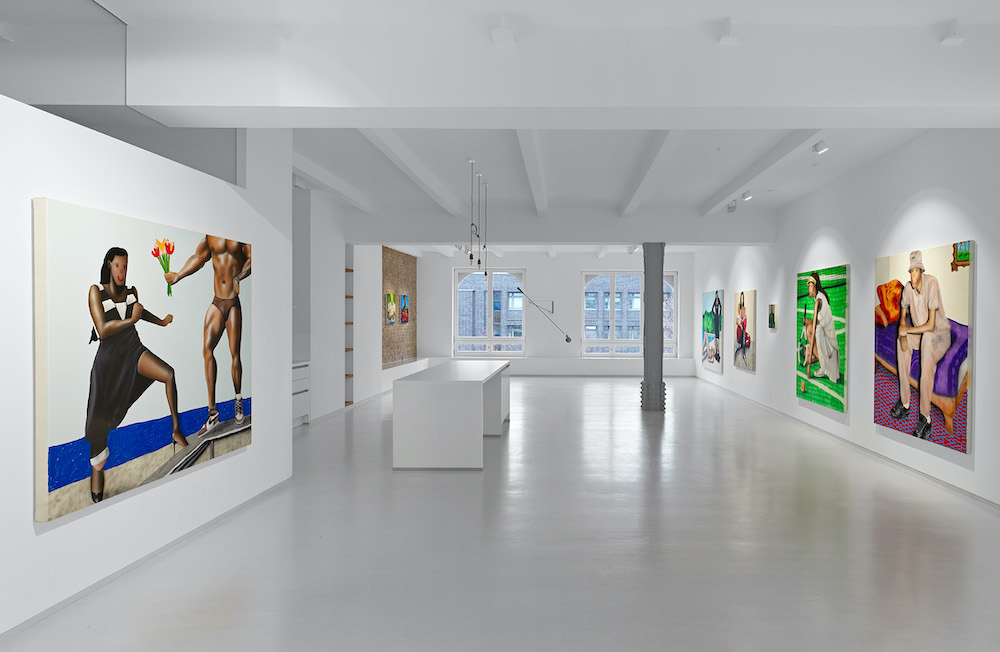 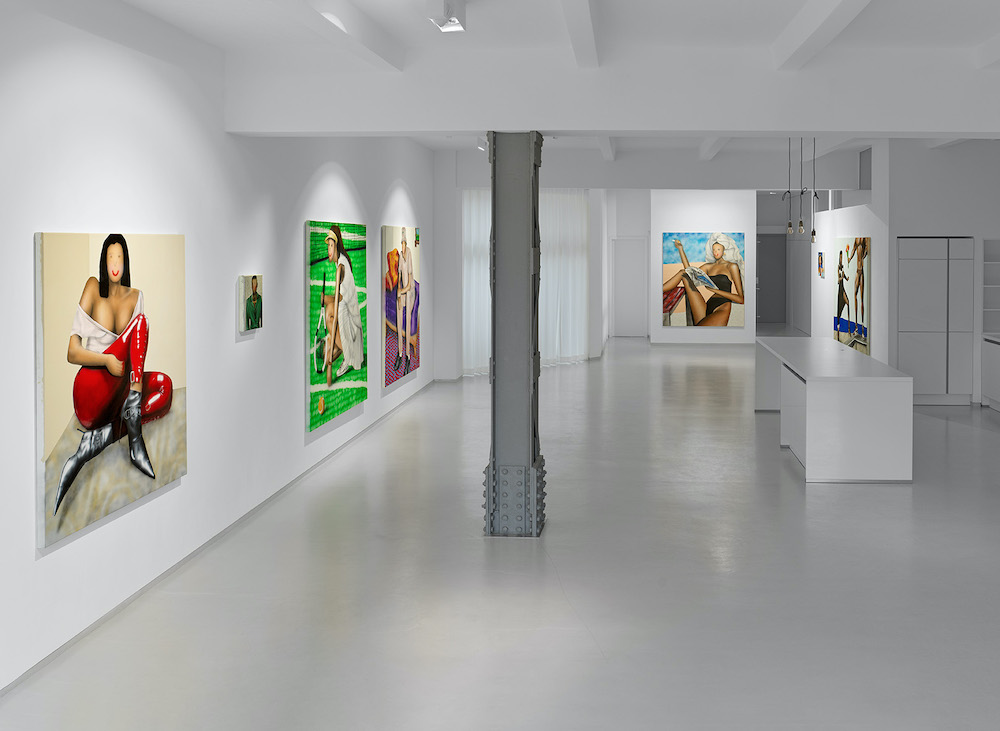 A few months back we’ve covered Evgen Čopi Gorišek’s American debut over at Padre Gallery in NYC, which followed his first-ever solo show with Plan X gallery in Italy, and we’re happy to see Slovenian artist continuing his successful trajectory with a solo show in his adopted hometown. Timed perfectly with the lifting of some of the local Covid-19 restrictions Duve Gallery in Berlin opened Exit on March 13th presenting an all-new body of work by the young painter.

Having so many exhibitions back to back can be a slippery slope, especially for an artist at an early stage of his career. But Čopi Gorišek seems to be using each opportunity in the best possible way, matching his production with the pace of his main source of inspiration - the almighty Internet. The works he debuted in NY, which to some extent focused on the depiction of shiny surfaces and voluminous forms, are getting further elaborated in the works which are now on view in Berlin. Fitting perfectly in Duve’s spacious loft-type venue, the exhibition features a series of portraits which are again putting emphasis on the superficial appearance and the literal surface of the entire scene, rather than the human subject itself.

Mesmerized by the possibilities that elaborate surfaces can bring to the work, Čopi Gorišek is now frequently experimenting with thick oil segments, using the plain rugged background to lure the eye to focus on the portrayed characters and their traits. Rendered in the “faux-naif” manner by combining somewhat unorthodox techniques such as airbrush, spray paint, and oil stick, their most recognizable quality is the smeared, smiling stickman face. Influenced by the abundance of “living my best life” snaps from Instagram or lifestyle magazines, places where the outside matters more than the inside, the subjects are now introduced as blurry, exaggerated caricatures of what they represent. Pushing their grotesque smile to the point of it almost detaching from the rest of their body, Čopi Gorišek instantly disconnects them from the flashiness of their surroundings or their attires. Pointing out the emptiness and superficiality of what’s touted as “reality,” especially in times where the actual reality is almost nonexistent, these visuals propose looking for an EXIT from such a toxic narrative. —Sasha Bogojev