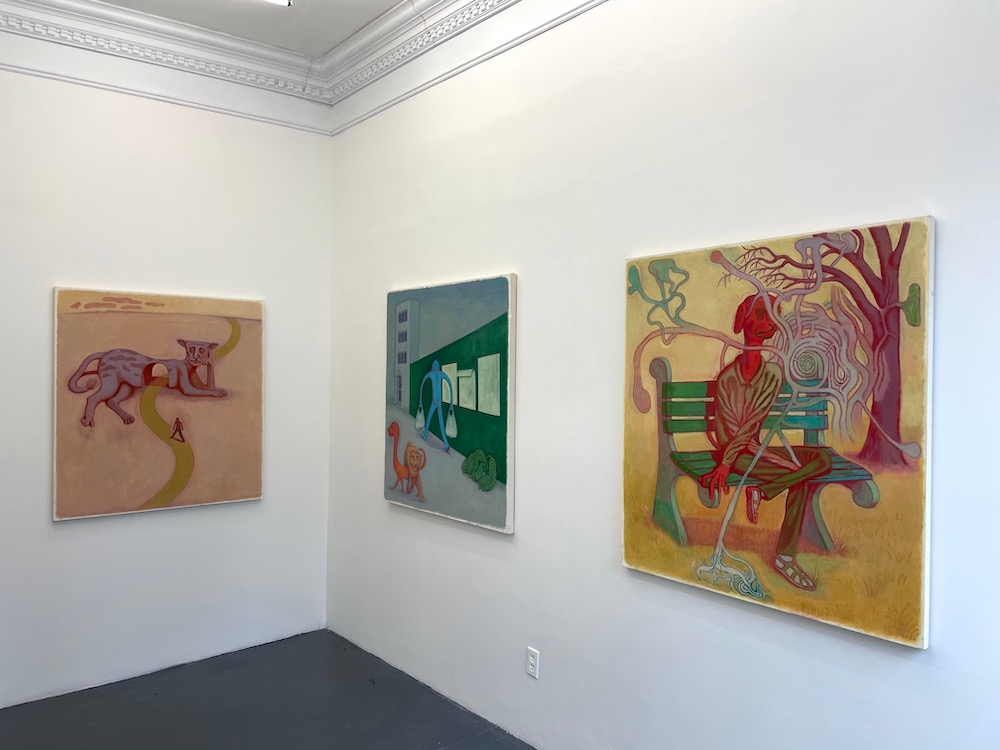 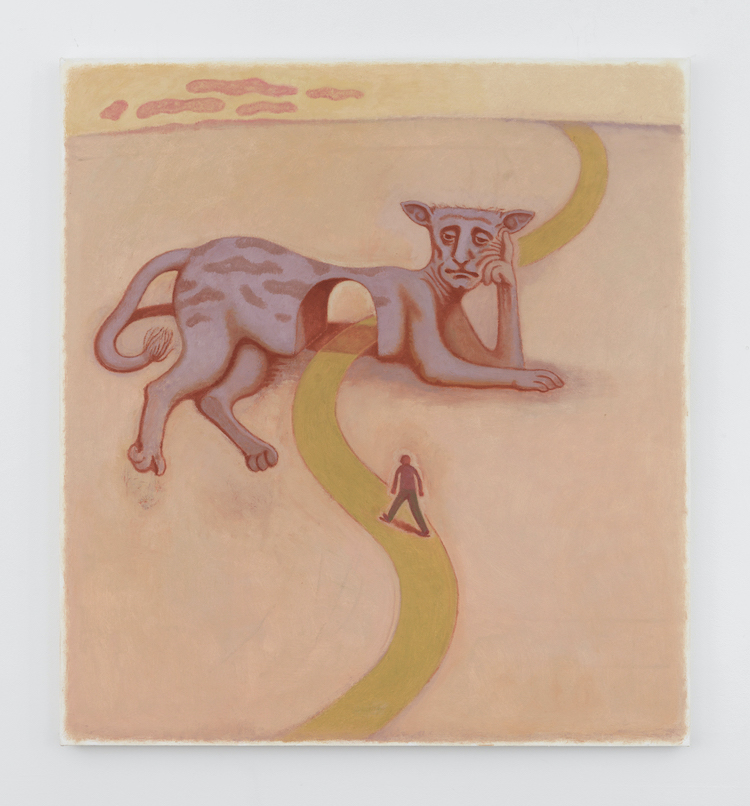 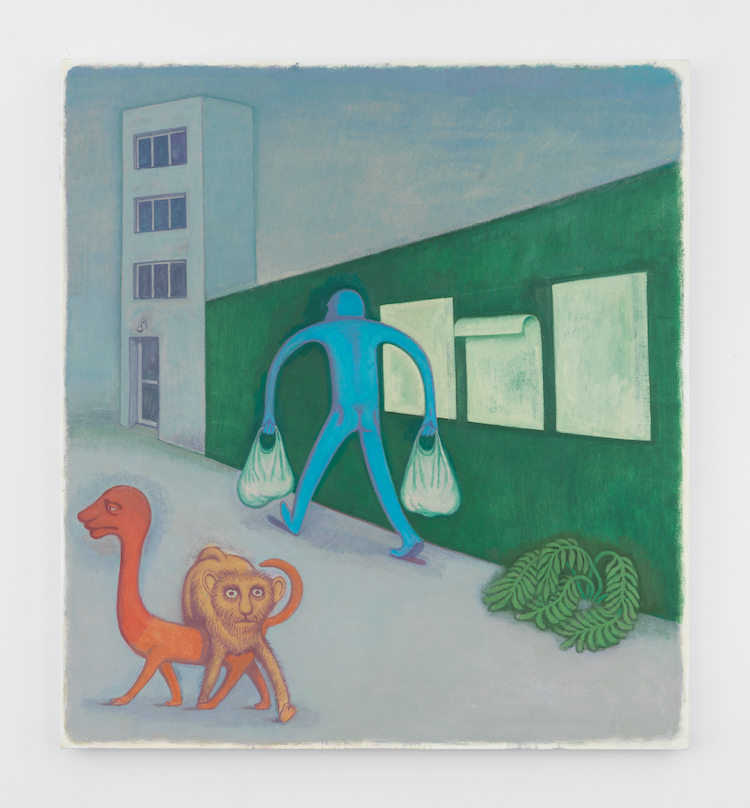 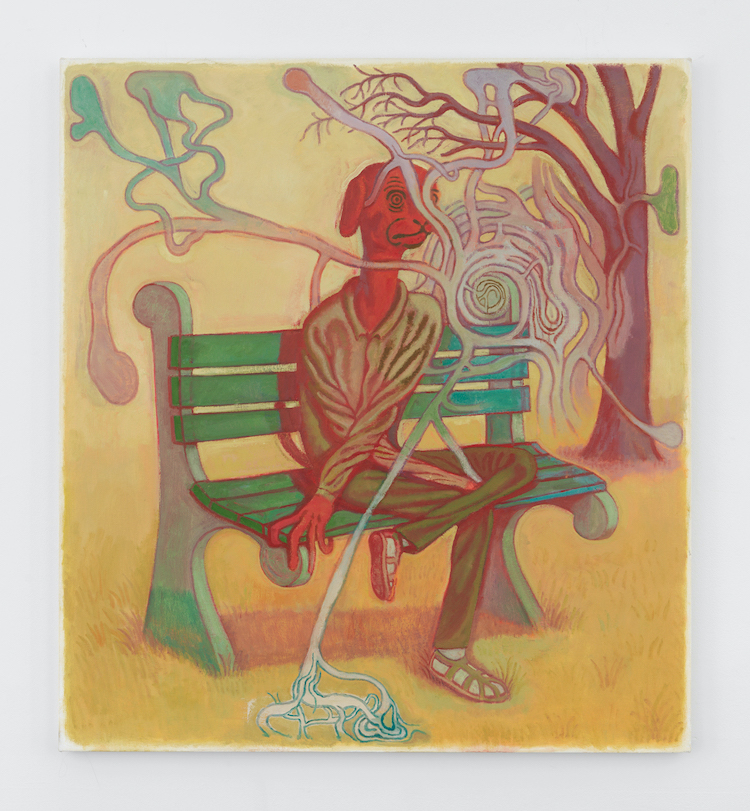 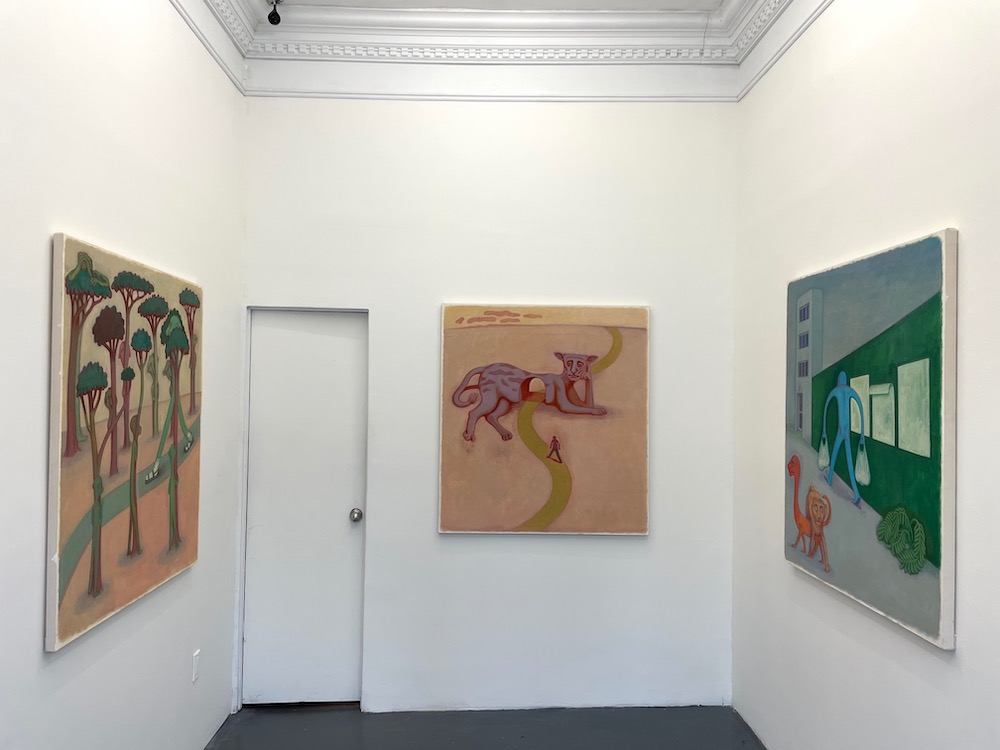 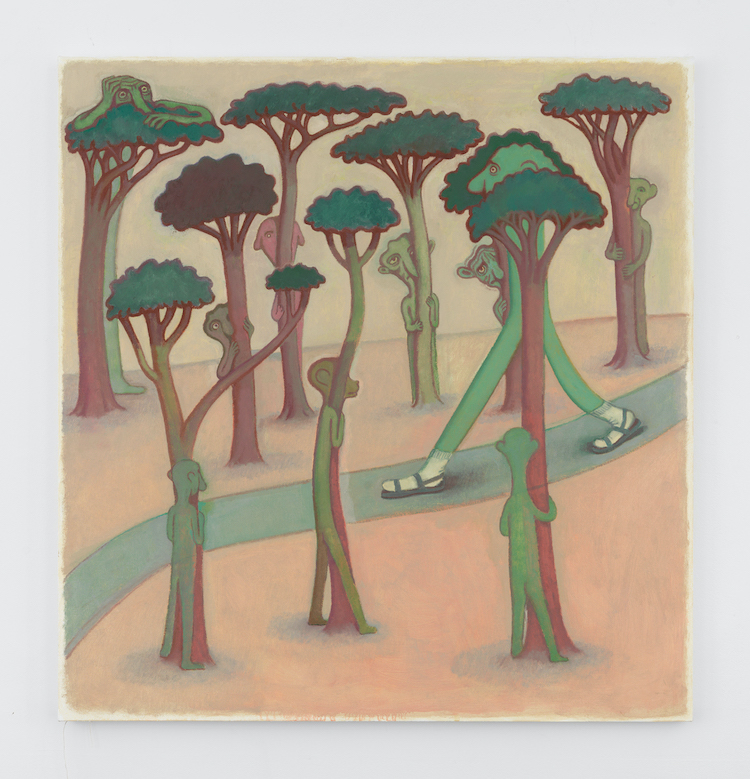 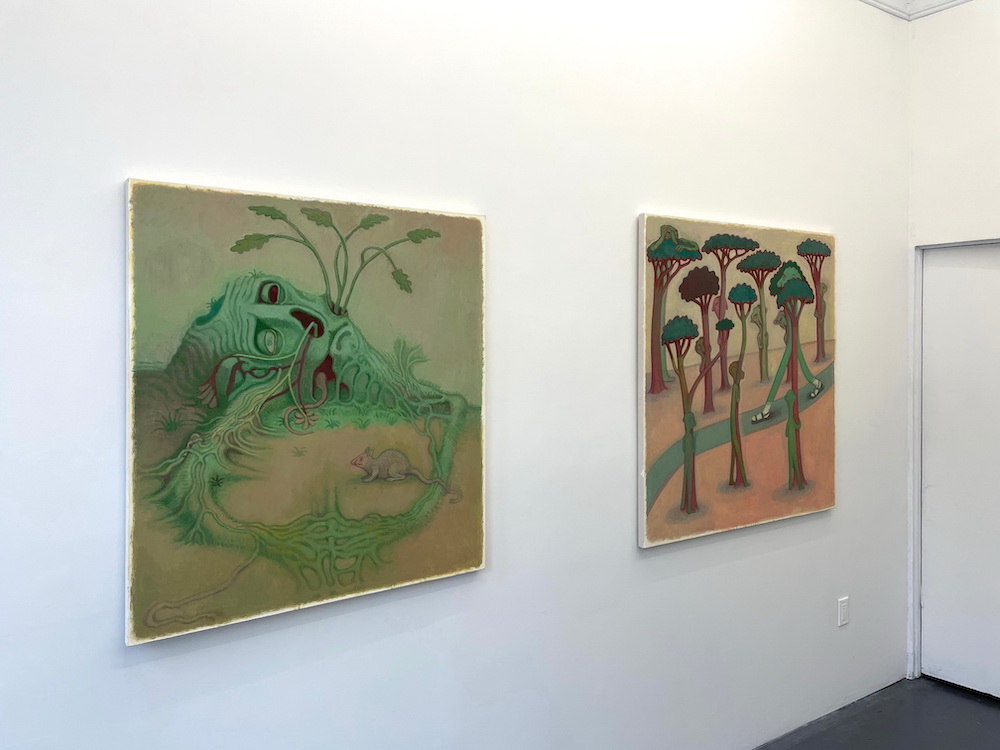 It's pretty obvious that over 25 years of our existence, Juxtapoz profiled itself as the appreciators of the weird. So it's no wonder we really enjoyed seeing Small World, a debut exhibition of new work by Clayton Schiff with 56 HENRY in NYC.

This intimate presentation in the gallery's compact space in Chinatown is comprising of 5 oils on canvas of pretty much identical format, each of them showcasing a scene from Schiff's imaginary (small) world. The uniformity format-wise is followed by carefully selected use of mostly subdued hues, dominated by washed-out greens, dark purples, and peachy tones. Such coloration strongly informs the ambiance of the works that feel like renderings of dreams, or alternations of real-life experiences. In addition to that, the images aren't painted to the edge of the surface, creating a sense of fragility and visually evoking the thought bubble of sorts. Such uniformity of the works disappears on the contentual level as each of the work uses different composition, framing, with very few, if any, recurring elements. Such a variety of scenes and concepts is directly clashing with the previously mentioned uniformity, constructing a sense of narrative built around an unknown, fantastical place.

Using the appealing pastel-like surface to lure the attention of the viewer, Schiff instantly takes us on a ride in which mundane intertwines with semi-psychedelic visuals. There is a nude silhouette carrying groceries in Crummy City but a similar character is portrayed in a strange relationship with the large trees in Keeping Up. The said color scheme is a great fit for the generally melancholic guise adorning the faces of depicted characters which are placed within a desolated, dystopian setting. Whether it's the anthropomorphic, Sphinx-like creature in Accommodations or the unusual dog-man sitting on a bench in Connecting, the subjects are regularly portrayed with lethargic or slightly anxious facial expressions. And besides their idiosyncratic appearance, the subjects are captured in the midst of actions in which the common rules or reality are either distorted, modified, shifted or are simply non-existent. Such constant balance between real and surreal, depicted and suggested, melancholic and borderline humorous, is arguably most obvious in Returned, in which a green skull is decomposing on the ground surrounded by curious rats. And yet, although explicit and featuring symbols of death and dirt, the entire scene, especially the way that its roots are intertwining and joining together, is somehow suggesting positivity and rebirth. —Sasha Bogojev