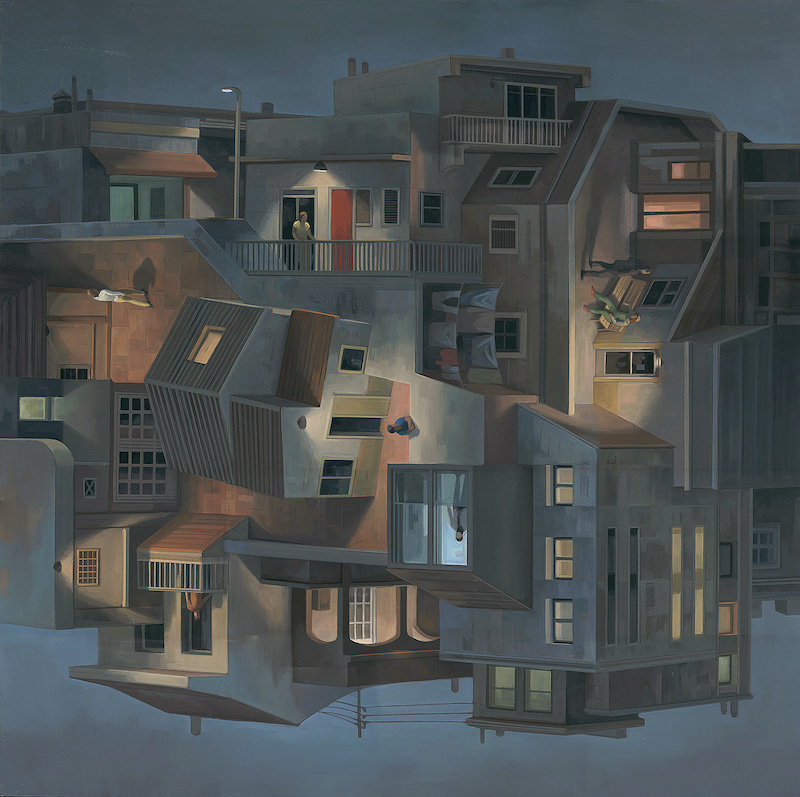 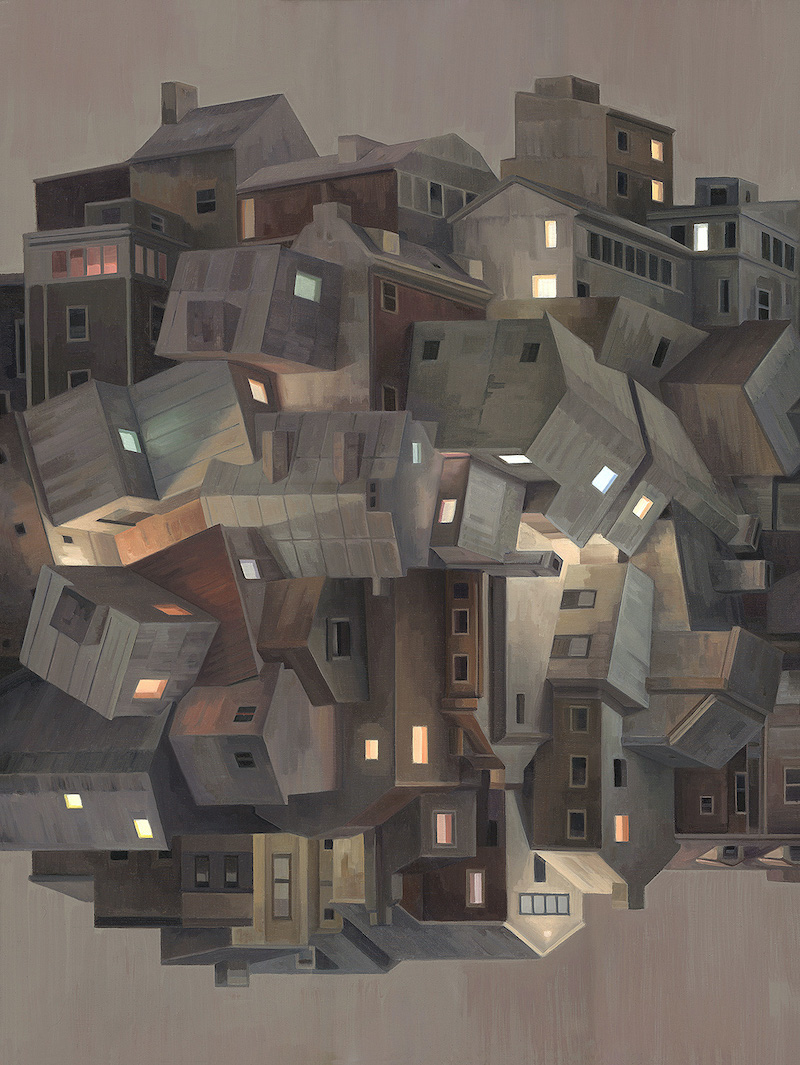 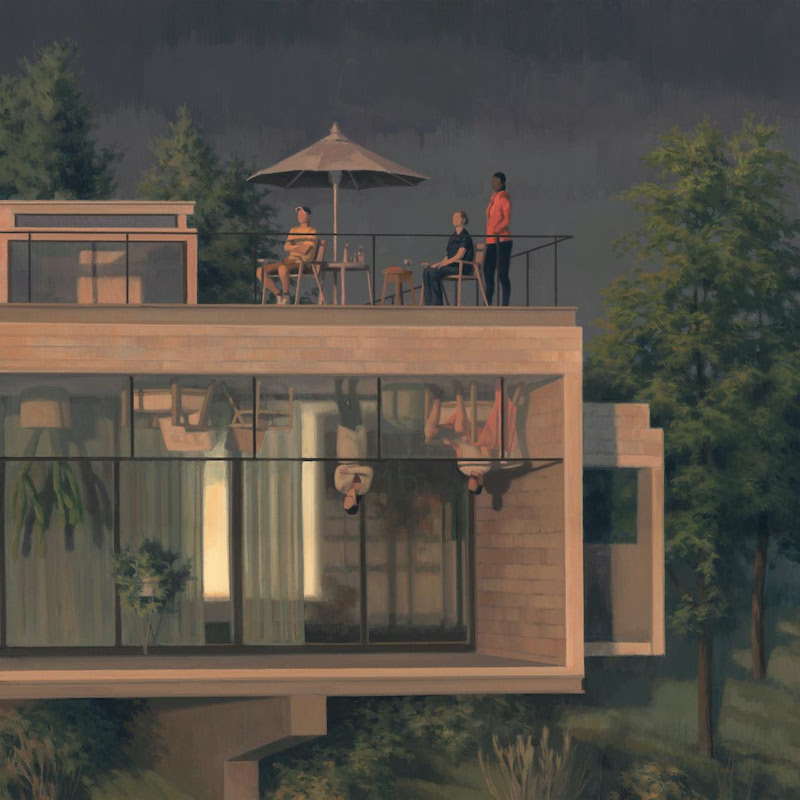 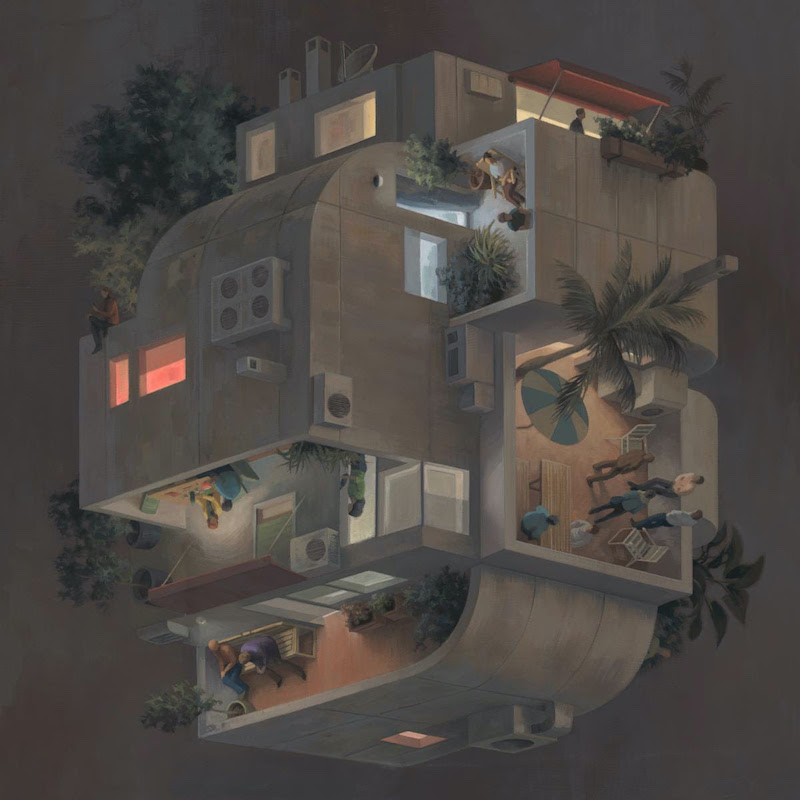 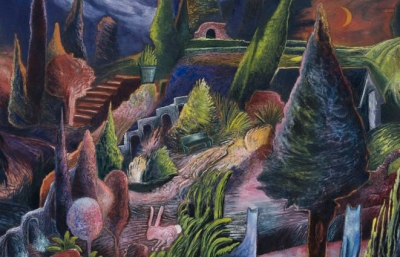 The Lancaster Museum of Art and History (MOAH) is pleased to announce the opening of Structure, a series of solo exhibitions featuring artists HK Zamani, Kimberly Brooks, Chelsea Dean, Mela M, Matjames Metson, Jim Richard, and Cinta Vidal. Additionally, pieces by Coleen Sterritt from MOAH's permanent collection will be on display. Structure explores the various ways in which humans organize their mental and physical spaces through art and architecture. Throughout the exhibition, time operates as a unique type of structure, itself — a river flowing from past to present to future — from which these artists draw inspiration. The we focus on today is Concrete by our friend, Cinta Vidal. The show is curated by Thinkspace Projects.

"Concrete architecture pursues functionalism and the elimination of conventionalism and ornamentation. Durable and versatile, cement protects the fragility of the life that passes through it with hard and rough shapes.  In the uncertain times we have had to live, our refuge has been our home. Astonished, western civilization have discovered its collective vulnerability and revalued the sense of family, neighborhood and community. The lights that shine from inside the homes are the reflection of everyday life inside each house in contrast to the darkness and uncertainty that is beyond. I love those mysterious moments between day and night, which invite rest and reflection." —Cinta Vidal

Multidisciplinary artist Cinta Vidal illustrates new perceptions of city landscapes by detaching and reimaging the architectural formations that function as the backdrops of life. For Vidal, depicting macro and micro levels of inverted apartment buildings and city structures illustrate the various ways the world is experienced by a mass population. Having grown up with an affinity for drawing, Vidal became an apprentice at Taller de’Escenografia Castells Planas, one of the most prestigious scenography ateliers in Spain and across Europe. There, she learned the trades of scenography, painting large-scale scenes and settings for theatre and opera backdrops. Utilizing this experience, Vidal uses acrylic paint on canvas to create what she describes as her “un-gravity constructions.” She paints each artwork with close attention to detail, fully realizing each structure and the unfolding scenes within. Vidal’s combination of saturation, detail, and balance work together to allow the viewer’s gaze to absorb these various and often intersecting viewpoints.

Cinta Vidal’s architecturally-inspired paintings encapsulate the concrete formations that enclose the day-to-day turbulence experienced at the personal and community level. Too often people are focused on individuality instead of commonality, leaving little room to observe the surrounding hustle and bustle of city-life. Vidal challenges viewers to look beyond the self and broaden their perceptions of the physical and divided structures humans frequently occupy. By depicting individuality within an arrangement of occupied spaces, she captures the conflict between the multifaceted nature in which society experiences the world, internal perceptions of reality, and the inflexible architecture people inhabit. Vidal’s unrelenting yet inverted constructions symbolize the “mental structures” of the individual. Thus Vidal’s unconventional portrayal of metropolitan architecture elevates these self-revolving structures, reminding viewers that they are not alone and to pay closer attention to the many pathways of life existing amidst the masses.

For more, head to Thinkspace Projects