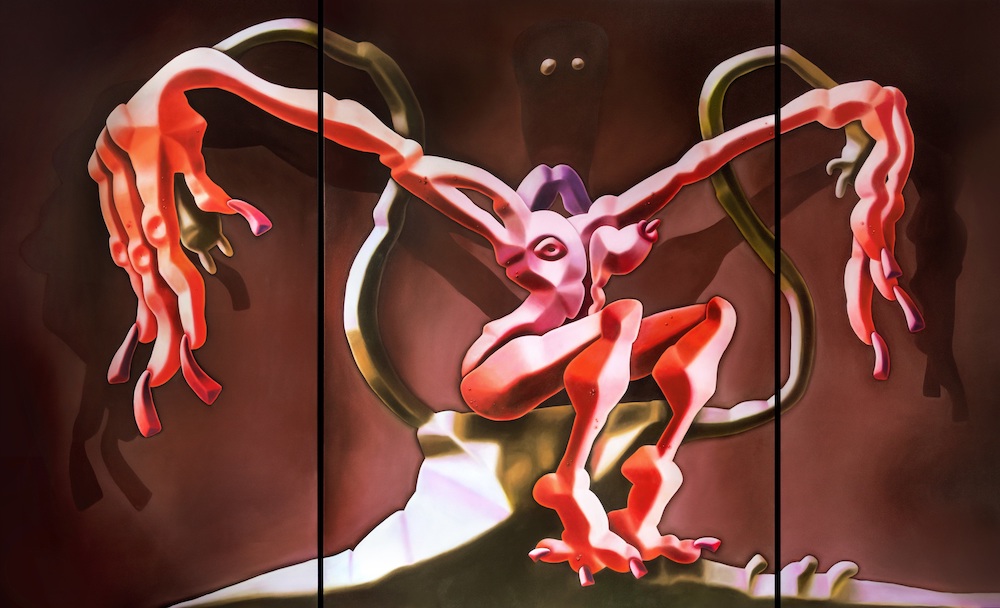 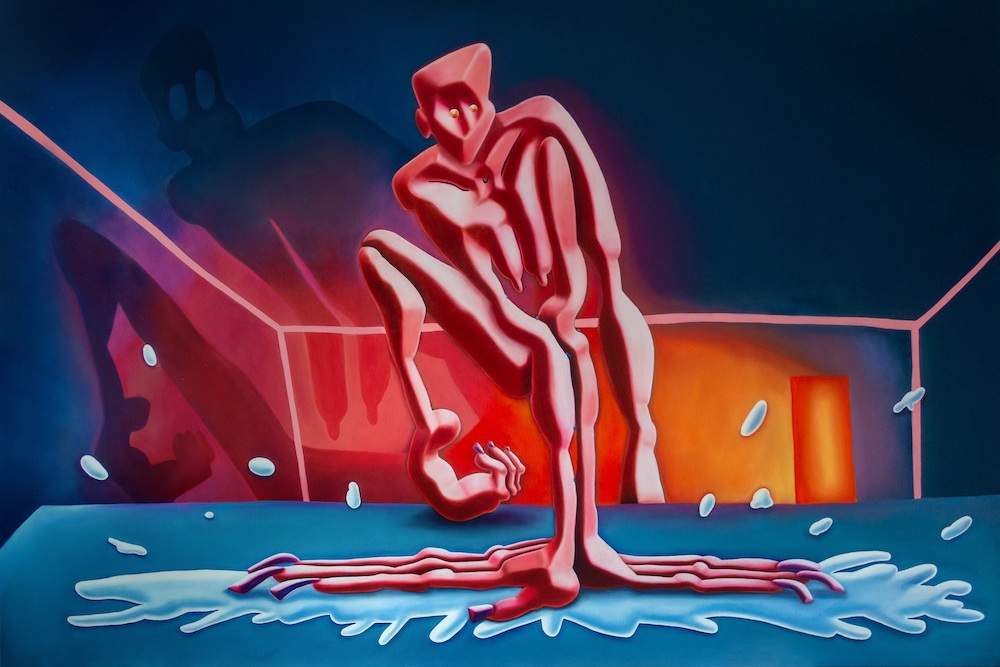 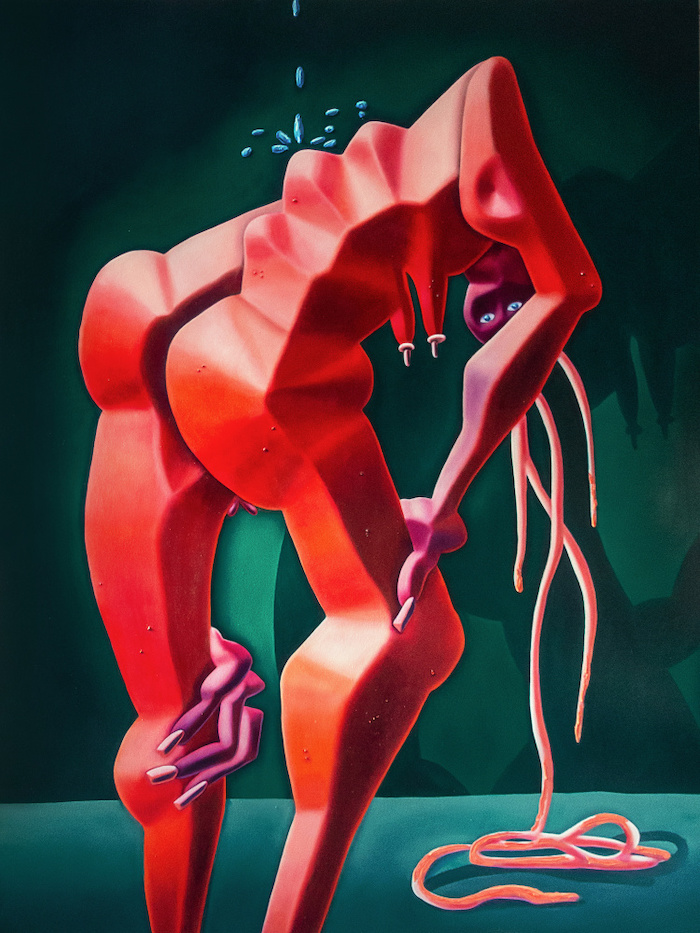 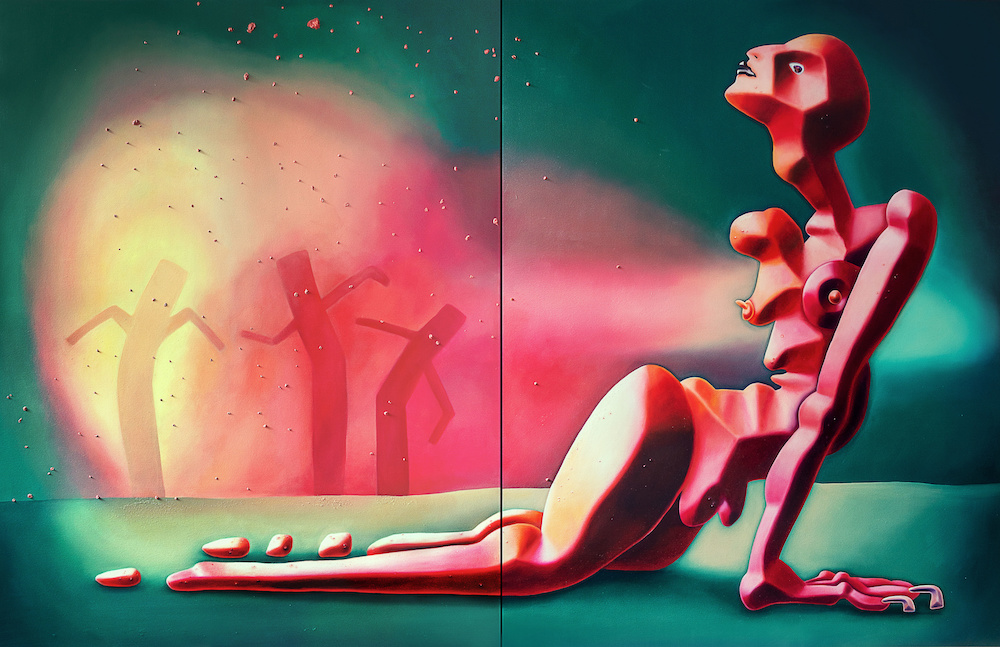 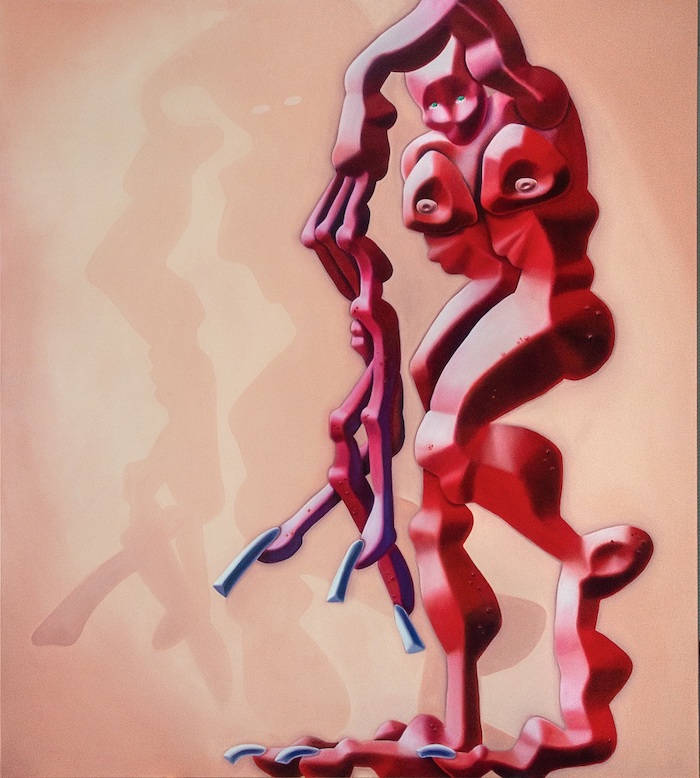 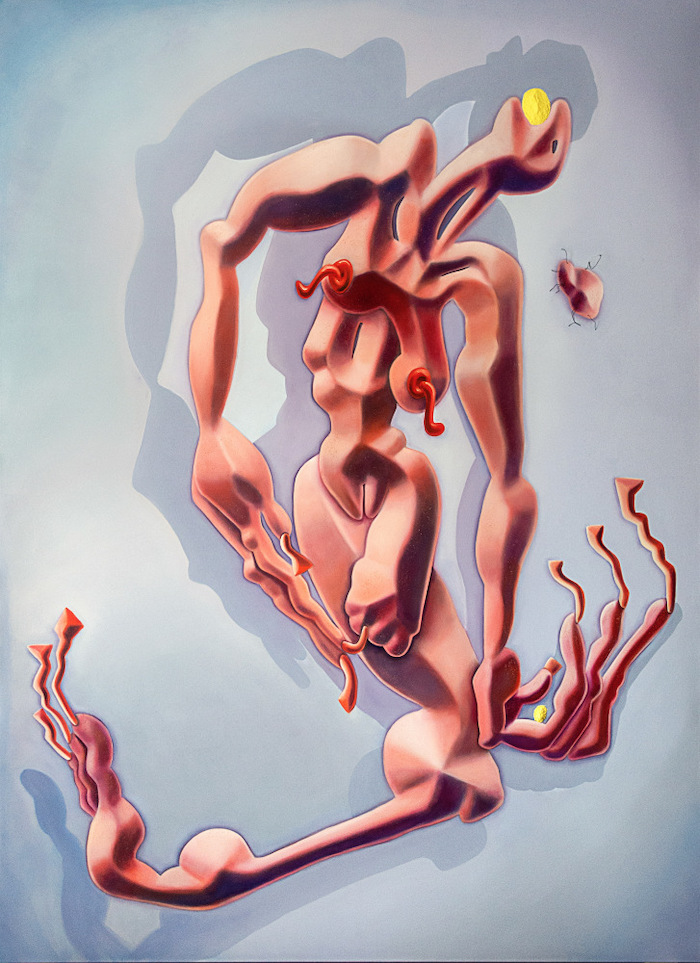 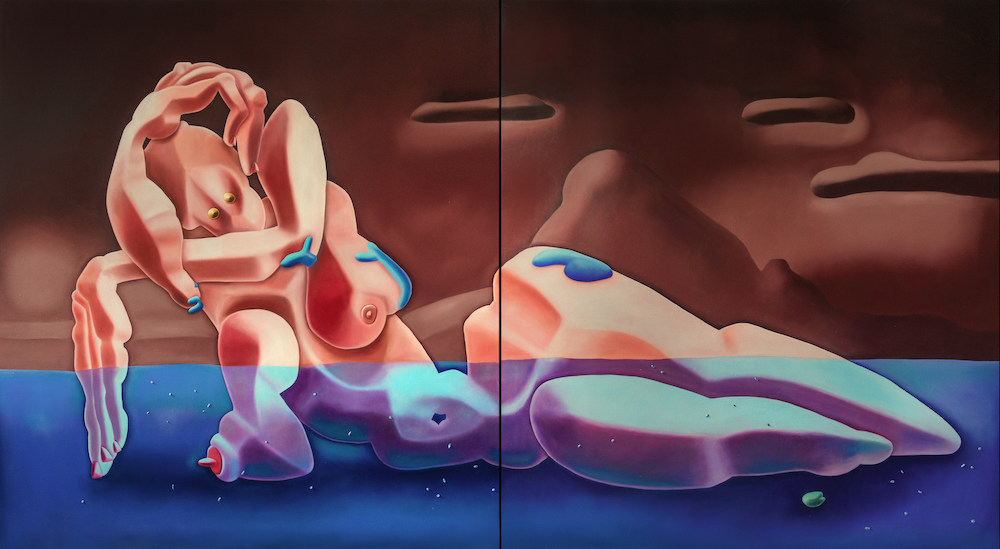 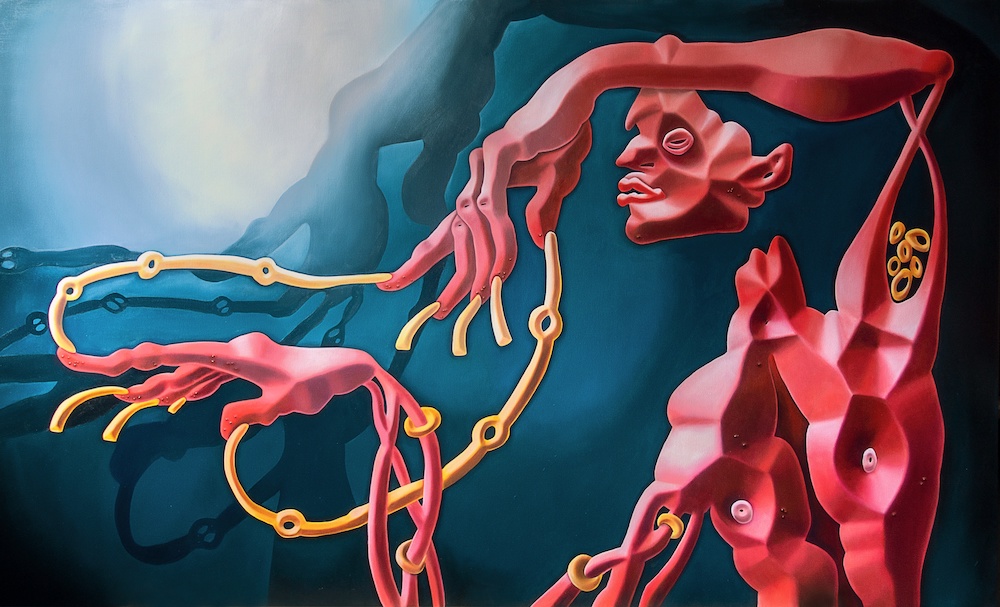 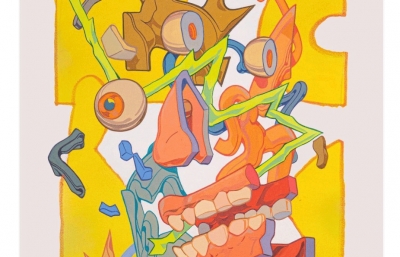 The end of the world is not the end of the world. Humans have existed on Earth for just a fraction of a fraction of a fraction of its existence; the planet will continue to rotate on its axis long after we Homo sapiens sapiens have incinerated ourselves through some horrific, yet statistically insignificant rapture of our own making. After the earth moves under our feet and the sky tumbles down, who or what will appreciate our songs, poems, and pictures about it? It is a fever dream, a fool’s fantasy, to latch onto any one earthling’s intrinsic value when they were nothing just a brief rewind or fast-forward into the past or future.

With Human Hand for Scale, Cathrin Hoffmann’s first solo exhibition with Nicodim, the artist casts herself in the role of future anthropologist, measuring the levity of our species on a timeline stretched to millenia and mega-annum. She approaches the human form from a significant distance in both time and space, the human hand is employed as a jerry-rigged scale for both. These works are approximations of human life as we know it, educated guesses, in the way of Dürer’s Rhinoceros or a digital 3-d rendering of a cro magnon skull. Don’t Know How to Change It Back (2022) plays with Bacon-ian notions of interiority and exteriority in an era somewhere between cave dwellings and the apocalypse. In More Like Animals Without Motion (2022), a gargantuan Christlike figure perches herself (or is crucified upon) a disembodied womb, bestowing equal gravity to science and spirituality. It’s Called Teratoma, Look It Up (2022) is another ode to possible human origins and those perverted along the evolutionary pathway. The central figure is Hoffmann’s take on Michelangelo’s David, the threaded and hairy globule to its side the biological anomaly Goliath’s slayer could have been had the wind been blowing a different direction over the course of his gestation. (Dear reader, *do not* look up “teratoma.”)

Hoffmann’s practice is not so nihilistic as it is a practical, good-humored assessment of how The Way Things Are Today will be understood when “Today” encompasses the entirety of our species’ existence. There is an inherent optimism here: long after the daily drama of human biology and spirituality are extinguished, the sun will still rise and set. The end of the world is not the end of the world.