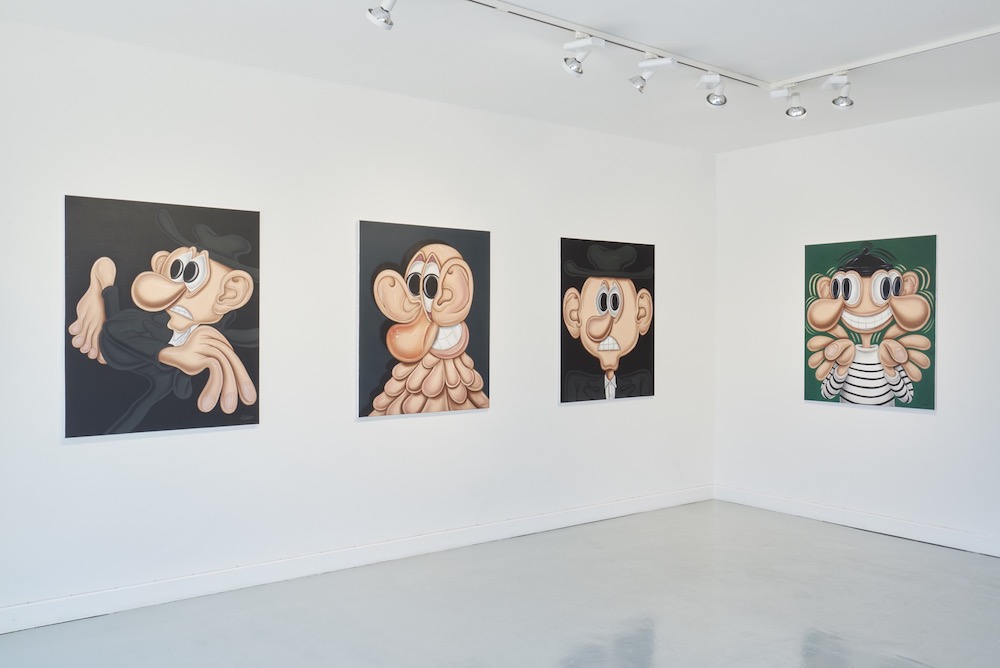 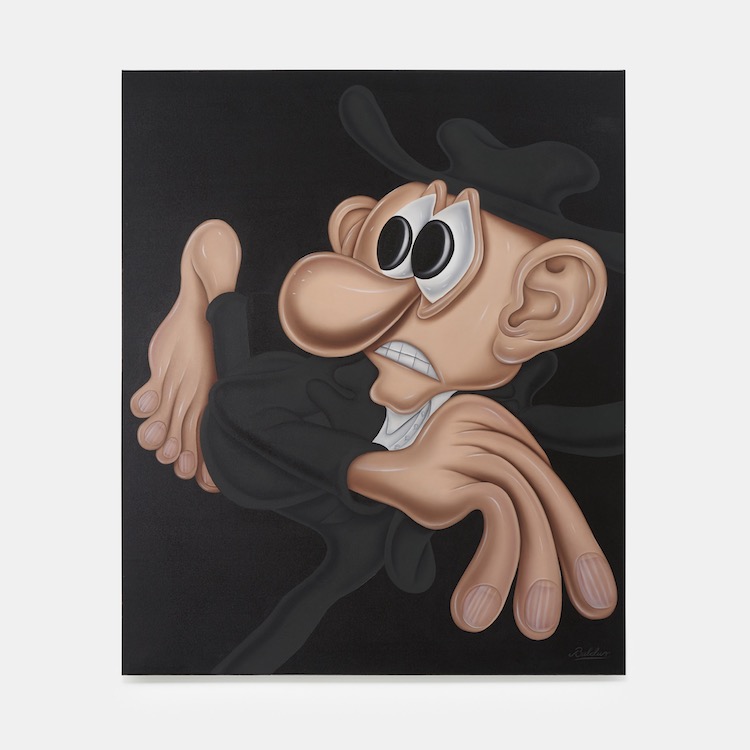 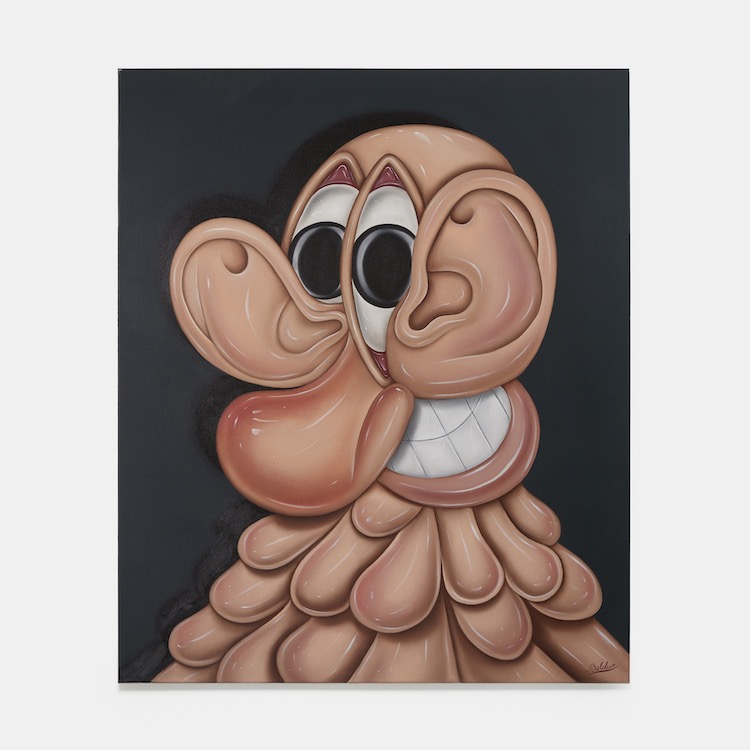 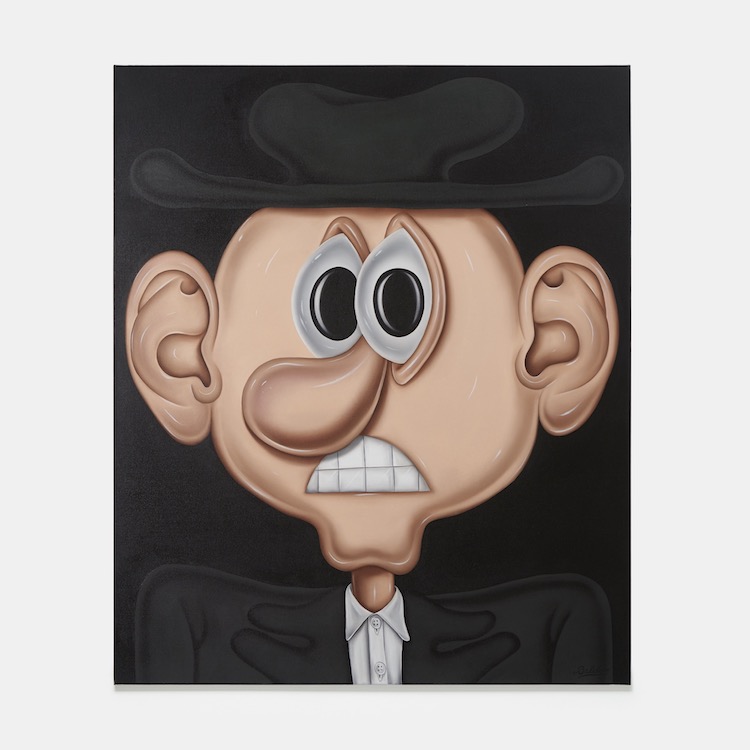 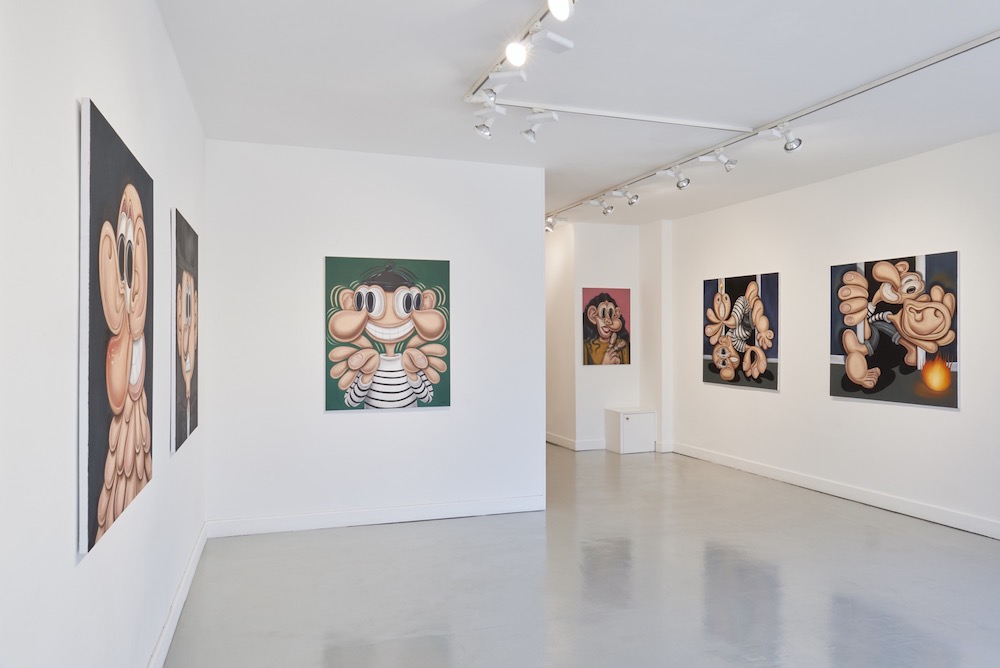 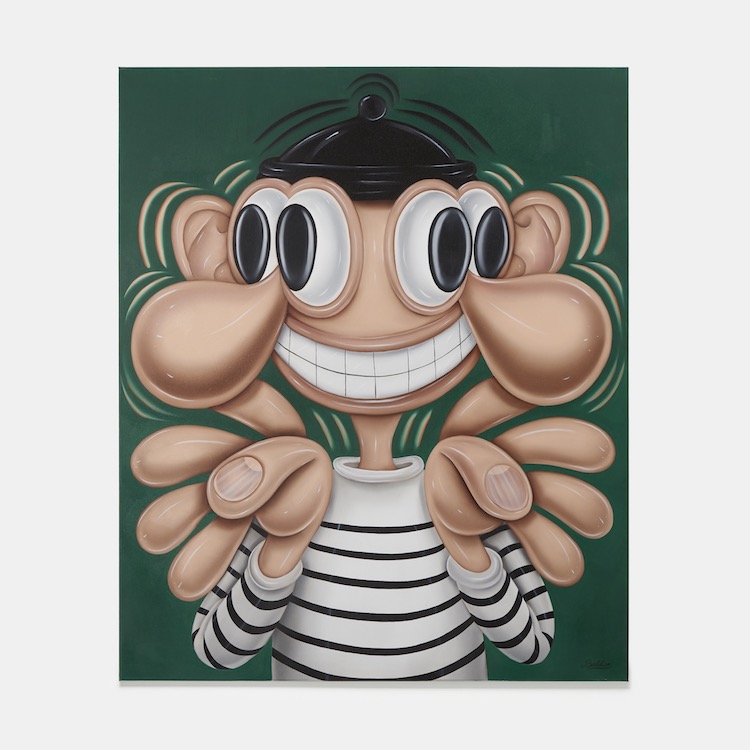 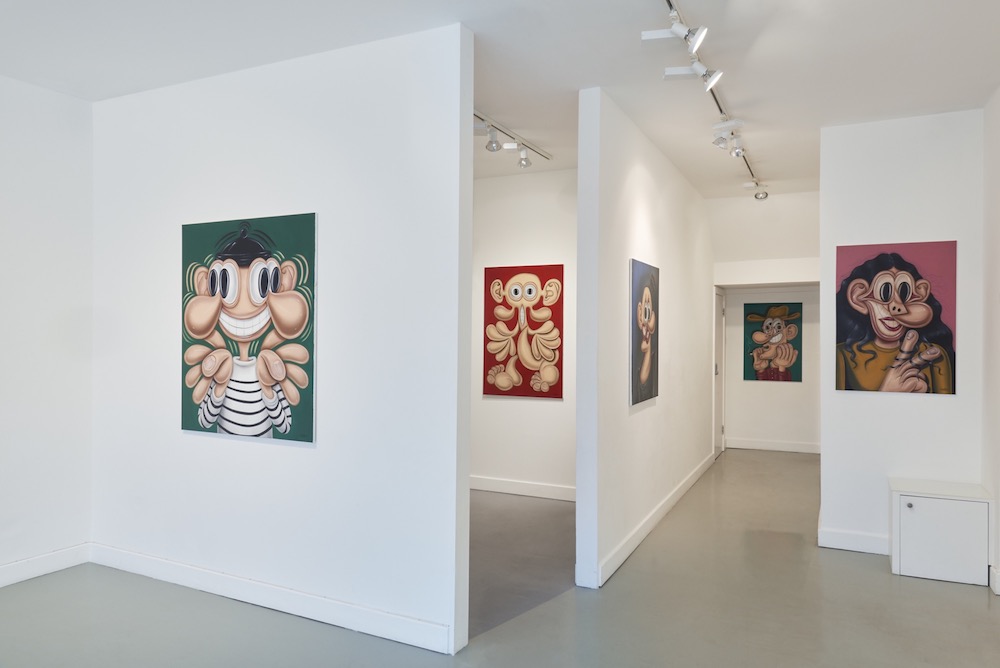 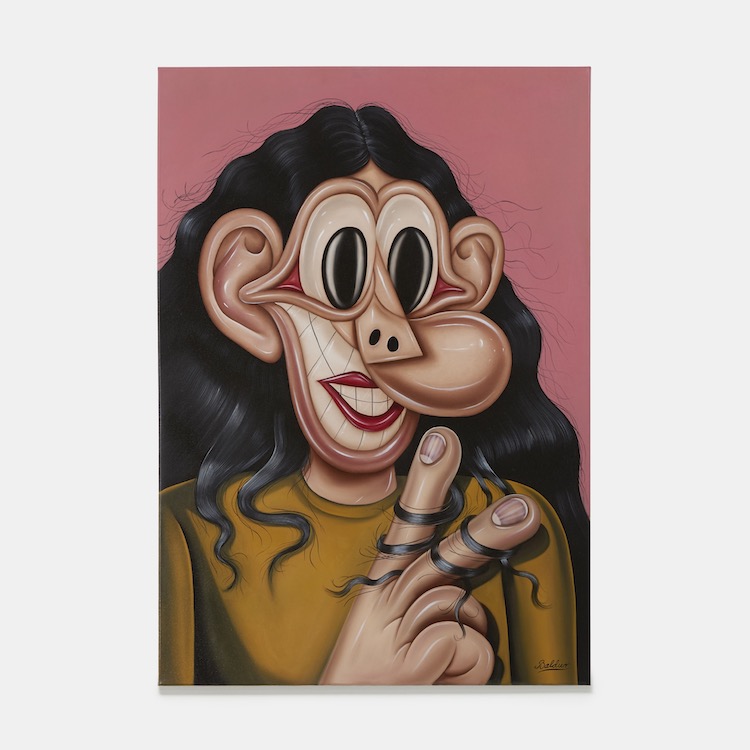 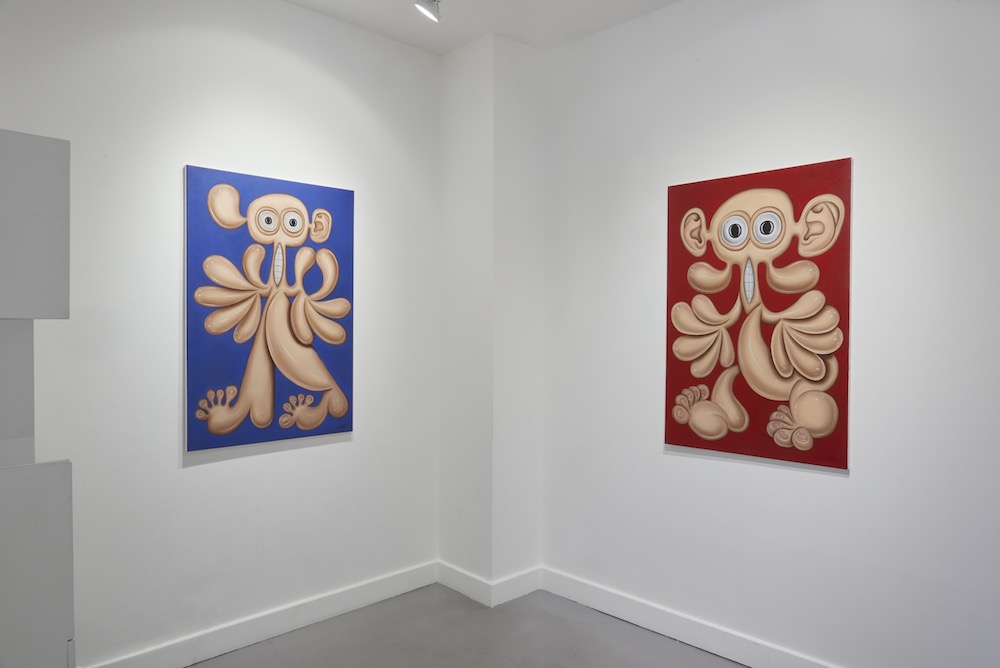 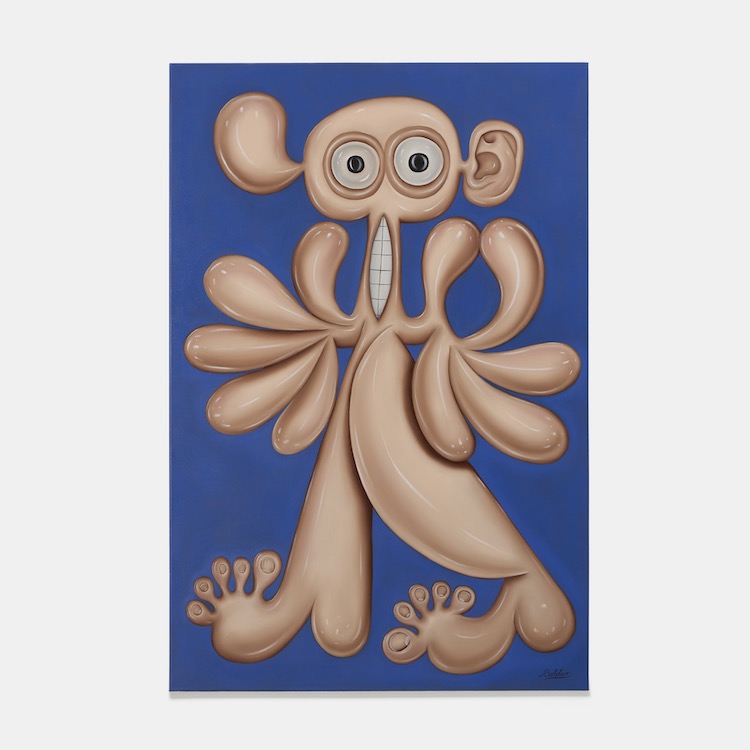 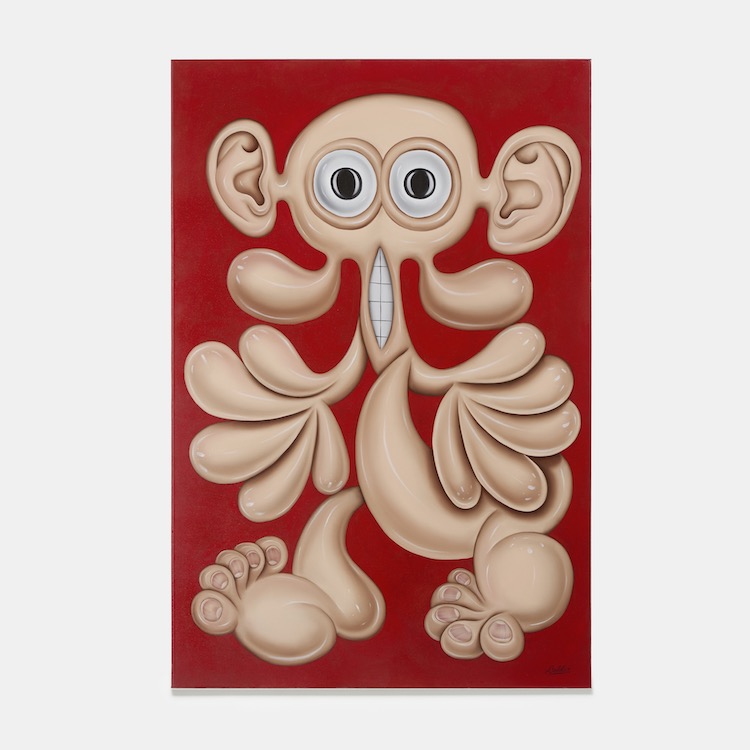 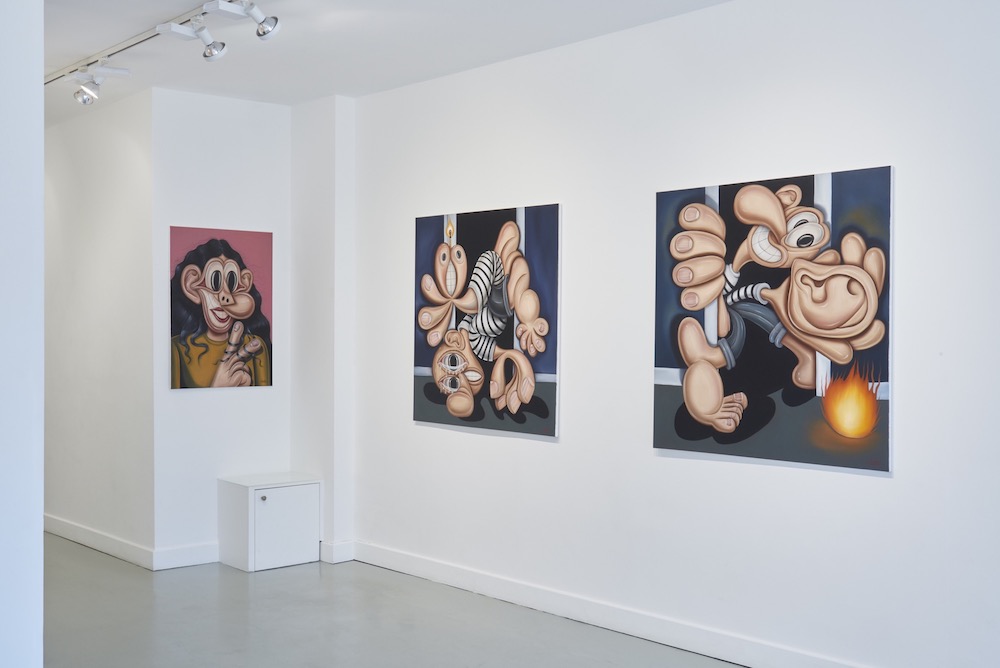 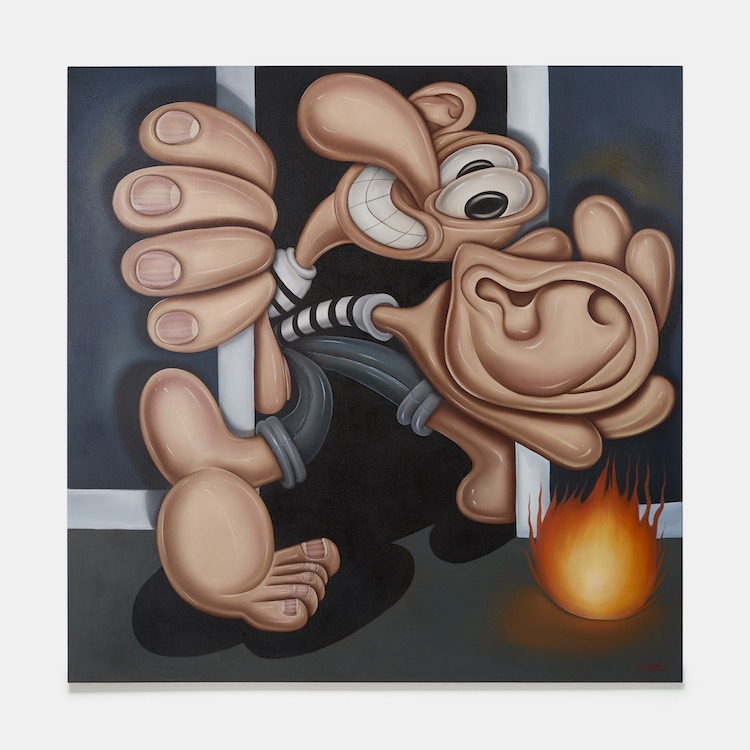 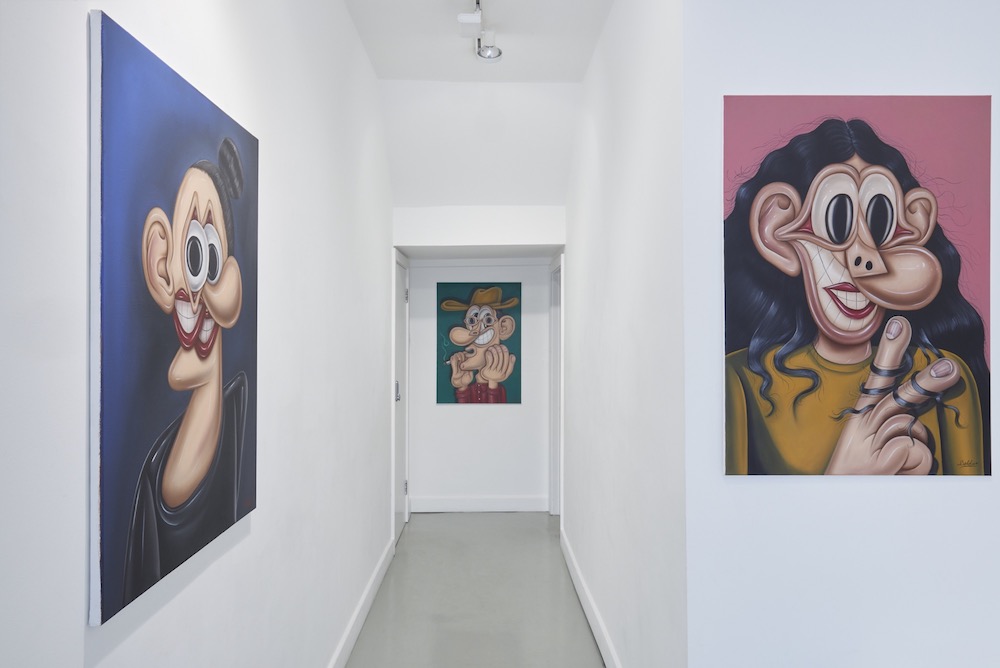 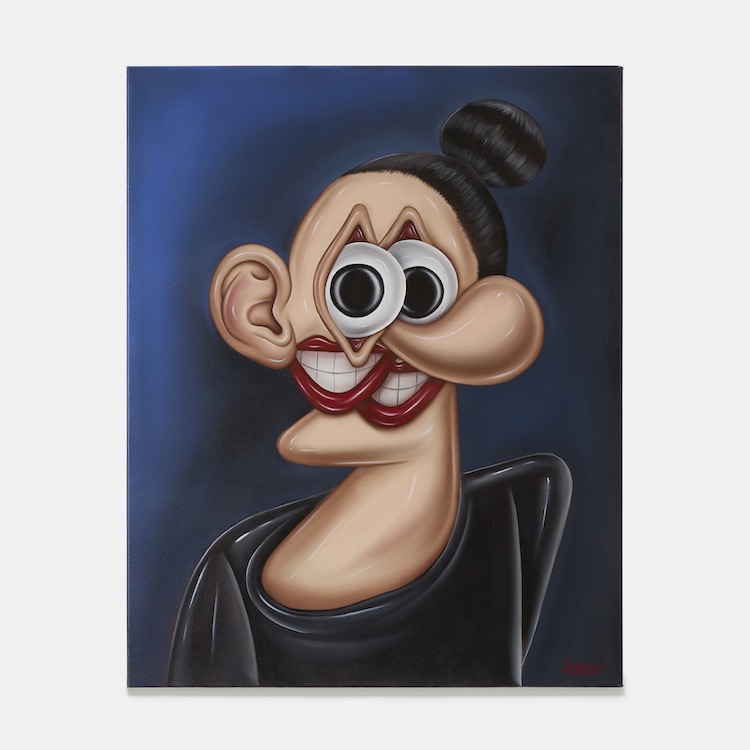 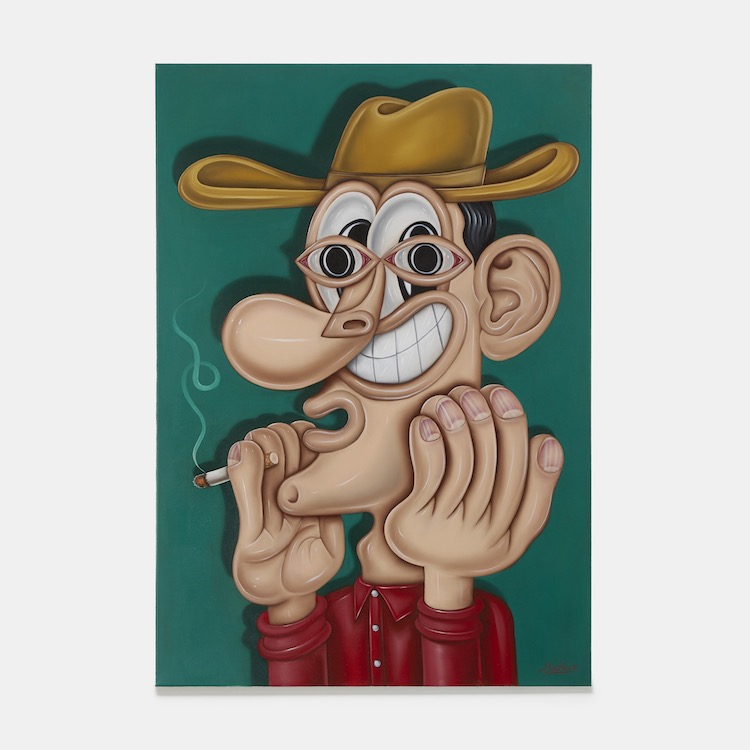 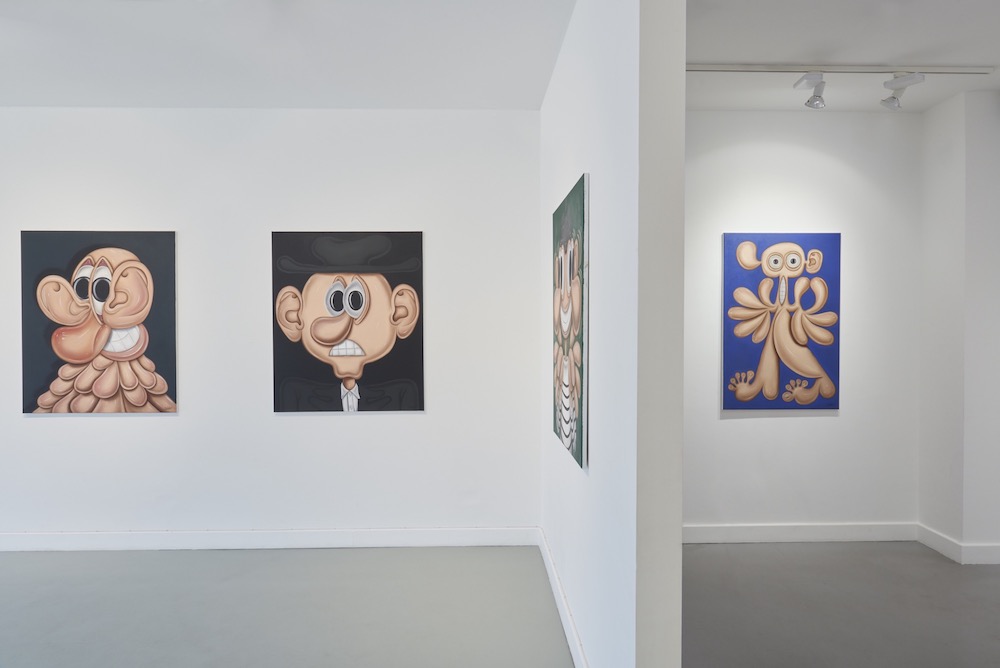 "I wanted to work with the idea of a self-portrait, to create autobiographical work," Baldur Helgason told us about the source of his signature character when we first introduced his work back in 2019. "And then, I started toying with the idea of a side personality, or an Avatar.” Two years, a couple of successful solo presentations, and countless iterations of his avatar later, the Icelandic artist is having a solo exhibition at Ramp Gallery in London, which will close this coming weekend.

The body of work comprising Bad Timing was painted after Helgason relocated to his native Iceland with the family. Knowing that his oeuvre presents a sort of pictorial diary, as he documents his emotional states and experiences through his daily painting practice, could explain a sense of vague relief around the otherwise manic character. Yet, the anxiety of the past year and life on an island literally shaking with daily earthquakes and an active volcano likely informed the unrelenting presence of the big gritted teeth in these feverish visuals (Shakin’ All Over, 2021). Usually searching for inspiration by looking inwards towards his emotions, experiences, and observations, a fewer of the works are telling a personal story, while the majority are focused on the wider picture and bigger issues such as existential concerns or disorders (Existential Painting pt1 and pt2, Insomnia/Ear to the Fire (Diptych), 20219).

With this subtle shift of the concept, approaching his character as a painterly emoji of sorts, the presentation reveals Helgason's most rationalized and earnest body of work to date. With a full spotlight on protagonists regardless of their surroundings, the compositions and the general depictions of details are reduced to a bare minimum which allowed for putting more emphasis on polishing his visual language. As mentioned in Radio Juxtapoz podcast with the artist, the paintings developed from his drawing style that was driven to some extent by sagas, fantasy, Icelandic magical realism, in combination with influences by Gaston Lagaffe or Lucky Luke. Once these elements clashed with his fine art affinities and the abstracted figuration he was originally interested in, a blobby amalgamation of features finally evolved into the current, troll-like character (Huldufólk in Blue and Huldufólk in Red, 2021). Over time, the character got a feminine iteration which is regularly referencing artist's partner Patty Spyrakos (Twirling and Patty in Blue, 2021), as well as an archetypal figure through which he then portrays a variety of stereotypes (Hey Cowboy, 2021).

By acutely refining his technique in the new/old environment, Helgason is now rendering these bulging characters in hyper shiny porcelain quality, to some extent highlighting their inner fragility. And just as his images continuously balance between humor and sadness, caricature and self-revelation, the title of the show signifies the moment of probable, yet failed success. Yup, kind of like us introducing a show that is about to close. — Sasha Bogojev