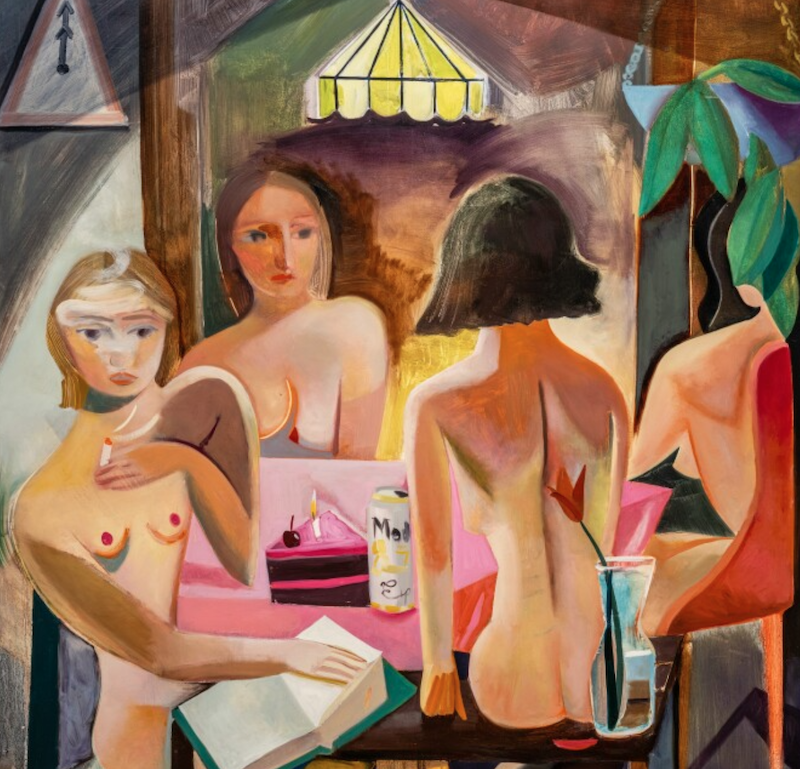 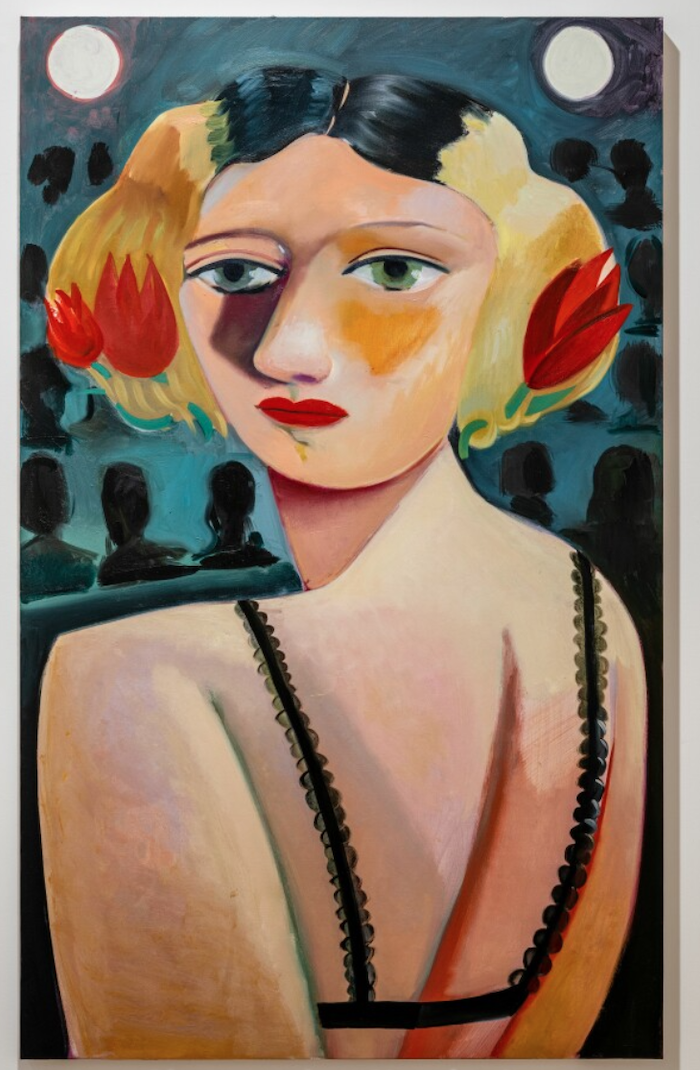 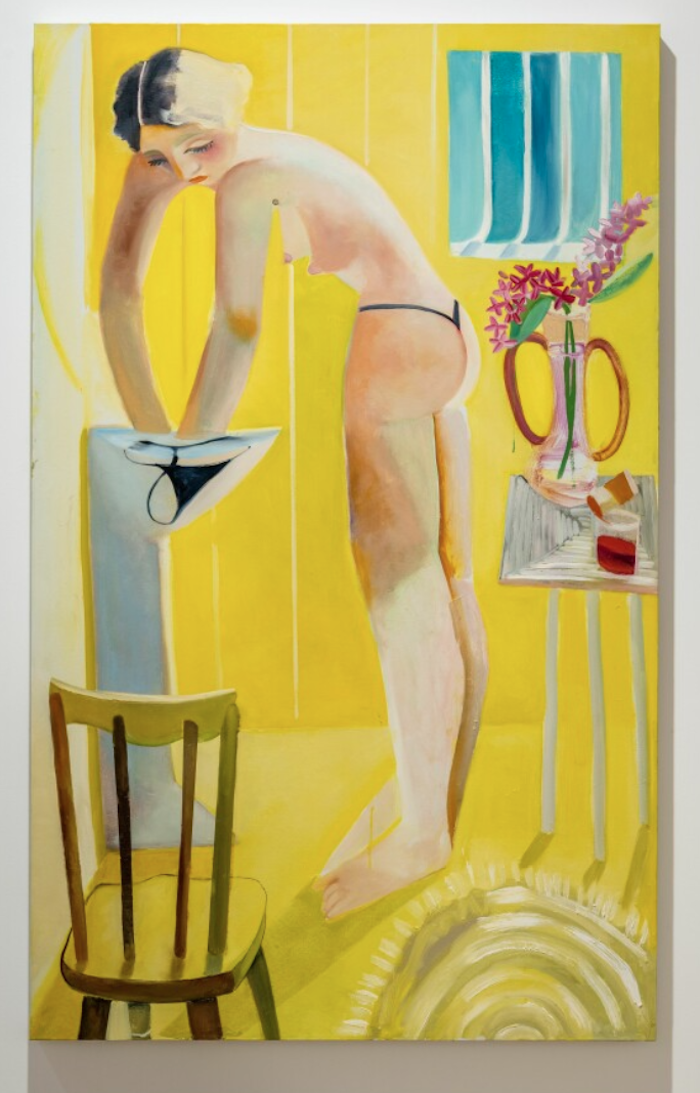 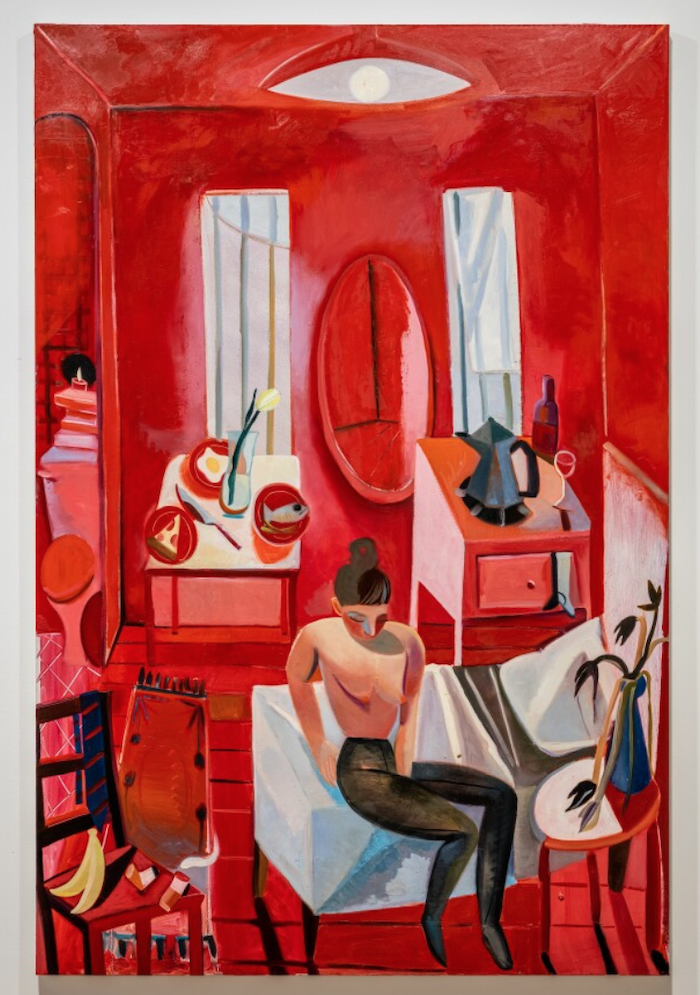 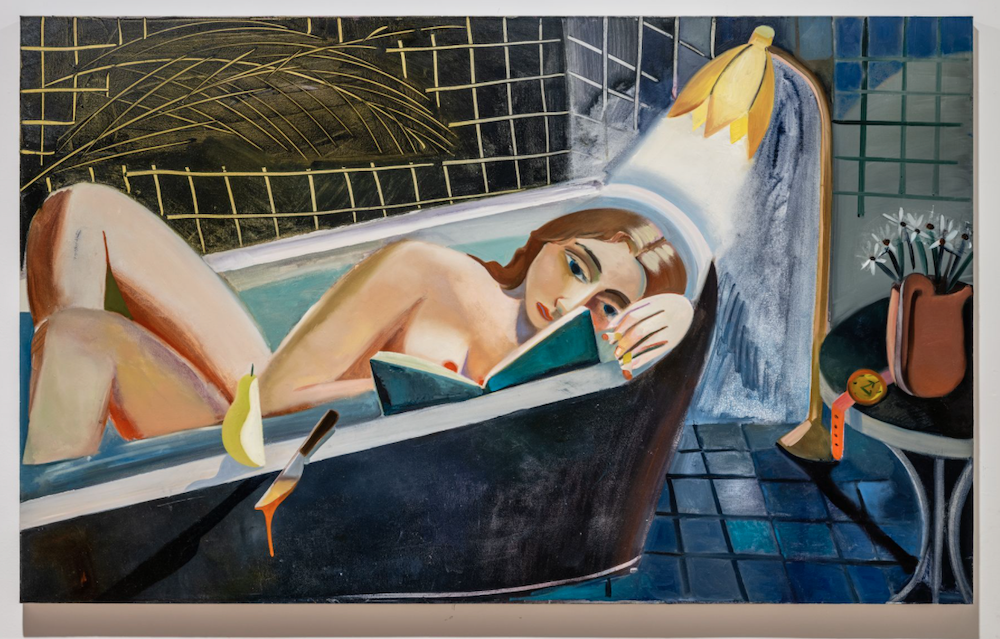 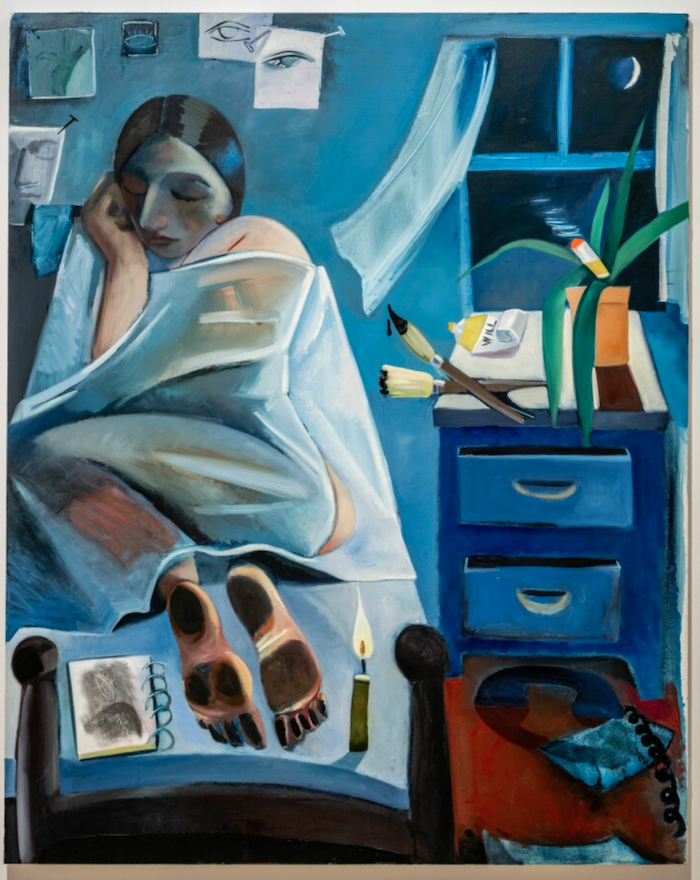 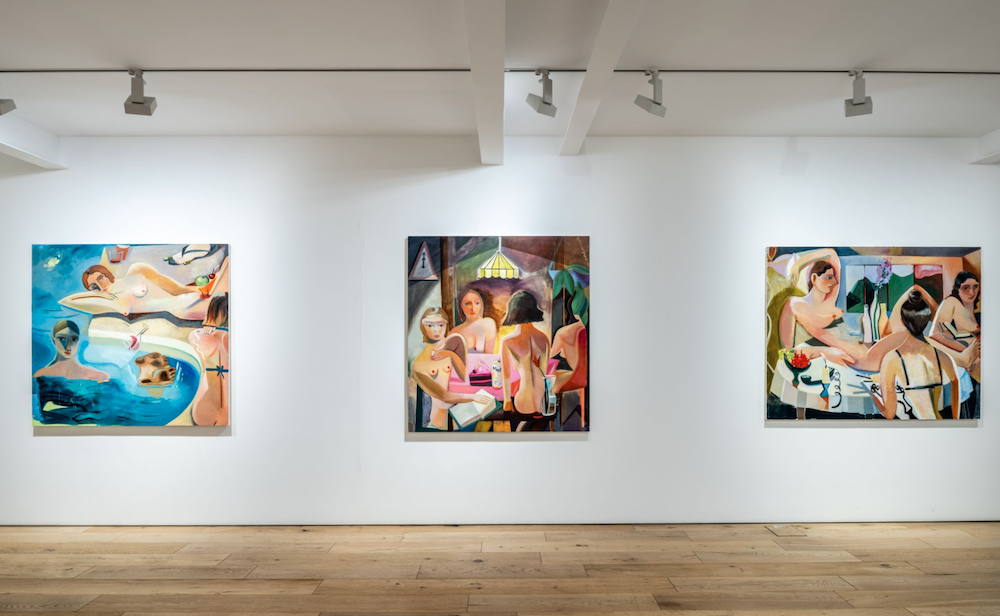 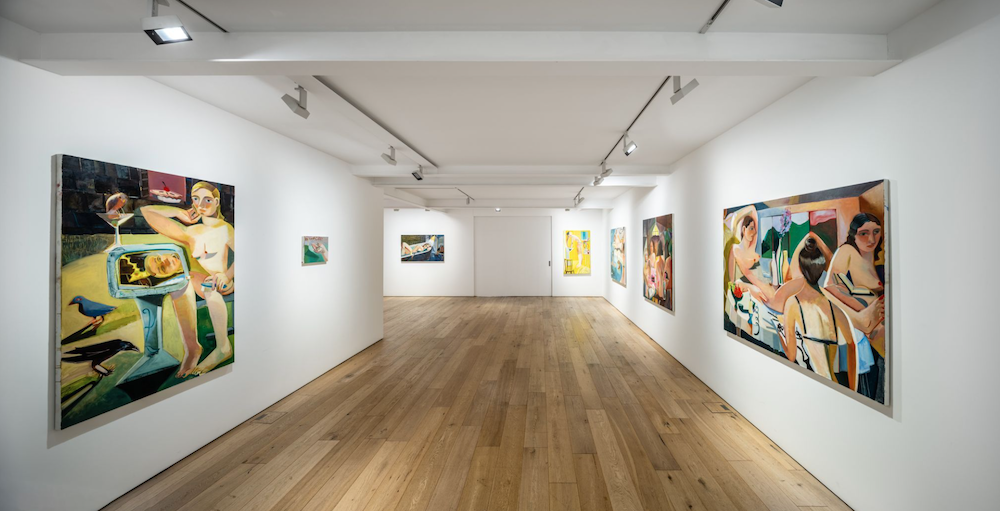 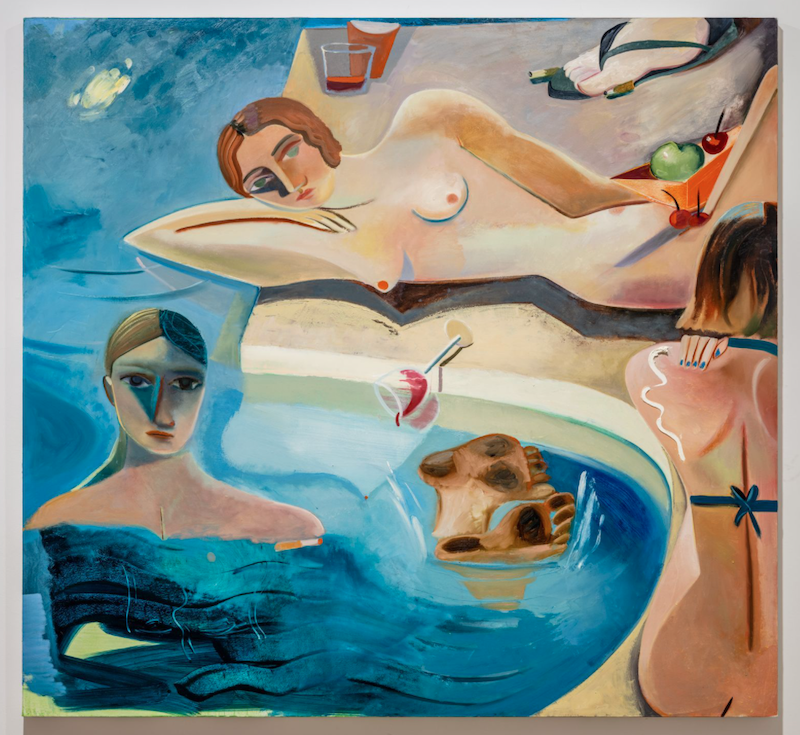 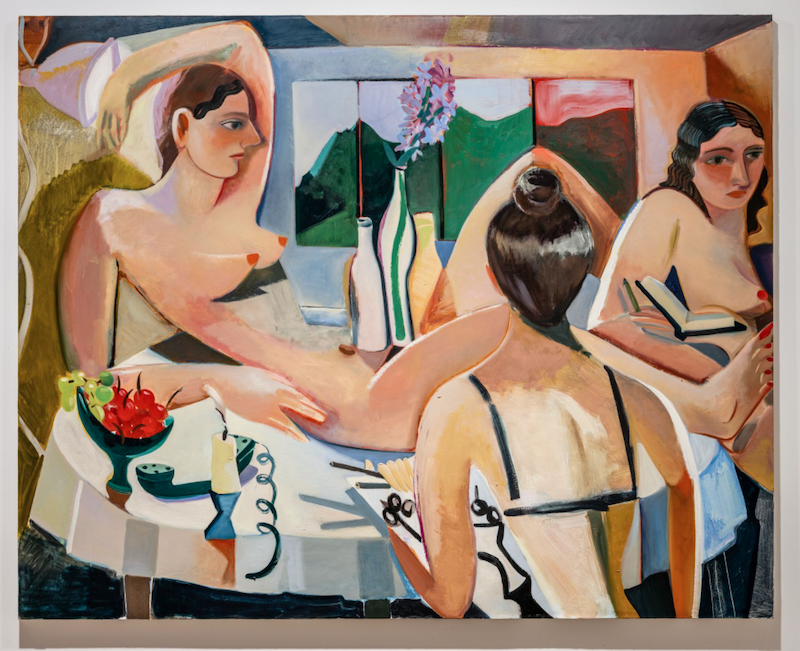 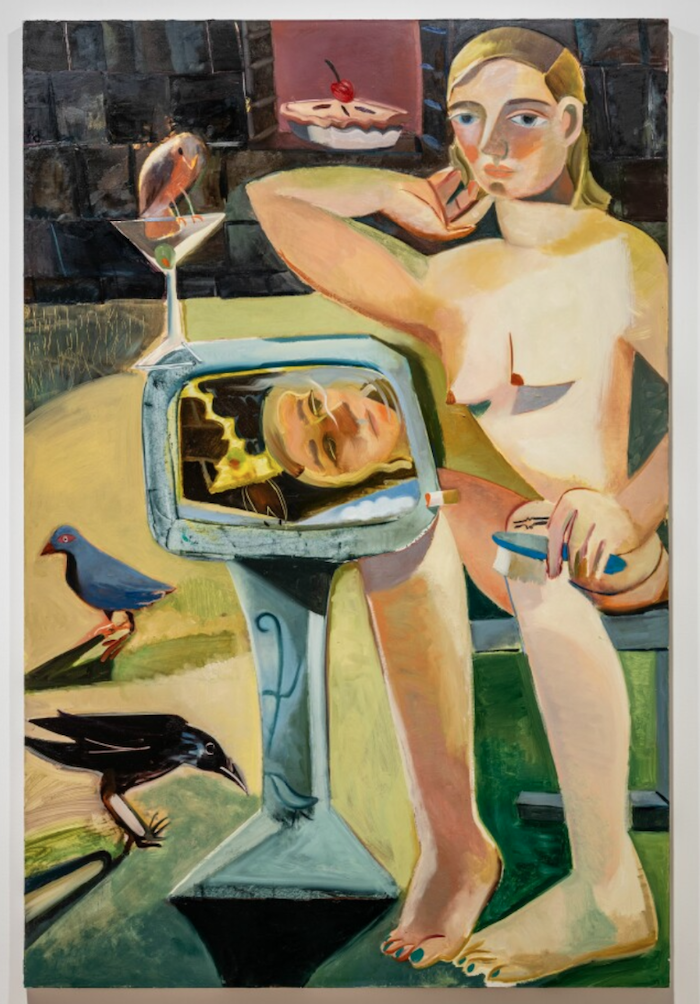 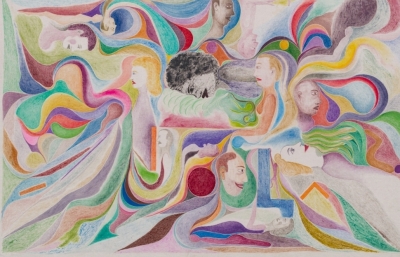 Perhaps we use the phrase "timeless" too often, and when we do, we tend to think of an already established "time" that isn't so much less but what we perceive as ideal. In a way, when I think of Danielle Orchard's work, I think of a world of expatriates and a sense of the outpouring of debauchery and almost relaxed mania of the Roaring-20's. An era where we began to think of life outside of war and labor, how we came out of the shadows of WW1 and a Spanish flu with an uncontrolled desire to experiment with reposed pleasure. In her new solo show, At the Seams, there is a sense that Orchard has created what will be a new era of relaxed unease, an elegant and almost mysterious world.

The gallerty notes, "The female characters within Orchard’s paintings are a combination of art historical reference, self-invention, and self-portraiture, or as the artist herself puts it, 'invented muses and self-proxies.' These figures quietly perform their roles as if snapped by some hidden camera, asking the viewer to consider their own role—and also the artists—in considering the intimate scene before them. Orchard’s own coveting of the complexities of the female form thus become our own metaphorical camera lens through which to view these tableaux."

Orchard's work makes me think about timelessness, what time I want it to be, how voyeuristic we become when we want to see into a universe that isn't our own and the power of a palette. Over the past half-decade, the NYC-based painter has become even more in tune with a sense of time and space, and wherever that timelessness may come from, Orchard is stylishly building a body of work outside of the realm of expectations. —Evan Pricco

At the Seams is on view at Perrotin in Seoul through November 26, 2021.