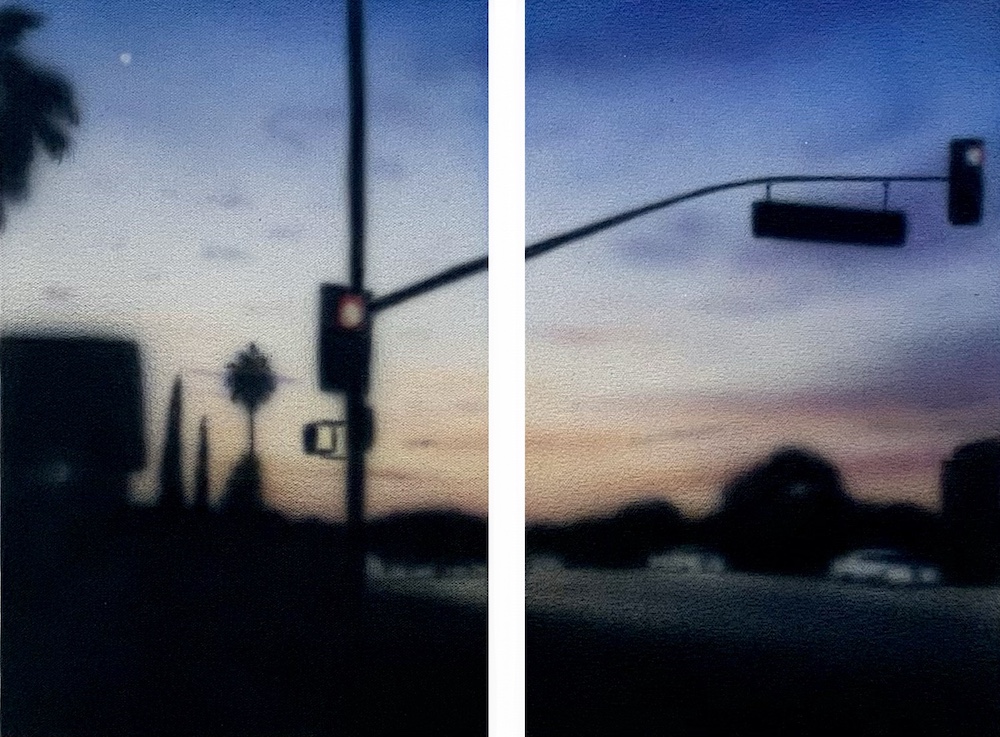 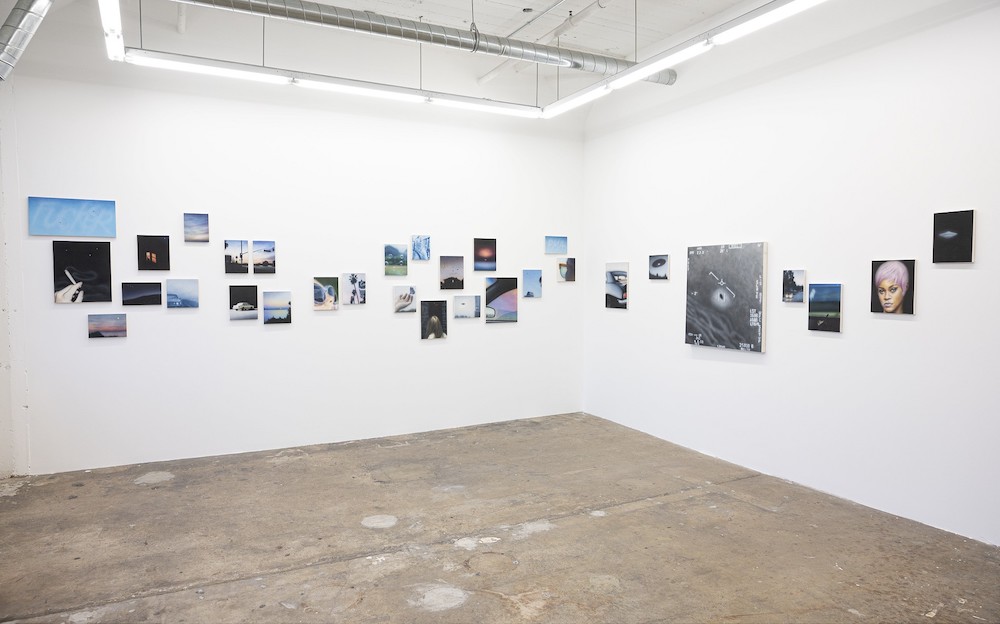 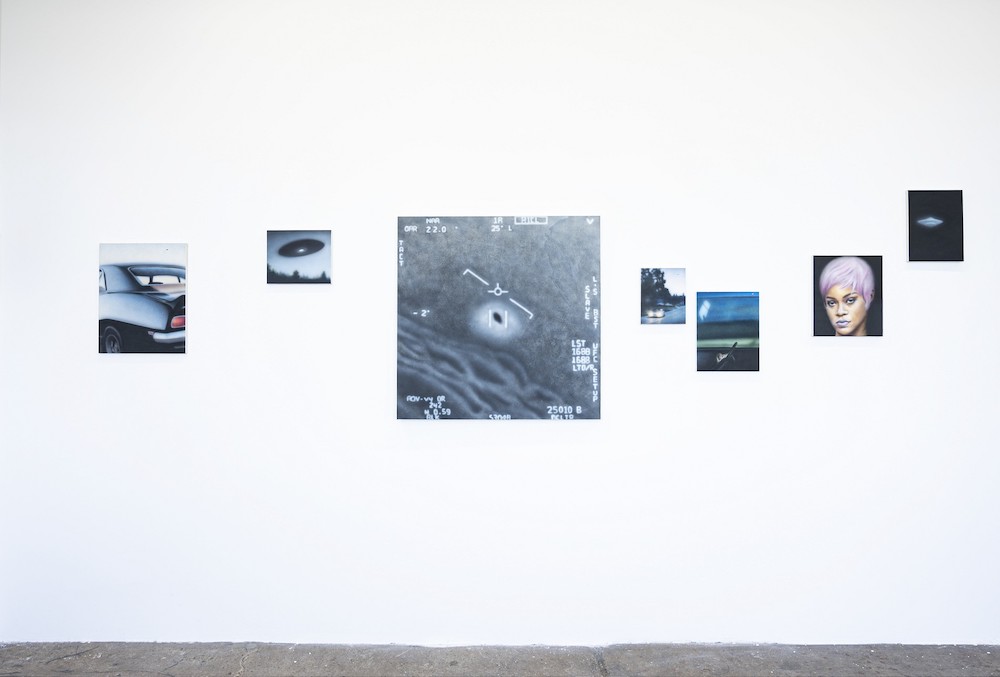 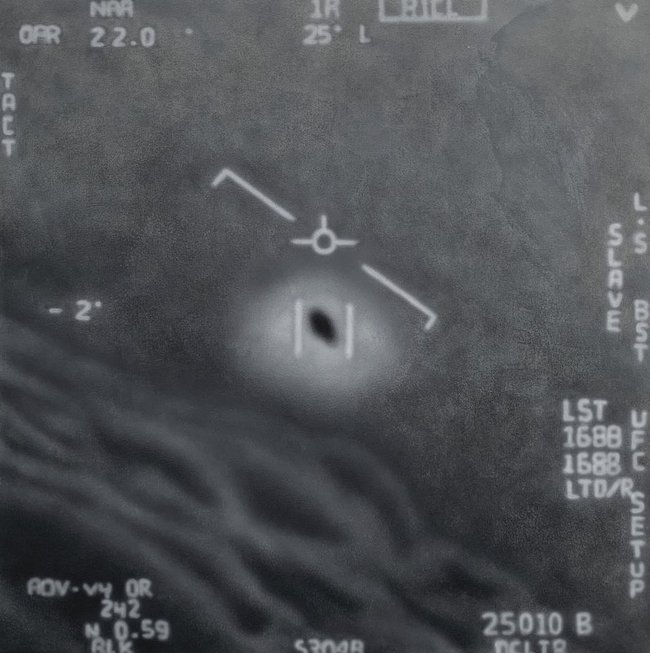 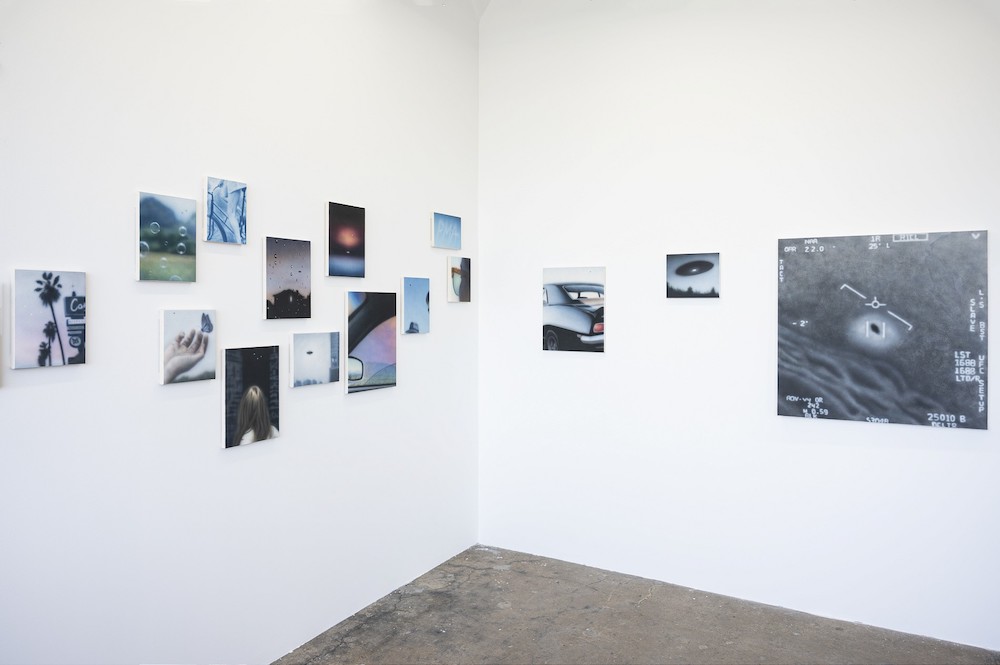 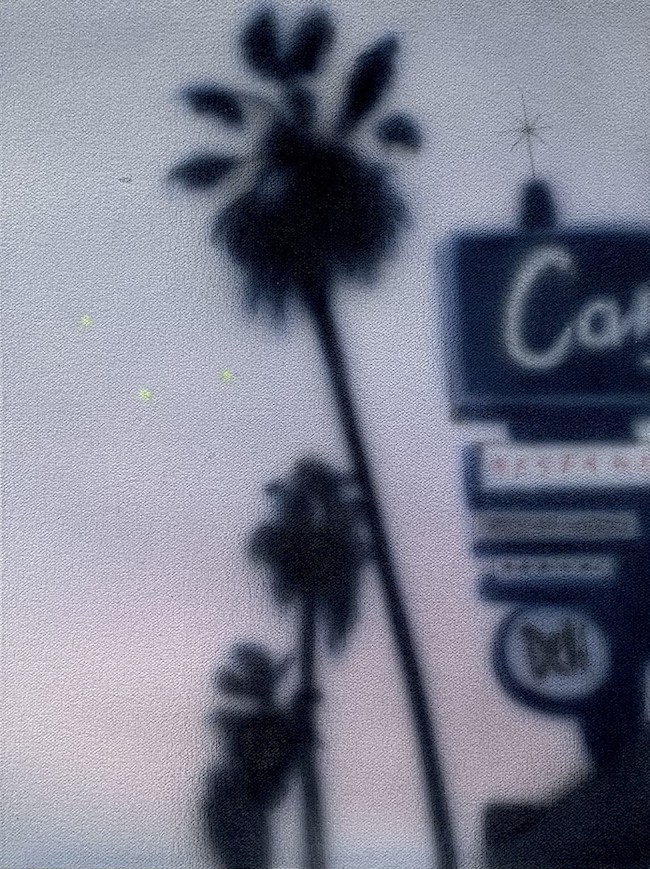 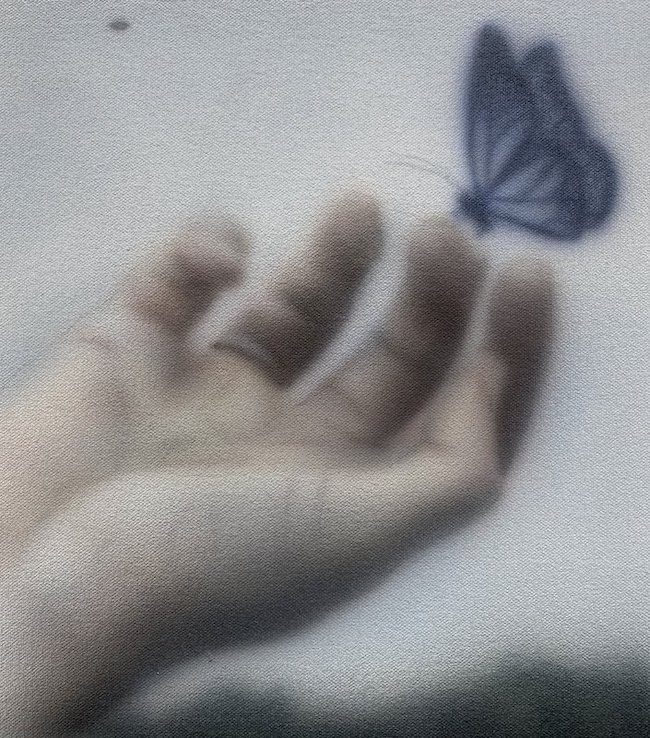 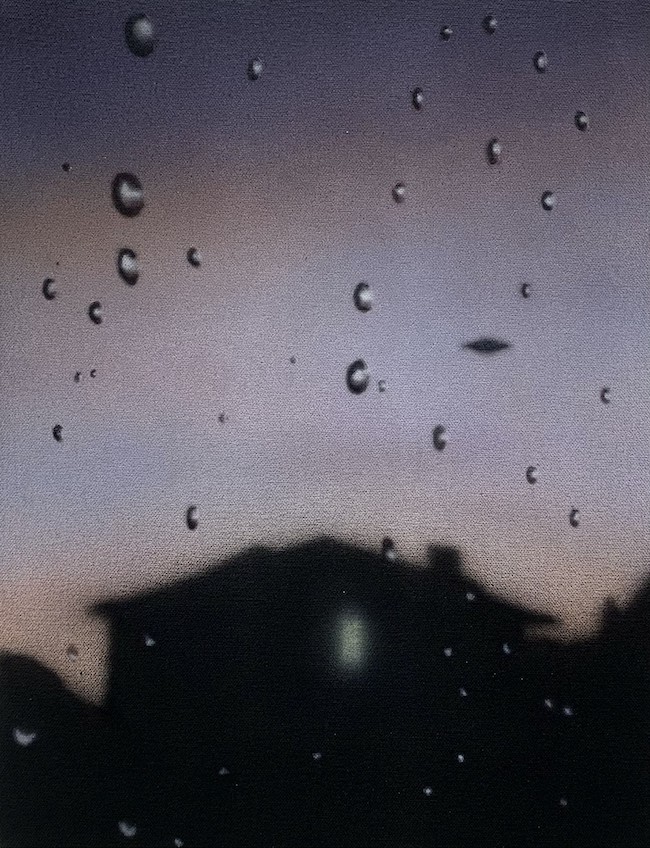 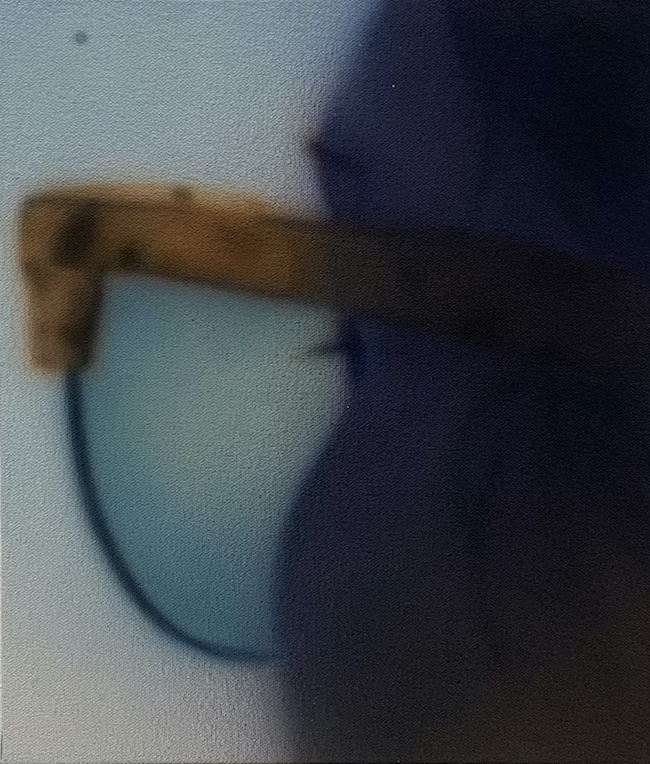 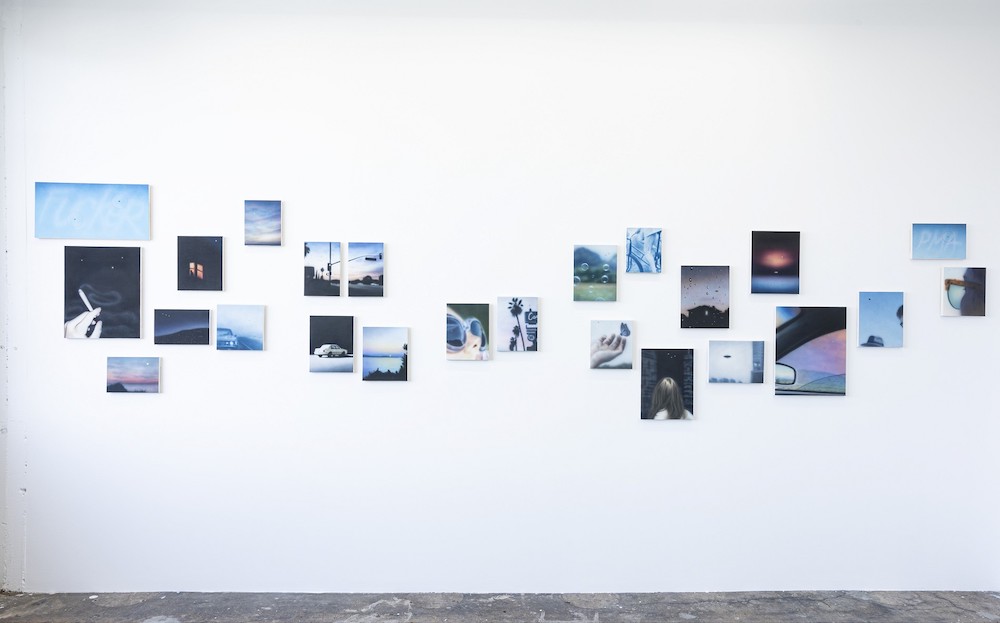 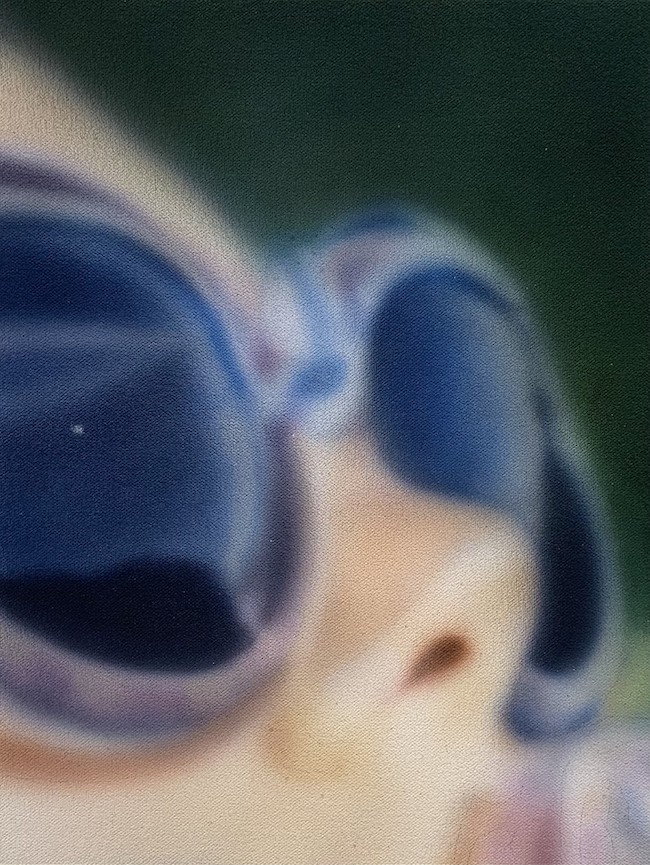 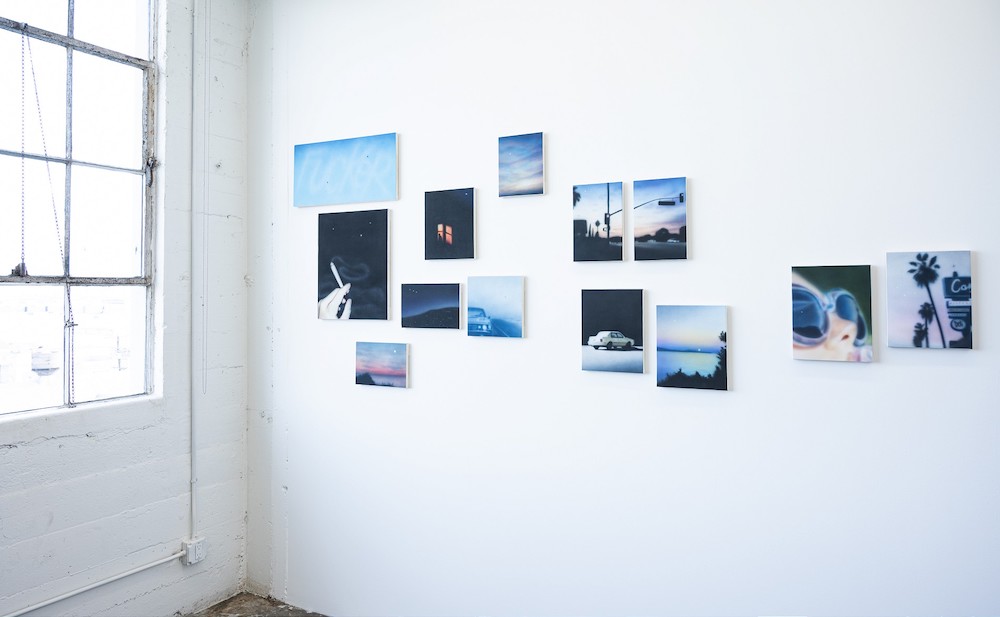 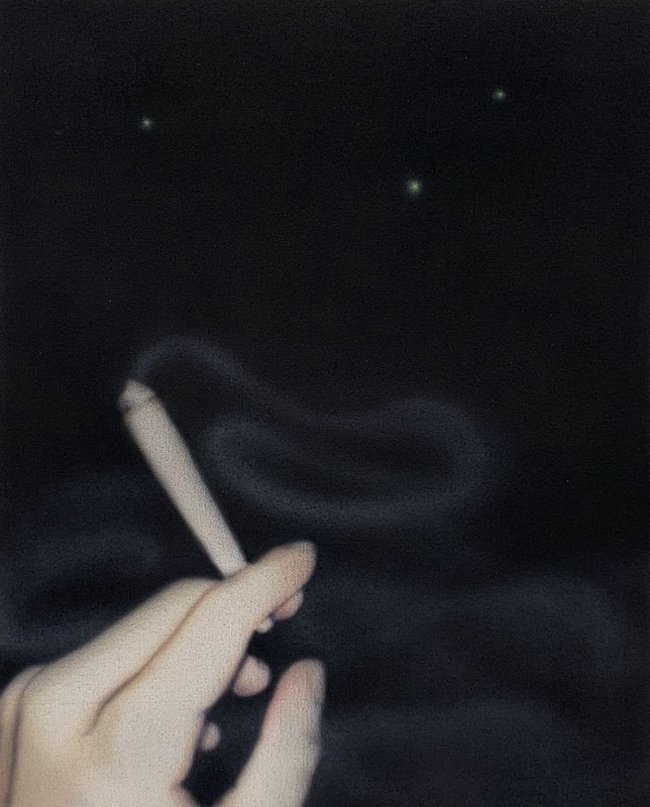 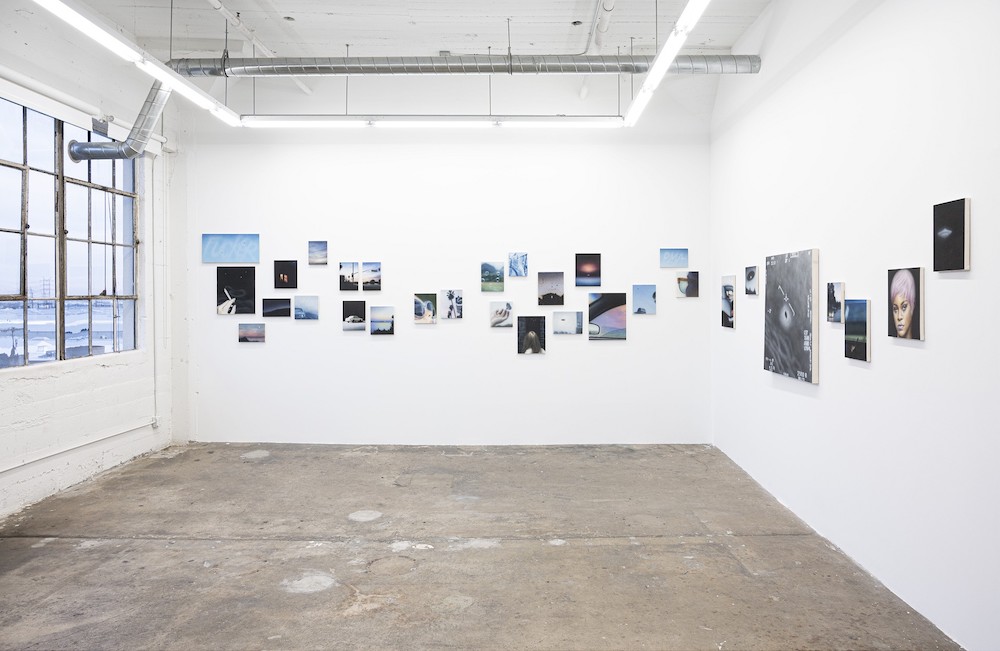 A few artists managed to convey the general weirdness of current times as well as Los Angeles-born artist Aryo Toh Djojo whose solo show Transmission is currently on view at Wilding Cran Gallery in Los Angeles. And here we're not talking about the year of a pandemic or the political climate in the U.S. but the age of social and mass media-influenced understanding of reality.

Curated by Michael Slenske, the presentation comprises mostly small-size pieces celebrating archetypal LA/California imagery, yet alternated with the, in most cases, subtle presence of UFO objects. Displayed within a scattered cluster that occupies two adjacent gallery walls, the installation feels like a scene from a CSI type of show in which experts are resolving a mysterious case. And in this particular instance, the case is the UFOs captured on a variety of photographs depicting diverse subjects such as LA’s car culture, commercial strips, celebrity or glamour life, intimate moments, or the mountain and coastal vistas. Whether pictured as a focused portrayal of a flying saucer, a night-time radar scan capturing an extraterrestrial spacecraft, or as mere flashes of extra-sensory lights, these visuals are challenging the notion of reality using familiar mainstream culture imagery. "The paintings are more or less about the in-between moments in our mundane lives when something sparks or syncs between the conscious and unconscious mind," Toh Djojo told Juxtapoz about what these works represent to him personally. "It’s that moment when the blur of a certain reality starts to become more clear to another one. Similar to the effects when taking psilocybin, DMT, or in meditation."

Purposely using the alluring borderline kitsch aesthetics of movie stills, advertising posters, and other seductive ways of depicting real-life, Toh Djojo's work can be seen as a metaphor for taking a different way of handling the unknown, which we've experienced an abundance of in recent months. "To most people UFOs are exactly what you see in the media: malevolent, mind-controlling invaders who are trying to take over the planet," the artist noted in the artist's statement for the exhibition. "However, I’d like to believe they are benevolent vehicles to help us transcend to a higher state of consciousness. Hopefully, my handling of the paint adds to that experience.”

And indeed, the use of exceptionally soft, stencils or tape-free airbrush acrylic technique, adds to the dreamy veneer of Toh Djojo's apparition-like snapshots. Even the technical way of its application onto the canvas surface goes in hand with the disconnection and distance present in each of the works. Feeling both authentic or documentary while having the artificial atmosphere of the movie/commercial set the whole body of work is existing on the thin line between lived and perceived experience. "I never really used the airbrush after art school until the end of 2019 right before COVID hit," he told us about the technique of choice for this body of work. "The first few paintings I tried to make were text-based paintings with words in the sky made out of clouds or airplane fumes and landscape paintings. I was looking at Ed Rusha’s paintings around that time and decided to try to make paintings similar to his just for fun. When I finished the paintings, I felt something was missing in it to really make it mine." By placing these stereotypically menacing objects within such exemplary imagery and creating an artificial, yet open and friendly environment, the highly appealing visuals can be seen as an invitation to transmit the same sentiment to the uncertainty that imbues our everyday reality. "Maybe there’s an alternative way to save ourselves from our own self-destruction from war and hate and try to sync ourselves with the collective unconscious within the universe for a more united and peaceful world," he proposes. At the same time, inspired by the works of Richard Prince and John Baldessari, these appropriated and recycled images are challenging the difference between the actual reality and the one that's been produced and widely accepted as one. —Sasha Bogojev