A Place For Dreams and the Crow Flies: New Works by Austin Eddy 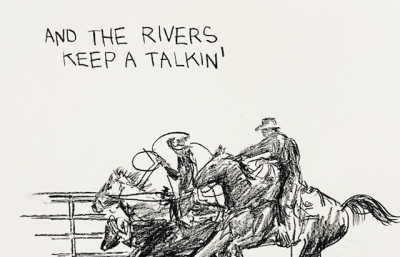 Beyond the Streets on Paper: A Conversation with Matt McCormick 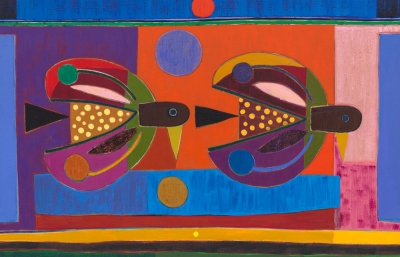 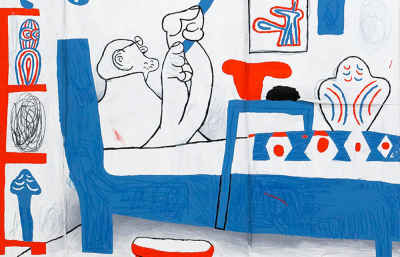 After featuring his LA solo show earlier this year, we're happy to see Austin Eddy continuing this successful year with not one, but another two solo shows. Berggruen Gallery in SF just closed A Place For Dreams, presenting a suite of new, bigger scale paintings, and Baldwin Gallery in Aspen is currently showing As The Crow Flies, showcasing a new body of bronze sculptures and black and white drawings.

As a culmination of a longstanding conversation between the gallery and the artist, the show in Colorado introduces an extension of the language that he has been developing. "The bronze works were a happy accident, really," Eddy told Juxtapoz recently. "A few years ago I was asked to be in a group show at Andrew Edlin gallery called Big Ringer, which was a show all about wearable objects, in particular rings, and I really loved the challenge of making something tangible." The "awkward and clumsy" piece which featured a small bird perched on a ring triggered the interest to continue working on sculptural works, particularly driven by his passion for Alexander Calder, Brancusi, Barbra Hepworth, Henry Moore, and Hans Arp. "I enjoy the way they simplify form and abstract nature and the figure," Brooklyn-based artist told us, making a clear connection between his highly recognizable visuals and this new body of work which captured the rough, handmade surfaces of his paintings. For this exhibition the artist scaled things up, changed the medium, and paired the pieces with less vibrant yet delicate drawings he's been making during his stay in Catskill, NY. "The quietness of the black and white works on paper I thought would allow the bronzes to be more playful in away. Neither would overshadow the other, and they could exist simultaneously in harmony," he explained, and we fully agree with the sentiment.

With both shows addressing an idea of stillness and expanse, Eddy's practice is still strongly relying on reinterpretation of nature and the fragility of time and life. "The paintings at Berggruen are, I think, really trying to capture an idea of light and a passage of time through the experience of a location," the artist told us about the idea behind the new, slightly larger scale paintings which were on view in SF until last week. "I think in nature there are so many instances of frantic stillness, which I find interesting and relatable to human existence." In some way speaking of death and how nature reclaims things that are lost, these paintings are metaphorical visual poems which make a connection between earth holding buried things and humans holding on to memories.

Such a weighty subject behind an otherwise playful and uplifting presentation was informed by the sadness of illness and the passing of Eddy's beloved dog not long ago. With the urge to capture the aforementioned stillness and relentless expanse of nature and life cycle, the artist moved onto more sombre drawings of his metaphorical muses and worked on a series of sculptures that served as monuments to moments past, a tangible form of memories. —Sasha Bogojev