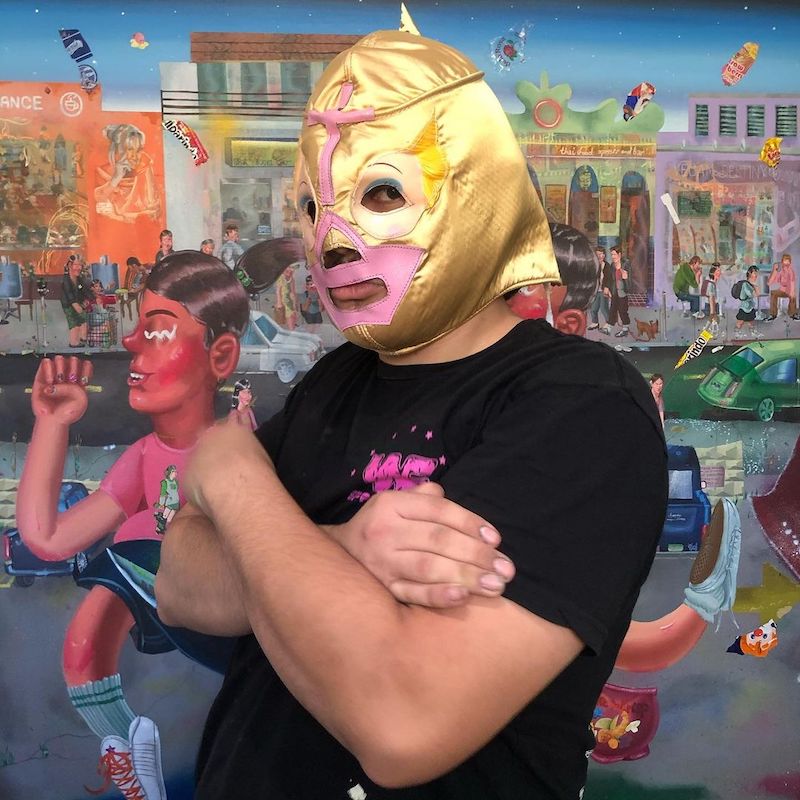 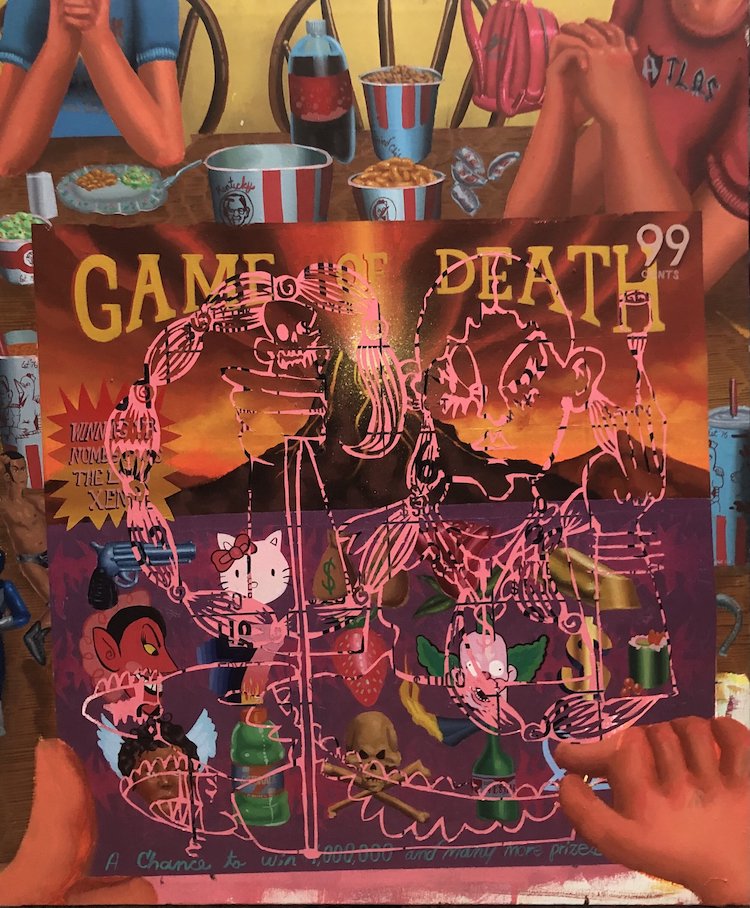 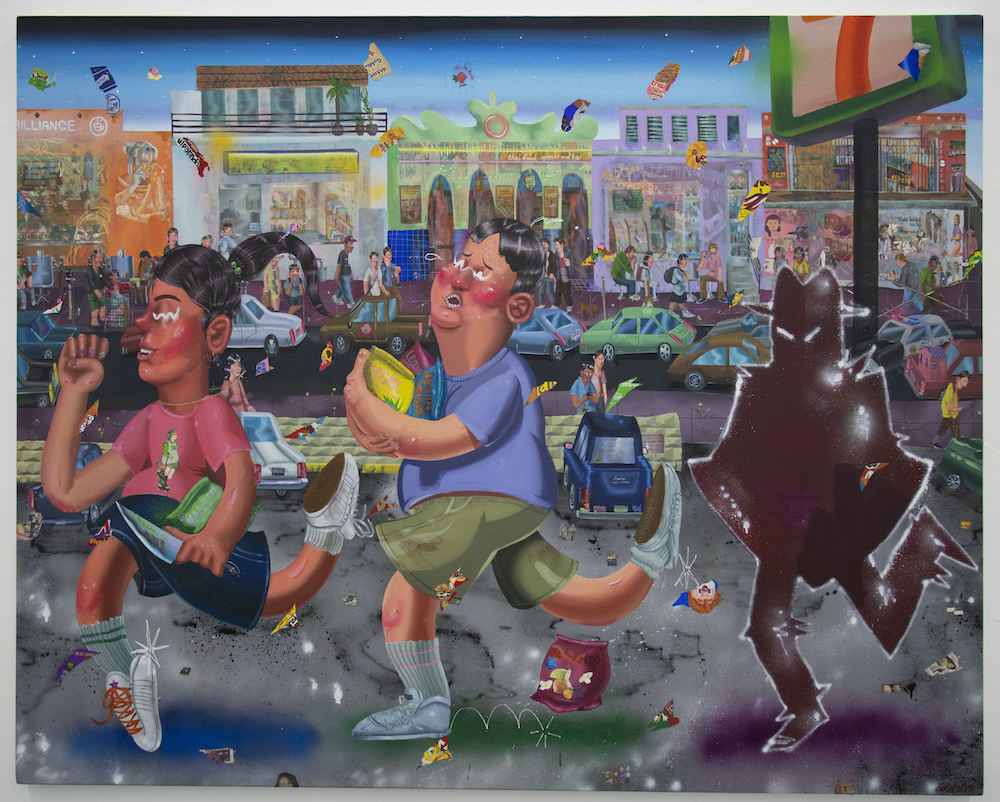 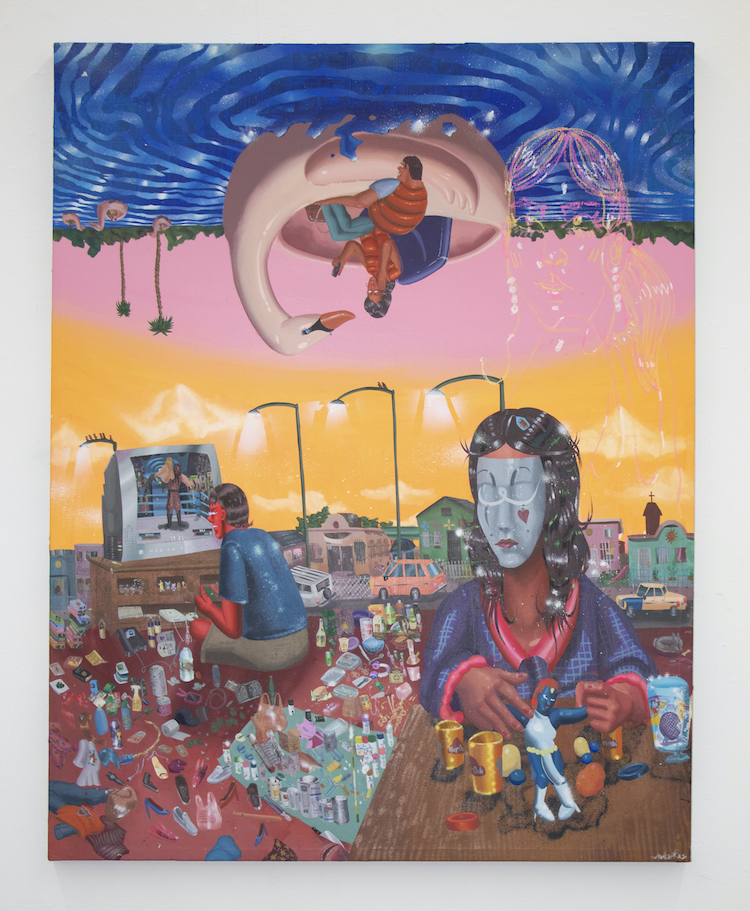 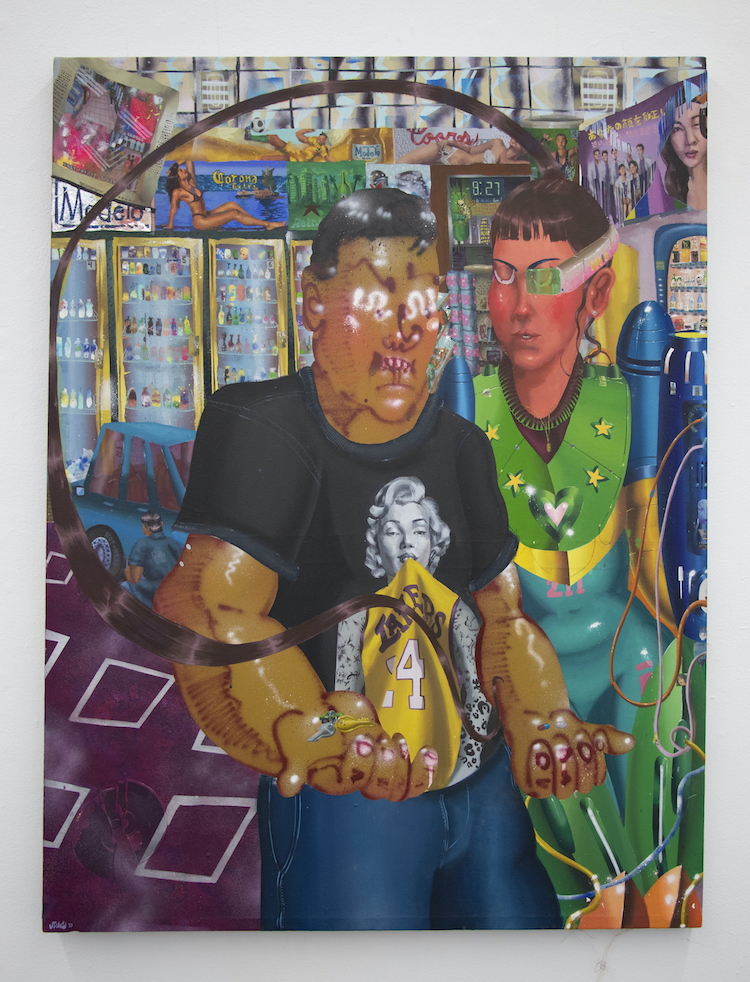 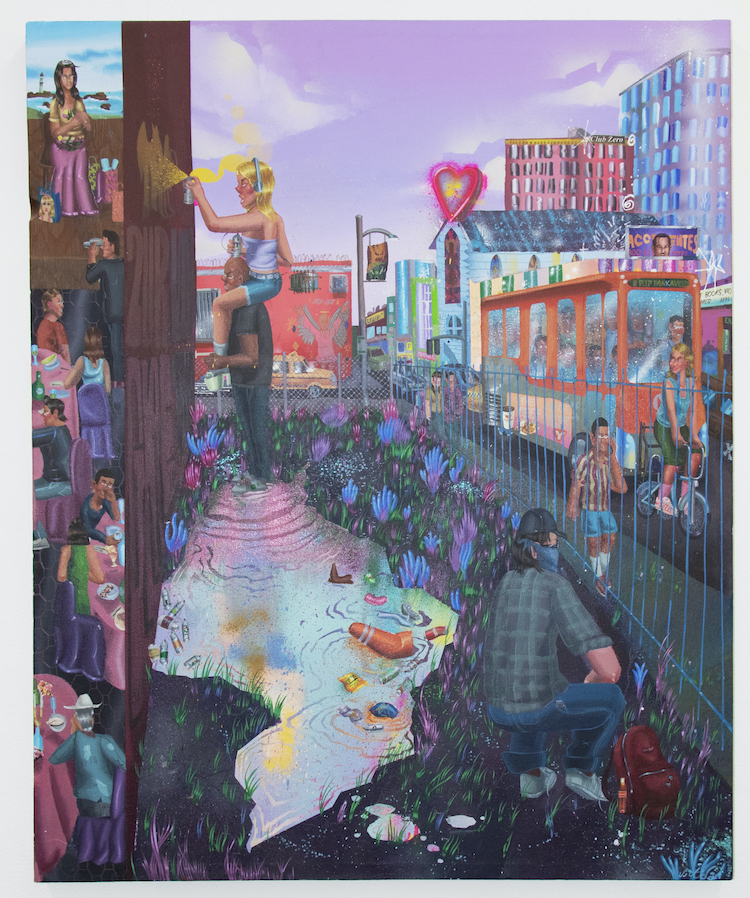 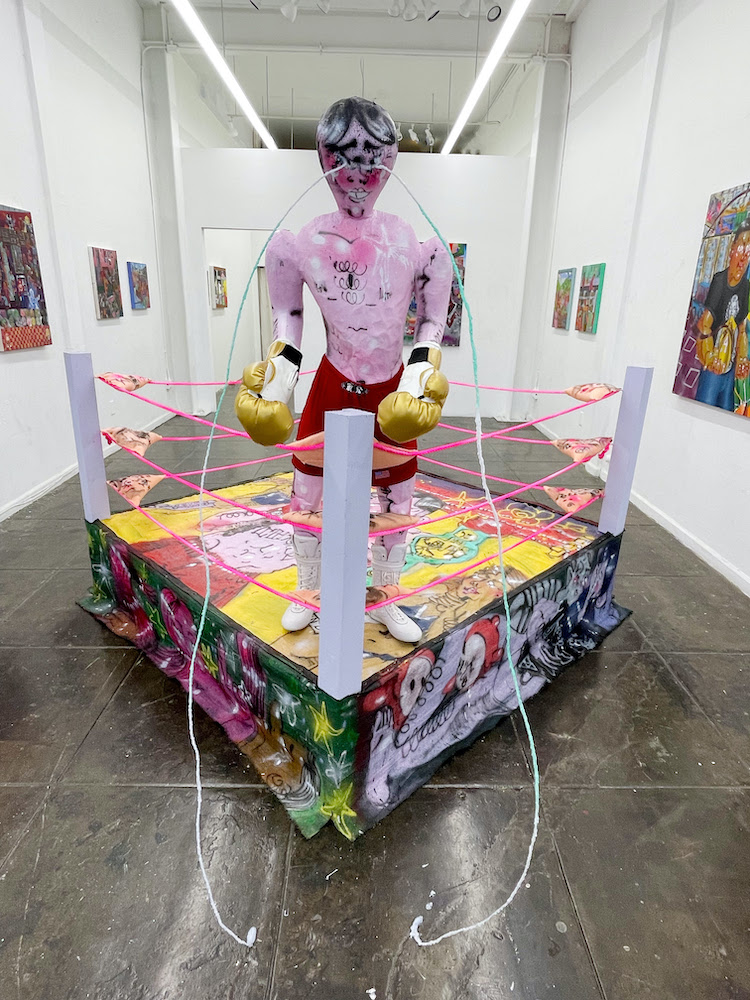 "... that's what I like about LA. You can feel the hustle and the honesty in a lot of what you see. Like religious candles next to toilet paper, next to a 1960’s lamp. Someone from another place in the country maybe doesn't quite get it, and that's what a lot of “gentrifiers” are kind of missing, that inner beauty and that honesty. Like they'd rather just see a modern condo that's just like postmodern or whatever on the edge of Silverlake." —Sickid to Juxtapoz, Winter 2021

Step into his subversive parallel universe, where the comical meets the critical. Sickid takes on the persona of being the mischievous mythical Los Angelino harbinger of truth through his unsettled rendered universe. He builds intimate maximal scenes of chaos, where his cast of feverish pink-fleshed oddballs and satiric characters seek retribution against the current prevailing systems of oppression like; gentrification, police brutality, toxic masculinity, consumerism, and the many more isms of injustice and intolerance that face our current hegemony. The critical thought behind his paintings underlies the power of the medieval jester, the coyote trickster, the Greek cynic, the literary satirist, and – in our own time – the graffiti artist, all of whom possess a tremendous power: the ability to say the unsayable, to confront hypocrisy, and for Sickid, specifically climbing the tallest billboard and painting his allegorical figures revealing a multitude of spicy truths.

Local and autobiographical references pepper his paintings — locations you’ll know or almost recognize, and relatable moods. Strip clubs, church, Jollibee, the Playboy mansion, wrestling matches, arcades, neo-noir lit bedrooms, unmistakably L.A. streetscapes. Sickid, who is a weapon to the streets equally to the canvas, is inspired by immigrants, street characters, fast food, pro wrestling, and other untrained and raw influences. His figures — like one best described as a gleeful mashup of paletero, vaquero, and luchador in strategically placed anti-gentrification murals — often combine disparate styles and symbolism.

As a graffiti figurehead, Sickid’s technical skills are like no other, his medium of choice is surprisingly not airbrushed, but spray paint cans, which when examining the level of details within each intricately painted scene is no small feat. Sickid’s naive painting styles and his use of gradients and mixed media enmeshed with his visual language encapsulates the Los Angeles zeitgeist. As his paintings become more elaborate with a variety of layered tones, colors, and textures, each detail provides insight into the very world in which Sickid grew up, which is East Hollywood. The home to various LatinX communities, interwoven with bargain storefronts, food stands, taquerias, and tchotchke vendors.  East Hollywood is a familial zone that is fundamental to the heritage of Los Angeles for its vibrant history and traditions. For Sickid, who still lives and works in his hometown, he continues to challenge the ever-changing ecosystem in Los Angeles. He is the amalgamation of street art, critical voraciousness, and all that is East Hollywood, it is clear that he is definitely one to be reckoned with.