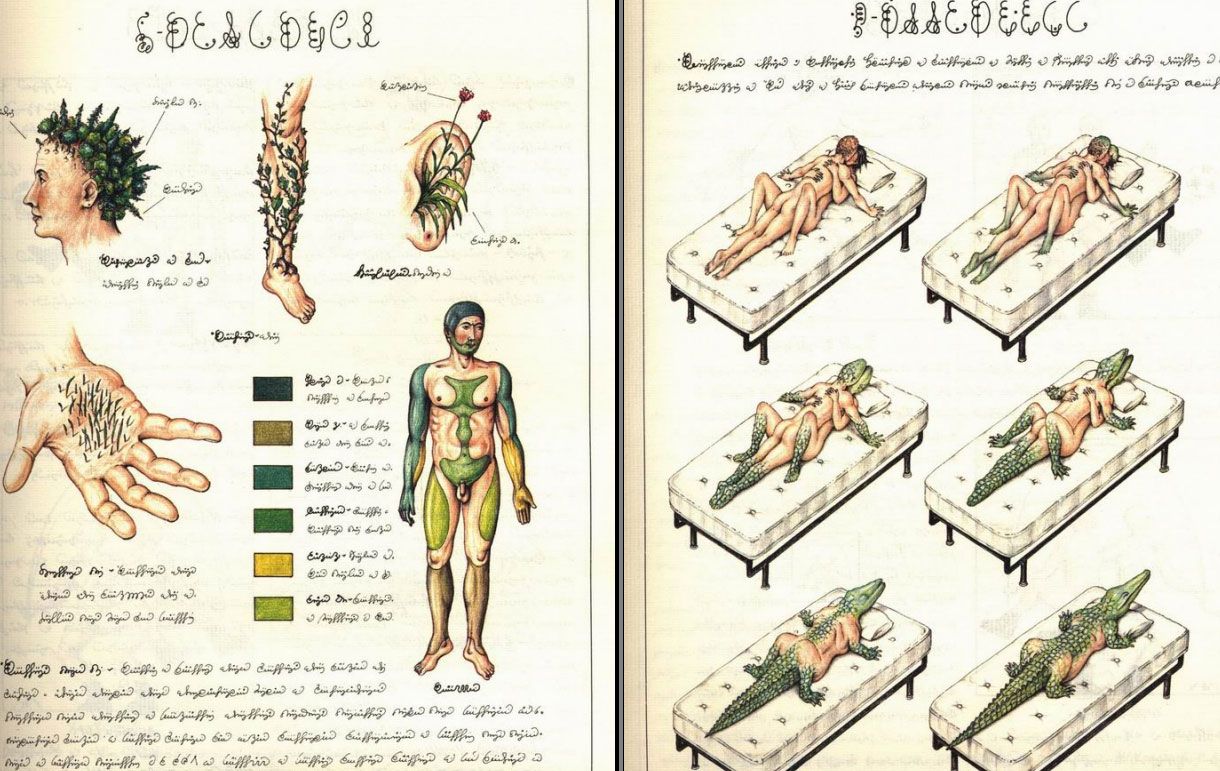 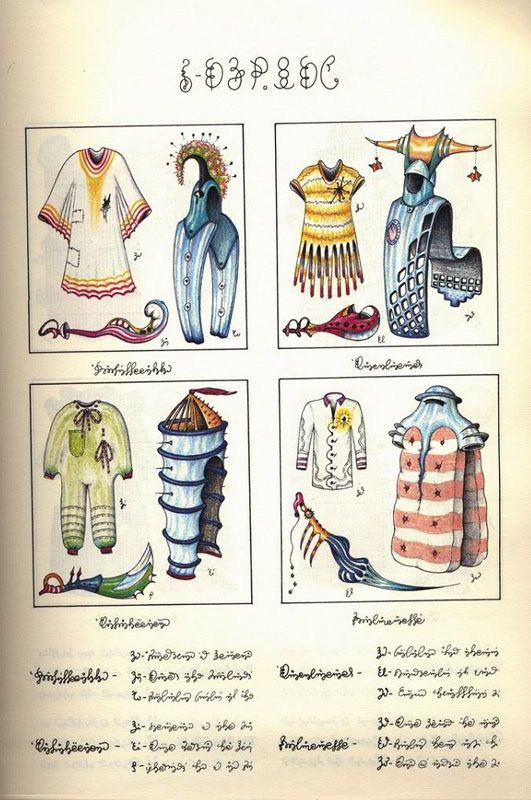 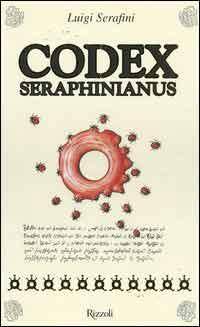 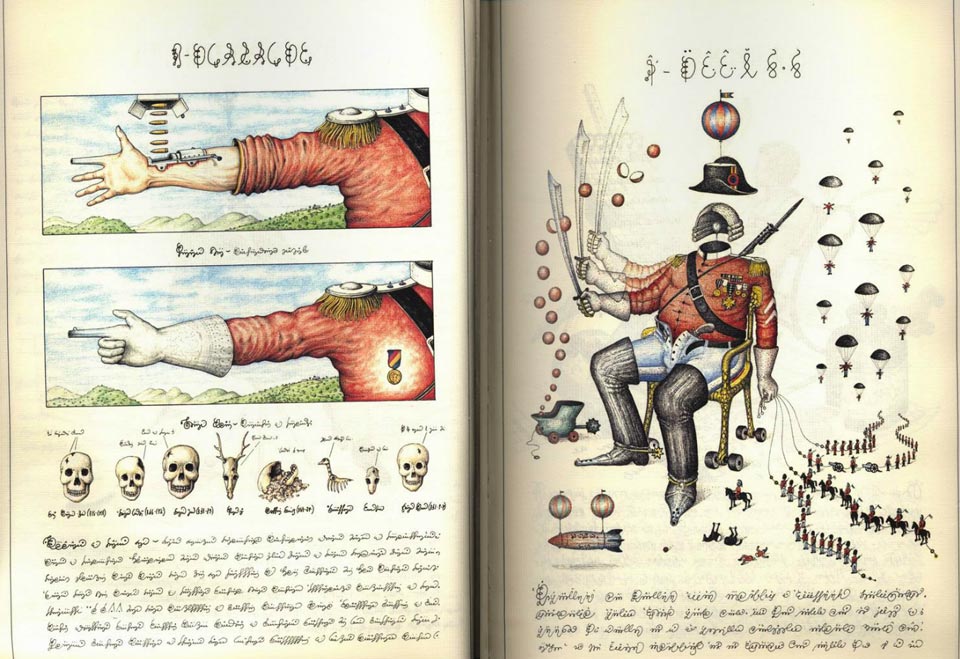 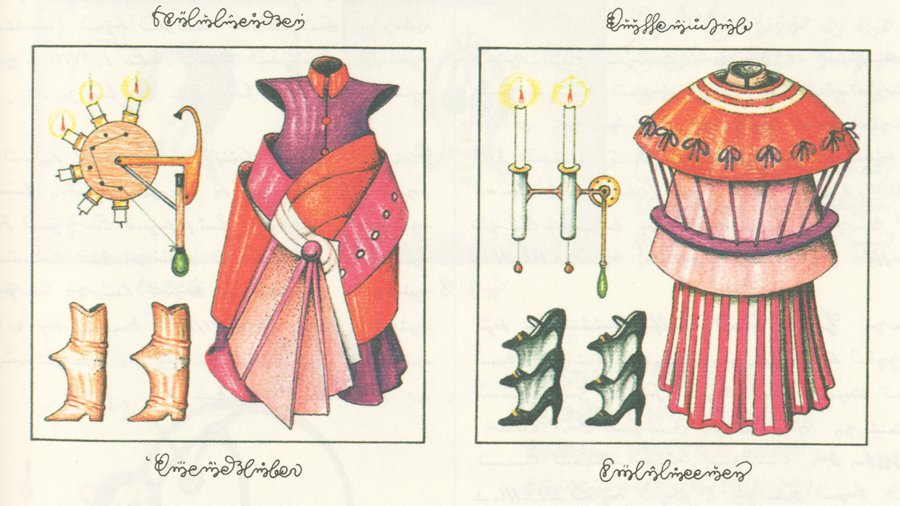 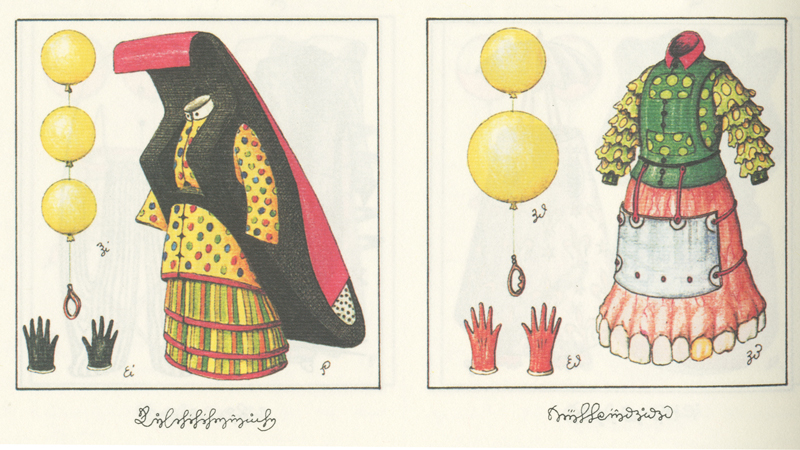 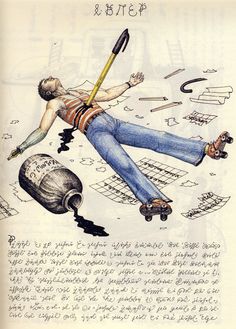 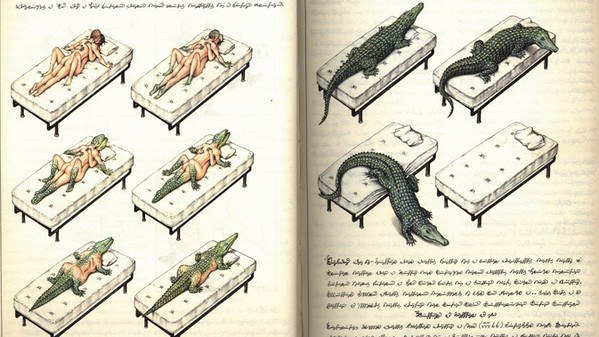 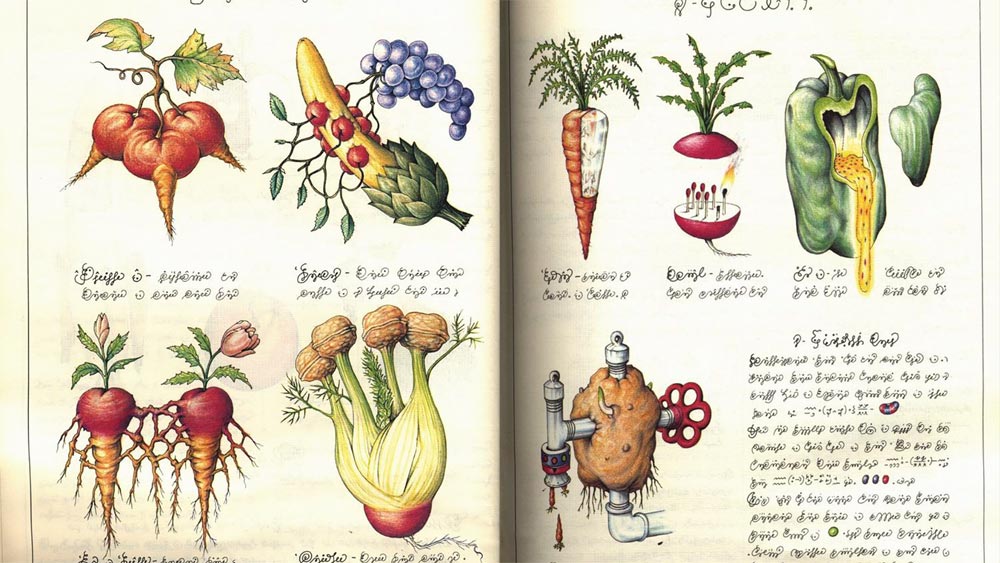 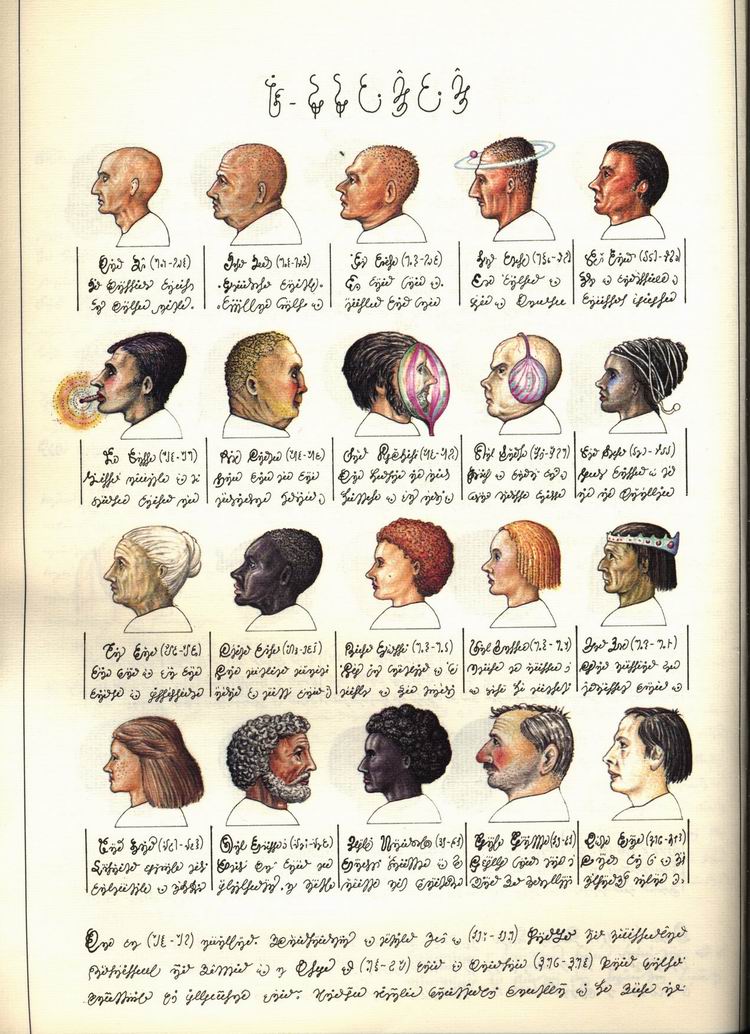 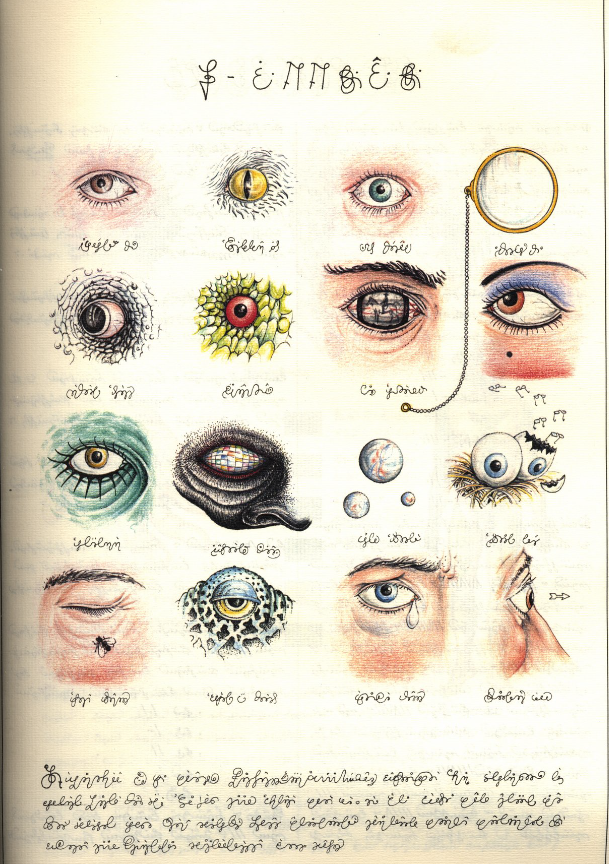 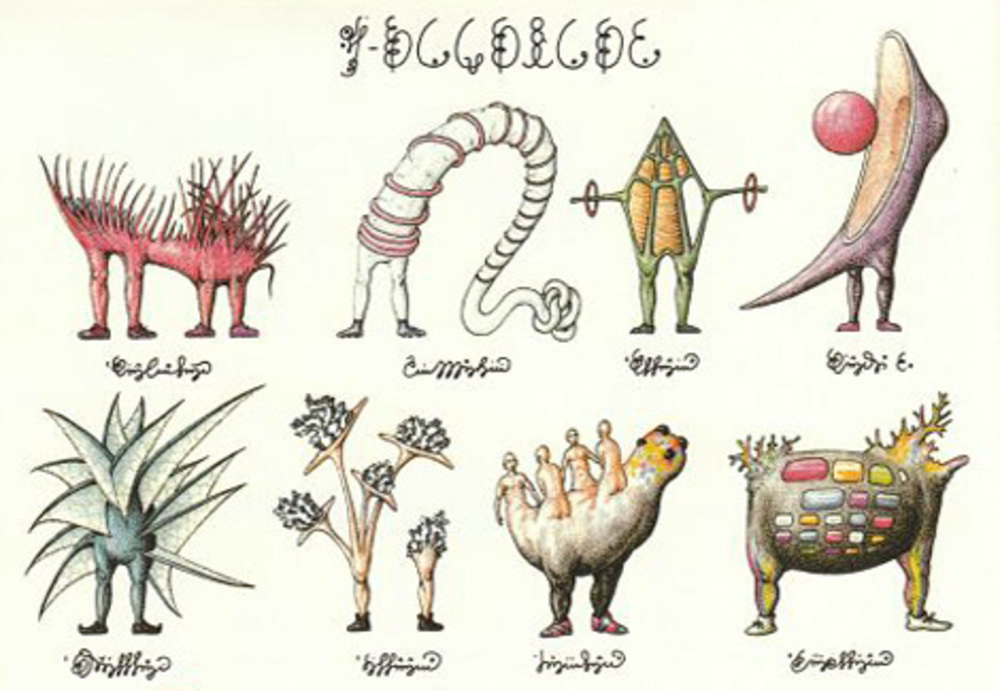 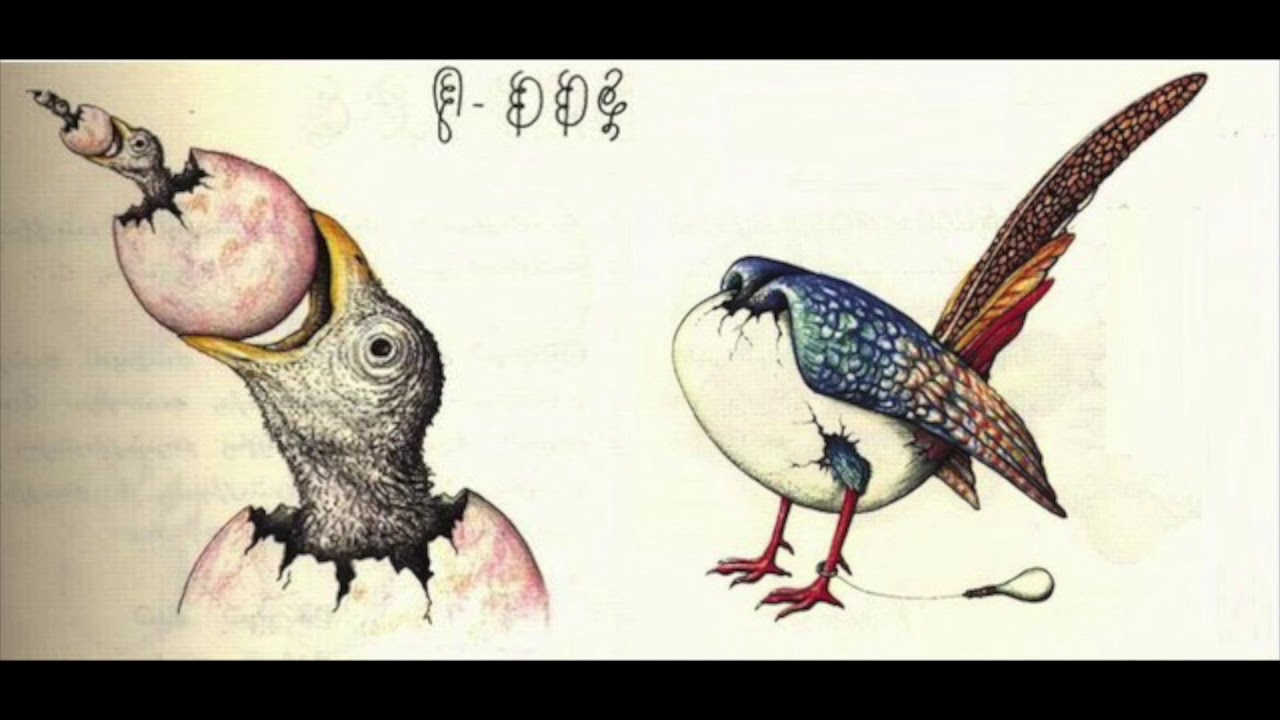 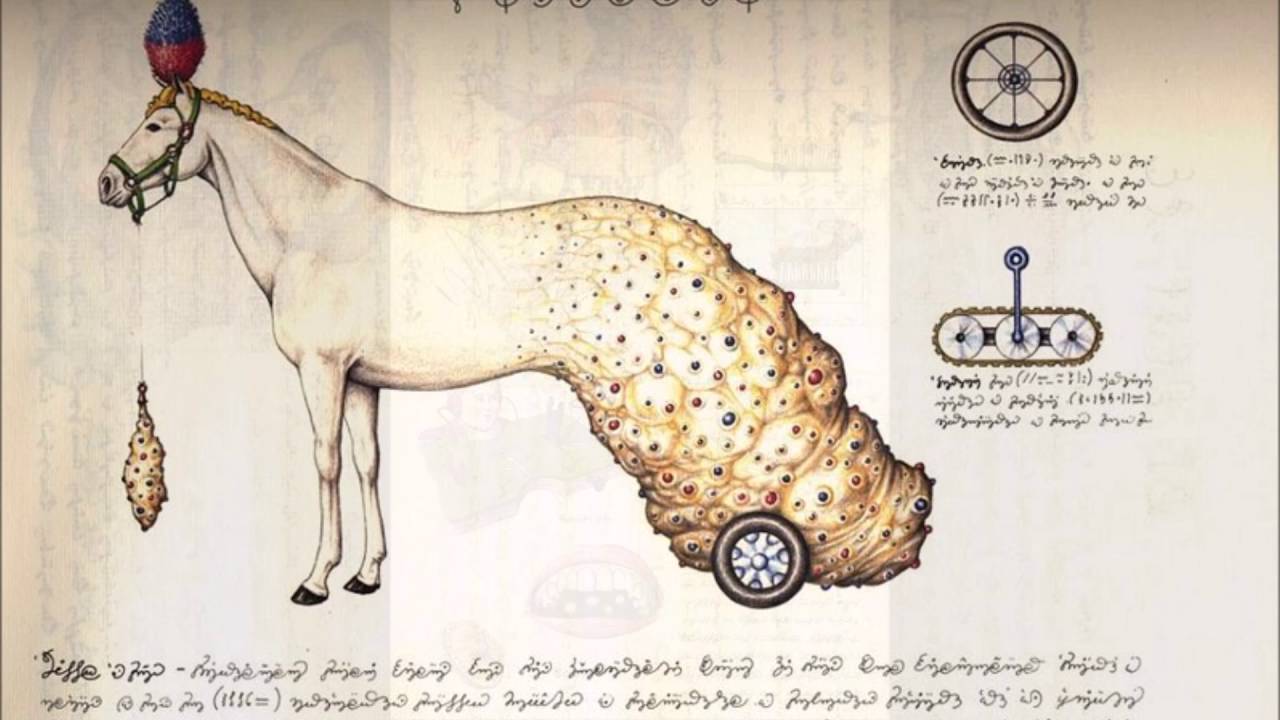 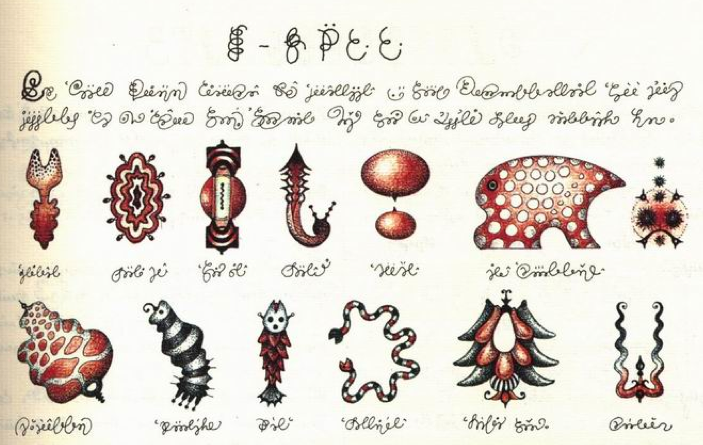 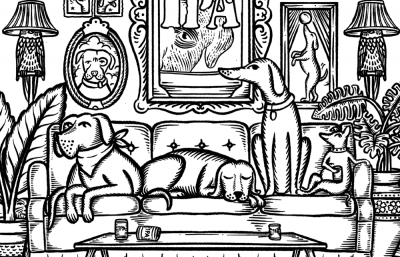 Codex Seraphinianus is a window into a bizarre fantasy world complete with its own unique (unreadable) alphabet and illustrations that borrow from the modern age while veering into the extremely unusual.

Originally written by the Italian artist Luigi Serafini in the 1970s, the Codex Seraphinianus is strange, even for the most open-minded readers. Codex Seraphinianus is essentially an encyclopedia about an alien world that is clearly a reflection of our own, with each chapter dealing with key facets of this surreal place, including the flora, fauna, science, machines, games, and architecture. However, it's difficult to be exact because no-one has been able to understand even the 'Contents' page. Elements of today's world are visible, but there's nearly always a surreal twist as the illustrations hold floating flowers, a peeled banana containing pills, a strange car covered in flies, clothing that would seem strange even in the 1970s, and lots of bipedal creatures with human legs attached to all manners of crazy things.