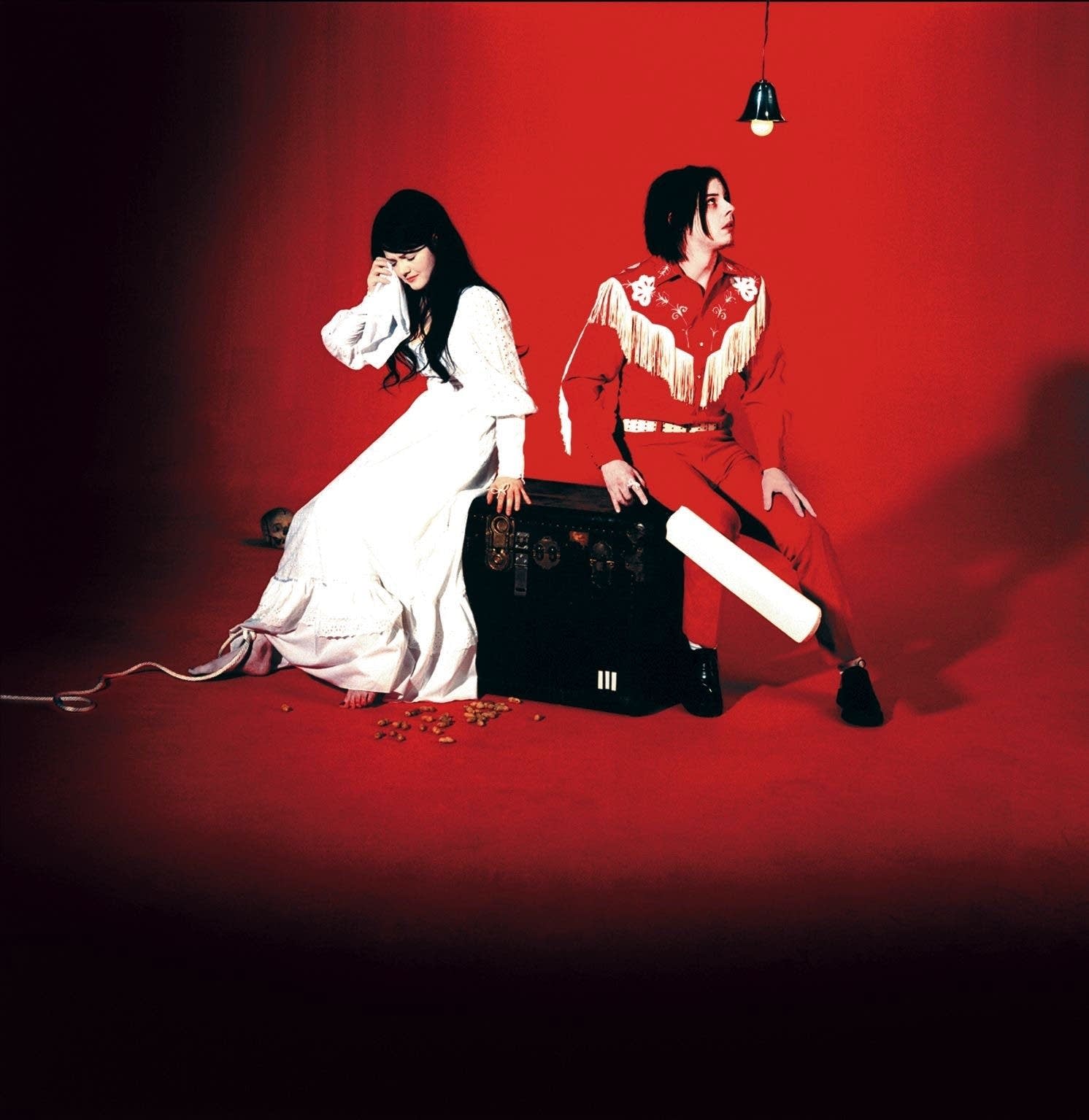 Perhaps the most famous opening bass line in the history of rock? The "Seven Nation Army" bass/guitar riff is a goddamn sport chant now, which seems like the antithesis of lo-fi White Stripes, but sometimes a melody is too good to stay in the garage. This week's Sound and Vision travels back to 2003 for the White Stripes post-breakthrough-to-household-name album, Elephant. Recorded over two weeks under the theme of "death of the (American) sweetheart," it's raw perfection, with an almost "one-take" sound that imbued a major album with rare authenticity. If you are going to start your album with "Seven Nation Army," you are going for something apocalyptic, sinister and bold. But somehow, Jack and Meg White made a Burt Bacharach song sound raw. Yes, there was an obsession with the rival of rock in the early aughts, but damn did Jack White take it all back to the garage. With limited resources-by design, the White Stripes left a mighty footprint with Elephant.

At this point in time, the White Stripes were famous for that color scheme, and had previously released the incredibly iconic videos for "Fell in Love with a Girl" (the Michel Gondry lego one). Elephant not only kept with the look but intensified their visual identity with the Alex & Martin directed SNA clip and Gondry's "Hardest Button to Button." The cover for Elephant has the weird folkloric qualities of the Stripes repertoire: the two bandmates (or husband/wife, brother/sister, take your pic) in Grand Ole Opry looks, obscured skull, peanuts on the floor, a cricket bat, Meg in a white or black dress depending on your LP version. Meg weeping. Jack looking off to the side at ... something large? Where is the elephant in the room? What is the elephant? The extinction of rock? In such simple composition, a whole lot is going on. And why does a band from Detroit that often plays the blues always wear red?

Funny enough, Jack would remark, as always, enigmatically: "If you study the picture carefully, Meg and I are elephant ears in a head-on elephant. But it's a side view of an elephant, too, with the tusks leading off either side." He went on to say, "I wanted people to be staring at this album cover and then maybe two years later, having stared at it for the 500th time, to say, 'Hey, it's an elephant!'"