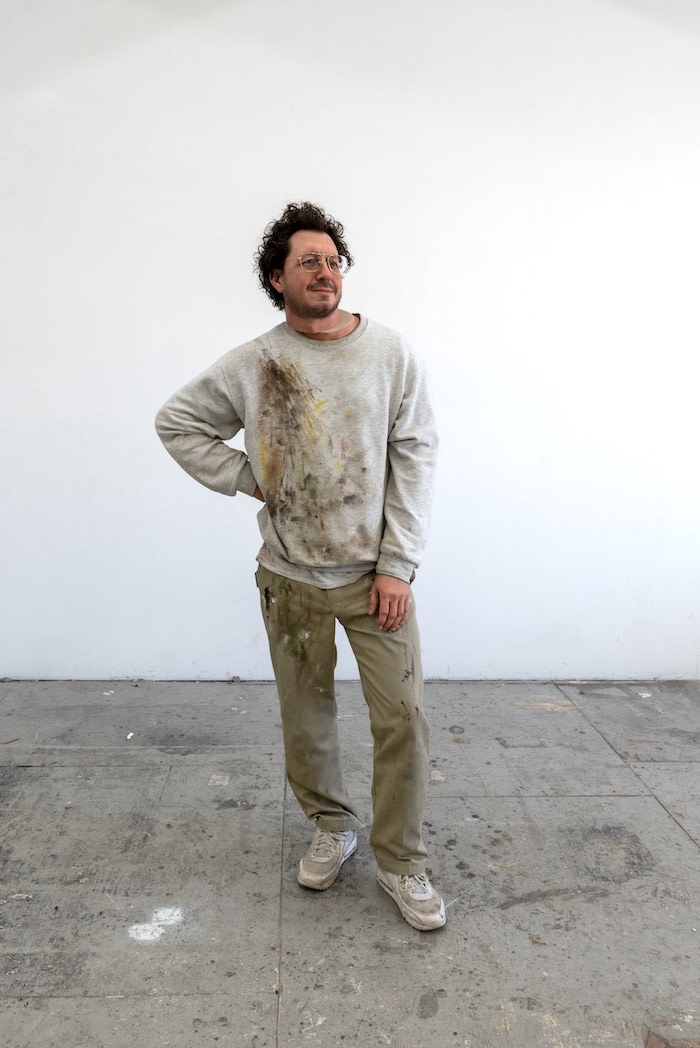 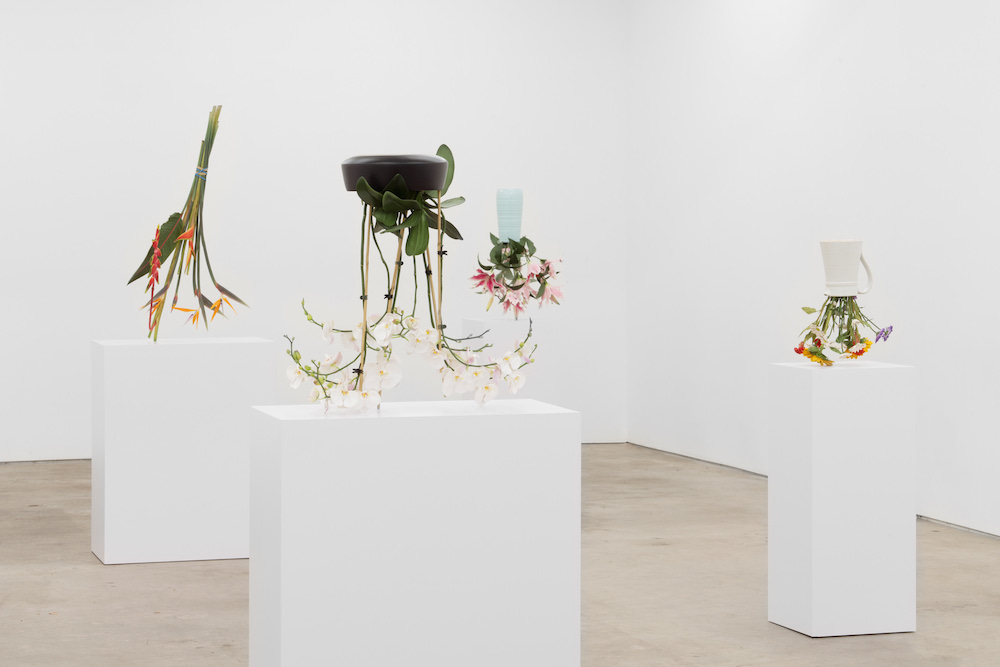 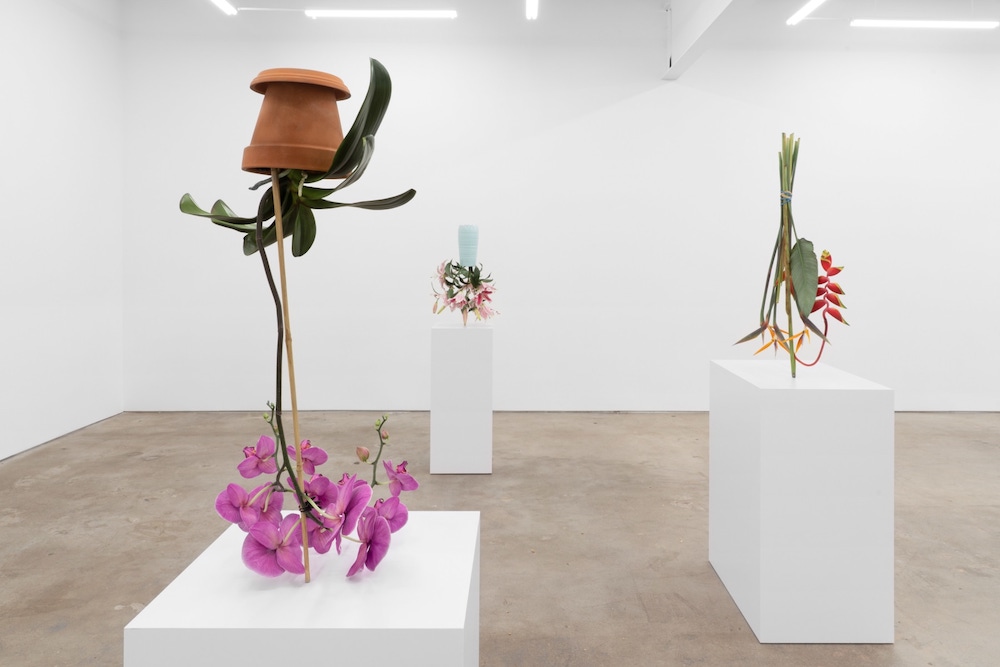 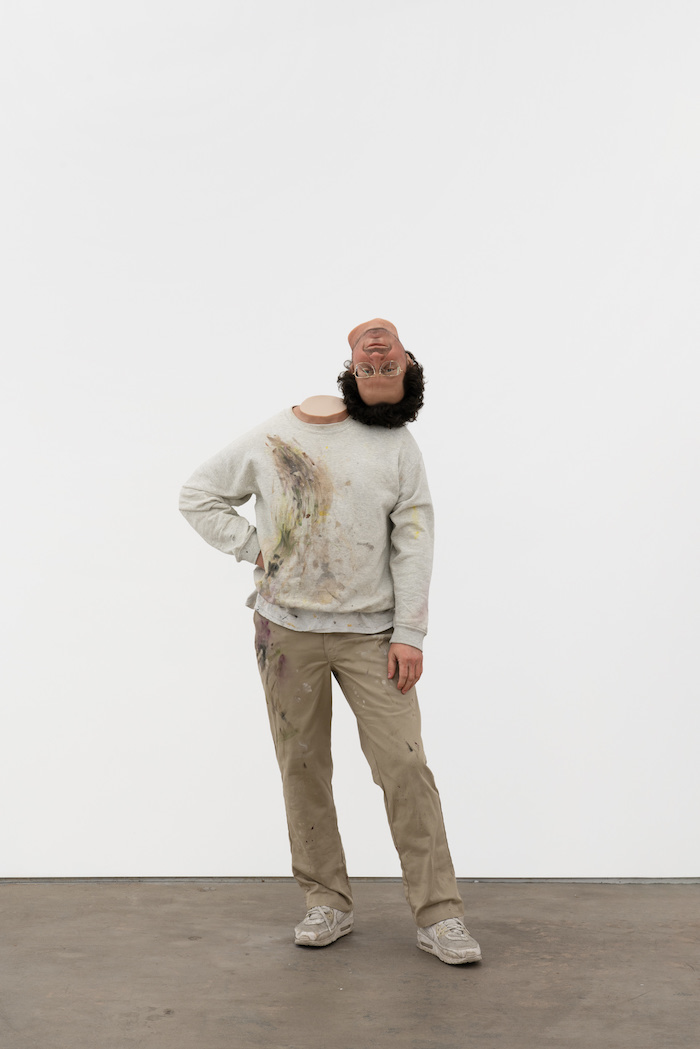 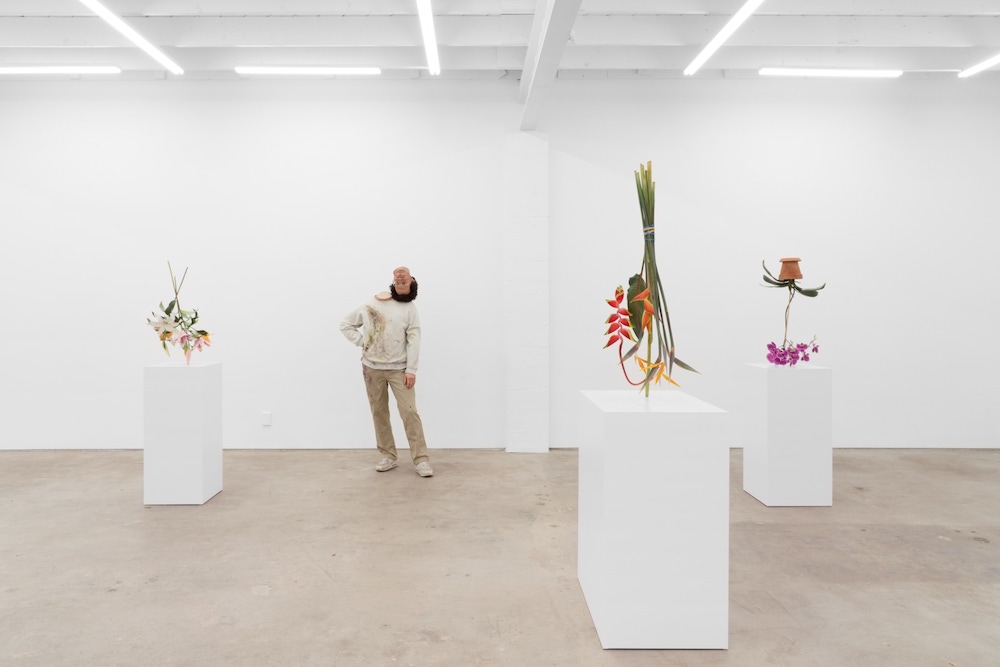 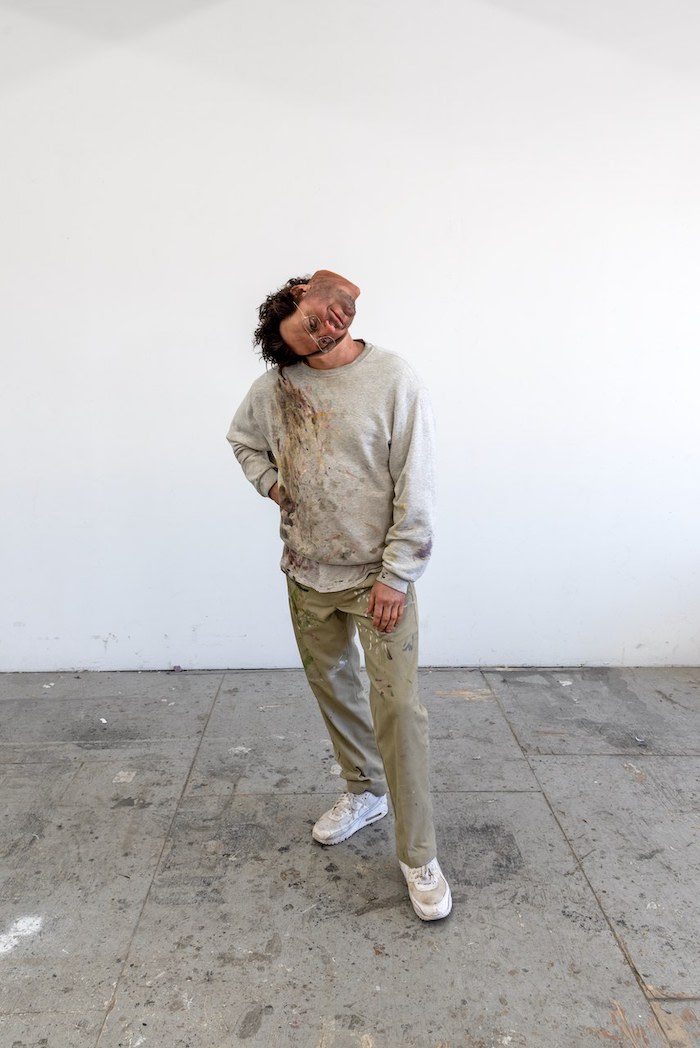 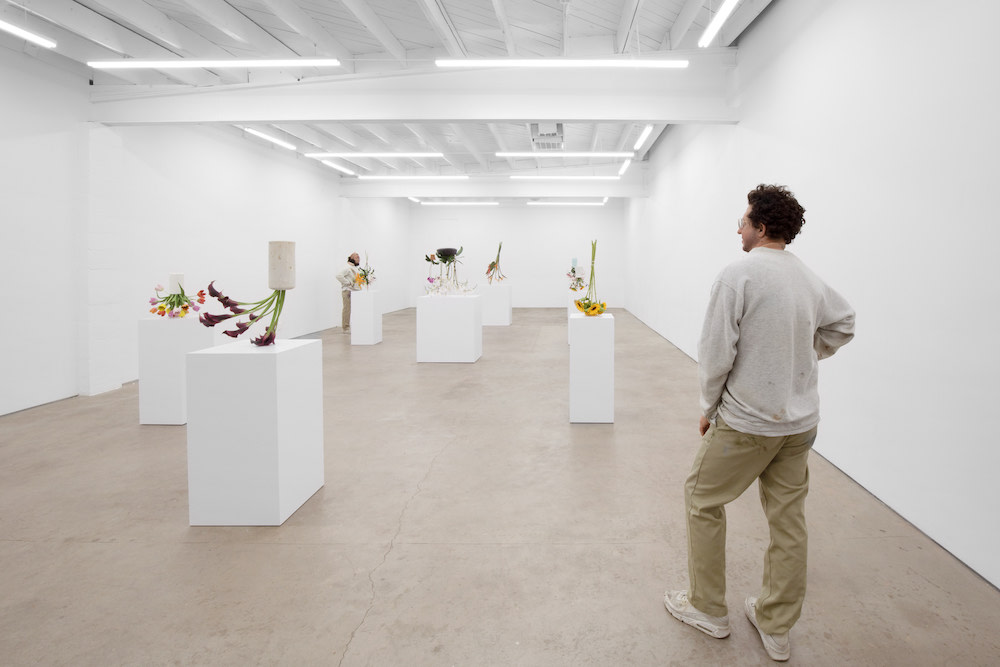 Through December 23, 2022, Nino Mier Gallery will present Arrangements, our first solo exhibition with New York based artist Tony Matelli. The exhibition will debut a new series of self-portraits and include eight new polychrome bronze bouquets of inverted flowers.

Matelli’s perspectival reorientations of objects and ideas are most felt in his Arrangement series, where commonplace bouquets of flowers are upended and reified into miraculous and meticulously constructed sculptures.  These works - comprising kaleidoscopic tulips, delicate rubber band-bound lilies, potted orchids, and vibrant tropicals and wildflowers - have been transformed into traditional cast bronze and exquisitely painted.  The works, often resting upon a single petal, bear no load from their gravitational sublimation; almost as images or ideas, these sculptures are reinstated upon the pedestal as if the laws of nature containing them were intact—yet inverted—around them.

This reorientation of perception is transposed into the psychic space of Matelli’s new series of self-portraits, likewise titled Arrangement.  Hyper-realistically rendered in silicone, the sculptures depict the artist standing contrapposto and in studio clothes, his disembodied head resting atop his neck.  The works are meditations on the act of looking, the act of thinking, and the bizarre and phantasmagoric experience of the mind separating from its body.  This moment—a phenomenon locked within—is externalized in Arrangement, made both disturbing and fantastic in its meticulous accounting of every detail.

Matelli is known for his conceptual range and material dexterity, moving deftly from uncanny, life-size figurative works to exacting and miraculous reorientations of common objects.  For 25 years, Matelli’s artistic concerns have centered around the human condition, imbuing his sculptures with a surprising vulnerability.  This quality can be found in the most unlikely of objects, such as his polychrome bronze weeds.  His more directly figurative works are permeated by social concerns of alienation, displacement and transformation, exemplified by past works such as Josh, a figure in a floating fugue-state; the half-nude Sleepwalker, lost on New York City’s High-line; and his Garden series of broken and crumbling classical figures, adorned by an imperishable and vibrant range of fresh food—rendered in painted bronze and glass—offered in both defacement and sacrifice.