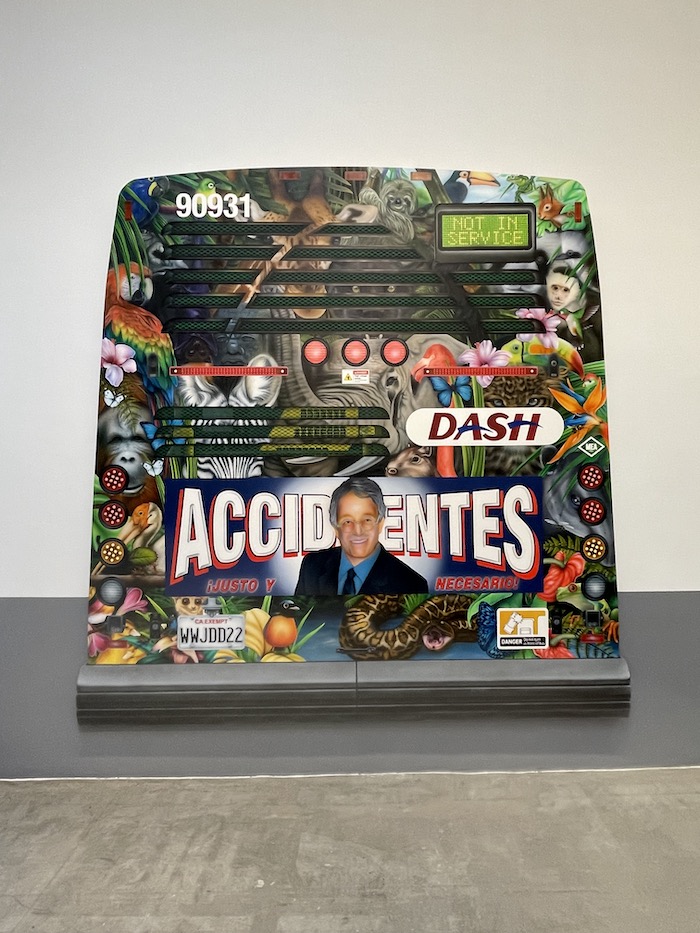 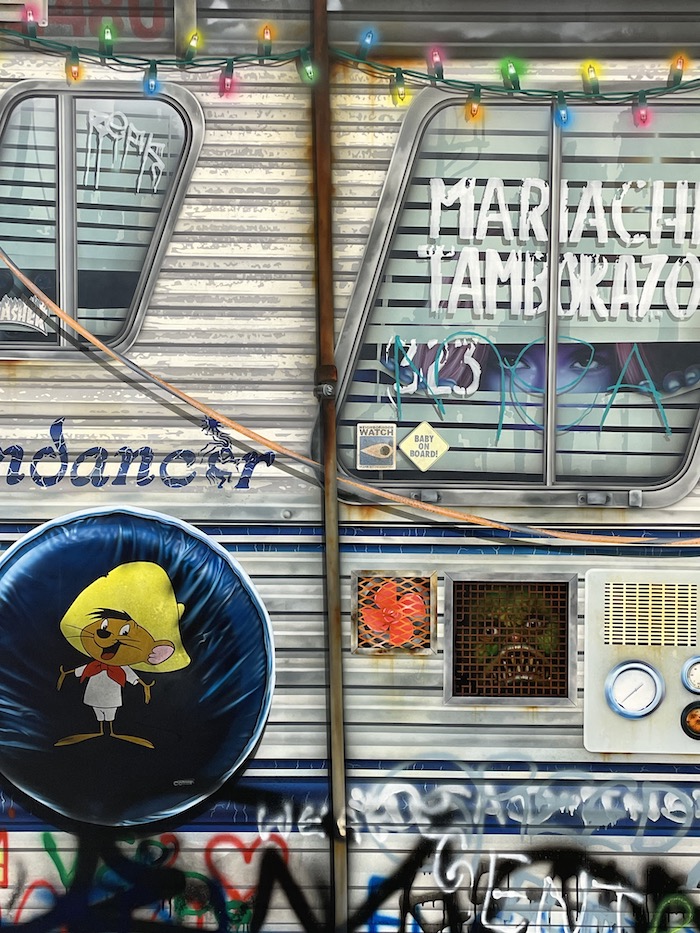 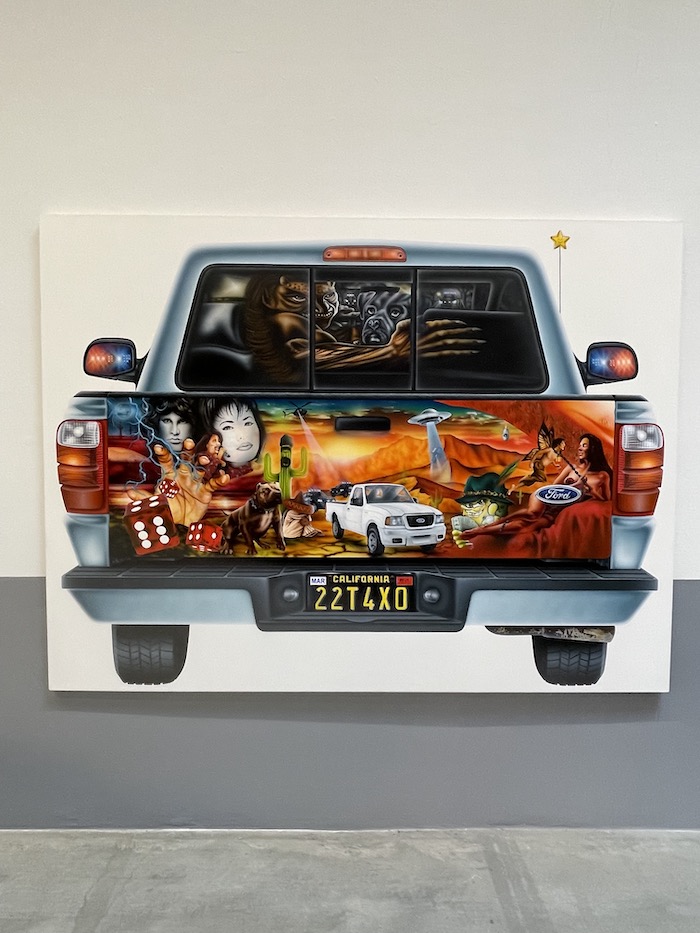 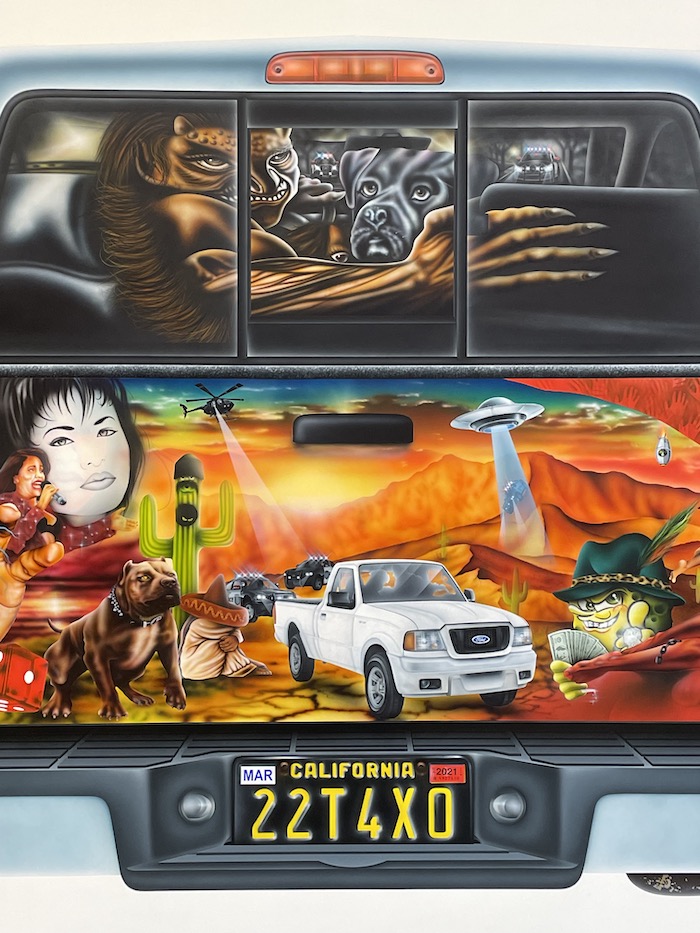 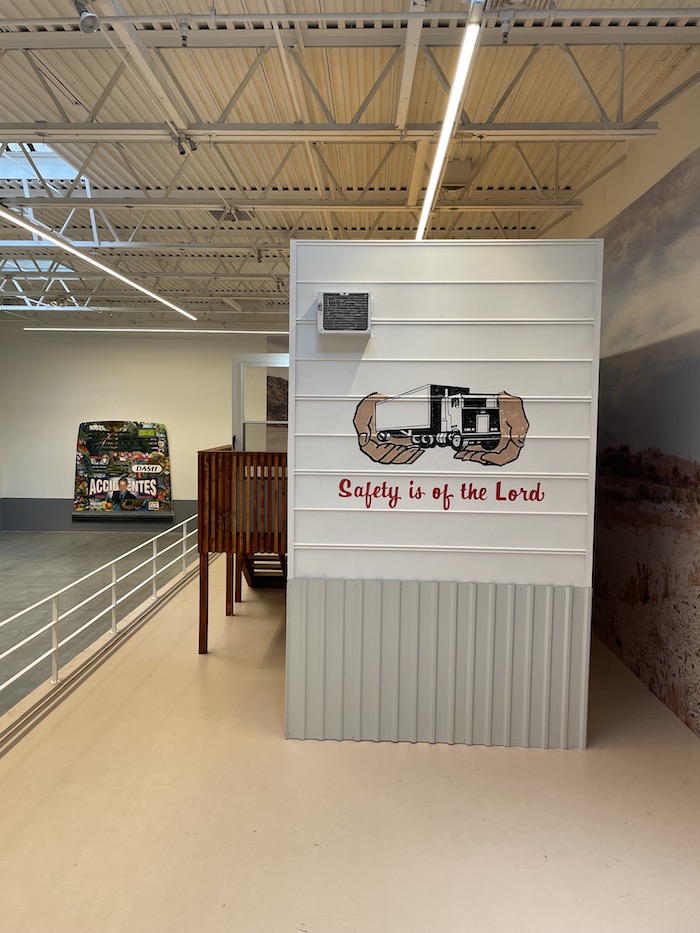 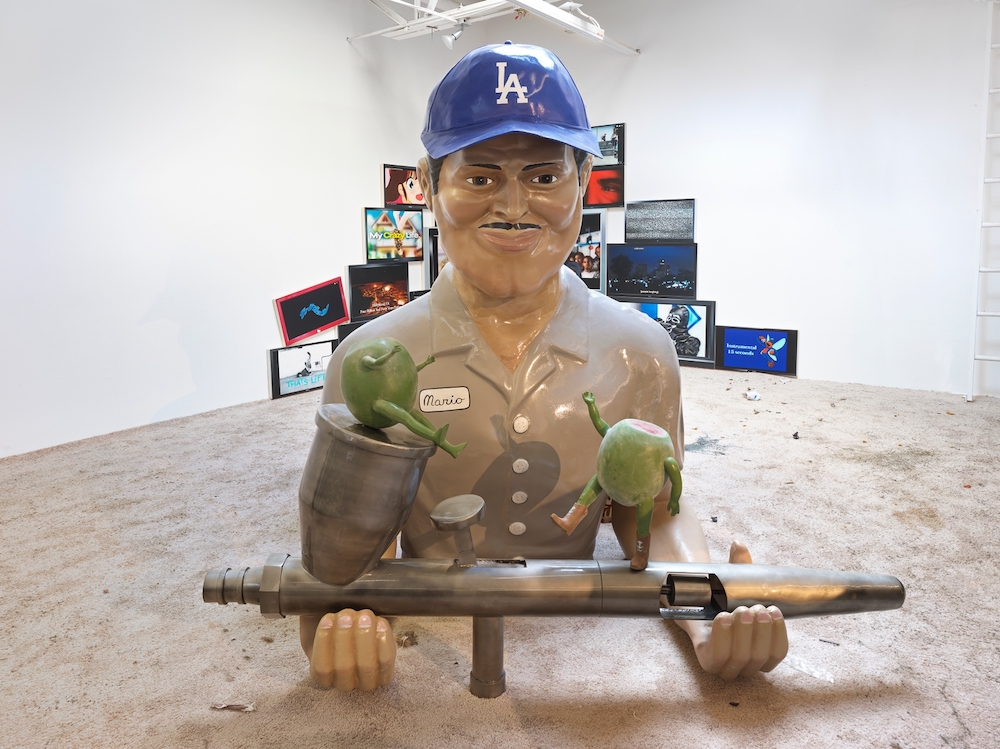 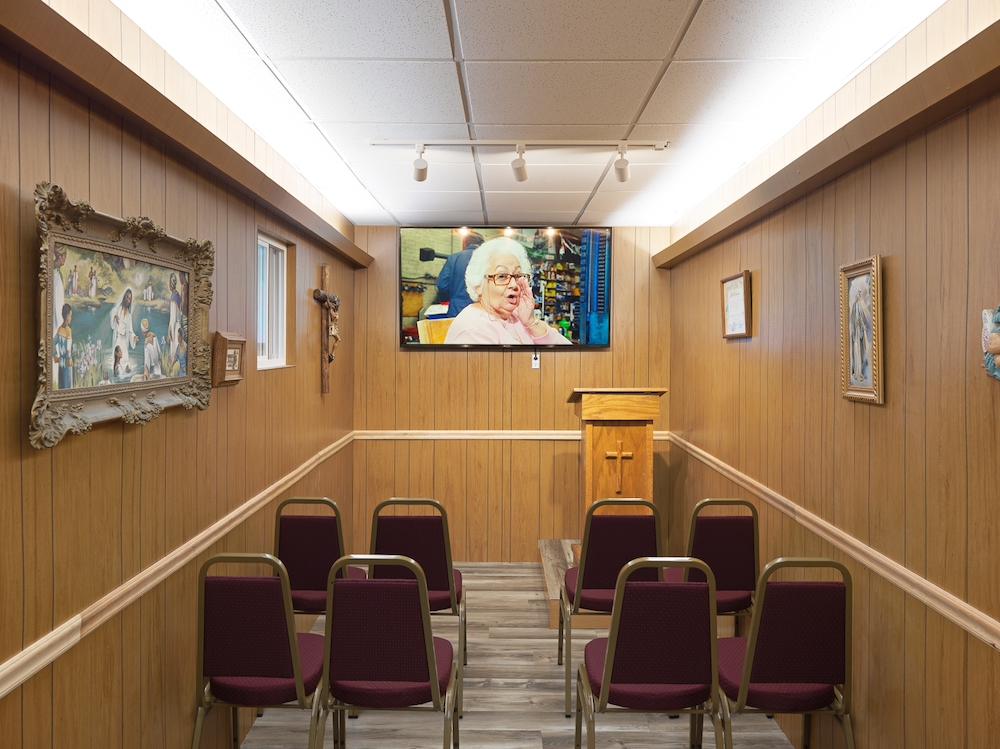 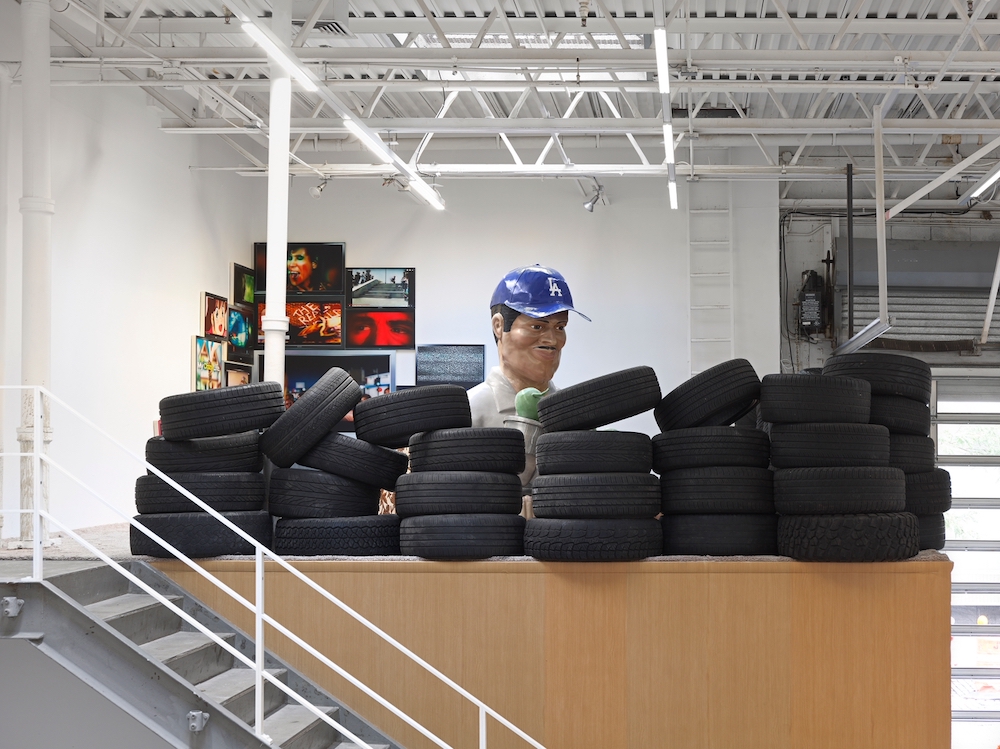 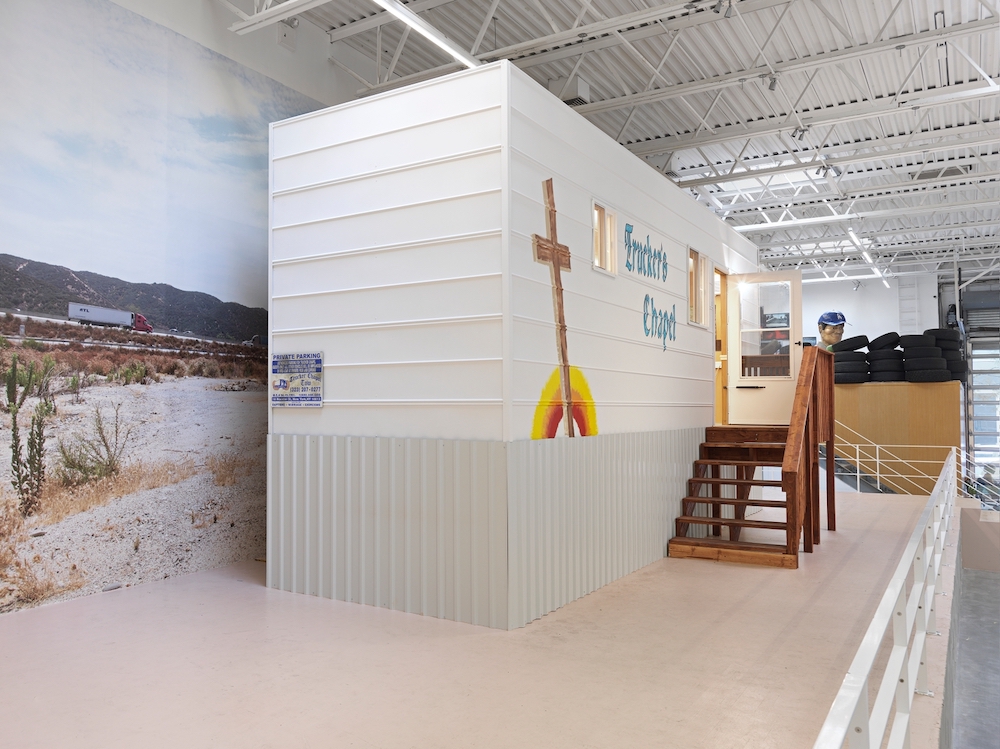 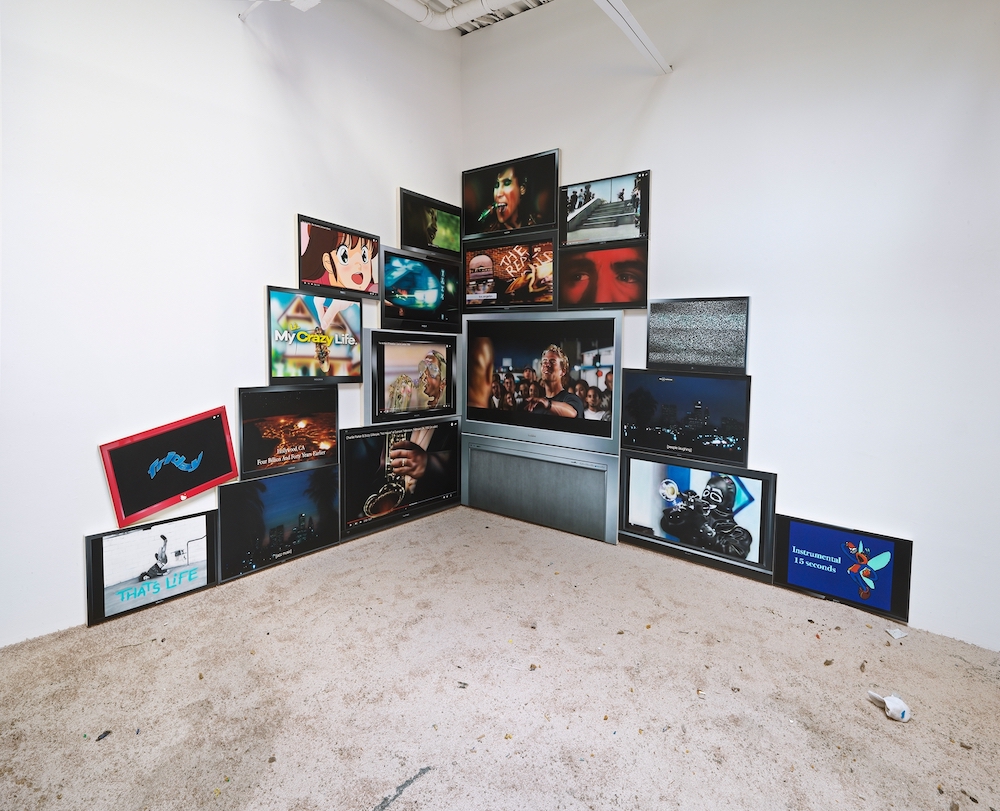 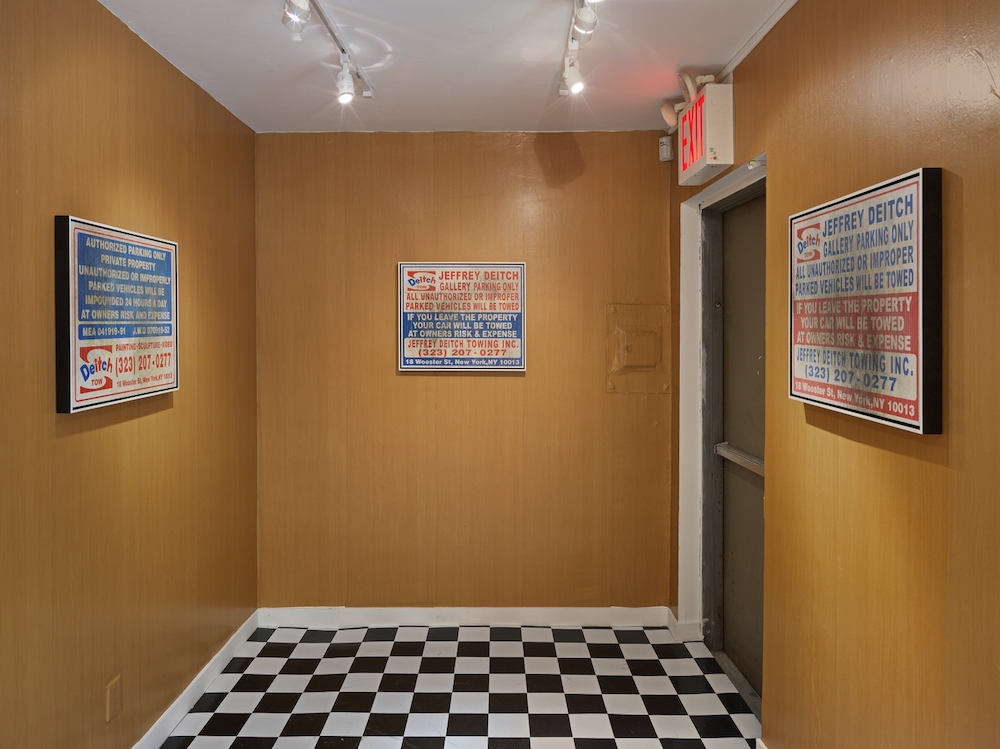 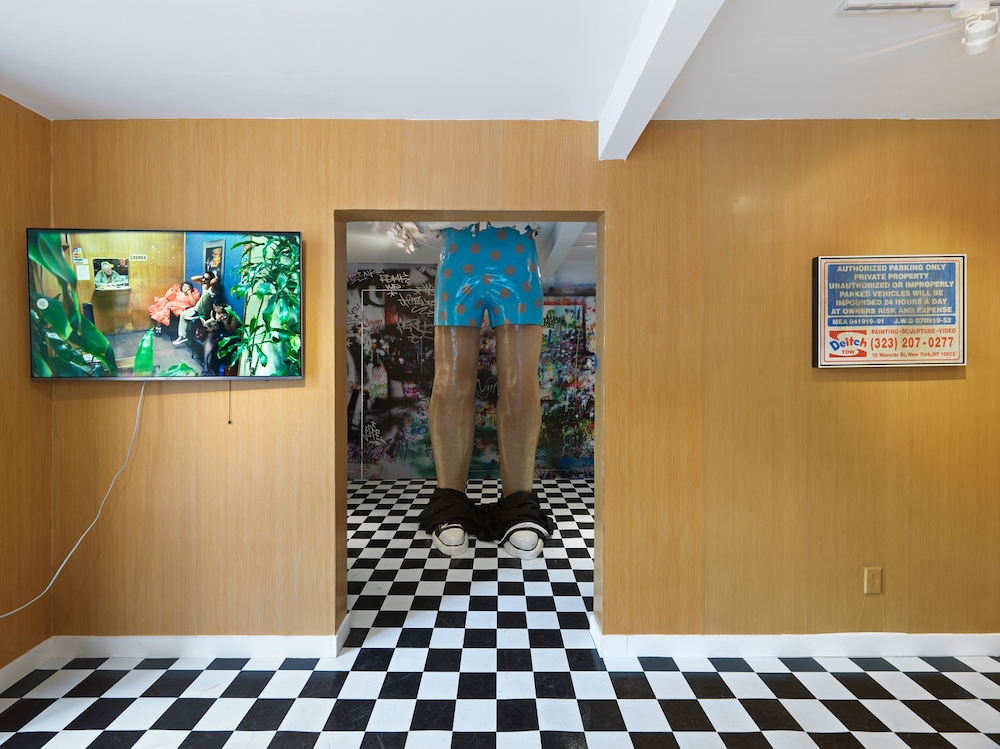 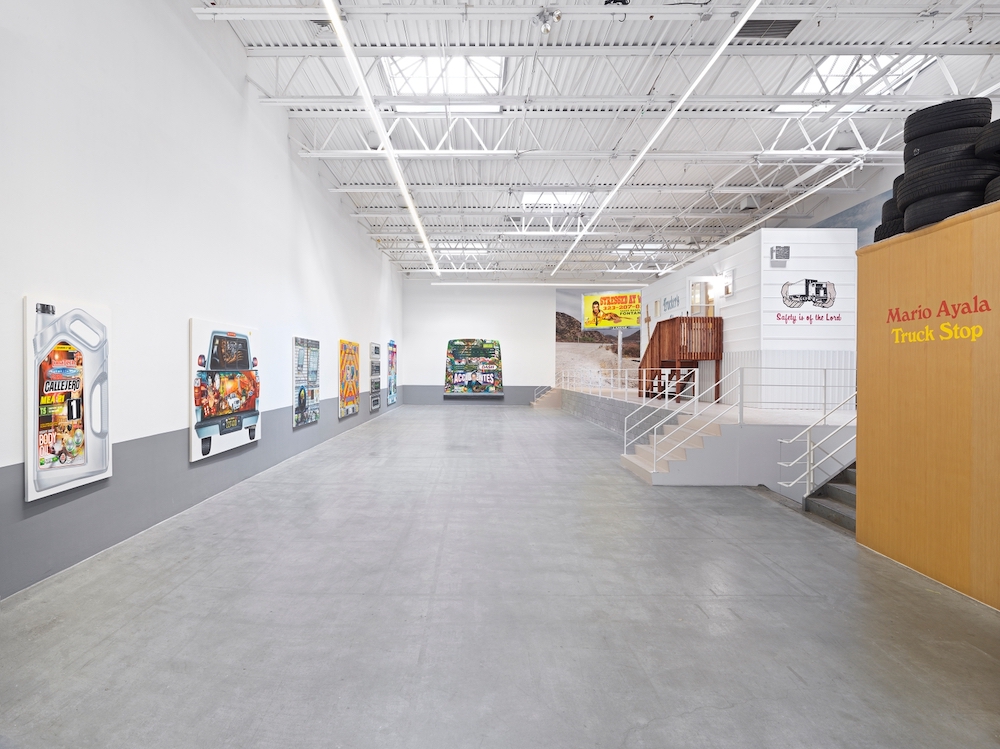 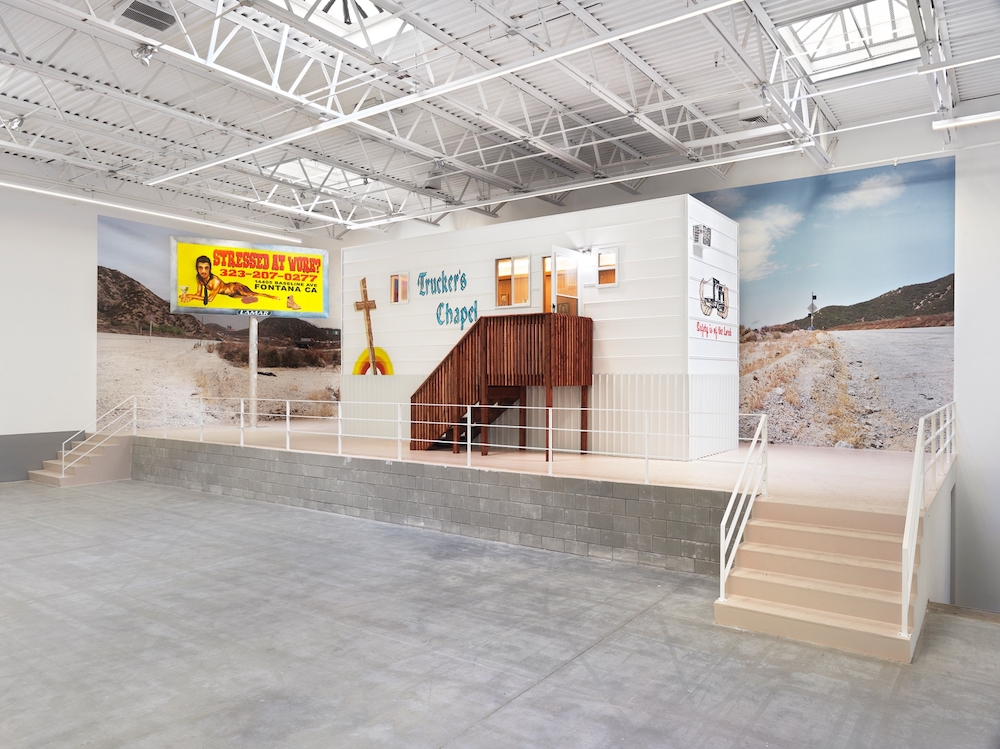 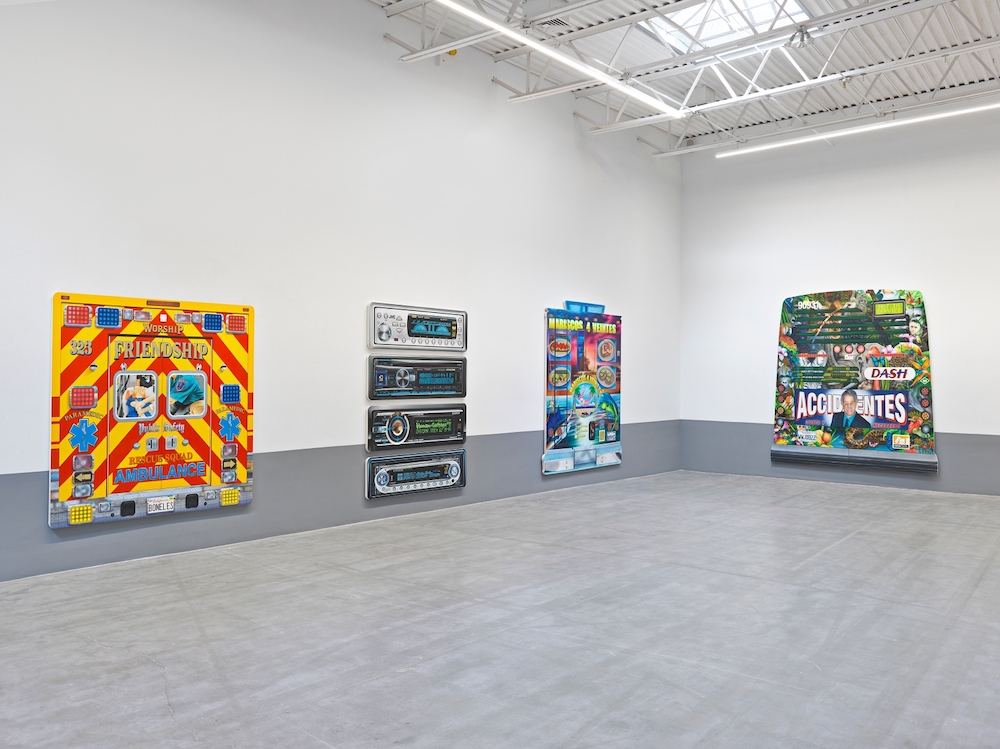 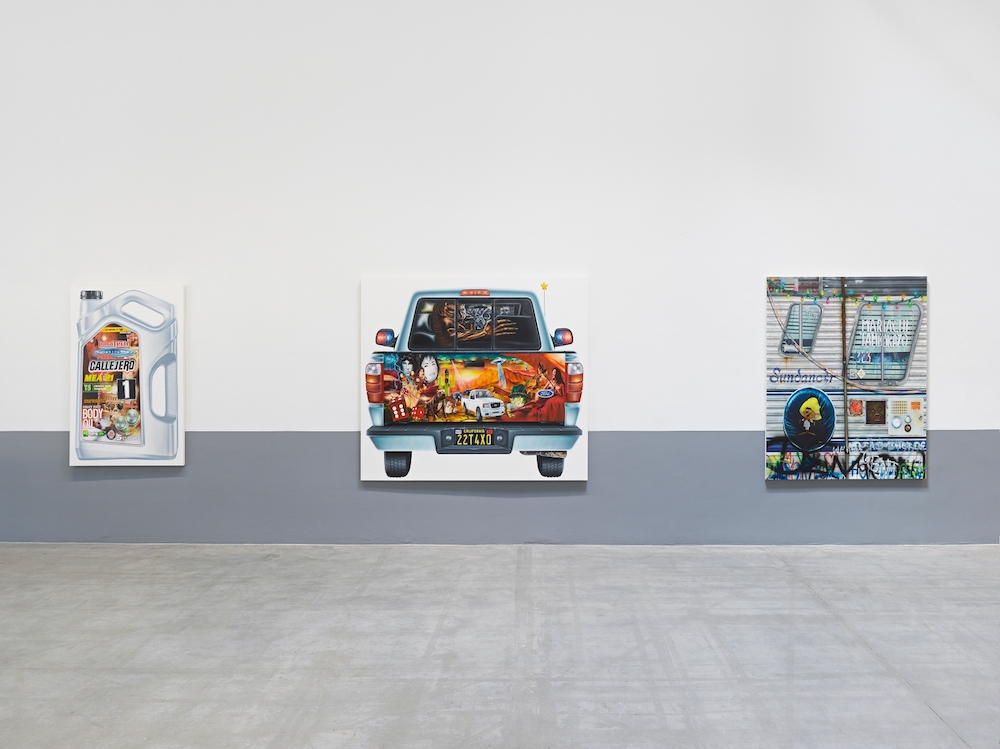 It was a matter of time before Mario Ayala's vision of California would be as expansive as the state itself. His airbrush works were intricate but narrative, a story of a movement that defines a state of immigration and the dream of the automobile. For this current show, Truck Stop, on view at Jeffrey Deitch, there is a bold companion to his paintings: a truck stop chapel, tire shop and large highway billboard surround the space. You get the feeling you are on a movie set, with wallpapered, cinematic photos of the southwestern desert, a panorama of the two-lane freeway. And the paintings, various depictions of car culture, stereos, graffiti. Like another famed California artist before him, Barry McGee, Ayala is creating a space for the reality and dream of a culture to take a central role.

And this is where Ayala is a pivotal figure in the contemporary art world. He has built a bridge between Ed Ruscha, Robert Williams and McGee, Cool School to Mission School. Truck Stop is the beginning of a different phase of his young career, where his hot-rod, airbrush mastery connects to a more sweeping vision of the American landscape. —Evan Pricco