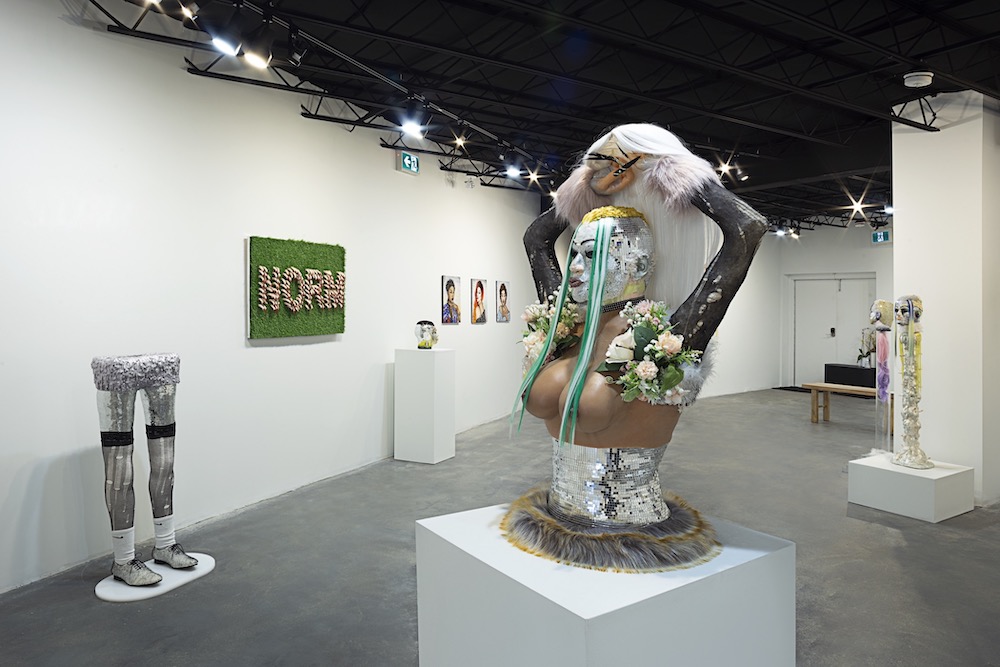 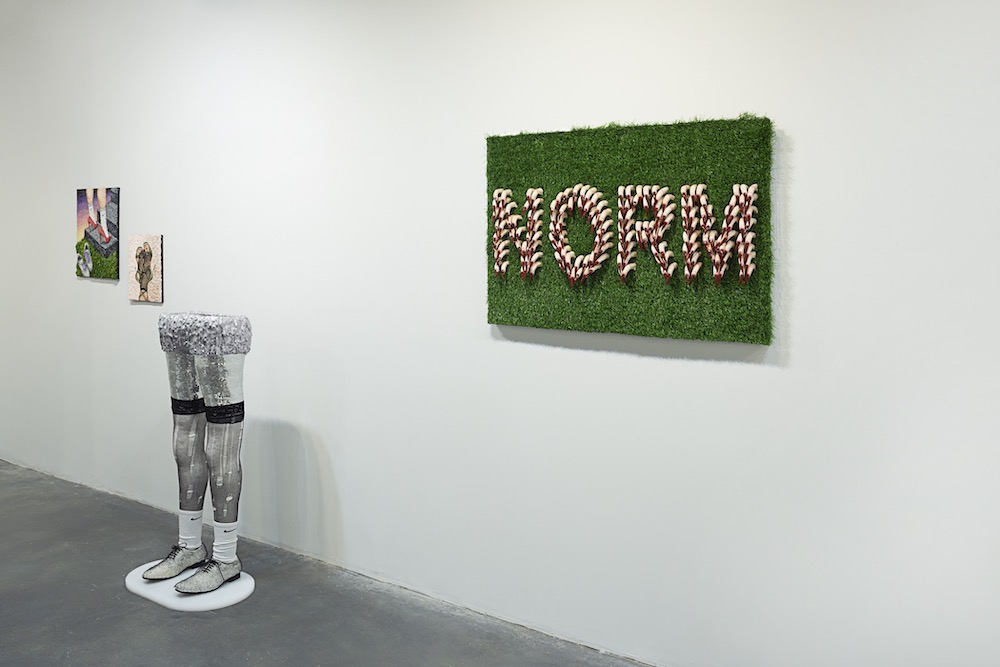 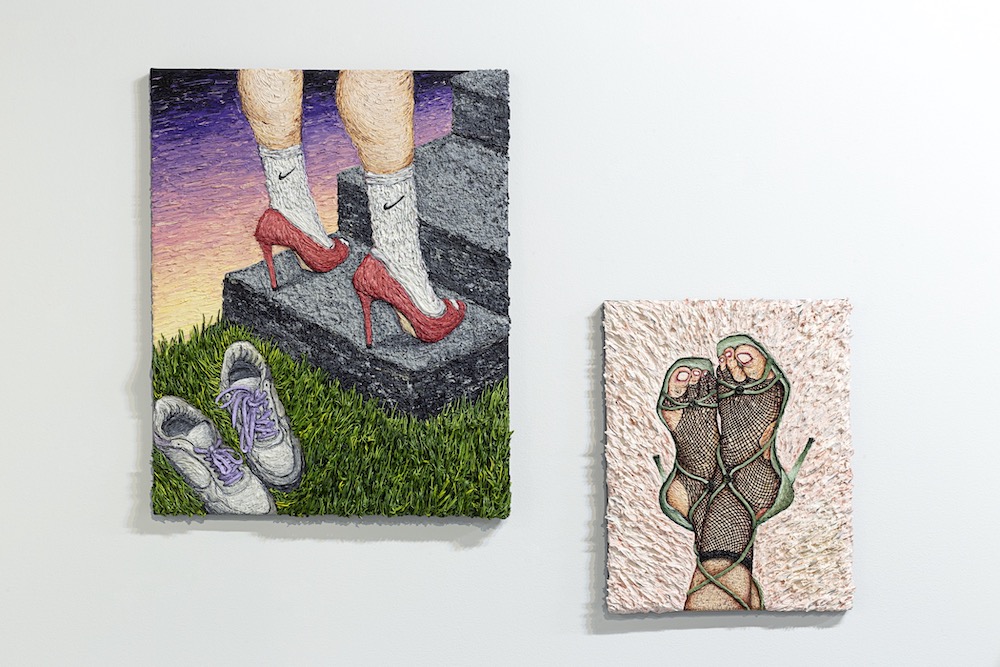 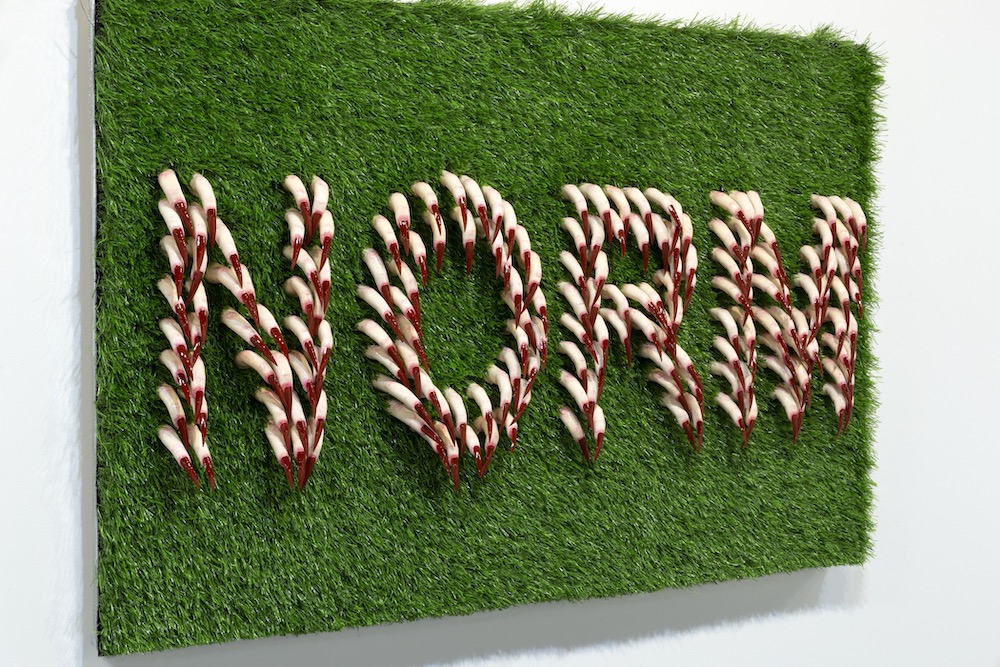 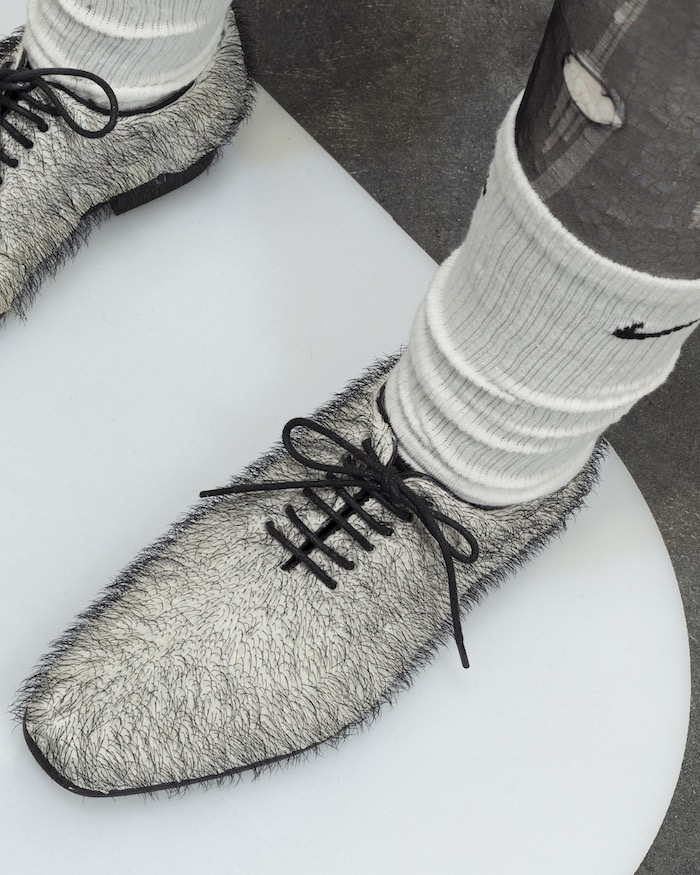 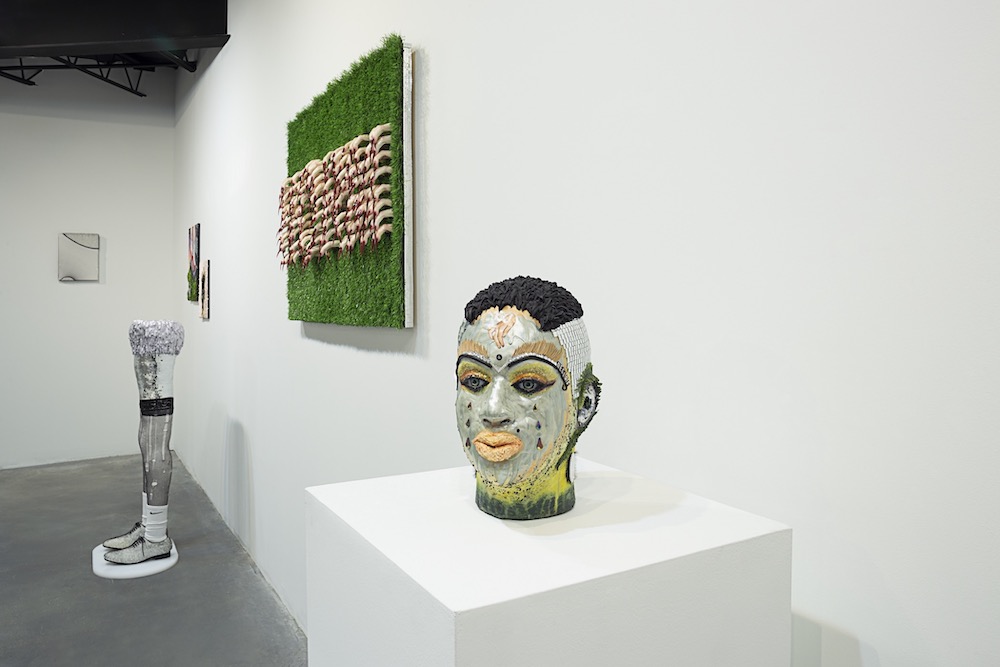 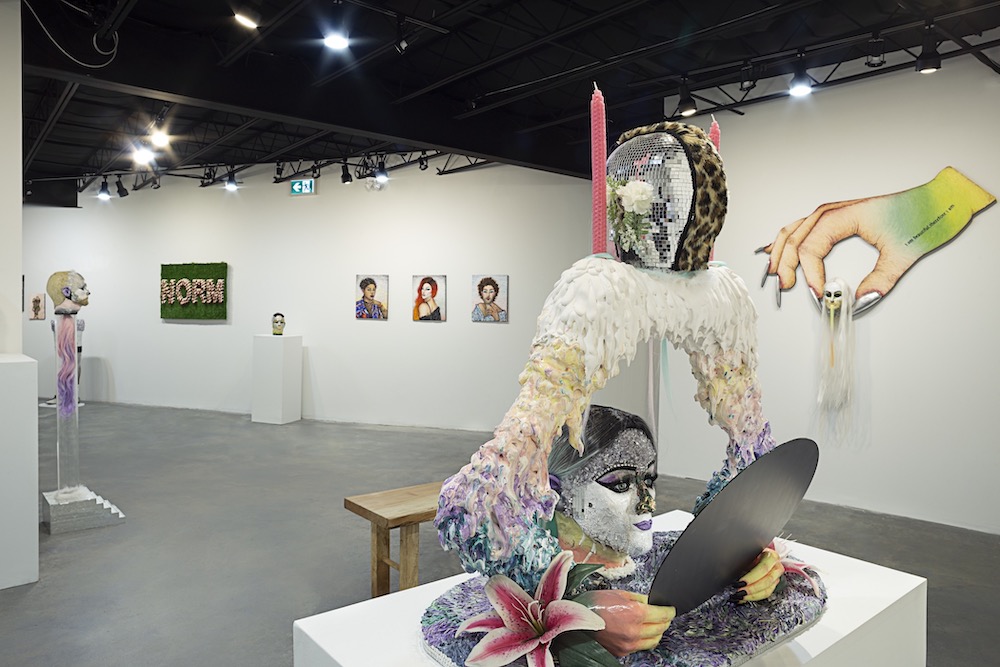 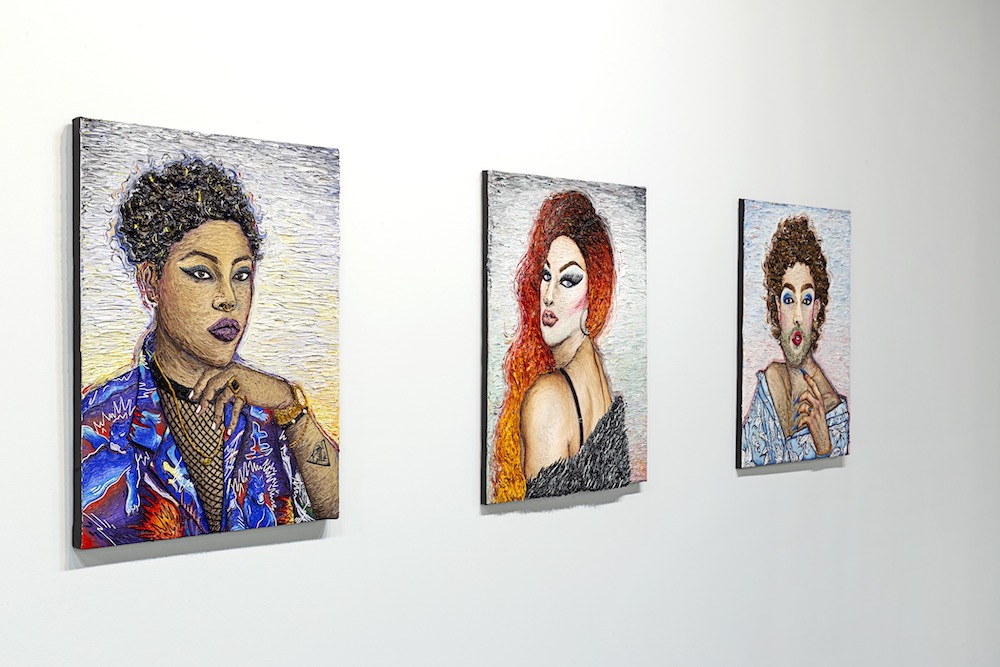 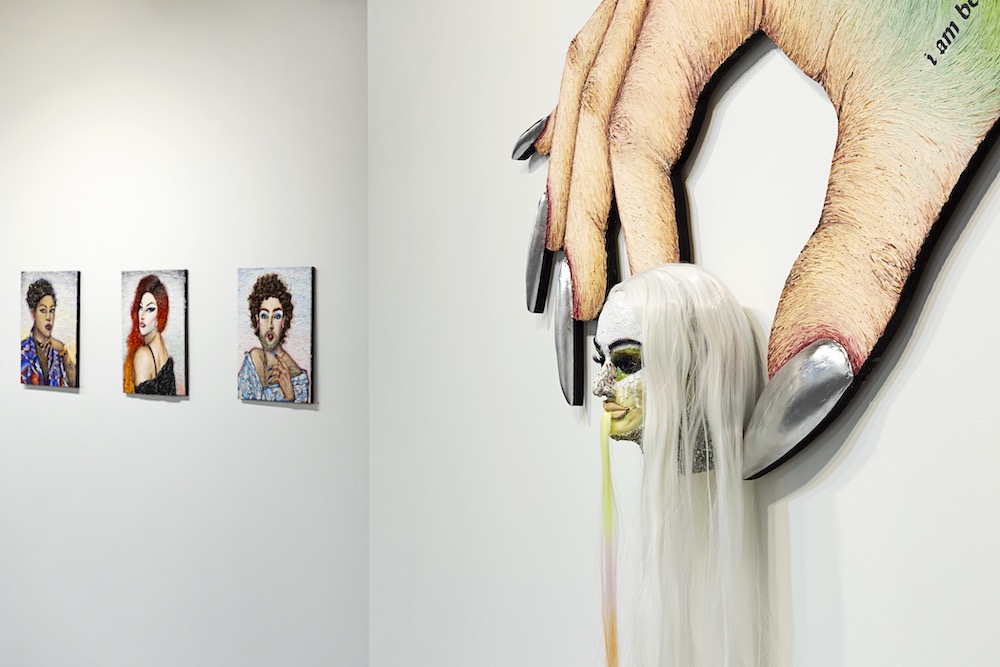 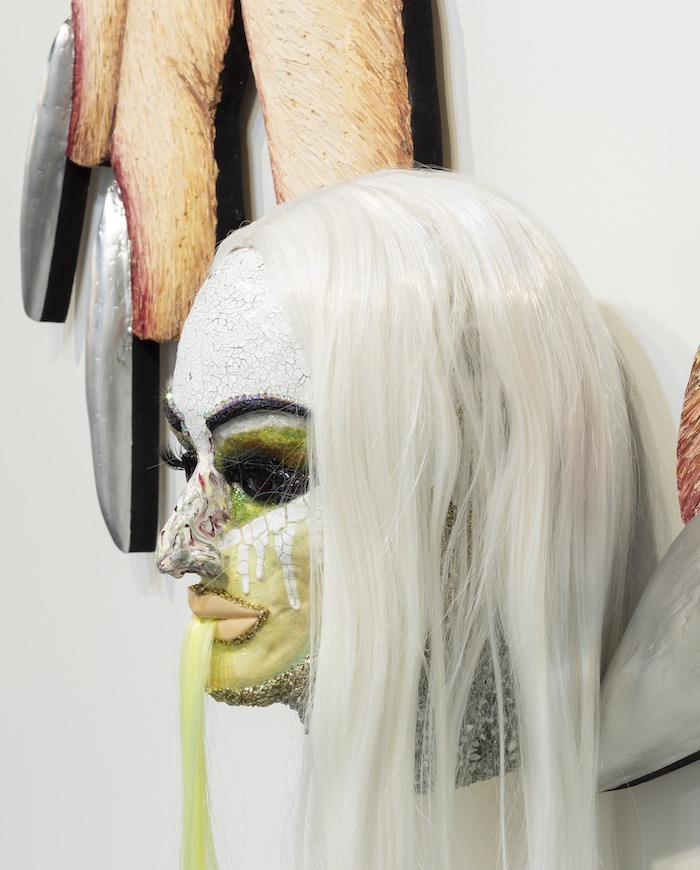 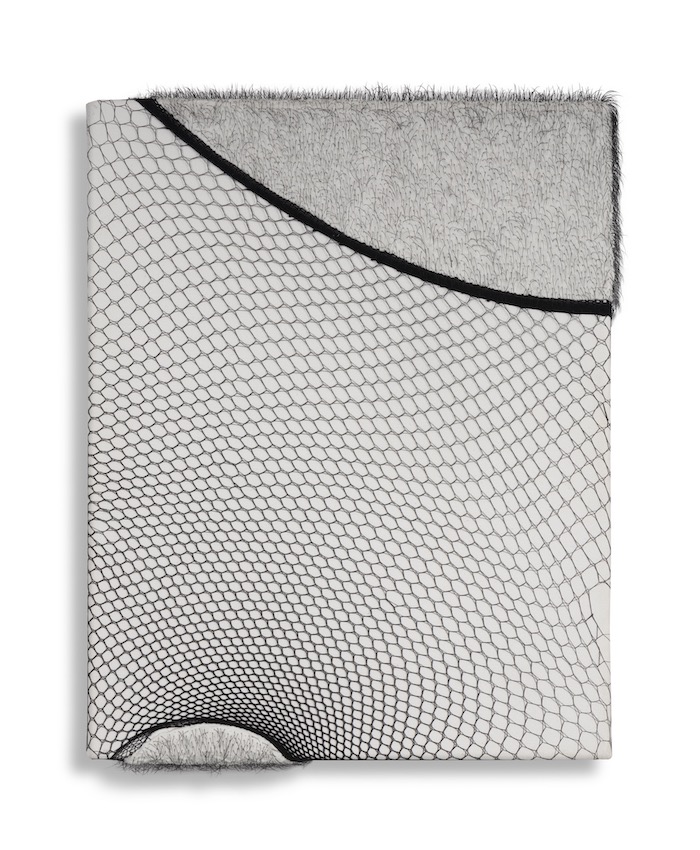 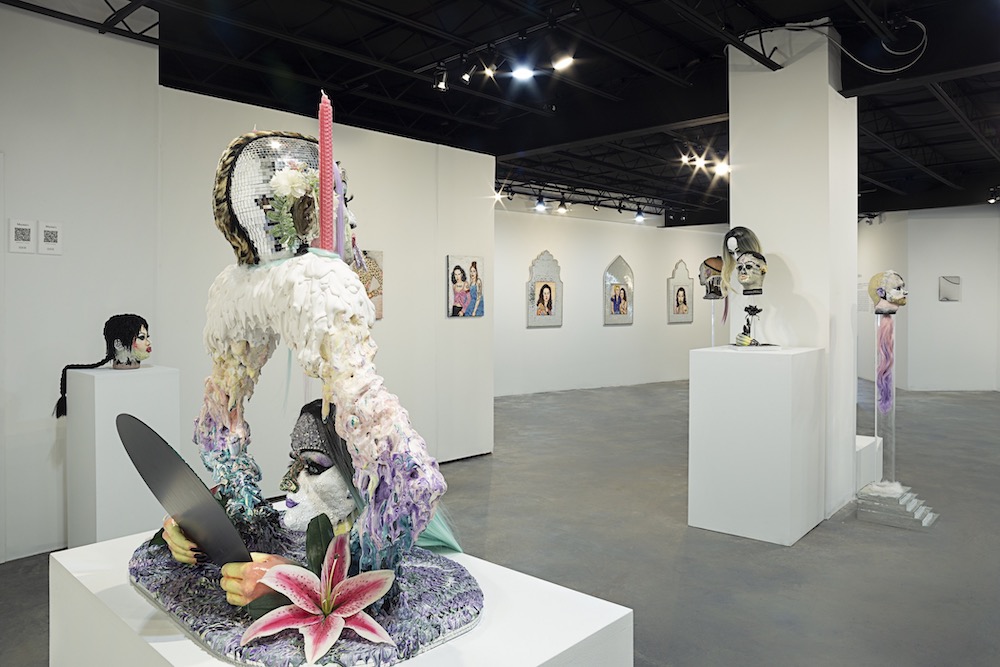 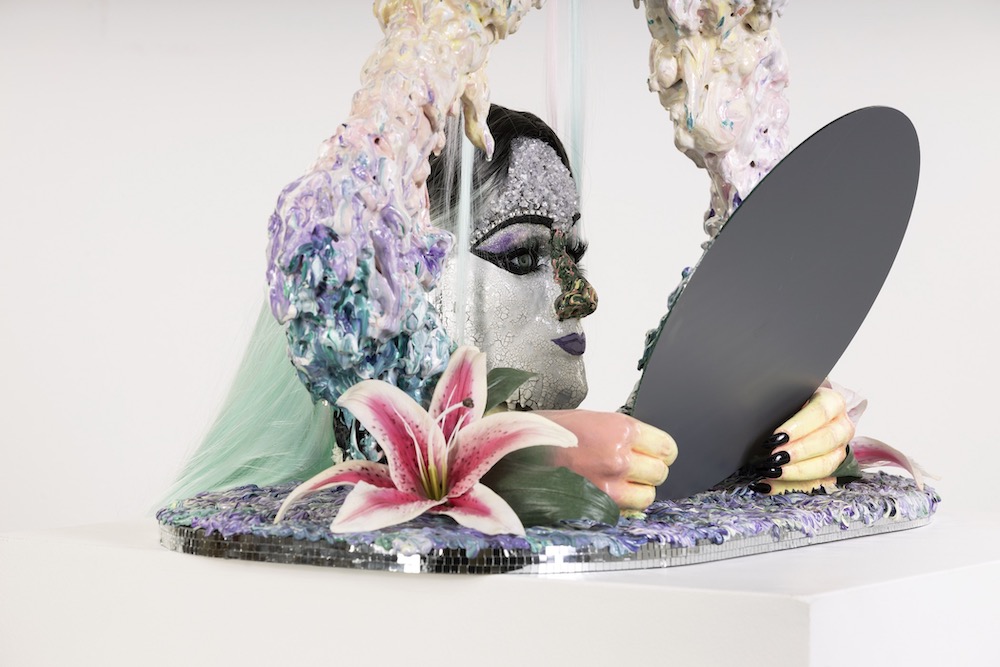 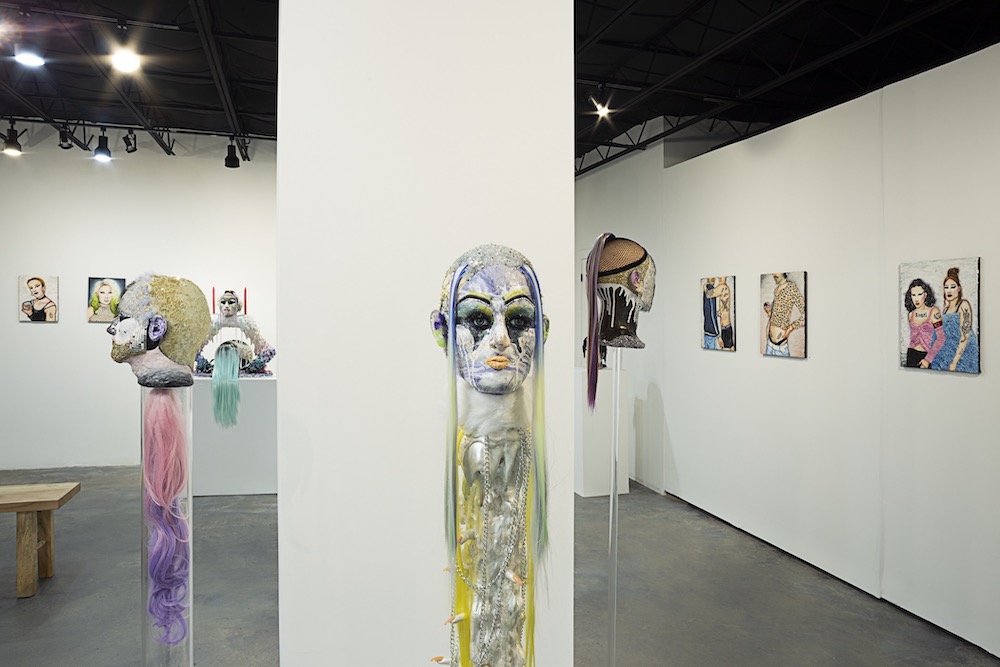 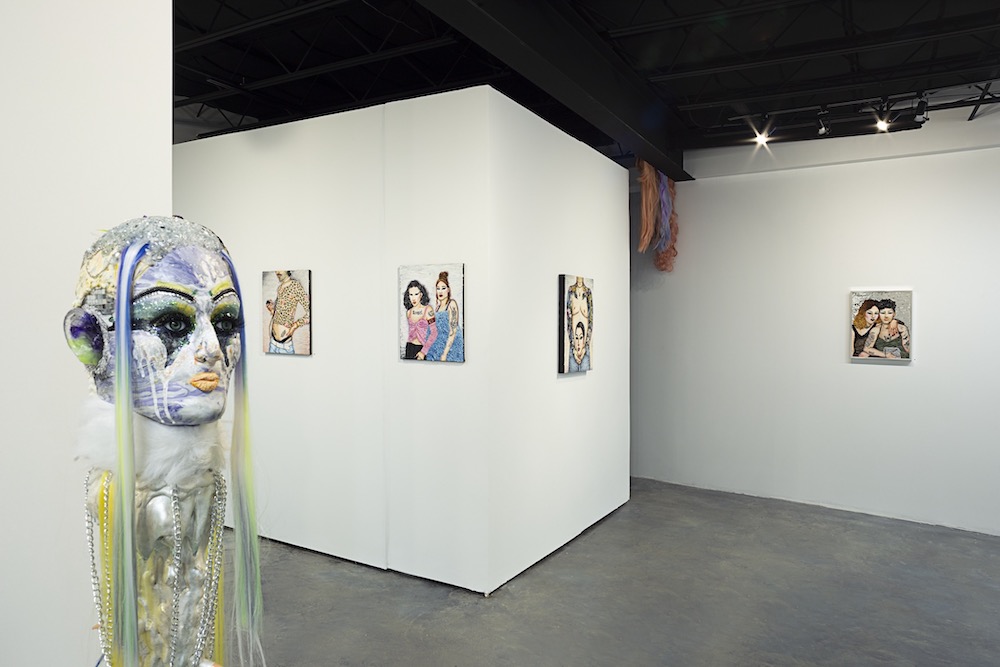 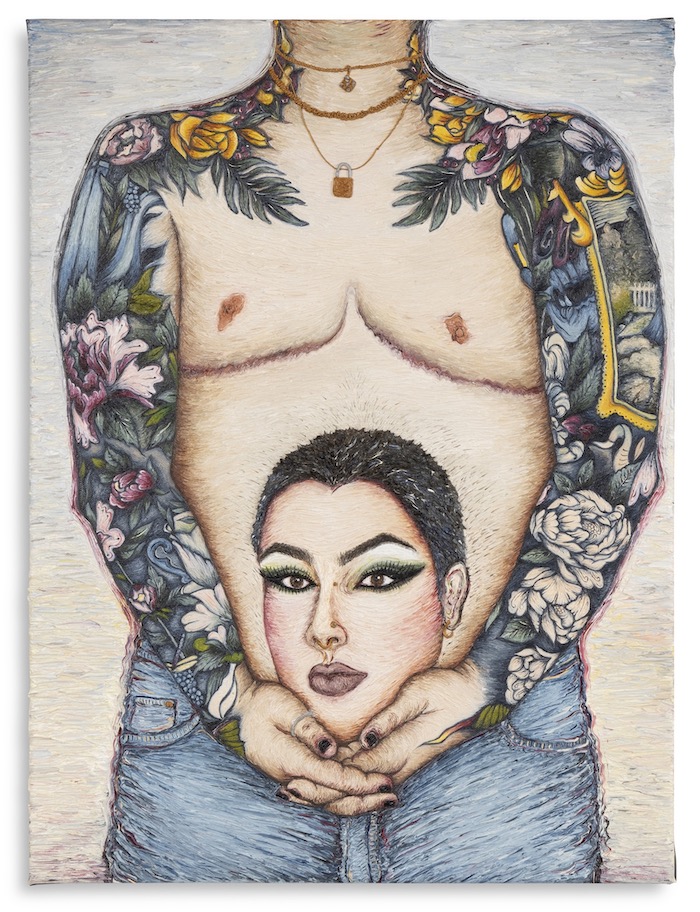 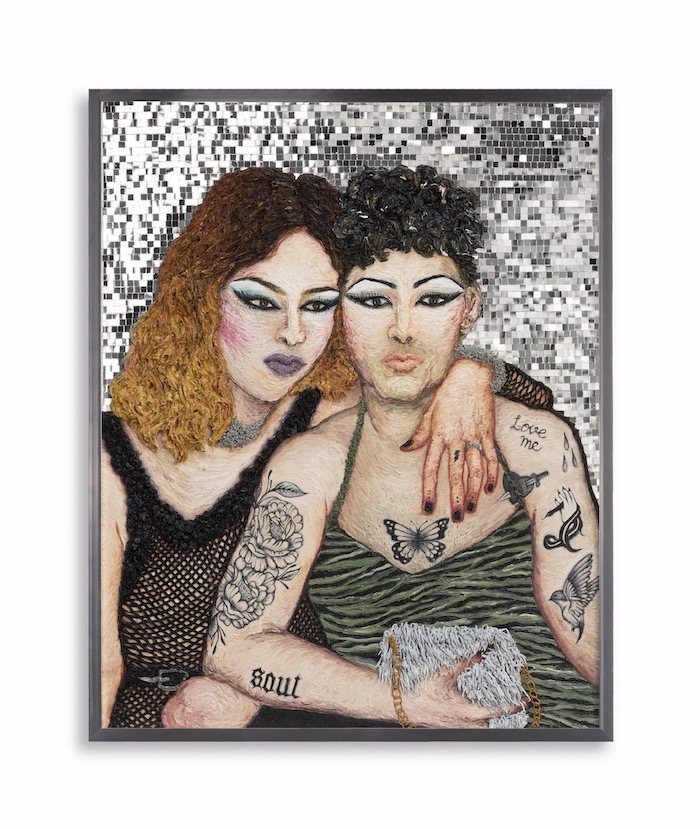 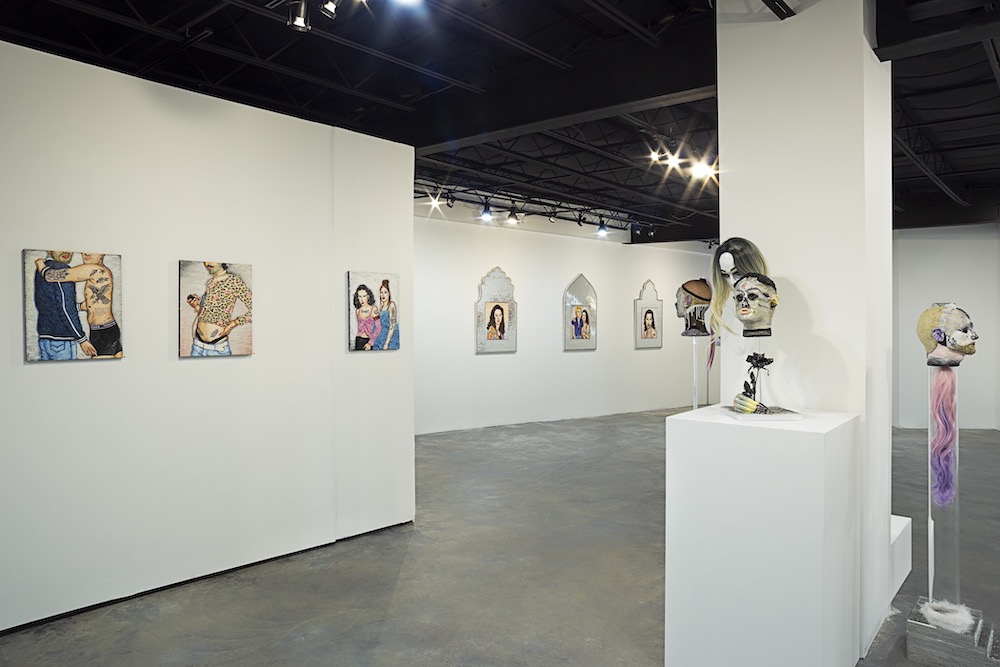 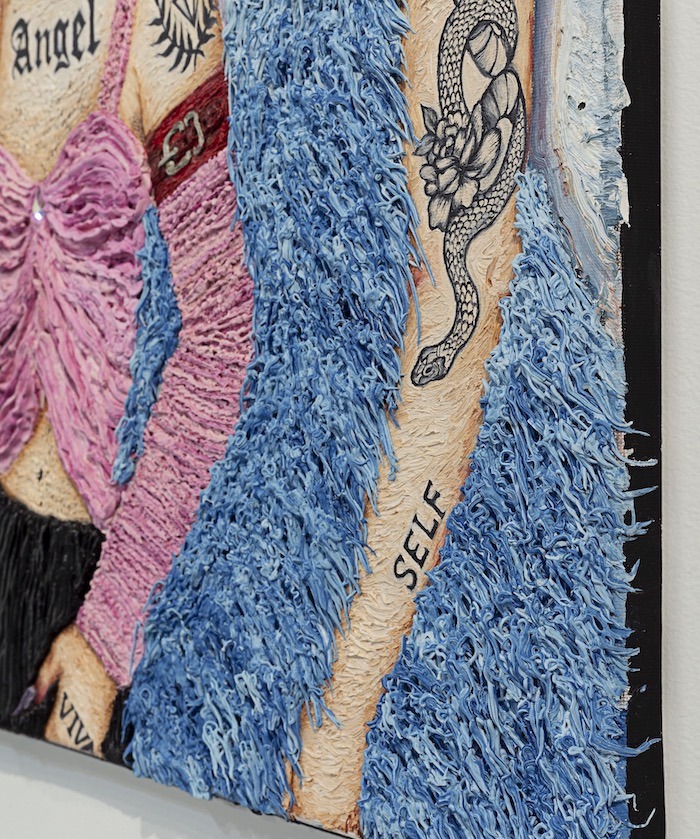 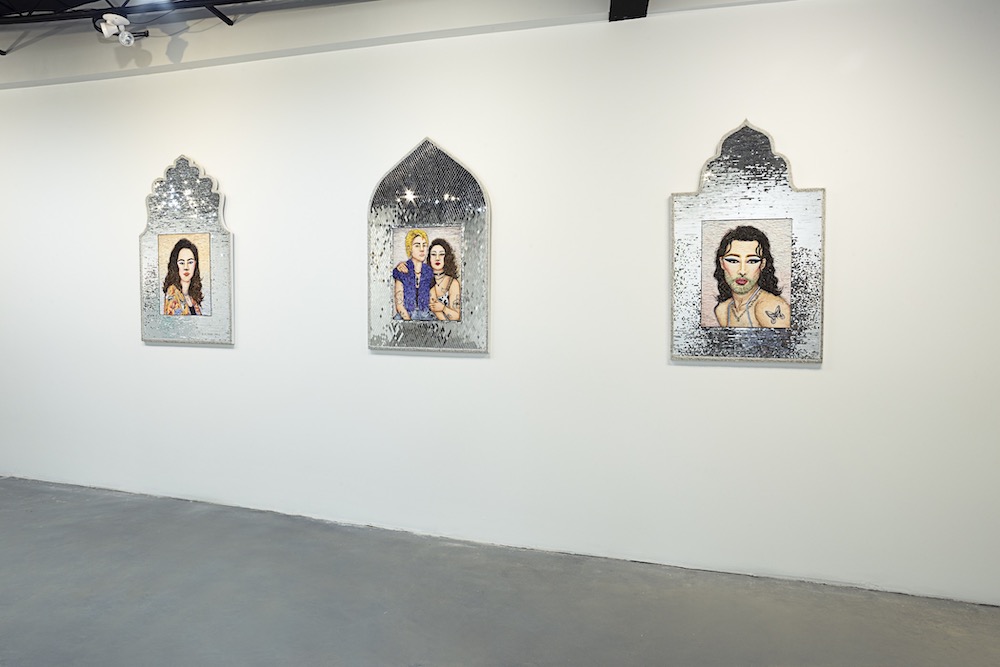 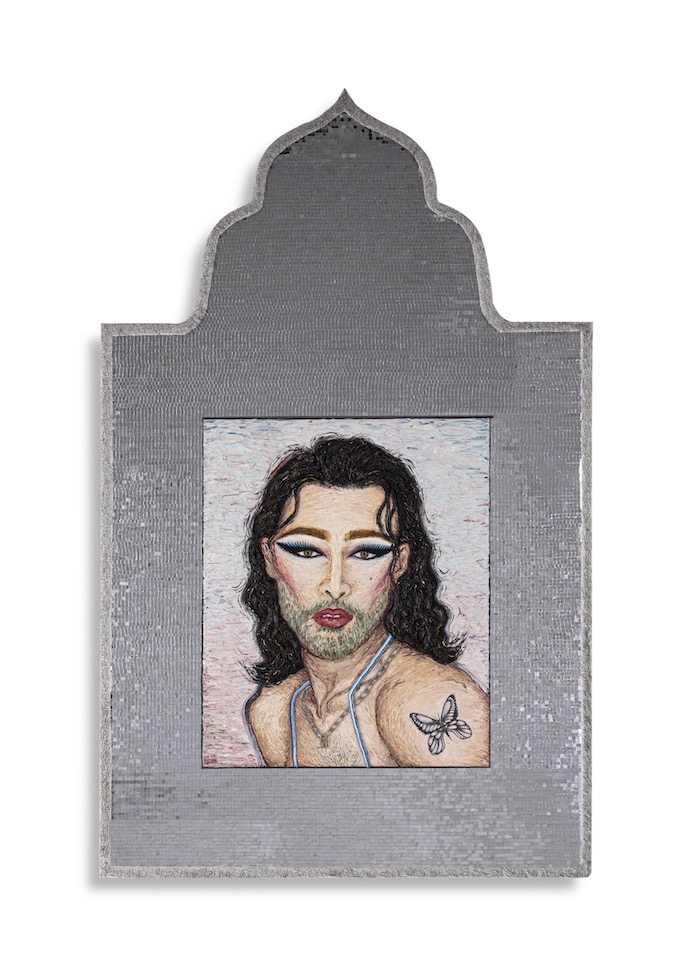 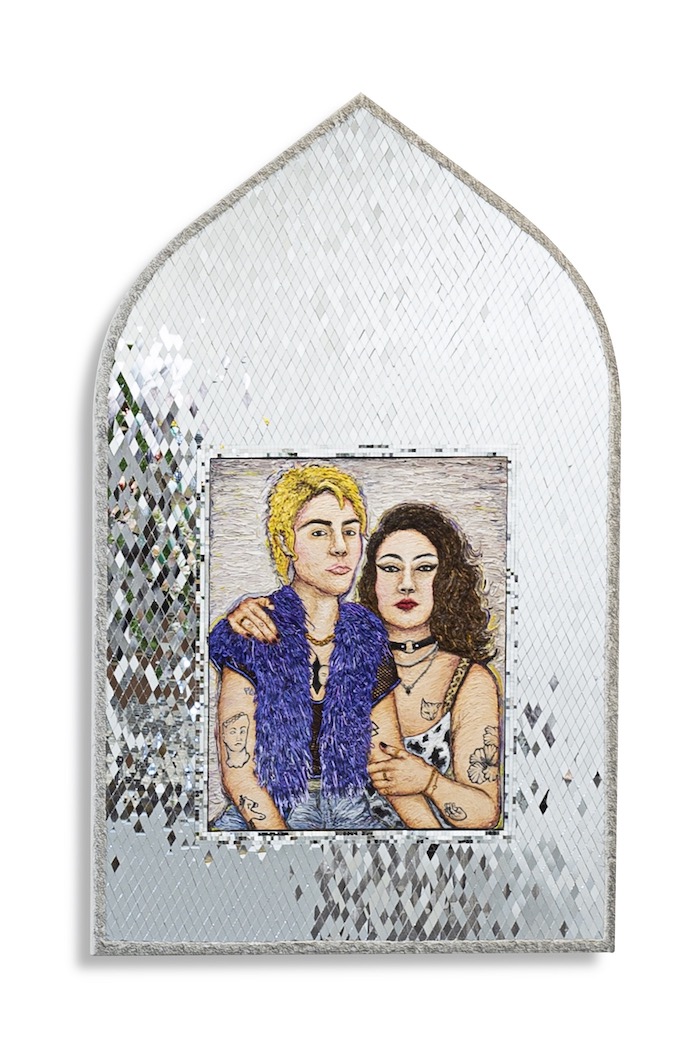 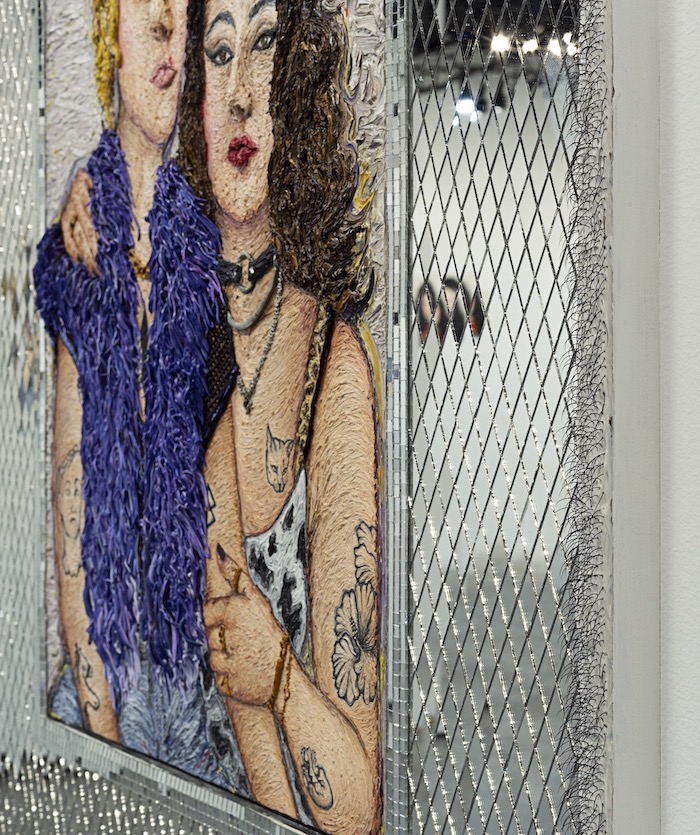 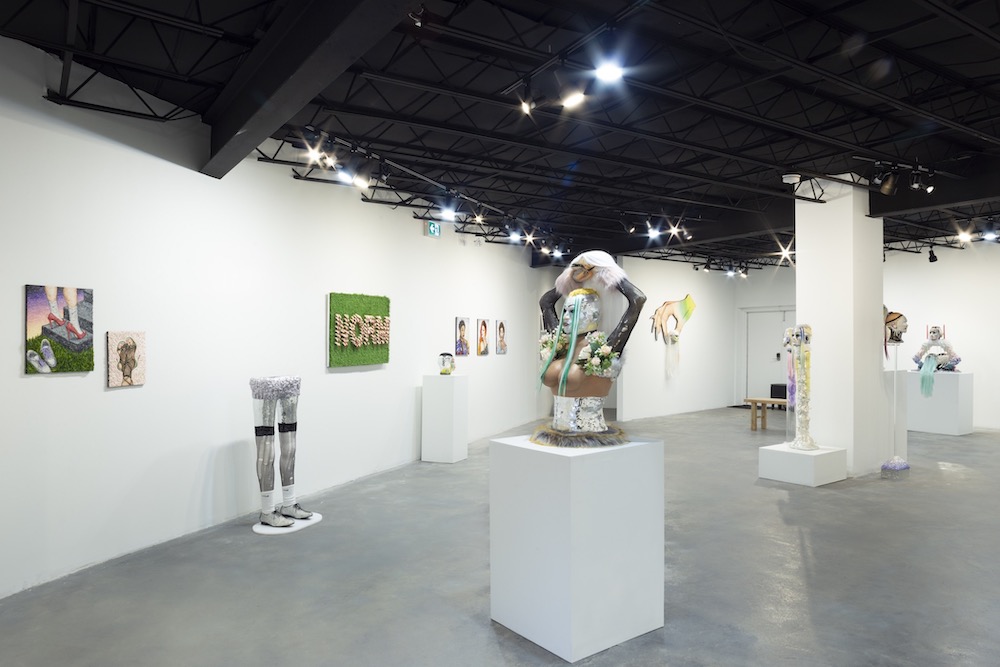 Long nails, muscly limbs, fishnet stockings, sport socks, body hair, wigs, makeup, and tattoos, are some of the reoccurring elements that permeate the body of work comprising Silent Stars, Mahsa Merci's solo show at Maytens Projects in Toronto. Hailing from Iran, a country in which she faced censorship and oppression as an artist and a queer woman, the Toronto-based artists has been focusing on the restrictiveness of social norms, especially for the LGBTQIA+ community and this exhibition presents the culmination of those efforts from the past two years.

Comprising a variety of works, from oil portraits over various scales of sculptures and mixed-media installations to video animation, Merci is interested in introducing the "different aspects of gender, identity, sexuality, and beauty that upend patriarchal norms through multimedia". Both by depicting subjects that don't fit social norms in certain cultures as well as underlining some of the arcytepal elements of their appearance, the exhibition is meant to open boundaries and promote acceptance and closeness. Framed in the silver mounts that references the traditional Islamic architecture, the portrayed sitters are meant to be more familiar, and common, and not be seen as the "others". Further on, the viewers are invited and permitted to touch exhibits in order to fully grasp their uniqueness, but even more so, get familiar with them. Therefore, the striking mix of beauty and macabre which permeates each piece and the presentation as a whole is there for the sake of reflection and acceptance, rather than the shock effect or spectacle.

This direct and personal way of introducing the work and the theme is purposely conceived in dramatic contrast to the cold and distant stream of sex and violence that is the Internet. Merci's muses, whether portrayed on paintings or represented in sculptural works, are appearing confident while directly facing the viewer and revealing the minute, often imperfect details of their unique appearances. The body hair, tattoos, accessories, makeup, all contribute to their exceptional personalities while luring the viewer to come closer and examine all the shapes, colors, and textures that construct them. Such elements, often contrasting and unflattering, emphasize the idea that identity is never just light and pretty, which is again in contrast with what's presented in the media, especially online. "From my point of view, the human face is the only part of the body that gives us the fundamental knowledge of a person, where the intent is to represent a specific human subject. I carefully craft visual clues to tell the story of the person in the artwork," Merci stated in an interview with Create magazine, and we see such approach culminating in the sculptural pieces of this exhibition. Demanding for a physical close-up examination, these multi-layered pieces are meant to create a fast bond and understanding with the artist’s figures and ultimately, the artist herself. —Sasha Bogojev