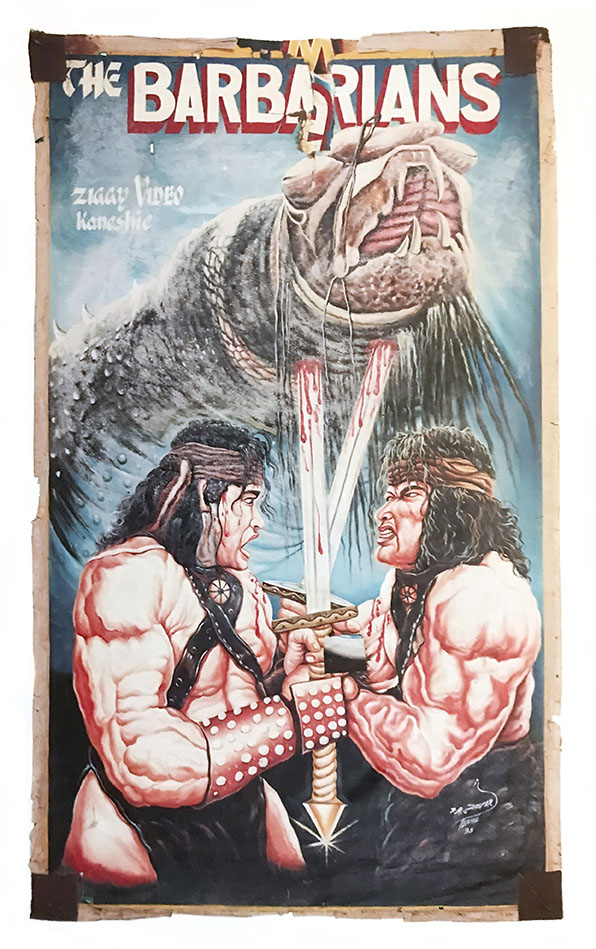 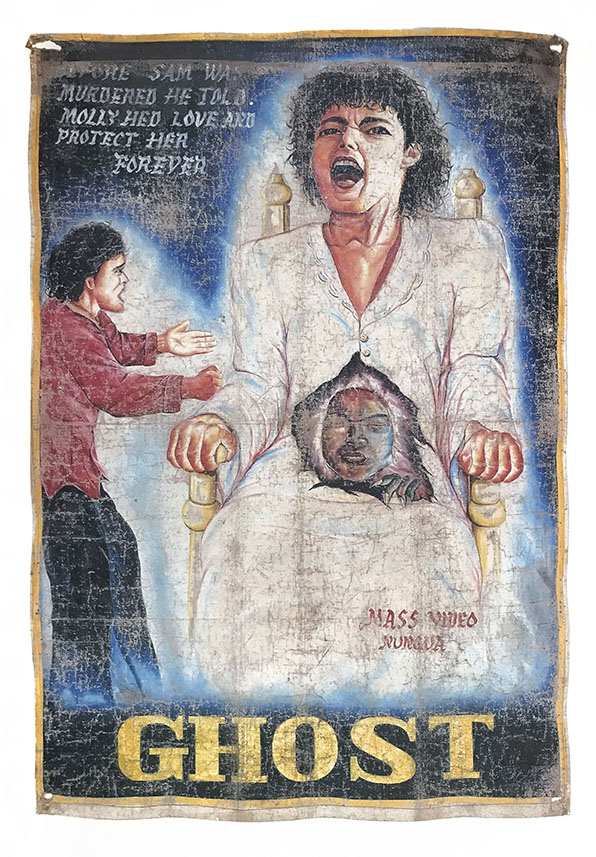 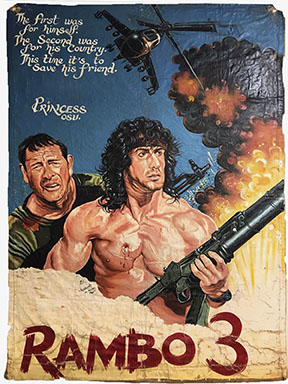 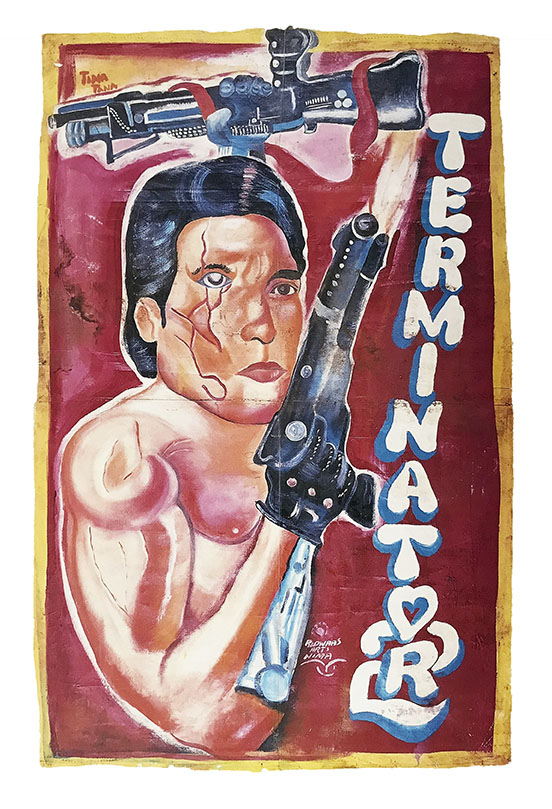 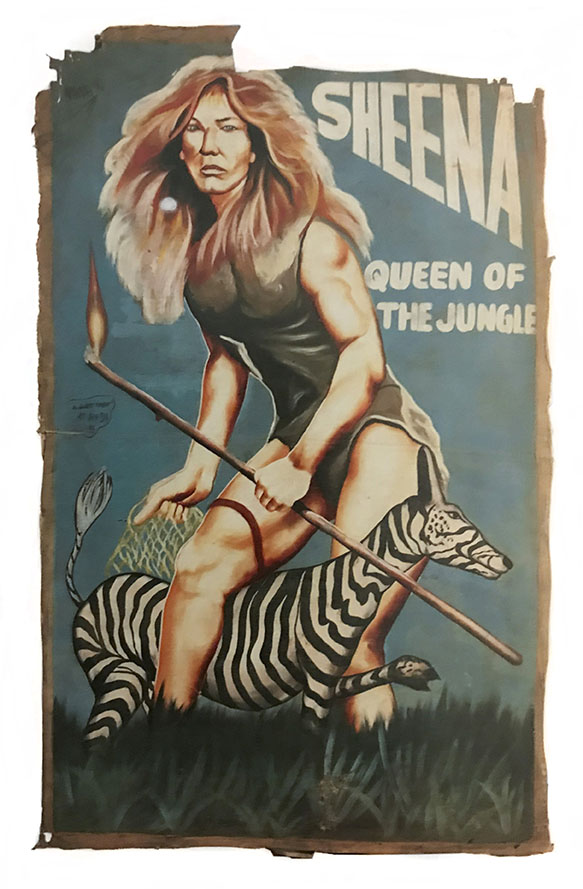 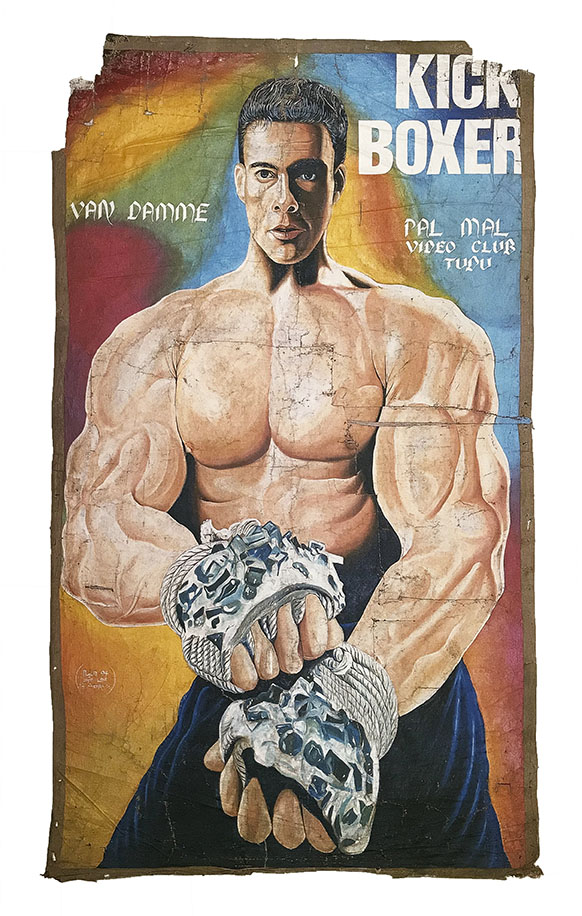 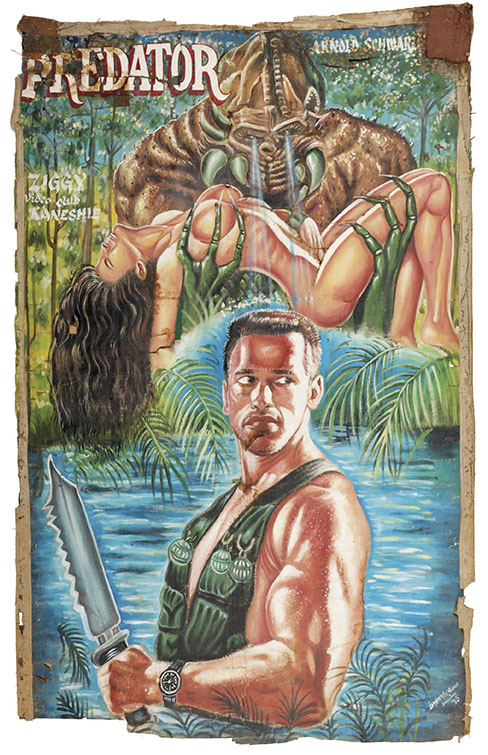 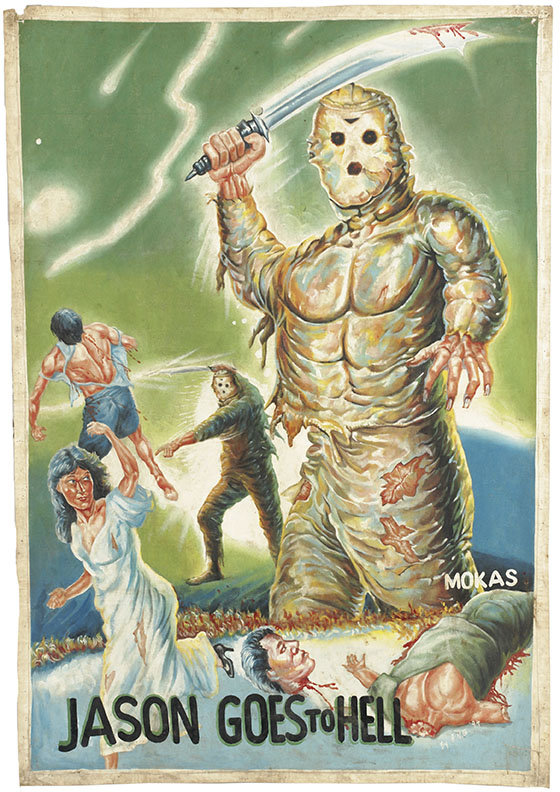 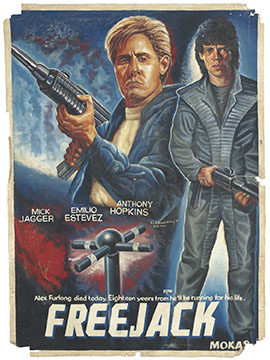 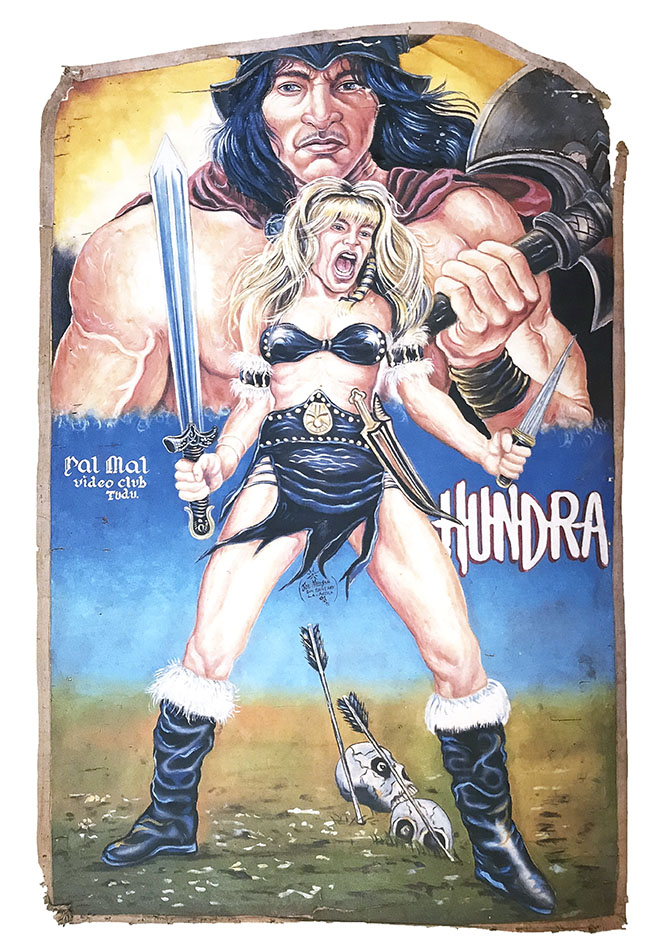 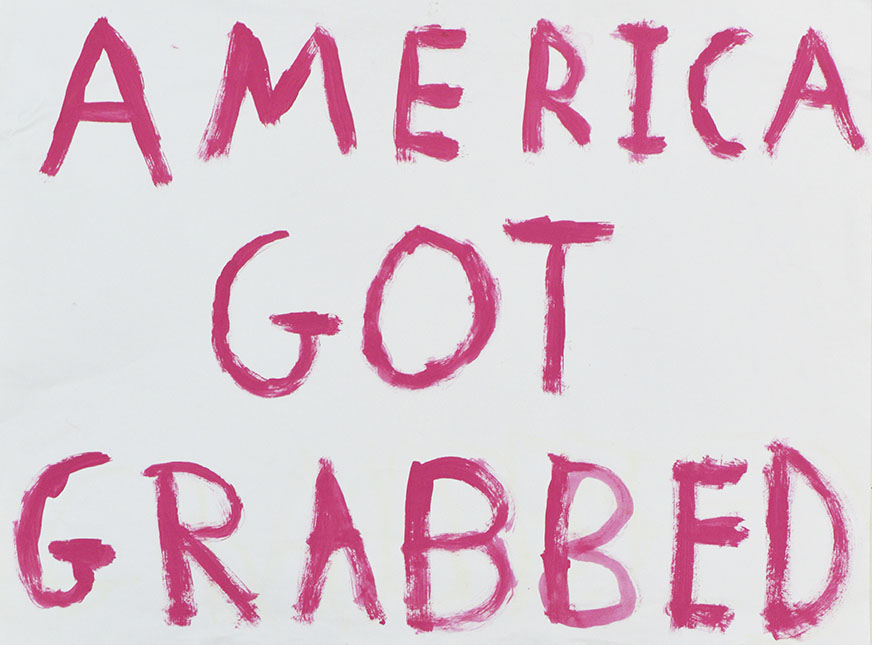 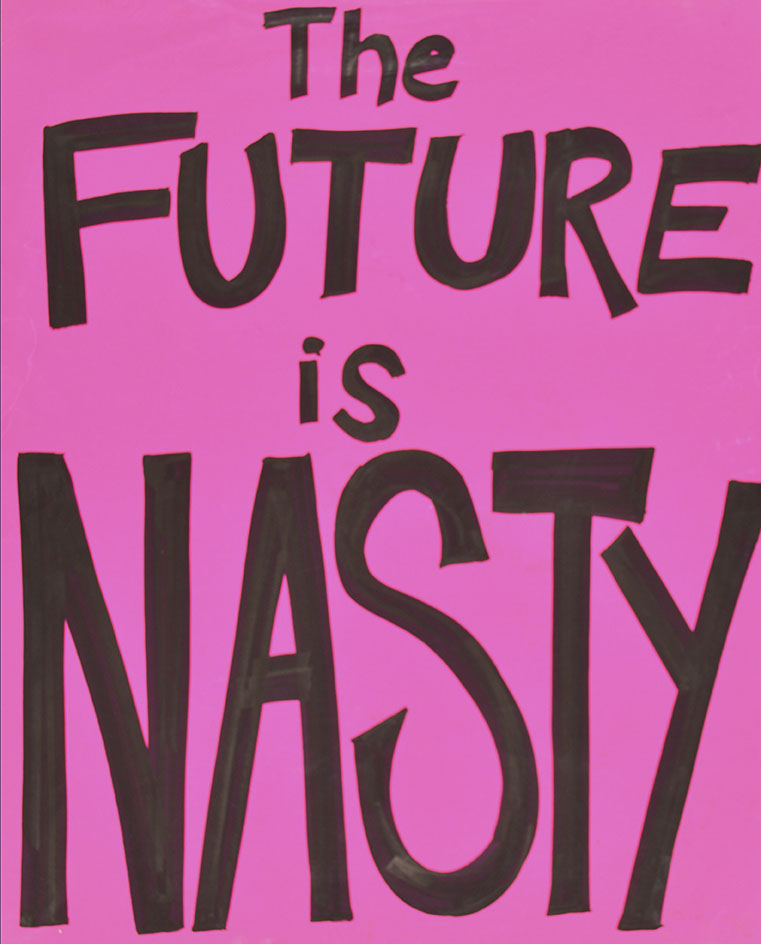 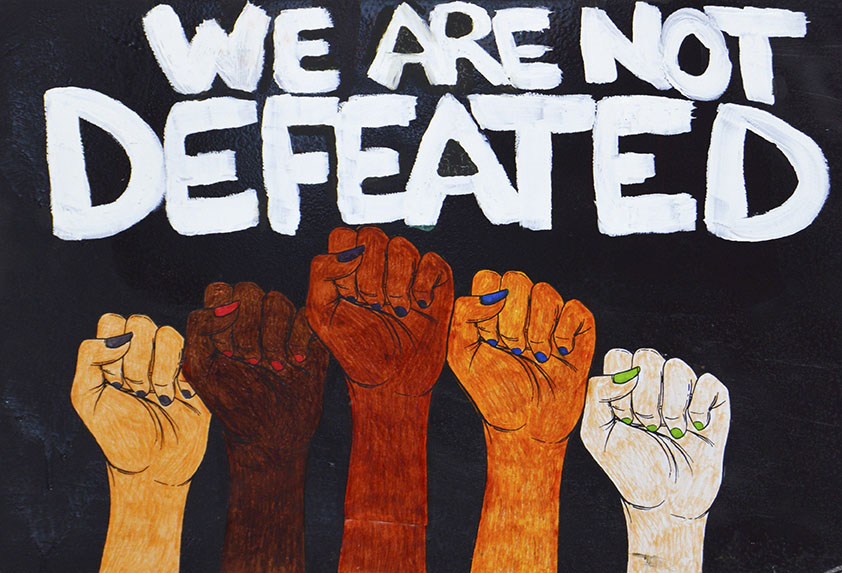 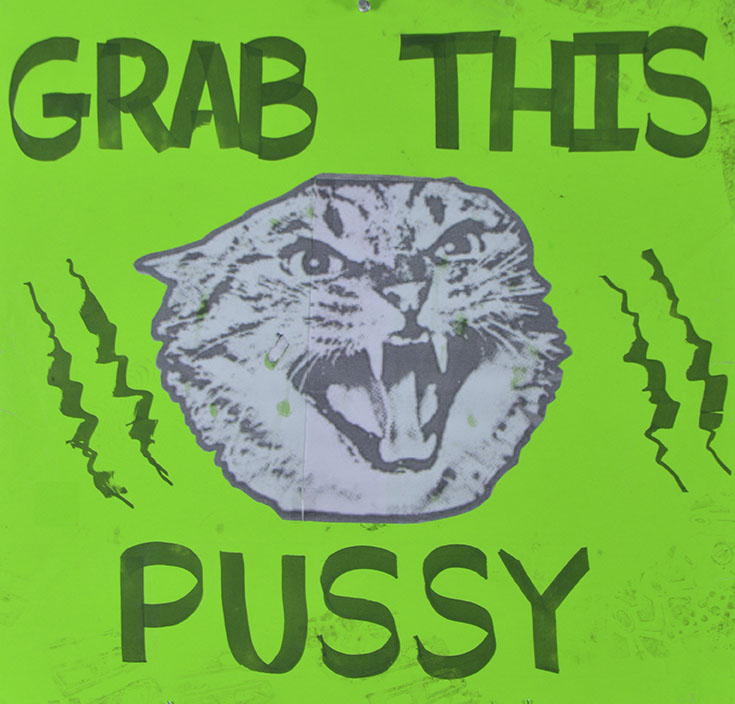 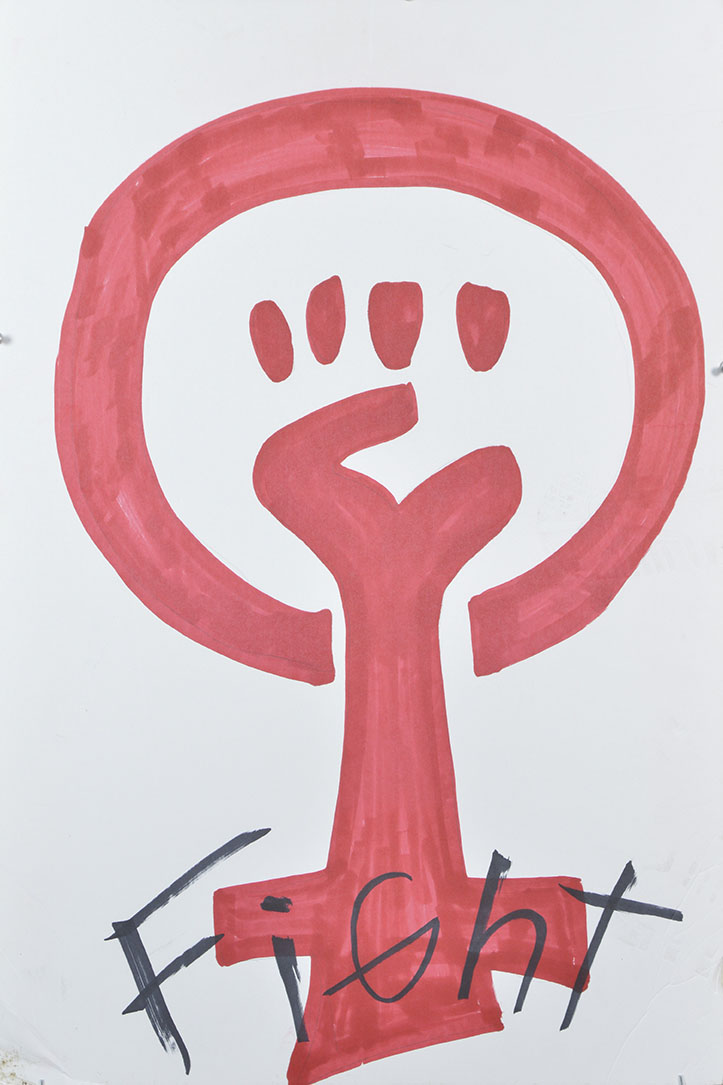 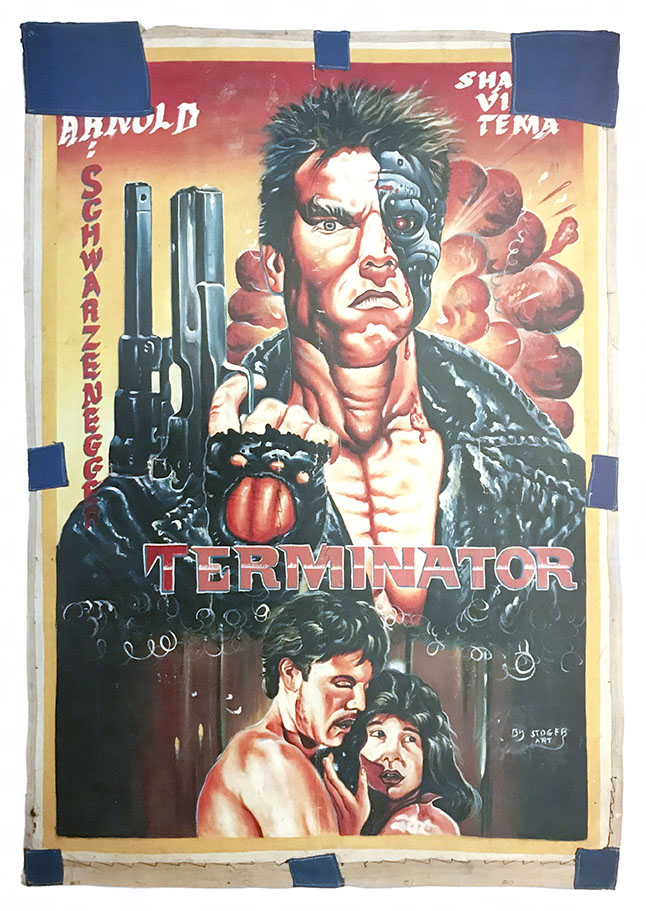 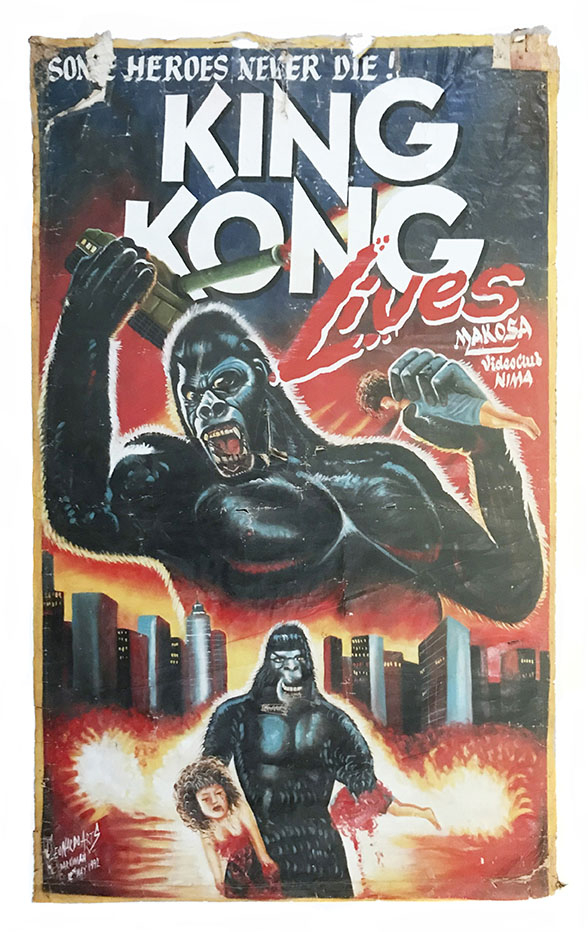 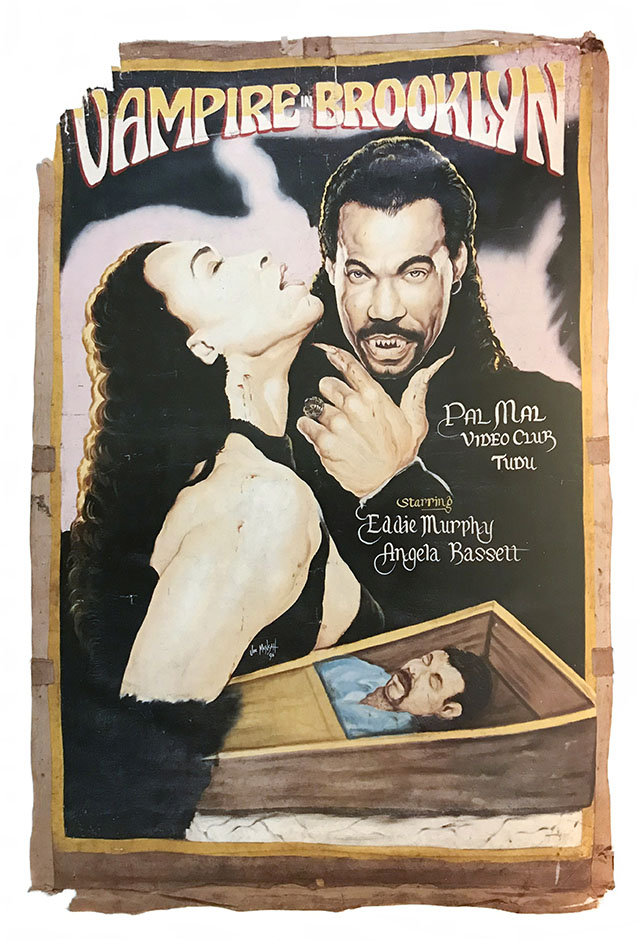 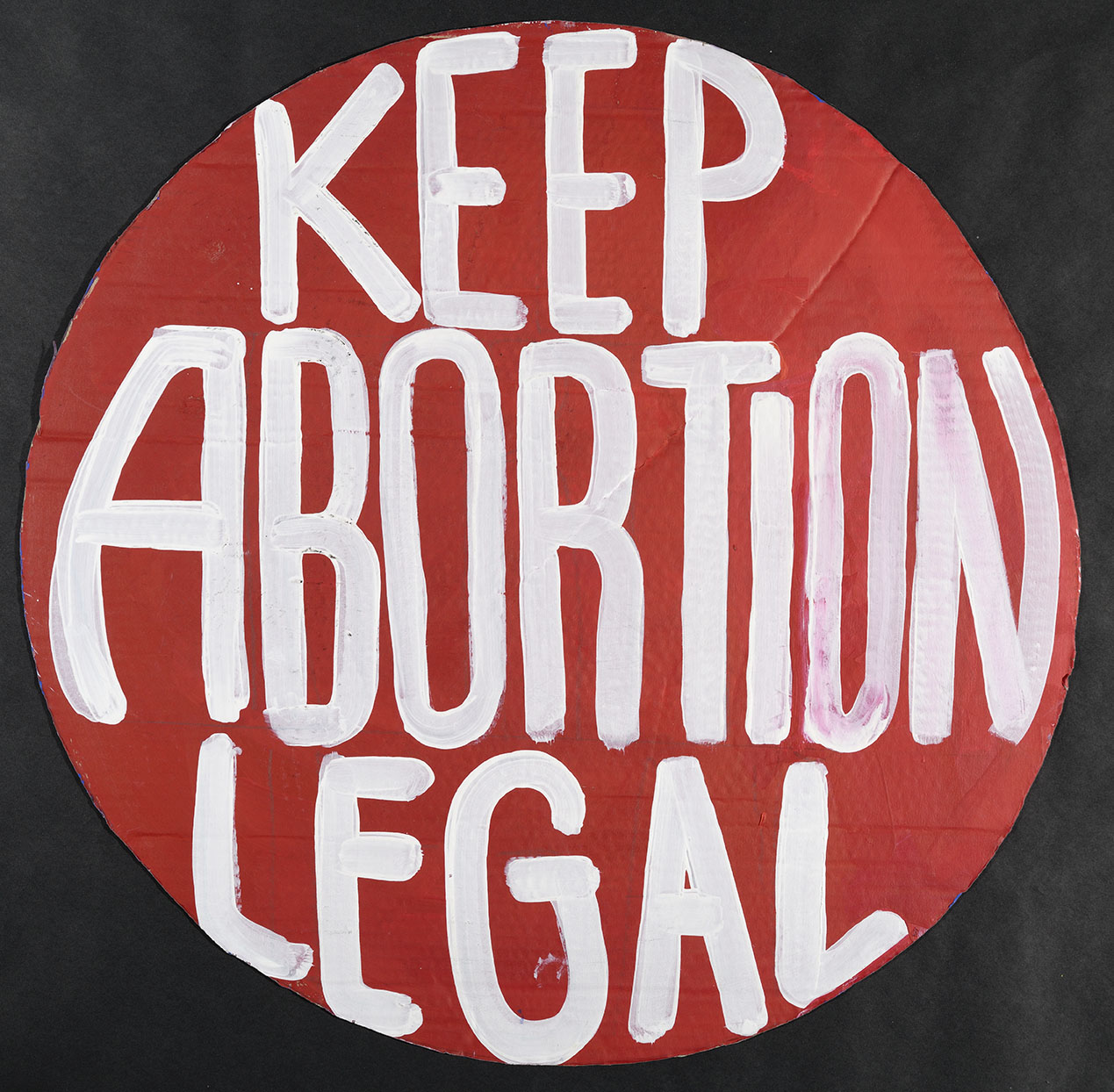 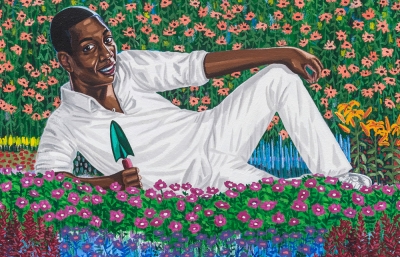 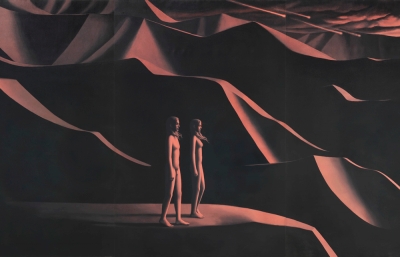 This fall, Poster House debuts two new exhibitions exploring persuasion at the intersections of power, consumption, ritual, and protest: Baptized by Beefcake: The Golden Age of Hand-Painted Movie Posters from Ghana and 20/20 Insight: Posters from the 2017 Women’s March. Both exhibitions will open on October 17, 2019–January 5, 2020.

Occupying the space's main first-floor galleries will be Baptized by Beefcake, a look at the fascinating industry of hand-painted movie posters that emerged in Ghana in the 1980s and ‘90s. In the face of economic turmoil, entrepreneurs developed an unregulated video distribution network, hosting traveling film screenings with VHS players and TV sets, run on gas-powered generators. The posters for each movie, primarily Hollywood action features and monster flicks, were hand-painted by local artists on cotton flour sacks and rolled up to travel the countryside. The locations for their screenings had also been used as open-air places of worship for decades, a resonance these promoters embraced.

Baptized by Beefcake presents the work of 22 artists whose posters tell the story of how Western movies not only became symbols of modernity, but also vehicles for religious experience. Each artist’s signature style reflects Ghana’s rich tradition of painting, as well as the influence of Western commercial graphics portrayed on VHS and PAL box covers. The eye-catching, sometimes shocking graphics reference a hybrid of indigenous and Pentecostal symbology, where Rambo and the Terminator become messengers of moral ideologies in a larger-than-life mashup of pop culture and religion. By the turn of the century, tourists began taking notice of these extravagant posters and a new market, capitalizing on this interest and intended not for local audiences but for export, began to flood the market. Occupying the full upstairs gallery space, the 40 posters on view predate that shift, representing the golden age of this rich and fascinating tradition.

The downstairs gallery will likewise feature a collection of handmade posters that speak to a particularly dynamic cultural moment with 20/20 INSIGHT, which features some 220 posters from the 2017 Women’s March, the largest protest in American history. The protesters made posters addressing issues of immigration, environmentalism, and civil rights that tapped into an apprehension about the future of democracy in the United States and, in particular, the treatment of women. The March is a highwater mark of participation in recent memory, but it followed in a long tradition of protests and persistent action in the quest for equal rights.

Equally enduring are the graphics and poster images that have carried through generations of marches, rallies, and grassroots action. Today’s demonstrators arm themselves with symbols from poster history, borrowing the power of their ideology while crafting new meaning. 20/20 Insight looks at the 2017 Women’s March within this larger context, featuring imagery from the history of protest actions past along original posters from 2017, not only exploring what has come before but encouraging participation in the future of this democracy.