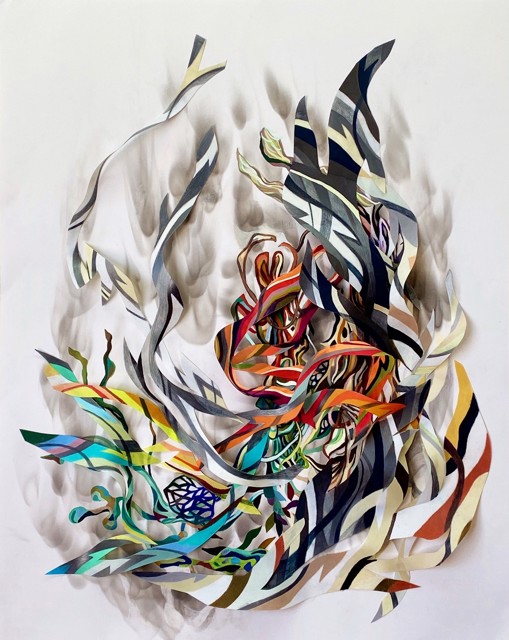 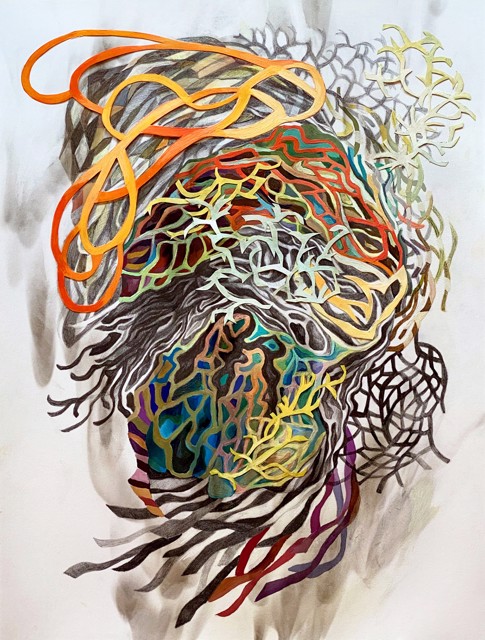 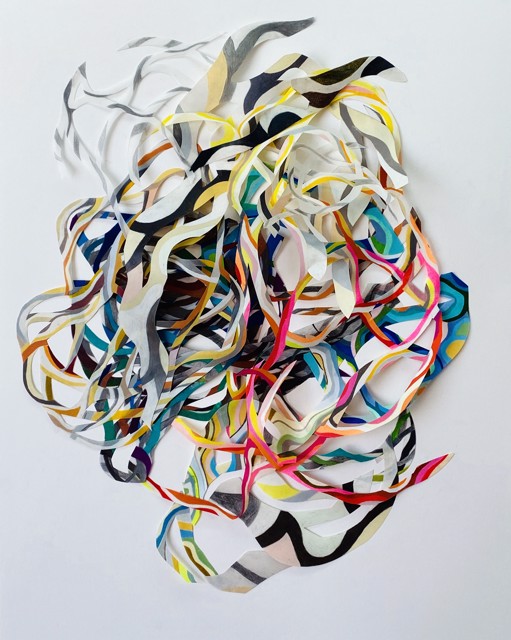 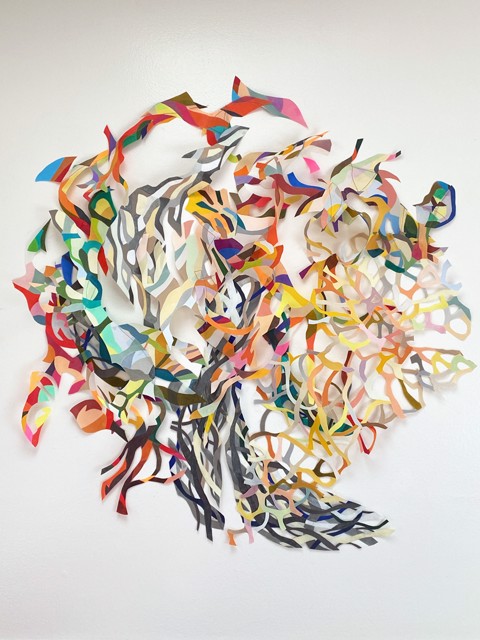 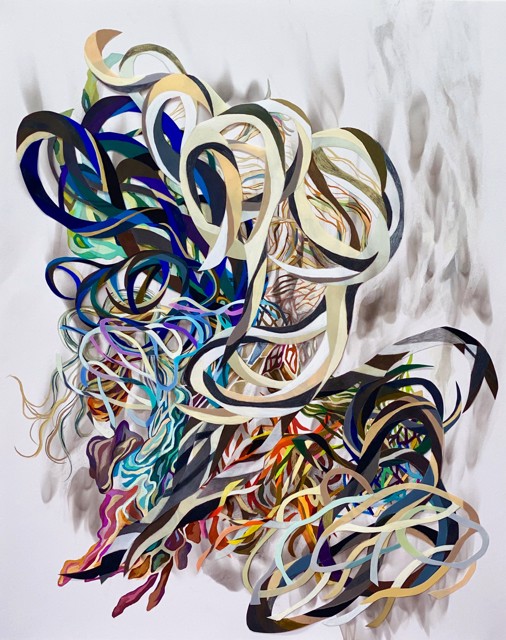 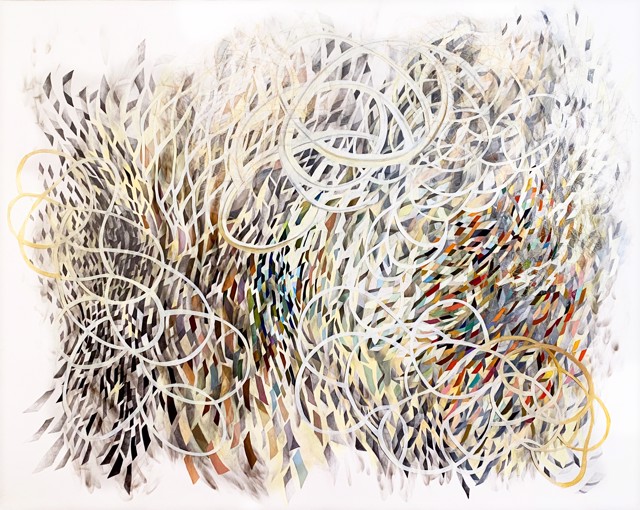 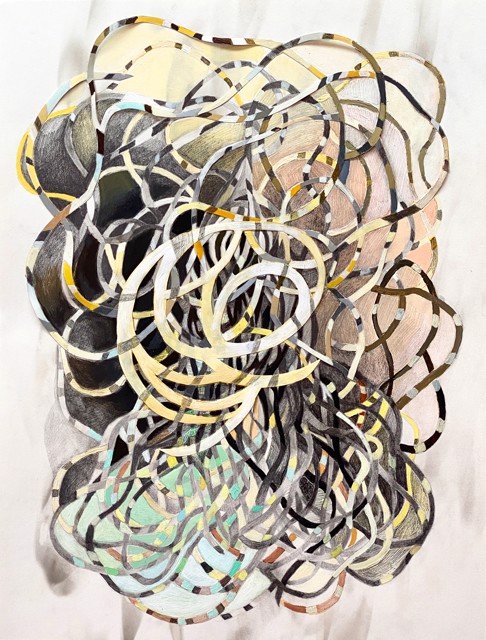 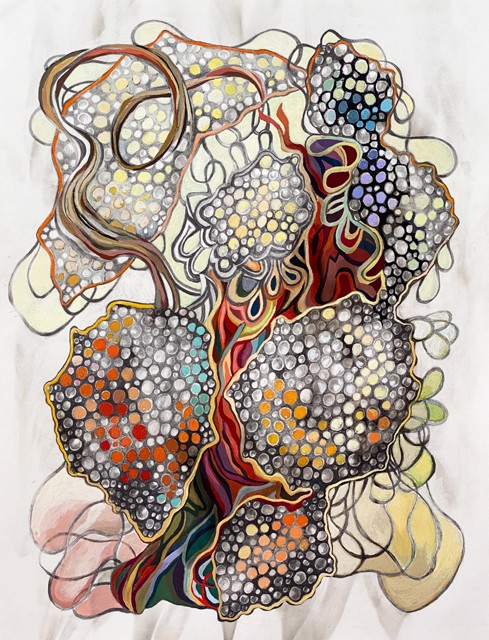 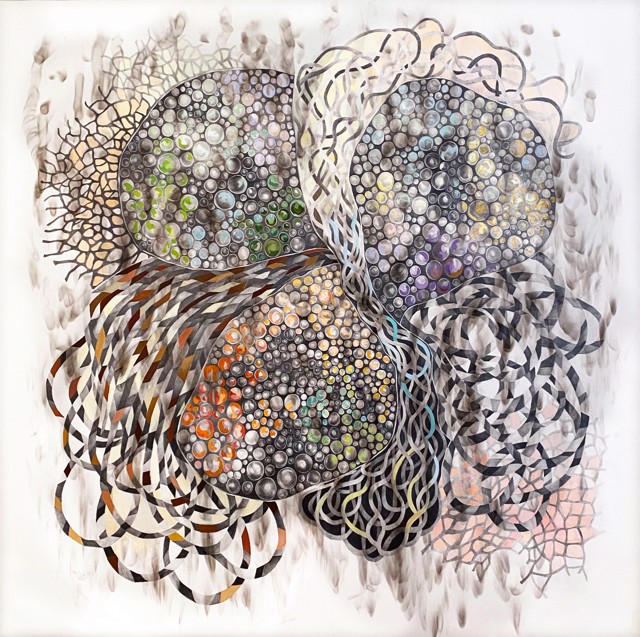 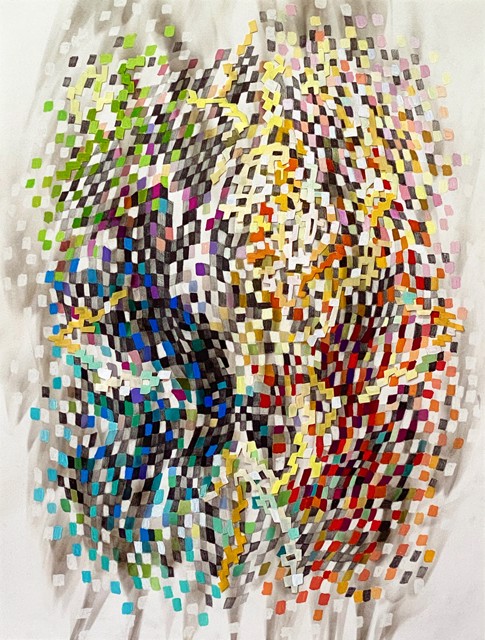 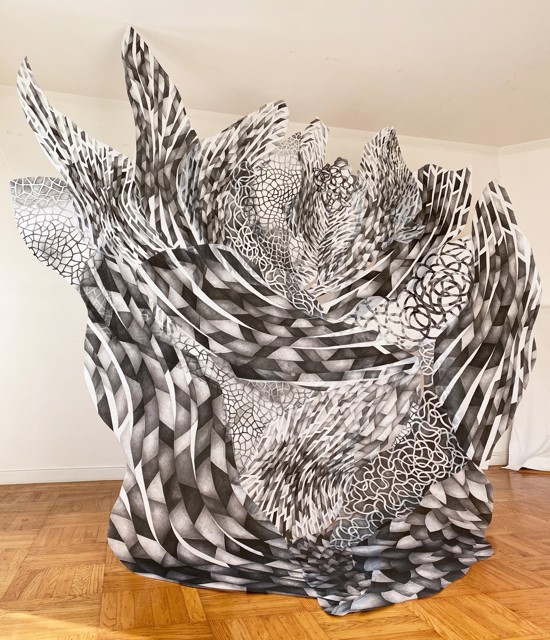 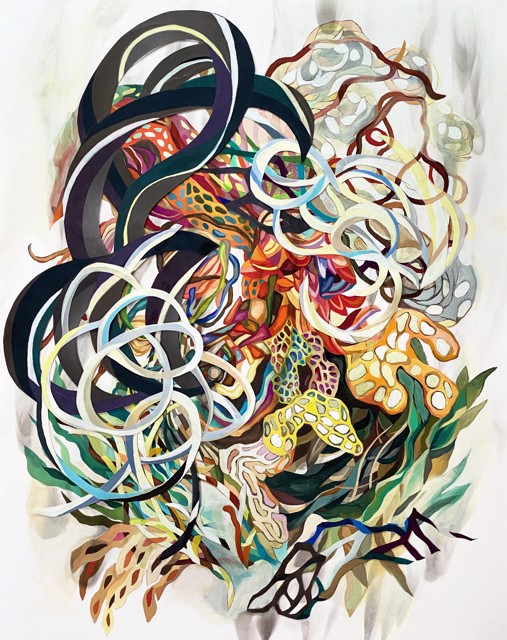 SLATE contemporary is pleased to announce the opening of Phoenix, a solo exhibition of mixed media work by artist Holly Wong that will be on display at the Oakland gallery from April 1 through May 31, 2021. An opening artist’s talk via Zoom is planned for Thursday, April 1, 2021, at 5:00 pm PST.

This is the first solo show of Wong’s works in the San Francisco Bay Area and her first exhibition at SLATE contemporary, since she joined the gallery in the summer of 2020. All of the works featured in the exhibition were created during the shelter-in-place order over the past year and, so, reflect her spiritual and visual responses to the pandemic, social injustice, and her desire for personal and social transformation. The display will present a wide variety of expressive modes, including a large-scale drawing-based installation titled Phoenix, to which this show is dedicated, as well as a series of more intimate works on paper, larger scale paintings on paper, and assemblages.

Holly Wong earned her MFA in New Genres from the San Francisco Art Institute, and her studio practice can be most readily described as interdisciplinary. Though drawing-based, she utilizes line, shape, and pattern as a jumping off point to create immersive environments. In the case of her sculptural installations, the immersion is quite literal, as they may fill a room or be large enough for viewers to move around inside of them. With Wong’s smaller-scale two-dimensional works, the worlds she creates are on an almost microcosmic scale, made by layering intricate line work, textures, and patterning.

Although Wong’s work is abstract, it is inspired by Buddhism, Greek mythology, and the universal power of myth. She is attracted to feminine archetypes from ancient cultures, which she finds empowering, particularly as she copes with the personal, social, biological, and political challenges of the present day. In her work, she shared both her struggle, as well as her call for hope and rebirth.