Phlegm Builds His "Mausoleum of Giants" In Sheffield, England 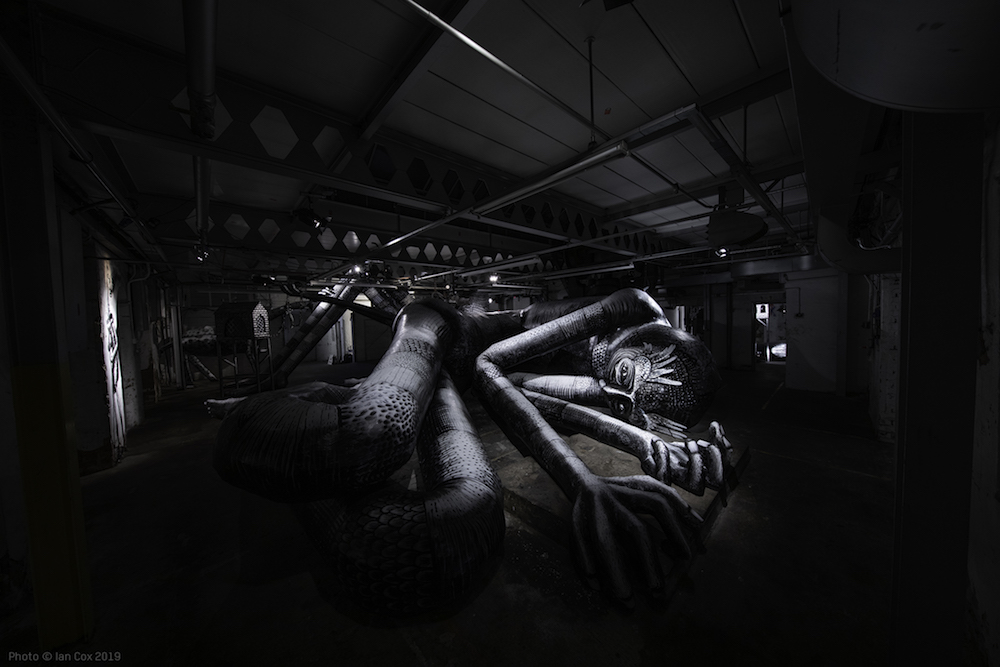 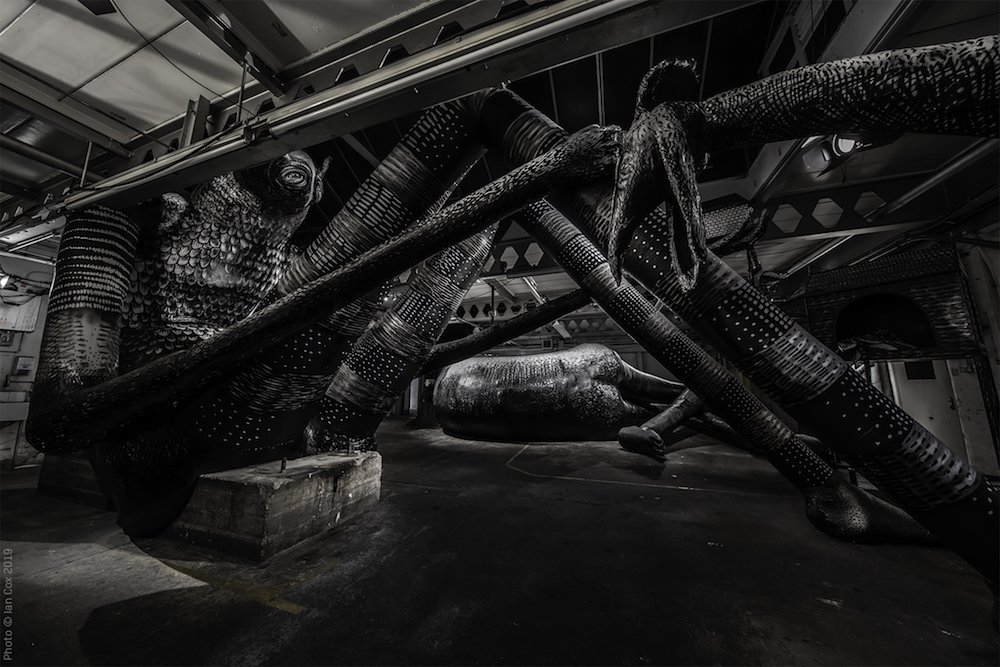 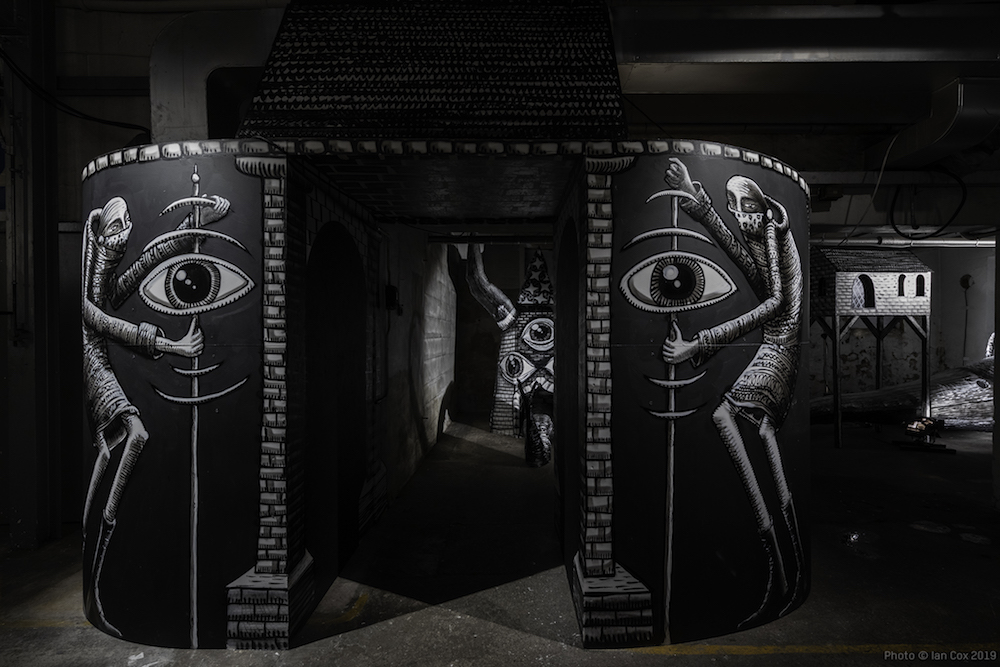 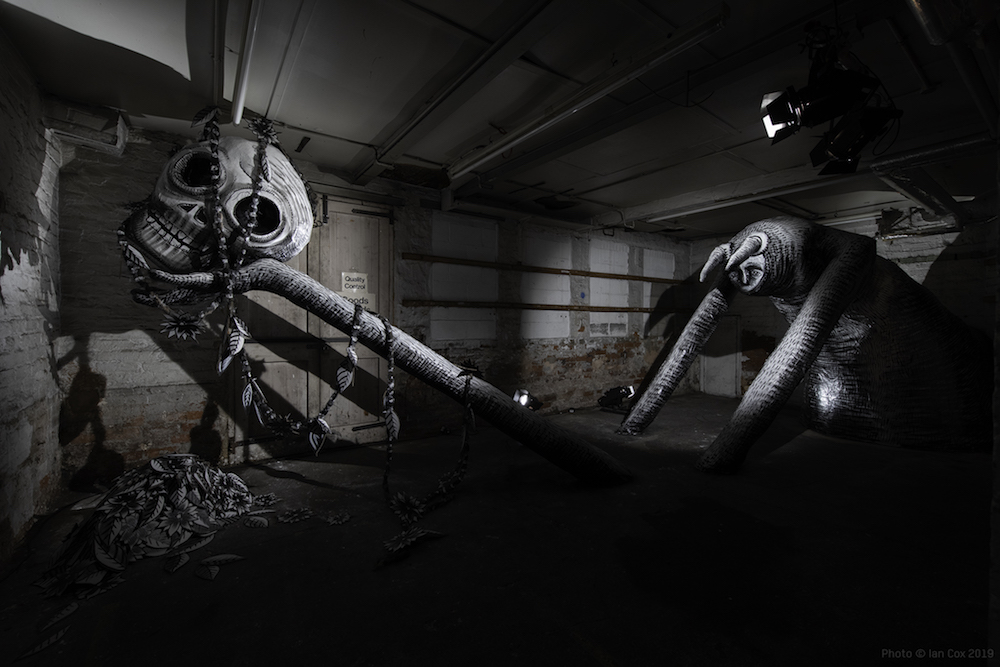 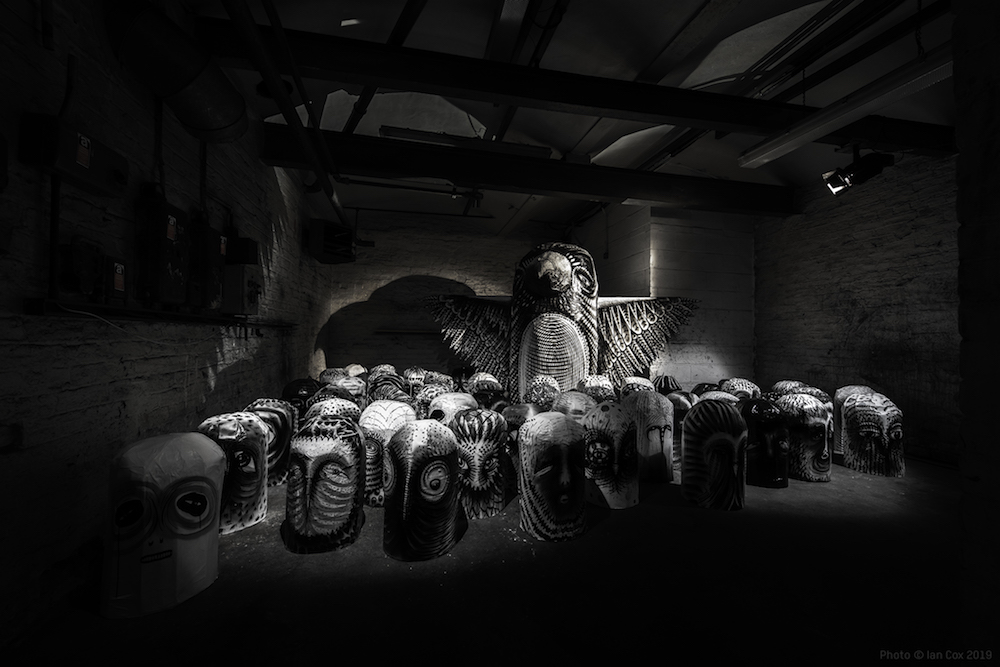 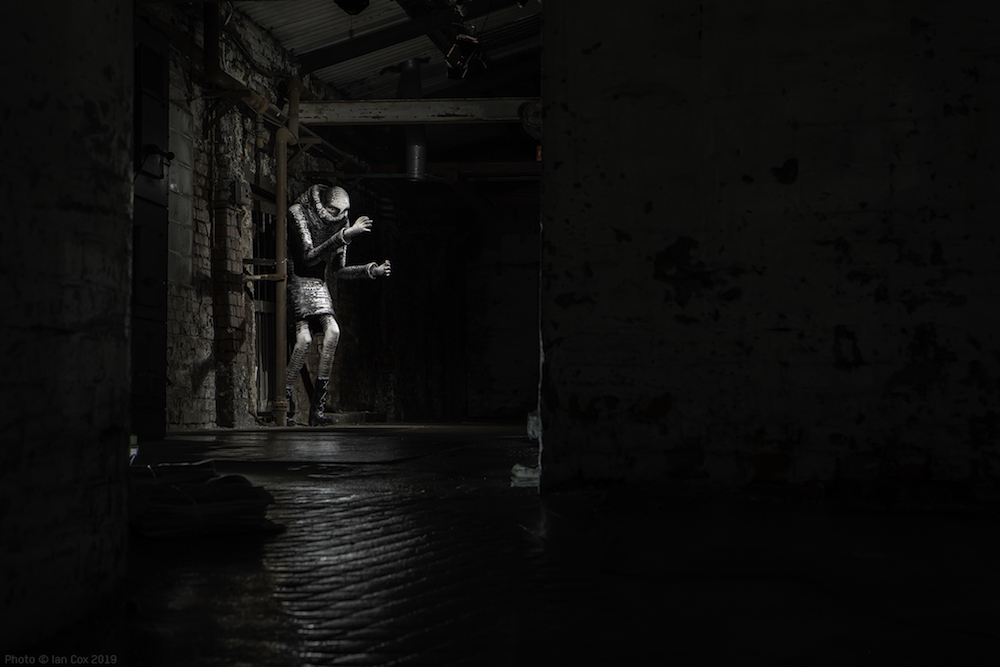 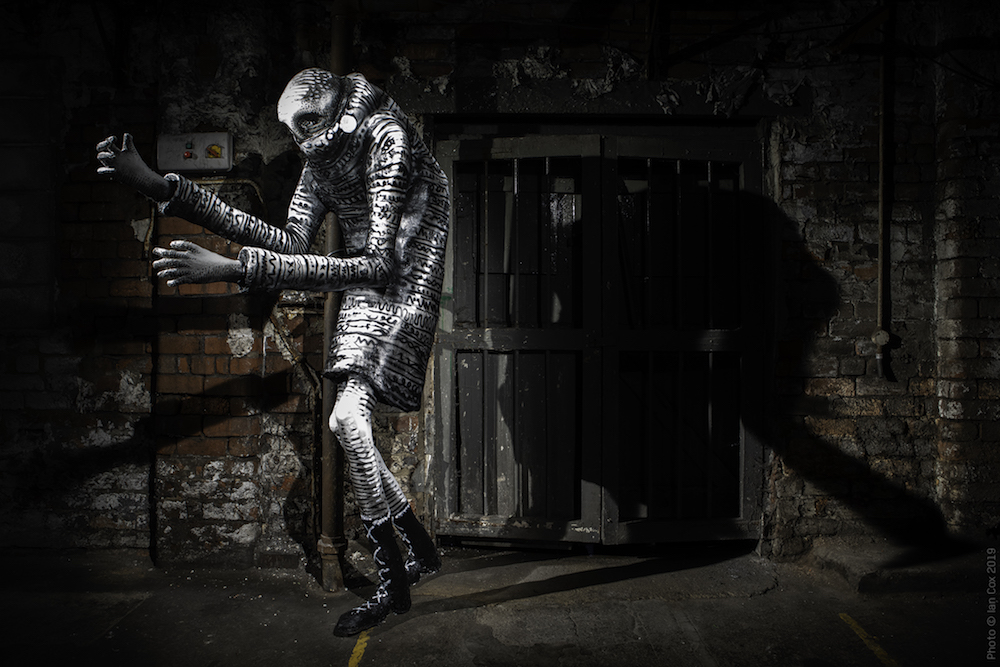 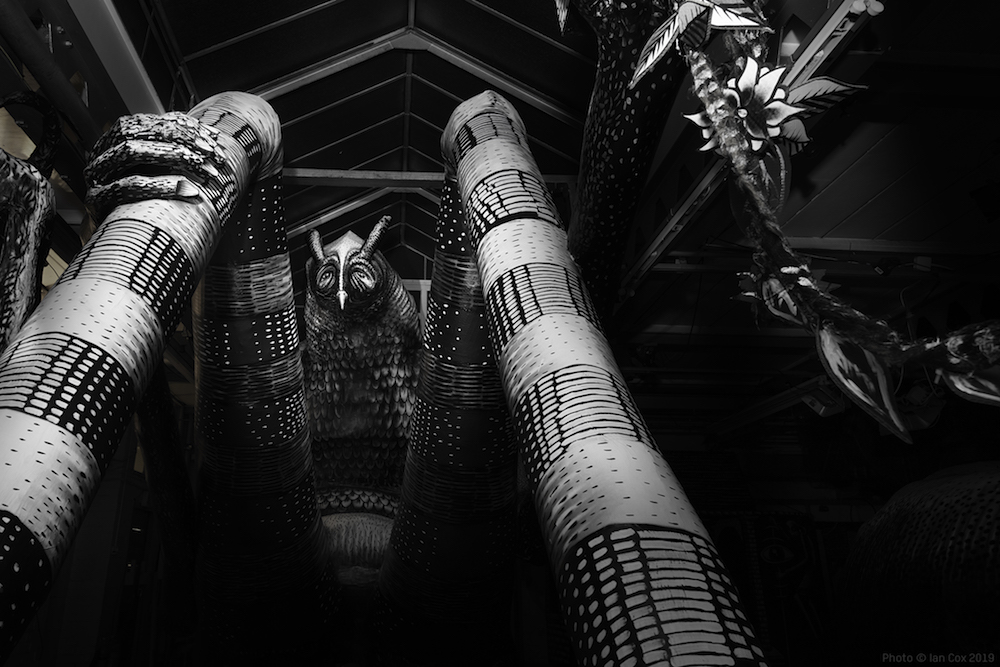 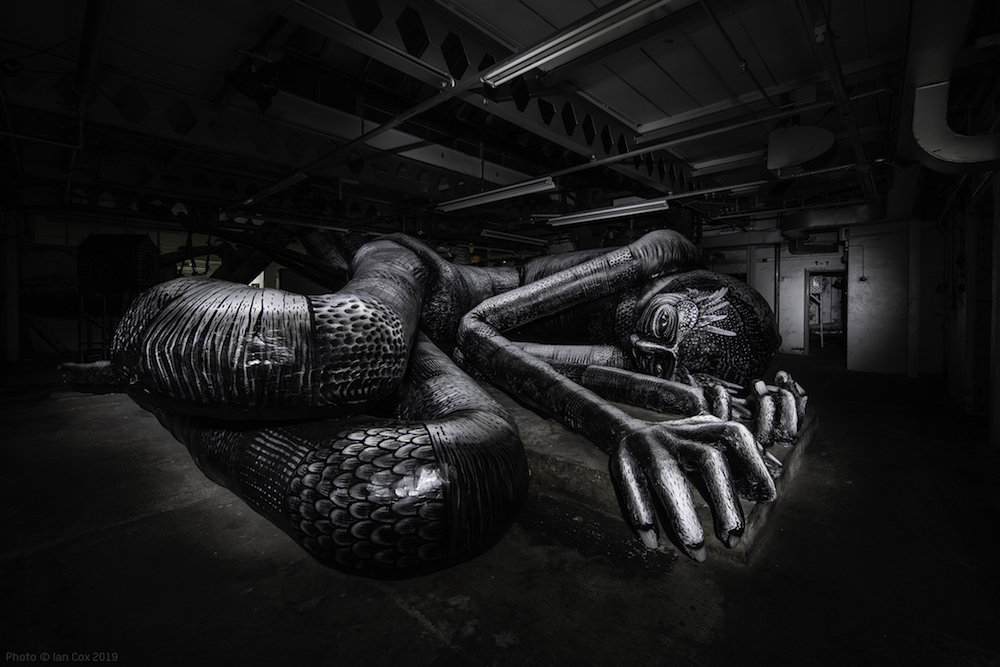 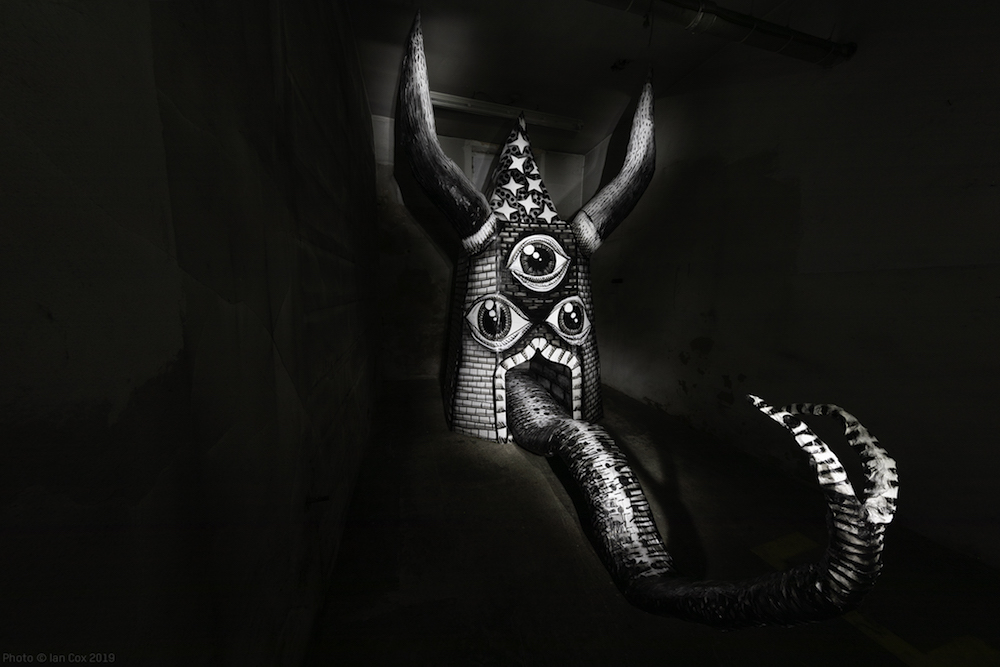 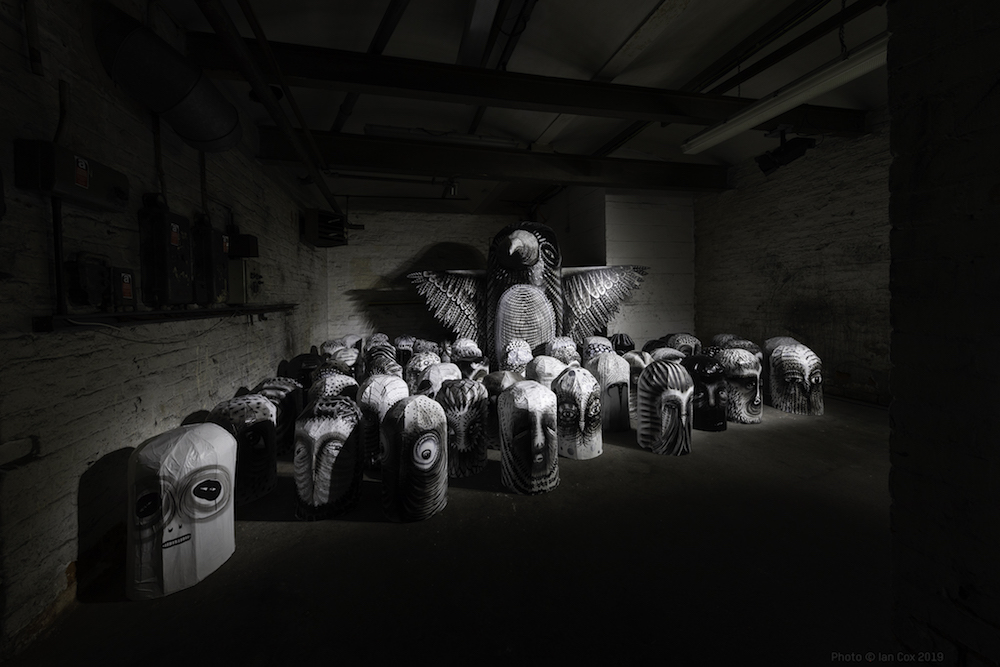 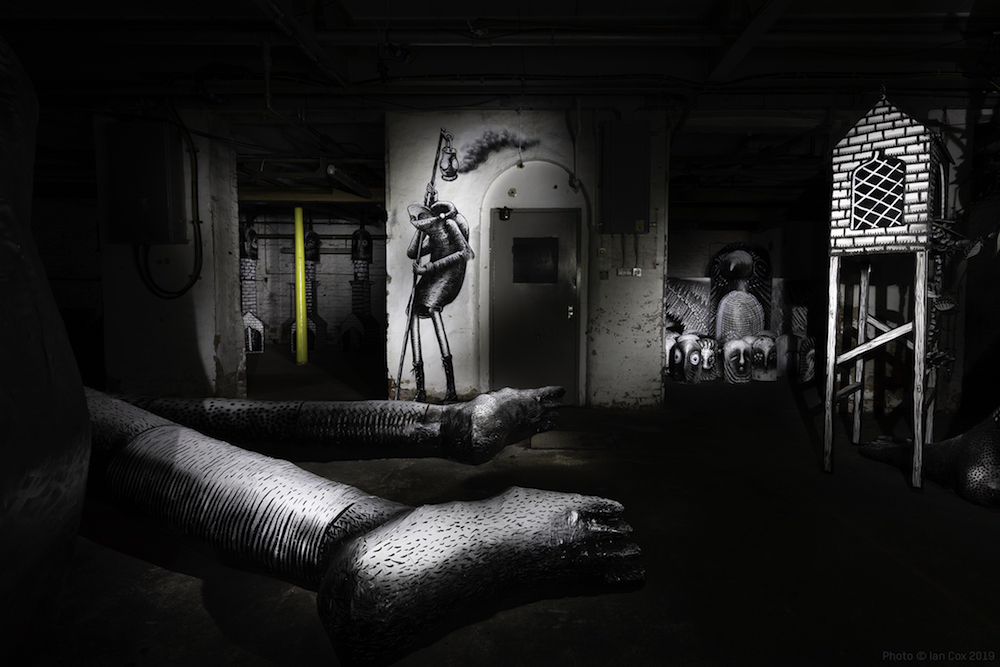 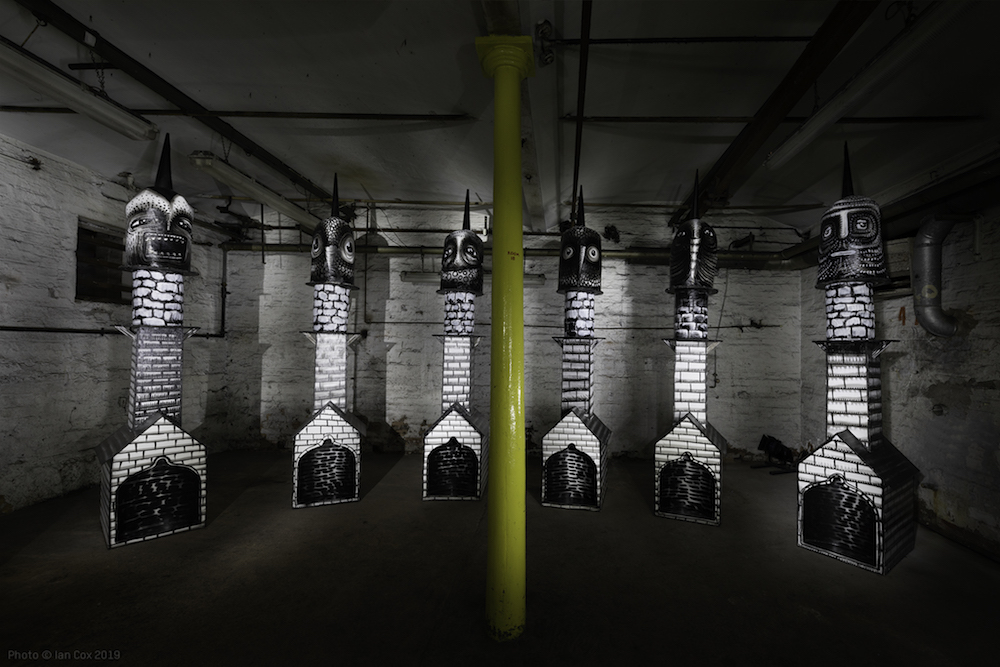 One of the bigger events in the street art world, one that has been talked about quite a bit upon the lead up, is Phlegm's massive new installation and work, Mausoleum of Giants, which opened in Sheffield, England recently. The installation, open through April 6, 2019, took over a giant building space at Eye Witness Works, with help from the Arts Council and CADS Sheffield.

Taking over the architecture with his murals and changing the entire field of view with his visuals, he has produced an incredible, immersive sculptural installation. Massive sculptures occupy halls, corridors and rooms of an abandoned factory with their cumbersome bodies.

Mausoleum of the Giants is a thrilling extension of Phlegm’s ongoing efforts to intertwine his surreal and highly imaginative work with existing deteriorating structures.

Sheffield as the stage for this epic showcase was no accident. With local industrial buildings often forming the backdrop for his murals in the city, an old factory complex is the perfect location for presenting such a poetic and personal undertaking and bringing Phlegm's iconic characters to life. Imagined as beings whose life spans over thousands of years, these peaceful beasts have seen rivers erode and mountains change. With their final days coming slowly but surely, the giants are ready for their eternal rest, giving everyone enough time to meet them, mourn them and make peace with their ending. —Sasha Bogojev