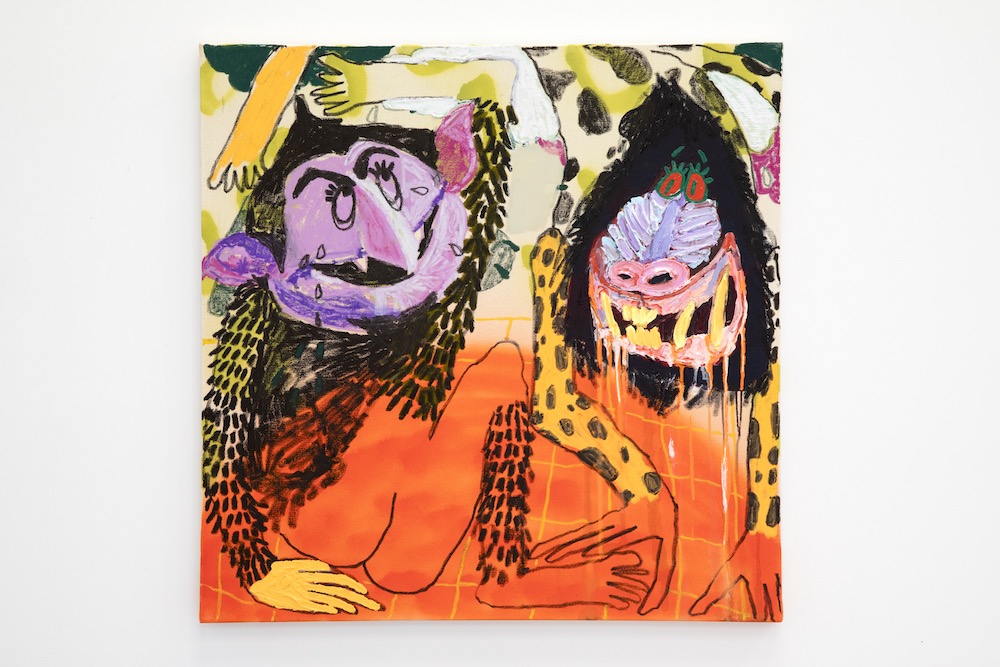 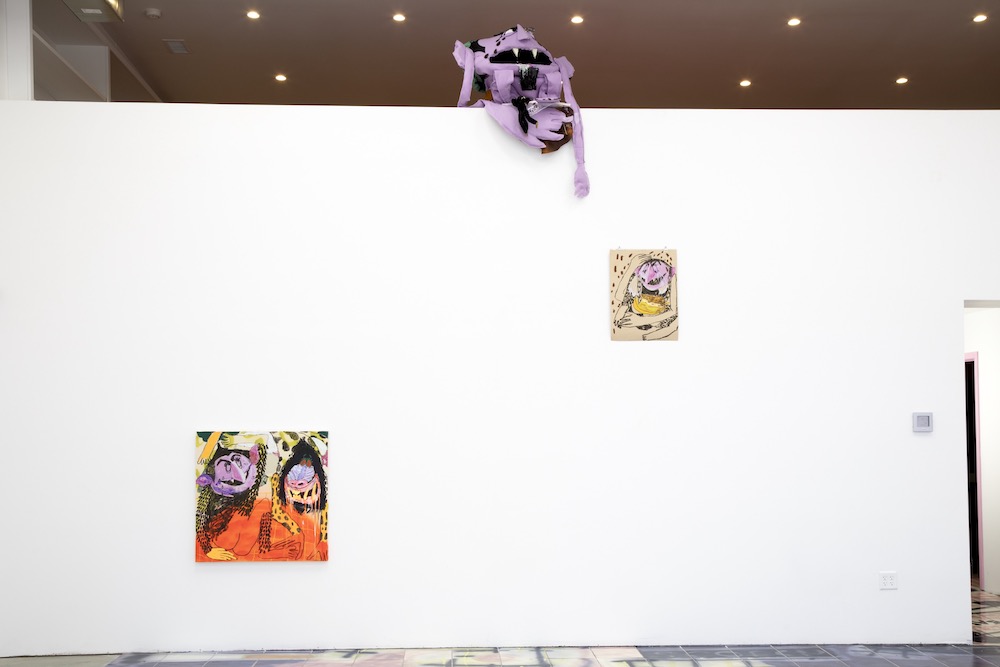 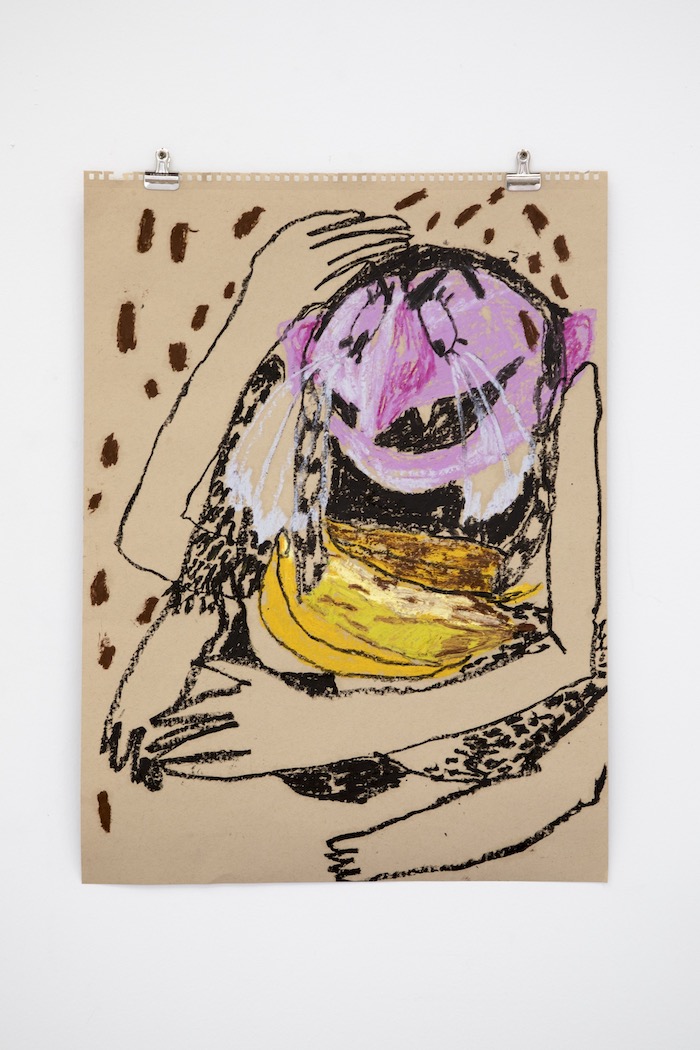 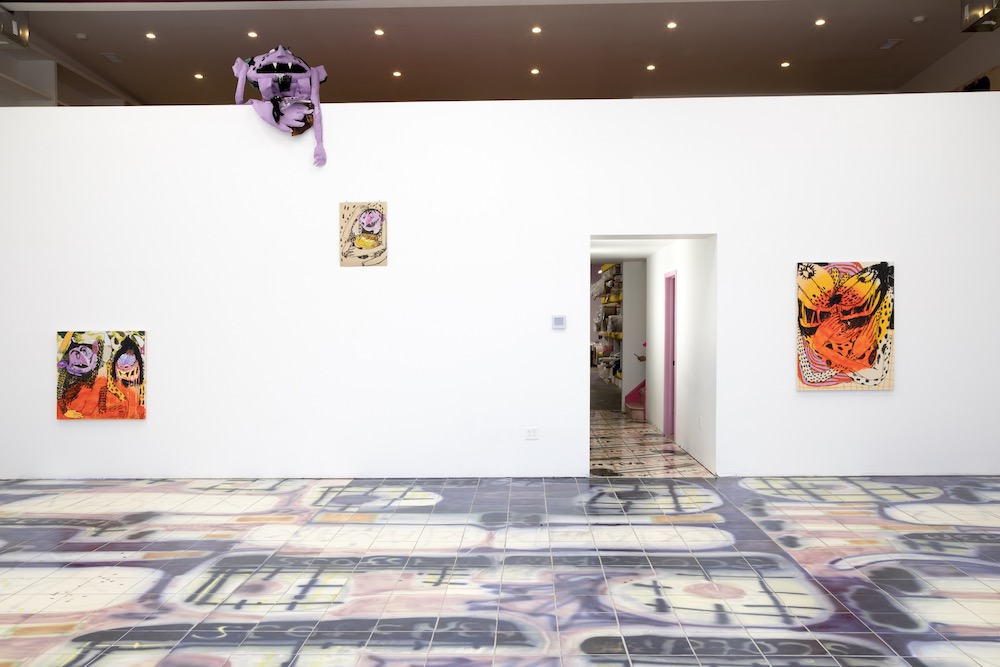 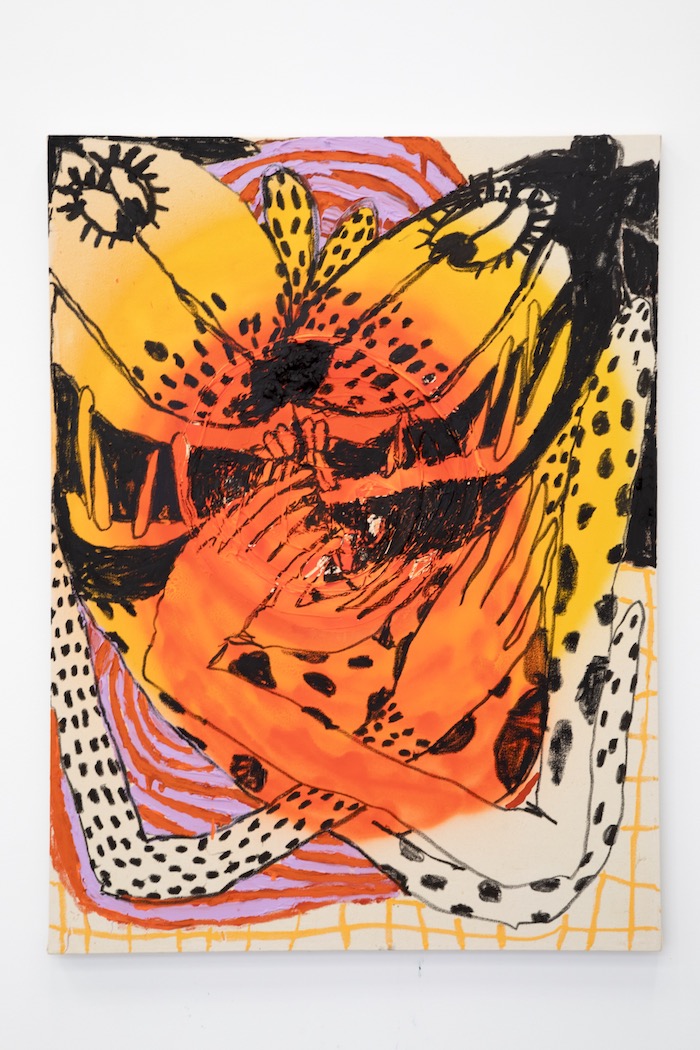 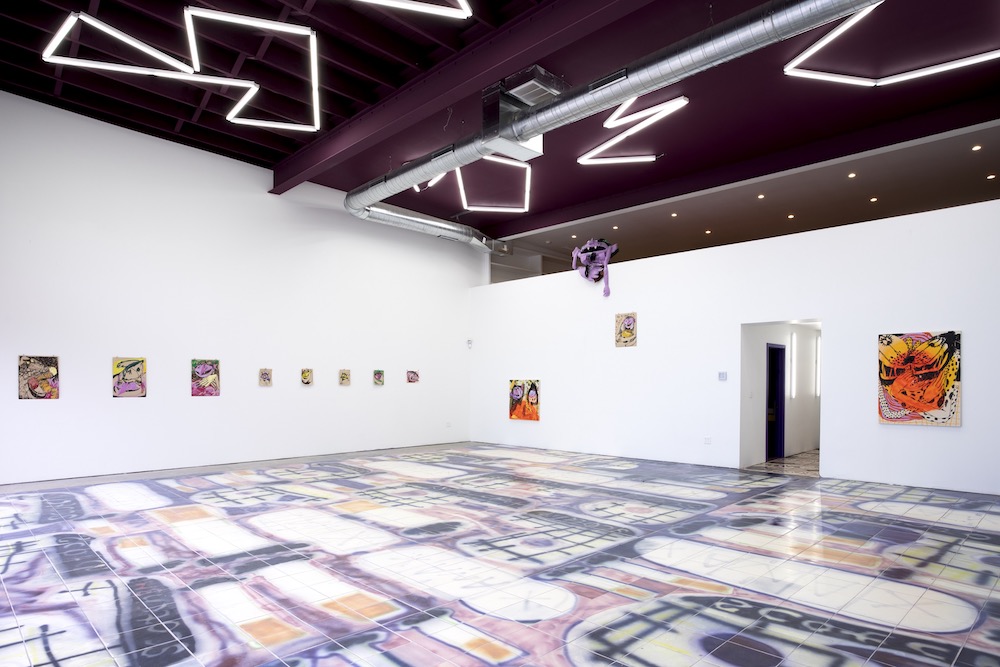 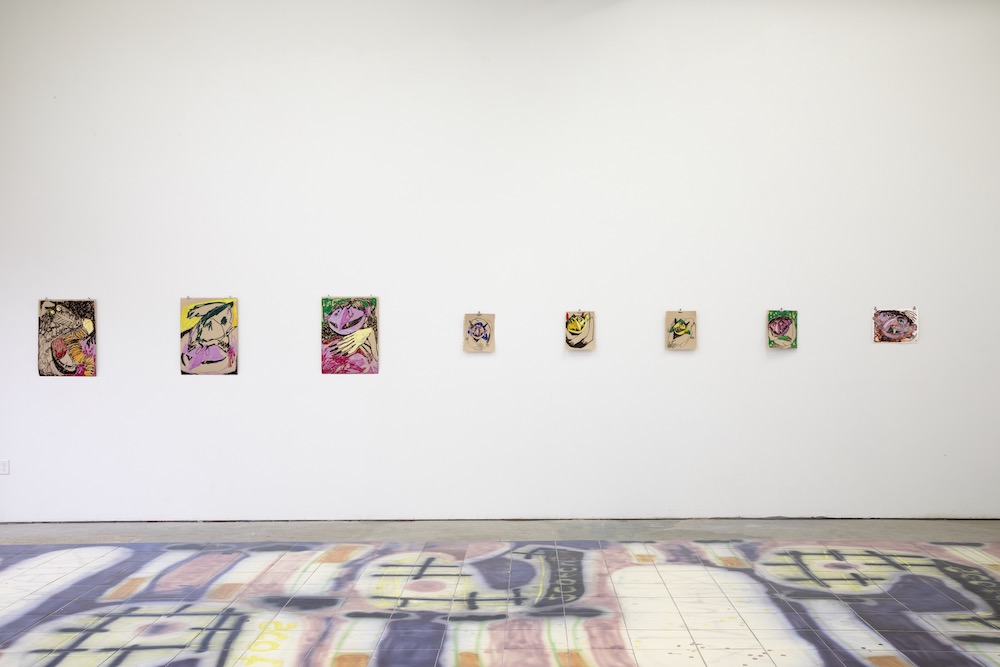 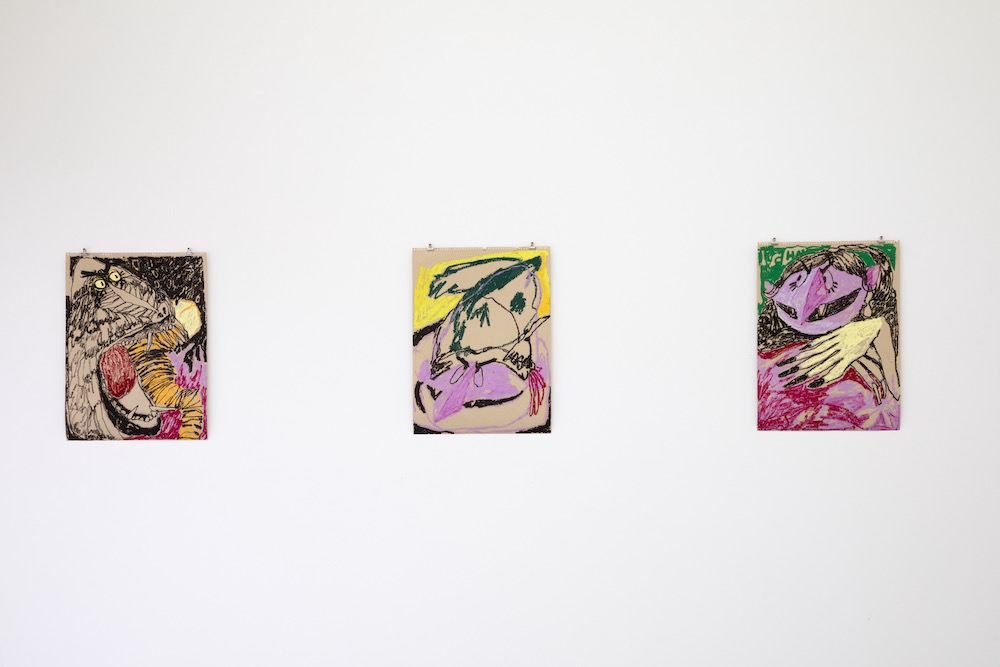 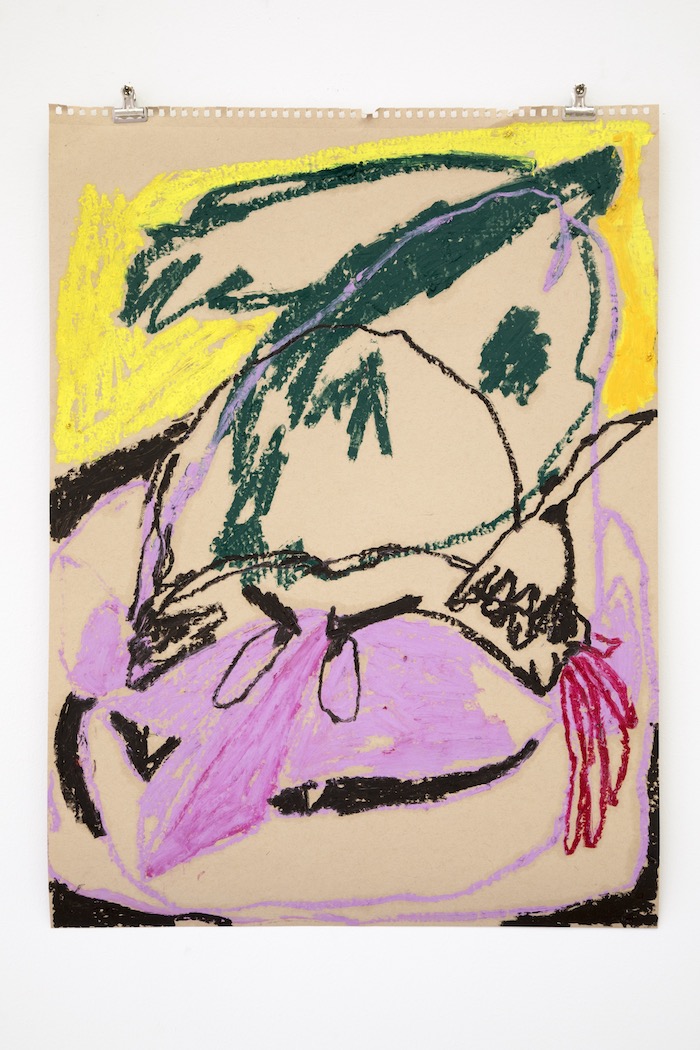 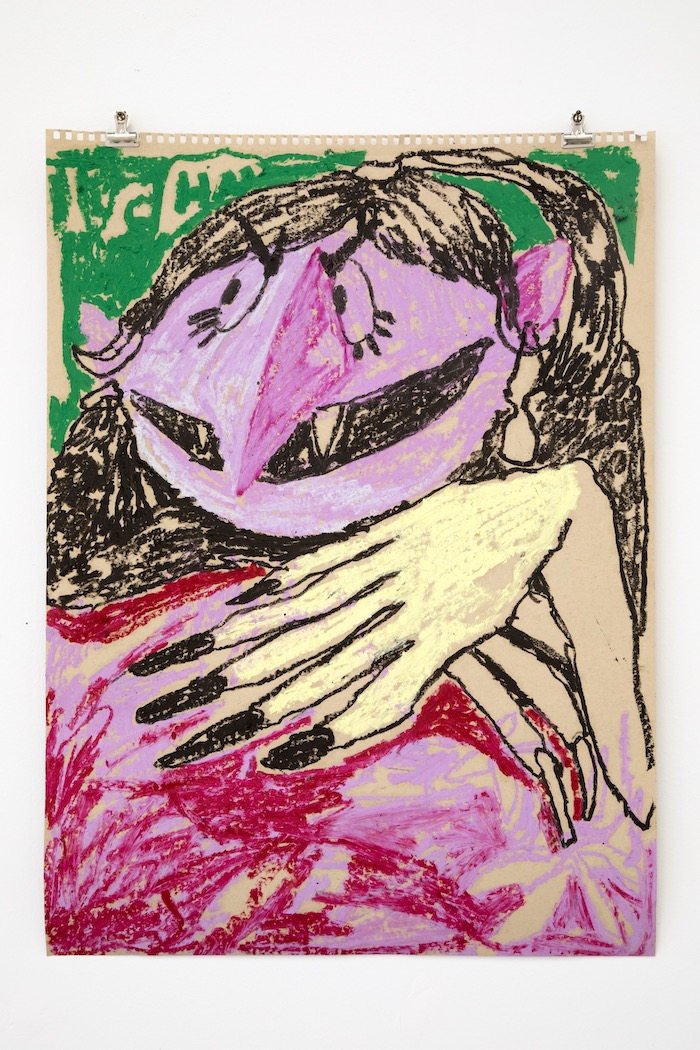 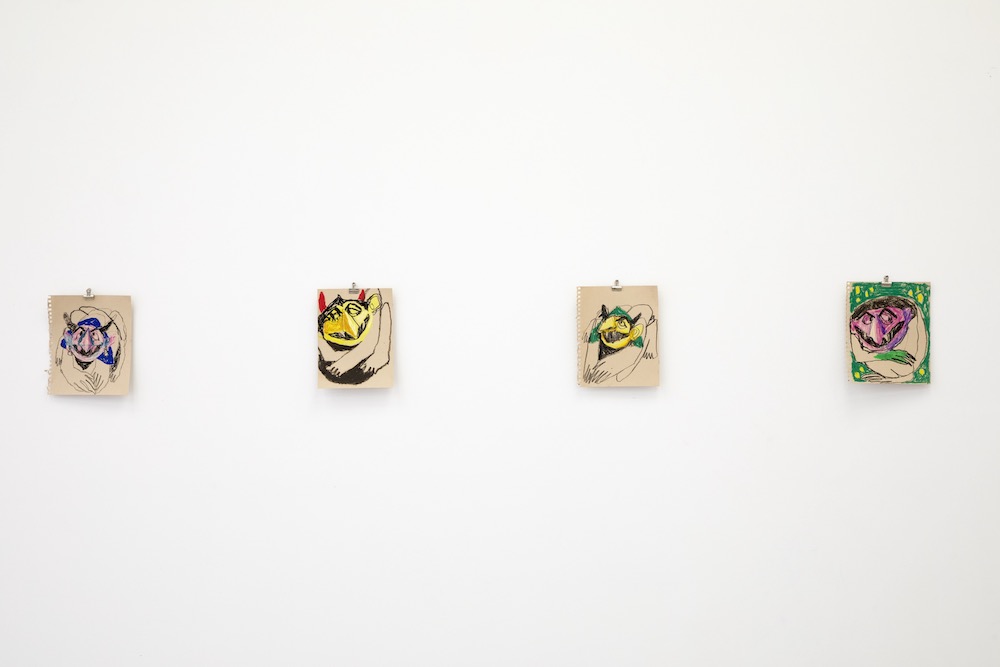 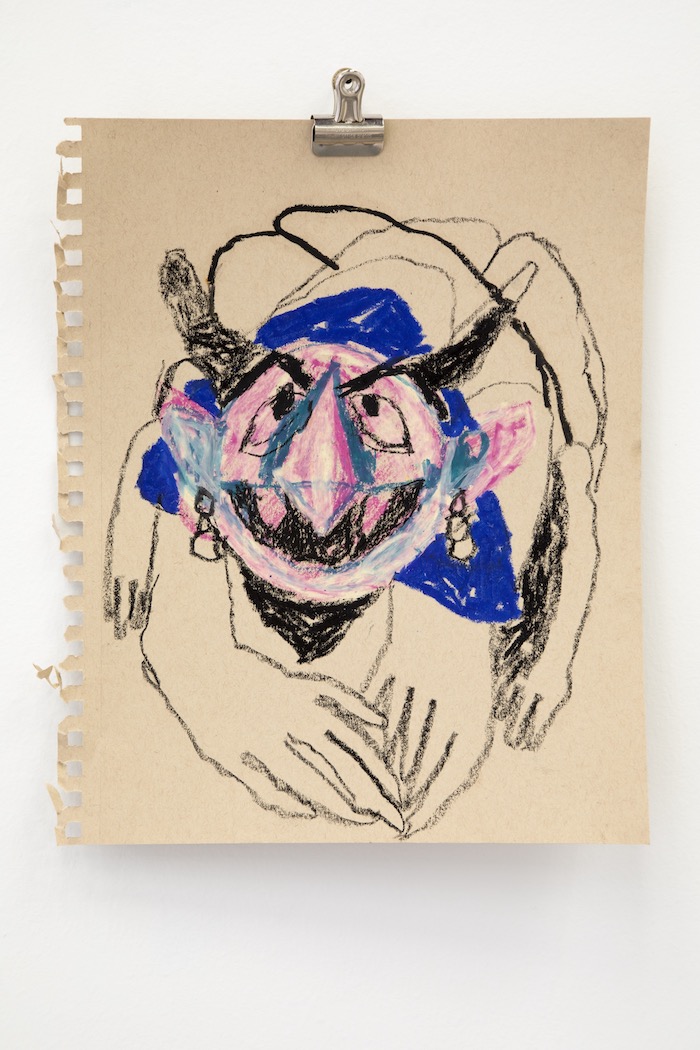 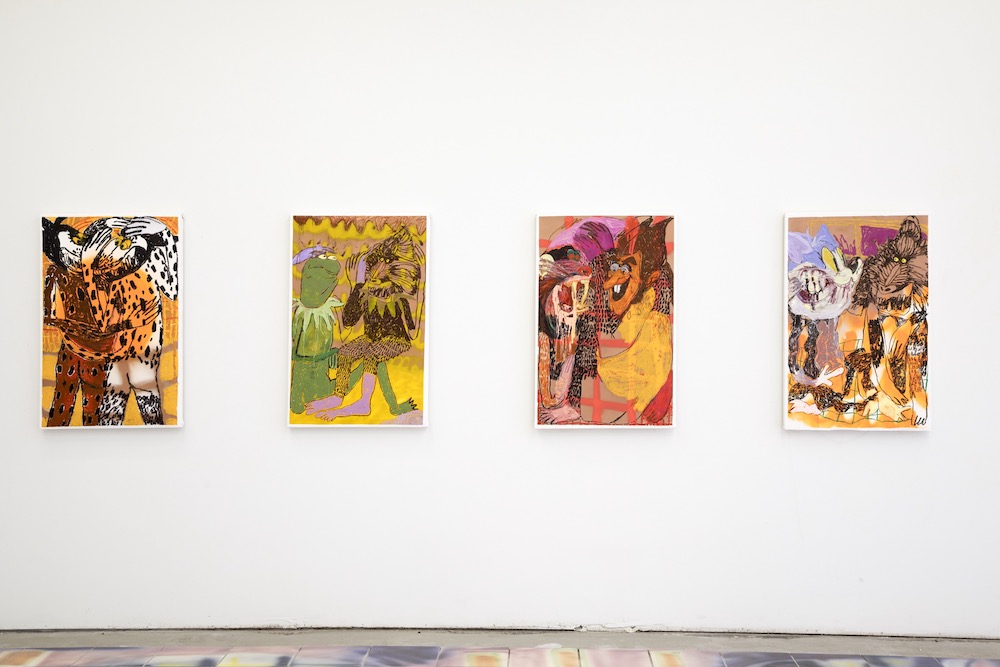 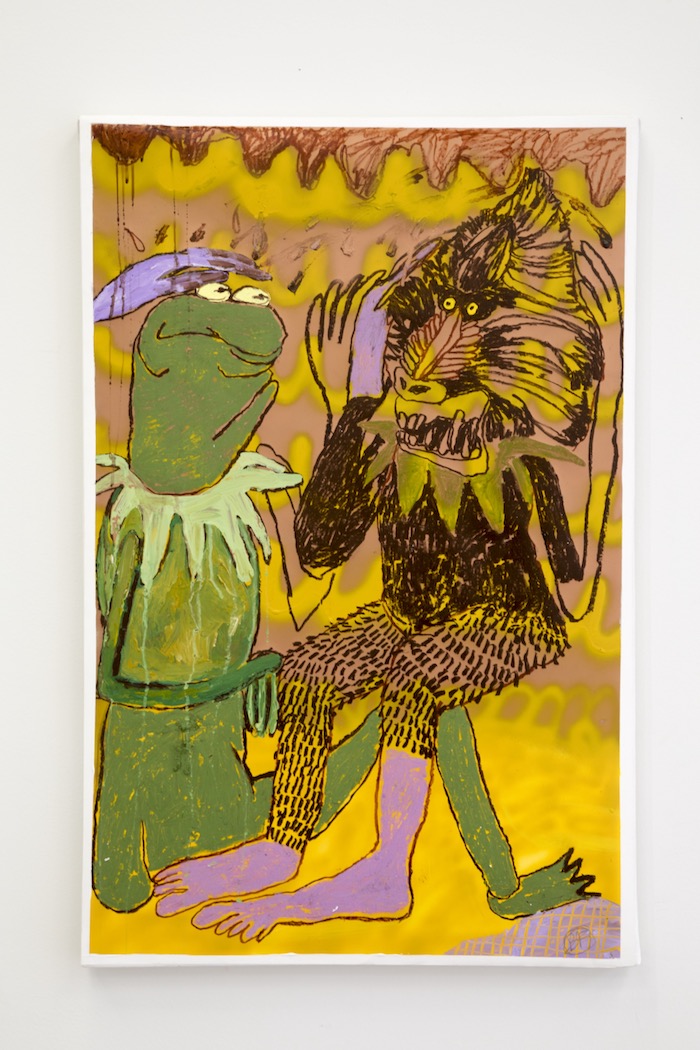 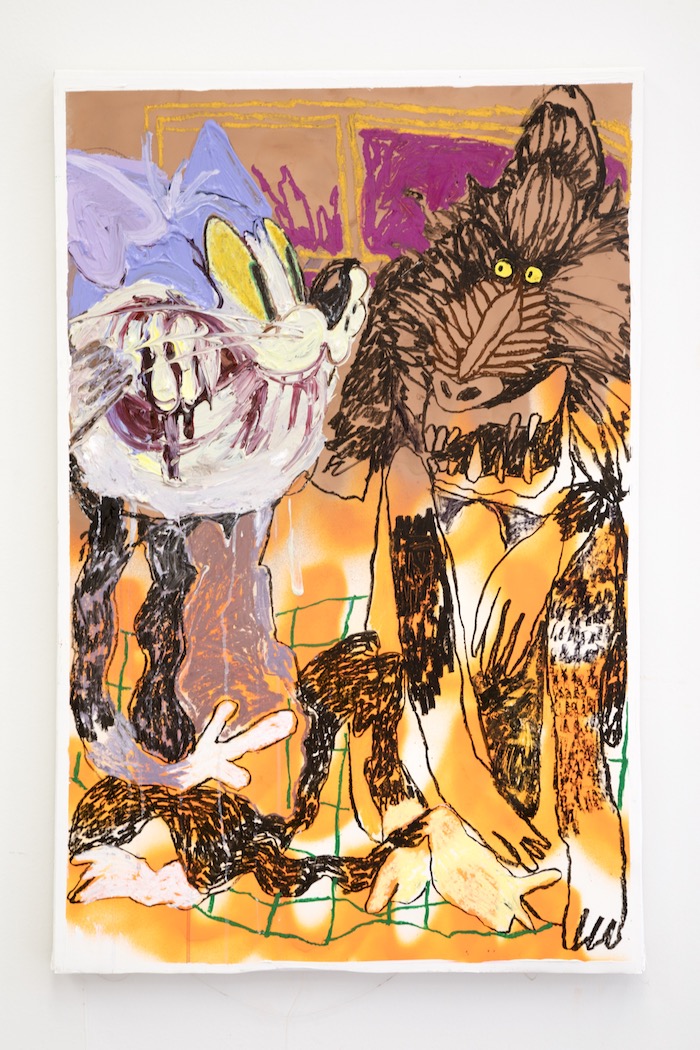 When you put on a show entitled Like a Rowdy Raccoon, comprising images and plush sculptures featuring Count von Count and Kermit the Frog from Sesame Street, Tom of Tom and Jerry, and a wide range of characters from the primates family, and hang it at Katherine Bernhardt's newly launched Dragon, Crab, and Turtle Gallery, you got our 100% attention! And this is precisely the case with Bianca Fields' major solo exhibition which is on view at Saint Louis' newest art venue.

"I like to paint as if I have a burning cake in the oven," Fields told to Juxtapoz when we asked about these works and the vigorous technique behind it, and we were instantly hooked. With a BFA from Cleveland Institute of Art in Ohio, Cleveland-born and Kansas City-based artist has been developing a visual noise accentuated through the literal screams of the main protagonists. The expressive, layered, and confident paint application and manipulation are simply methods for the physical manifestation of experiences and imagination through the medium of paint. As the result of such an approach, the vivid, luscious, and colorful visuals are both holding onto and bursting with raw energy.  "I also like to scrape off my entire palette of paint and lay it down on the painting when I’m reaching the end. Without usually having a plan of what the painting will look like beforehand, this gives me the freedom to experience different phases of the painting before it comes to a complete stop," the artist discloses the unique technical trick that results in such piercing images and electrifying surfaces. The mix of determined and unforgiving marks, along with the use of warm oranges and yellows and appealing pinks and purples, builds a tension in which depicted scenes change their ambiance with stroboscopic pace. With uncertain interaction being a recurring theme of the work, this tension transfers the narrative into viewers' eyes and minds, as they try to untangle the emotive and physical knots created with acrylics, oils, and spray paint.

The choice of protagonists in Fields' work contributes to the tension that holds the highly expressive imagery together. On one hand, evoking nostalgia and connection through frequent tributes to familiar cartoon characters, she quickly turns the tables with the introduction of wildlife archetypes, namely enraged mandrills. With "somebody to lean on" in a questionable face-off with an instinctively terrifying ape, she makes the viewer instantly question their role and responsibilities in the world as humans. "I think when the dominating subject is selected, it becomes perhaps a surrogate for myself, and that’s how I arrive at how the tension is depicted throughout the painting. Over time, throughout the constant motion of revisiting subjects in my work, I begin to constantly question a real-life primate and a product of American pop culture, and how they can be analogous in the way in which they have always existed in the same psychological space," the artist told us how this interaction informs the general atmosphere and role attribution. In the end, these familiar faces evoke a discussion about the themes of humor, identity, as well as painterly tradition, all of which are purposely pushed out of their appointed balance in these edgy visuals.

"I like to feel like everyone’s involved; even when it comes to the individual letters to create the title of the show," Fields told us about the quirky title which fully matches the general sentiment of the individual works and the presentation as a whole. "I like when things ring a sort of expression or catchphrase like Yabba Dabba Doo!, from the Flintstones or kinda like the children’s book, Chika Chika Boom Boom and imagining the letters of this show to be anthropomorphic in a way, essentially having a mind of their own." And whether choosing the title, arranging the works within the installation, applying or manipulating the paint, or switching between techniques, such rhythmic, energized, and borderline erratic nature seems to be imbuing every layer of her activity. —Sasha Bogojev