Brian A. Whitely did not scatter chocolate eggs in the grass in Central Park. Instead he placed the Trump Legacy Stone, the epitaph reading "Made America Hate Again."The year of death is blank, the loathsome legacy still unfolding. 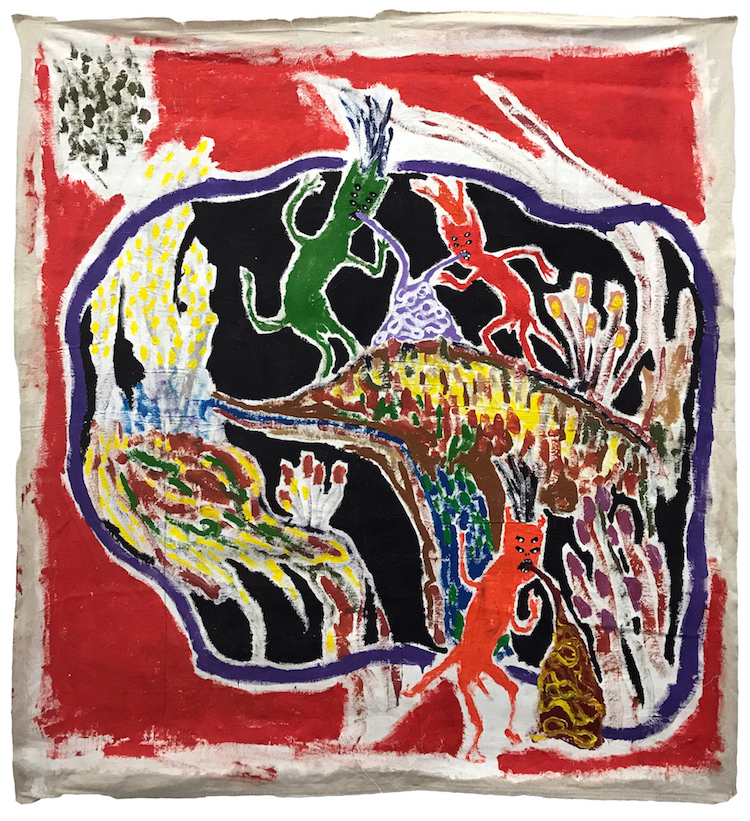 In his debut at New York City's Hashimoto Contemporary, Brian A. Whitely presents I Know What You Did Last Summer: A Mid Career Retrospective, which highlights his various astute artworks created in the past decade.

Inspired by various sources that include his own past and current political machinations, I Know What You Did Last Summer features an infamous library of work, as well as new offerings in a variety of mediums, like painting, sculpture, fabric works, and video. Whitely also reached way back to dress the gallery space in a wood-paneled installation reminiscent of the den in his parents' suburban home, where the artist kicked back in his formative years, hatching and crafting his plans. 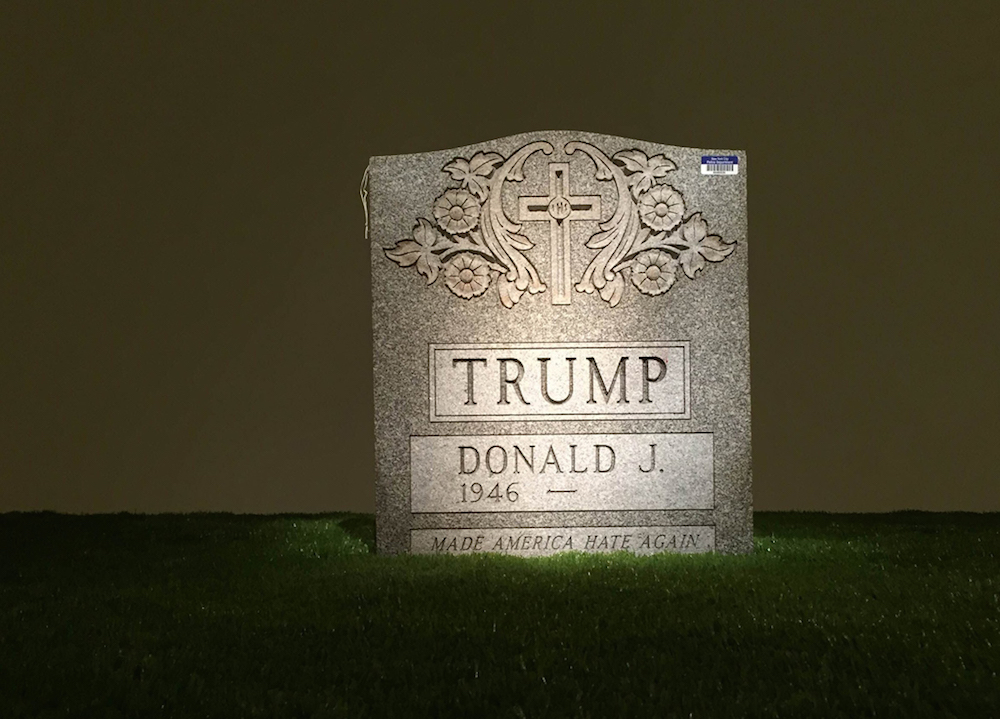 When the piece immediately went viral and led to a two-month-long secret service investigation, it culminated in Whiteley being interrogated and placed on the Secret Service watch list. The piece, and its subsequent story, has since been covered internationally by Hyperallergic, The New York Times, ARTnews, Time Magazine and others.

Other notable works on view will be The Vladimir Putin Presidential Portrait (White House in Background), which actually hung for a month in Donald Trump’s D.C. hotel, as well as various clown suits from video and cemetery performances.

I Know What You Did Last Summer: A Mid Career Retrospective opens on Saturday, January 11, 2020, with an opening reception from 6 to 8 pm, and is on view through February 1, 2020.