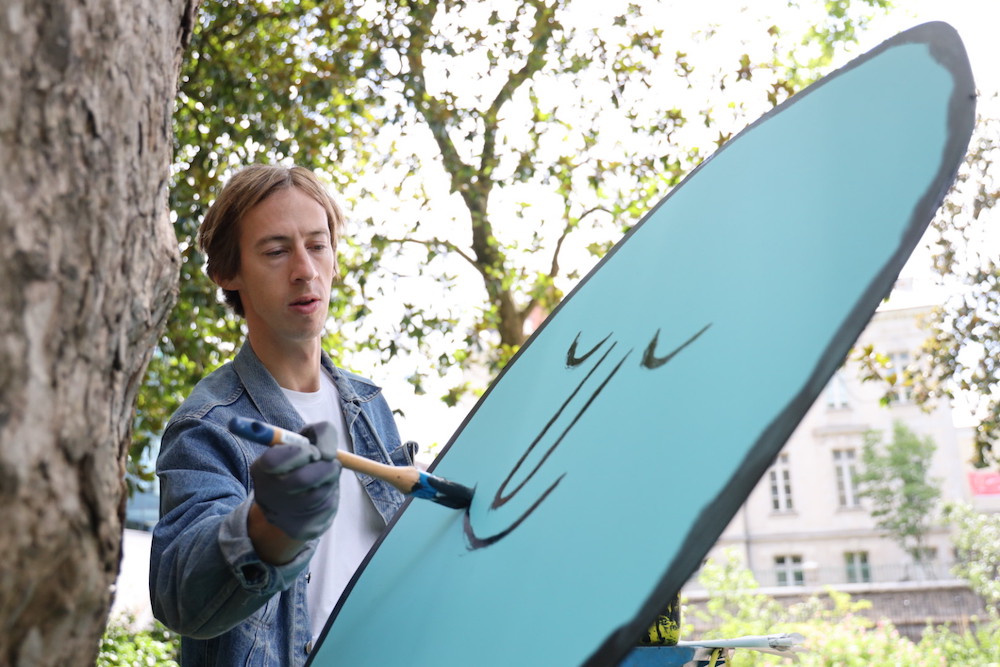 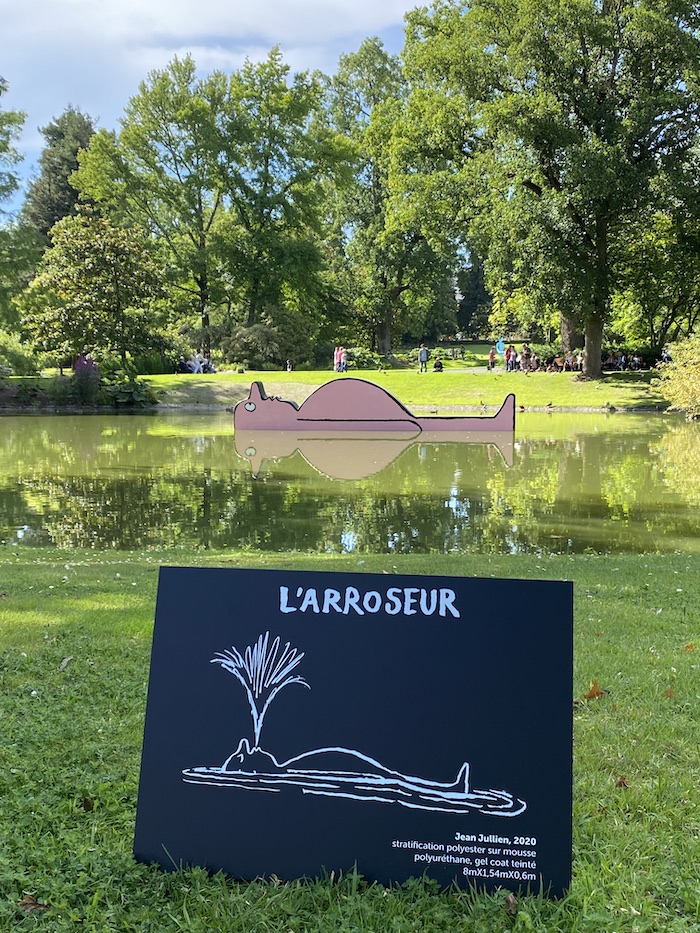 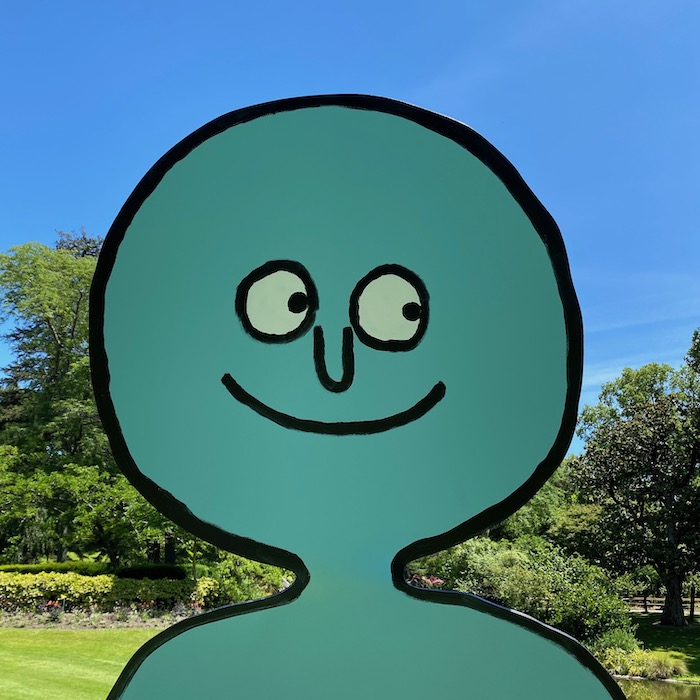 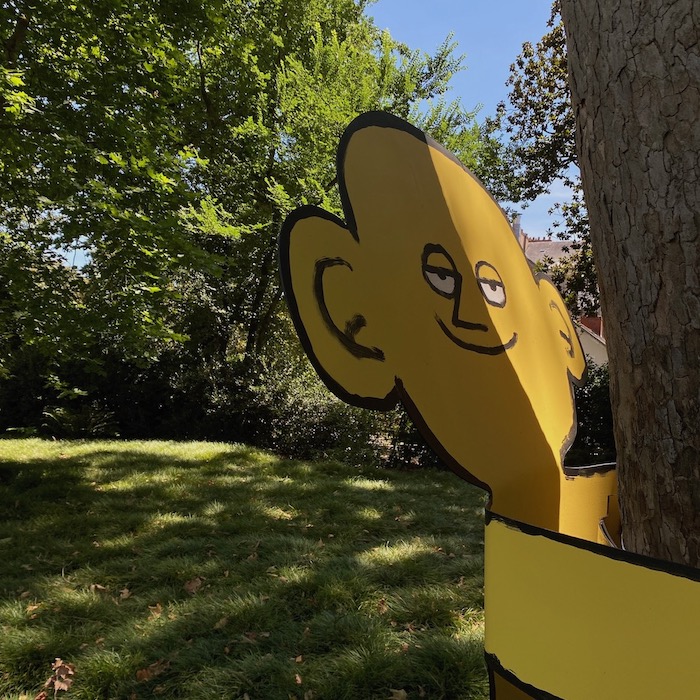 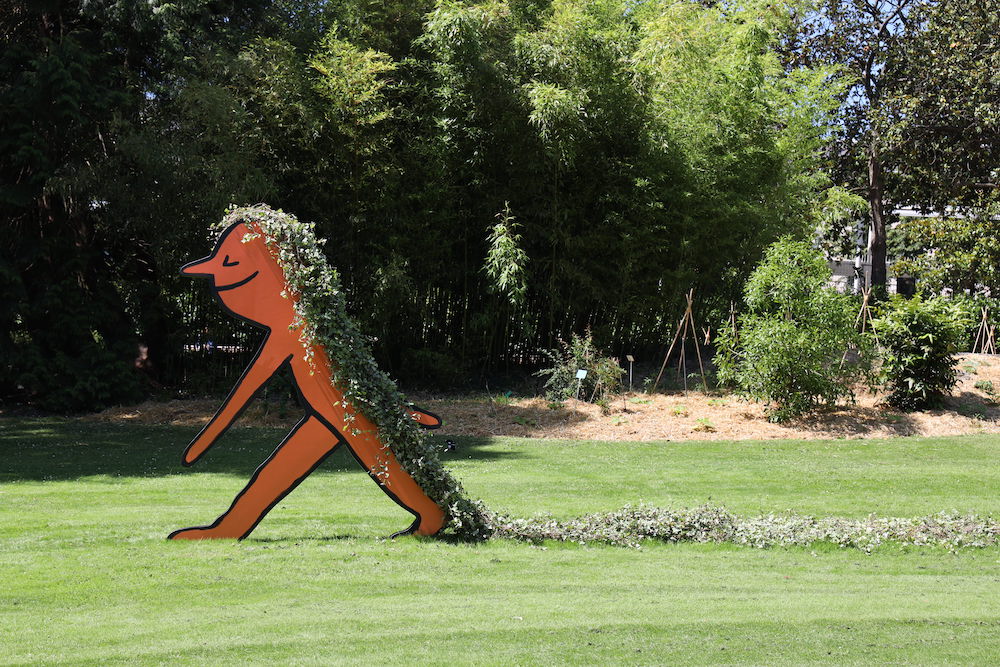 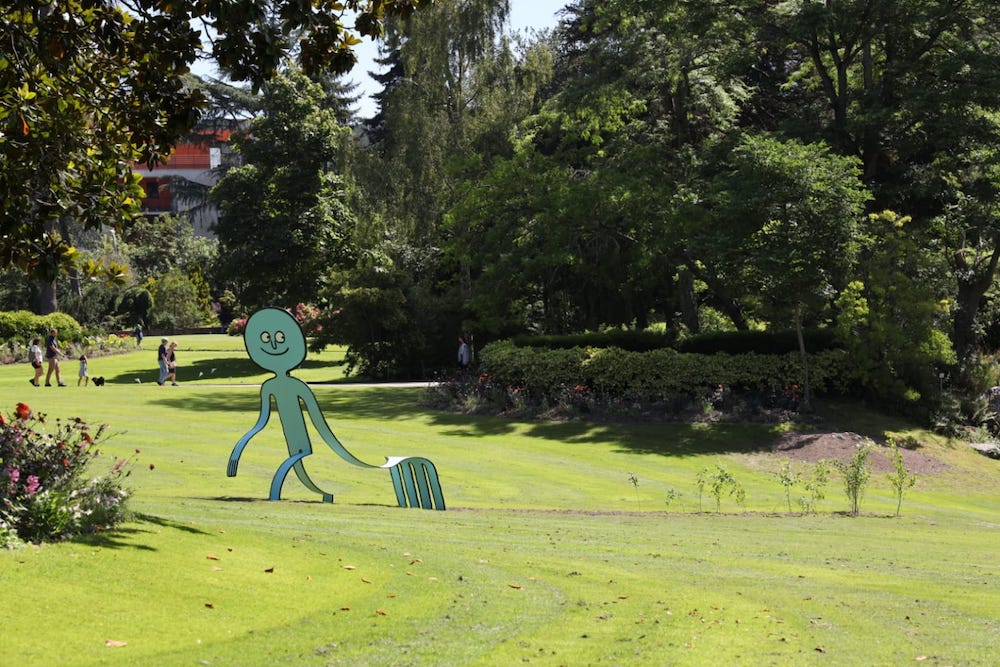 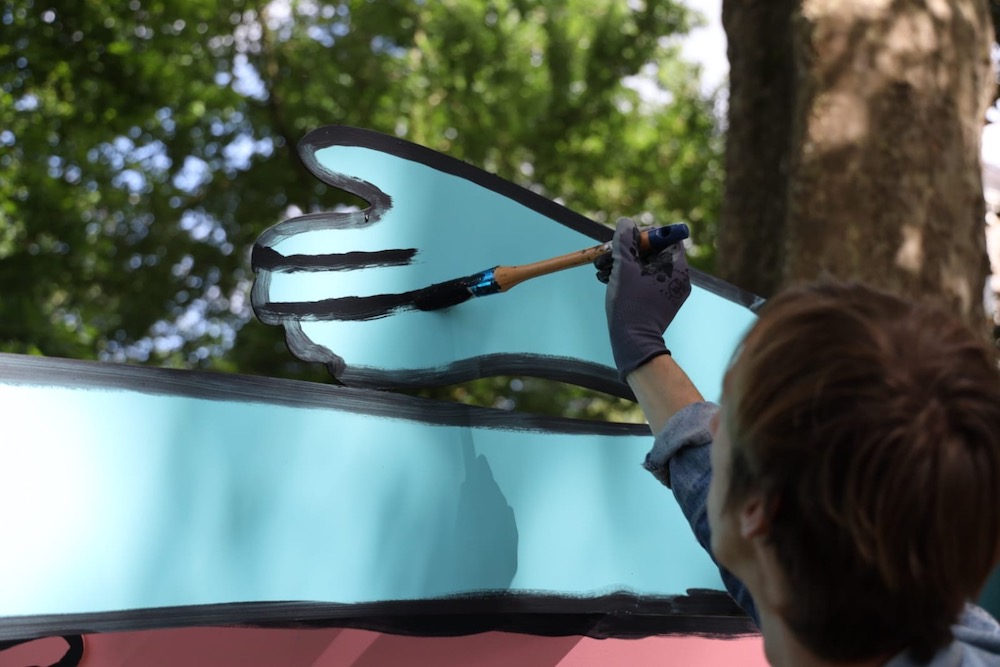 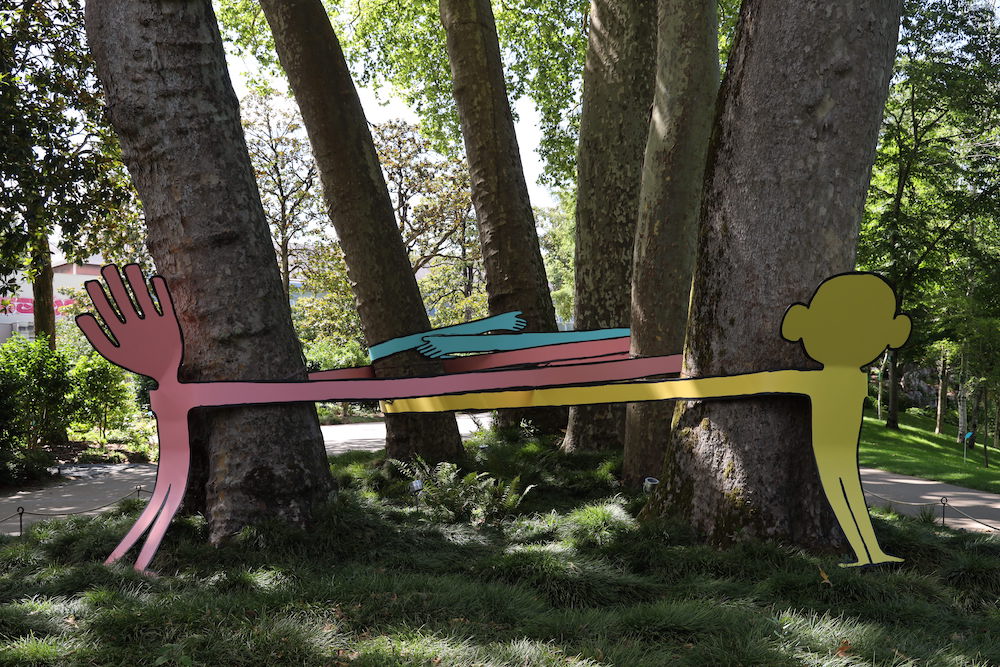 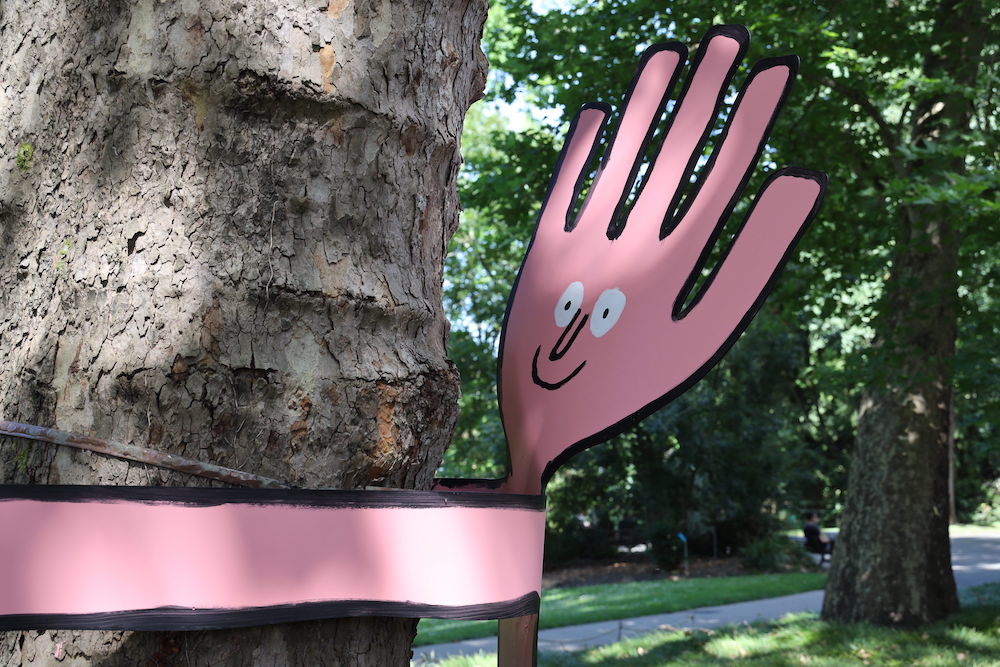 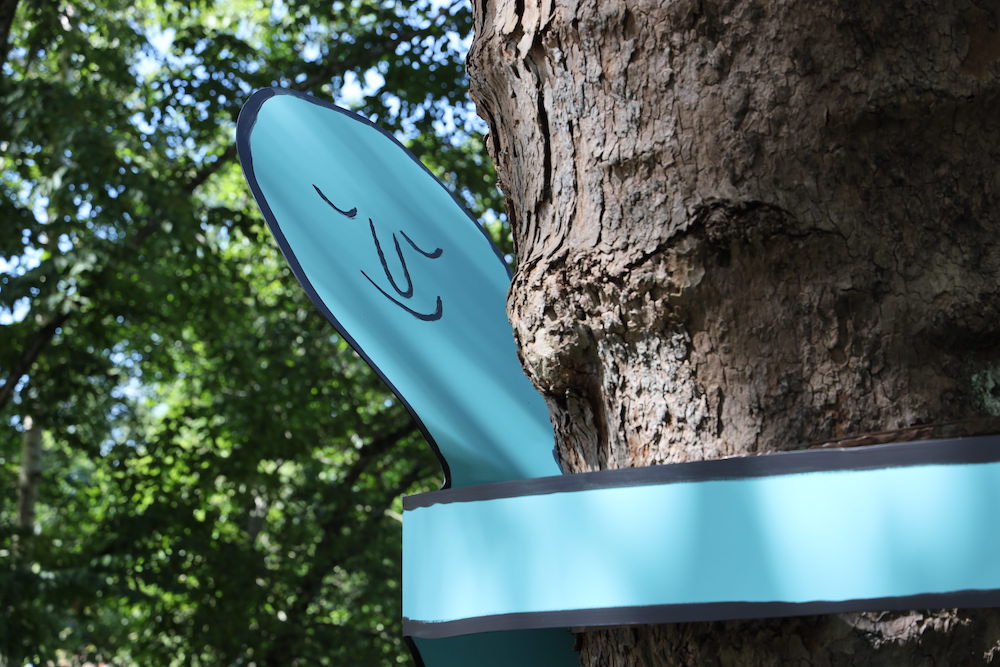 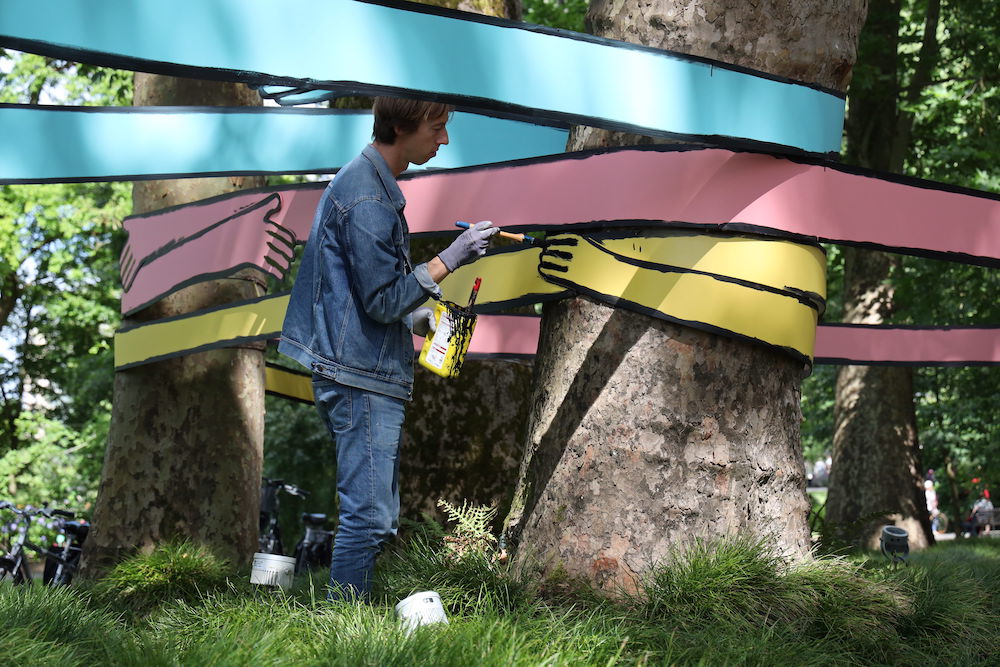 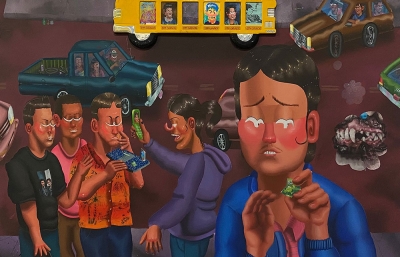 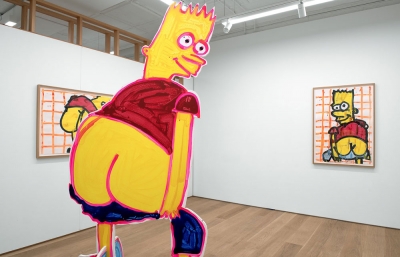 "I'm Bart Simpson, who the hell are you?"

It was philosopher Walter Benjamin who, inspired by the writings of Charles Baudelaire, was the first to deeply study the idea of the “Flâneur,” the wonderful 19th century Parisian idea/concept/term for the “stroller,” something that roughly translates today to the “urban explorer.” Our best guess is (and apologies as we mine our college studies of 1800s philosophy and literature) that “stroll” played a pivotal part on how Paris became one of the glorious and artistic capitals of the world in the late 19th and early 20th centuries. Just a lovely jaunt through a city can bring up so many ideas and creative pursuits (think skateboarding, jogging, biking), and, for some reason, the French do it best.

Which brings us to a public art exhibition that we would love to take a walk through right now. In the city of Nantes, France, in partnership with Voyage à Nantes, and as part of the Journey to Nantes 2020 route, Paris-based artist Jean Jullien has created a sculpture installation in the Jardin des Plantes that will run from July 10, 2020 to November 2021. The 12 new works interplay with the park setting itself, from sculptures that hug trees to works that sit inside the park’s fountains. The installation, Filili Viridi, captures more of the playful and eccentric characters that are featured in Jullien’s world famous illustration works, giving park-goers a chance to see those works nearly come to life in both shape and size.


As we saw with his sculpture works that have been on display at both the Juxtapoz Clubhouse and our installation at The Hotel of South Beach this past winter, the characters familiarity almost makes them feel as if they are experiencing the sunny day in the park as you are; comfortable and in need of a desperate break from the stress of daily life. If the Flâneur is taking a walk for a deeper philosophical brain exercise, we want to walk here in 2020. —Evan Pricco