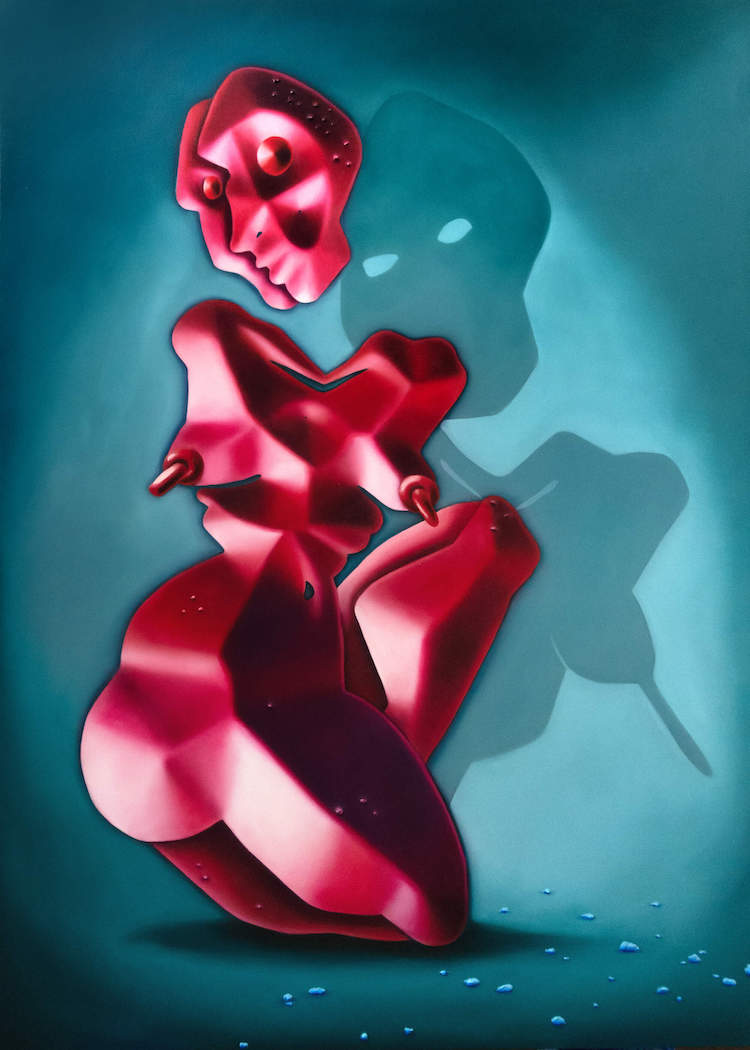 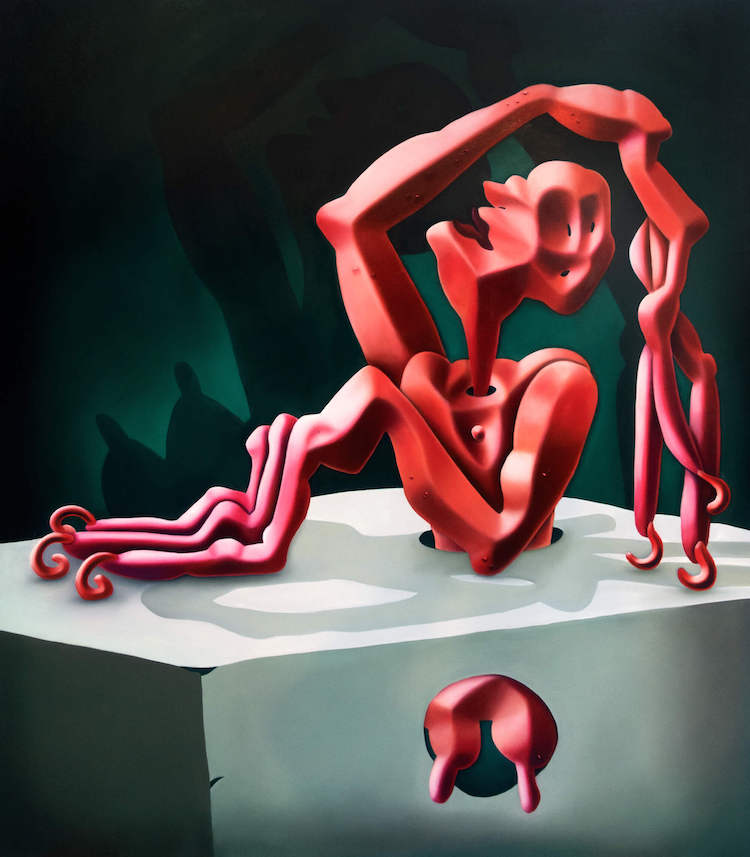 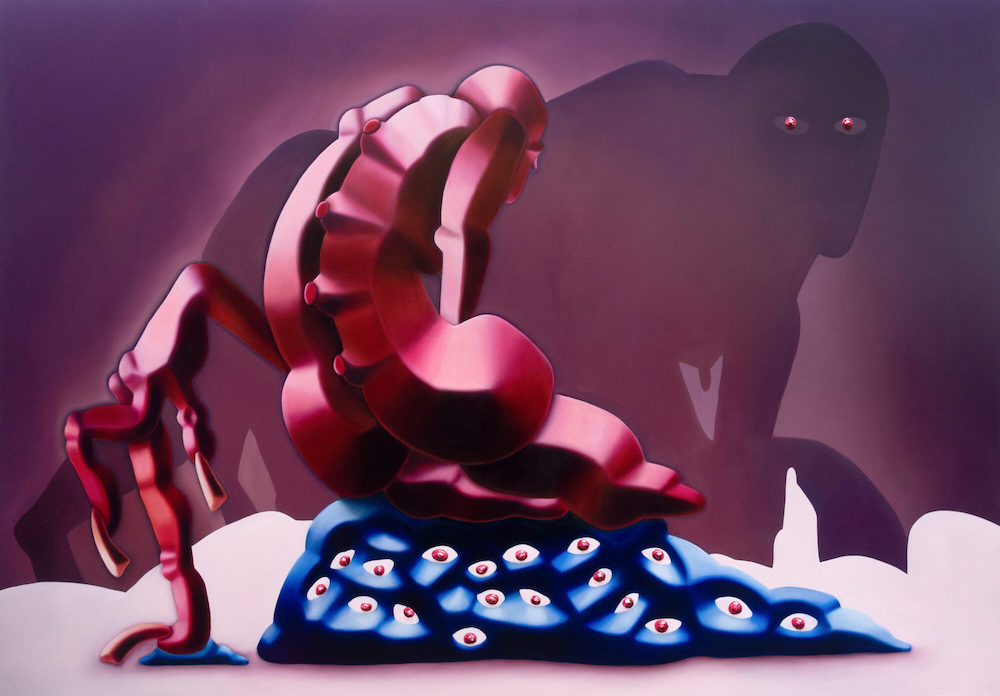 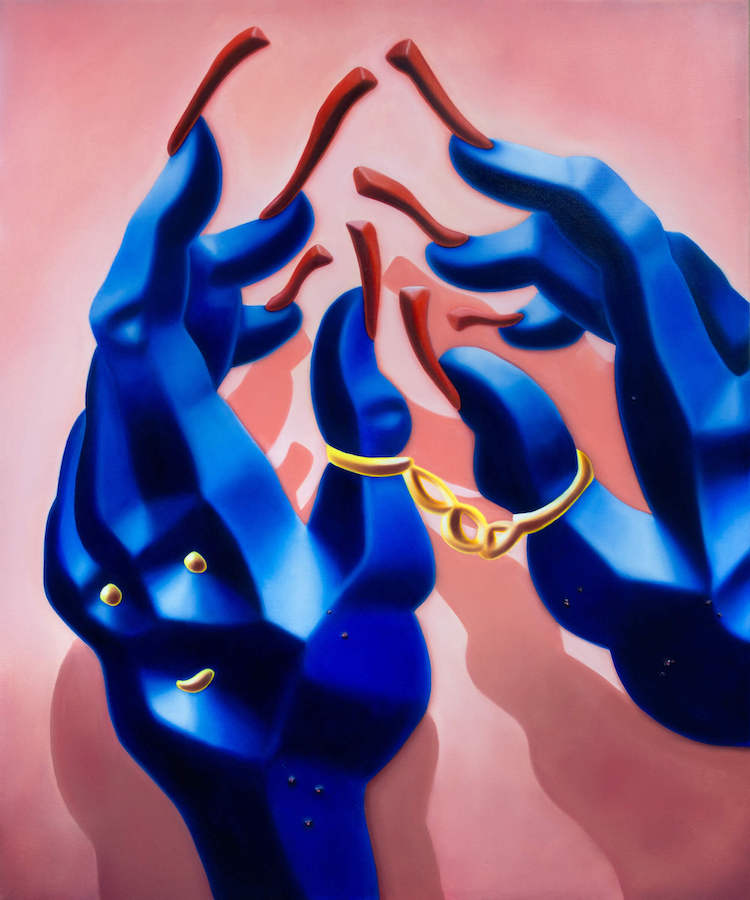 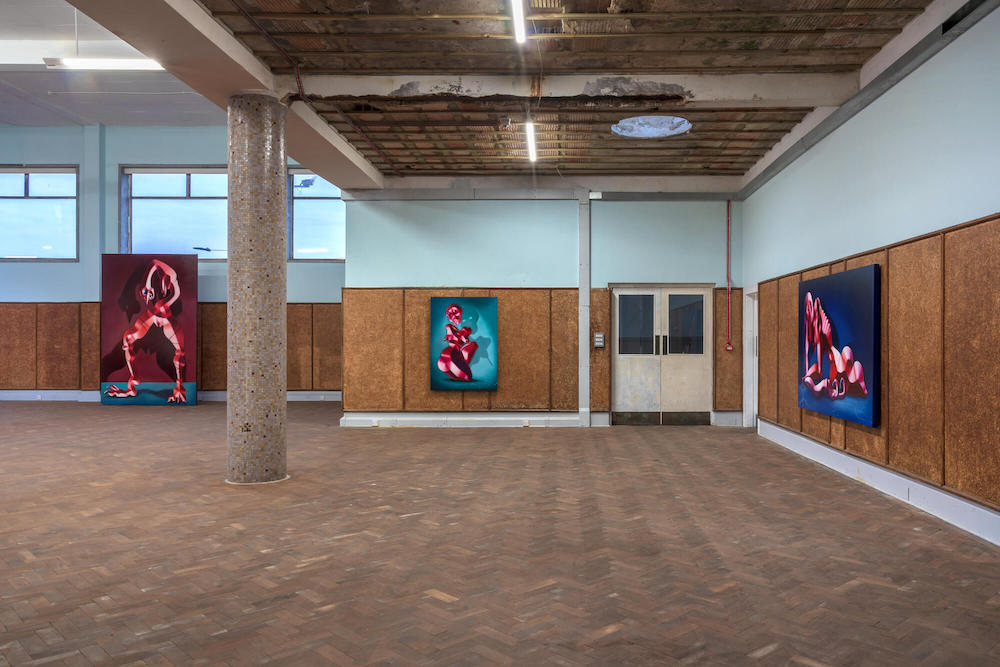 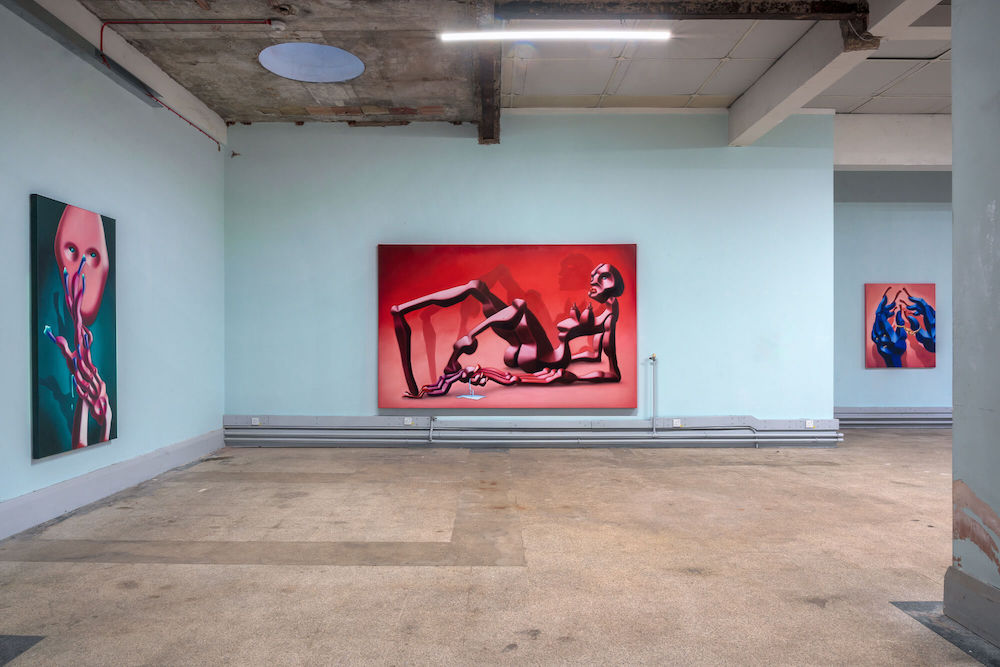 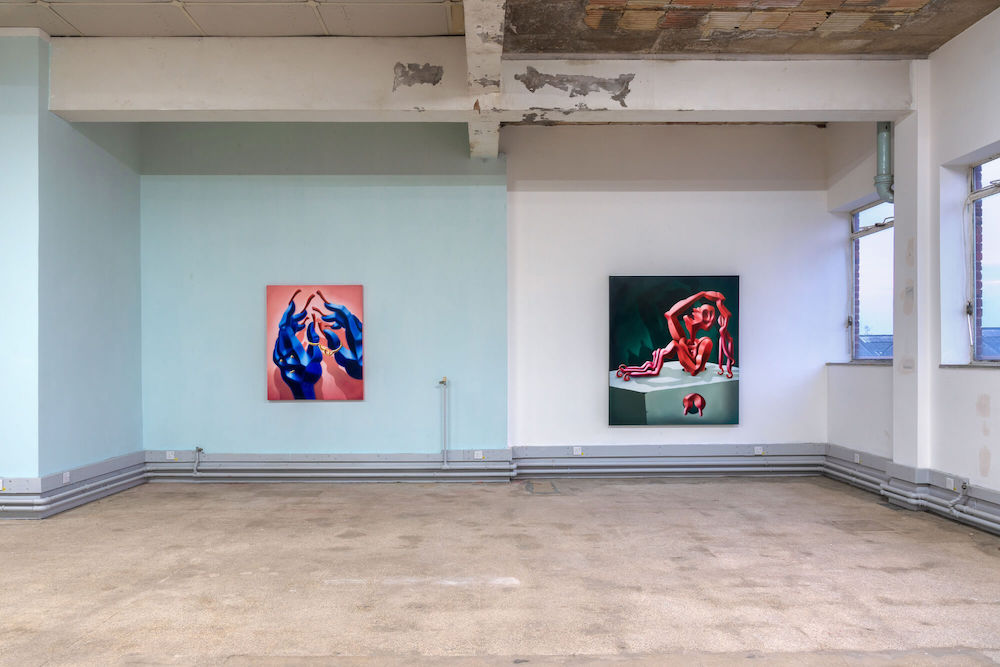 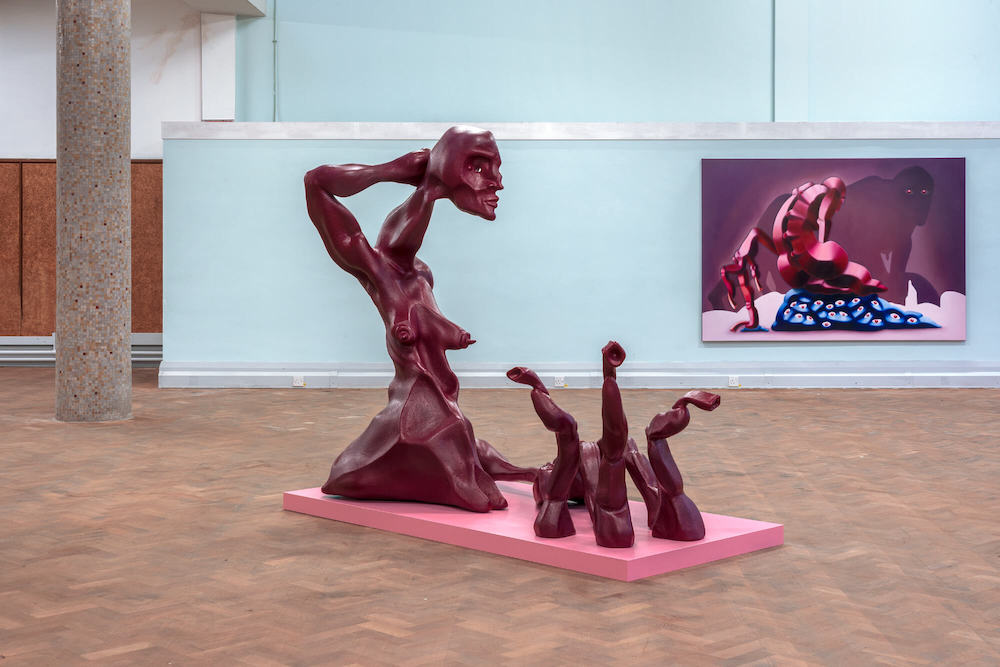 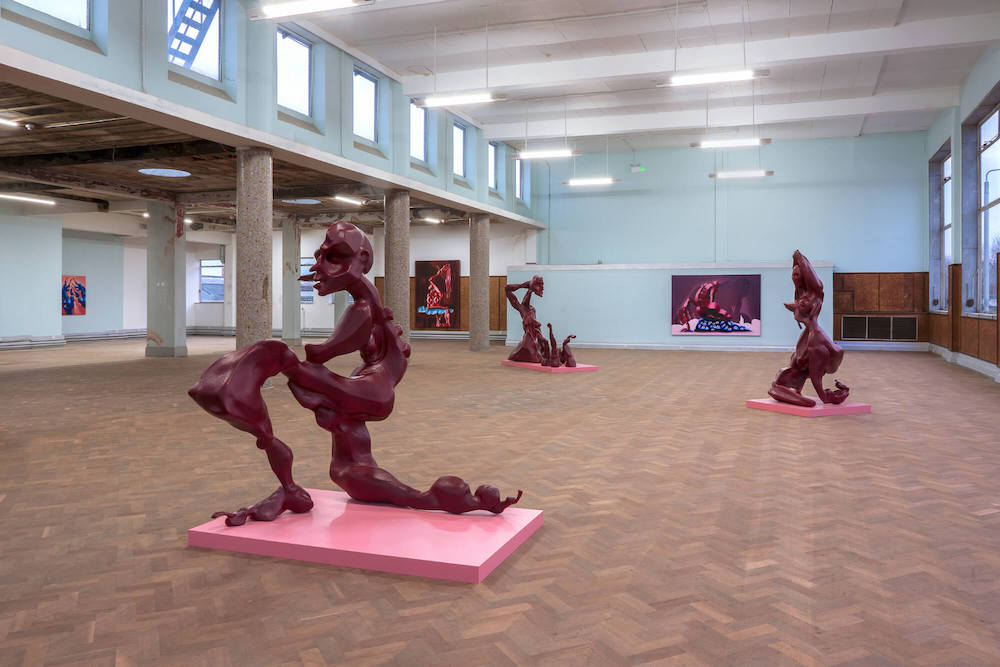 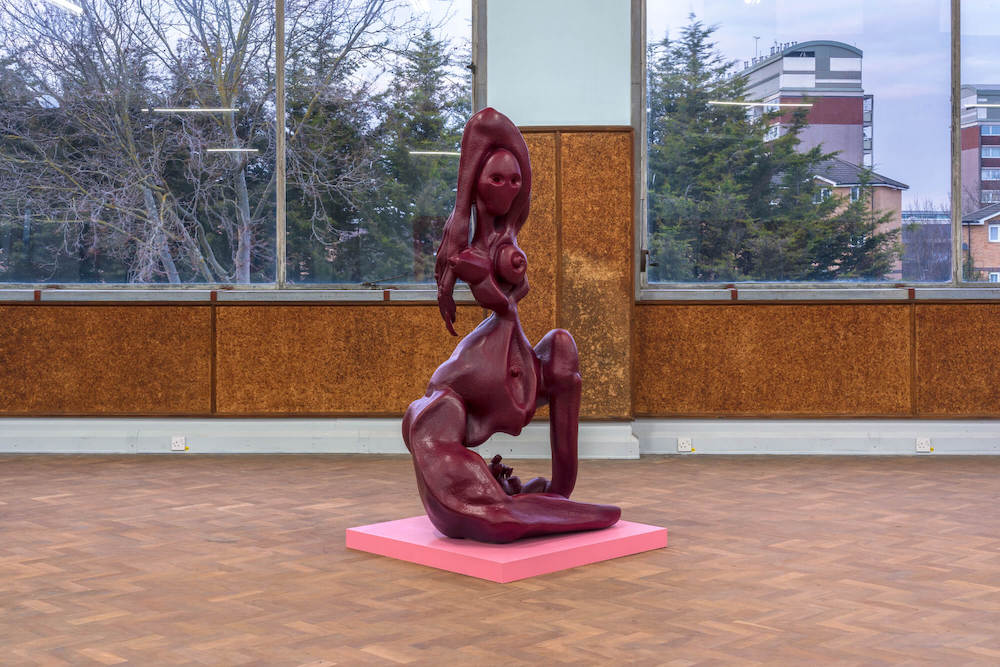 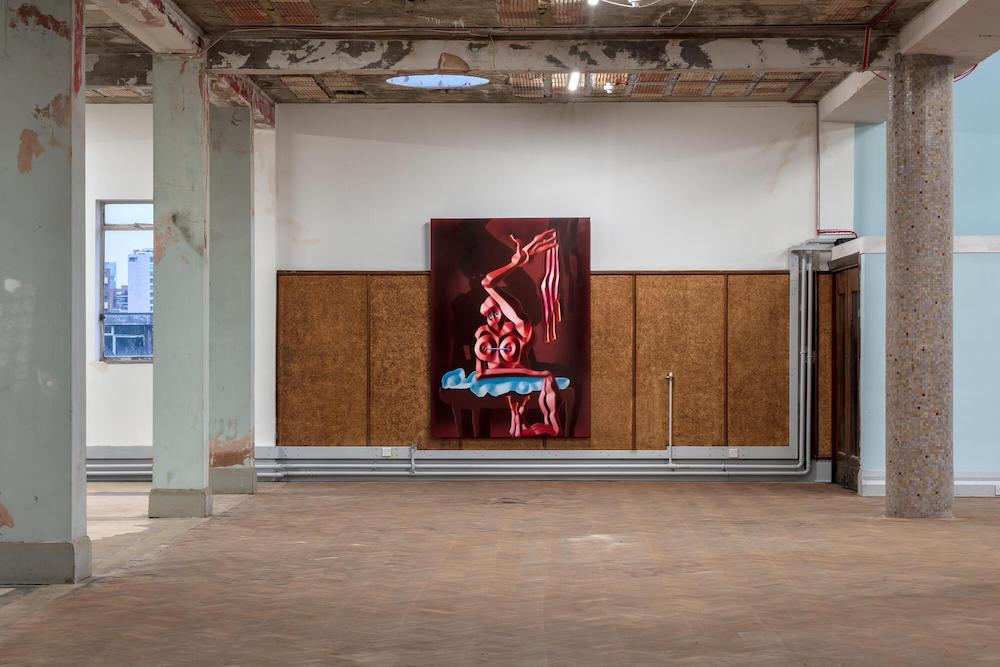 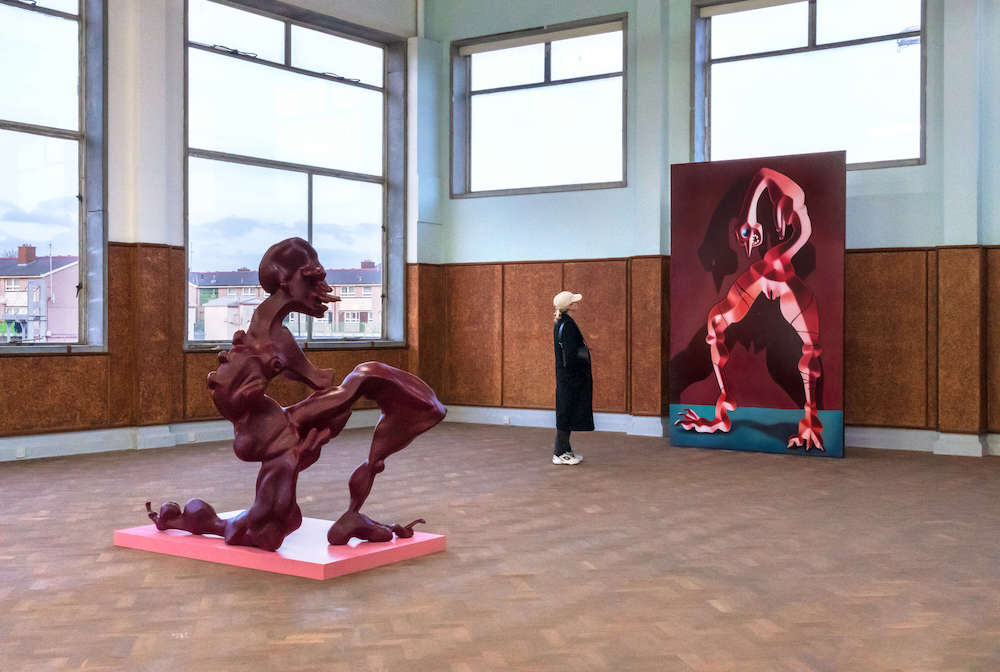 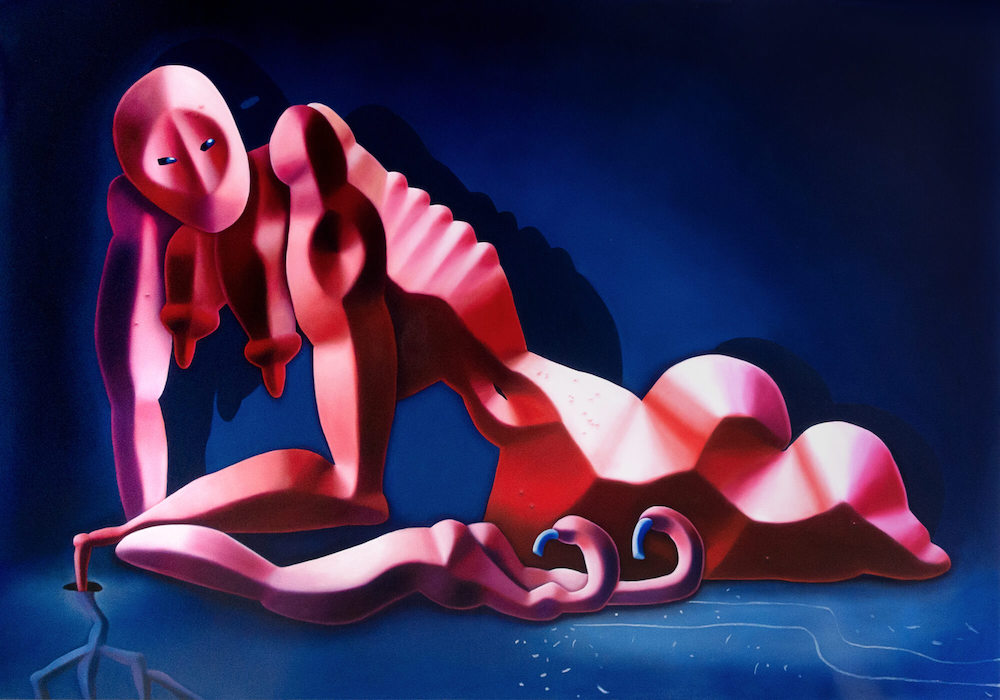 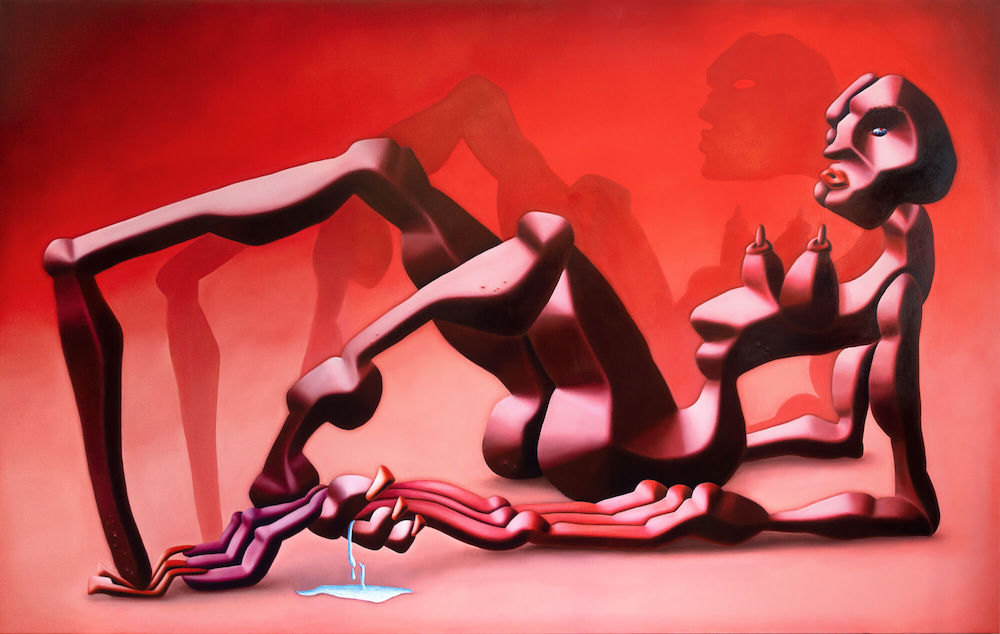 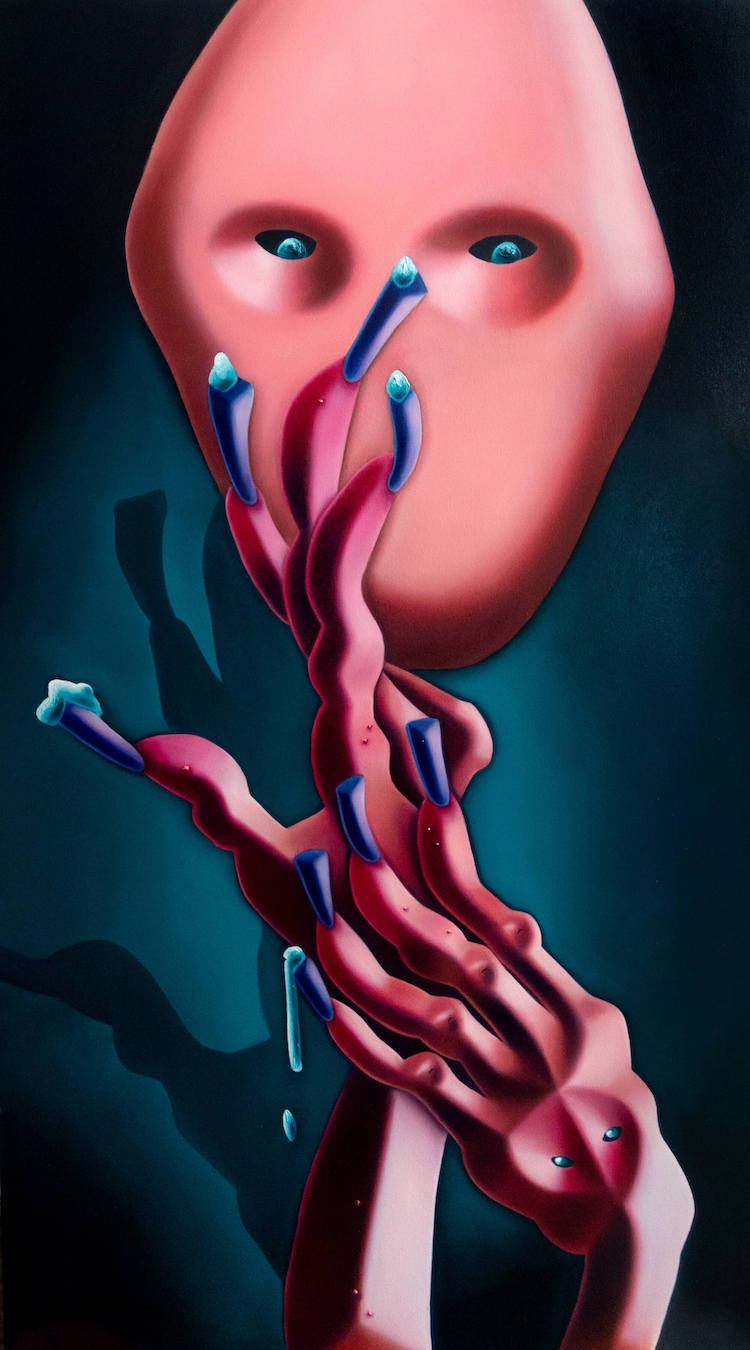 Over the past few weeks which concluded on March 19, 2022, Public Gallery in London was pleased to present Probably Outside, an offsite exhibition of new painting and sculpture by German-Iranian artist Cathrin Hoffmann. In these stylised, distorted depictions, the artist imagines the body as an interface between the interior and exterior, examining the conflict between our inner and outer selves.

Set within the vast space of The Factory, 33 Factory Rd, London, Hoffmann’s anthropomorphic figures occupy its sprawling industrial environment from all sides. In the centre, a trio of monumental sculptural works – the artist’s largest to date – bear down imposingly on the viewer with their hollowed-out eyes and contorted postures. Each a dark monotone shade, their carved exaggerated forms curl and unfold fluidly, yet are punctuated by sharp, angular edges. With protruding vertebrae and zigzagging ribs, it is as though they are caught halfway through metamorphosis – eerie monuments creating creeping unease.

The edges of the space are populated by a series of large scale paintings which continue to challenge the human form, as if the sculpted monoliths have stepped through a window, crossing a threshold to transcend three-dimensional space. While predominantly working with feminine shapes, these painted figures are ambiguous and reject stereotypical ideas of the human physique. They go beyond normative boundaries – existing above mainstream social norms and falling into a state of otherness. A tall, spindly creature’s legs are bound in wire, while nearby a curved character hunches atop a pile of disembodied eyes as its shadow stares out at the viewer. In contrast to their grinning, menacing faces and accompanying looming shadows, they are quietly contemplative. Trapped on the periphery, they are attempting to break free from a battle with their internal demons.

We often present a modified persona to the world, to avoid exclusion and displacement. This discord between the inside and outside creates a mismatch – you may think one thing but do another. While environmental factors may aim to influence us in a targeted manner, and fake news overwhelms our social and cultural zeitgeist, Hoffmann’s work speaks against coercive mimeticism and investigates truth and objectivity by way of self-reflection – tainted with existential anxiety.