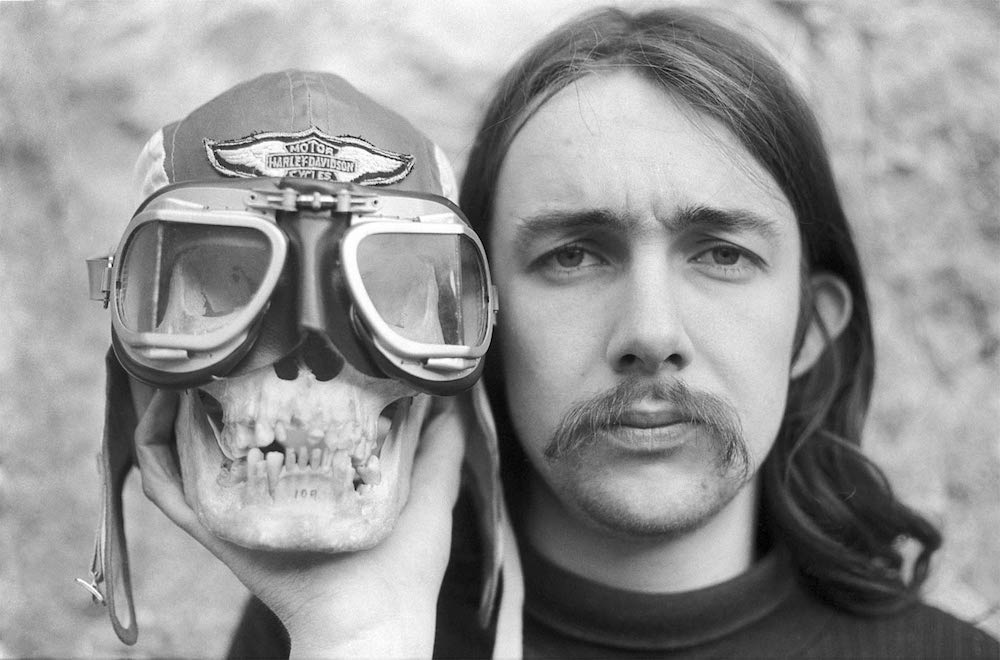 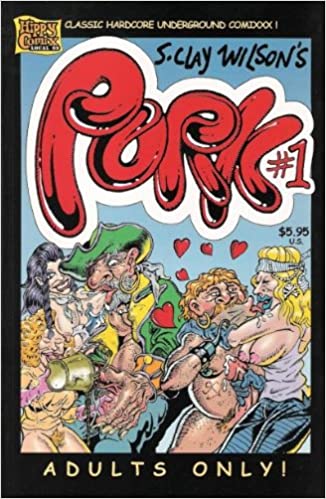 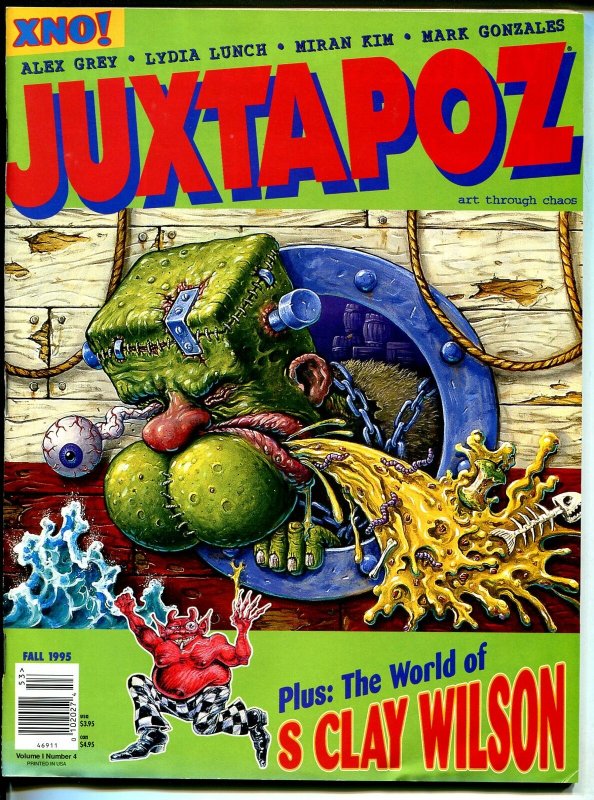 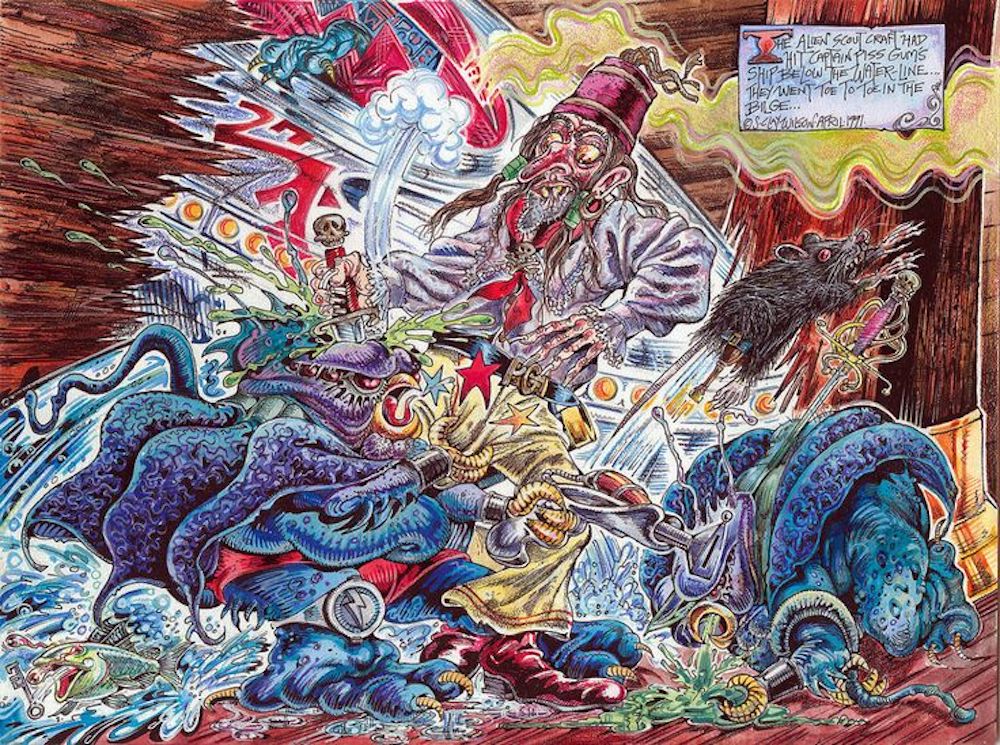 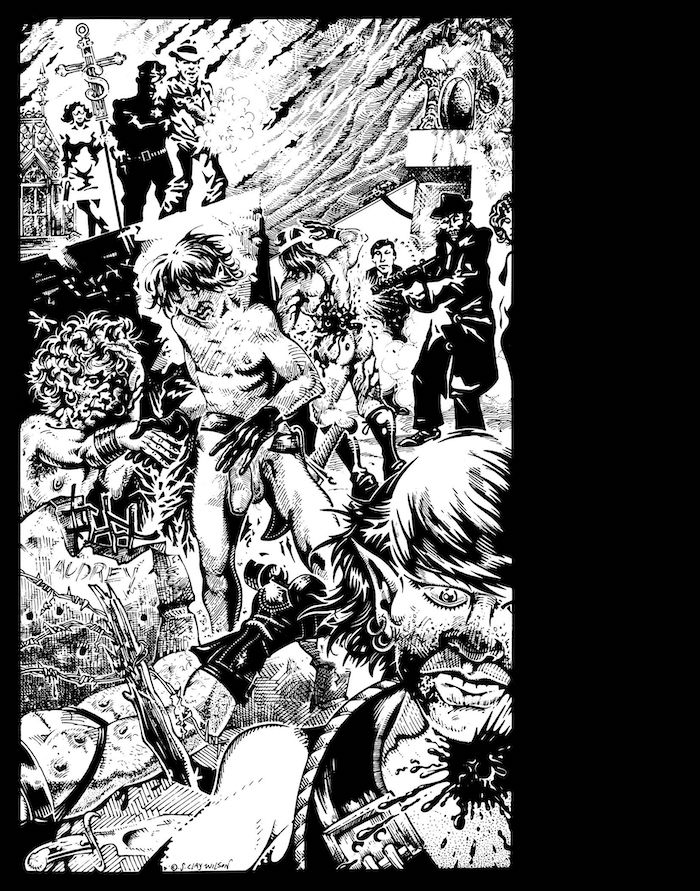 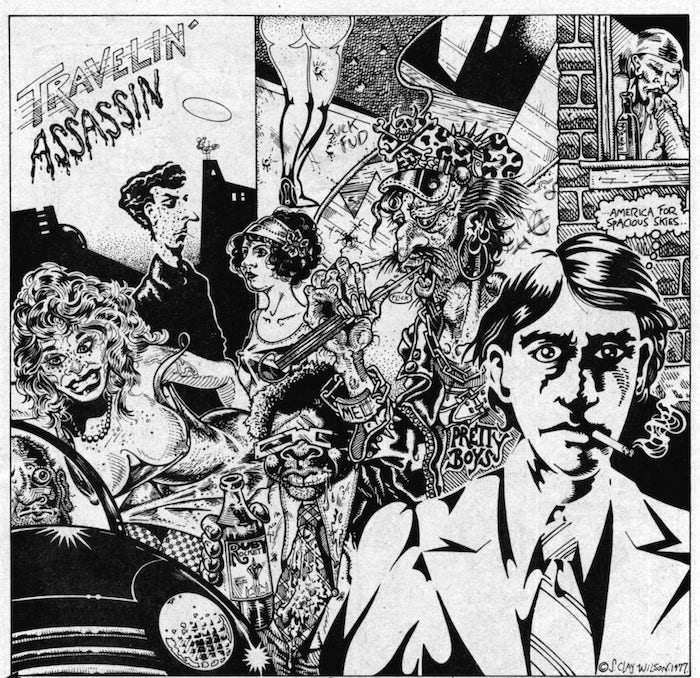 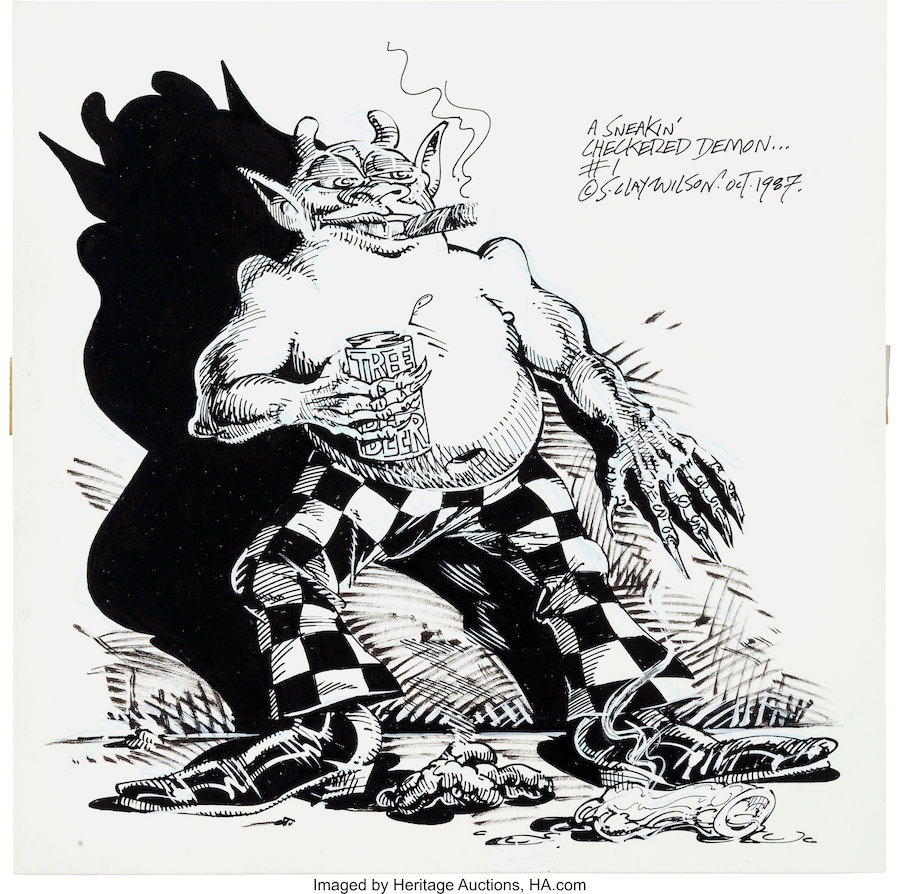 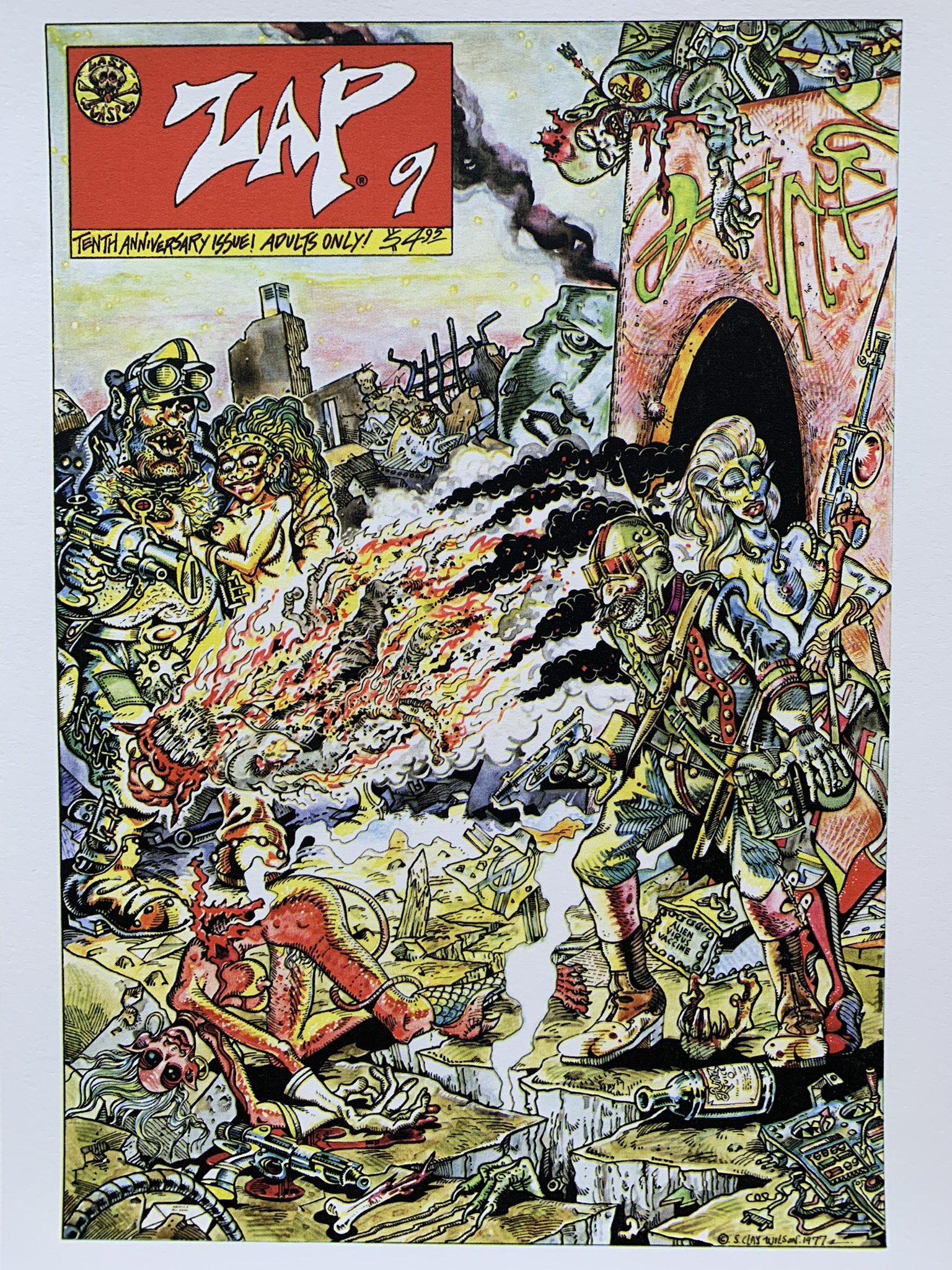 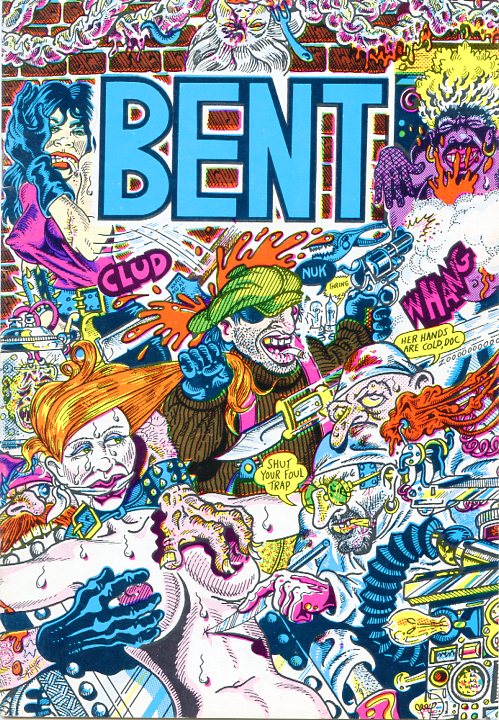 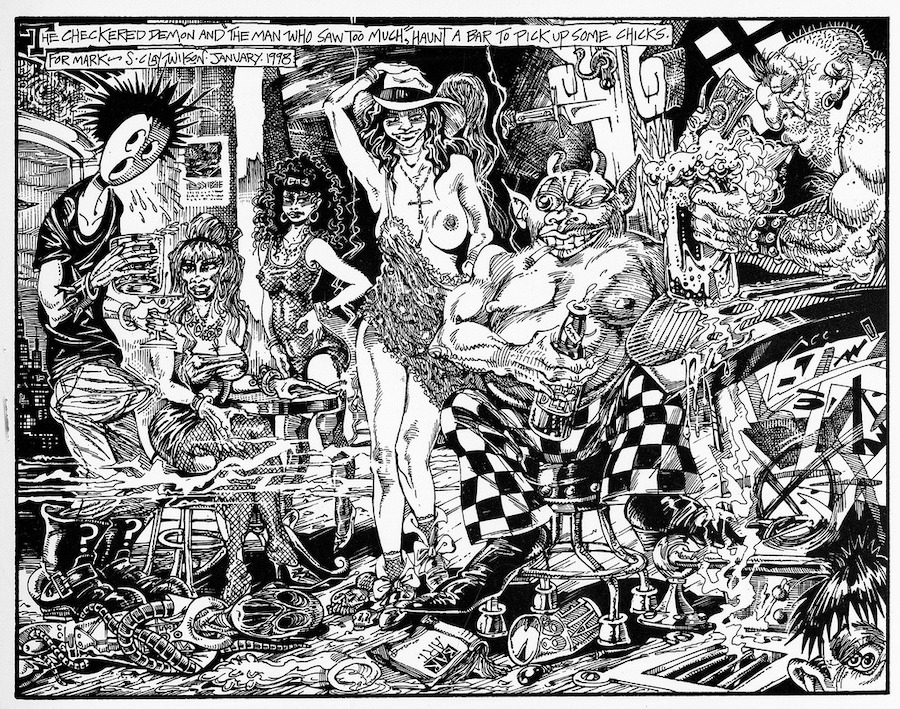 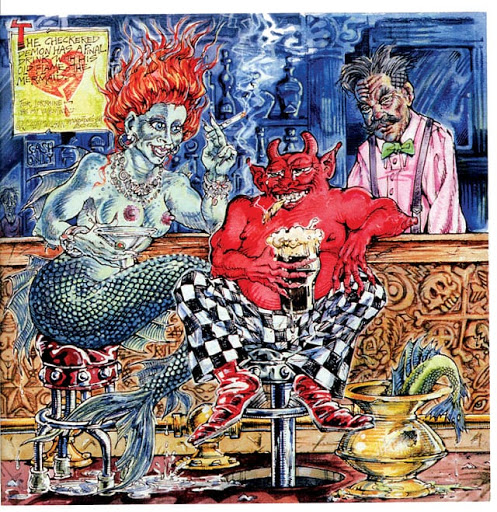 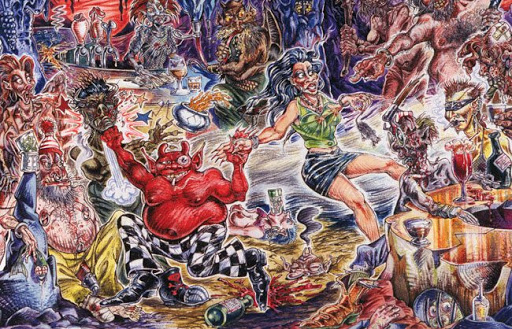 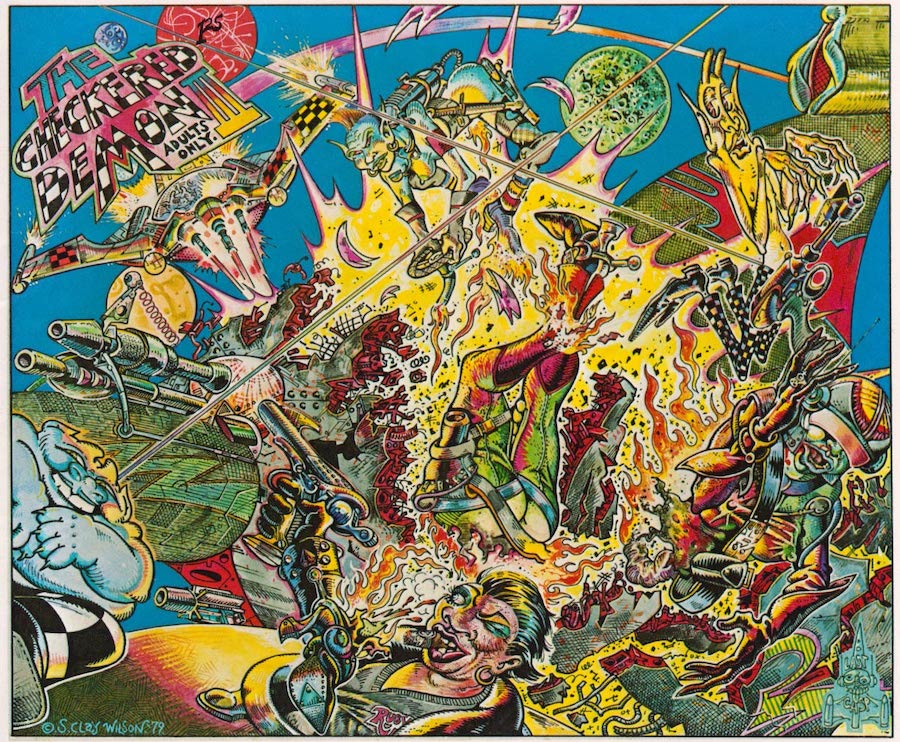 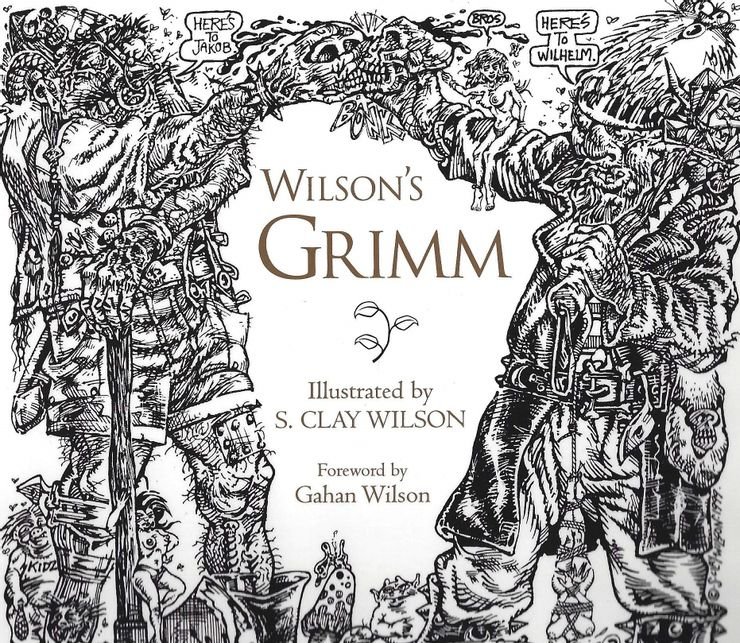 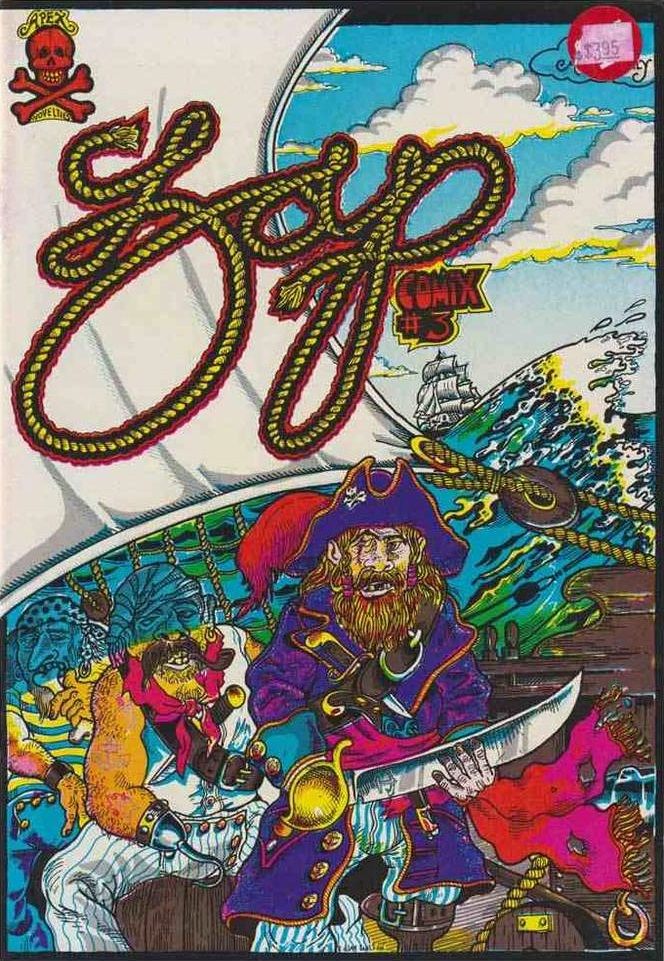 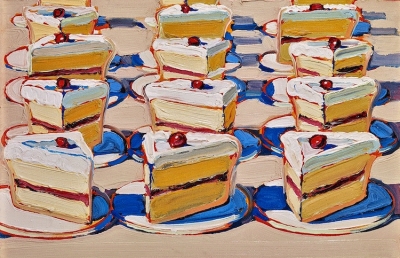 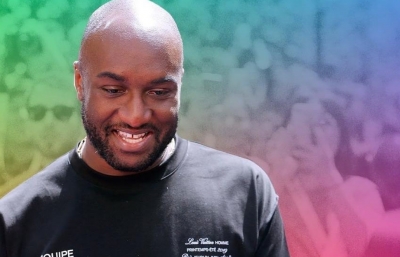 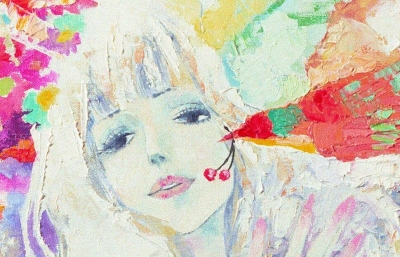 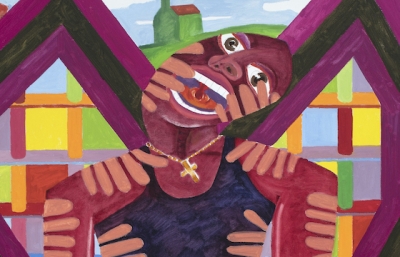 S Clay Wilson was born in Lincoln, Nebraska, the Heartland, the Amber Waves of Grain, son of a machinist and stenographer (look it up, kids.) He got thrown out of the armed services for illegally dispensing drugs as a medic, graduated from the state university and went on to illustrate everything you’ve ever refused to admit you imagined. As Chuck Berry sang, “It goes to show you never can tell.”

Wilson was found facedown in the street and unconscious in 2008, but defiant as ever, emerged from a three week coma and hung on until earlier this week, February 8, 2020. He reveled in comix (Zap and Pork, to name a few), illustrated books by William S. Burroughs, drew his own version of the fairy tales of the Brothers Grimm and Hans Christian Andersen and wrote a pornographic parody of Pinocchio called “Pudocchio.”  He’d Been There Done That and Thought That, so don’t even try. What else can you say about an artist who advised, “just draw the motherfucker and argue later.”

We’ll tell you more in the Summer Quarterly of Juxtapoz, but for now, marvel at his audacious imagination, realizing we won't see the likes of him again. —Gwynned Vitello