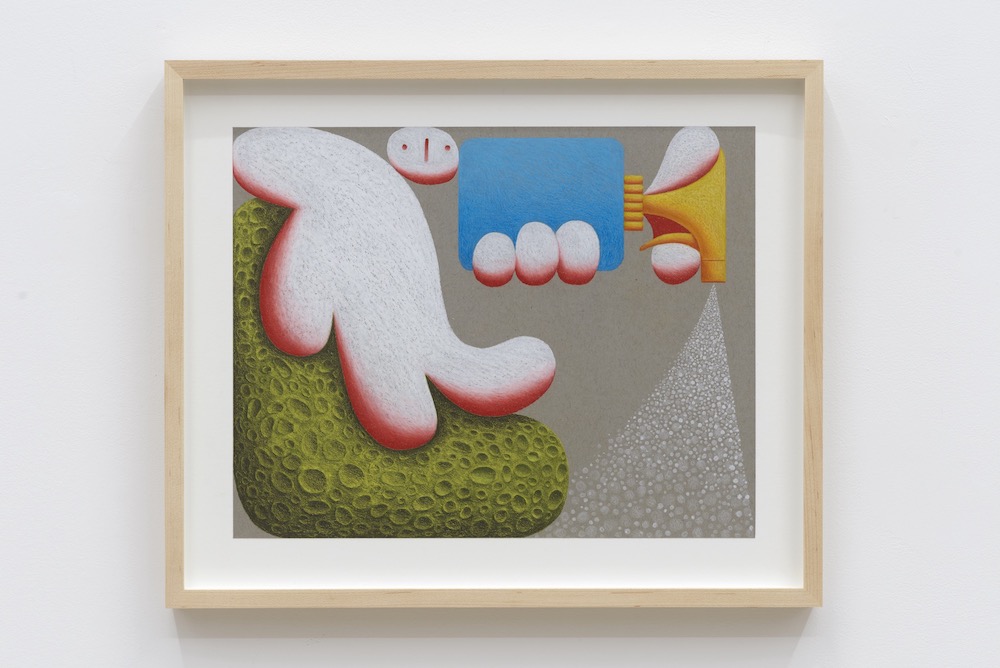 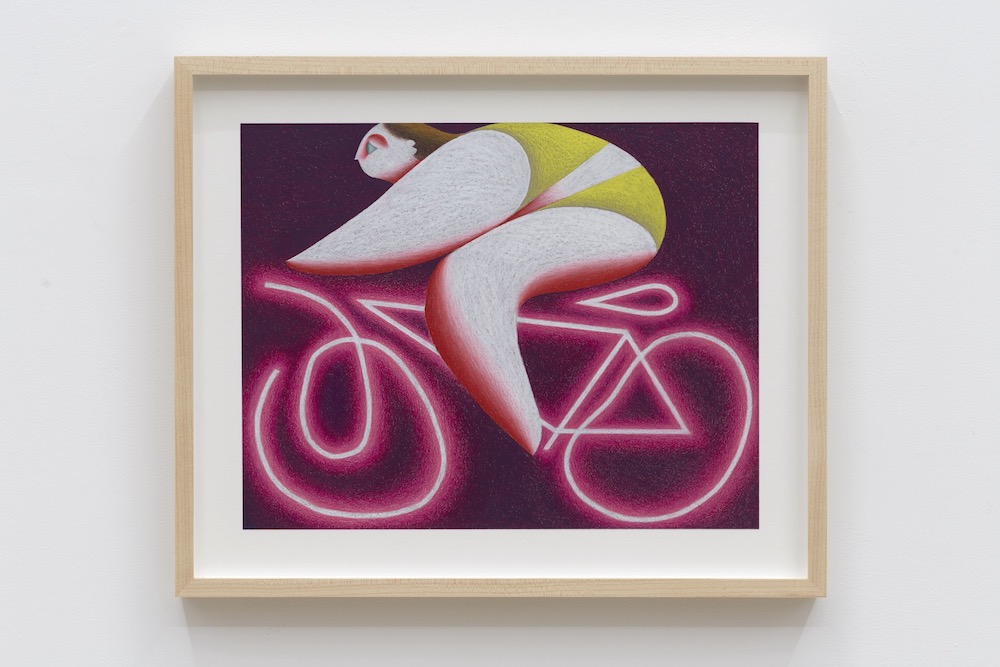 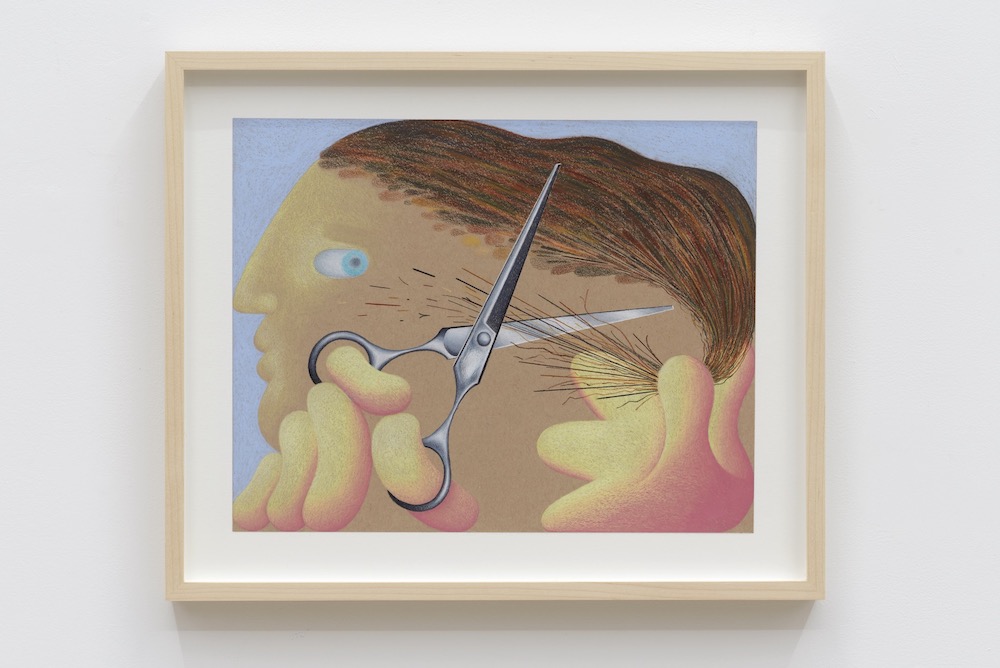 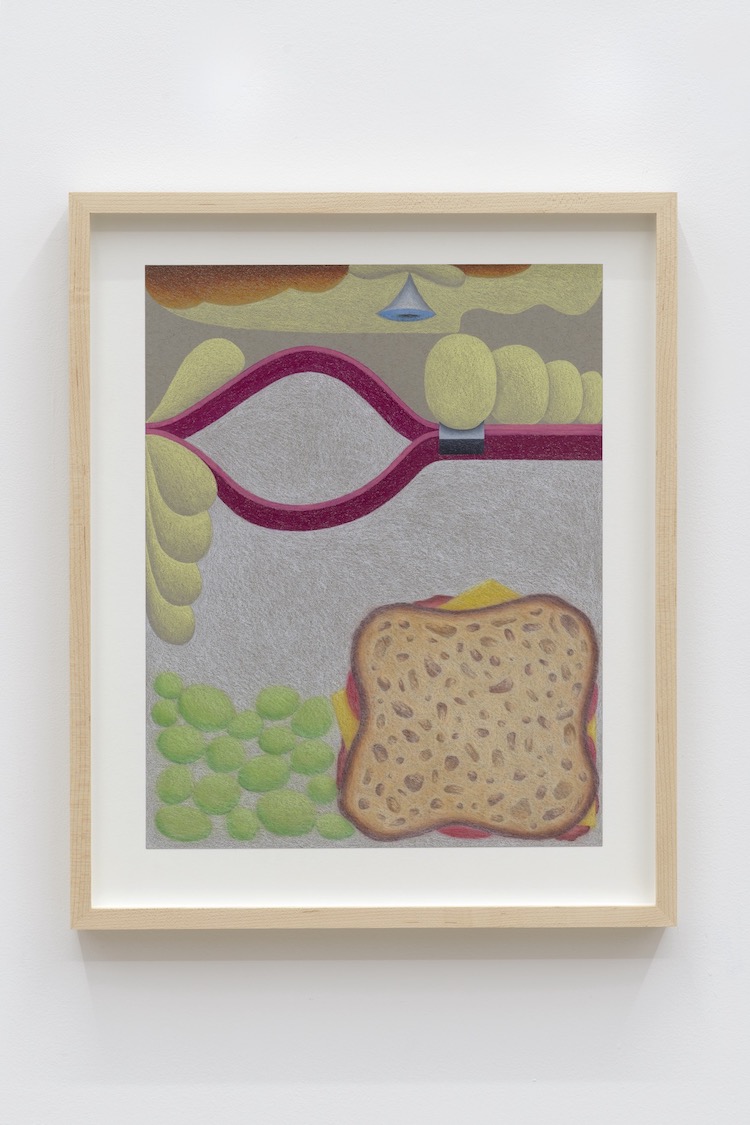 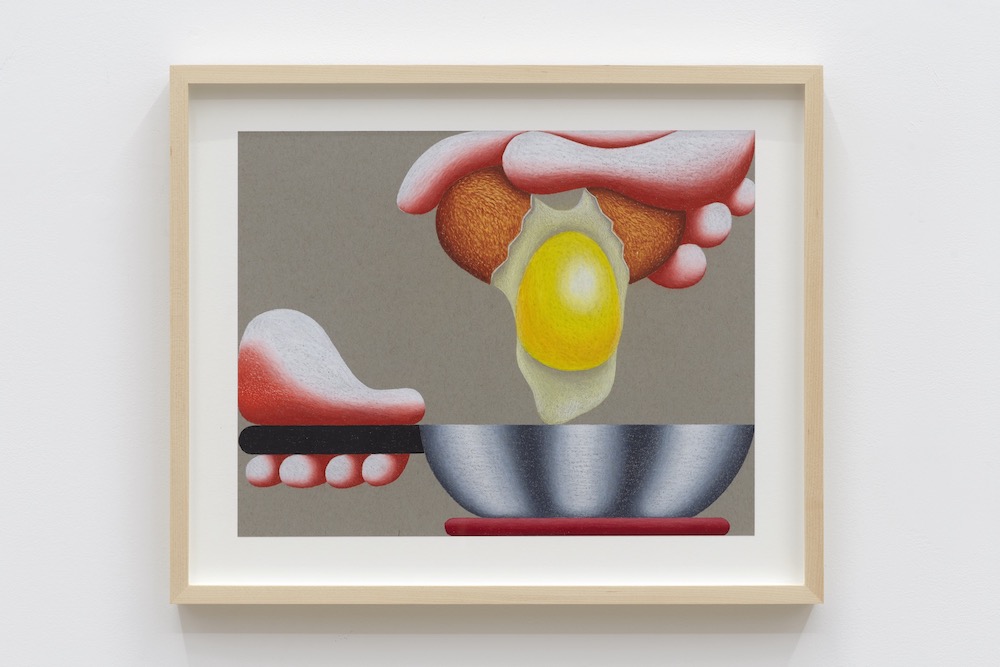 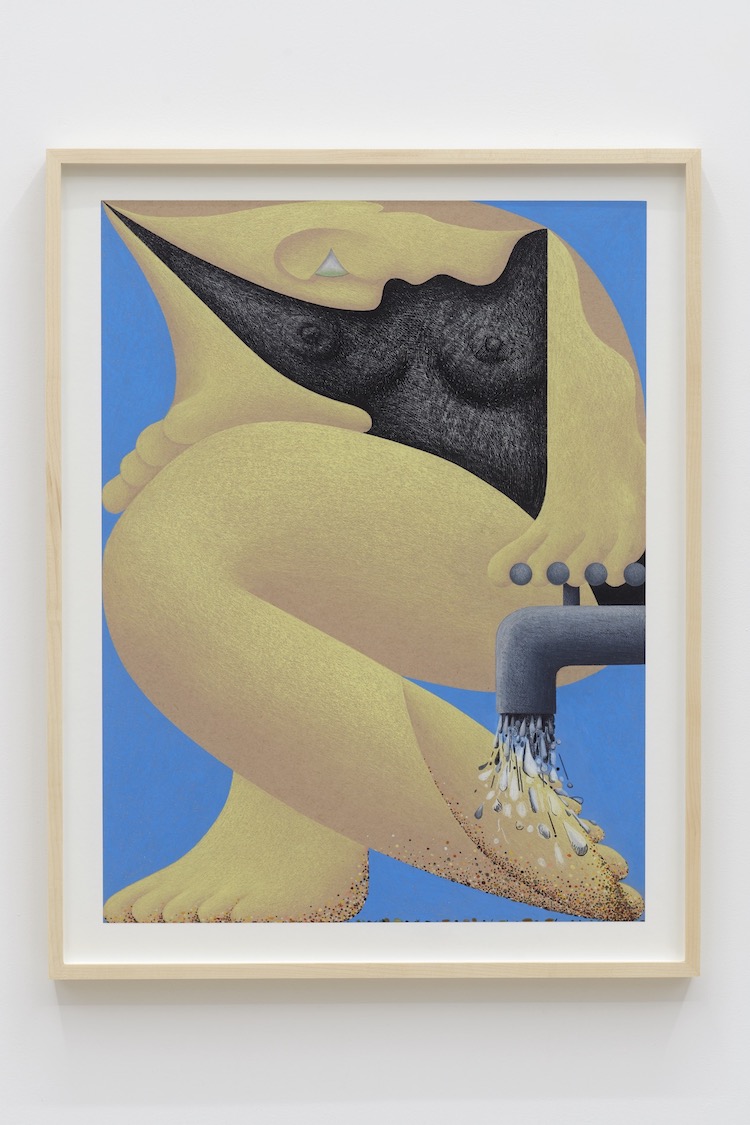 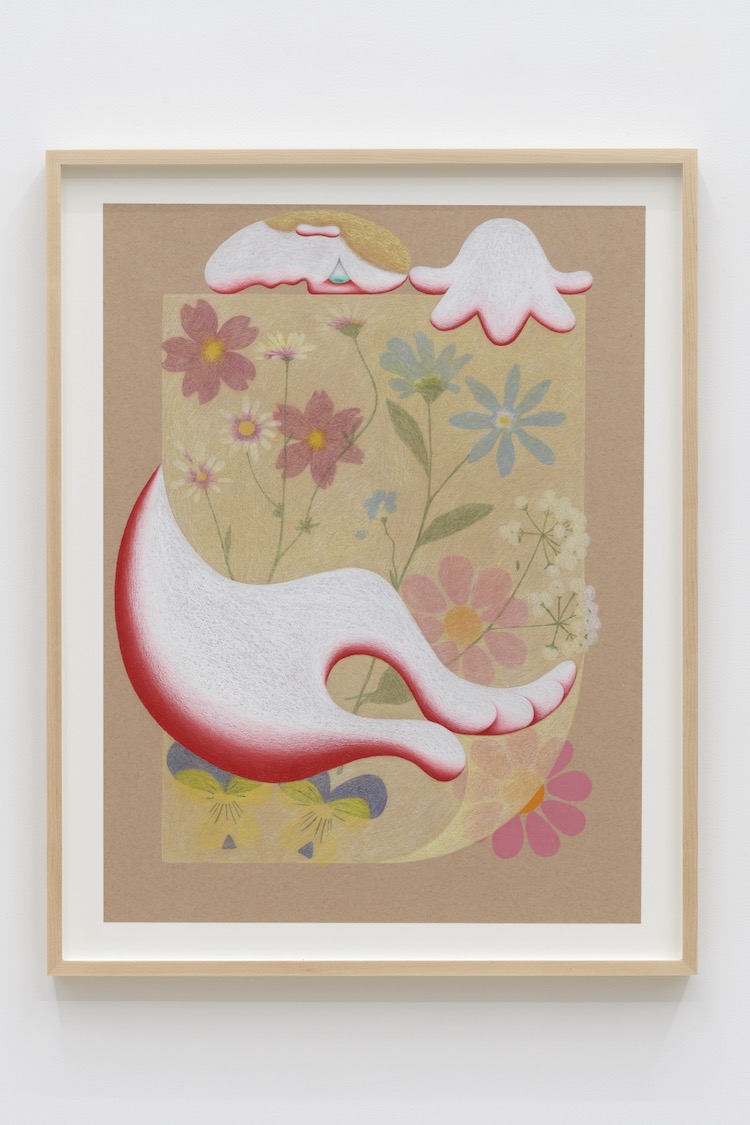 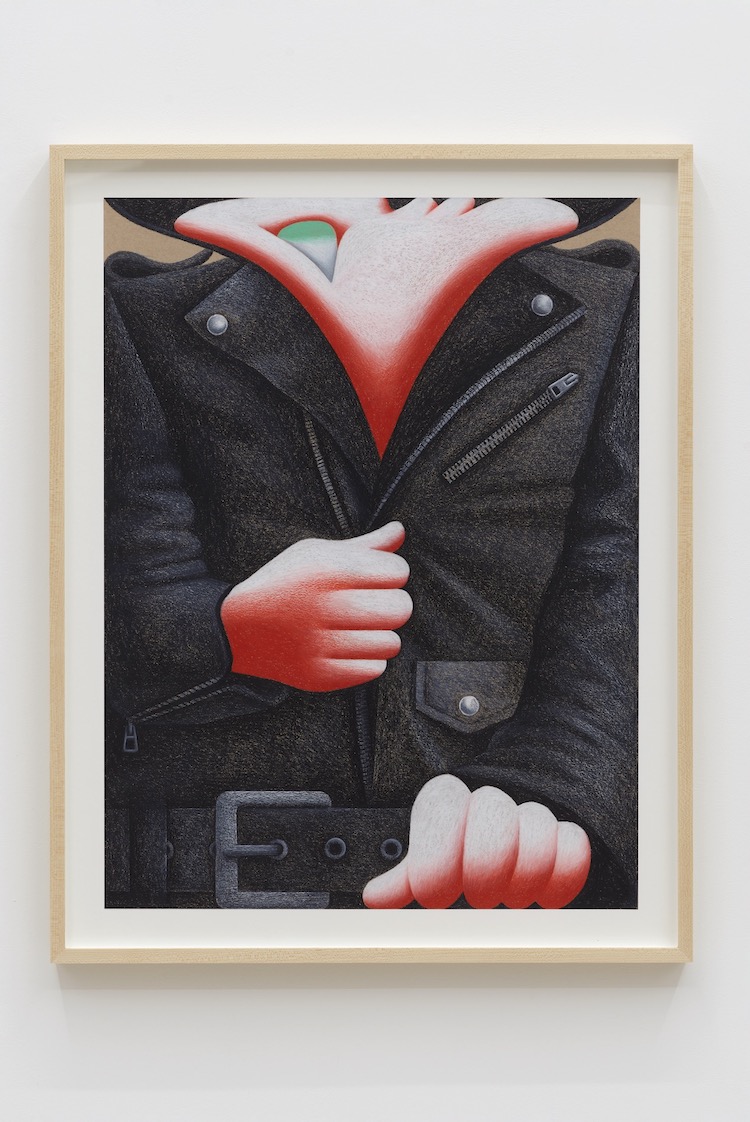 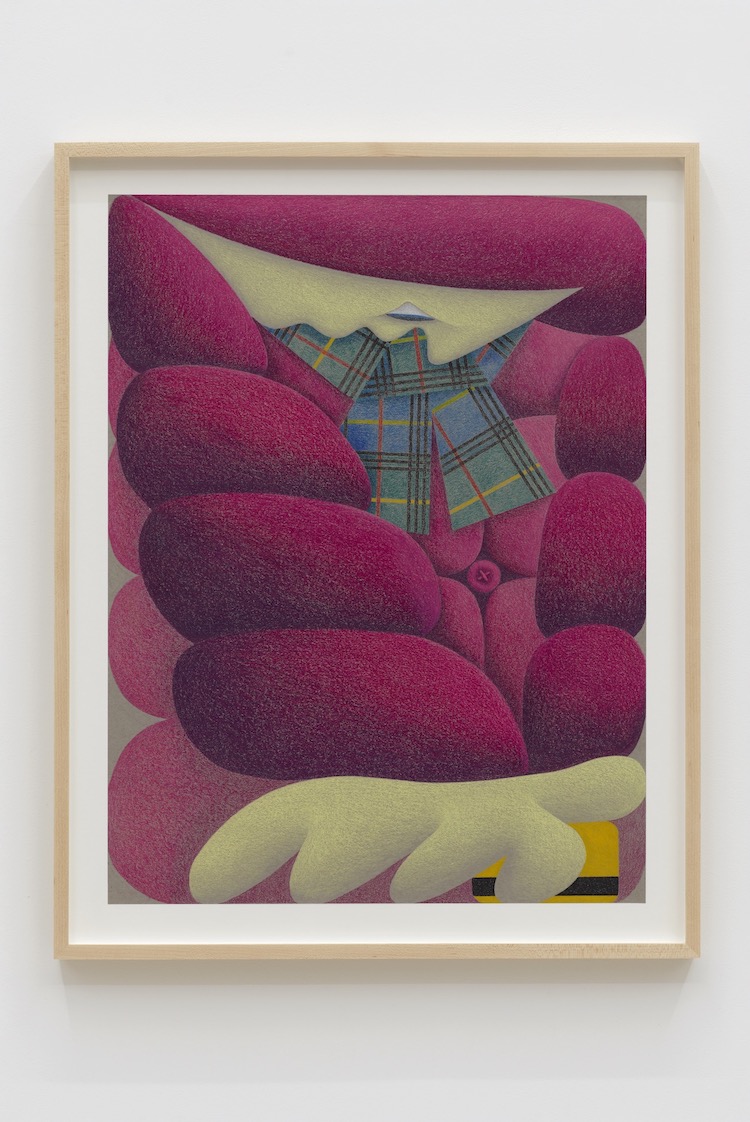 Some nine months since the opening of her last solo show with Moskowitz Bayse in Los Angeles, Eleanor Swordy is back out of her studio/room with a little show that is up for another 2 days over at Tennis Elbow at The Journal Gallery in NYC. Joining an impressive list of intimate, two-week long presentations organized at this unique space since 2017, Brooklyn-based artist is presenting the latest examples of her ongoing series of pastel on paper drawings, part of a larger series of drawings that will be published in a forthcoming book which is set to be released later in a year.

When thinking of Swordy's work, one is envisioning rich textures, vibrant color choices, and rich compositions suggesting elaborate, borderline fantastical narratives. As a master of composing the right amount of exciting elements to create impactful and intriguing visuals, both in a technical and contextual sense, it's so great to see the artist using her strong point when working with a completely different technique. "With drawing, I see an opportunity to approach the work with an attitude of decisiveness and clarity that is often elusive in painting," the artist told Juxtapoz about how her creative process differentiates between the two mediums. "Drawing feels particularly conducive to accruing visual information and being compositionally inventive while working on a shorter timescale." Such inventiveness comes through in a way she's fully utilizing the format making essentially small work appear powerful and big, as well as often including the blank paper/negative space as the key element of the work. Combined with the intricate mark-making which constructs rich surfaces and convincing volume forms, her heavily stylized drawings are actually depicting surprisingly common and recognizable scenes. "I thought the subjects should feel analogous to the immediacy that making drawing delivers so I centered on quotidian vignettes," the artist explains how the shift of focus informs the atmosphere of these images. "Whereas the figures in my paintings are often preoccupied and at a distance from the viewer, I hoped the subjects of these drawings could make themselves available by behaving in a way that felt recognizable and accessible."

And while we truly enjoy her rich painterly technique, Swordy admitted to us that drawing is the core of her practice, regardless of the outcome. Although bigger scale paintings allow for the creation of complex dialogues between thick, bold gestures, grainy surfaces, silky gradients, and different points of view, her drawing practice informs different technical and compositional challenges. "The pastels deliver a lot of saturation and texture while also having a very subdued nature, which is to say they don’t fight back as much as oil paint so you can occasionally get the upper hand," she explains the important difference she likes to experiment in her works on paper. "I love that you can get really sharp clean lines when working on paper so I try to weave tautness or tension into the subject and composition. I also started layering opaque colors on top of each other and scratching back into it to create an ‘etched’ crosshatching effect, which builds a nice weight against the open space of the blank paper." And surely, this layering of different hues and crosshatching technique constructs some of the most velvety depictions of surfaces. Whether it's a sand grain stuck on a foot sole, the shine of a tight leather jacket, the richness of a porous sponge, or the perfection of an eggshell, Swordy's drawings are hiding exciting surprises both in the complexity of details and the actual simplicity of the overall image. —Sasha Bogojev