It's a funny thing about the Beatles. The experimentation of the 1966-67 period was bookended by the international craze of Beatlemania which made them the most popular musicians ever and the mature, art-pop rock of the late 1960s when they became more individual artists as opposed to a "group." But in 1966 and 67, the Revolver and Sgt Pepper's Lonely Hearts Club Band years, it has sort of become the "Beatles sound" era, the one where if a band makes a song that even remotely sounds like psychedelic pop, they think of this version of the Beatles as the influence.

Let's look at 1967 alone. They had already released the "Strawberry Fields Forever/Penny Lane" double A-side in February, the monumental pop triumph of Sgt Pepper's in May to usher in the Summer of Love, and had a #1 single in "All You Need is Love" in June/July. They were literally at the height of their influence and powers. So why not up the LSD intake and make your own made-for-television surreal comedy for a British audience as a little end-of-the-year celebration?

Released on December 26, 1967 in the UK, oddly in black & white as opposed to color, the Beatles gave a nod to Ken Kesey and the Merry Pranksters with sort of random magicians on the countryside film. The songs? "I Am the Walrus," "Your Mother Should Know," and "Fool on the Hill" are great, and the visuals are peak acid trip. The 2012 remastered Magical Mystery Tour DVD, which is the trailer above, shows some of the background of the Beatles-directed film. The album that came from this was a EP in the UK and official LP in the US, released before Christmas with the US version taking those 1967 singles along with songs from the movie.

We love this film the times we have seen it because it shows the most famous band in the world, a bit in a haste to make something happen after their longtime manager, Brian Epstein, died that summer, experiment in such a commercial way. They were at moving into the zenith of their songwriting powers, and they made a film that was heavily influenced by psychedelics. It's a beautiful mess. As much as pop stardom today has this sort of debauchery, its more in the form of paparazzi and carefully constructed public personas. Magical Mystery Tour starts perhaps the dissolution of the Beatles (not because of the film, but the strain begins in early 1968), but its still a thrill to watch. 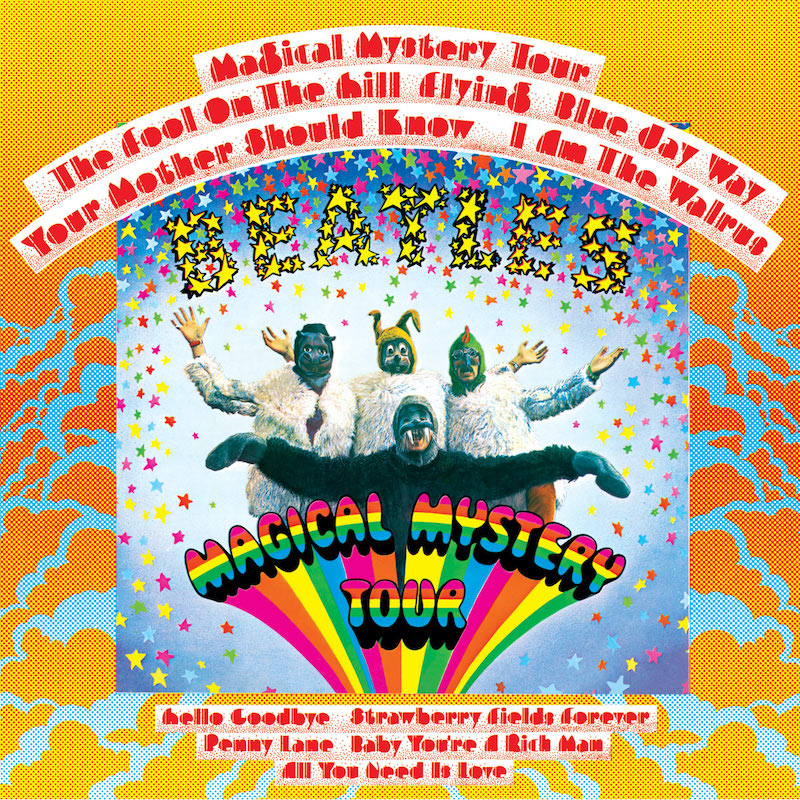 Cover of the US version was designed by John Van Hammersveld. 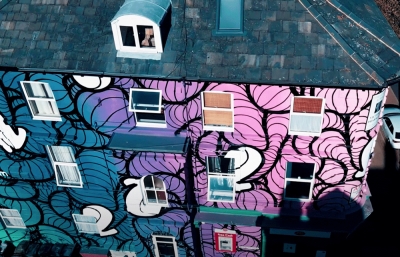