Ahead of his collaboration with Vault by Vans we spent the day talking with artist Geoff McFetridge at his Los Angeles studio. The resulting short film strips away context, color, and familiar visual cues, asking the viewer to sit in a quiet, reflective space with Geoff as he shares his thoughts about building a visual language, the magic of objects, and applying his process to designing shoes and apparel for Vault.

The film is the second in a series exploring the creative process of artists collaborating with Vault by Vans. Watch the first in the series, featuring Ray Barbee, here.

The Vault by Vans x Geoff McFetridge collection is available at Vault by Vans retailers. For more information and where to purchase, please visit The Drop List, a calendar of Vans’ most exclusive product drops. 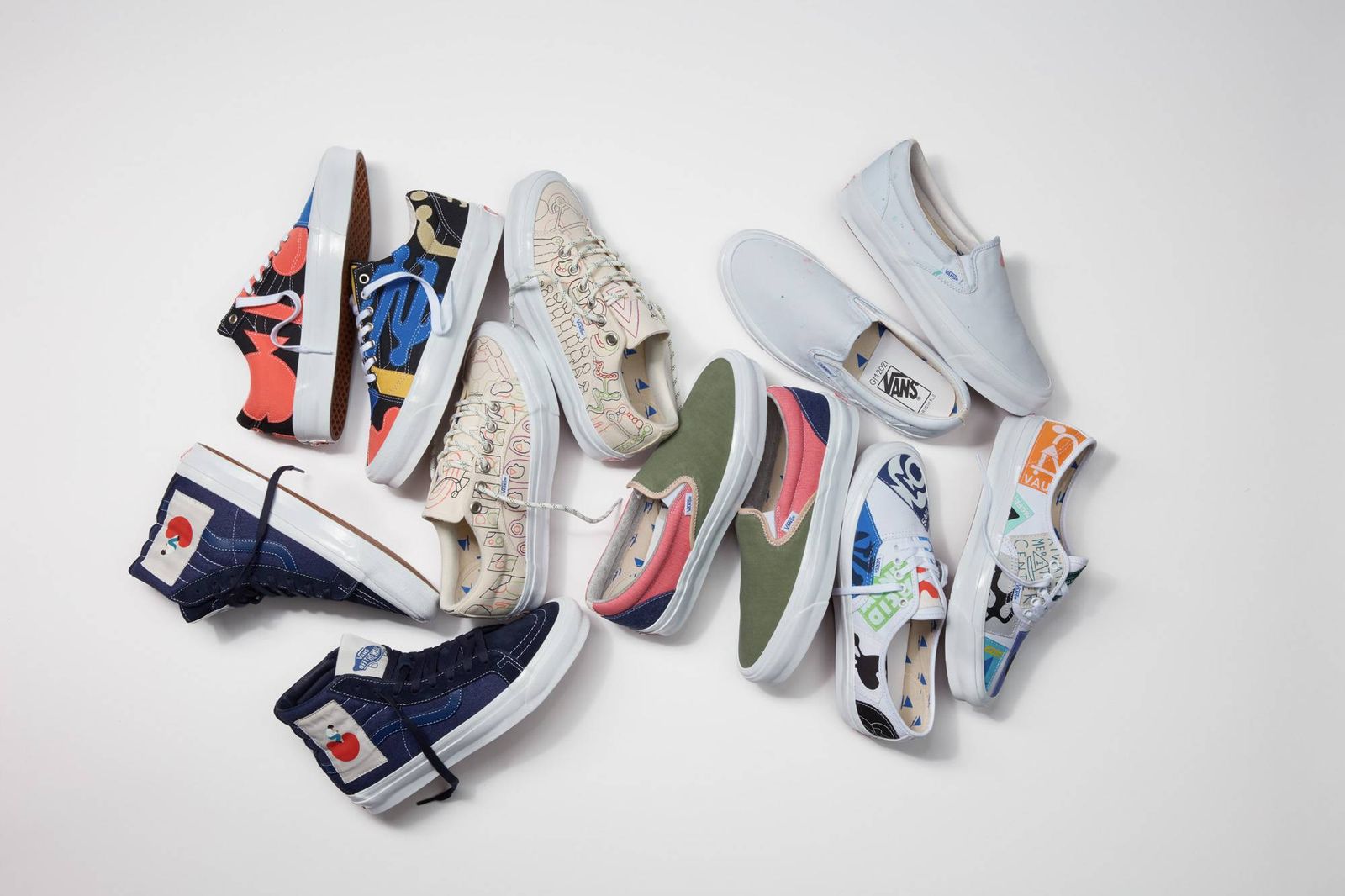 Juxtapoz: What do you think is the difference between invention and discovery?
Geoff McFetridge: The reality is, when I'm talking about invention, I think discovery is a better term. I'm always questioning it. I say invention, but the reality is I'm working in a world that revolves around literacy and we've all seen things our whole life. We all understand things. Most of us share a language. It's like playing with blocks, it's playing with what I have and finding new ways to use what I have as a human within the culture I've been given. There's a therapy aspect to creating. It's about self-discovery. To some degree, when I say invention, it's because it's an inward process.

Do you think that because it's so personal it makes it easier for that connection to happen with the audience?
I'm not going to come up with something that's truly foreign where you're just like, "actually, I don't know what this." I mean maybe it does something for you, but when I'm going within, what I'm doing is I'm reaching into something that is personal and feels maybe... generous. And that generosity is sharing something that is language we all have. And I can reframe this stuff that's sort of internal. It's sort of the opposite of research, which is this surface. It's what does that surface become once we've almost like, chewed it up. What is the bolus in our stomach that's what we see and what we know? It forms this other thing and that's the stuff that's super fascinating thing to me because that's the stuff we all share. So we share these things where there's this common language and that's the territory that I operate in.

How did you find a way to communicate those things in your own way?
I guess it's a little trippy, but I feel more like someone who's writing poems when I'm starting a project. I think like early on you maybe feel like you're a poet but you have to also invent the language. Right? Like, imagine being a poet and you're like, "Oh, okay, well I need some vowels and I need some concept or whatever it would take." And this is sort of like void and I just feel like I can set about it like a poet. And you think, "Oh, these are some stupid words and these are some fun words and this is dark. And this explains how I feel. And this is sad. And this is my love for someone in my family. You can sort of start to... be able to do that. I have this starting point, I have that with my own sort of language and vocabulary now.

Juxtapoz and Vault by Vans Present: Geoff McFetridge was directed by Justin Carlson and Alex Nicholson. Music was composed by Csisterna and color by Andrew Francis.