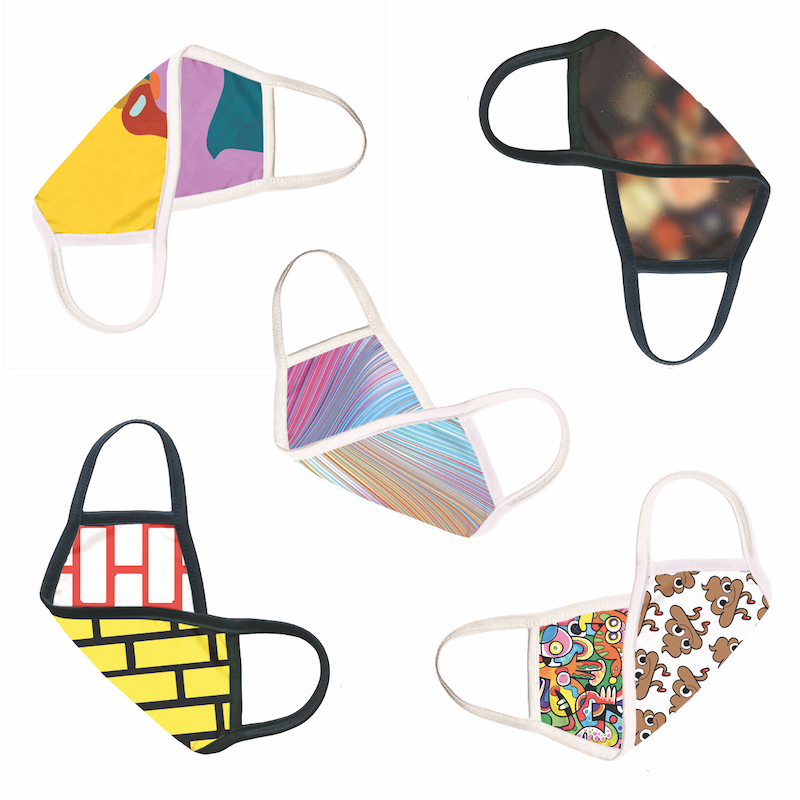 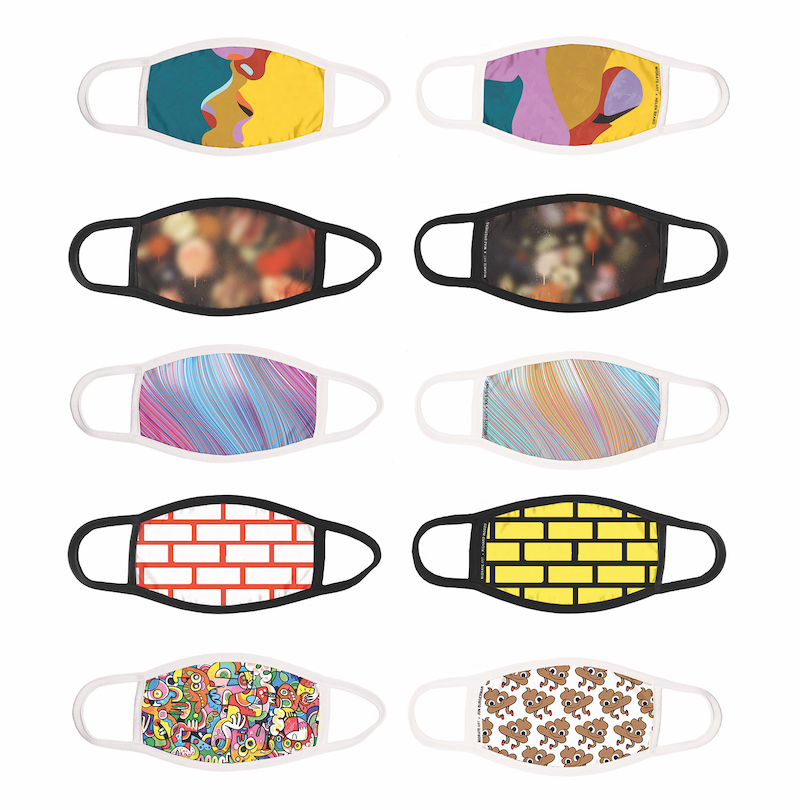 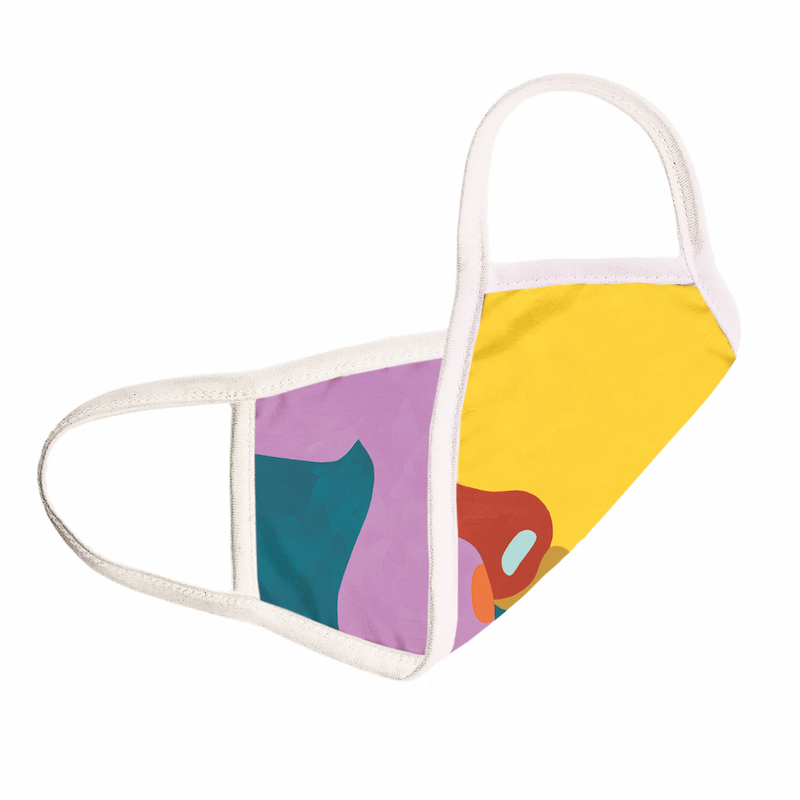 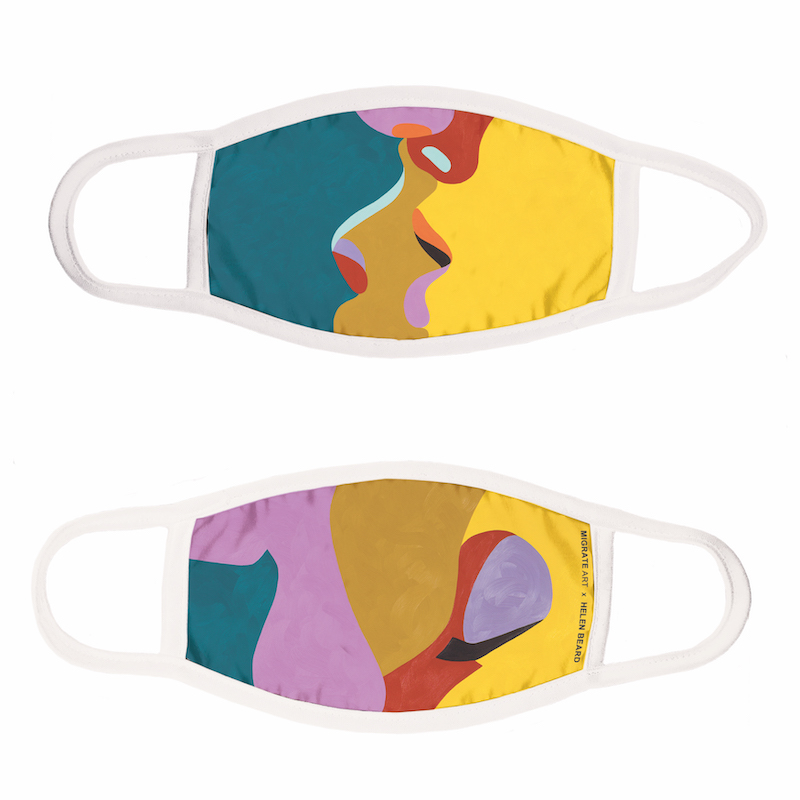 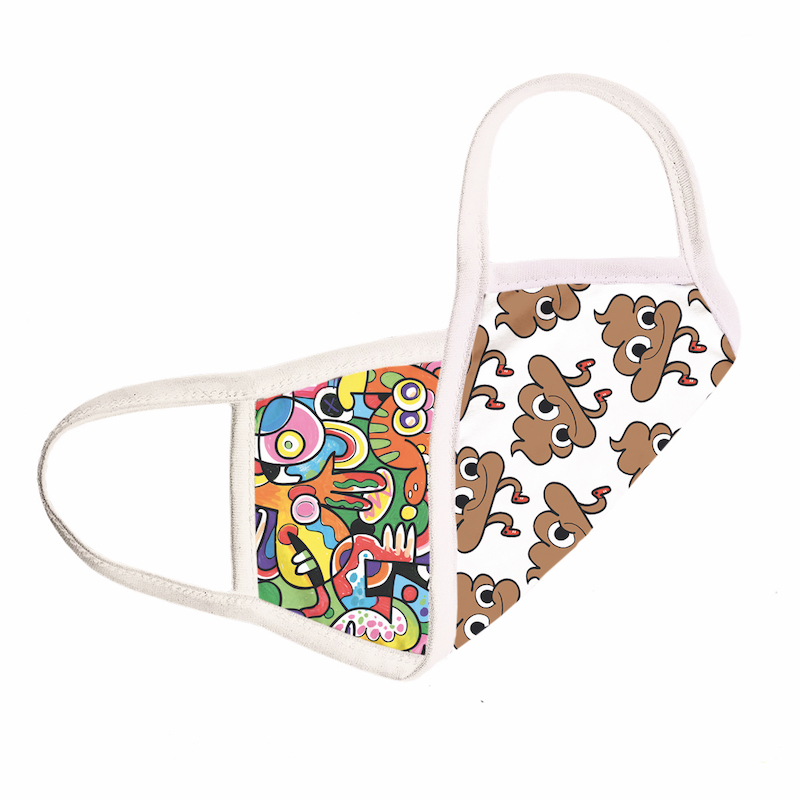 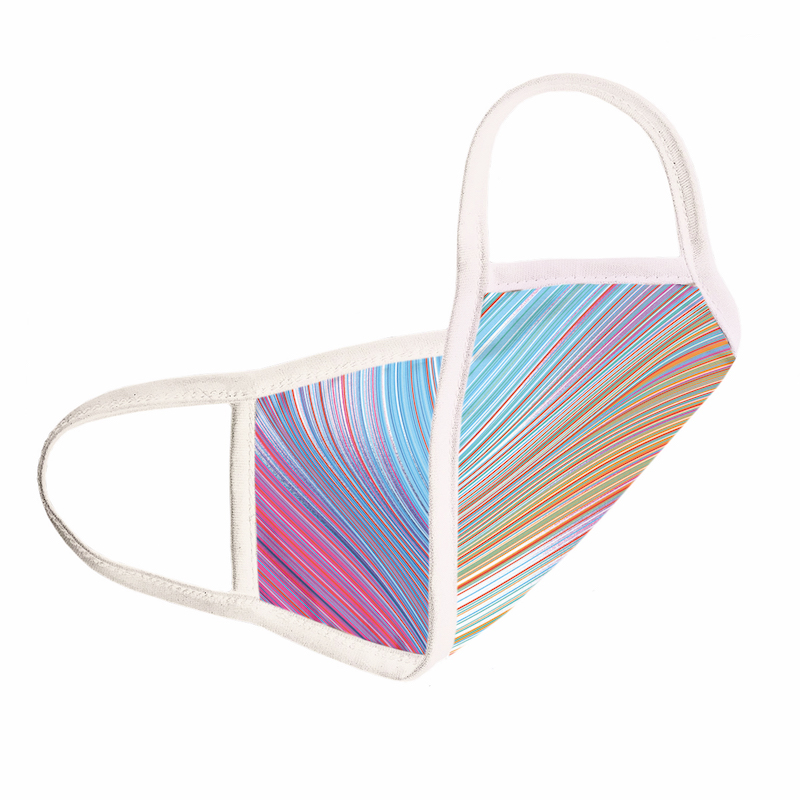 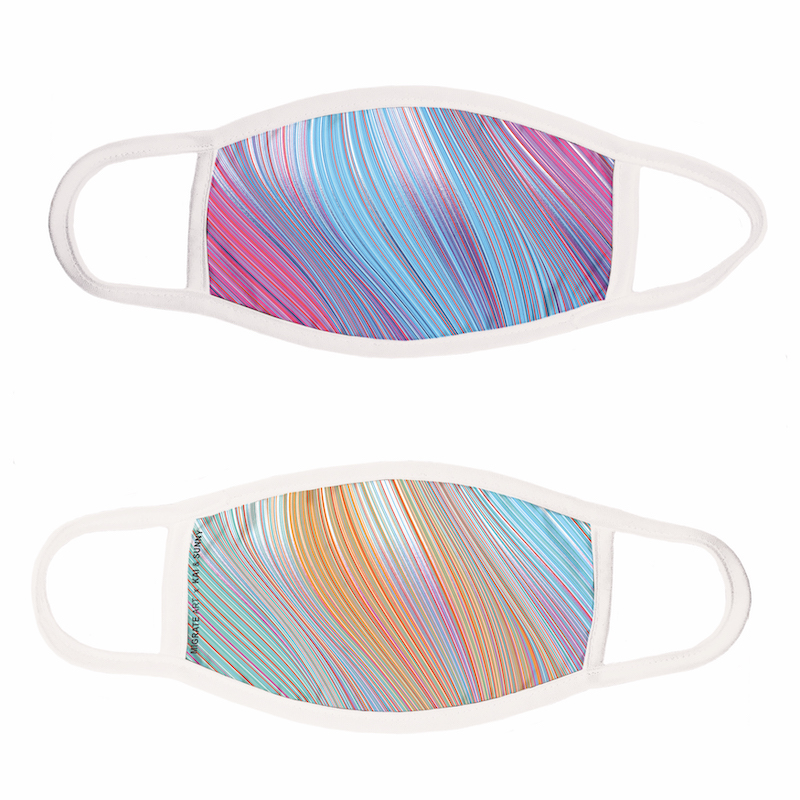 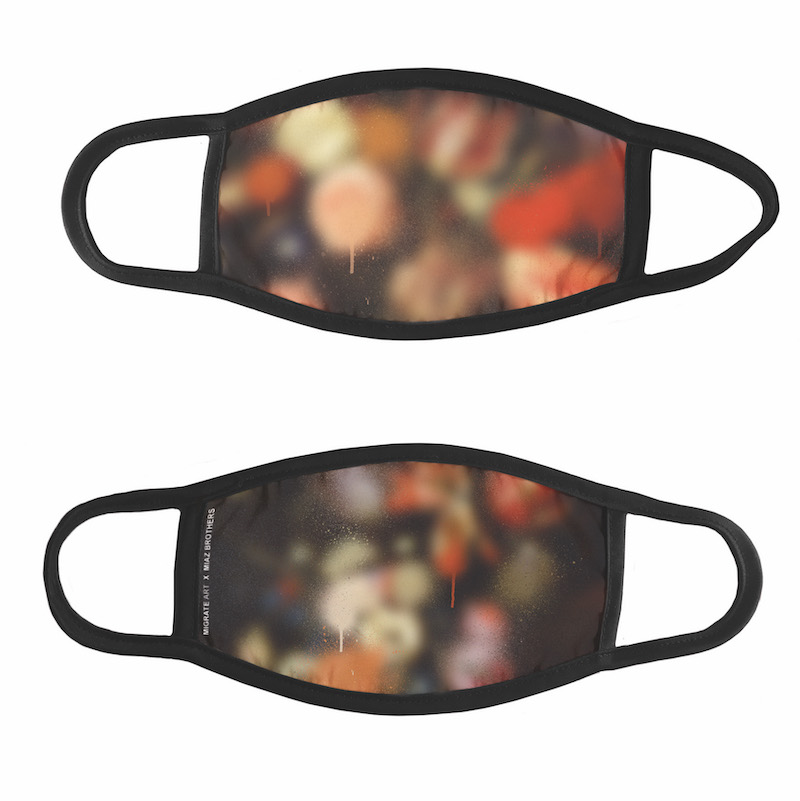 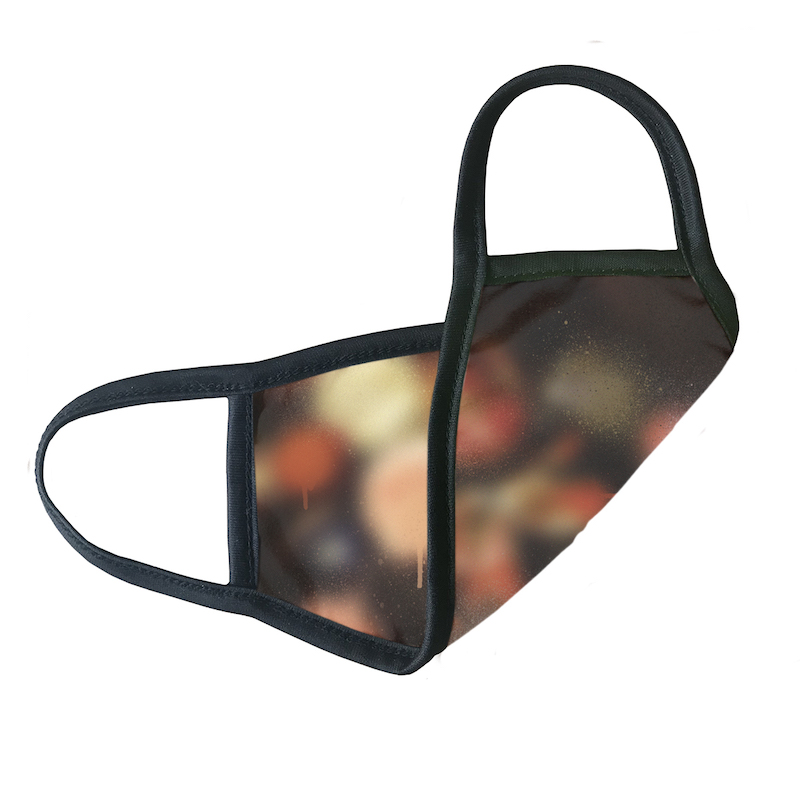 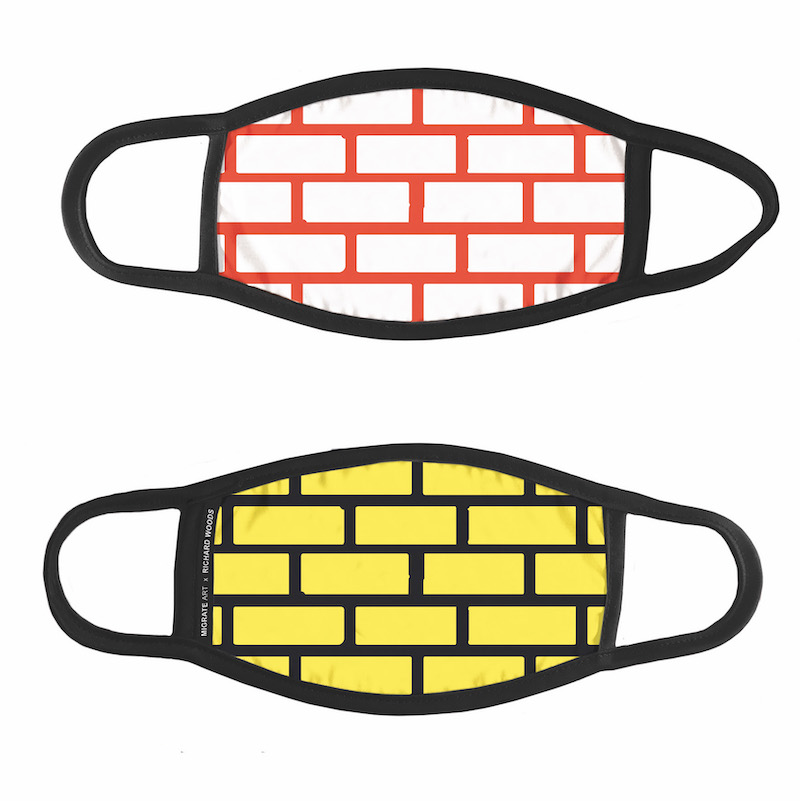 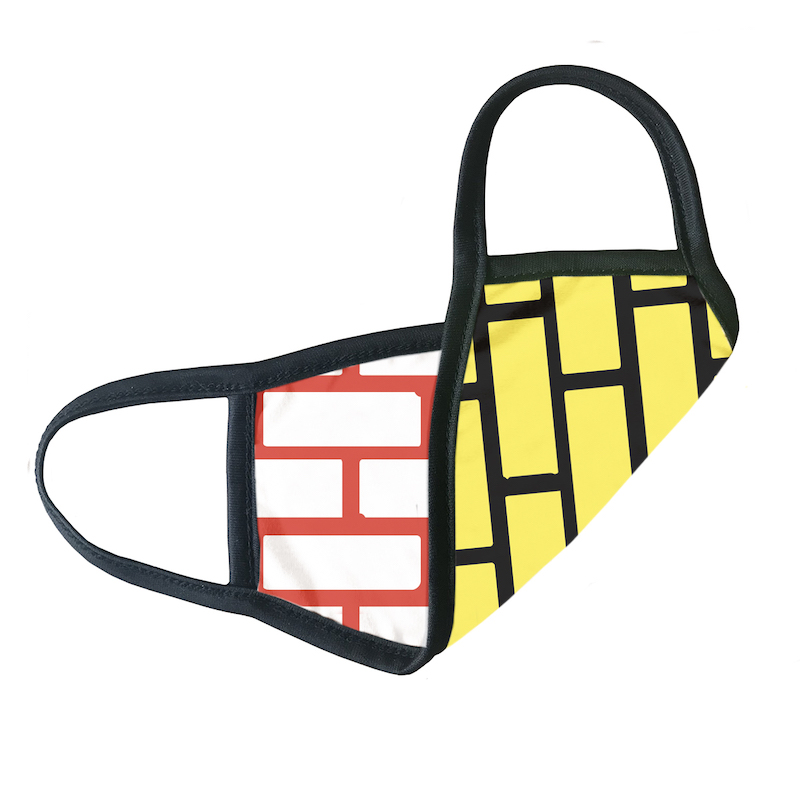 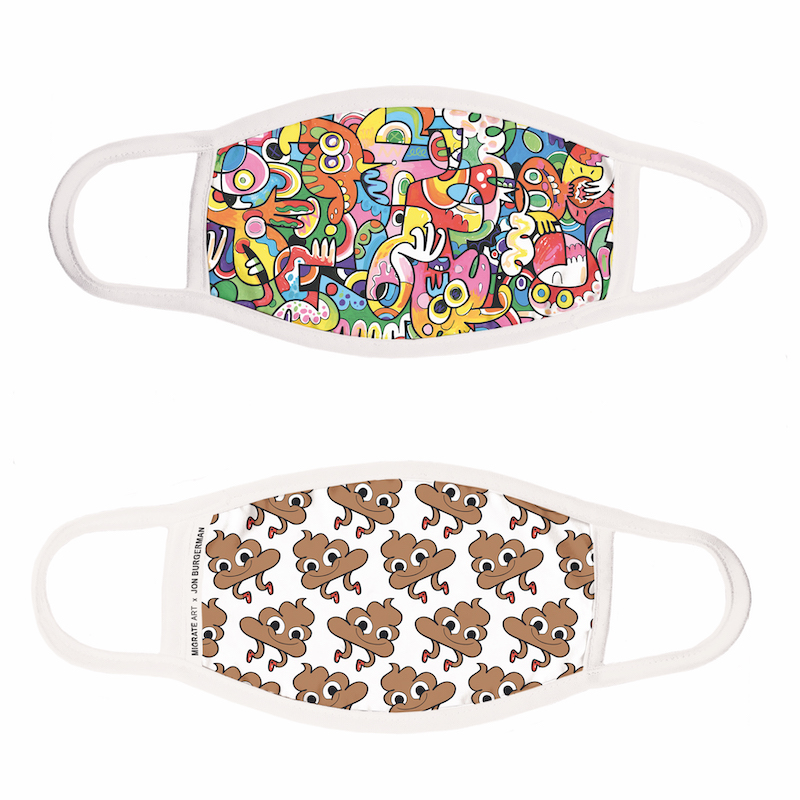 If you like the idea of sporting some wearable art while helping raise £10,000 to supply 15,000 meals for the UK’s homeless, consider Migrate Art’s launch of a new project to benefit the Refugee Community Kitchen. For this effort, Migrate Art has partnered with 10 contemporary artists and illustrators to create limited editions of re-usable, reversible face masks, including FriendsWithYou, Helen Beard, Richard Woods, Swoon, Jon Burgerman, Miaz Brothers, Camille Walala, Craig & Karl, Mike Perry, Philip Colbert and others.The masks, selling for for £19.99, or as packs of five for £79.99, will be produced with and support an independent business in the UK, with all profits benefiting Migrate’s charity partner, Refugee Community Kitchen.

Over the years Migrate Art has raised over £175,000 for their various charity colleagues, funding projects that offer food, shelter, education and psychological support to tens of thousands of displaced people in the UK, France, Greece and Iraq. Among their collaborators over the years are more than 30 of the world’s leading artists including Anish Kapoor, Rachel Whiteread, Shepard Fairey, Antony Gormley, Mona Hatoum, to name a few.

Refugee Community Kitchen serves hot, nourishing meals to displaced people in the UK and France, having supported almost 3 million people since December 2015. Their operation started in Calais, but they now feed people across Northern France, throughout the UK and also in parts of Belgium. Although they were forced to suspend operations in France due to the French lockdown, they’ve now channeled all their energy, despite the inherent risks, into going out into the streets to sustain those in need in the UK. —Sasha Bogojev