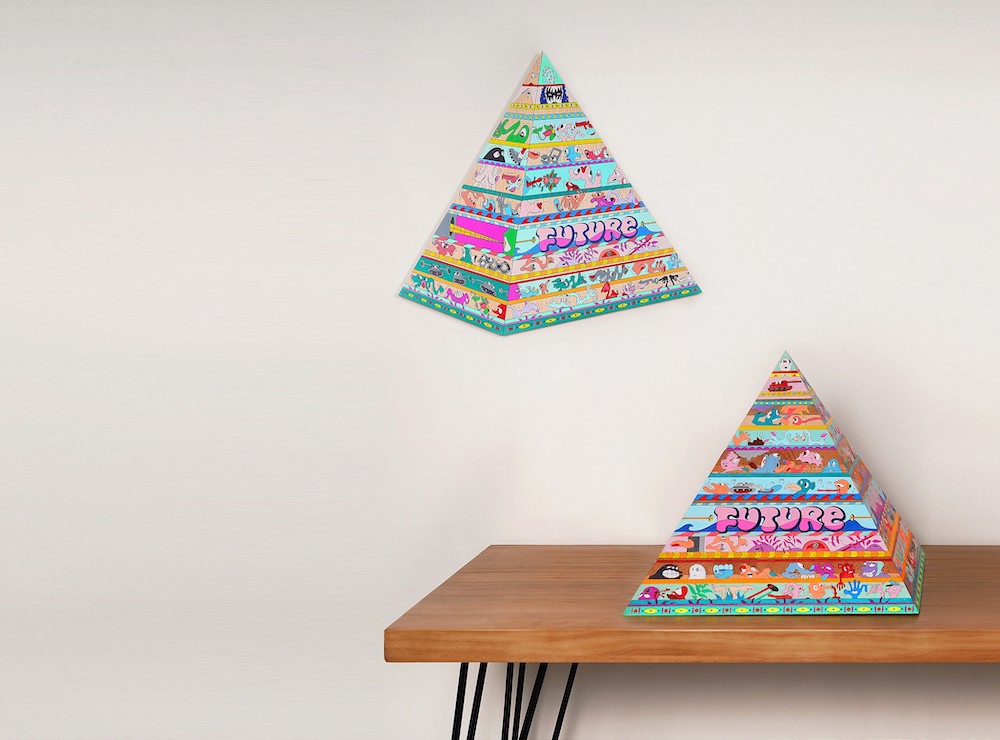 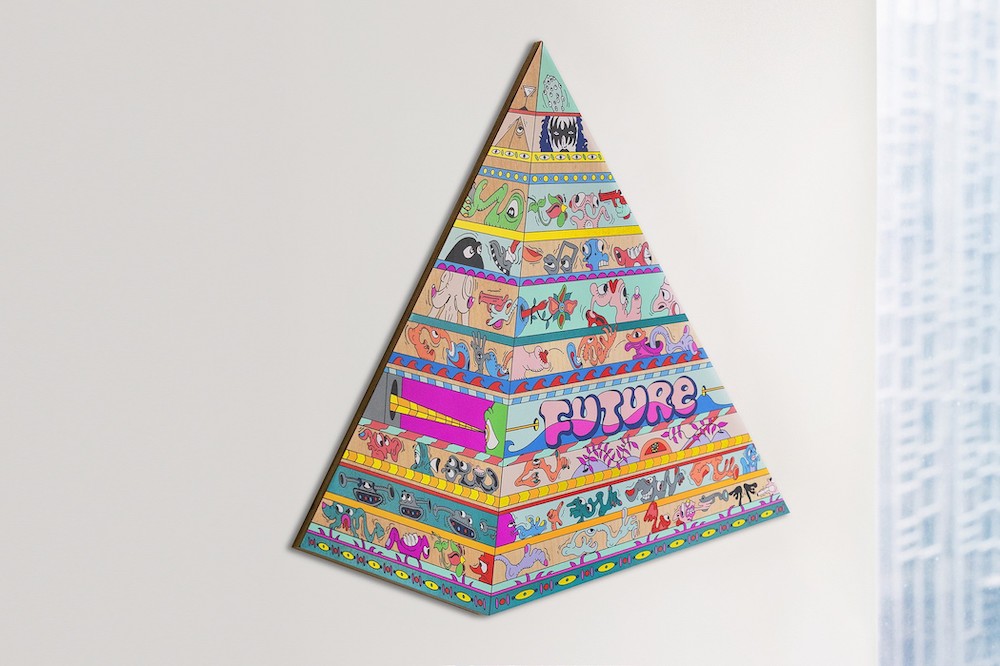 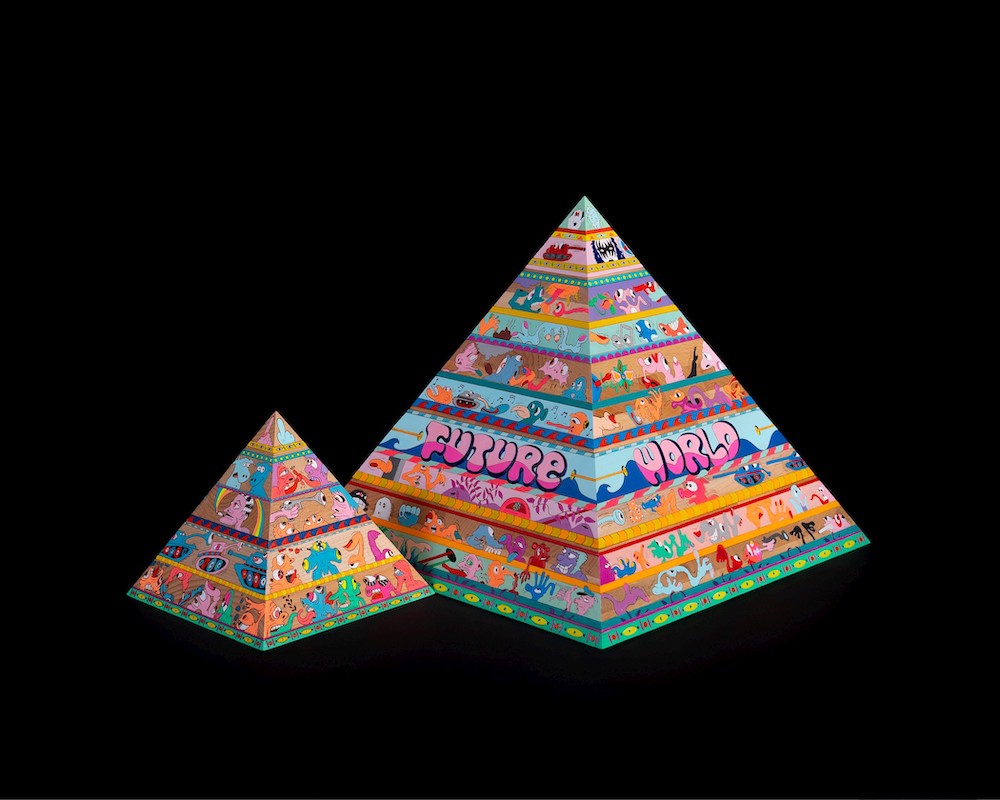 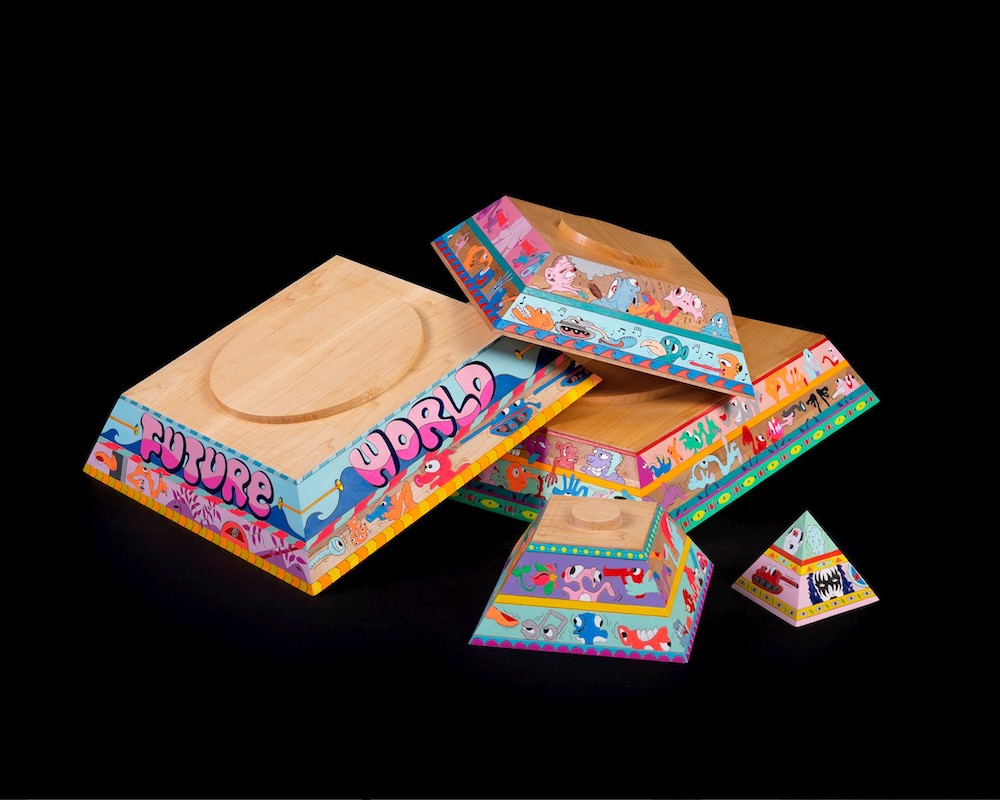 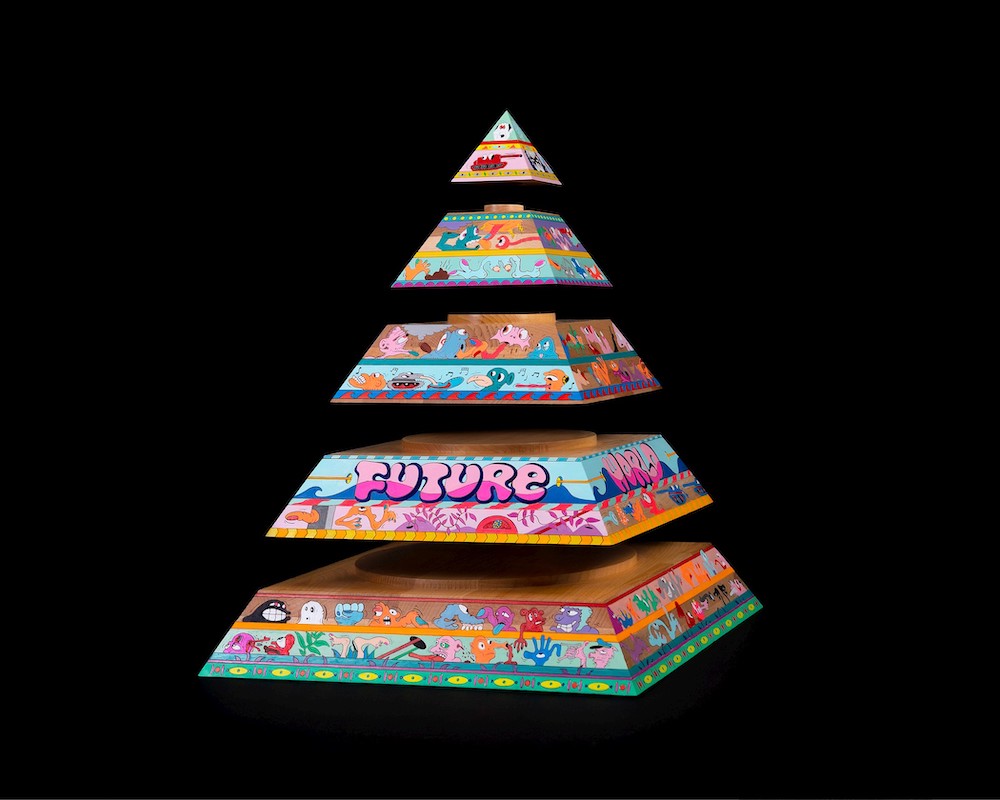 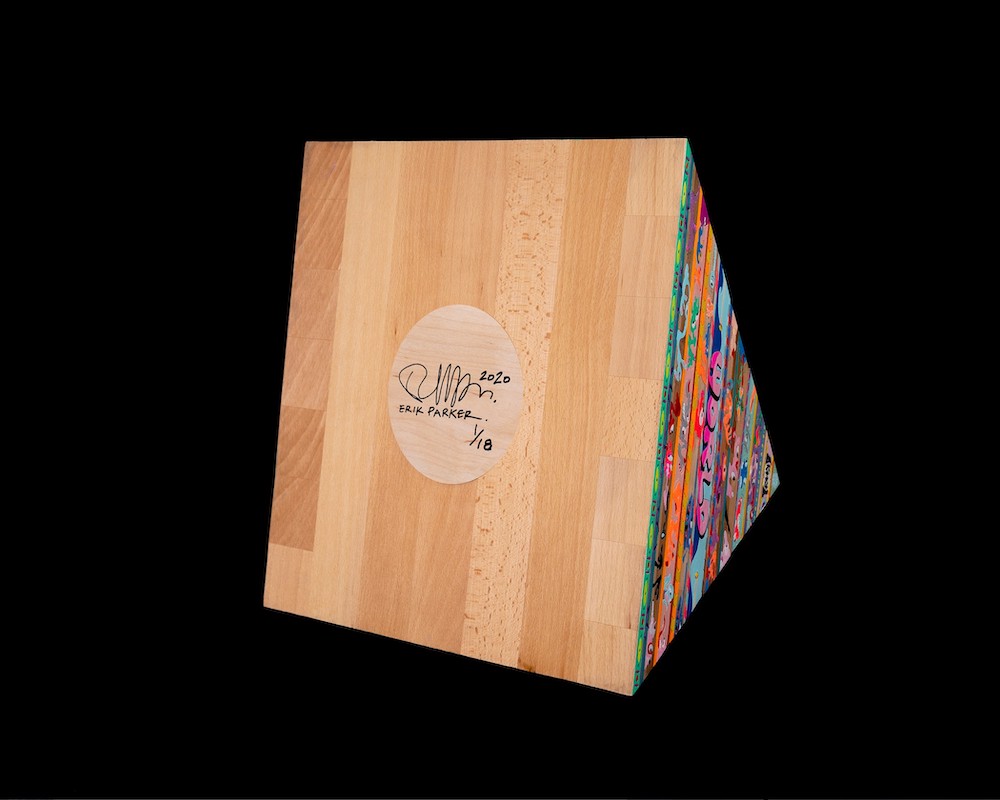 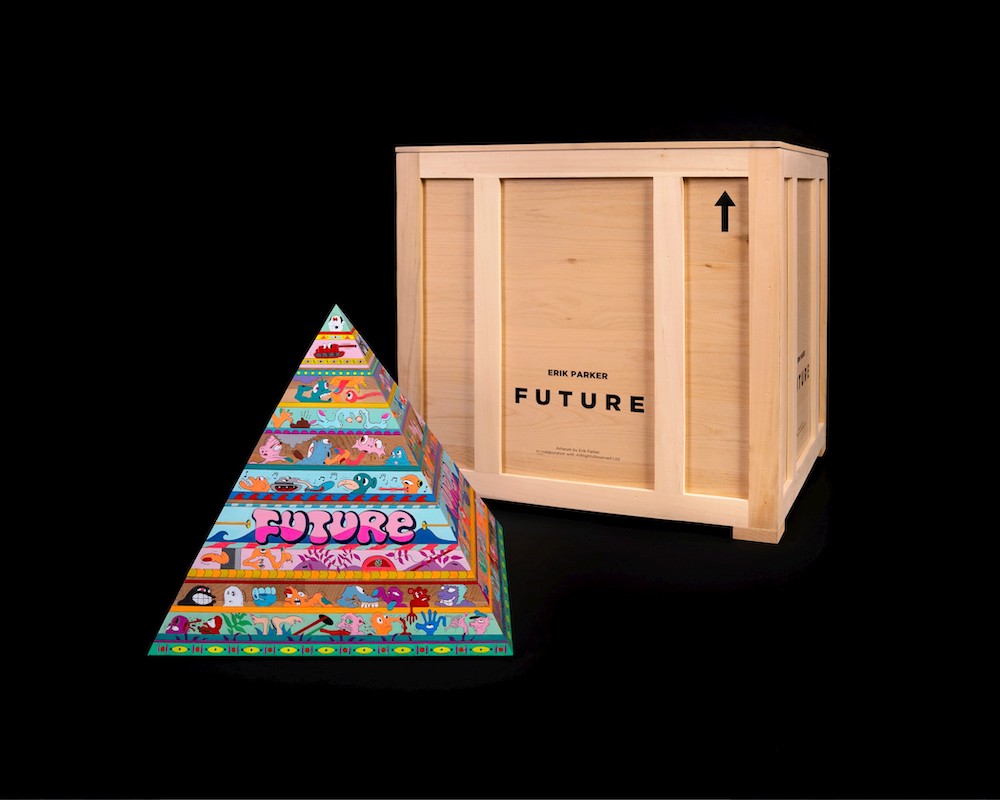 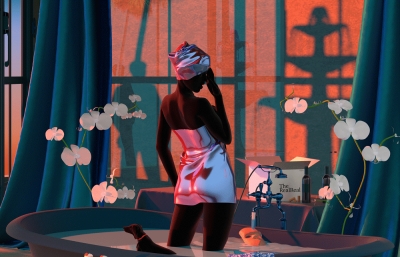 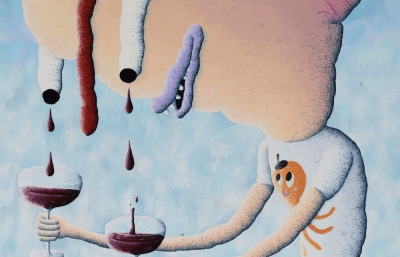 Following Woke, his first limited wood sculpture release with Hong Kong-based studio AllRightsReserved, Erik Parker is about to debut two editions titled Future via ddtstore.com. Based on a similar concept, yet significantly bigger in scale, the new versions comprise a montage of variegated colors within an interactive pyramid sculpture, accompanying a flat panel.

In an effort to facilitate changes taking place nationwide, the artist is currently auctioning one of the panel pieces, with proceeds going to @wokevote, an organization tasked with increasing voter turnout among voters of color. 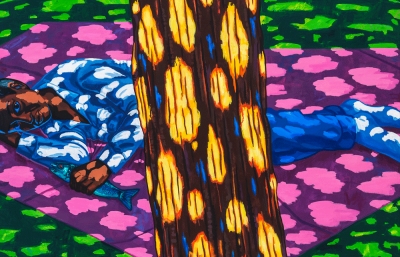 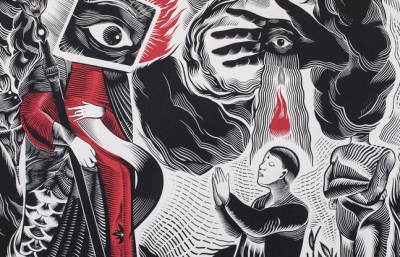 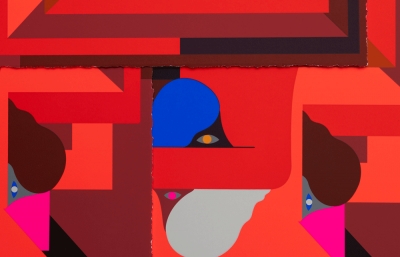