Uğur Gallenkuş is a Turkish visual artist whose sobering digital photo collages have recently been shared across social media as a stark reminder of the injustice in the world. What started as a spontaneous reaction to the disturbing image of the washed-up body of a three-year-old Syrian boy, Aylan Kurdi, back in 2015 eventually grew into an ongoing series of brutally honest work that provides a real picture of the highly polarized world we live in.

"I started my work in 2016 by comparing two different worlds after I saw fear and despair in the eyes of refugee children," Gallenkuş tells Juxtapoz about his beginnings. He continues, "Turkey has 3.5 million refugees, a country in the midst of war and peace. You can clearly see this difference here." 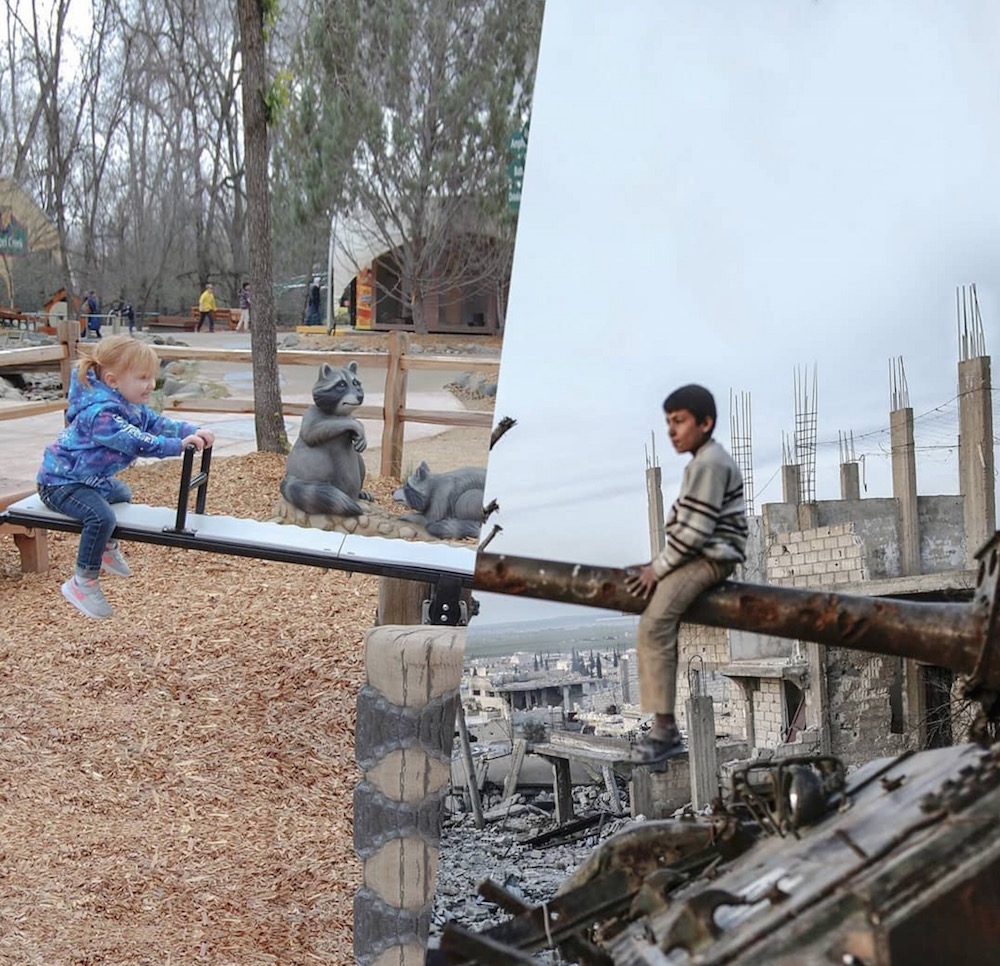 His collages seamlessly blend stock images of everyday reality from the western world with disturbing realities from other places where people struggle for mere existence. By visually contrasting two painfully opposing experiences of normal life, the Istanbul-based creative hopes to call attention to the "parallel universe" that exists around us. The abundance of choice, comfortable lifestyles, and consumer obsessions appear almost grotesque compared to scenarios where human life seems to be totally devalued. By bridging the enormous gap between the familiar and the remote, these images seek a better understanding of the consequences of our everyday lives with a subsequent call to action. 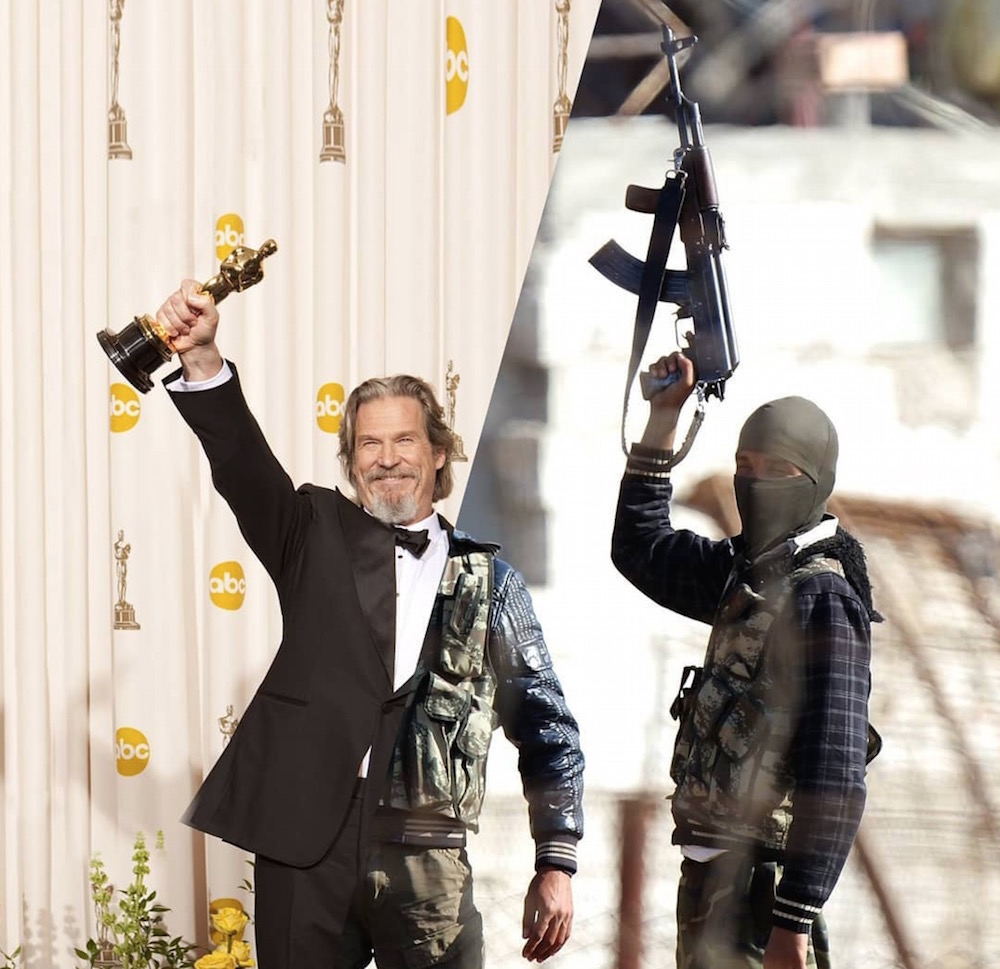 Believing in art as a powerful universal language, he shares the work of photojournalists who work under extreme conditions to document the hash pictures they see. The western world has seemed to develop an immunity to images of refugees, war-torn countries, starvation, extreme poverty, and environmental emergencies, but hopefully, juxtaposing such truths against familiar popular culture icons, celebrations, playtime, and activities we for granted, should trigger a reality check, bolstered with empathy, to resolve these monumental crises. Motivated by waves of encouragement around the world, Gallenkuş plans to continue his work and inspire others while promoting the belief of Turkey's modern founder Mustafa Kemal Atatürk: "peace at home, peace in the world." ––Sasha Bogojev