The electric delight in experiencing a Gary Panter piece—and indeed it is an all-encompassing encounter—is that there is such immediacy in the remembrance and the revelations. Jimbo: Adventures in Paradise, just re-released by New York Comics with a foreword by Ed Ruscha and essay by Nicole Rudick, offers a mind-bending opportunity for the uninitiated and the rediscovery of a classic for those in-the-know. Some of us might have enjoyed the benefit of growing up running through a flower-filled field, some of us steeped in a metropolitan mix of museums and bodegas. But Gary Panter grew up in a home perfectly positioned to face the luminous screen of a drive-in movie theater. Imagine the almost stealthy satisfaction of viewing exotic stop-motion and cartoon creatures from the safe vantage of comfy familial quarters. 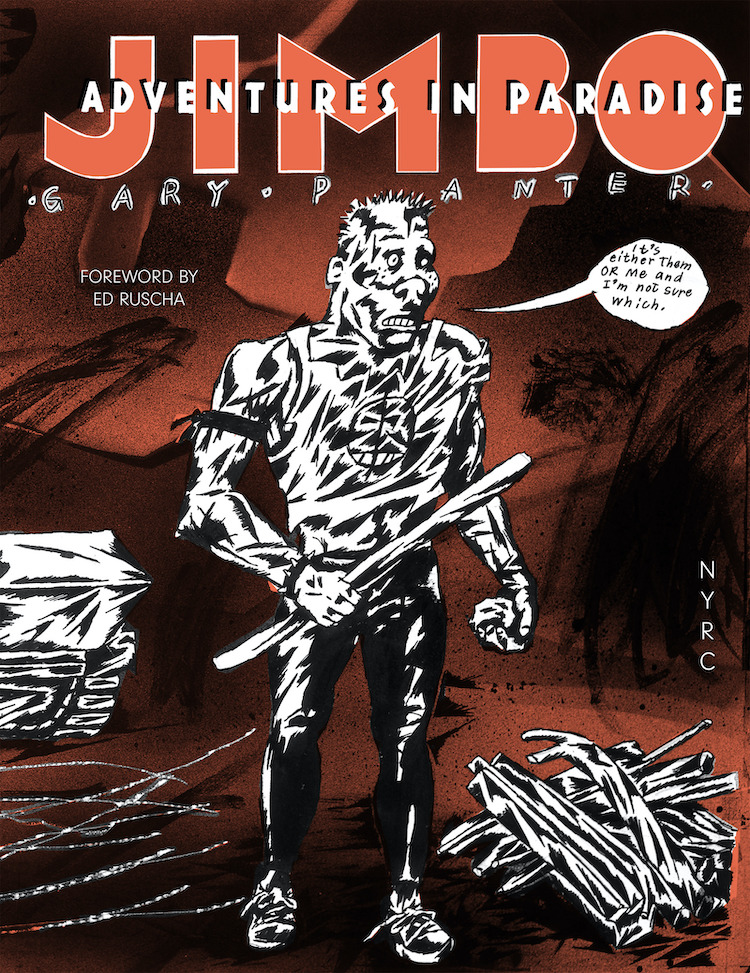 Couple that with his dad’s “five and dime” filled with comics, toys and comic books, and you just might end up designing the set and puppets for Pee-Wee’s Playhouse… if you had the fertile, but somehow very grounded, mindset of Panter, you create Jimbo, commonly called the “punk Everyman.” The well-meaning, open-minded, up-for-anything Jimbo sets off in this Paradise we have (ir)responsibly created, but continues to confound us. In between encounters with the likes of Smoggo the smog monster, Rat Boy, and King Ducko, he hopscotches and sidesteps the merge lanes and four-way stops we call Reality, and as we marvel at his meetups, we simultaneously feel like we’ve been there before too. Oh, the genius of Gary Panter, who modestly states, “Drawing is a way of controlling your world if you can control your hand.” I, for one, can’t claim that talent, so I’ll follow along with Jimbo in Paradise. —Gwynned Vitello