Artist, author and oracle Dave Eggers has finally released the follow-up to 2013’s arresting tale, The Circle. His prescient new novel, The Every, explores the inevitable fusion of social media and online retail, following a vigilante protagonist through the next stage of algorithmic dystopia. Limitless Choice is Killing The World is one of a few alternate titles hidden under the book jacket, which has the most entertaining “flap copy” ever written, let alone what’s inside; a timely thriller. 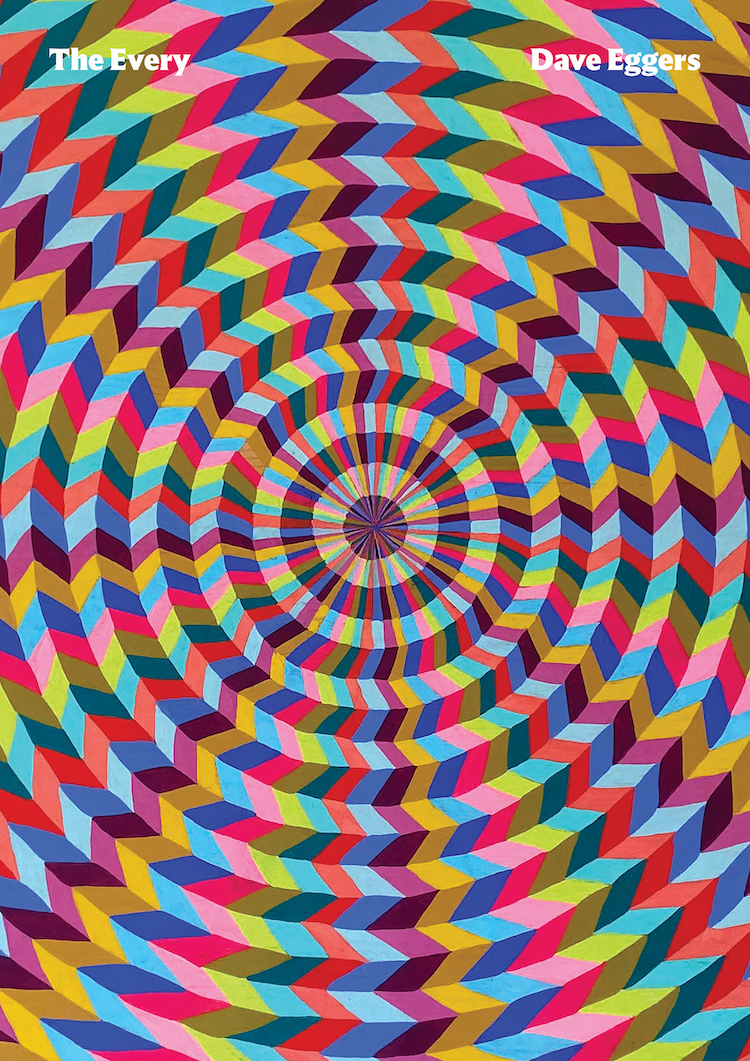 Adding to the spectacular and singular nature of another magical McSweeney’s publication are the 50 alternate hardcover editions, many of them featuring work by favorite artists seen in this magazine, including Geoff McFetridge, Chris Ware, Chris Johanson, Tucker Nichols, Clare Rojas, and yours truly. ”A dizzying, ever-expanding, and entirely randomized array of cover variations,” is McSweeney’s description, with editions slated to be available, “in perpetuity, in 2021 and 2022, and 2039…” so you should be able to get your hands on one (or collect them all!), but only exclusively at Independent bookstores. Indie release was paramount, as Eggers told the San Francisco Chronicle, “It just didn’t make sense for McSweeney’s to distribute a book about the power of monopolies through a monopoly,” he said. “It was actually comical how hard it was to disentangle ourselves and to work with our distributor in a way that avoided all of Amazon’s tentacles. They’re everywhere.” And so is The Every. I’ve followed Eggers’ satirical, comforting works since his ’90s comic in the free weekly papers, “Smarter Feller.” He is transcendent, reflecting the consequential sea changes of our time and harbingers of the future with levity. Still resisting a smart phone of his own, he just may be onto something, and The Every reveals more of his constant clever and sage wisdom.