Banksy Throws An "Apology Party" for the Balfour Declaration in Palestine 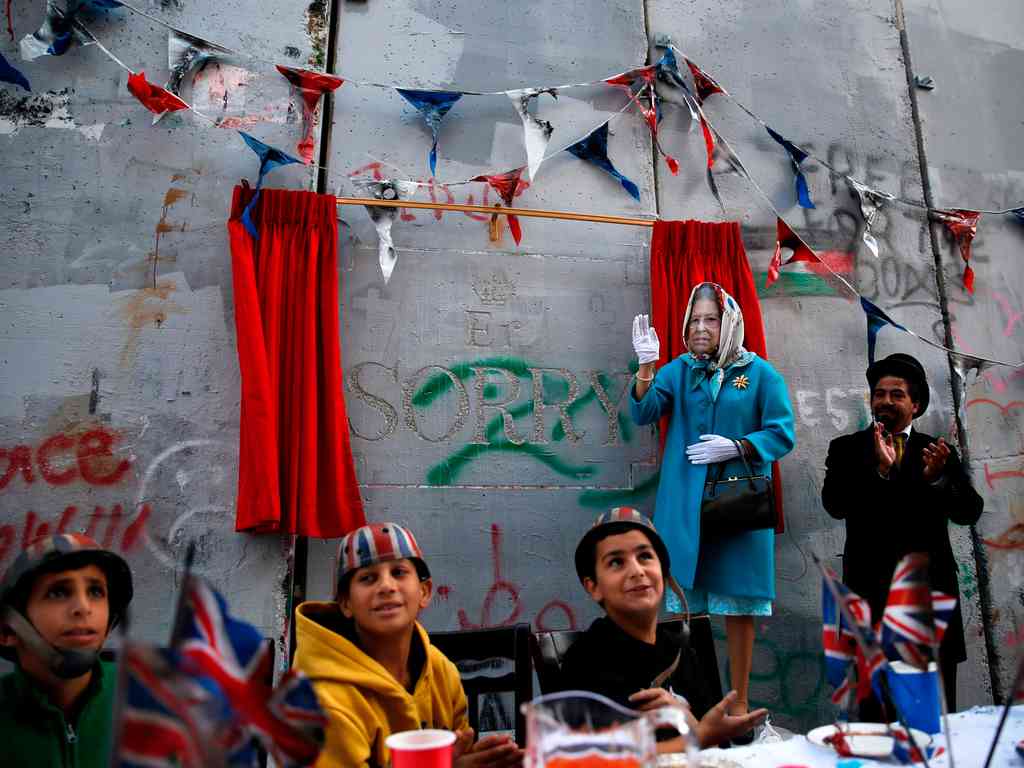 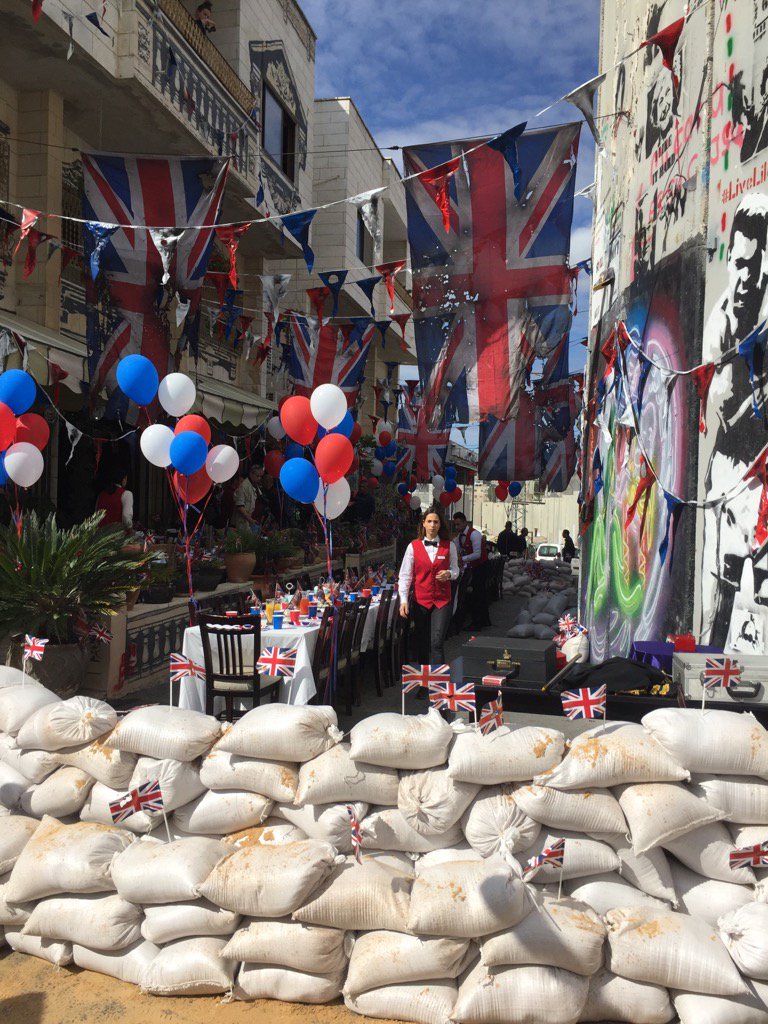 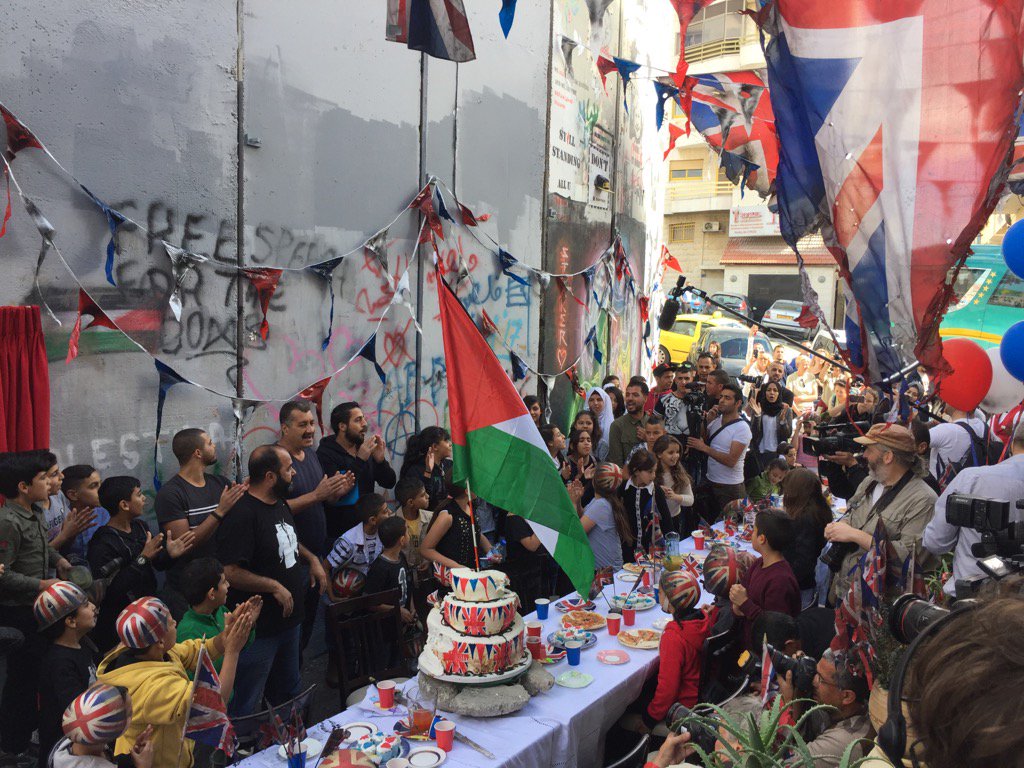 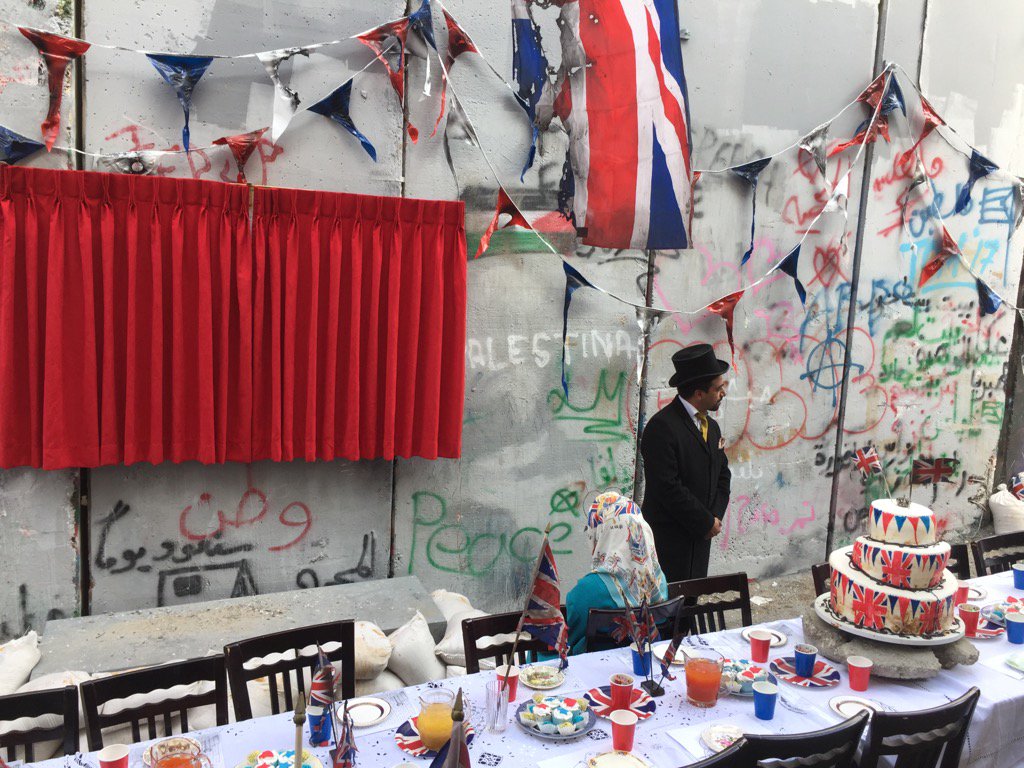 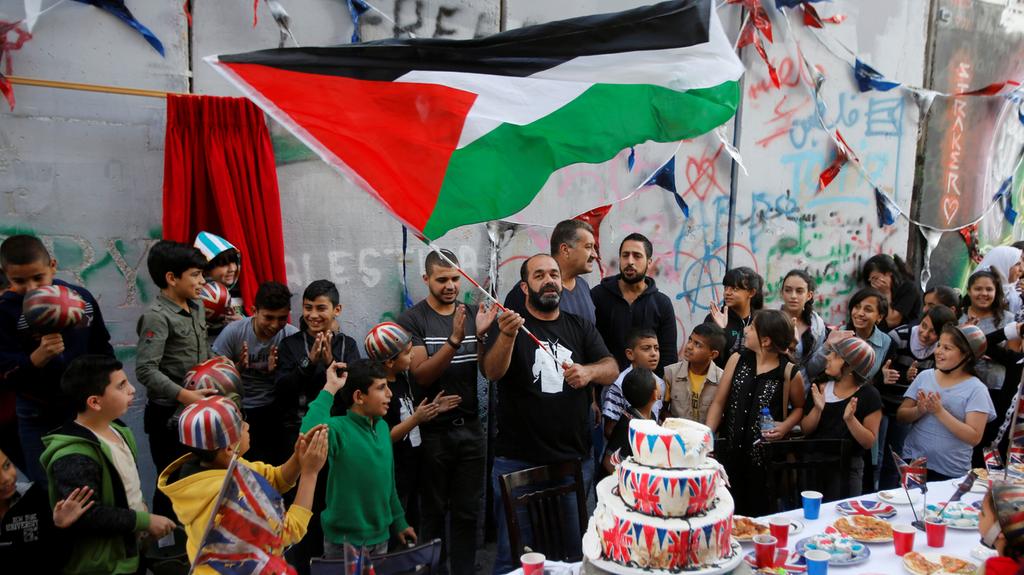 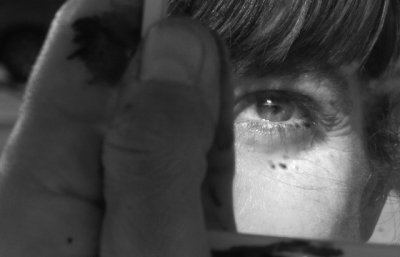 On November 2, 1917, the British government issued a public statement announcing support for the establishment of a "national home for the Jewish people" in Palestine. One hundred years later, Banksy set up a surreal "apology party" in front of The Walled Off Hotel in Bethlehem, Palestine, reminding the world of the British role in the ongoing conflict.

The neighborhood tea party was setup for 50 Palestinian children that were born and living in refugee camps around the area, with an intention to hold sort of a "surreal" apology party. "The British didn't handle things well here—when you organise a wedding, it's best to make sure the bride isn't already married," said the illusive Banksy, referring to the consequences of the Balfour Declaration. The highlight of the event was a costumed HRH Queen Elizabeth II unveiling the apology carved into the separation wall. Saying simply "Er, SORRY", the message is in direct opposition with the British government that said it will mark Thursday's anniversary "with pride." "This conflict has brought so much suffering to people on all sides. It didn't feel appropriate to 'celebrate' the British role in it." Banksy added. —Sasha Bogojev

Some images via the Guardian. Photo credits on the captions in the gallery above.