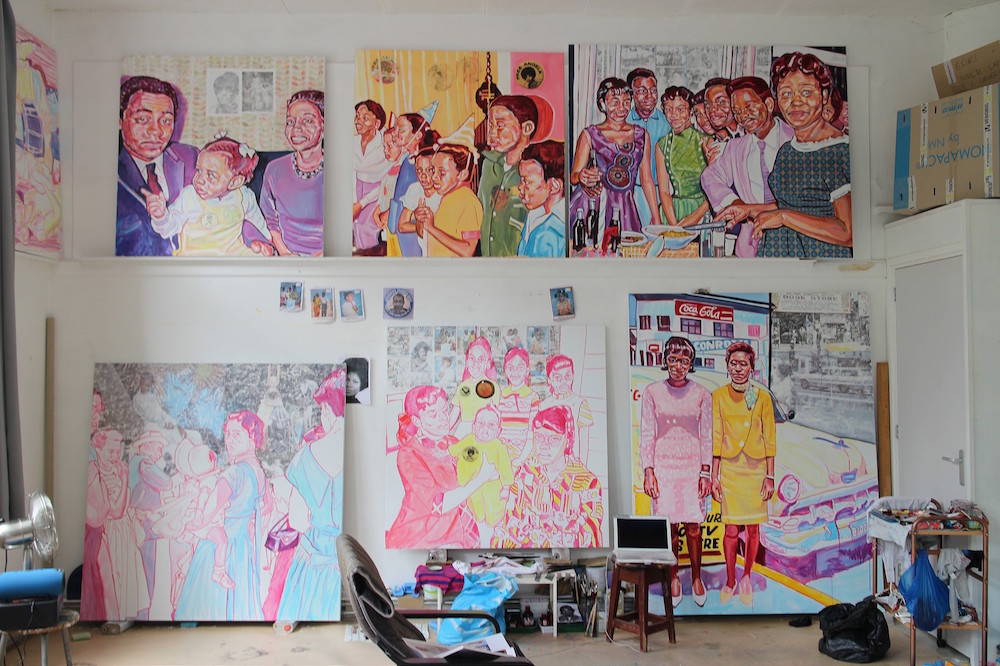 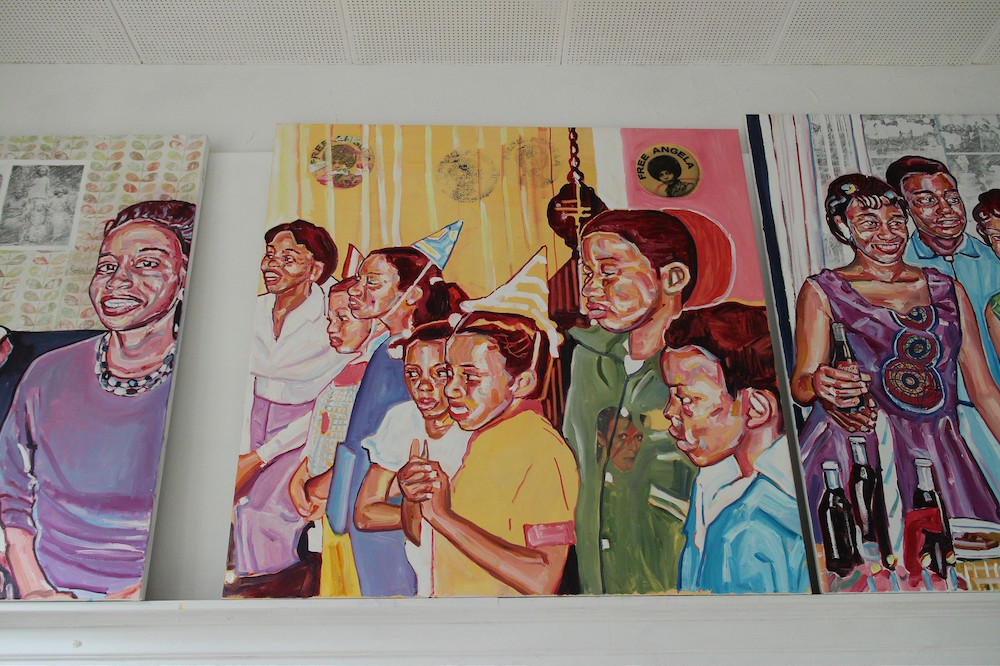 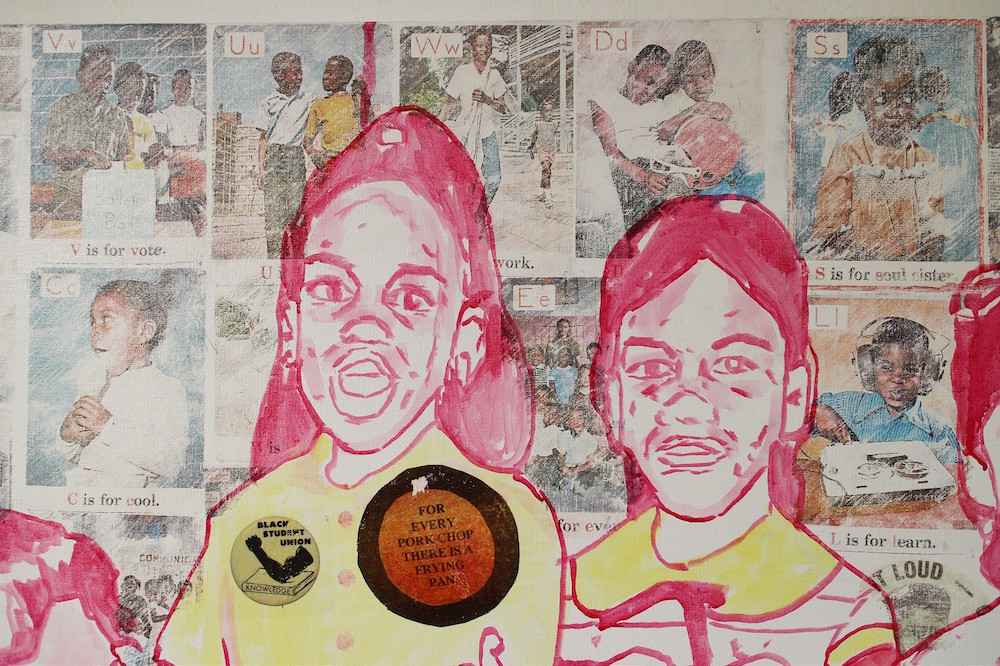 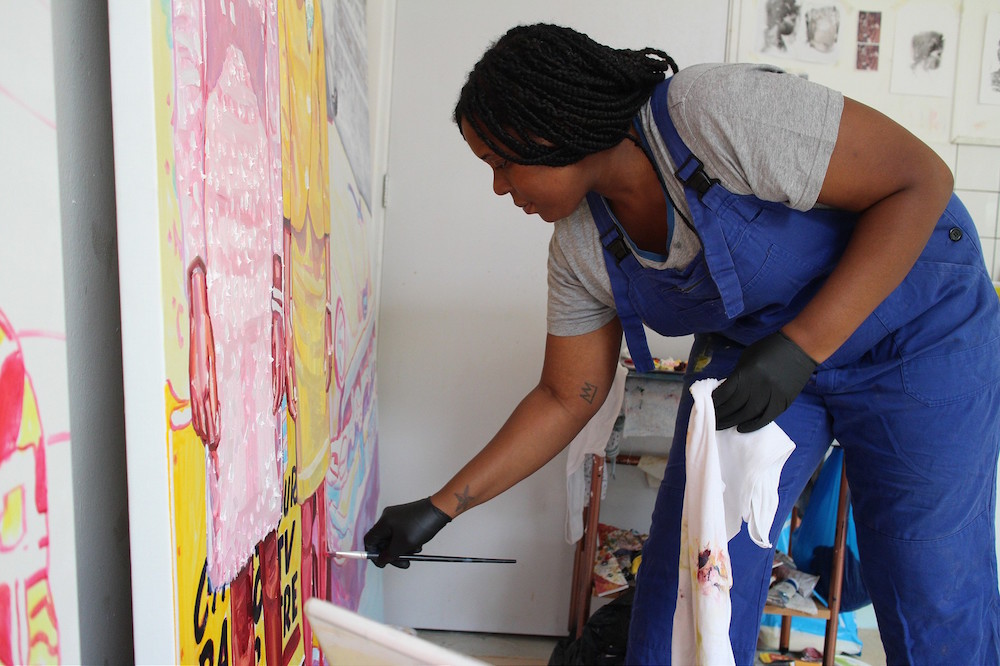 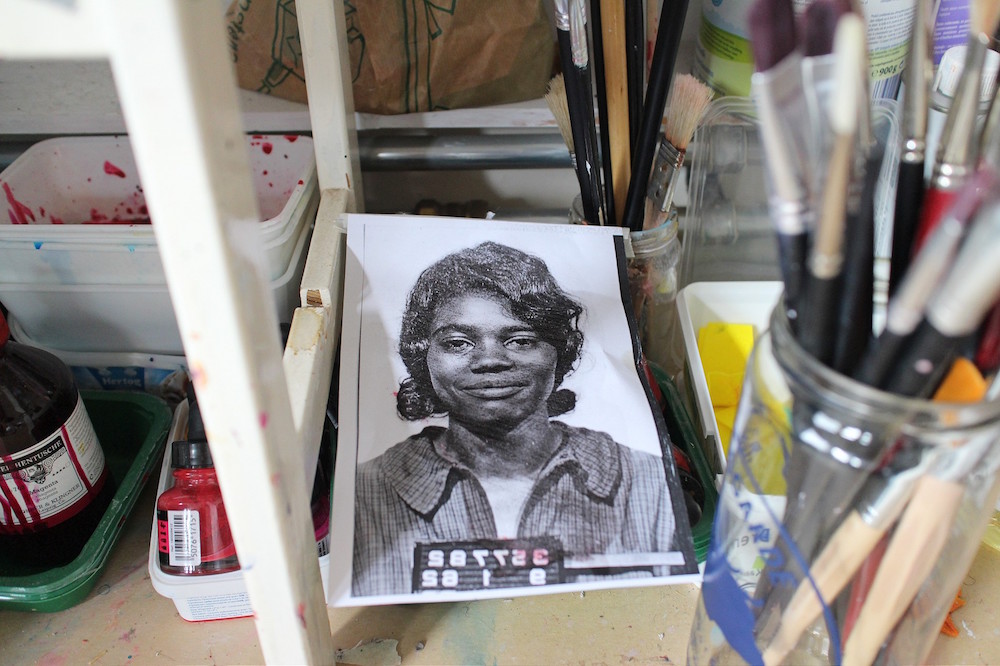 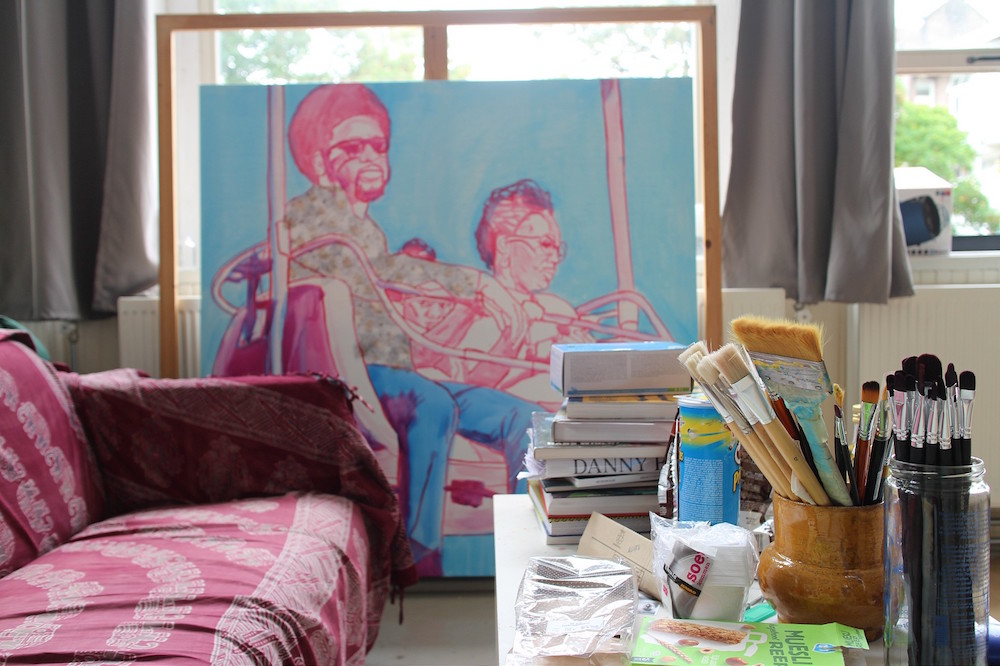 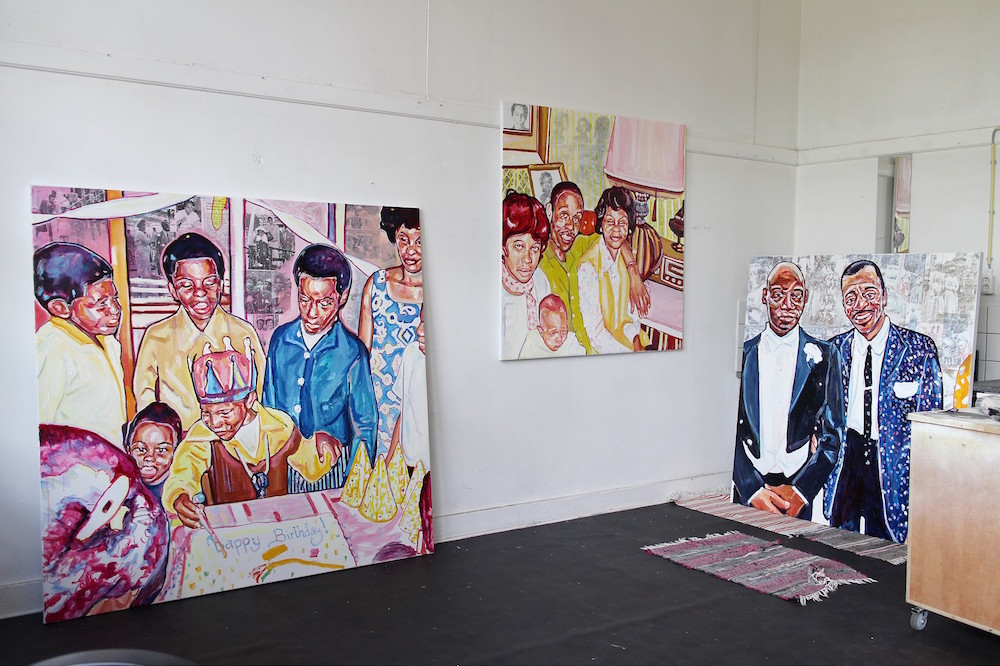 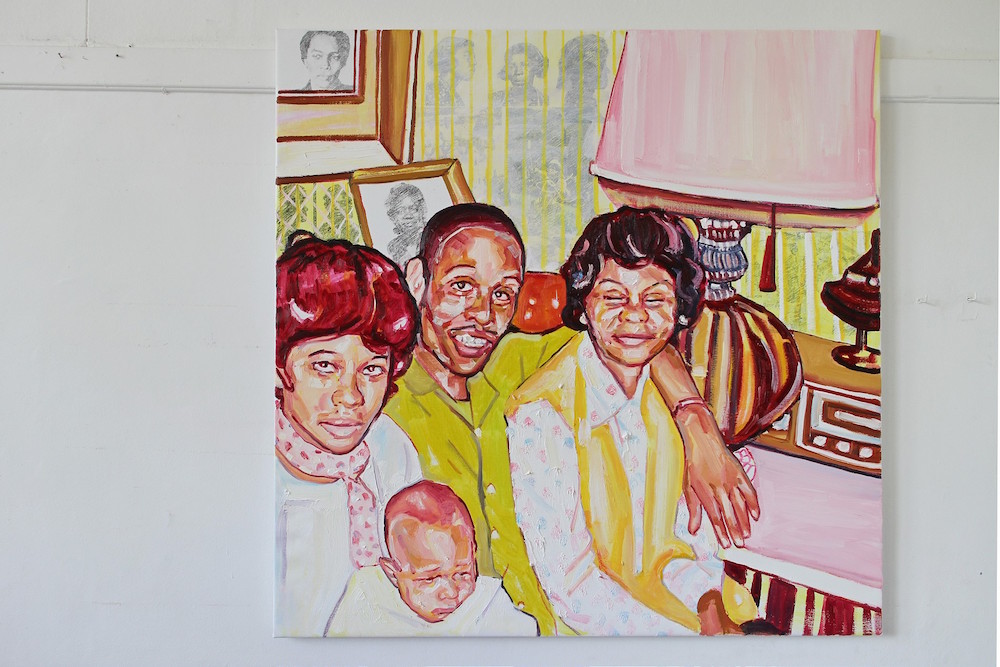 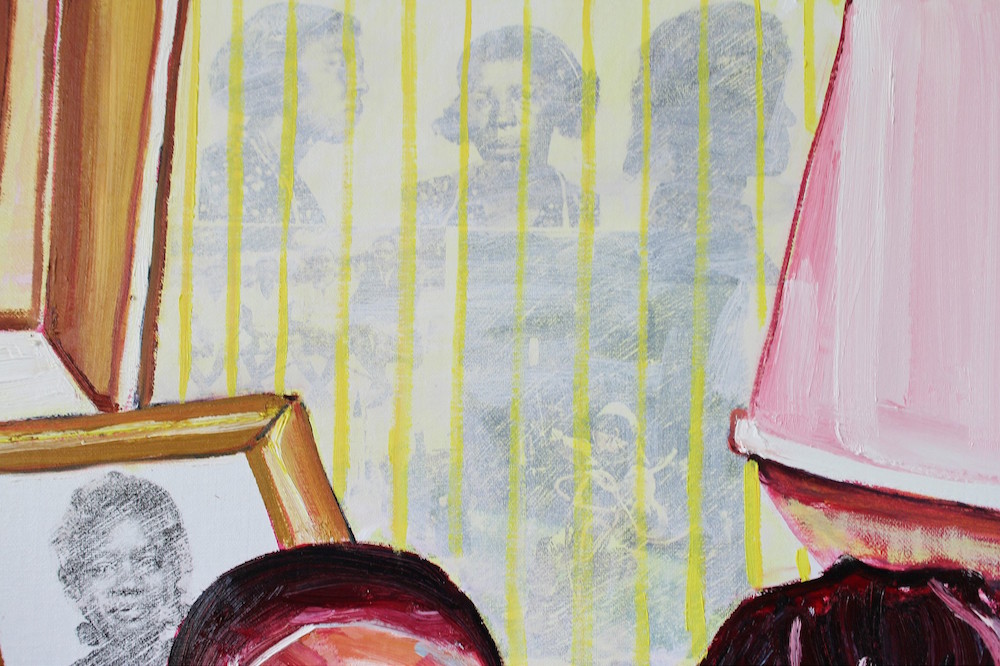 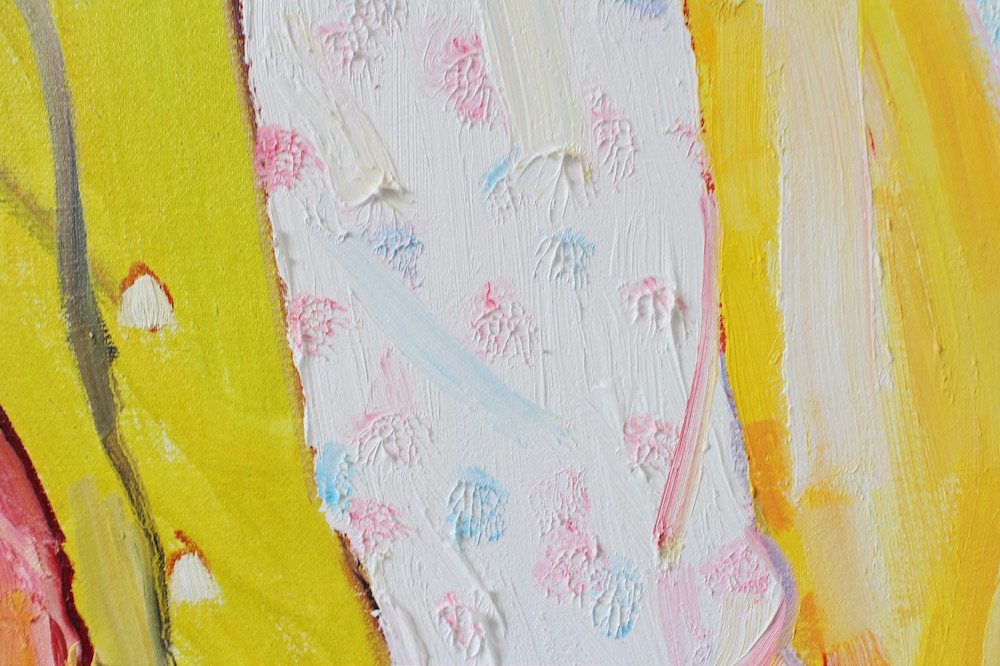 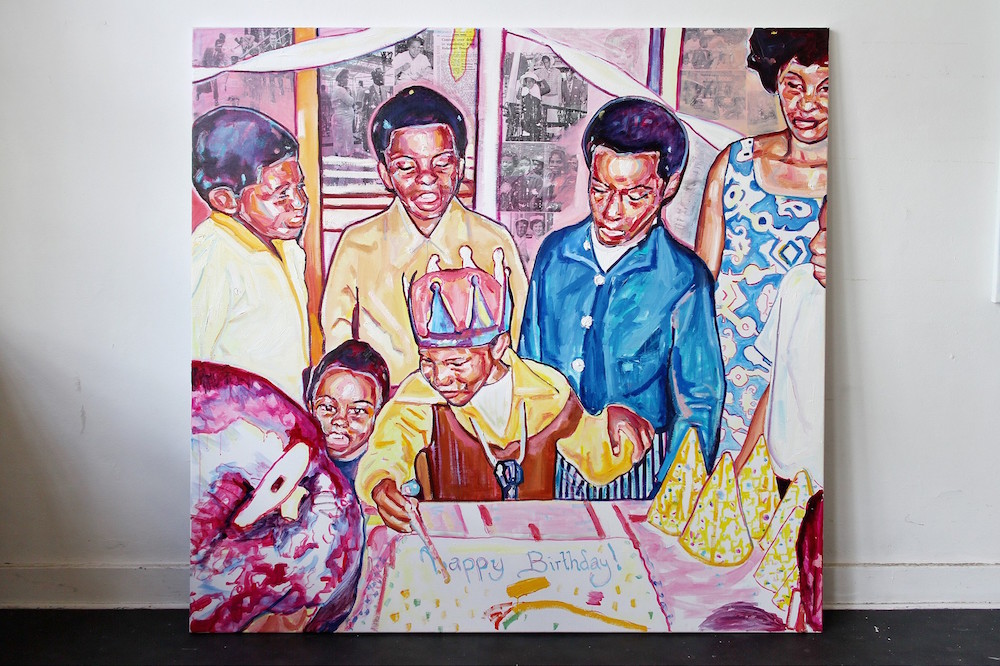 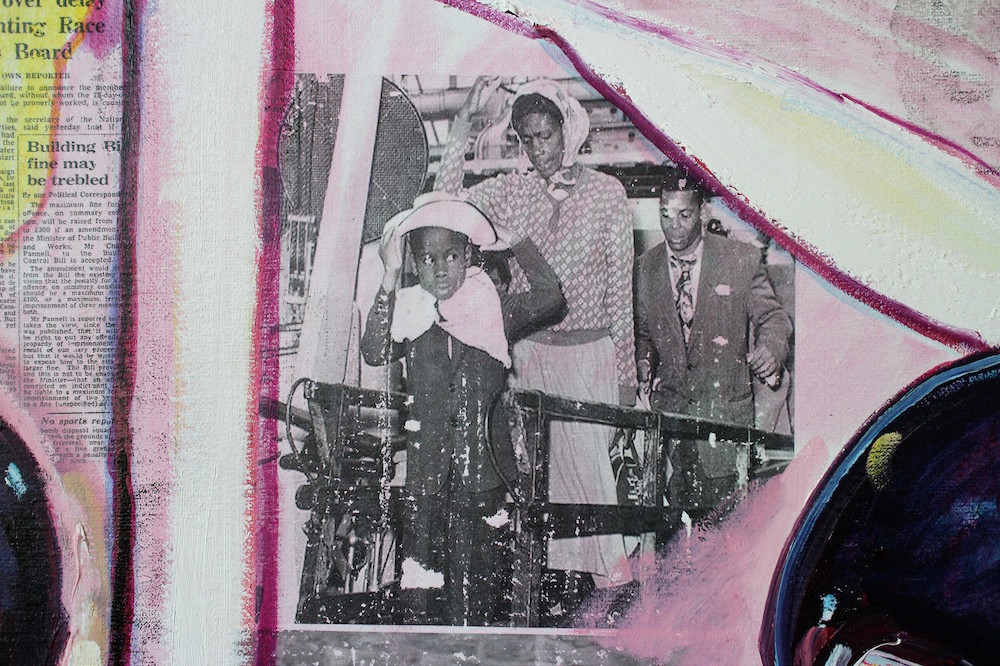 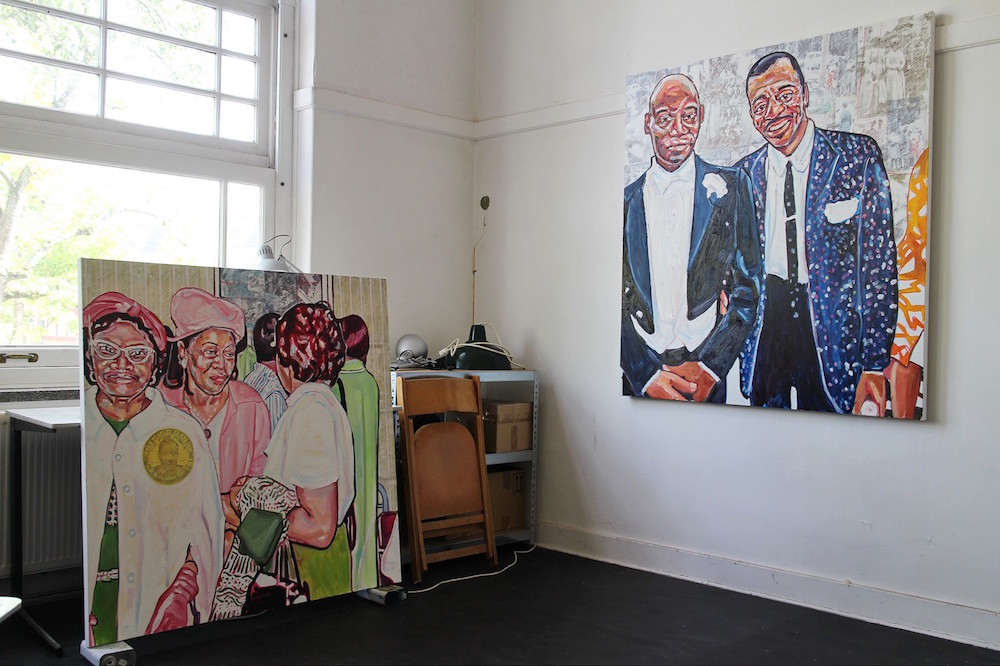 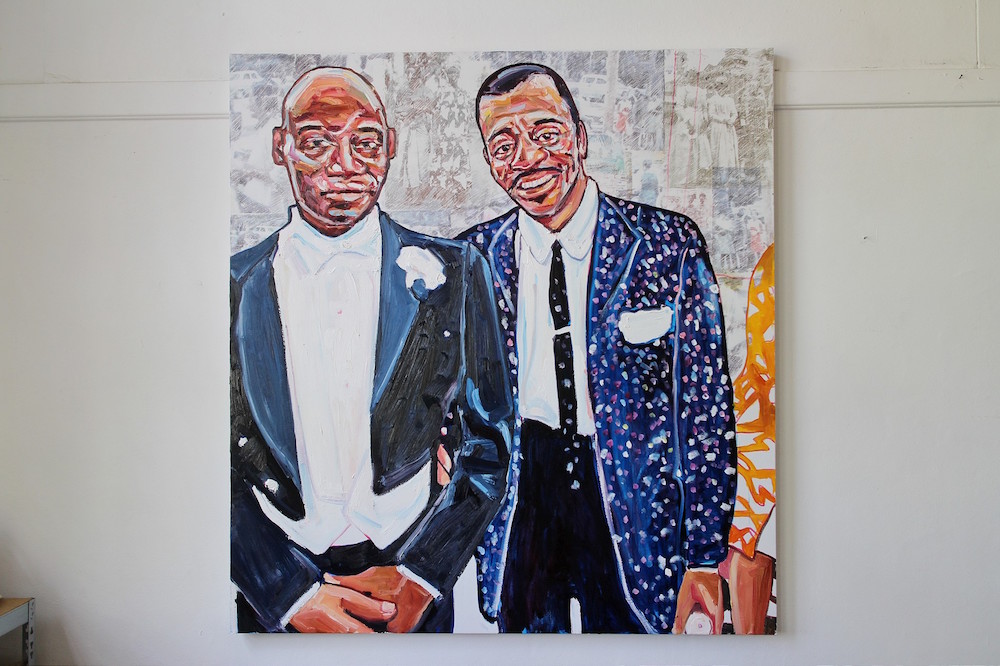 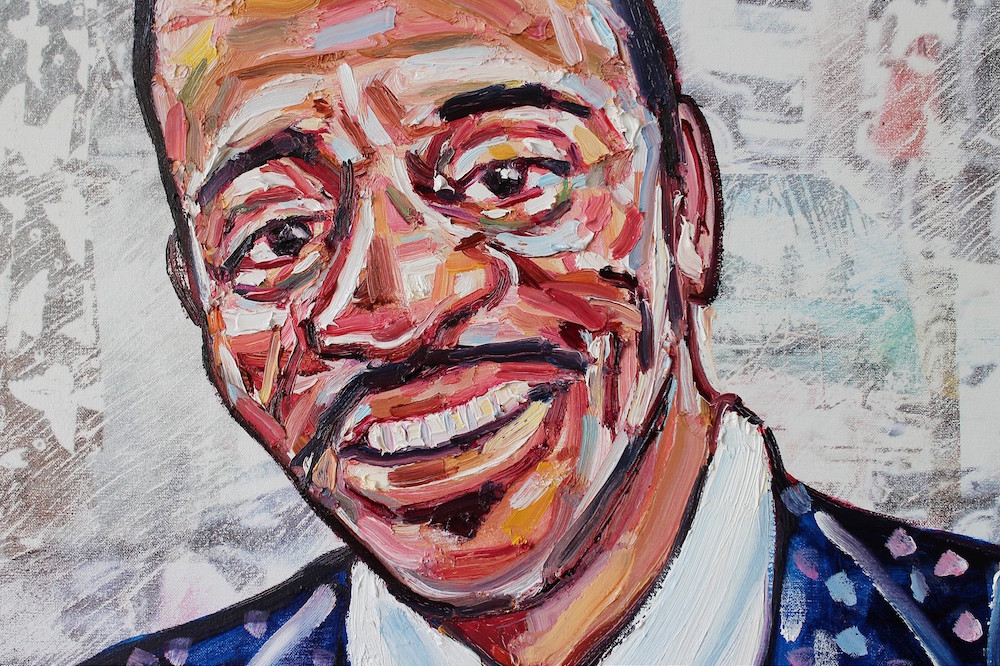 When we had a chance to tour the studio of Esiri Erheriene-Essi, the Amsterdam-based artist whose work we fell in love after a viewing at Galerie Ron Mandos almost two years ago, we jumped. Since then, the South London-born painter has focused her energy on a new series that is now on view at the Stedelijk Museum as part of Prix de Rome Visual Arts 2019, the oldest and most generous award for visual artists in the Netherlands. Along with other nominees Sander Breure & Witte van Hulzen, Femke Herregraven, and Rory Pilgrim, Erheriene-Essi is the first painter to be considered for the award in a decade.

"Above all, I am fascinated by a continued investigation of mass media, pop-cultural iconography, appropriation, and mythology, as well as repetition of imagery. I am obsessed by the gaps, the silences, the disturbances and the assault in the historical narrative." –Esiri Erheriene-Essi

Erheriene-Essi continues her quest to recreate lost narratives of time's past. Through thorough research, the artist collects photographs and documentation from around the world, concentrating on the lives of people of African descent. Based on schoolbooks, family photographs and even mugshots, she reconstructs situations of neglect and proposes a "new memory" of those times. Combining found images, objects, and documents, as well as personal family photographs, Erheriene-Essi gives a face to forgotten and concealed stories and suggests a new reading of history.

Using bold gestures and an intuitive approach, Erheriene-Essi's textural and expressive oil paintings redirects focus, shifting from the main subject in front to subdued patterns, posters, and memorabilia xeroxed into the background, each image becomes a fraction of the bigger narrative that led to the captured event. Bravely leaving the work as raw as it needs to be, she purposely avoids fine-tuning the imagery, leaving occasional discordant or incomplete elements as evidence of authenticity. Within a constrained and often surprising color palette, the series is palpably real.

Text and Photography by Sasha Bogojev