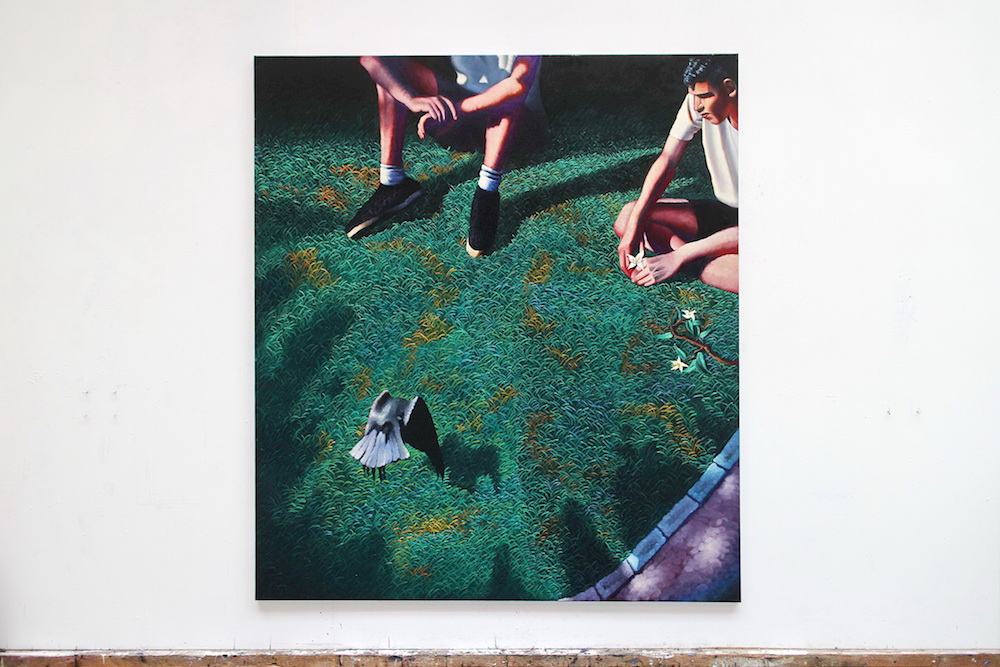 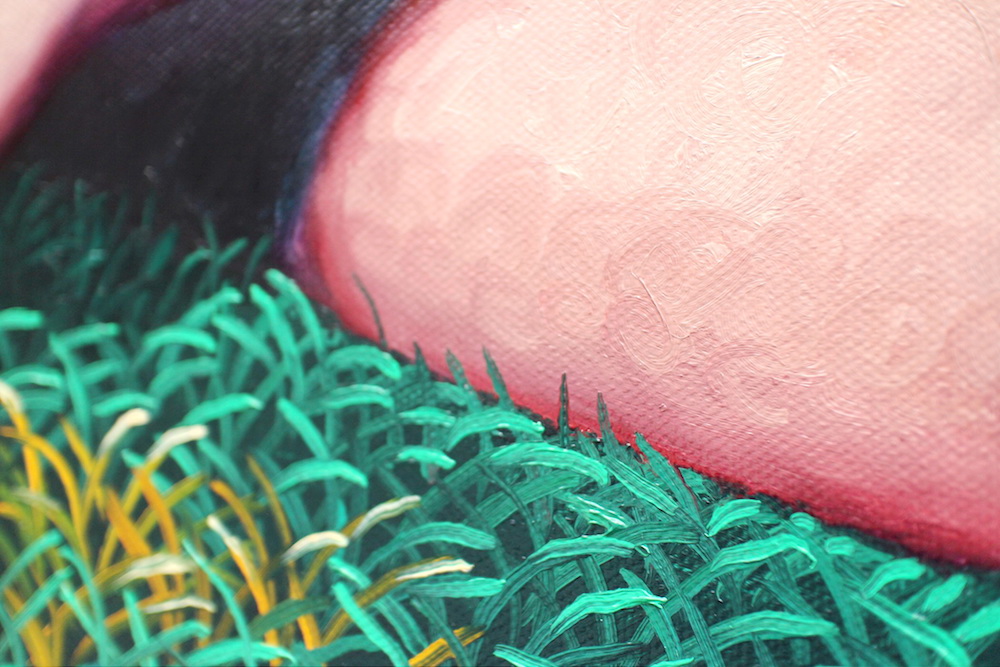 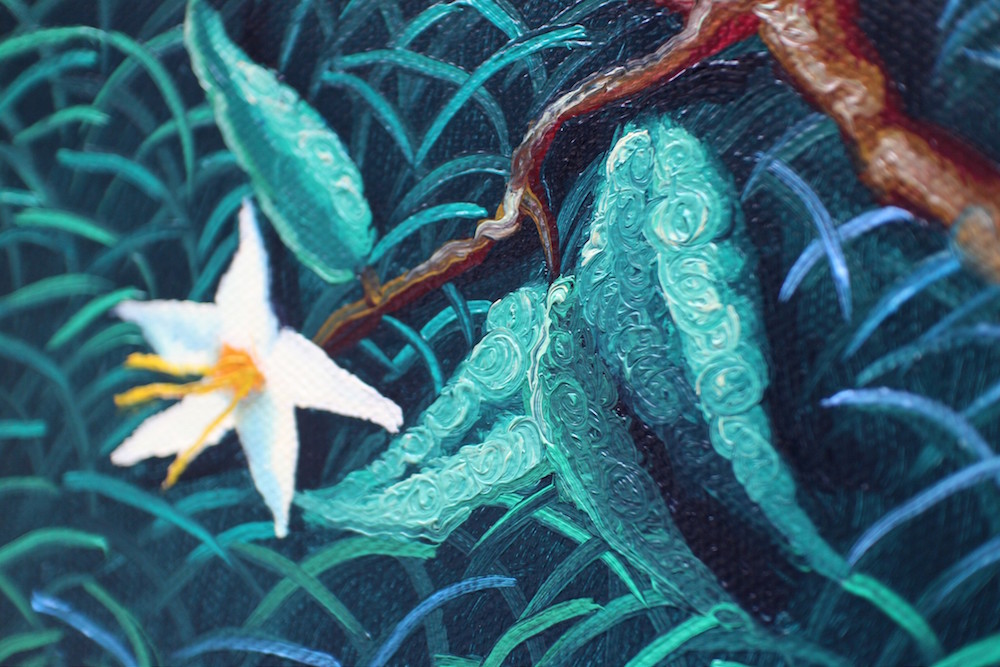 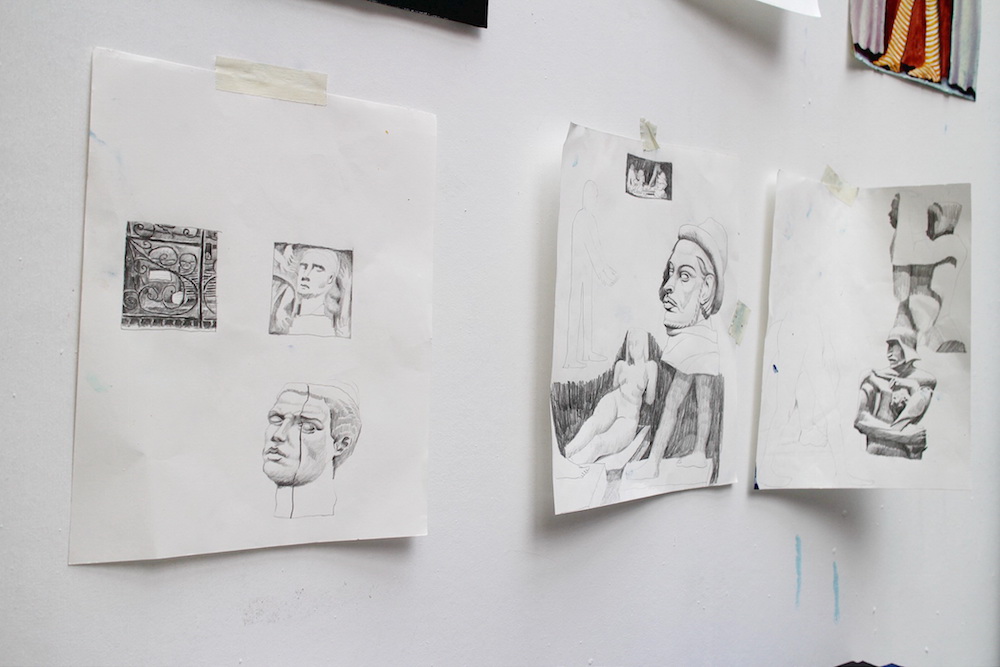 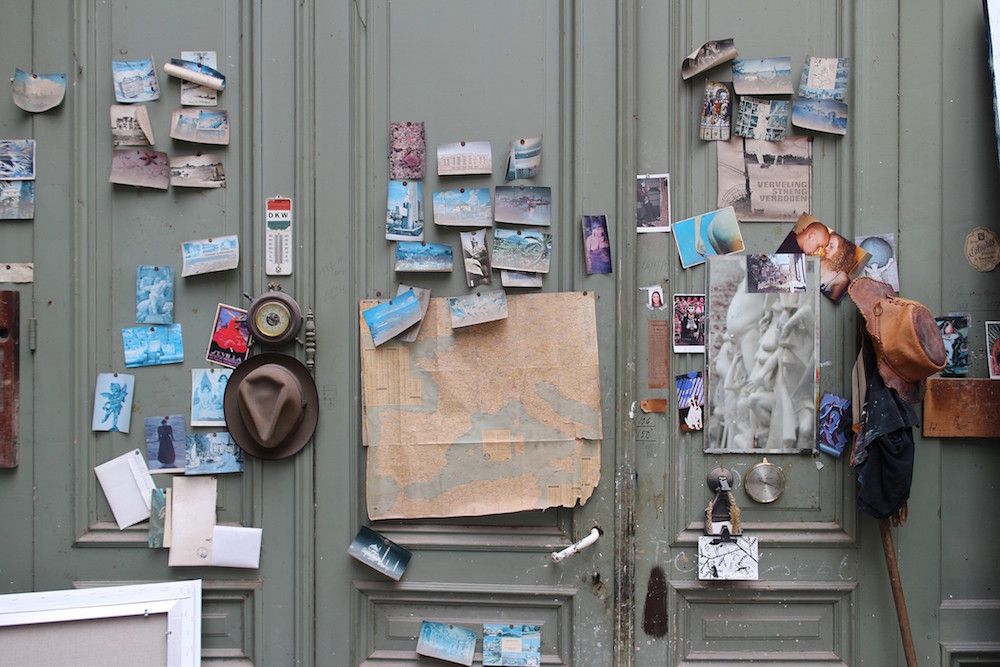 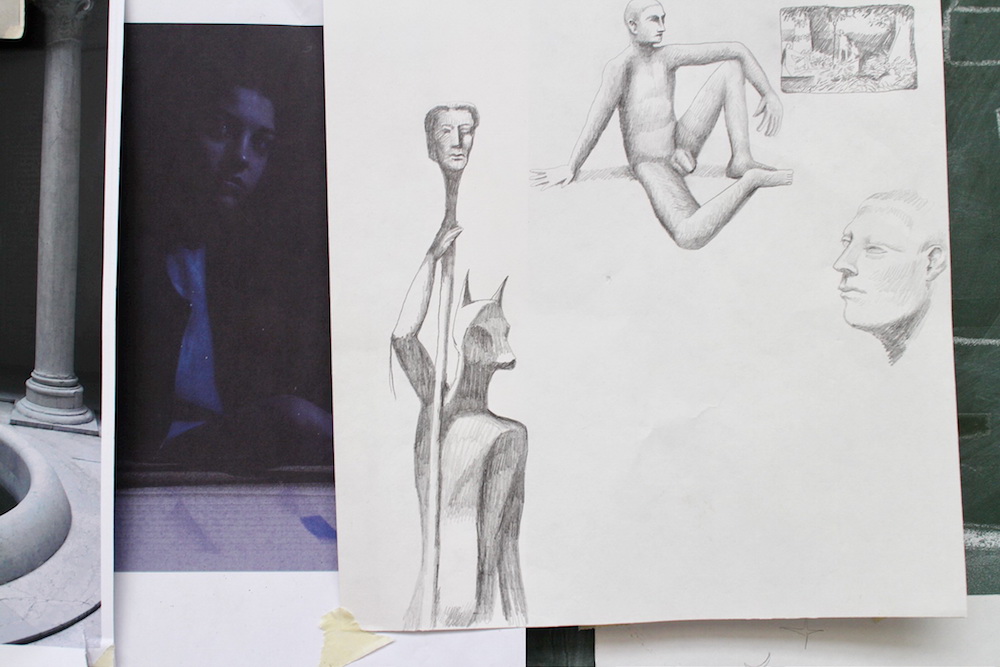 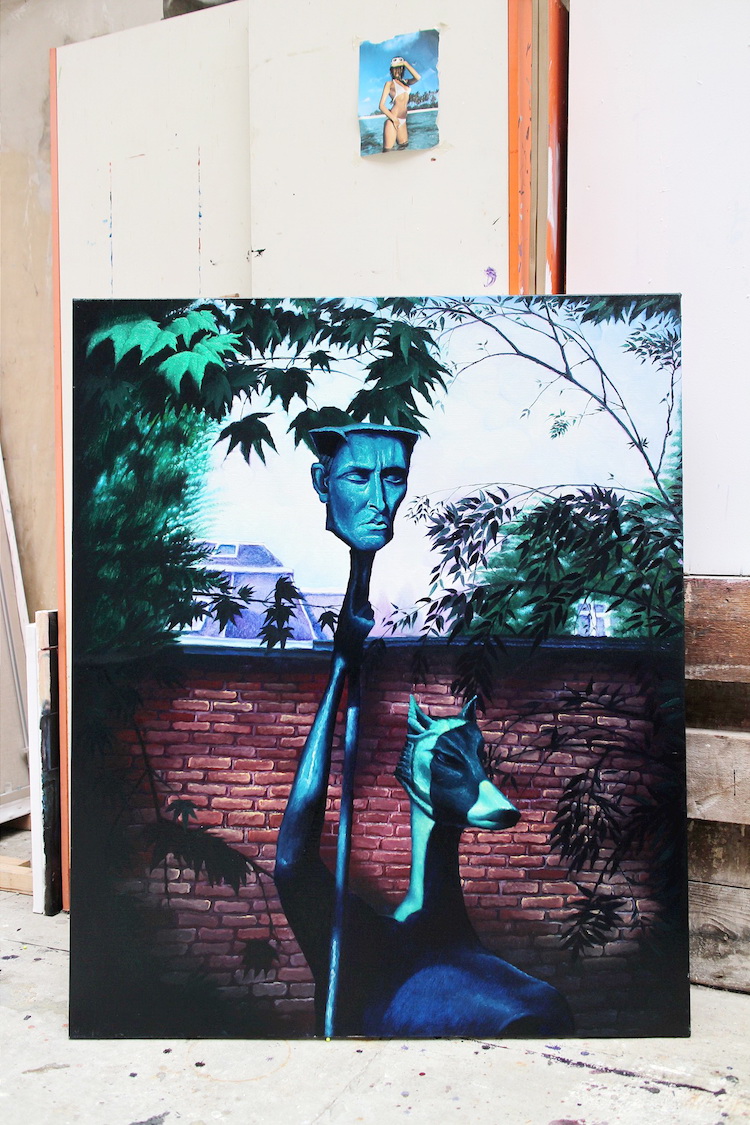 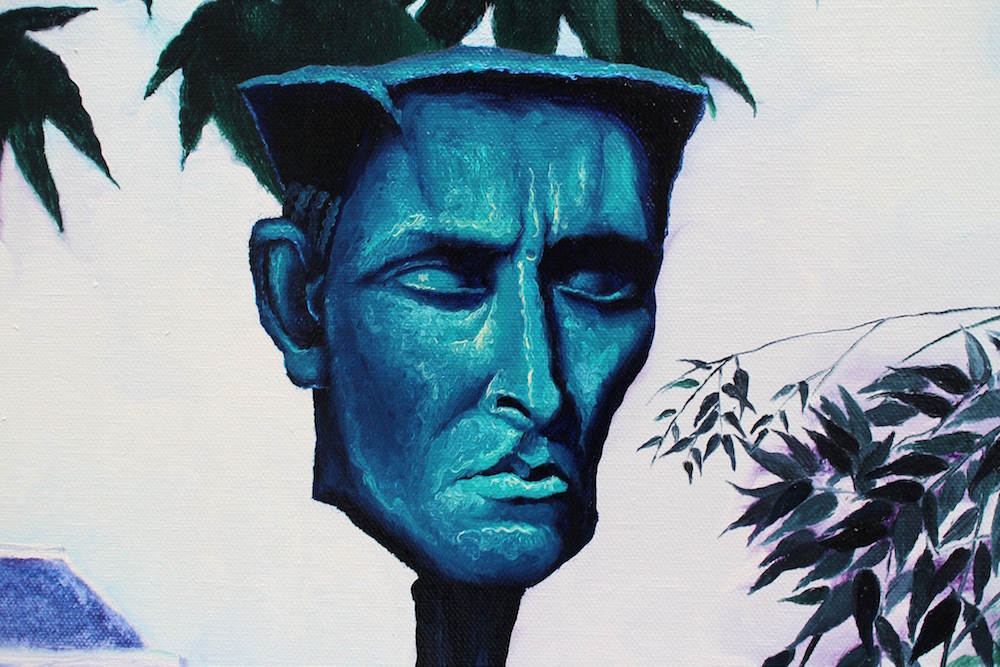 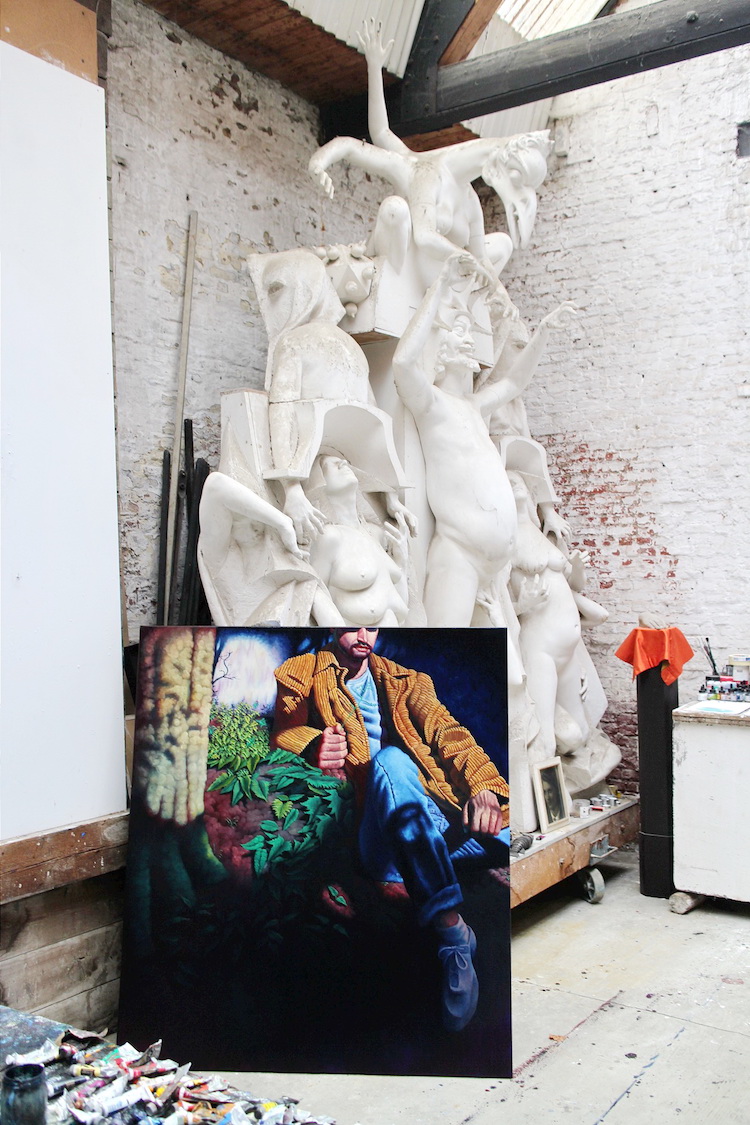 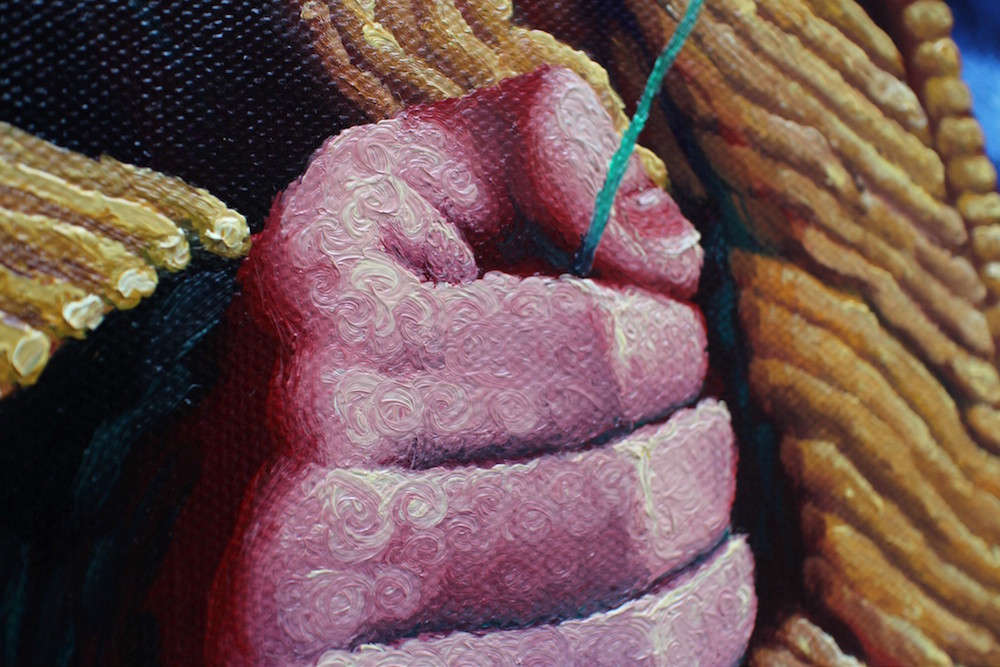 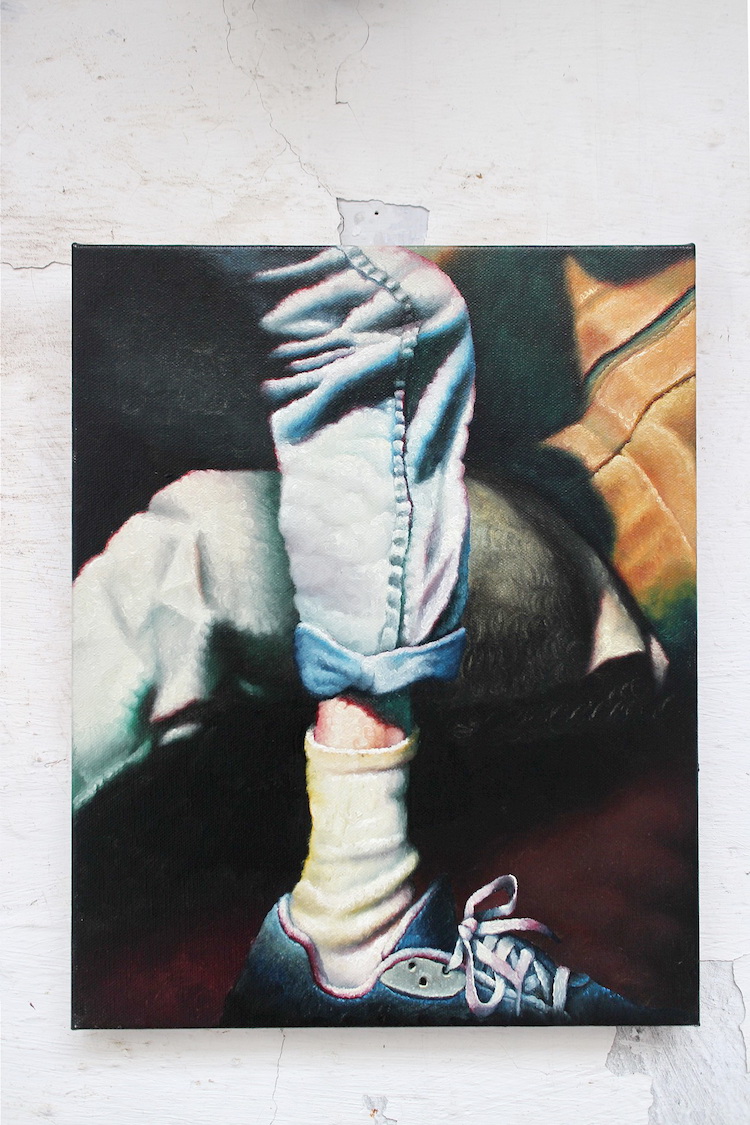 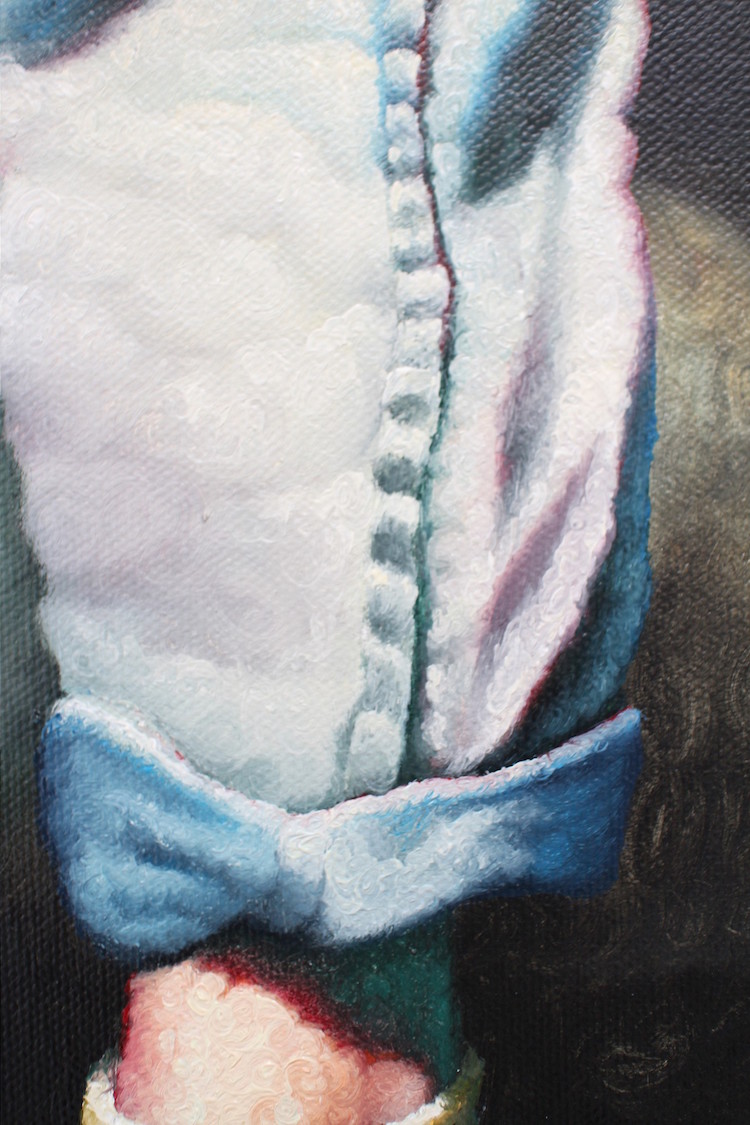 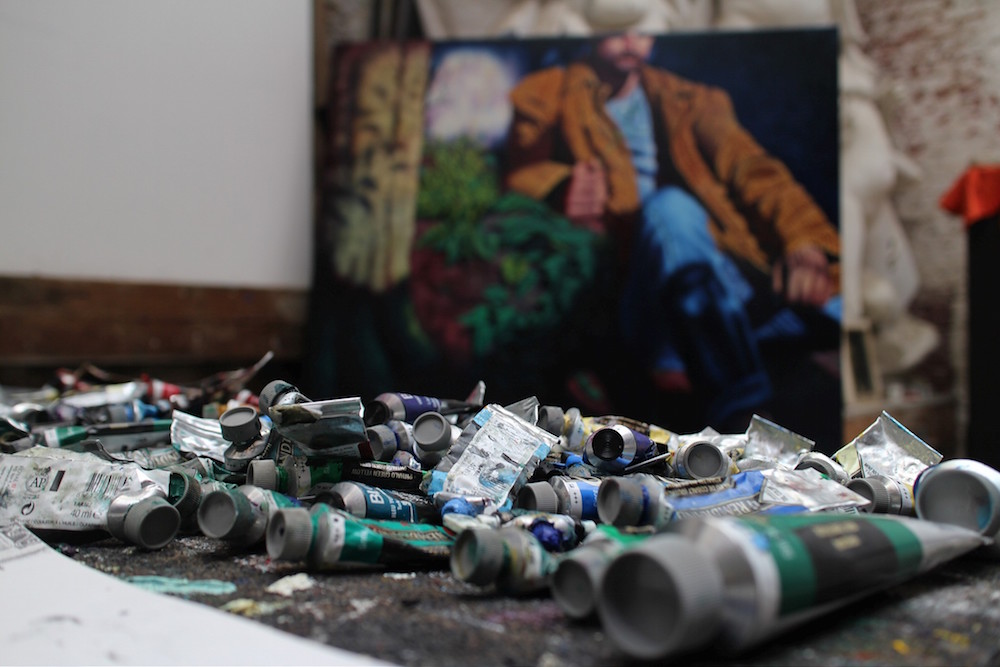 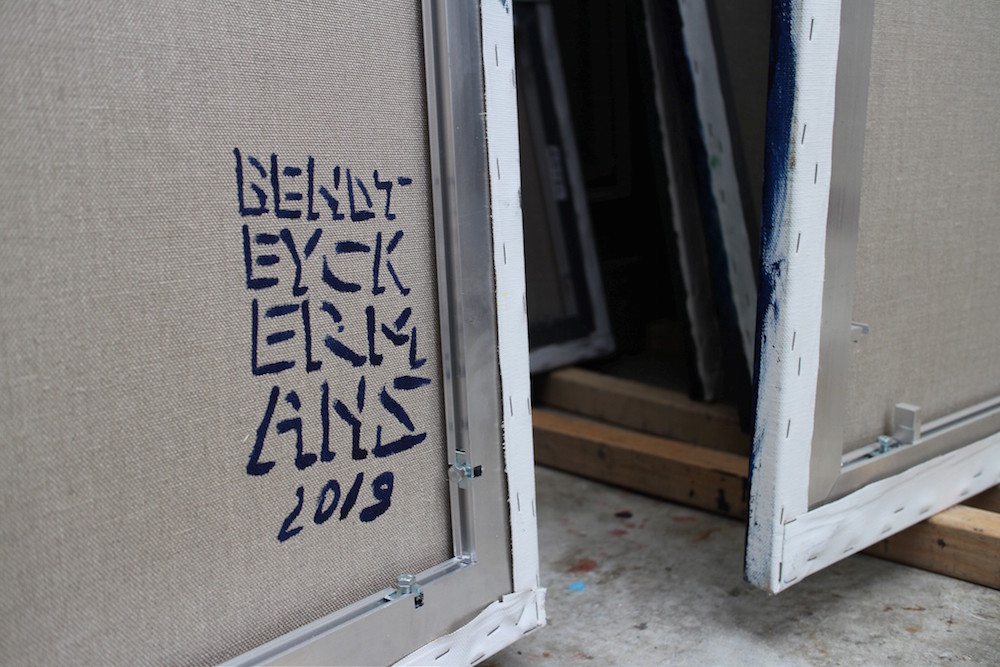 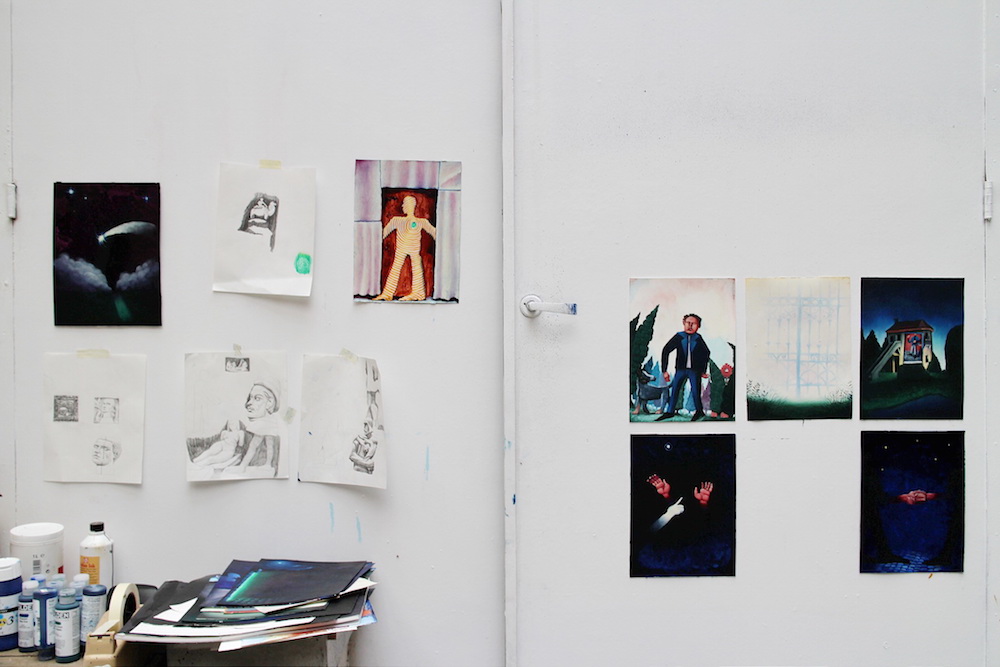 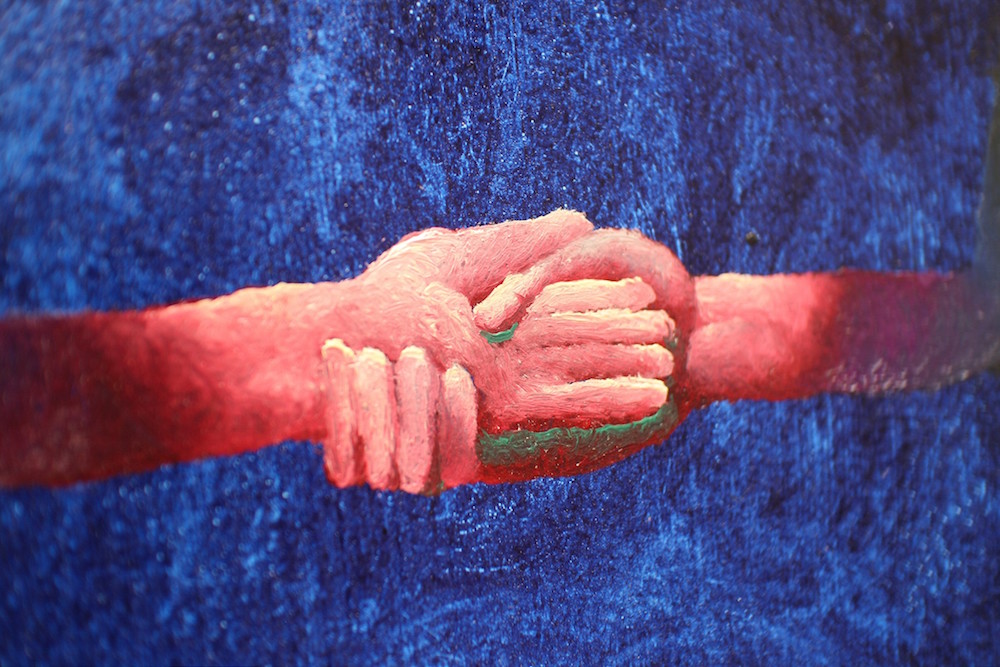 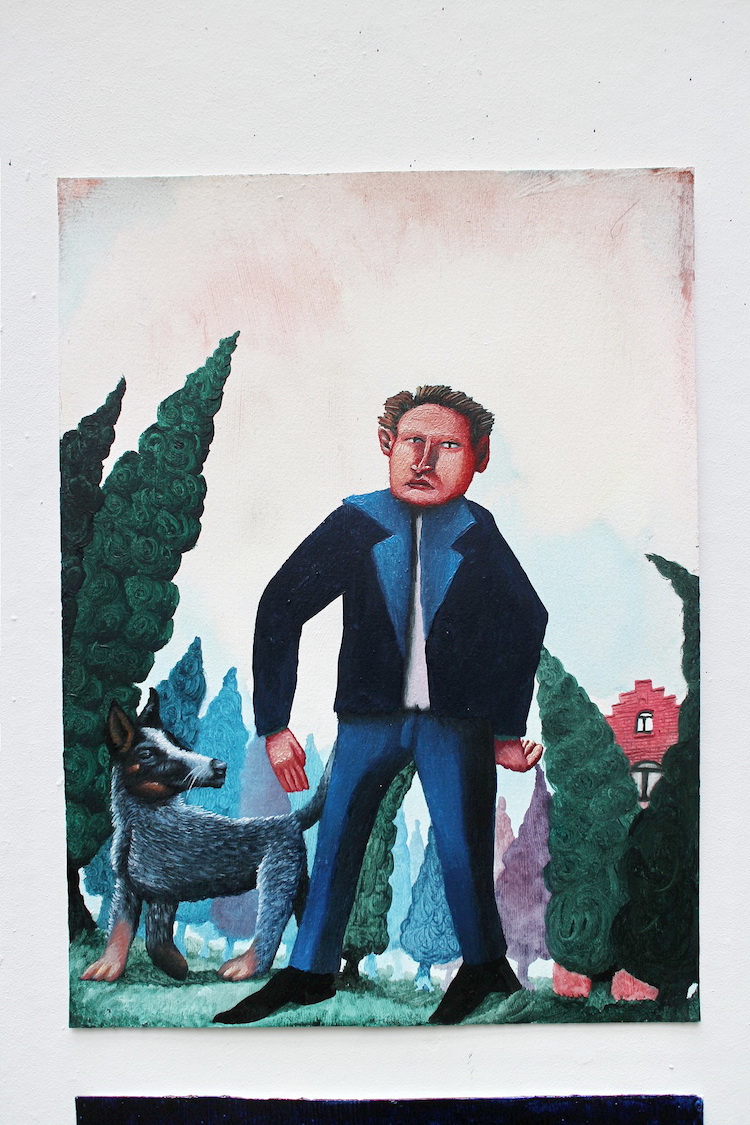 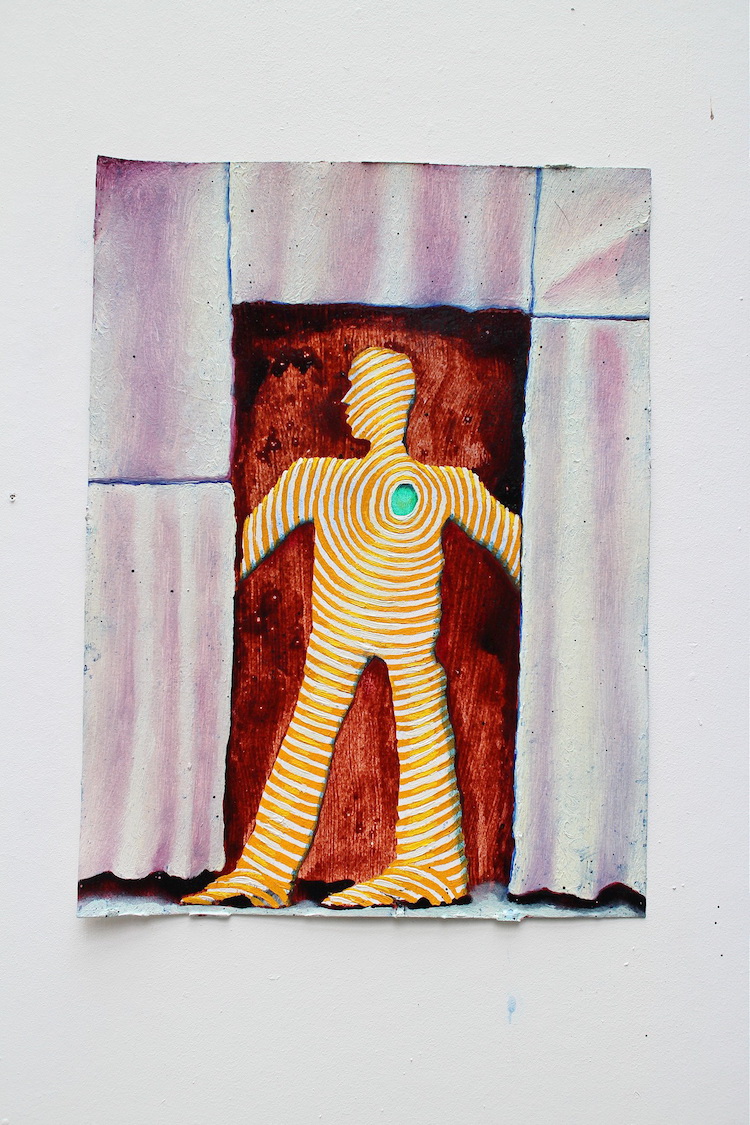 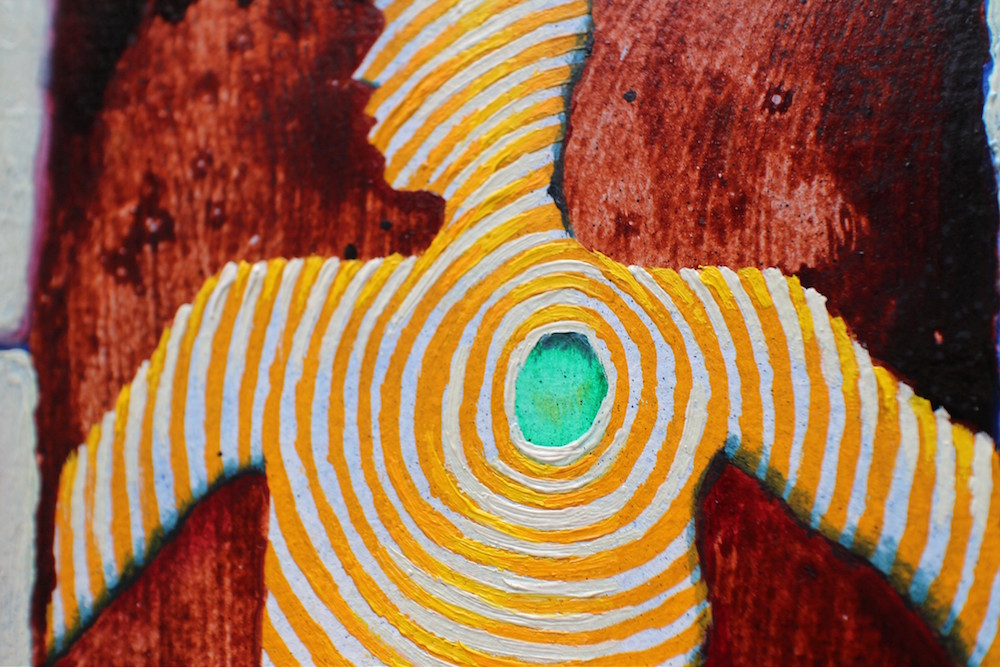 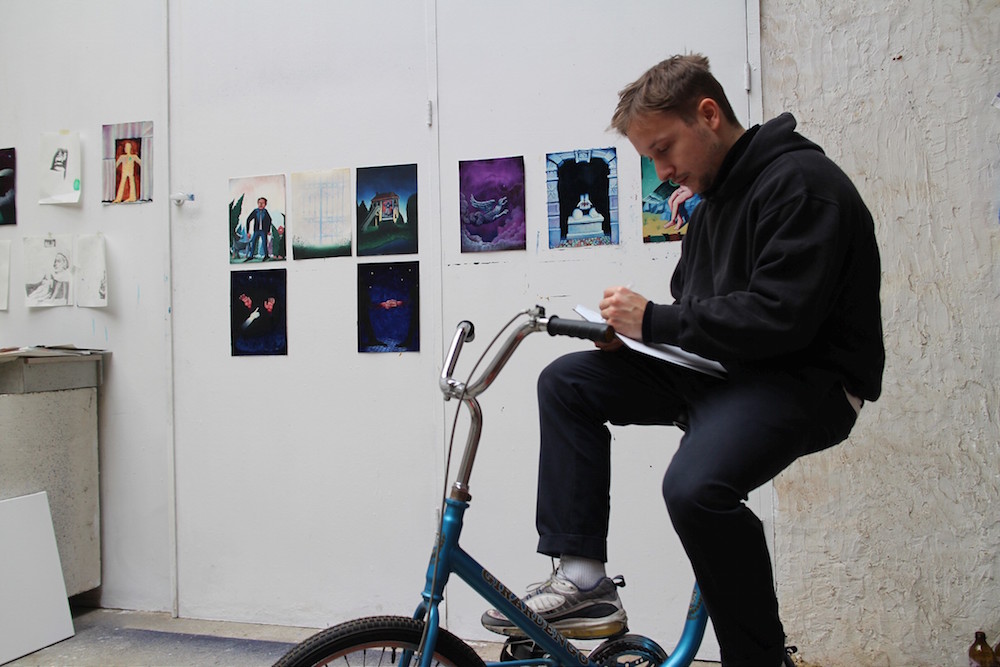 What a treat to visit the inspiring studio of Antwerp-based painter Bendt Eyckermans, just as he finishes work for an upcoming solo presentation with Gallery Sofie Van de Velde. Emanating artistry and creative production, the high ceiling space was previously used by the artist's grandfather, who was a sculptor himself.

Littered with cutouts from both vintage and contemporary newspapers and magazines, as well as artistic tools, books and personal memorabilia scattered throughout, the space is dominated by a monumental self-portrait sculpture made by his late grandfather, Lode Eyckermans. But the physical presence of his grandfather's work isn't the only connection between two generations, as Bendt often borrows images of Lode's work in captivating paintings. Mixed with actual reference photos of his friends, Bendt creates a deeply atmospheric and borderline surreal setting in which light and textures play a key role.

Working in the tradition of well-known realist painters with added contemporary elements, Eyckermans's imposing characters are portrayed with suggestive surrounding light around them, reminiscent of old fashioned movie stills. This is directly influenced by the artist's love for film direction, a profession he almost pursued before choosing into the world of painting. This particular way of illuminating and composing work adds tension and uncertainty to otherwise soothing images. Eyckermans's interest in depicting light effects extends to complex surfaces that regularly reflect unusual hues, further highlighting a curious atmosphere. Focused on textile patterns and textures, the artist bases his brushwork with elaborate twirls that result from the uncommon practice of mixing paint on the canvas rather than on the palette.

Along with mostly large-scale canvases, Eyckermans produced smaller works on paper that are more symbolic and surreal, playing with a different range of concepts. Significantly shifting the basic construction and cast of characters or imagery, these playful creations experiment with colors, compositions, textures and focus, often stepping towards a comic-like aesthetic. Yet, as with his paintings, the artist avoids explaining the work and imagery, leaving it up to the viewer to find a narrative and meaning.

Blue Shadow opens at Gallery Sofie Van de Velde on Saturday, November 30, 2019, following artist's participation in a group show at gallery's partner, Plus One Gallery in 2017.
Text and photo credit by Sasha Bogojev