Looks like Banksy has enjoyed himself in Italy during the Venice Biennale. Or maybe he was like us and didn't quite like his time in Venice. He just released a short video of his time in Venice, with works titled Venice in Oil.

A few hours ago, Banksy introduced his latest work through Instagram, the official channel where the elusive artist shares his projects nowadays. Some have speculated in recent days that the artist was recently visiting Venice but actually had a stall on one of the popular squares of the temporary art capital of the world.

Never invited to be the part of Venice Biennale, undeterred, Banksy once again invited himself to showcase his work. Using the pop-up stand that typically sells tacky paintings and souvenirs, he assembled a selection of 9 works that collectively built the image of a massive cruise ship blocking the city.

Clearly addressing the issue of big cruise ships docking on the fragile sinking city that has been raising tension between Venetians and the tourism industry for years, Banksy presented the more realistic image of the city through his work. Posing a huge conservation risk to Venice by impacting the local ecosystem and eroding the canal banks, these massive vessels transport a large number of visitors annually, with an estimated number of over 30 million visitors every year. Last year, Italy's government voted for a ban of giant cruise ships from the city's historic center, but it's expected to take four years to implement the changes. 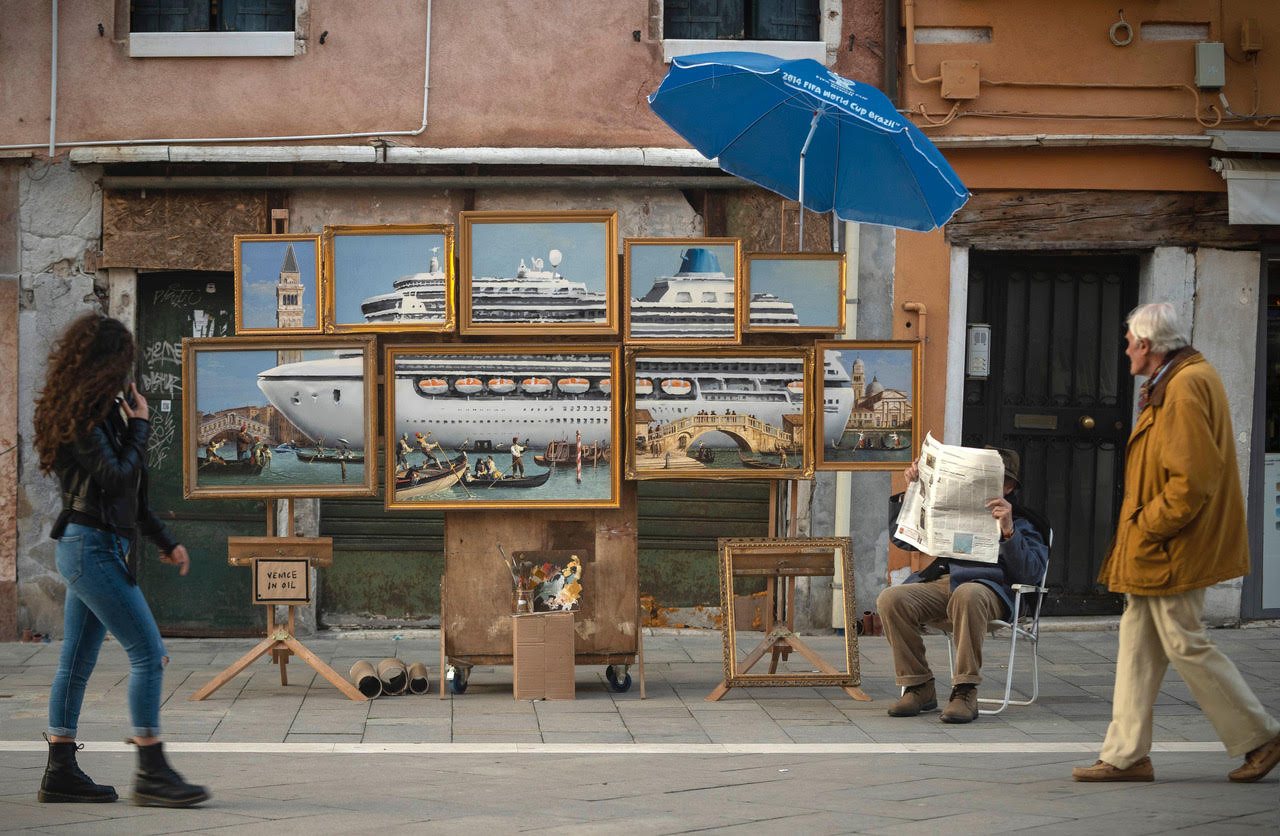