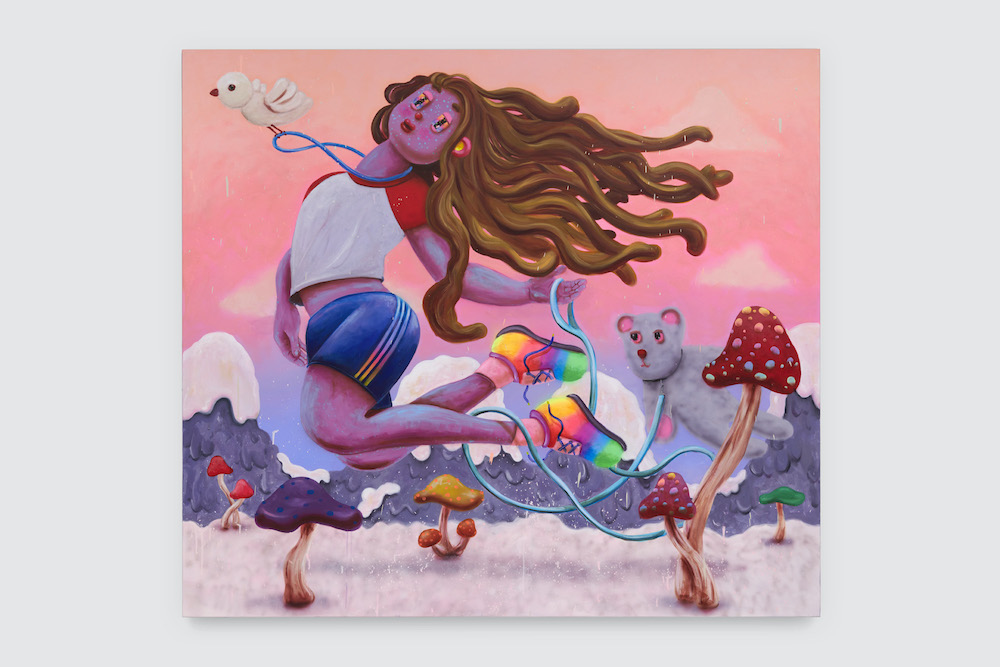 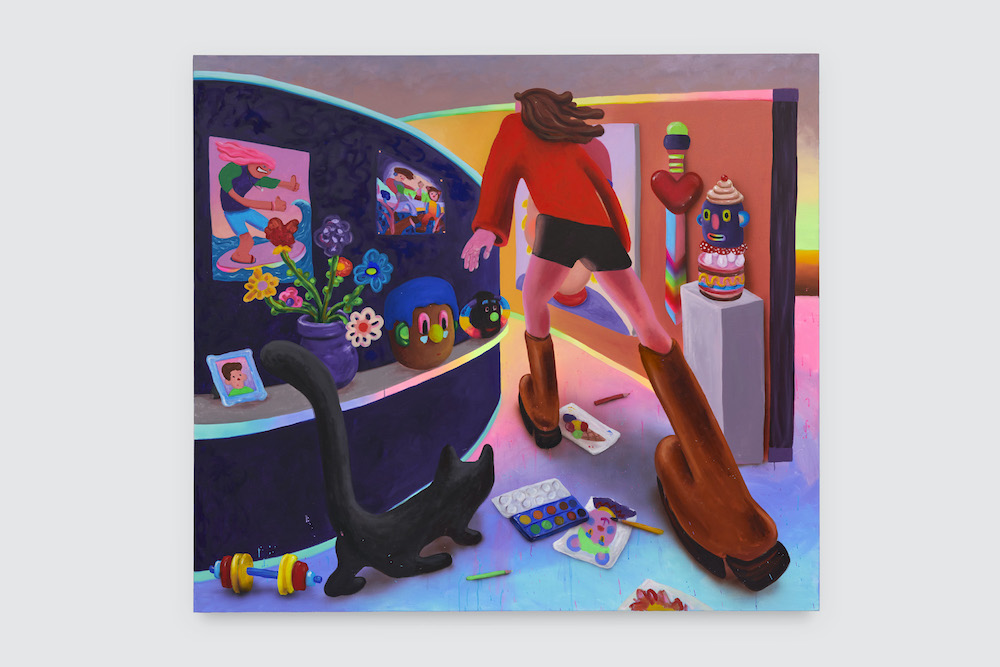 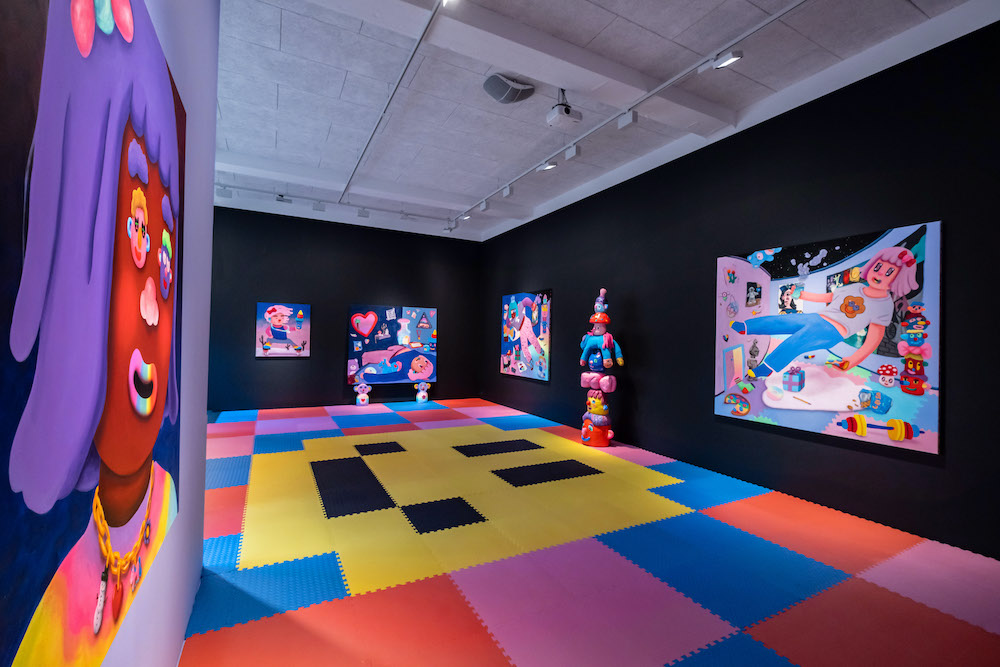 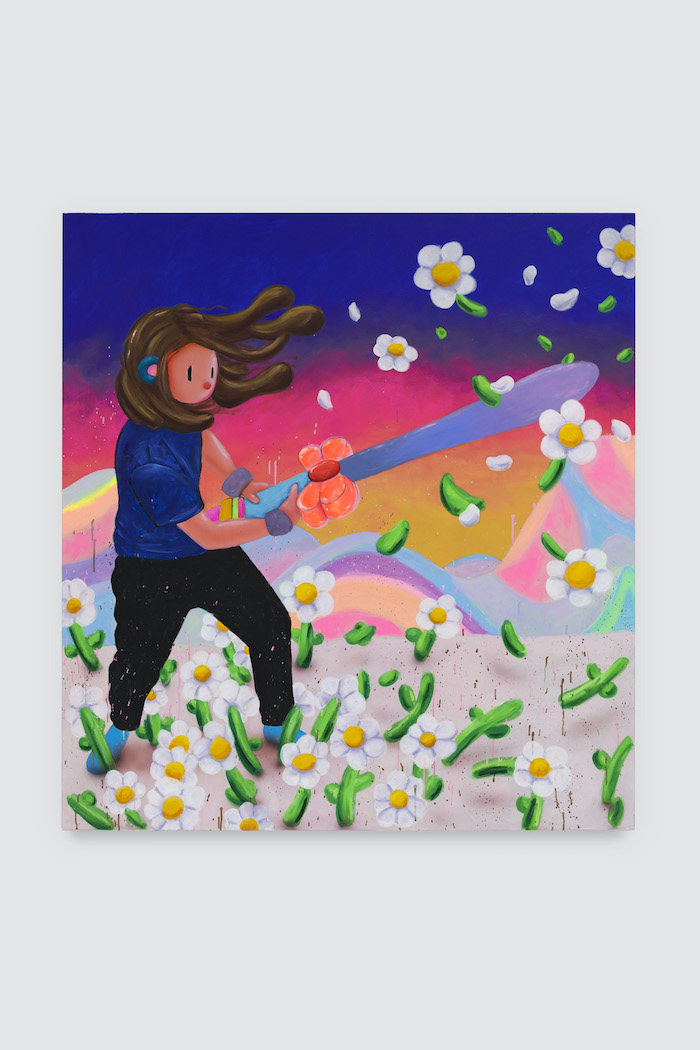 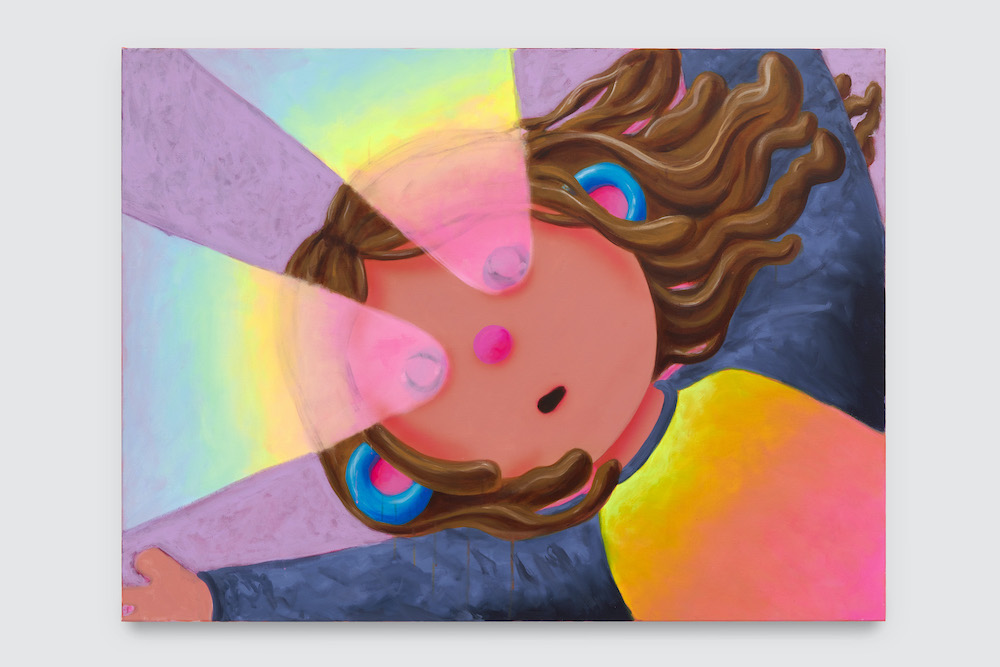 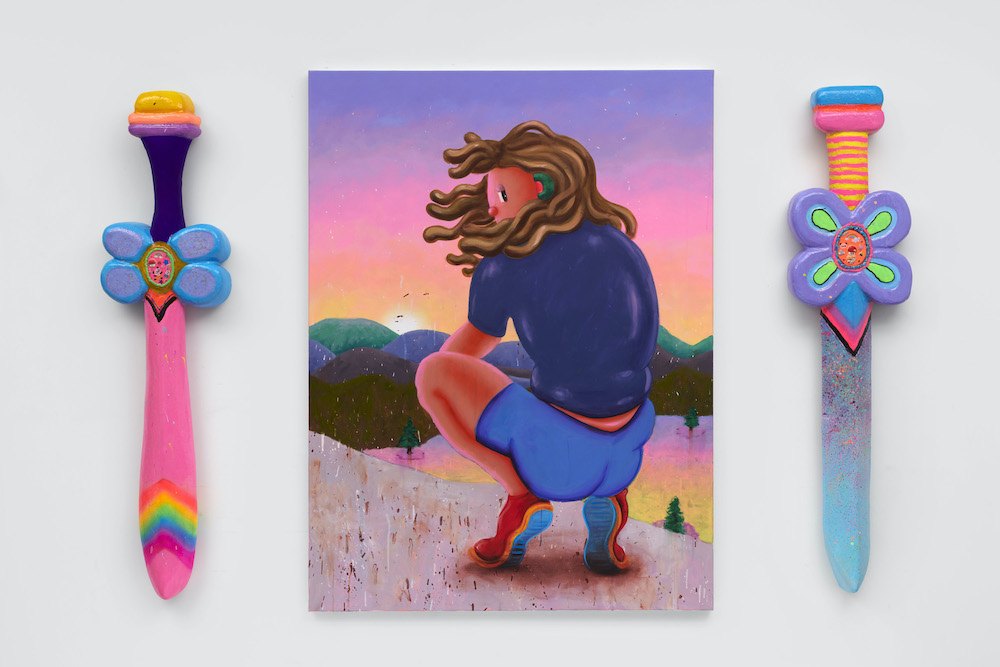 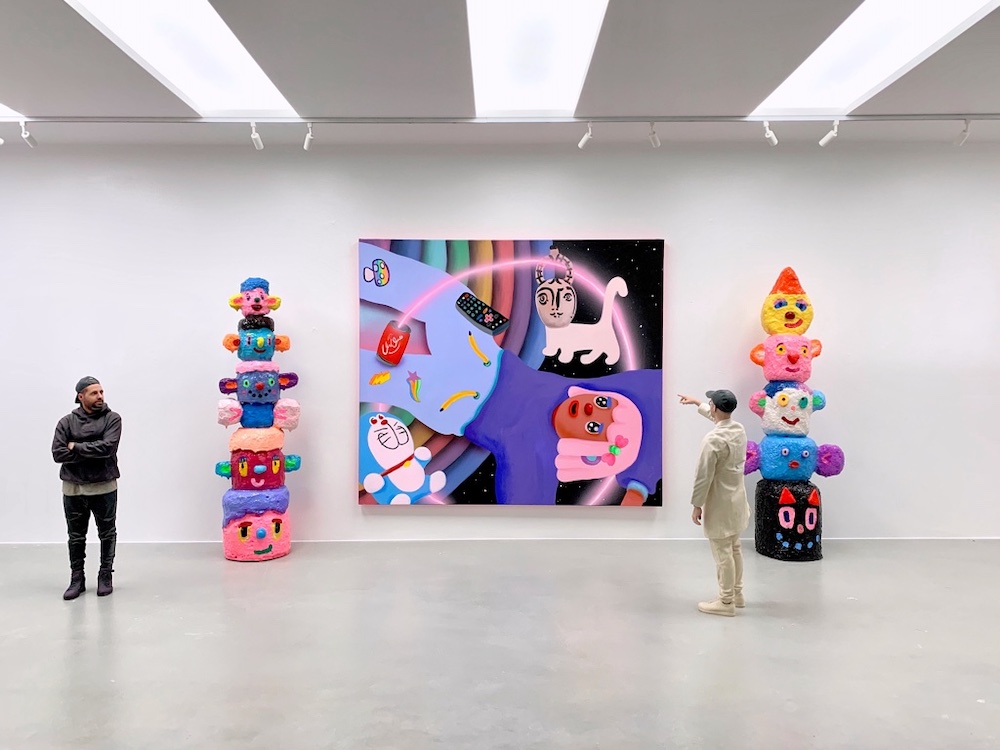 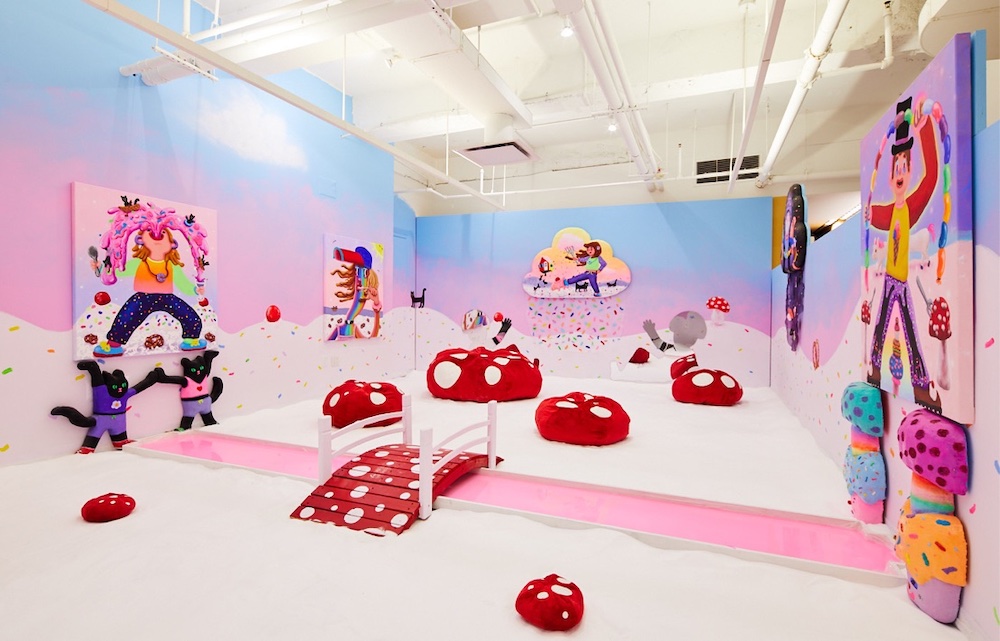 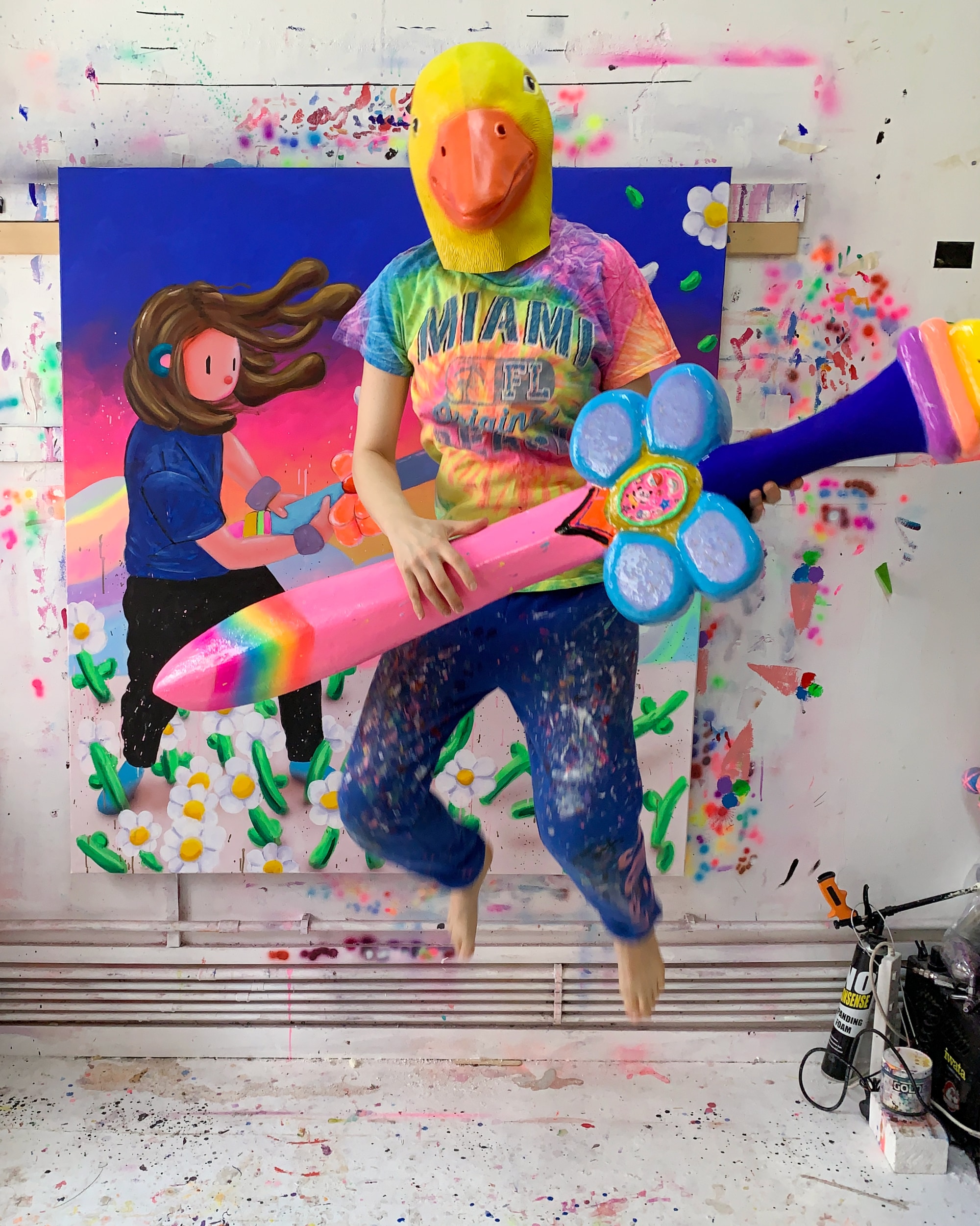 A few years ago when we published our first interview with East German-born, London-based painter and almost mythical figure Super Future Kid,  deputy editor Kristin Farr asked the artist for a definition of her superpowers, to which she unforgettably answered, "To be incredibly childish and yet able to do all the grown up stuff." That has stuck with us. An artist with the incredible gift of precisely hand-painting pictures that appear digital and who has created characters that pulsate in hyper-color and unmistakable detail, Super Future Kid has carved out one of the most singular and individualistic careers in the art world.

Yet no matter how far she has traveled to great acclaim, Super Future Kid retains a prolific energy and delight in discovery that is infectious. Born in East Germany in the early 1980s, she claims to have never seen color until the Wall came down.  "I spent the first eight years of my life not knowing that there was a universe of colors, toys and all kinds of fun things waiting for me on the other side of the Wall. I had a great childhood but it got a massive upgrade after November ’89!" This detail is essential in appreciating the creation of her universe, where  characters and colors burst out of her first encounters with cartoons, candy, toys, animations, and films, a giddy and welcome culture shock that, as we learn in this podcast, is still a major influence and driving force for her today.

For this episode of Radio Juxtapoz, we spoke with Super Future Kid from her studio in London as she had just sent a new body of work, Seaweed Sunrise, to Hong Kong for a solo show at Over the Influence opening October 10th. Of course, the conversation ranged from the disappointment of not being able to attend her opening, and the challenges that Covid has imposed. But we also dug deep into her memories of East Germany, how pop-culture surprised and inspired her works, how she was influenced by Neo Rauch and how making work under a moniker has given her more freedom to create.