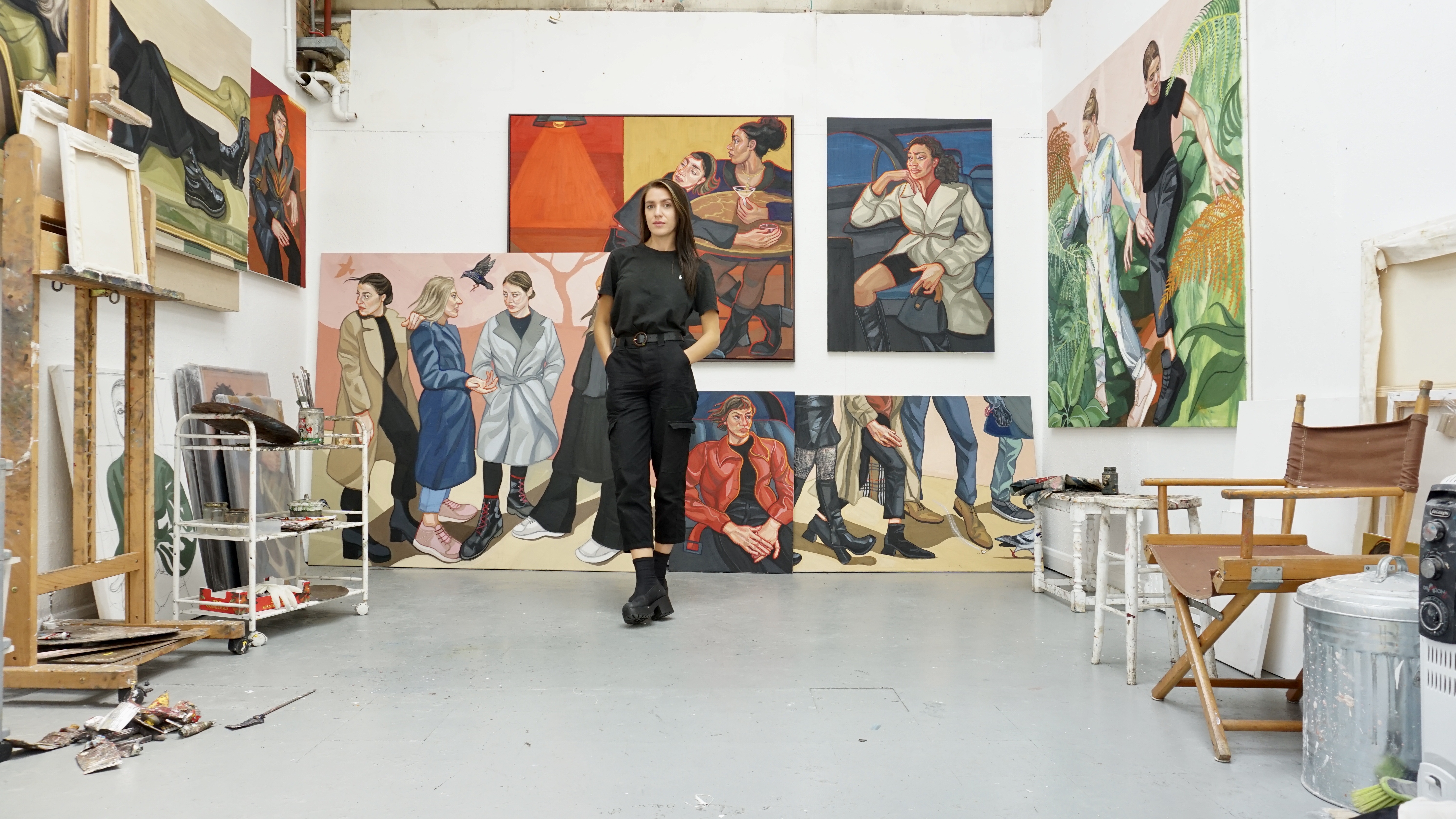 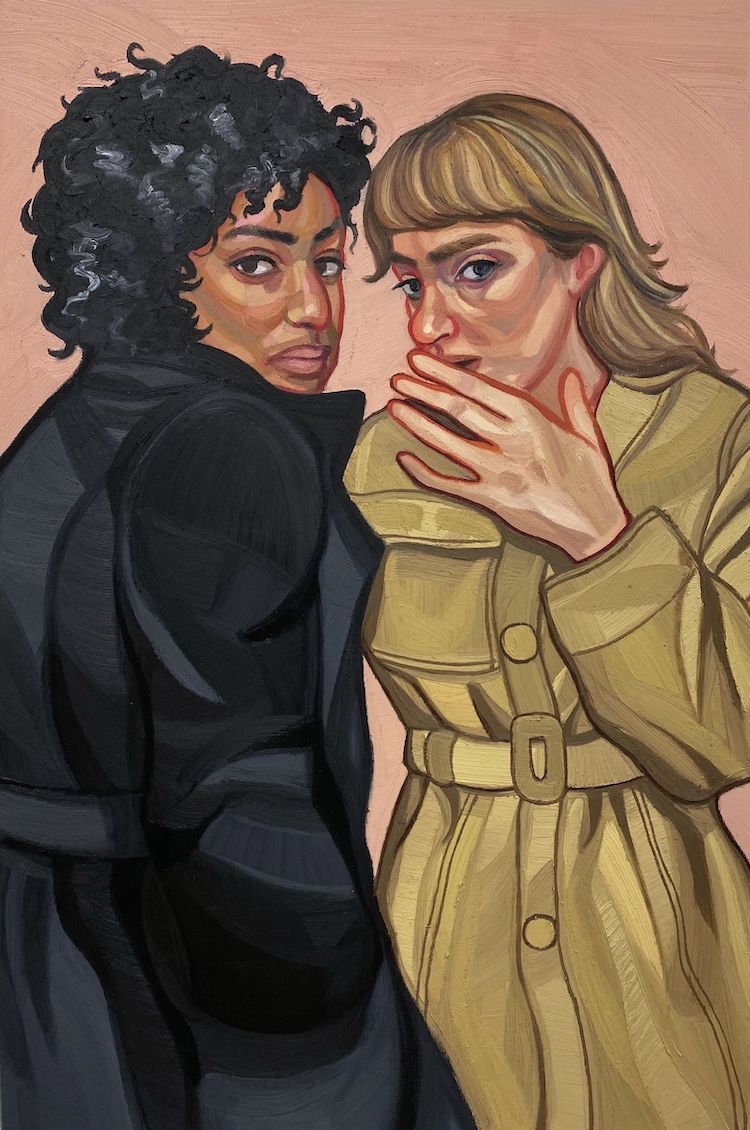 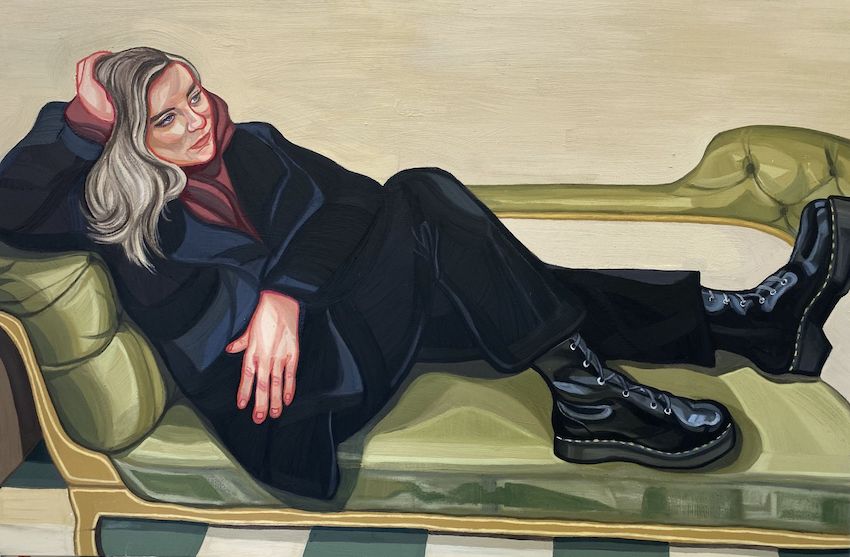 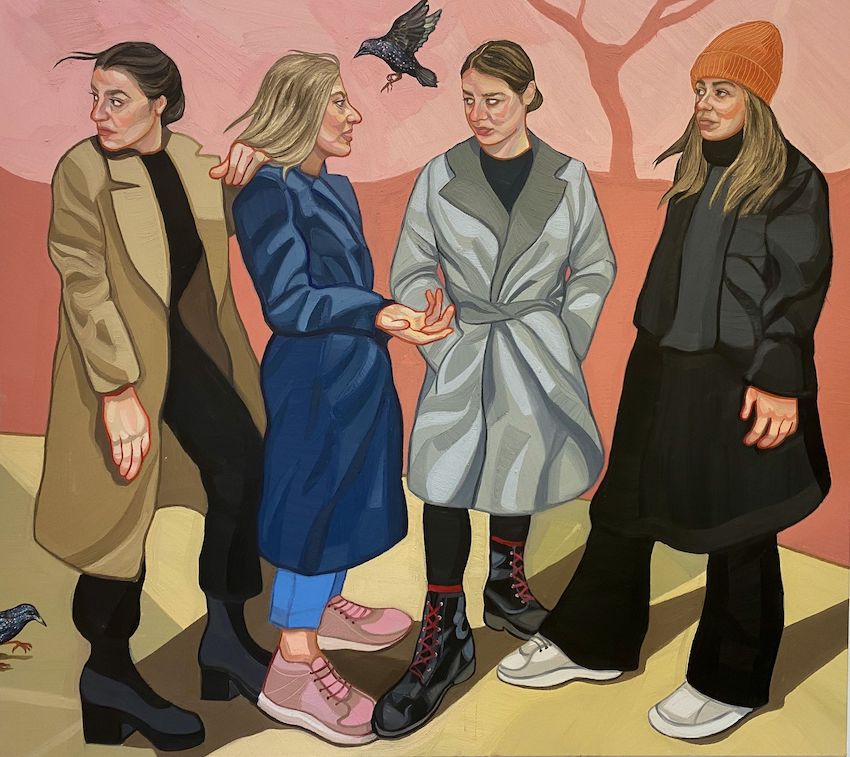 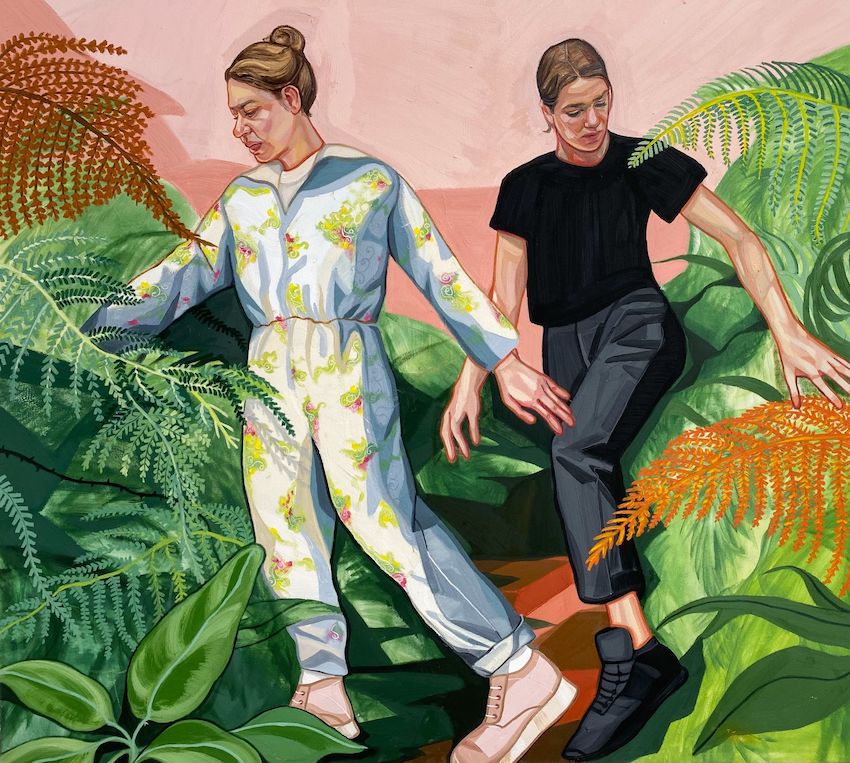 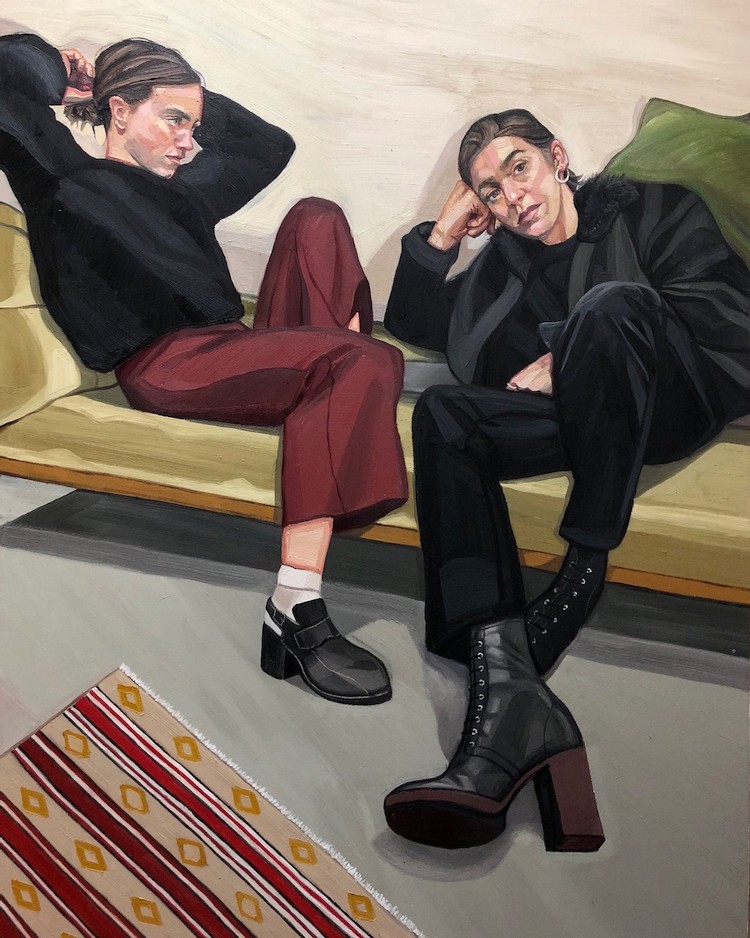 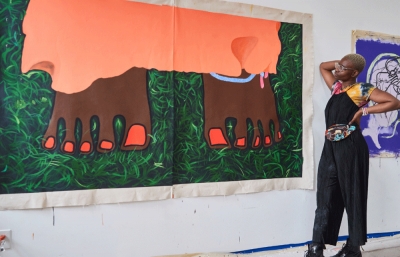 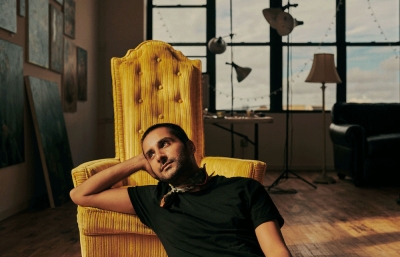 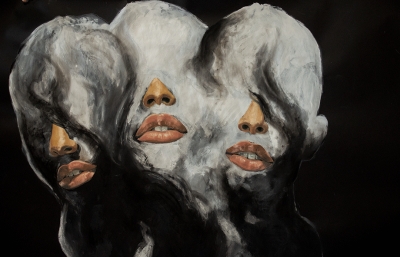 I have been painting for about seven years, changing studio spaces over time. My current studio is on an old American Air Base in Suffolk County in England, where the old runway tracks are now left with the skeletons of old air jets that sit in the middle of nowhere. In the distant surroundings are empty hangers and the old control tower which are the last echoes of their history.

My studio space is an old interrogation room which used to hold a two way mirror—where it was all about figuring someone out, provoking and creating anxiety in order to get confessions. We use body language to observe reading into people's emotions. I like to think this is how my work is seen... with less of the interrogation aspect. I am a big fan of silent movies where little is said, and I like my work to be seen like this.

When I was younger, I used to create comic strips of storylines that I had invented, and I feel like I have reverted back to this now in my work. The characters that I paint are always looking out of the frame, as if the story isn’t finished and there’s more going on outside the scene, rather than in the painting. There’s so much that can be conveyed in an expression; it’s our biggest form of recognizable communication. Especially the eyes and eyebrows, which are the most prominent features in which we read emotion, which is why I exaggerate them. Emotions are not only worn on our facial expressions, as they also can also trigger emotions; so each painting that I make will carry some feeling that I was experiencing at the time. Everyone reads into expressions differently and this can be a reflection of the person themselves. —Ania Hobson

Ania Hobson had a solo show last fall at Catto Gallery in Hampstead, London. This article was orginally published in the Winter 2021 Quarterly.