CRvM from Pay a Visit on Vimeo.

By presenting the artist's studio as both a physical space and a more abstract “headspace,” CRvM provides an introspective and very visceral glimpse into the mind of painter Christian Rex van Minnen, who pairs his own words with visuals that communicate the cerebral and technical processes that play such an integral roll in his work. The film is the first in a series of short experimental documentaries by directors Justin Carlson and Alex Nicholson.

While Christian Rex van Minnen's prowess as a painter clearly expresses unnatural talent, it is also the product of a life dedicated to mastery of a process that is as introspective and emotional as it is technical. “What painting has given me over the however many years I've been doing it,” he told the filmmakers, “is just a better sense of my own shadow and parts of my psyche that need to be revealed to myself so I know what's motivating me to do certain things.” The self-reflective nature of van Minnen's method emerges as the artist works in his studio is juxtaposed with surreal, dreamlike motifs that portray the joys and struggles of creating a work of art; “the most important thing,” Christian emphasizes, “is painting. It's not the painting.”

Read an excerpt from the filmmakers' interview with the artist below! 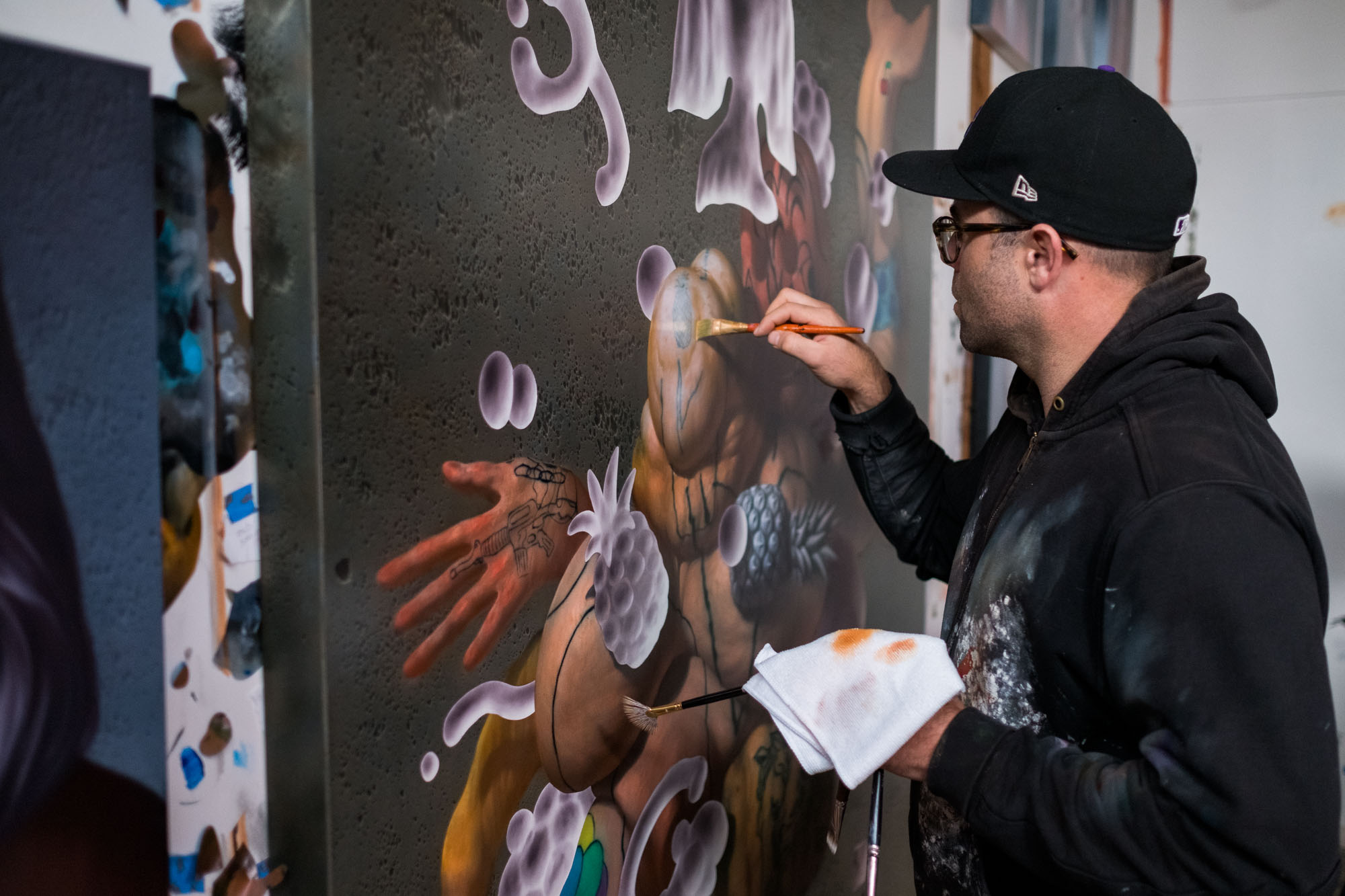 When we first talked about making this short you mentioned that what you paint was less about ideas and more about feelings. Can you elaborate on that difference?
Christian Rex van Minnen: The paintings are never coming from this perfected idea and it's an execution of that idea. I'm always mining for that interstitial space. I don't know if I have anything to offer as far as great ideas, you know? I don't think I have any great insights about the world or the universe, I don't know if what I have is of any value as far as ideas go. I have something to work off from the past. These paintings are all connected. However many years it's been, each painting informs the last. It's never a hard stop and then blank slate and start new, each one is building on the last one. I don't if I know how to distinguish between an idea and a feeling.

I also remember you saying you were often surprised by what appears in a painting. Does that sense of surprise pass once you have lived with it for awhile? Do those things then continue to find their way into your work?
Maybe it's kind of a psycho-spiritual muscle memory thing. There are moments where I can be surprised and excited about something that happens in a painting organically, it's not predetermined. Then the bigger question is, how did I arrive at that place where that was possible? How can I exercise, figuratively speaking, that muscle group?

Earlier you were talking about automatic drawing, Can you explain what that is?
Automatic drawing can mean different things to different people. It's a really confusing issue because they say automatic drawing is about intuition, the intuitive mark. You just let whatever is in you spill out; but I question that because I'm not sure you should always follow intuition, which can be predictable. How do you be unpredictable in your own process? So I think that the counterintuitive is just as important as the intuitive in automatic drawings. I rely equally on that and the counterintuitive, which is sort of battling against the predictable. It's never one or the other, that's why these paintings look the way they do because it's this dance between intuition and counter-intuition before it solidifies into a thing.

Can you talk a little bit about your value of discomfort in the process?
Again, do you trust your intuition or not, because I think that often times discomfort can be a true north in this journey towards self-discovery and self-realization. Discomfort can be what you go towards and not away… sometimes. Cultivating too much disturbance in your life can masochistic, or it can be very fruitful. It's a balancing act. So if a painting is finished and it is embarrassing, it's usually a pretty good sign that I've done something right. It can also be signaling that you are being provocative… it's all in the reward. Are you truly getting something rewarding or is this an ego thing? And they can often hide behind one another. Any kind of fruitful activity is going to be somewhat uncomfortable initially.

How does what you learn about yourself painting in the studio influence the rest of your life outside?
What painting has given me over the however many years I've been doing it is just a better sense of my own shadow and parts of my psyche that need to be revealed to me so I know the motivation for certain things. In those early years, it was very messy, and over time I've learned a lot about myself and the stories I tell myself and what motivates me to essentially be free of some of that, or at least be aware of some of it so I'm not such a volatile person outside of the studio. Painting has really assisted in this process of knowledge of self. Which I think is everyone's goal, to be a better person, to be of greater service to… people.