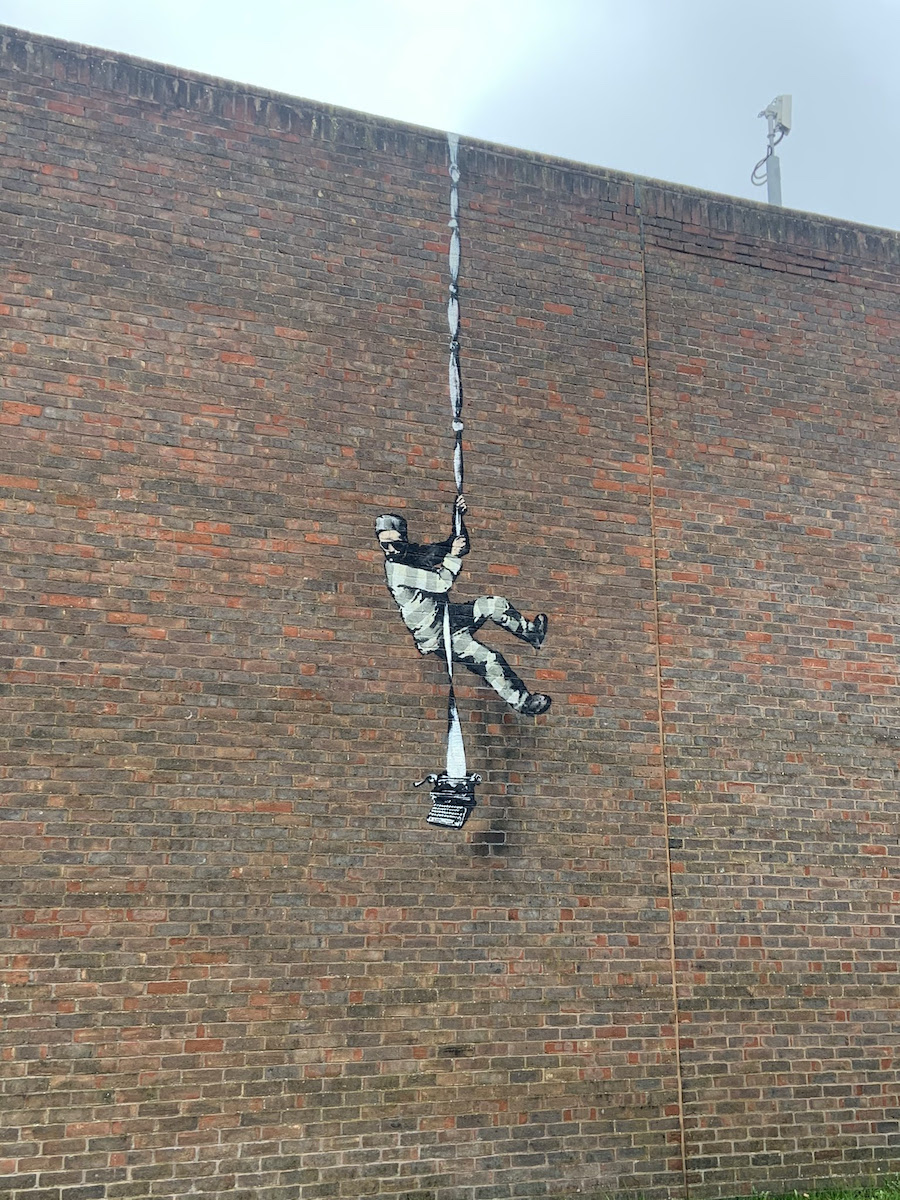 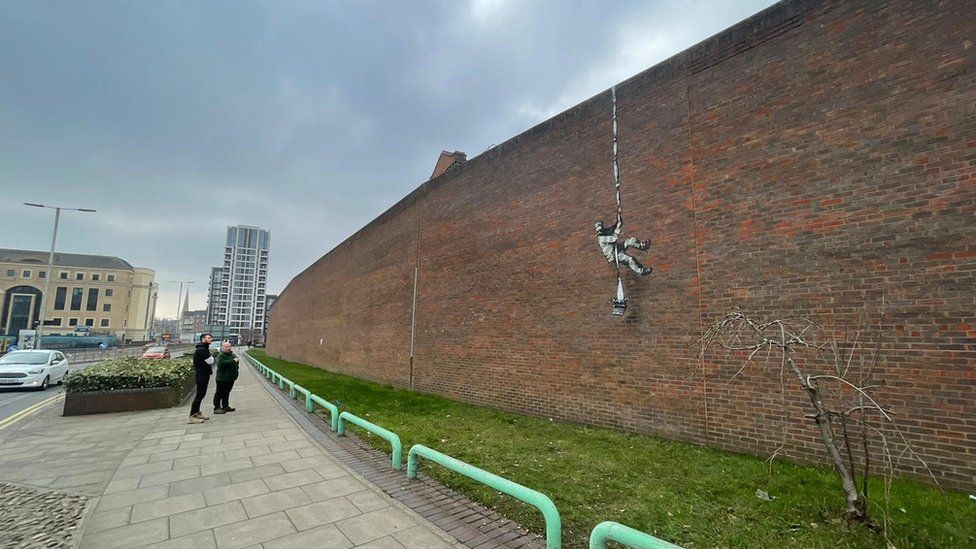 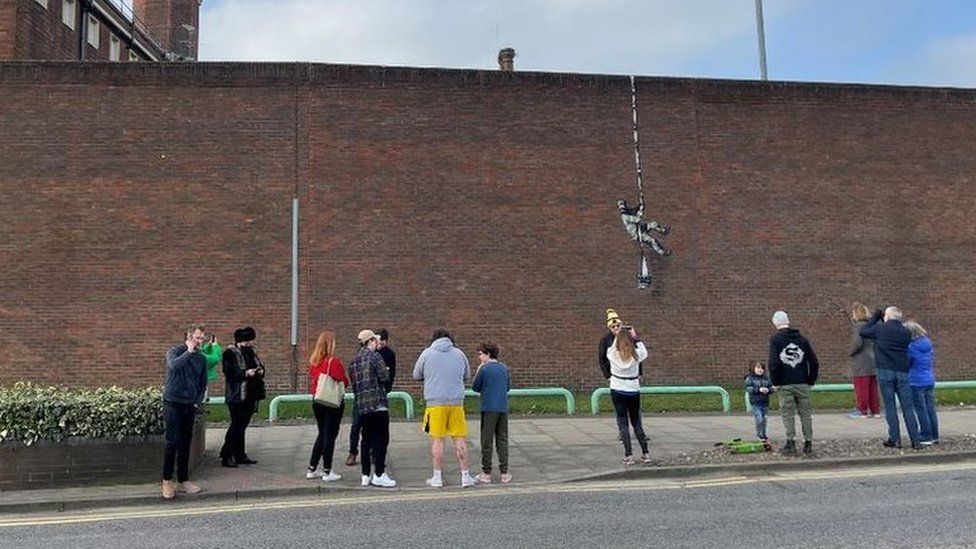 Lots to digest in the new Banksy work that showed up on the side of a brick facade of Reading Prison last night. According to the BBC, "The picture shows a prisoner - possibly resembling famous inmate Oscar Wilde - escaping on a rope made of bedsheets tied to a typewriter." What we do know? Wilde was housed in this prison between 1895 and 1897. (Famously, his poem Ballad of Reading Gaol was written in this era, an ode to the brutal conditions of the Victorian prison system.) We know that "Campaigners have been fighting to see the former jail turned into an arts hub rather than sold off for housing." We know that Banksy has long brought attention to global and local matters when it comes to the fair distribution in terms of access to the arts.

That the world's most famous artist would choose a Wilde style (get it) character with a typewrtier attached to his leg, careening down a brick wall to escape jail seems just about right. Although as of this moment he has yet to claim the work, the hallmarks are all there.

Stay tuned to Banksy's IG for a verification.