New Banksy in Bethlehem for "Alternativity" 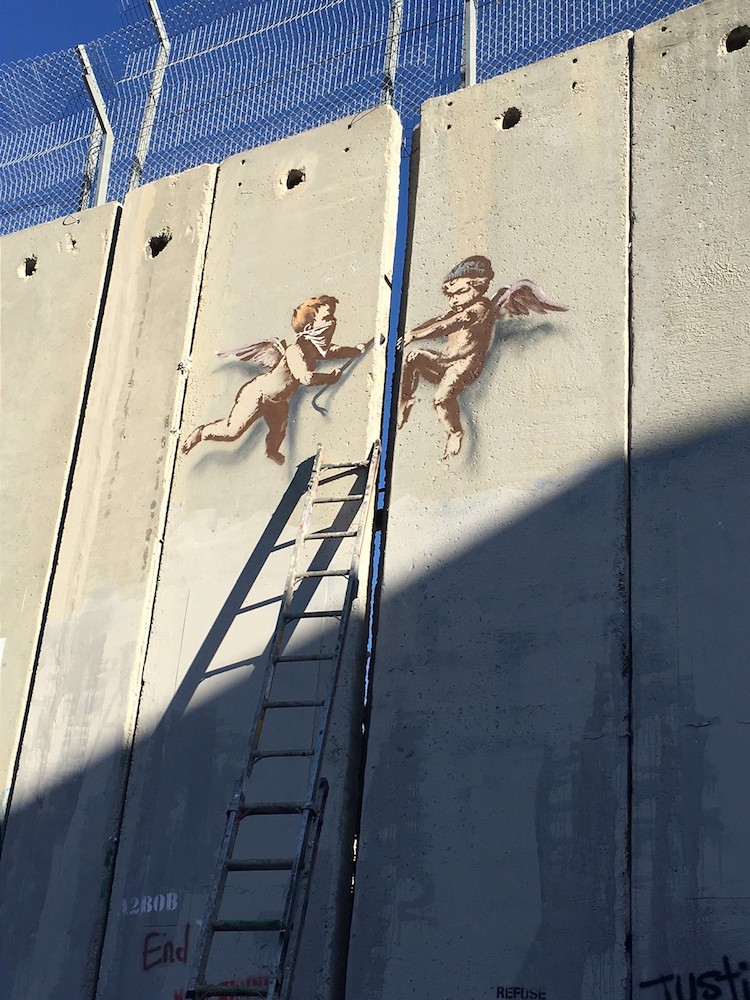 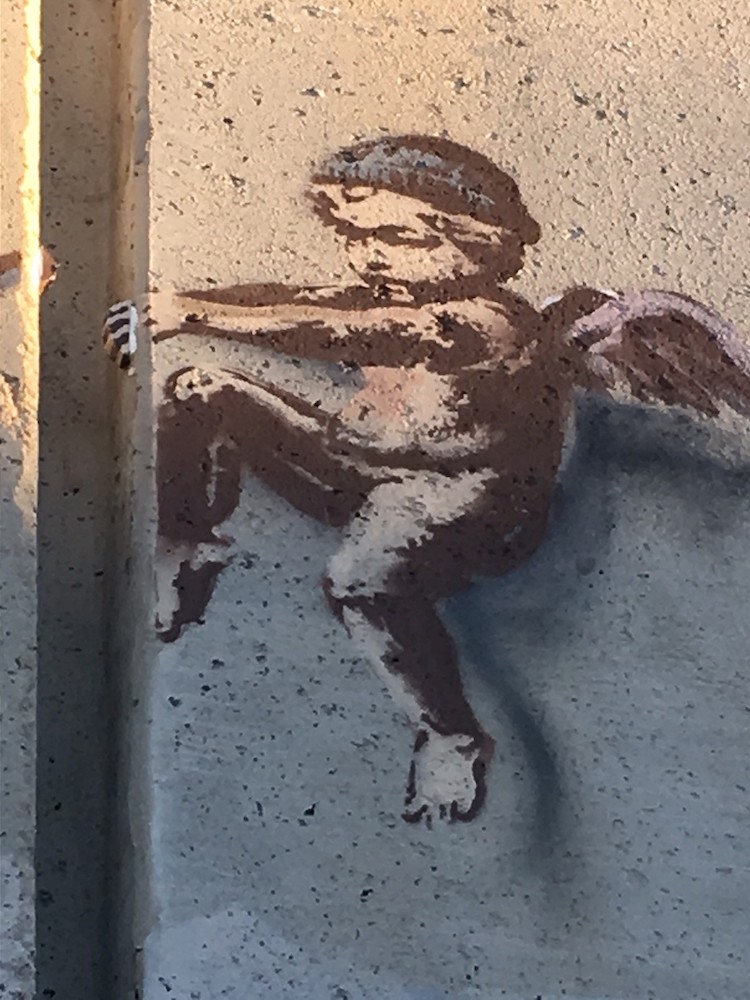 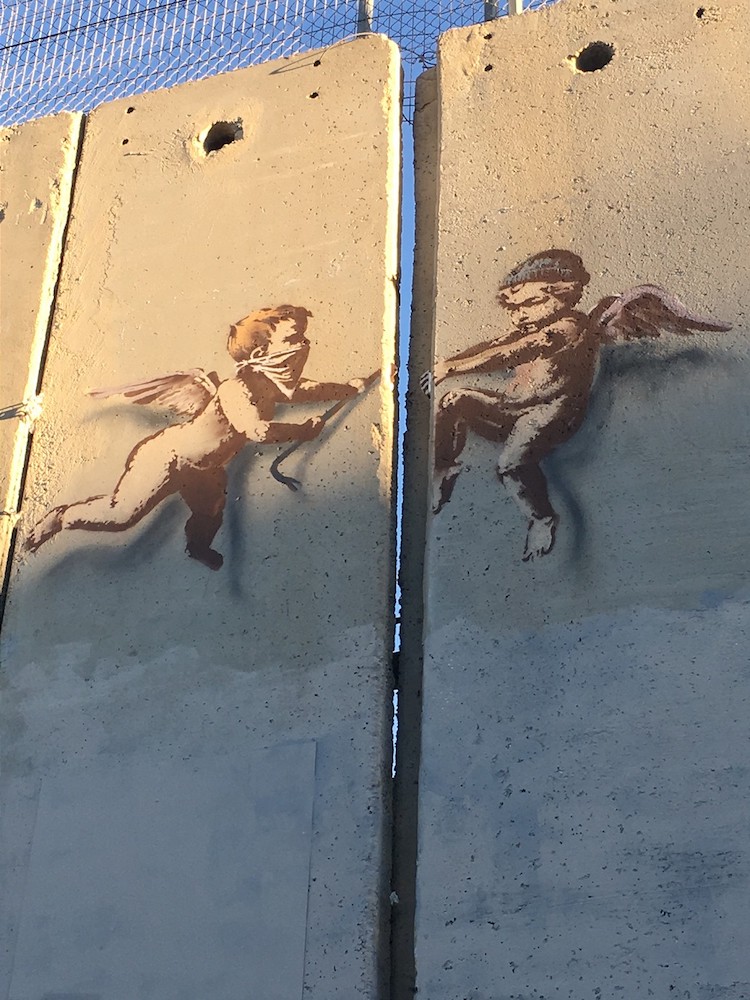 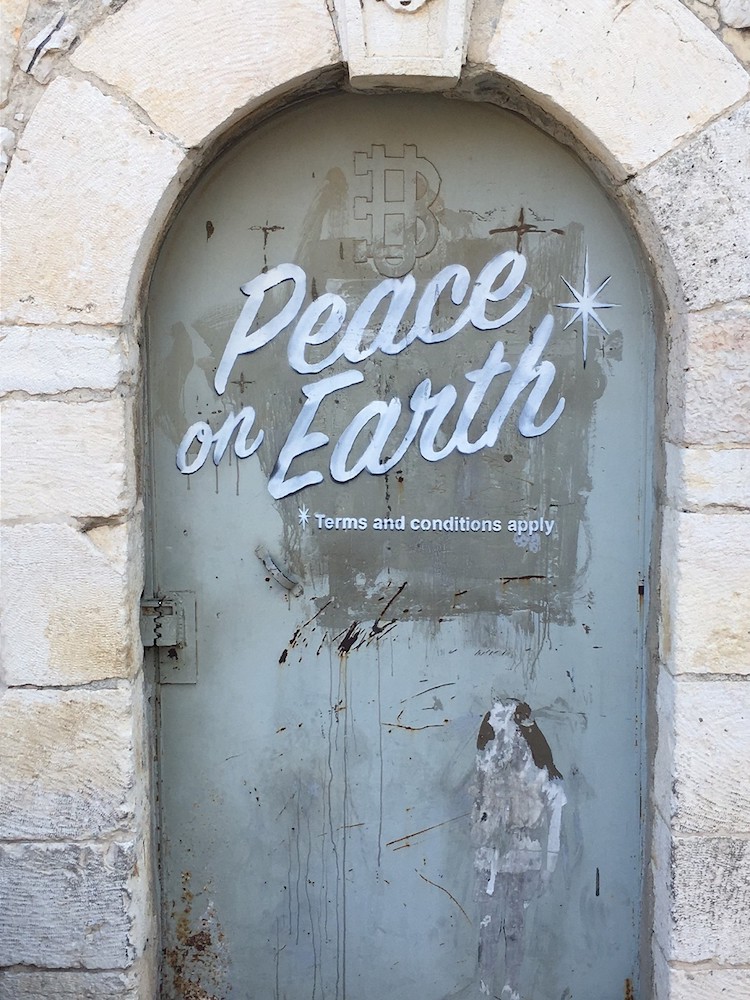 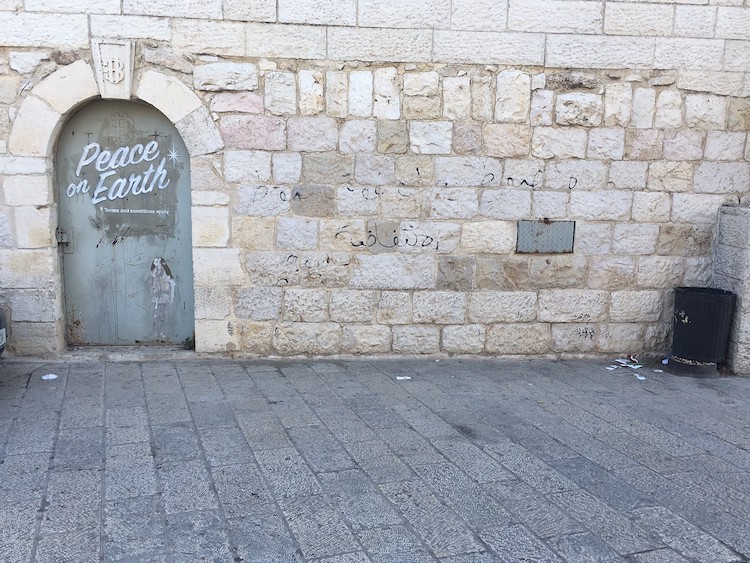 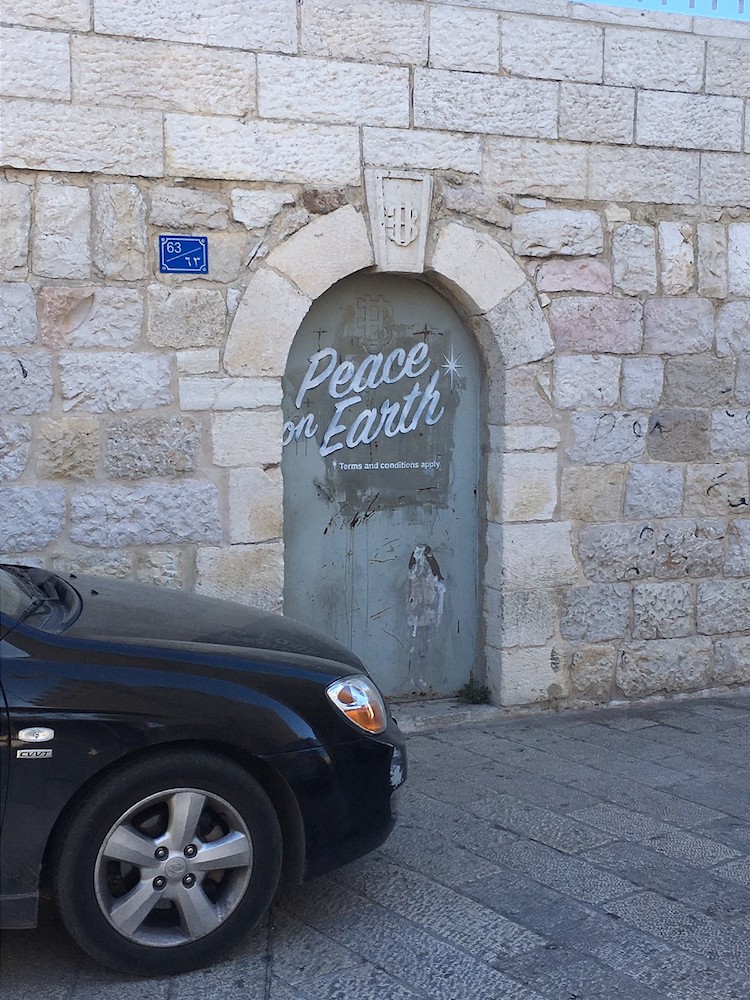 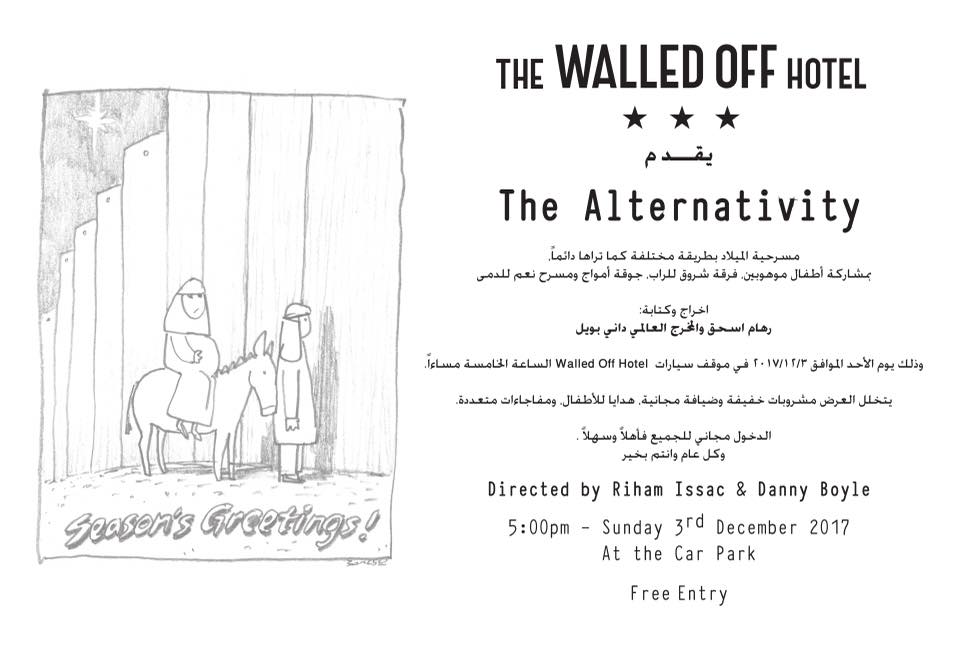 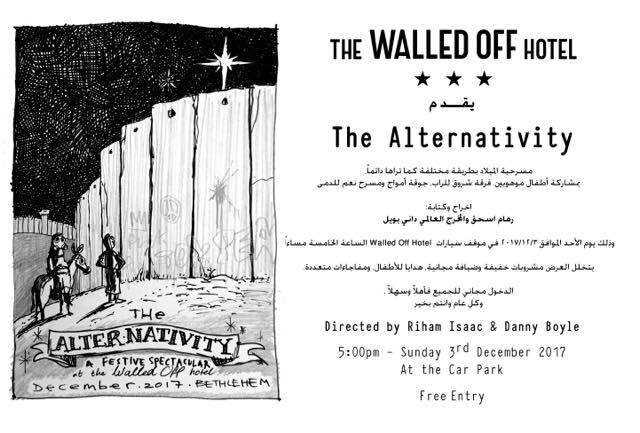 As announced earlier this week via social media, Banksy's Walled Off Hotel will be hosting a "festive spectacular" titled Alternativity on Sunday 3rd of December. The play itself has been directed by Riham Isaac and Danny Boyle, and is another successful stunt to get the media attention to one of the most troubled parts of the globe.

Using the festive feeling as a backdrop to pass on an important message, the elusive artist first created two different drawings for the flyer of the event. Putting the current socio-political situation in the context of the mass-celebrated time of Christ's birth, Banksy is once again addressing the issue of the notorious Israeli West Bank barrier or racial segregation wall. Further on, on the eve of the actual event, two new pieces appeared on the streets of the ancient town, one just around the corner from the hotel itself, and another one on the the Chapel of the Milk Grotto in old city.

The first piece is showing two angels breaking through the wall with a crowbar. Aside for spot on placement and great execution, the closeup images show the subtle sculptural details that were added to the wall in order to accent the piece. Also, the piece is placed on a rare section of the wall where 2 sections are not fitting perfectly, and the actual light is coming through the opening. It appears that the piece was done days ahead of the event and was just revealed on the eve of December 2nd.

The second piece was one of Banksy's clever text-based works and is simply quoting "Peace on Earth *terms and conditions apply." Mixing the Star of Bethlehem or Christmas Star with the familiar consumerist rhetoric, he is turning the common festive quote and imagery into a dark commentary of modern day reality. Placing the work on one of the 9 Holy Land sites to which Status Quo applies, Banksy is pointing out the fragile notion of peace that is under constant treat in this delicate region due to its rich and intense history. —Sasha Bogojev