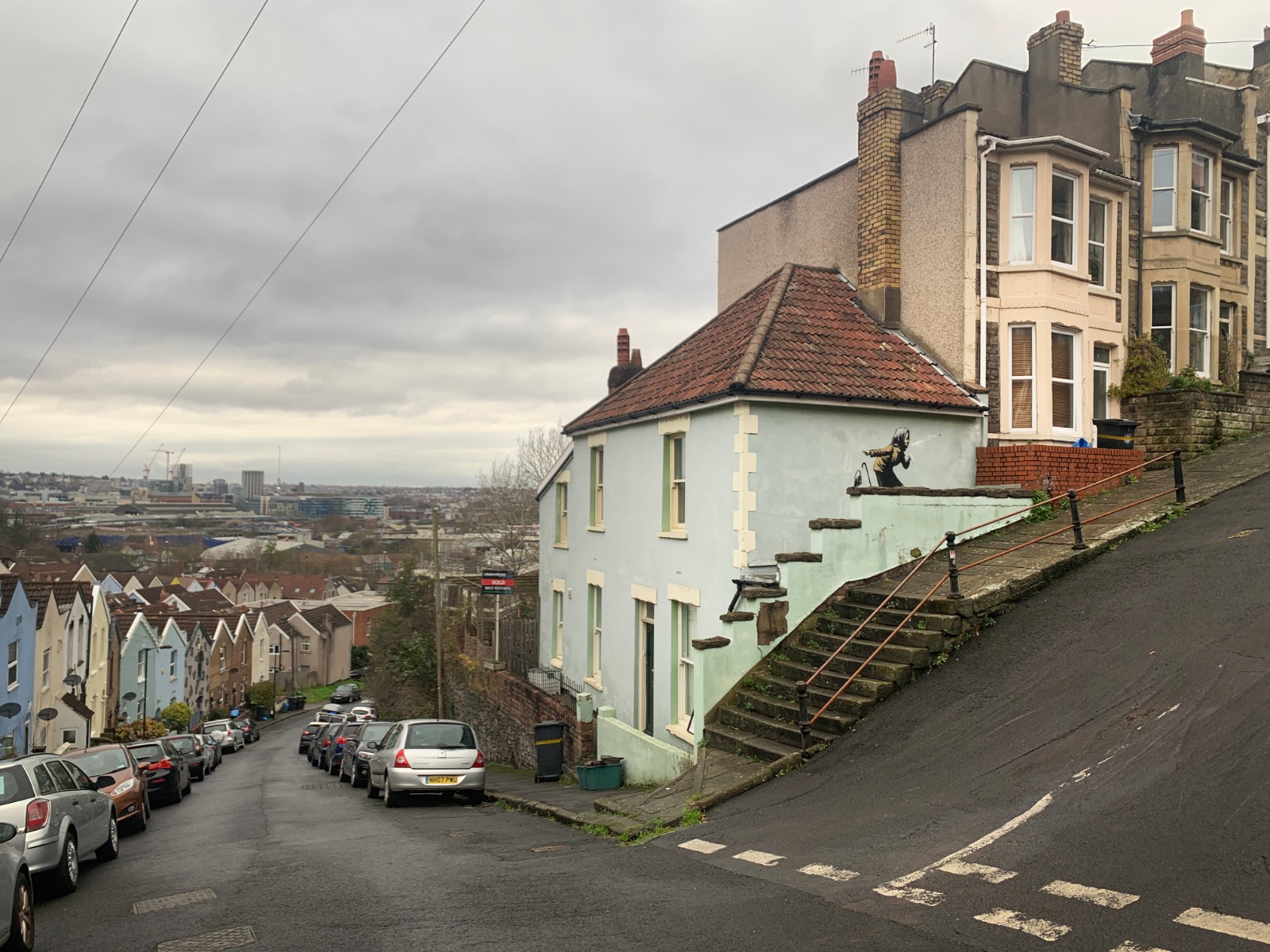 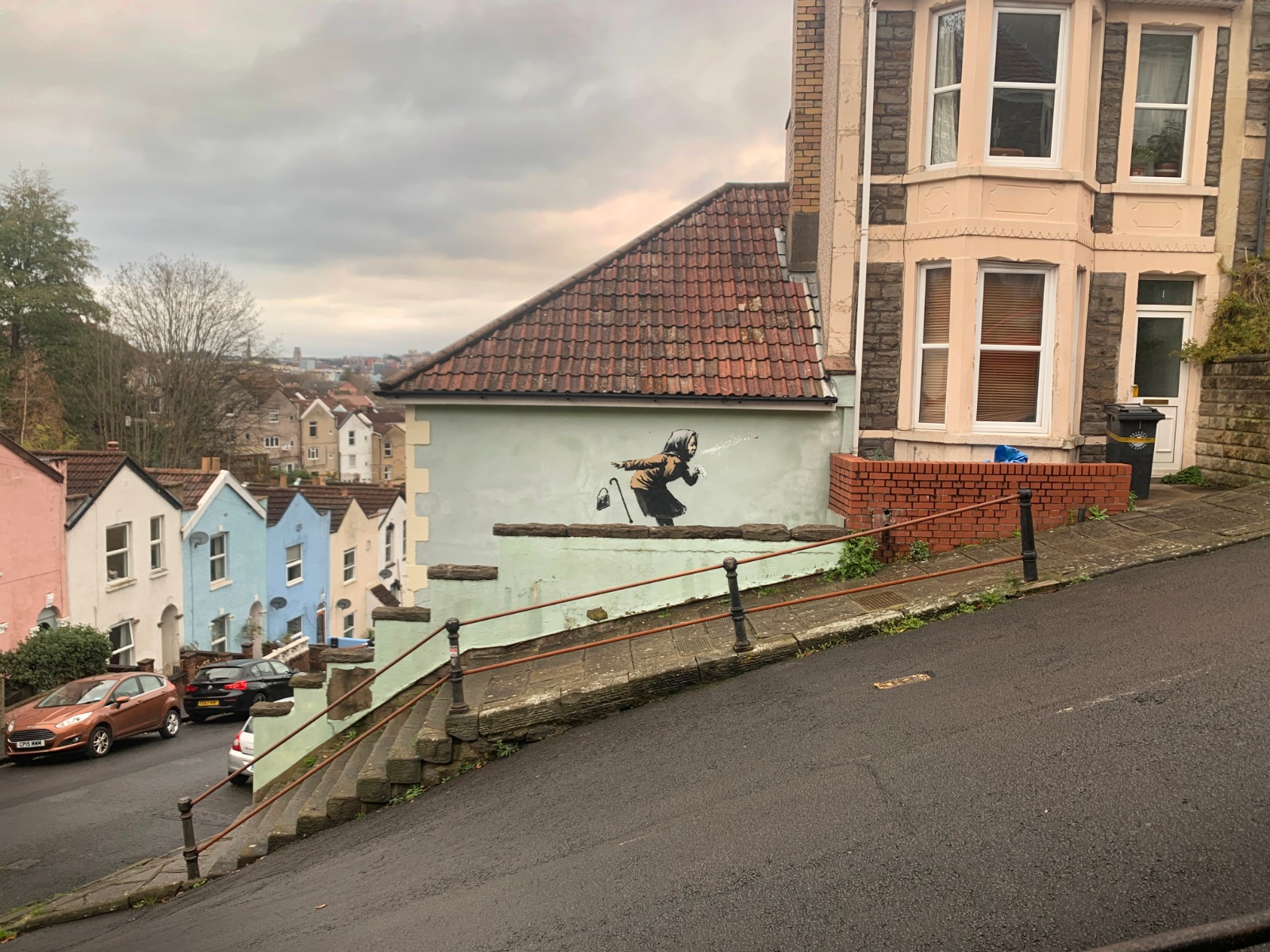 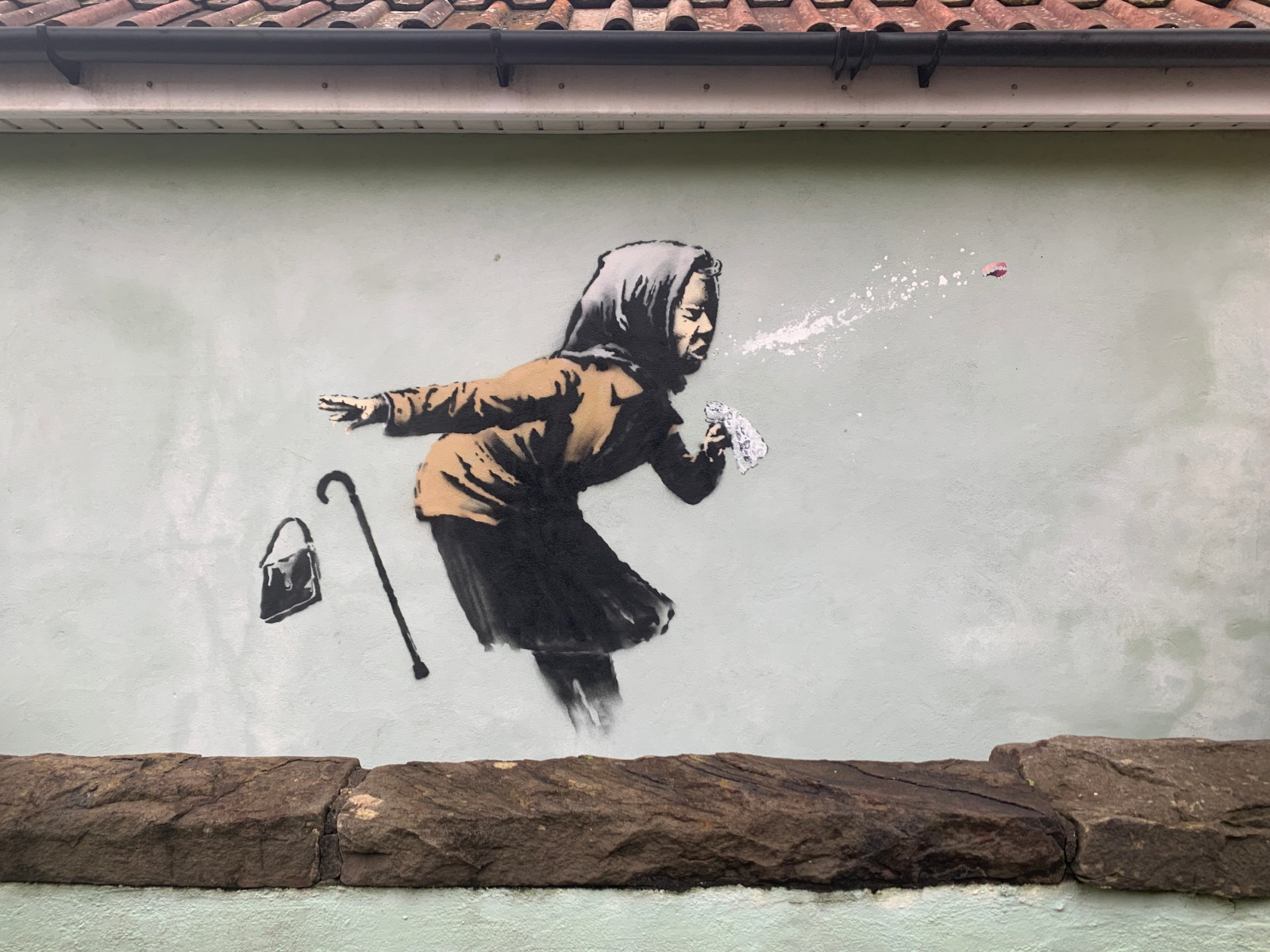 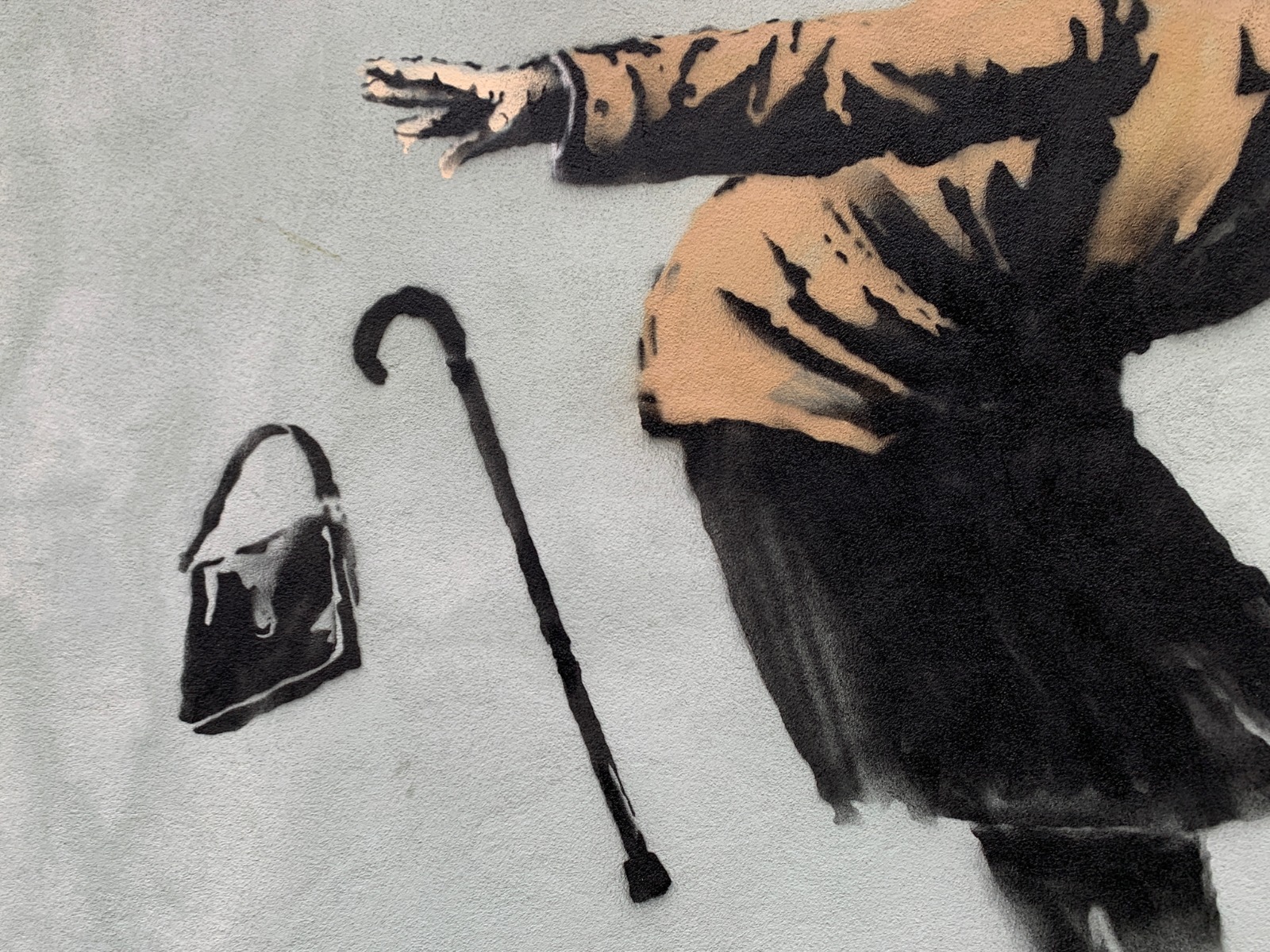 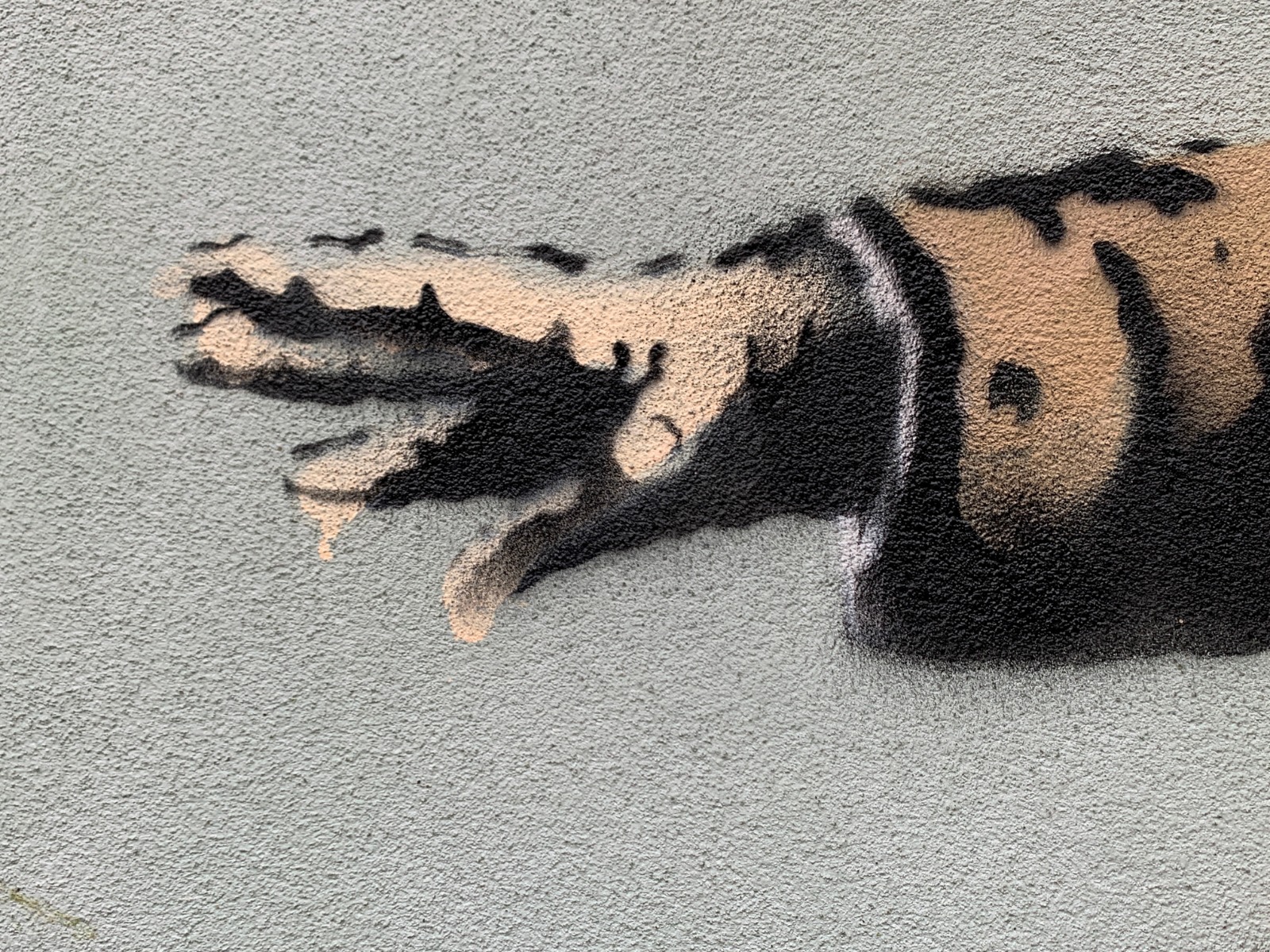 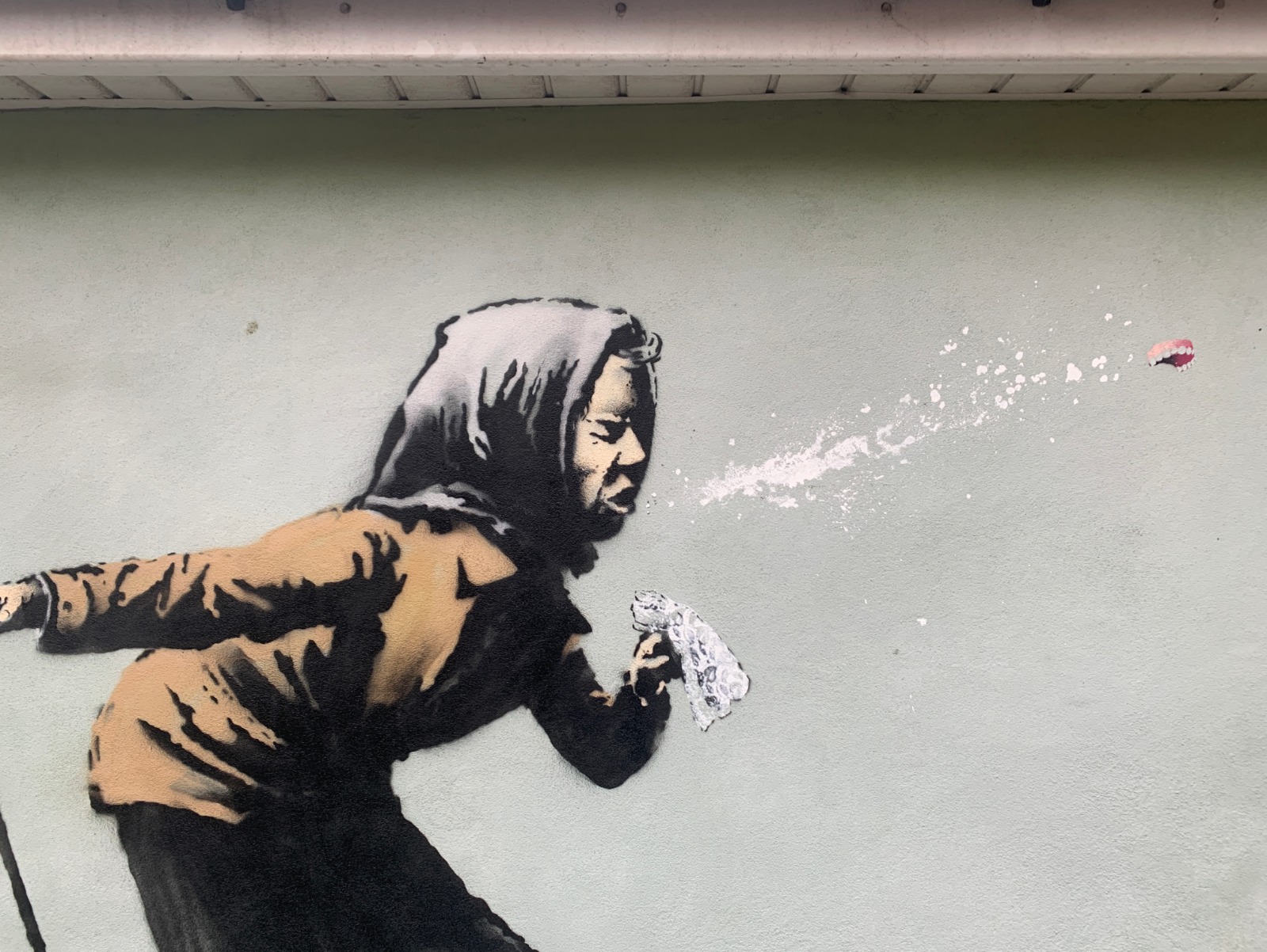 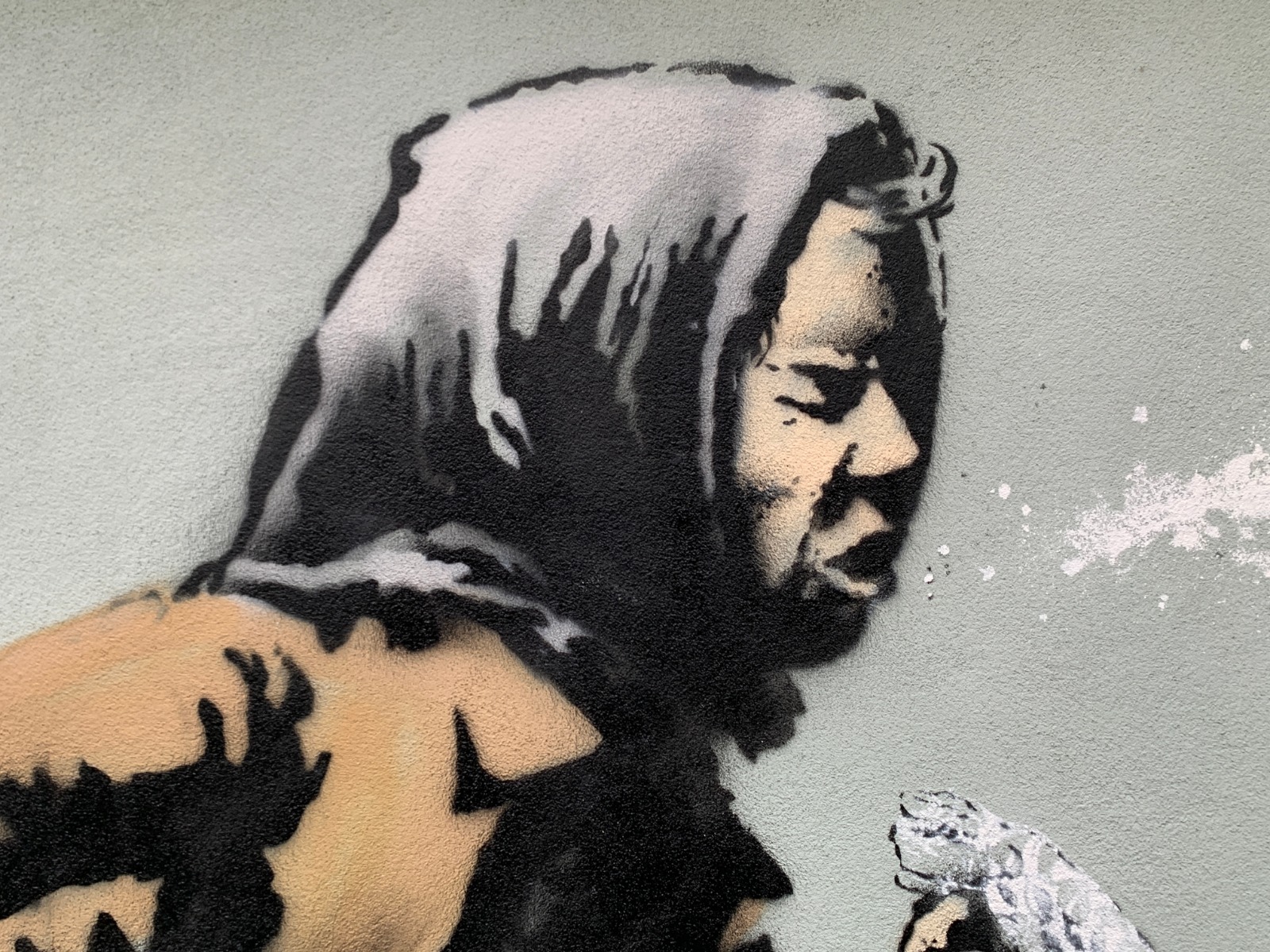 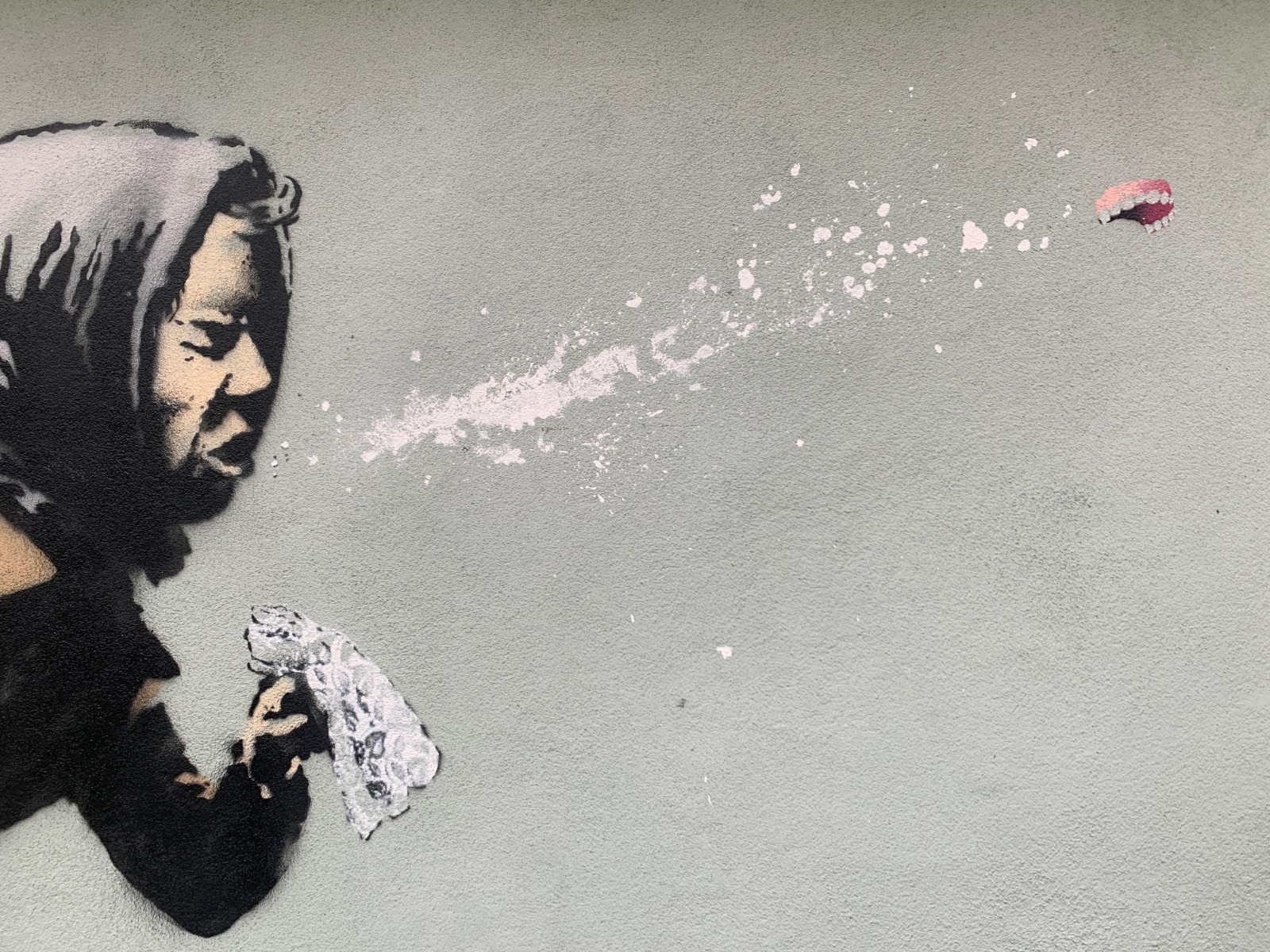 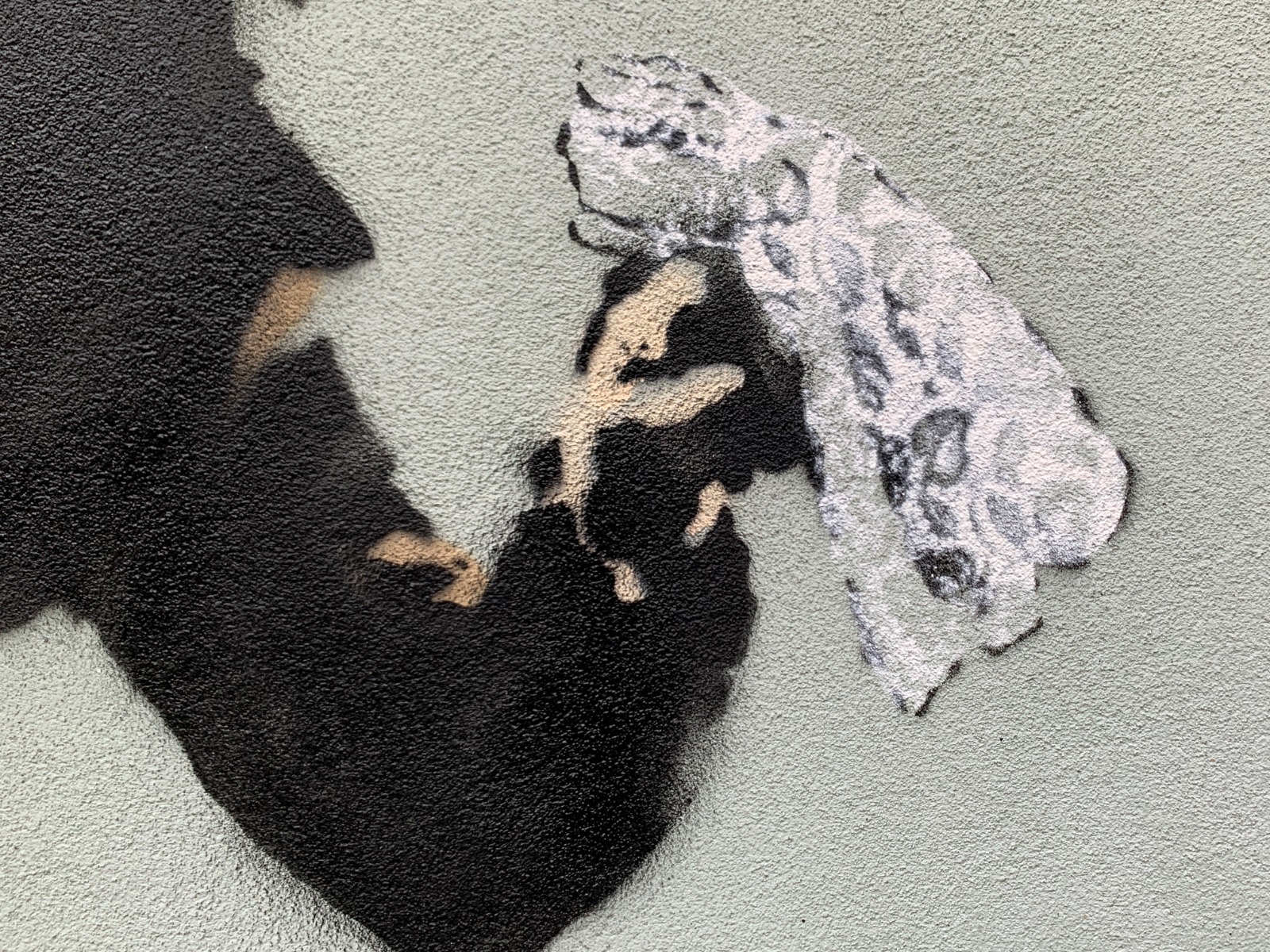 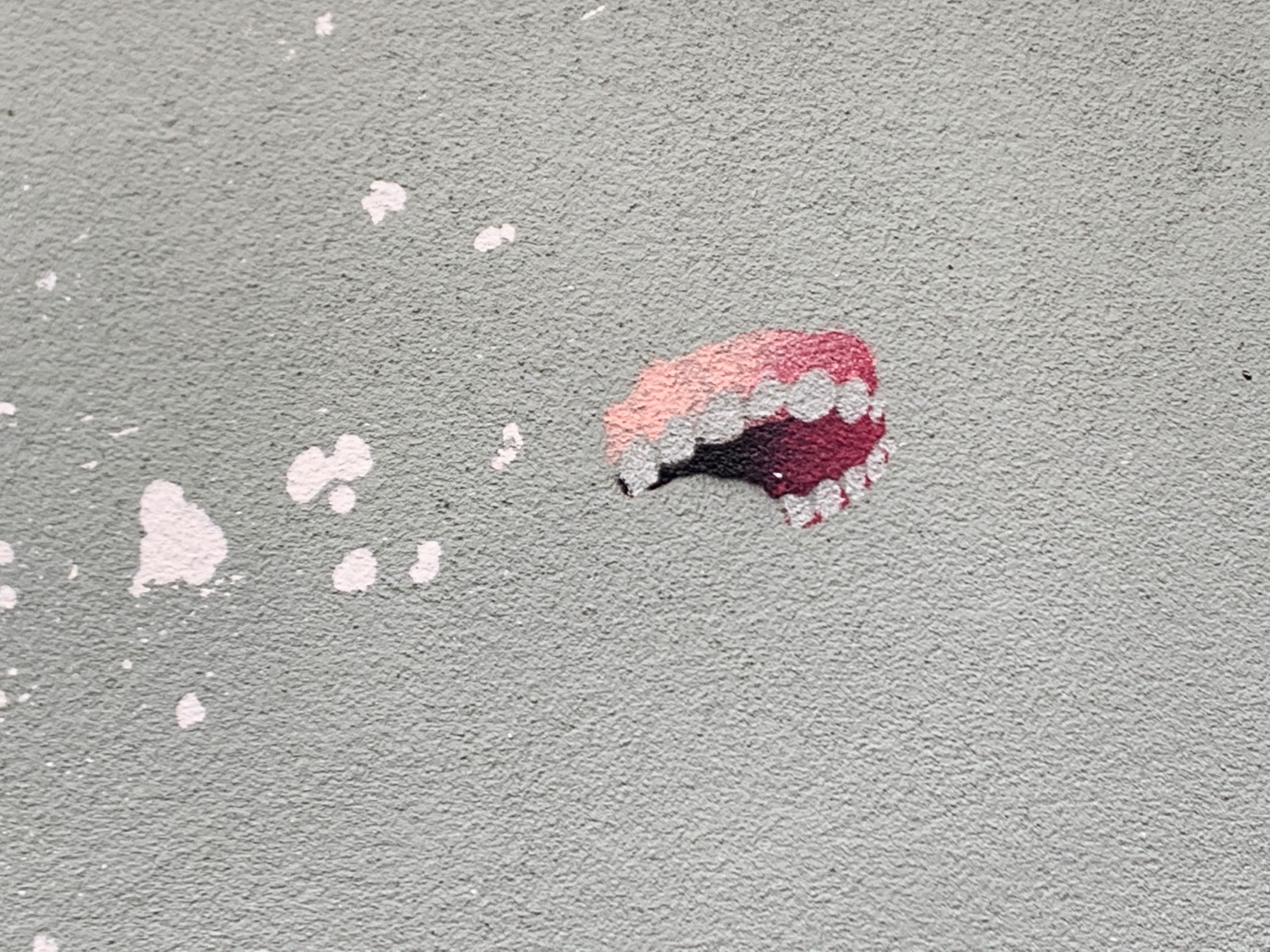 It's been a long and winding year, and the world's most famour artist has been busy by his standards with a few "pieces" around the UK as even he has had to shelter-in-place. But Banksy is back in what me his closing message of 2020, a new piece of an older woman, ill, sneezing, dentures flying, wandering up a steep incline, in what appears to be a nod to how horribly COVID has ravaged our eldery populations in places around the globe, and yet maybe there is hope at the top of the mountain. If only we can get there, that is. We had a theory in the office that the character almost looks like an elderly version of Banksy's iconic "Balloon Girl," almost a self-referencing wink how tough the year has been. Or, because it's Banksy and the angles of which you can see, she has such a powerful sneeze she is knocking over a row of houses. Let it be all of the above.

Photographer Feralthings captured images for us, saying, "I assume it's going for the imagery of the dated 'seaside' humor that's associated with places like Weston-super-Mare but with a contemporary COVID-related message of the elderly struggling to the top only to fall at the last moment in term of a vaccine being so close... Incidentally, it's the steepest residential street in the UK. Watching people ground their cars was nearly as entertaining as the Banksy."