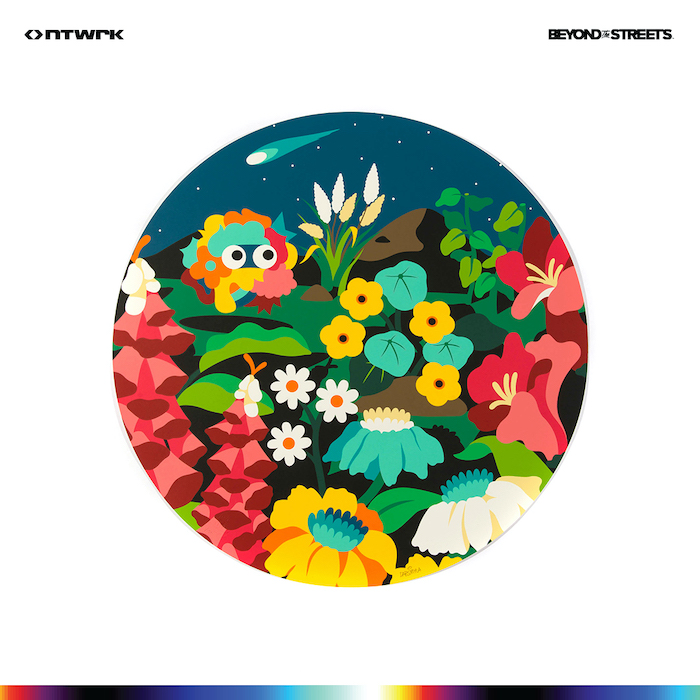 For almost two years we’ve presented the Radio Juxtapoz podcast with the aim of introducing you to the people and places who have been instrumental in shaping the past, present and future of graffiti and street art. Each episode featuring the likes of Shepard Fairey, Martha Cooper, Felipe Pantone, Hyuro, Craig Costello, REVOK, Cleon Peterson, Dan Witz, Ron English, ESPO and Swoon shares the guiding light of today's guest, curator and historian, Roger Gastman. For over 20 years, Gastman has been at the forefront, documenting, publishing and creating historical overviews of the history of two of our most popular art forms. That graffiti and street art resonate with audiences so deeply, decades into their existence, is testament to Gastman's work.

In 2018, Gastman conceived Beyond the Streets, as an exhibition that would illustrate a more linear narrative for the storied but often complicated  history of art in the streets. Not only did  the shows highlight graffiti and street artists we recognize and appreciate today, they also provided an opportunity to showcase how the vandal element of these forms have deeply  impacted contemporary art and culture. Inclusion of artists like Takashi Murakami, Guerrilla Girls and the Beastie Boys demonstrate how Beyond the Streets encompassed a broader view than past graffiti and street art shows. With exhibitions in both Los Angeles and Brooklyn in 2018 and 2019, Gastman envisioned  taking the show to new markets—until the pandemic shuttered our urban centers. Beyond the Streets 2020 is now a virtual art fair, streaming on the NTWRK APP December 5 & 6, 2020, a two day art fair with exclusive paintings, sculptures, editioned prints, skate decks, drawings, exclusive drops, and "thought-provoking discussions and panels though a series of videos curated by culture historian Roger Gastman."

On this episode of Radio Juxtapoz, we get a personal take on Gastman's devotion to graffiti culture, how he grew to understand the merging world of street art with pivotal moments over the past 50 years which have cultivated a major pop-culture interest in Beyond the Streets. From his early days in Washington, DC, his work in publishing and now looking to expand BTS to international markets, this is just the beginning of Gastman's mission to foster the global reach of graffiti and street art.

The Radio Juxtapoz podcast is hosted by FIFTH WALL TV's Doug Gillen and Juxtapoz editor, Evan Pricco. Episode 059 was recorded via Skype from Los Angeles, San Francisco, London, November 27, 2020. Beyond the Streets will be streaming on the NTWRK APP on December 5th & 6th, 2020.