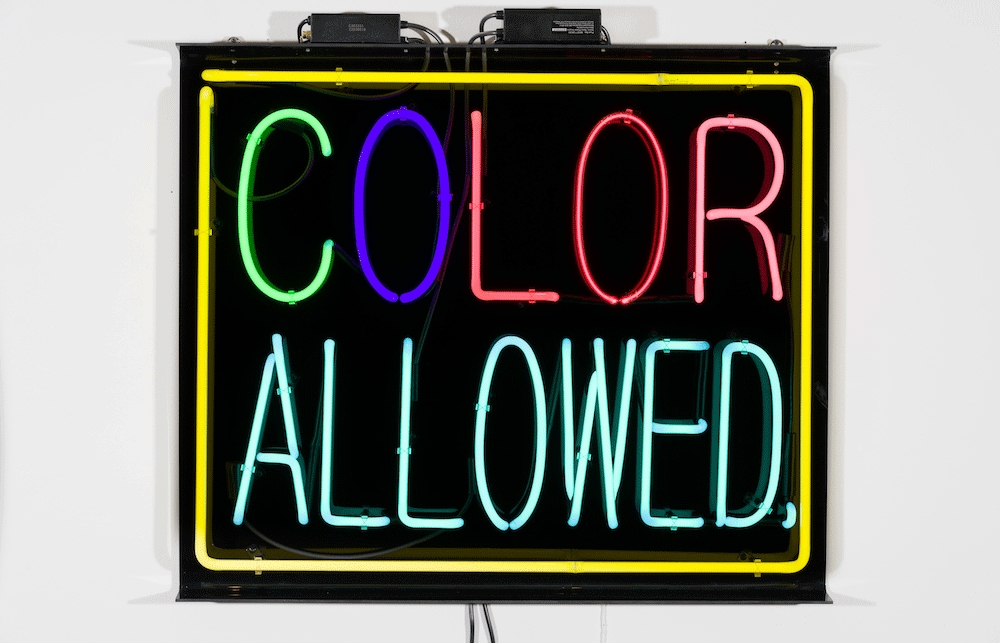 You know why? Because you have a kid now.
I didn't think about that, but yeah. Just seeing how she wants to see everything up close, how she focuses on it. But you're right, it's like I'm re-accessing all those times when art felt honest. I'm always thinking, "Why did I start doing that type of work?”
I wonder, too, since you've been getting more attention and have had some really great institutional support, if thinking about honesty and “Why do I do this?” has become more urgent for you?
It's definitely a marathon, not a race, right? In that it's self care, in a way. Where it's like, I'm not trying to reevaluate my life. I just want to have those energies near me, the energy of when I first started. I think the balance needs to be there, so I tried to access that. I'm not one of those people that have been chewed up and spit out. It could easily be that way. Because if it's burnout and you're just burnt out, then your work is burnt out. I didn't want and still don’t want that.
Before we go, let’s get back to neon. You referenced Tracey Emin to me earlier, but tell me more about what neon has allowed you to achieve with your artwork?
I wanted it to look like I took it from Whittier Boulevard, one of the stores, that you could hang it in a gallery but then also take that piece from the gallery and put it back in a liquor store. It was straightforward; it wasn't trying to be sexy. The medium is that already. It was just one of those things that I wanted to push back. I wanted the work to push back.
I've been asking this to every single artist pretty much for the last 18 months because I just think it's a valid question: what does urgency mean to you now?
It's weird because when I'm making work, I feel there's an urgency to put it out. With the Pee-Chee folder work, I felt like it was super urgent. I did a lot of work with that. It was a limited palette, so I would just kind of crank them out, and it was almost like honing in on those kinds of chops. But urgency to me right now is to keep producing work that speaks to something I'm feeling, something the United States of America is feeling? Then really making sure that it gets presented in the right light.
PatrickMartinez.com