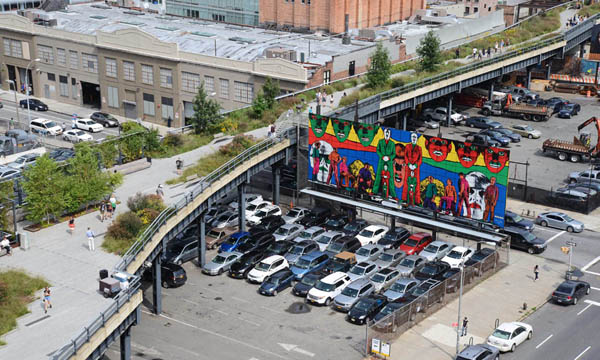 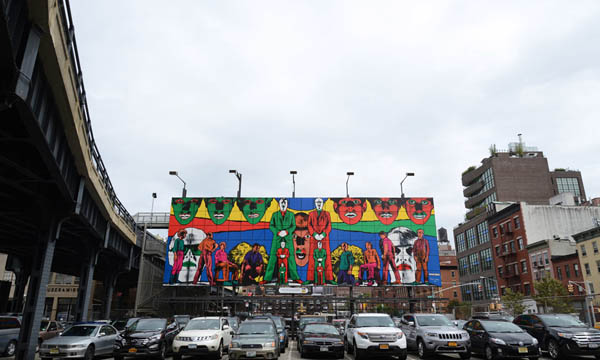 Gilbert & George are now the eleventh artists to have their work displayed on the 25-by-75 foot High Line Billboard in the Chelsea District of New York City. The London-based duo originally created this piece entitled “Waking” in 1984. “An image populated by the young that represent the primal life forces at their most formative and explosive stages” as describes from the High Lines website and further states “The artists – their faces transformed into masks by overlaid color – evoke a kind of inner awakening, perhaps the passage from boyhood to manhood, which the hierarchy of the three figures seems to suggest. The billboard will be on display from September 3 to October1, 2013 and can be found at 8th Street and 10th Avenue.

The billboard has hosted an all-star list of artists including Joel Sternfeld, John Baldessari, Raymond Pettibon, David Shrigley, Elad Lassry, Paola Pivi, Maurizio Cattelan and Pierpaolo Ferrari of Toilet Paper among others since its inception in December 2011.