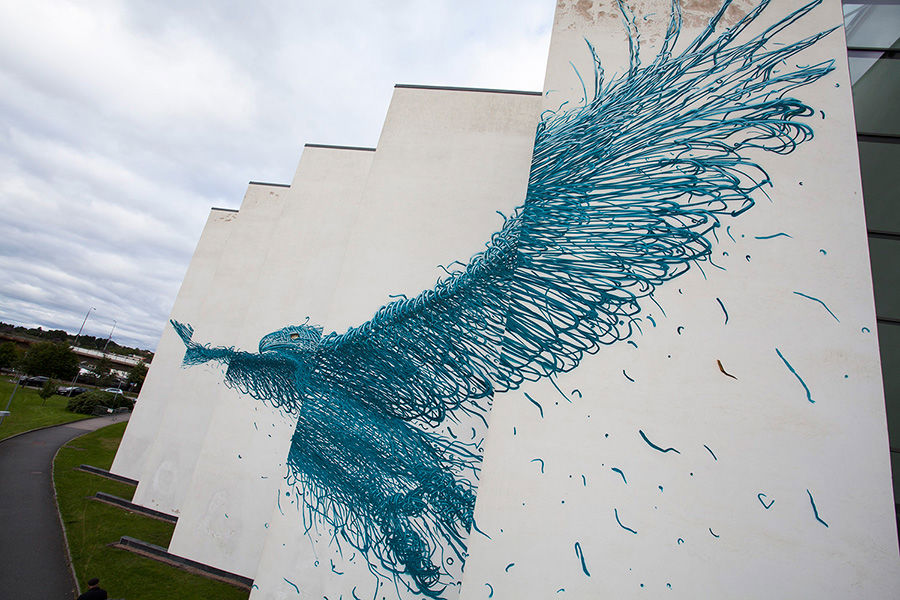 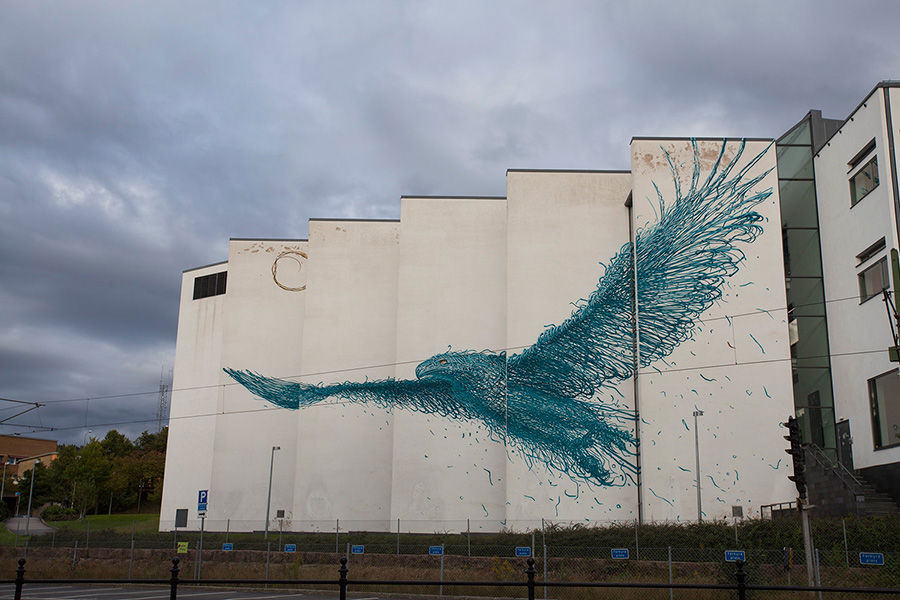 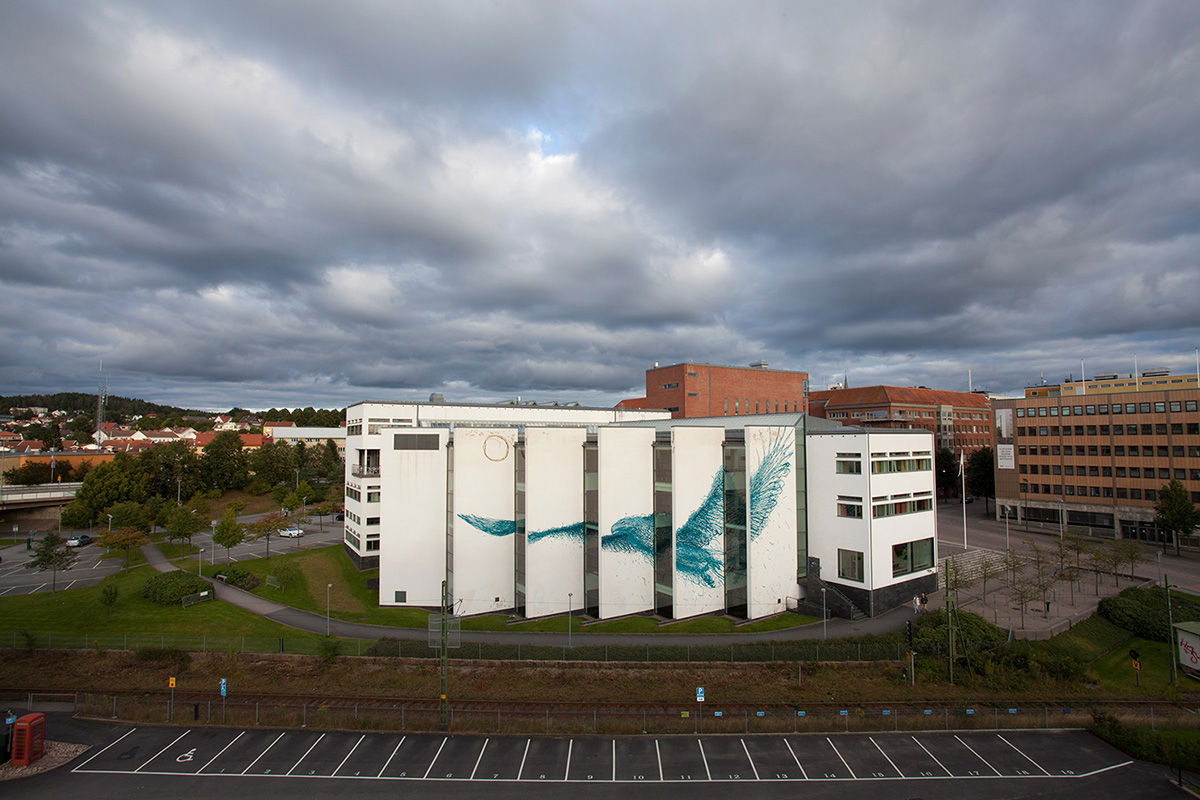 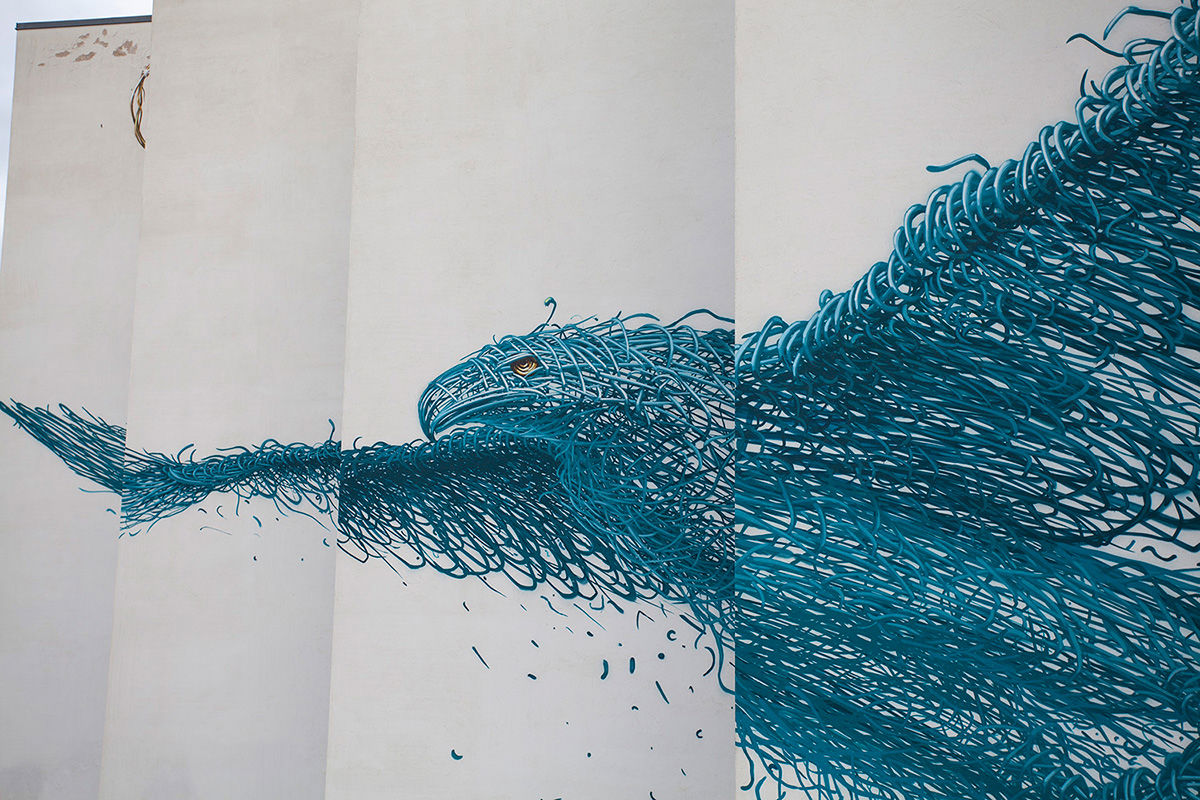 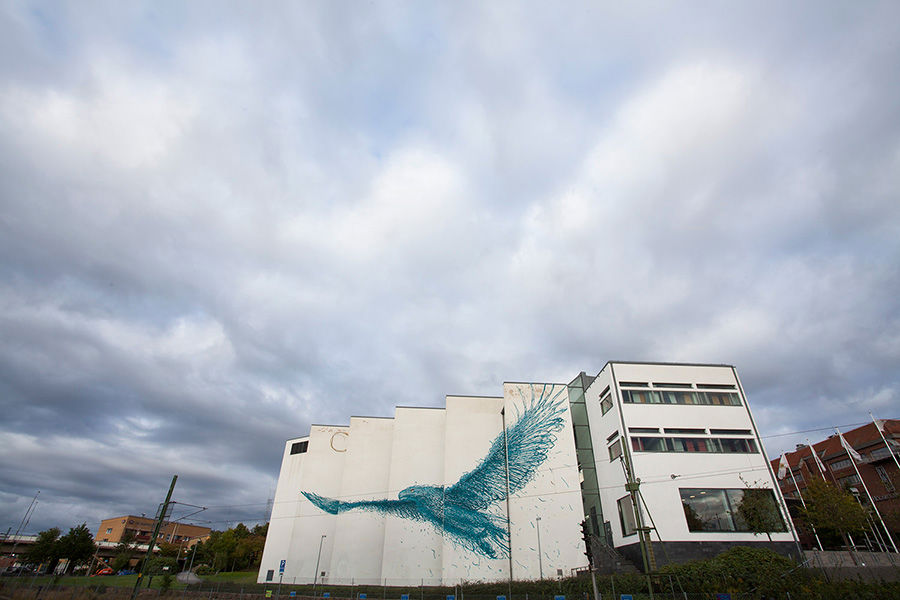 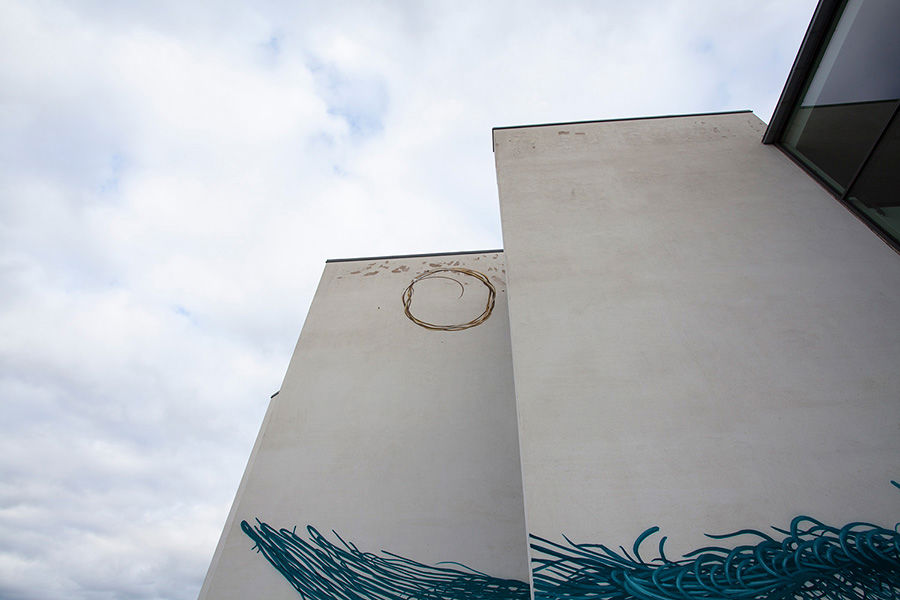 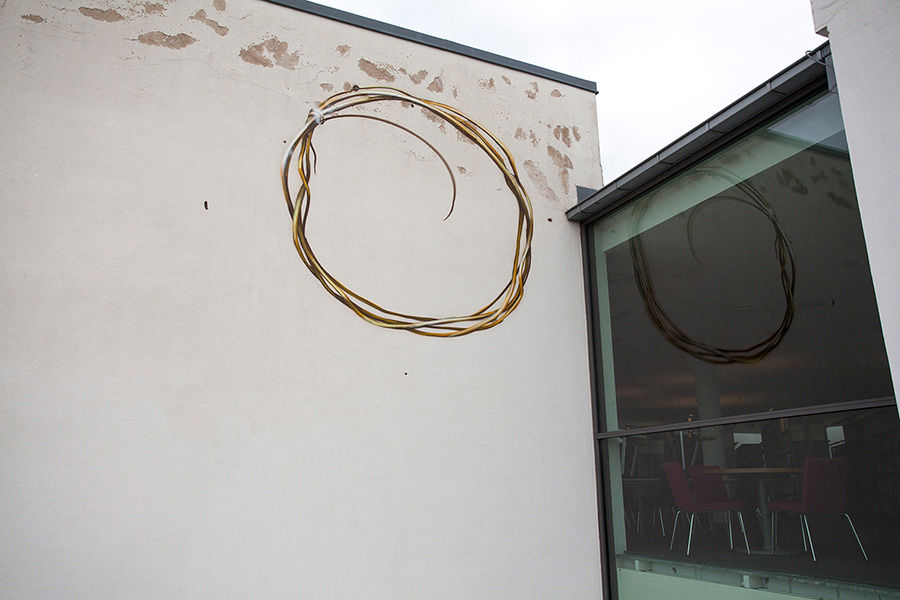 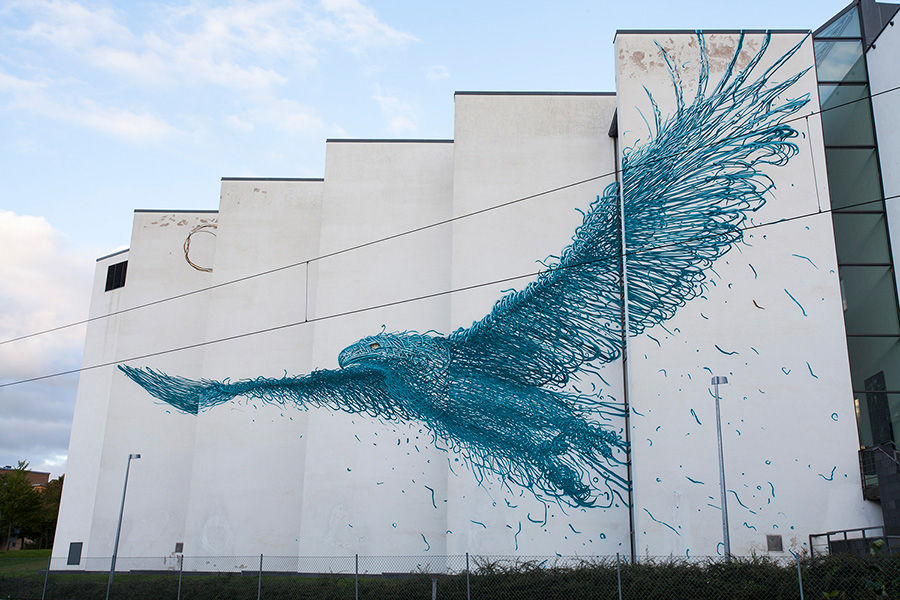 Swedish town of Borås recently hosted another edition of their No Limit Borås street art festival. Along with other 10 international artist, Chinese-born DALeast was one of the participants, leaving his recognizable mark in the town's university library.

The artist spent a whole week working on 5 different sections of the 3 storey building, creating a dynamic image of a soaring eagle. The interesting architecture that dissects the image into pieces and puts it together from a certain viewing point is certainly adding to the effect of this striking mural. Created completely from 3D stripes that are ripping up and falling apart as he is roaming the skies, it is a classic example of DALeast's recognizable style. Painted with blue tones, the character itself symbolizes the vast blue sky in which the eagle dwells. The contrast between his majestic appearance and strong willpower to roam the skies is the encouraging message that the artist wanted to send out with this piece. —Sasha Bogojev