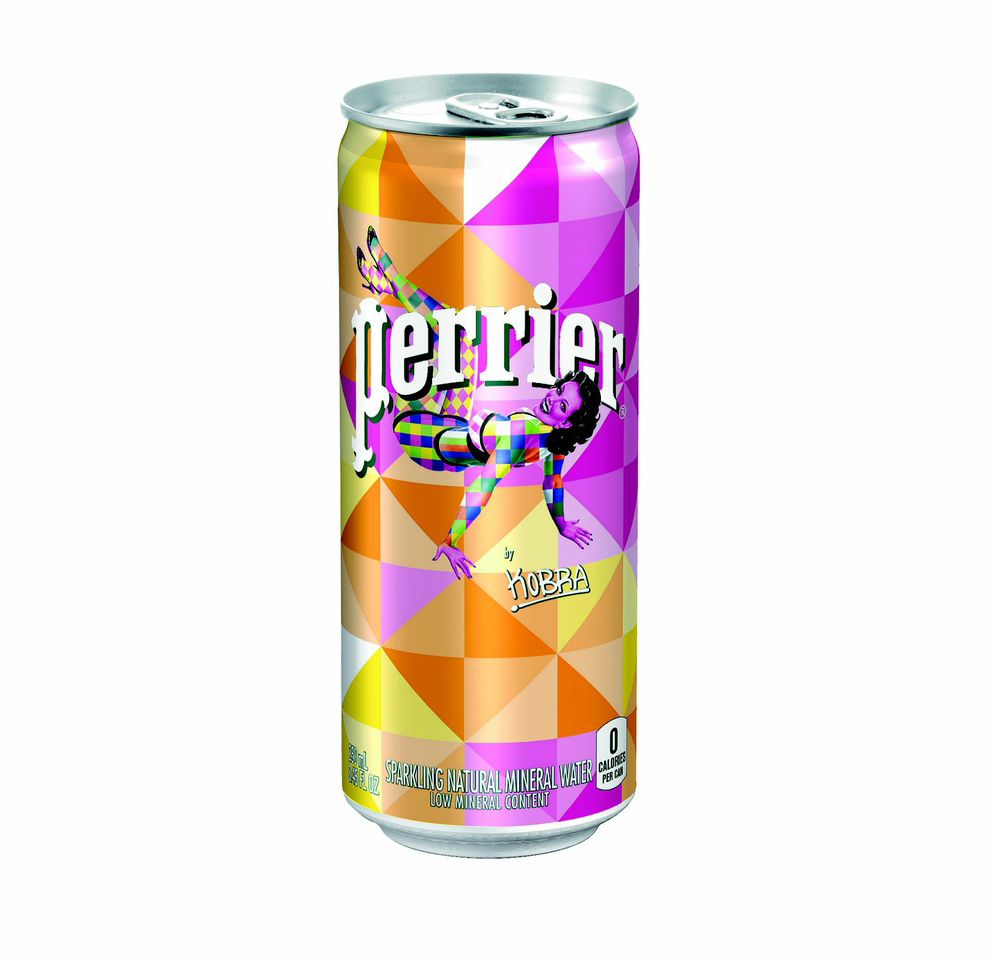 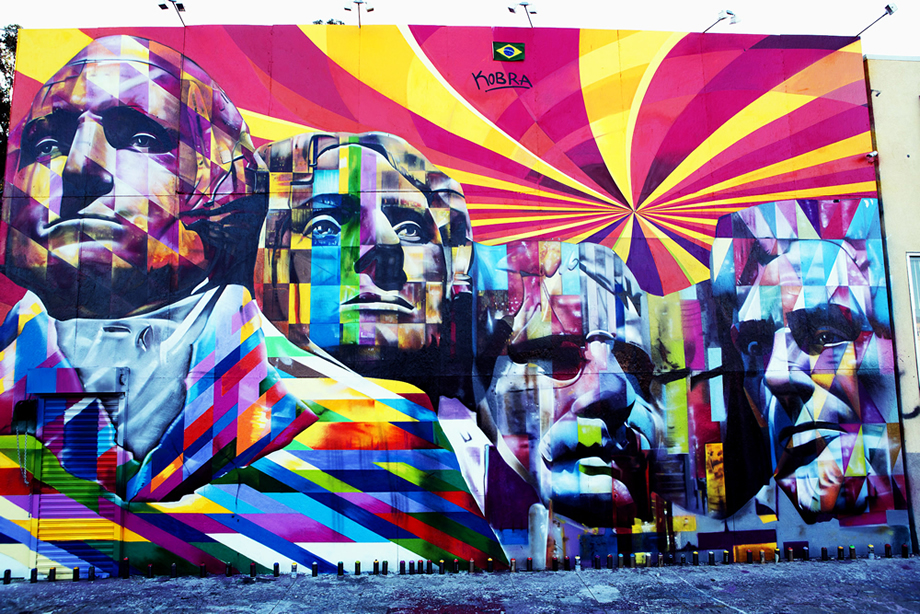 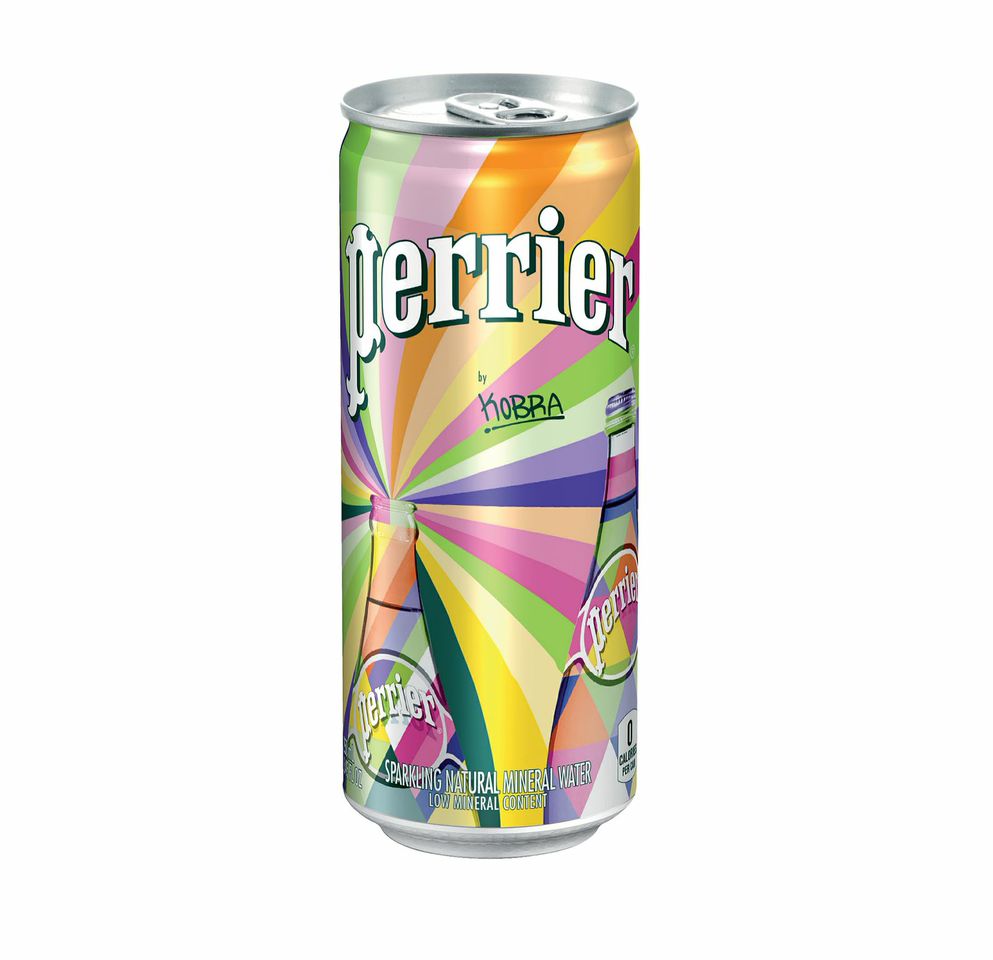 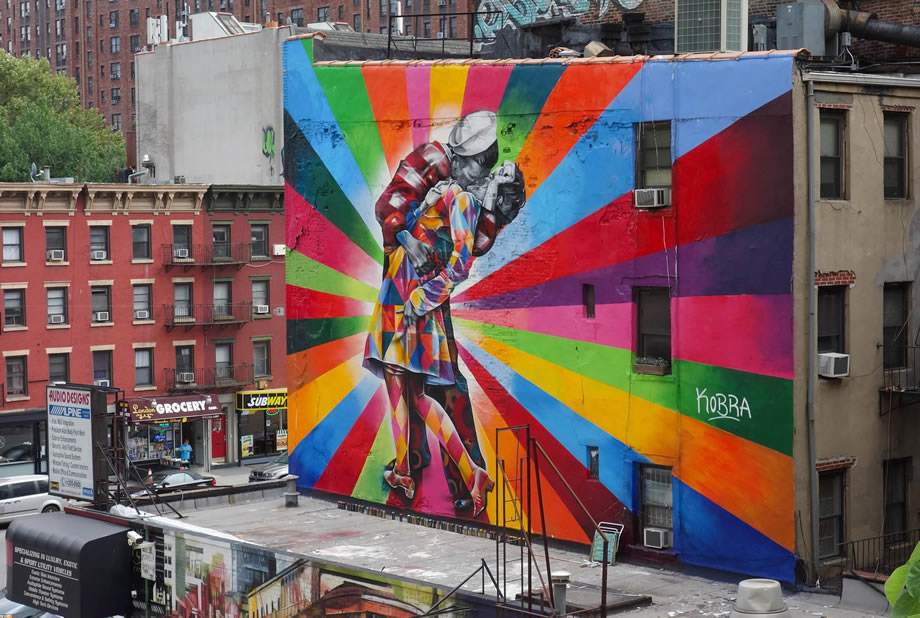 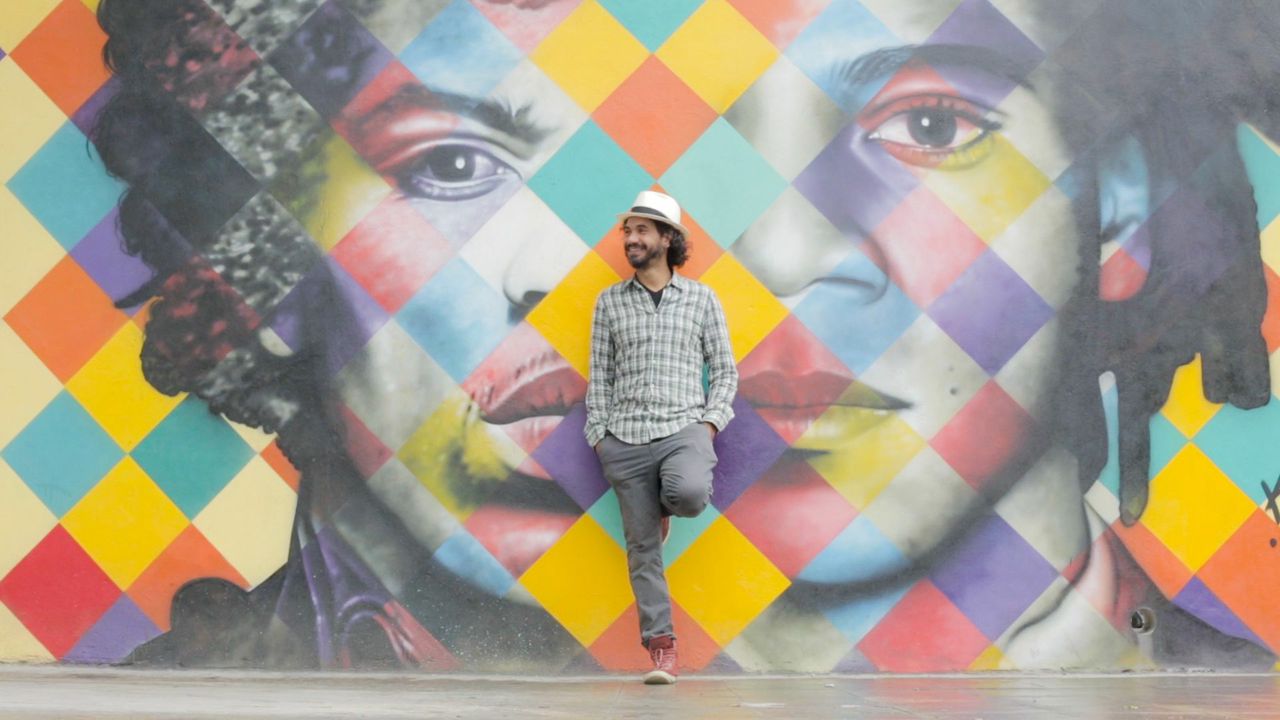 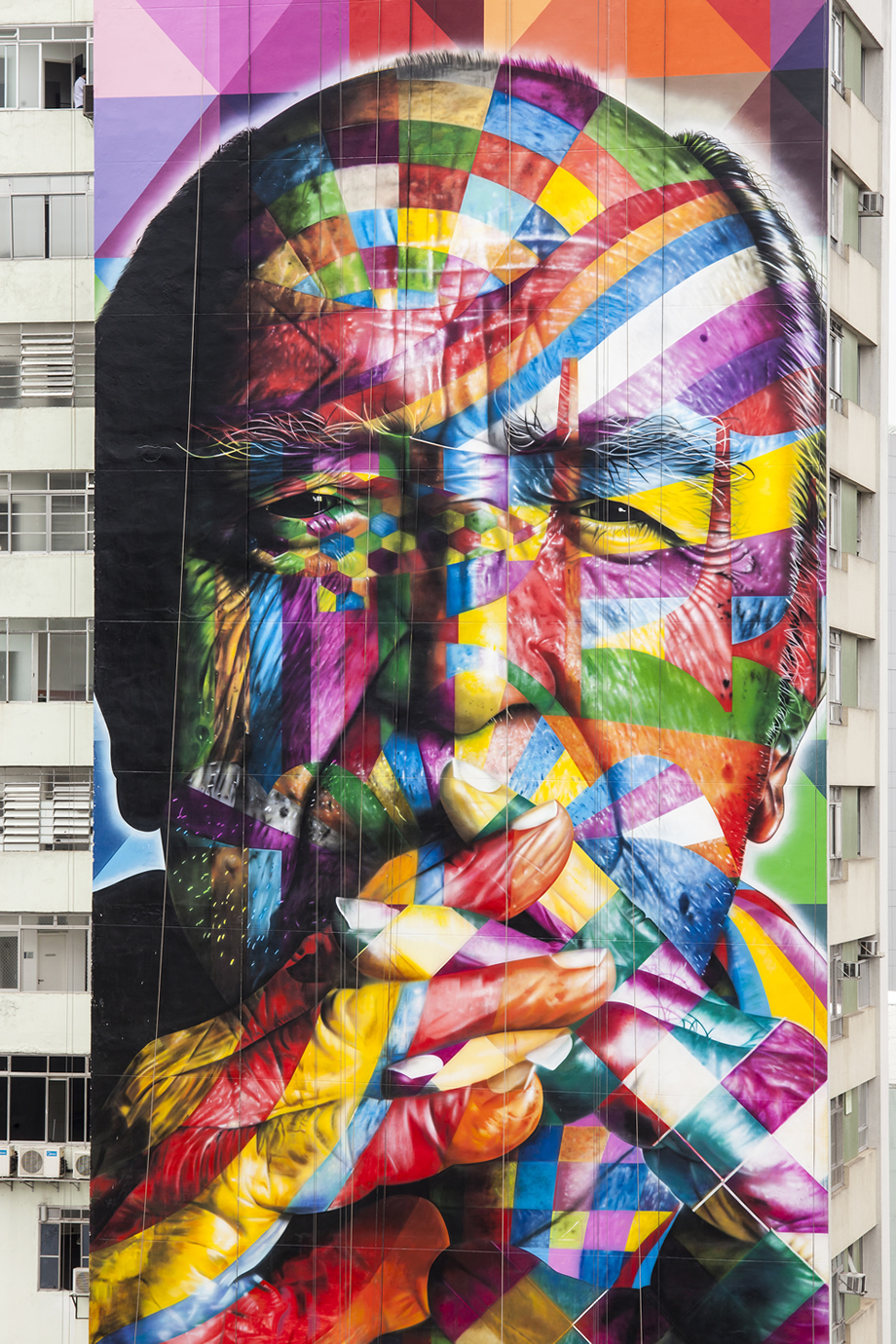 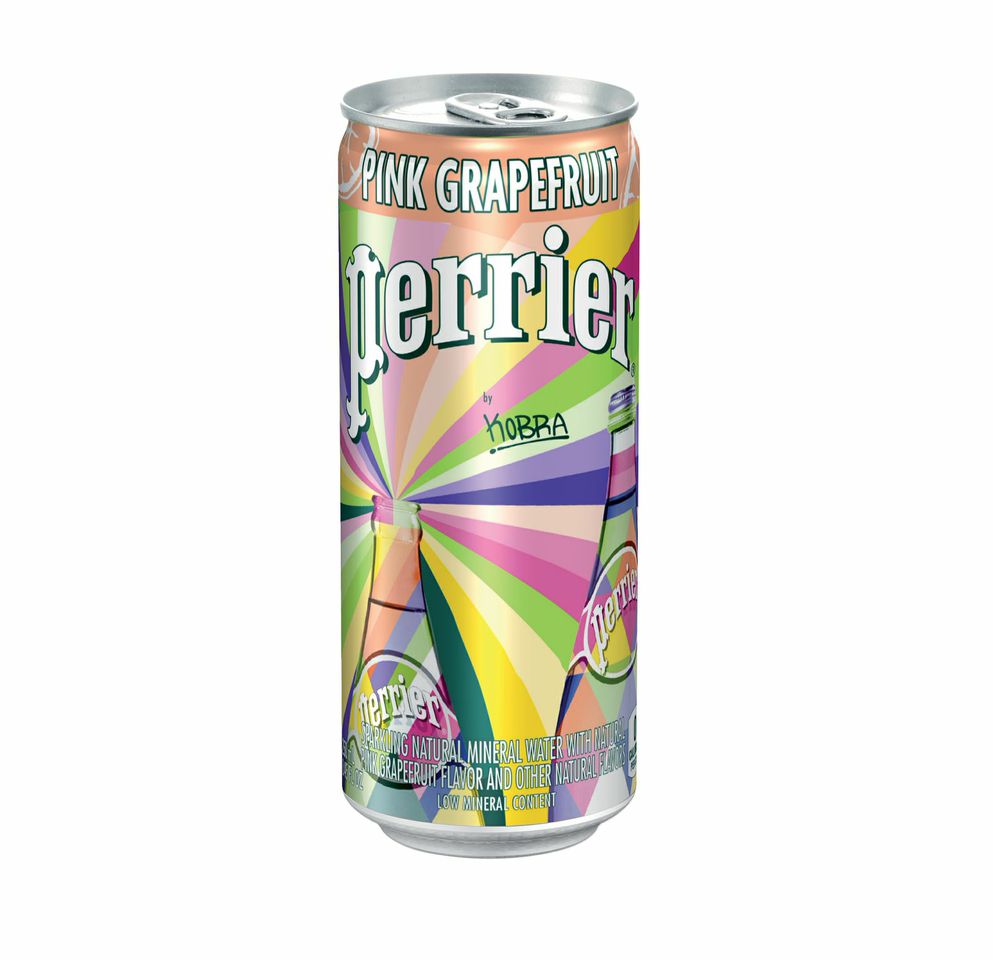 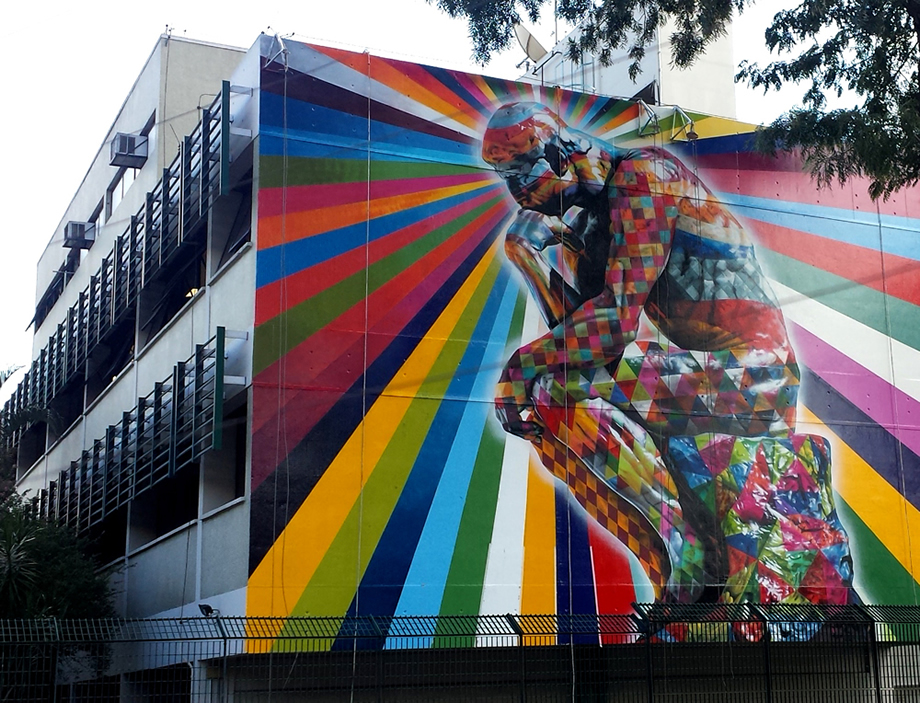 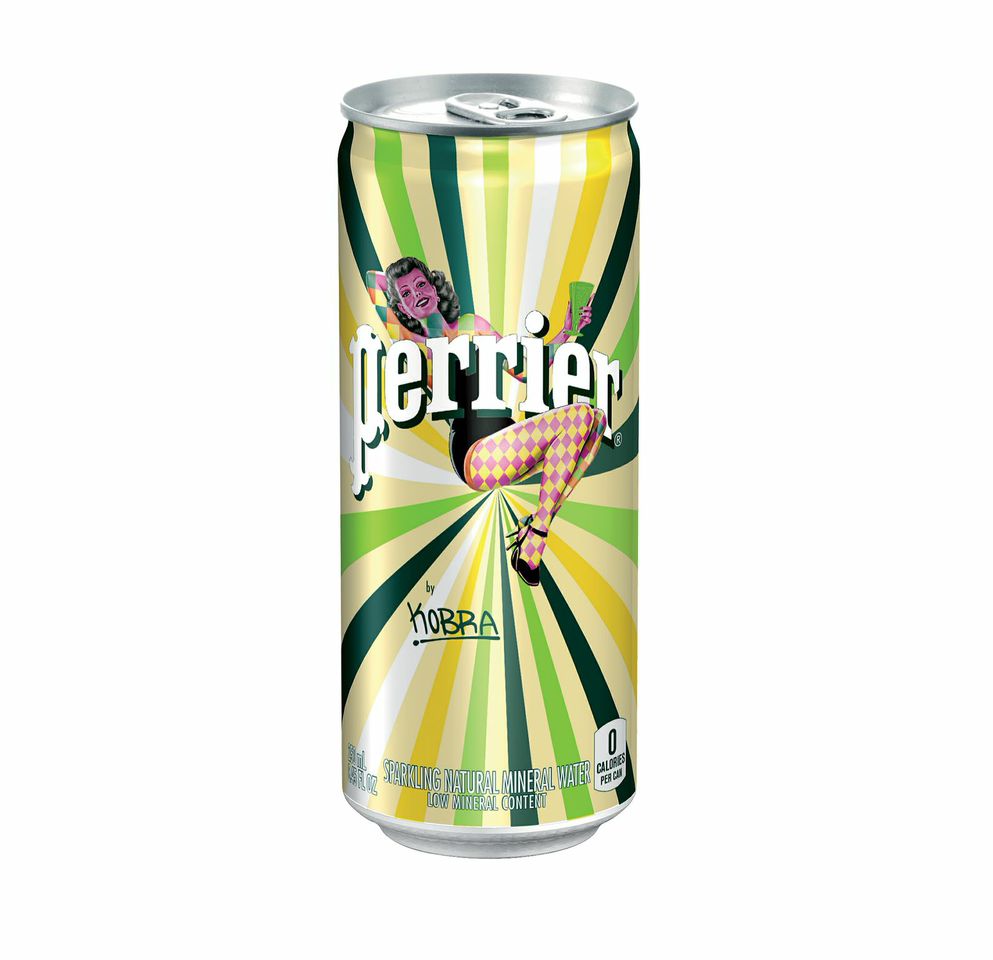 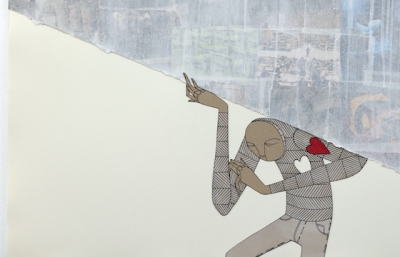 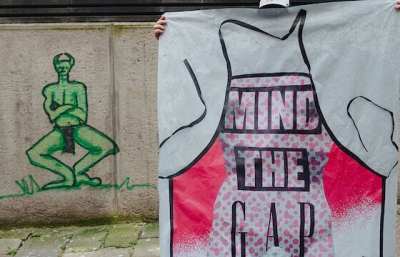 Eduardo Kobra has long been on the Juxtapoz radar, not only because he creates some of the more massive and intricate murals being done in the world today, but because he does them with super techni-color explosions. His multi-storied mural on skyscraper in Sao Paulo back in 2013 created a huge buzz in the street art community, and Kobra has continued to make great works since. This week, as part of the Perrier Street Art campaign and launch of new bottle and can designs by Kobra, Jon One, and Sasu, we sat down with Kobra to discuss his process, history, and how to paint big.


What was your first large scale (multi-story) installation? How did you plan that first wall out?
Everything happened naturally, from the time I did my first graffiti in 1987. About 10 years have passed until I executed my first large scale wall. This wall panel was done in Sao Paulo near the city’s most famous public park, the Iburapuera Park. This panel was a sequence of several smaller murals on the same theme where the idea was to create portals to a city of the past. There were vintage scenes, B&W images and I was creating contrast between the different historic times. This panel measured about 10,000 square feet and still stands at the 23 de Maio Avenue in Sao Paulo.


What is your process today, as a seasoned veteran of really brilliantly detailed murals? Do you start with sketches, a painting?
I collect old books, from different parts of the world, especially those with scenes of ancient cities. I'm a hyperactive person and I am always inside bookstores and museums researching the history of the places I visit, so my murals always have a historic base to them. I usually I try to paint themes connected the city/country where I am. I can give the example of the mural done in NYC, by the highline. Although few people realize it, the bottom panel shows Times Square in 1945, same year that famous kiss scene that is painted just above, happened.

Where do you turn for your inspiration?
Some human actions make me lose my patience, such as the mistreatment of animals by men and I always protest on this topic. Other subjects, such as history and memory and iconic historical figures that were important to the world in general and who were leaders for peace, are always present in my thoughts and in my paintings. I like the contrast between different historic times: the cars, the clothes, the behaviors. Also in countries like Brazil, which do not preserve their heritage and architecture, my idea is to use these murals to draw attention to the preservation of these buildings.


How would you describe “street art" in Brazil vs. the U.S.? Any notable differences in the way artists approach their work and the way it is perceived by the public?
n the case of my murals, something different happened because an audience that previously did not pay attention to street art in general, became interested in the works because they were connected to history. But in general, I started like many artists did in Sao Paulo by doing graffiti. I am a self-taught artist that came from the outskirts of the city and with little access to education. I always painted intuitively, and this also happened with most street artists in Sao Paulo. So the visual identity of the paintings, specially the themes, often relate to the social conditions in the country.


Can you elaborate a bit on your approach for this Perrier collaboration? Why pin-up models?
I was very pleased with the invitation. Artists such as Salvador Dali and Andy Warhol also created collaborations with the brand and Perrier completely respects my artistic career. This was the reason why I accepted the invitation to participate in the project.

About the design, one distinctiveness of my work is the revisiting of the past and the recreating and reinterpreting of vintage/retro images. In the case of the pin-ups, I had already used them as a subject in at least two of my previous works on canvas, so the creative process happened freely and spontaneously.


---- This week, Juxtapoz teams up with Perrier to share the natural sparkling water brand’s new limited-edition street art inspired bottles and cans featuring the work of three of the most dynamic and influential artists from the international street art community: Kobra, JonOne, and Sasu. Learn more about the program here and follow along with #StreetArtByPerrier.