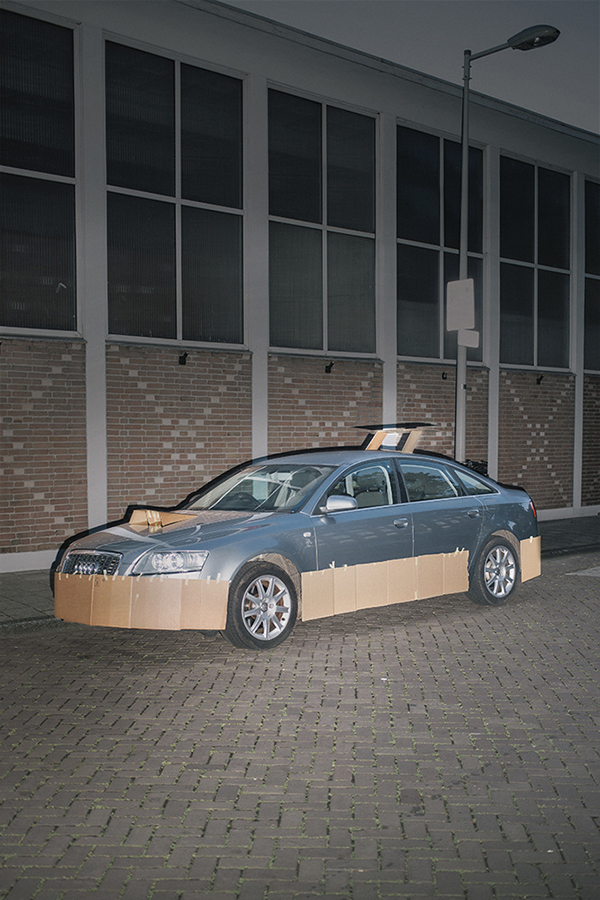 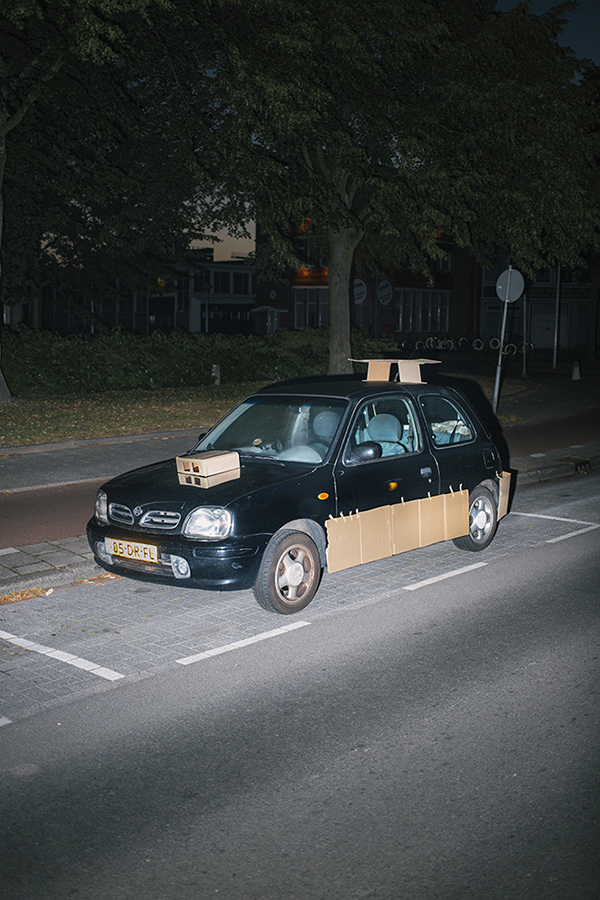 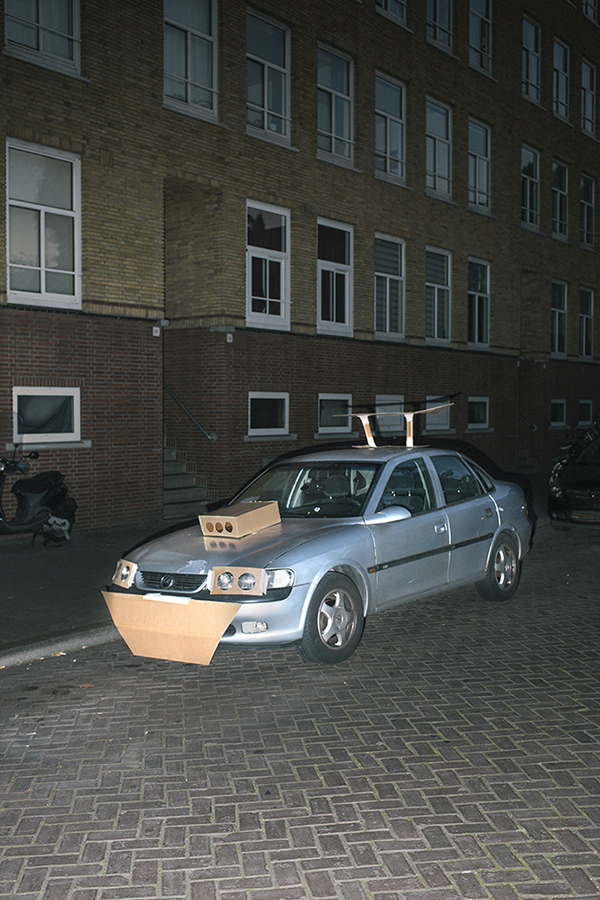 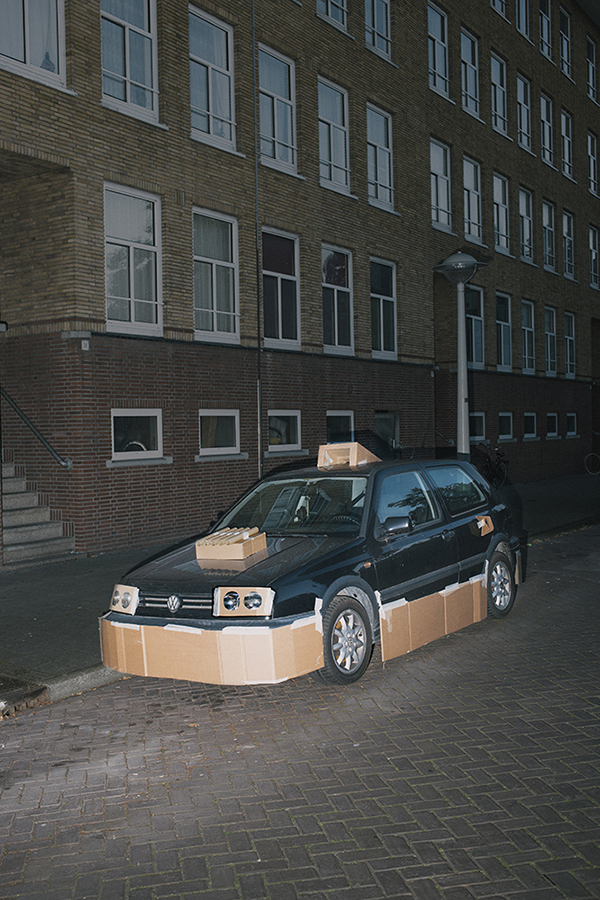 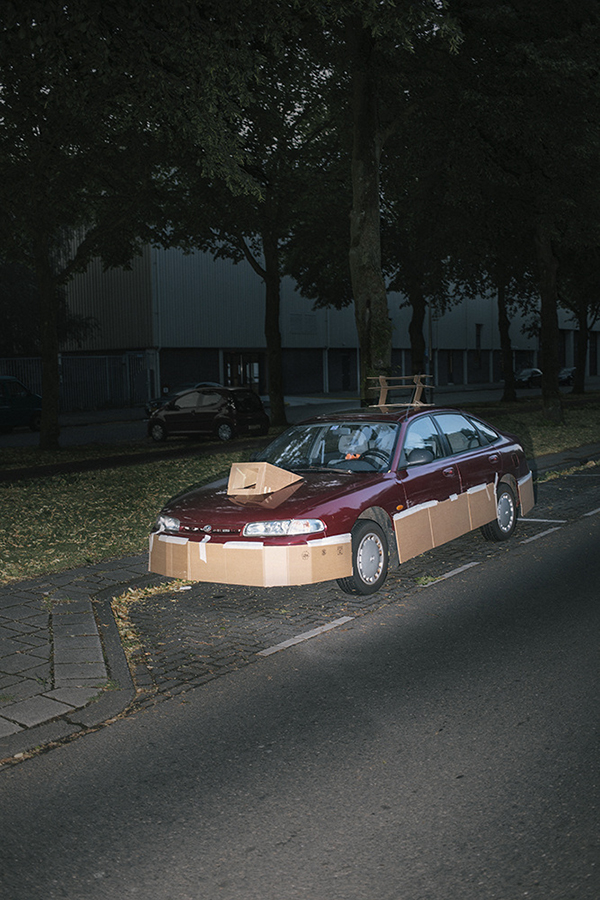 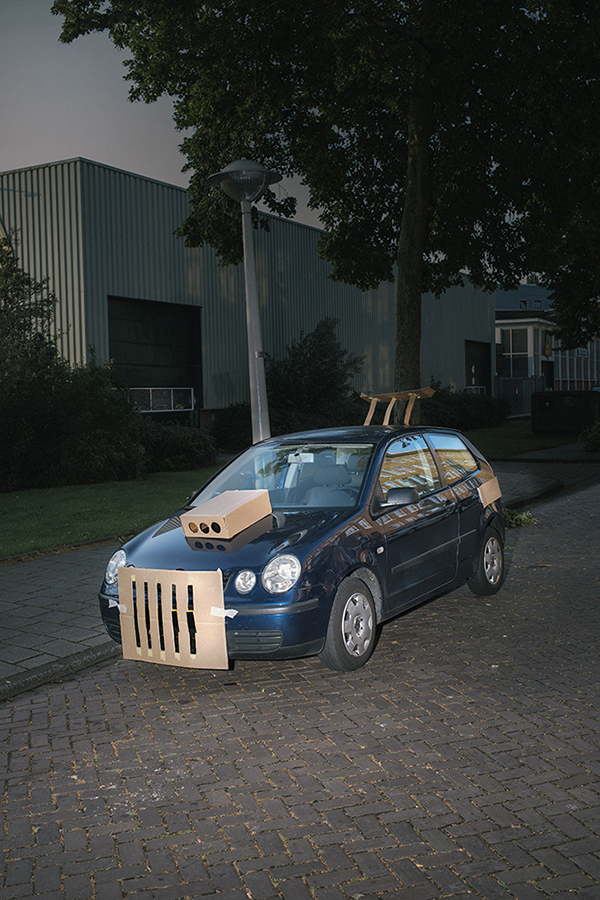 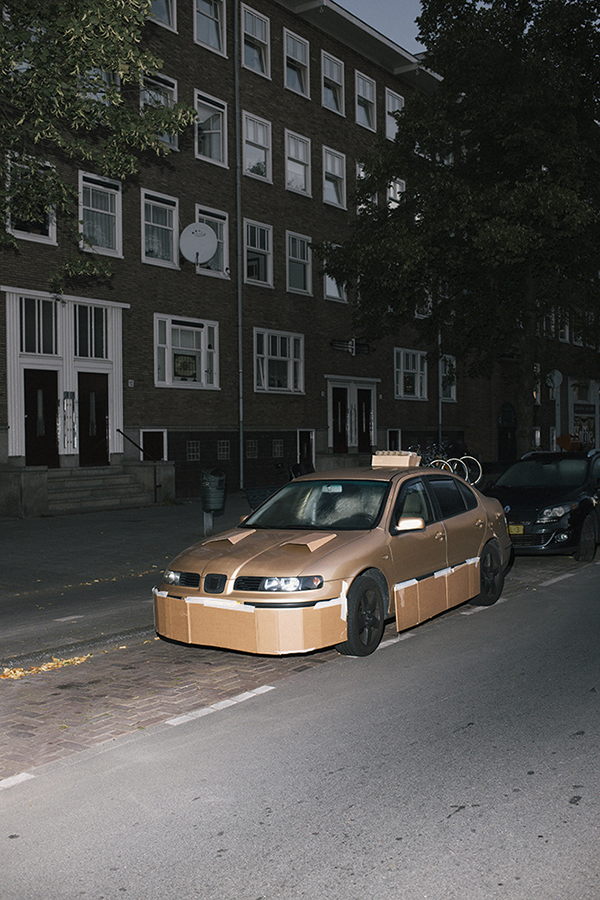 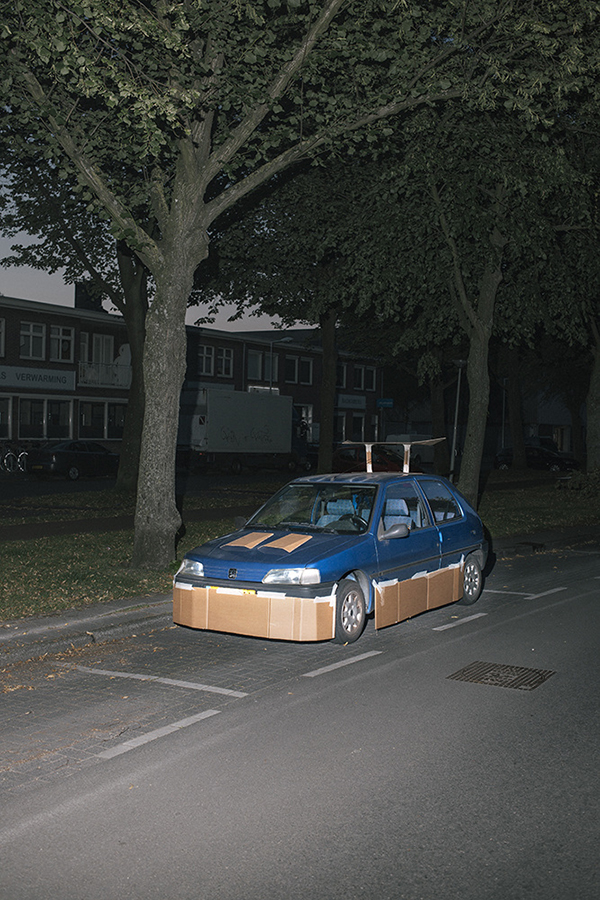 Roaming the streets at night, photographer Max Siedentopf carefully selects various cars to transform with his custom made cardboard automobile accessories that include spoilers, curtains, fenders, wraps and exhausts. Photographing them after their upgraded alternations, Siedentopf then removes his alterations, leaving the car back in its original condition. Living in Amsterdam, the artist says his occupation is working in a church with the rest of the time allotted to playing. Siedentopf’s work has been included in several publications and he has worked for clients such as Coca-Cola, PayPal, American Apparel, MOCA, DHL and more.